At the end of the day

Ah, the promise of a romantic evening and night at the end of the day. For some, there is nothing better than to curl up on the couch, watch [something] with a glass of [something] and wait until darkness arrives. 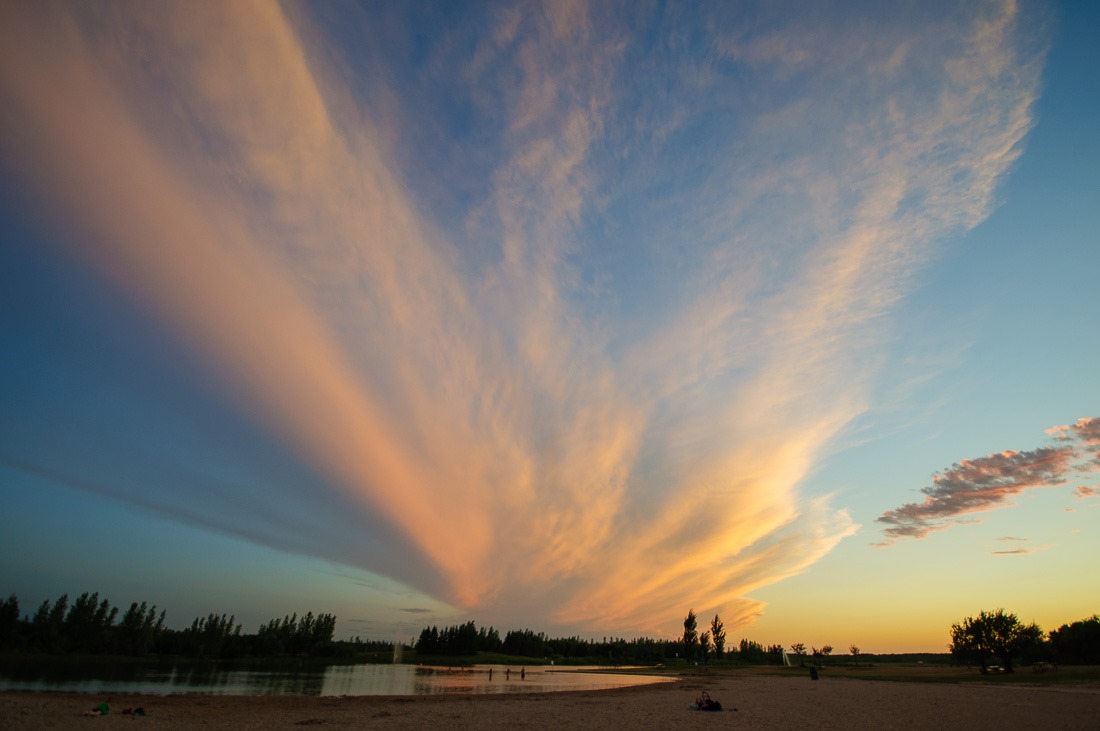 While some nights are perfect for that, other evenings are better suited for photographers and their urge to be outside an shoot something. Ok, that’s a lot of “somethings” in two paragraphs…

So what can be more important than the couch on a nice evening? I can think of plenty of things, one of them being going out and shoot the sunset. Before I picked up a digital camera, I hardly ever gave sunsets a second glance. “Yes, nice” or “Beautiful!” were my expressions and then I moved on. Without ever looking again at what a sunset could really show. 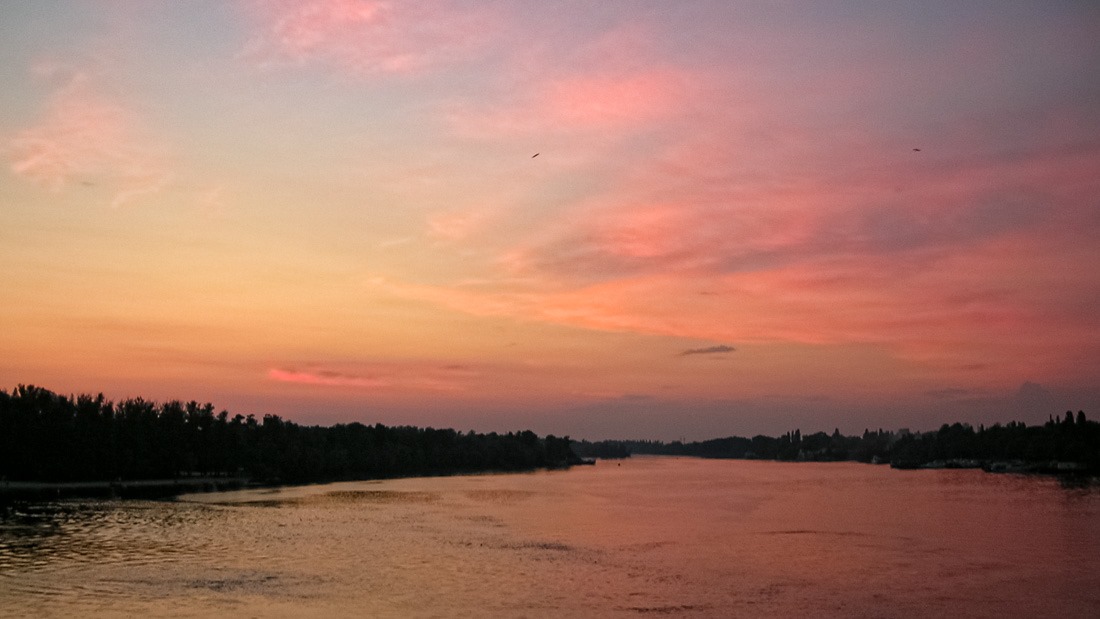 Then came the time I got my first little Point and Shoot with digital pictures. Now I could try out all kinds of techniques to show that “Beautiful” sunset from more than one perspective. The above shot was taken in central Kyiv, Ukraine. While many people say that Point and Shoots can hardly take good shots, this is a big misunderstanding. It can take great shots, if you take the time to learn how to use it.

Today’s cellphones have taken over the market of the Coolpix and the likes, but for me, that is a pity. Point and Shoots had real lenses, real zooms as well as plenty of possibilities to take good shots. Of course, having the camera in your jeans back pocket and ready to take a shot is more convenient, but hey, what were you carrying that phone for again? 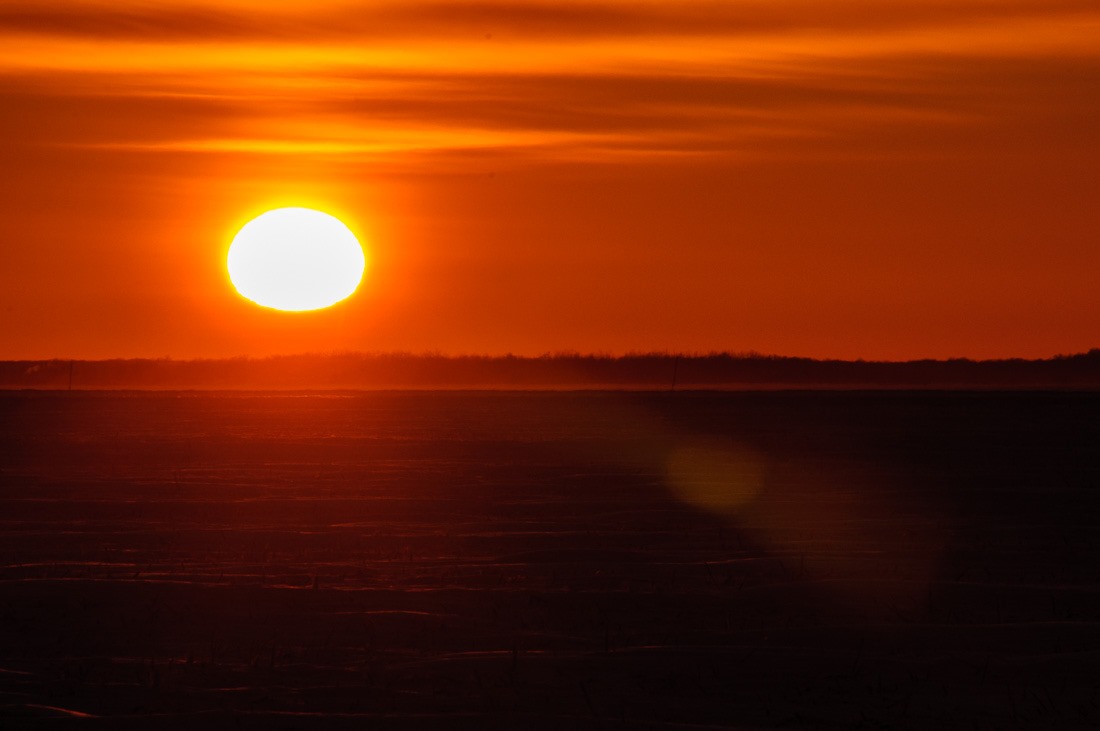 The photographer in me always wants to use a decent camera, be that a P&S or a DSLR. Days’ ends have this fascinating moment of peace for me. Whether it is icy cold or stifling hot doesn’t matter. The moment that the sun goes down and you have this one instant of peace is all worth it. 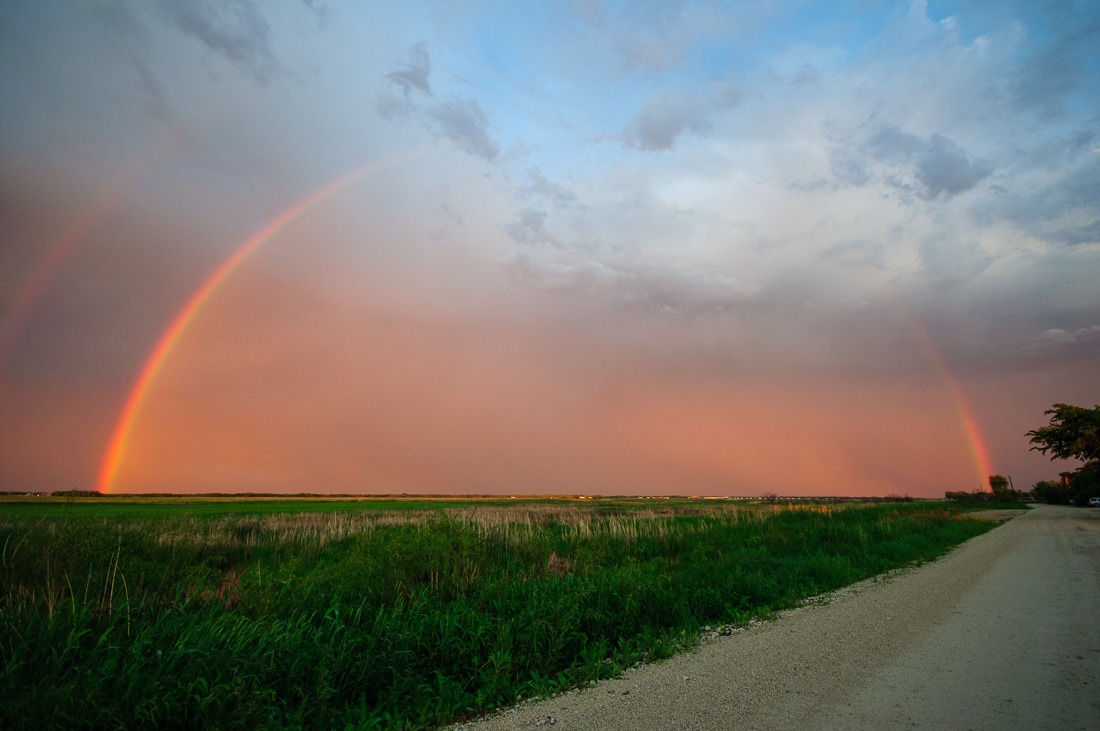 Of course I have missed countless sunsets by simply watching and enjoying them instead of photographing them. But therein lies the secret of photography. You can shoot whatever you like, but if you can’t enjoy that moment at the same time, your photos are not going to come out with that feeling you had when you were there. 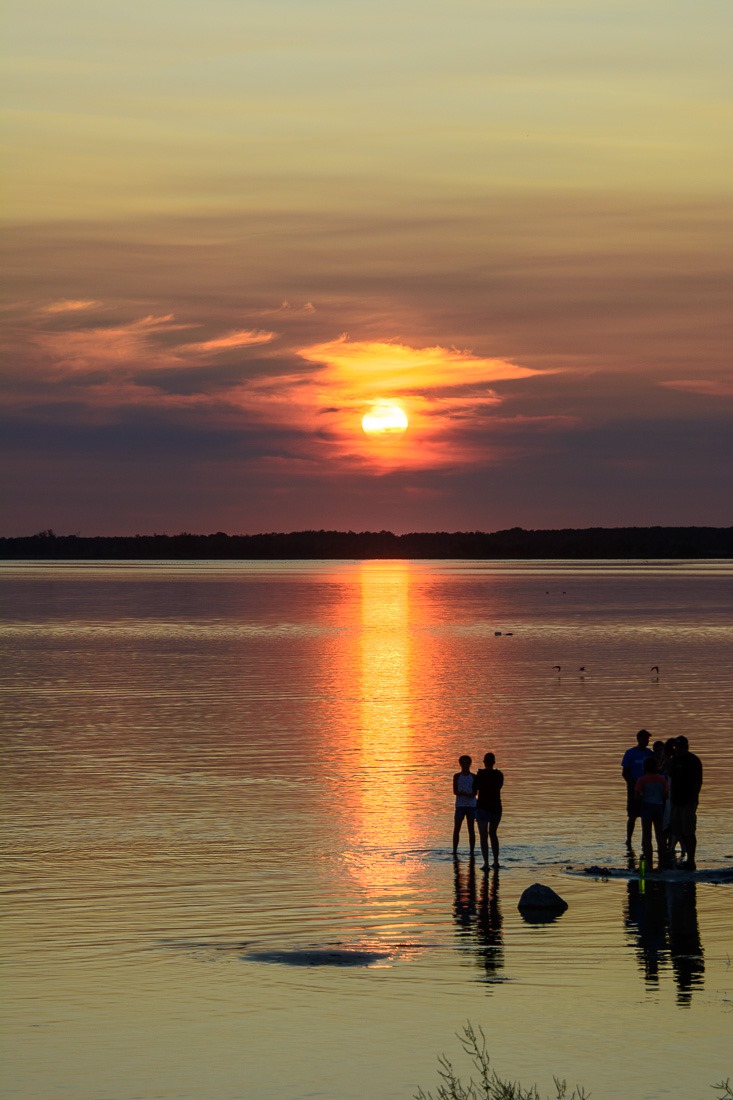 Each picture on this post has a special feeling associated with it for me. For you, they may just be pretty pictures, or even just pictures without any interest. That’s why I take those shots. Everyone gets a different idea when looking at those pictures. I remember a friend of mine who took a sunset picture from my balcony over the Mediterranean. He had it on his bedroom wall for years, while I had the real thing to enjoy whenever the time was right. 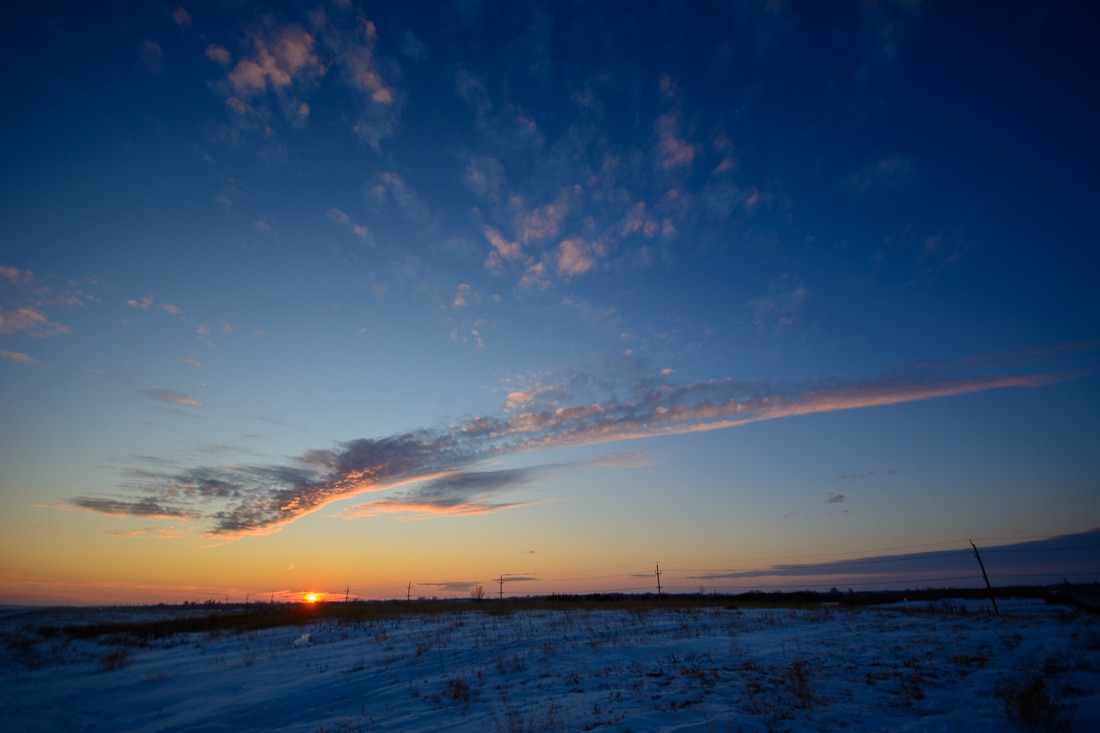 My time on the prairies had the most beautiful sunsets every year. Either they were wild  or subdued, there was always something to see and shoot. The wide expanse of the land and the big horizons always made for great opportunities to shoot a sunset. 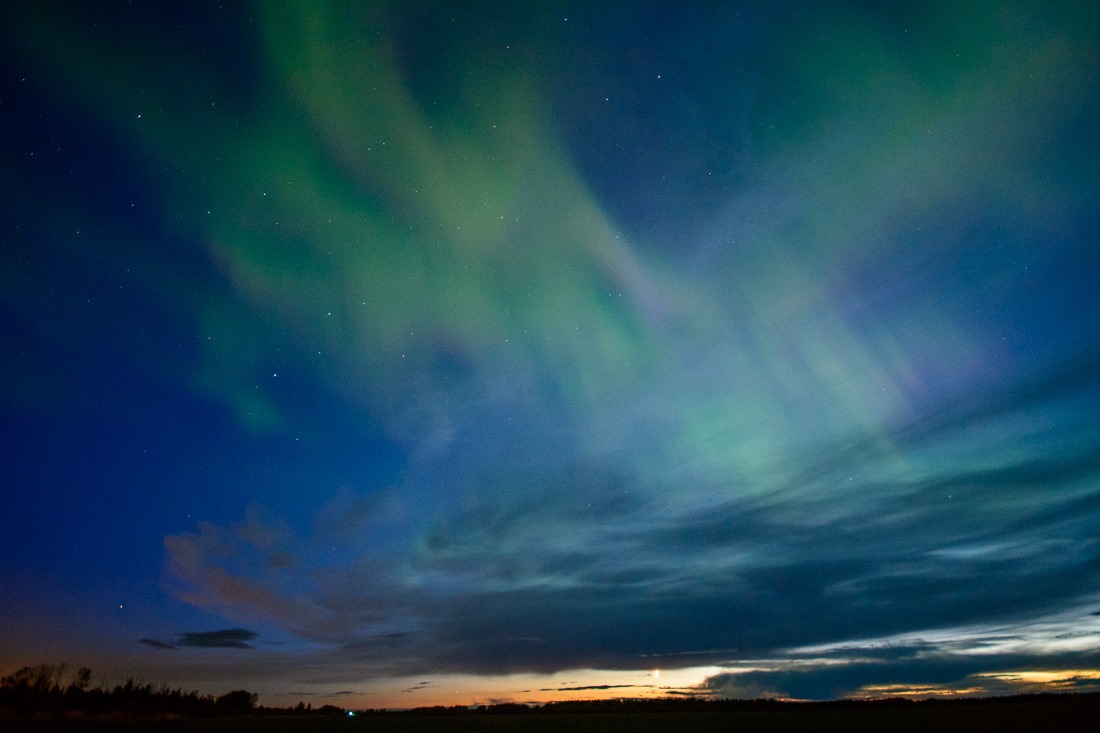 Sometimes, that sunset had a little twist as well. The above picture promised a big night of Aurora as well. This time they were so strong that they could compete with the setting sun. The rest of those pictures can be seen here. To get a sunset accompanied by an aurora is quite unique, I’d say. Oh, and the bright spot under the clouds is the setting moon, the sun had gone a few minutes before that. 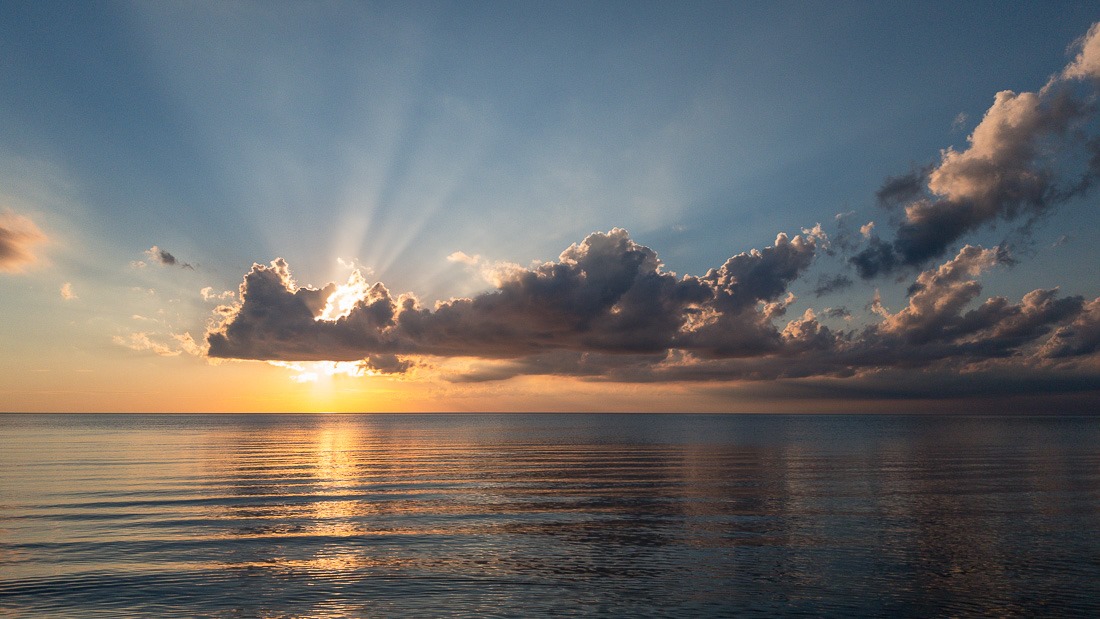 Of course there are also the sunsets over water. Lake Manitoba gave some nice opportunities too. This was on a nice trip to a campground that nowadays is private and exploited instead of managed as a public treasure. Oh well, I guess one day people will come to their senses and manage it as it should. 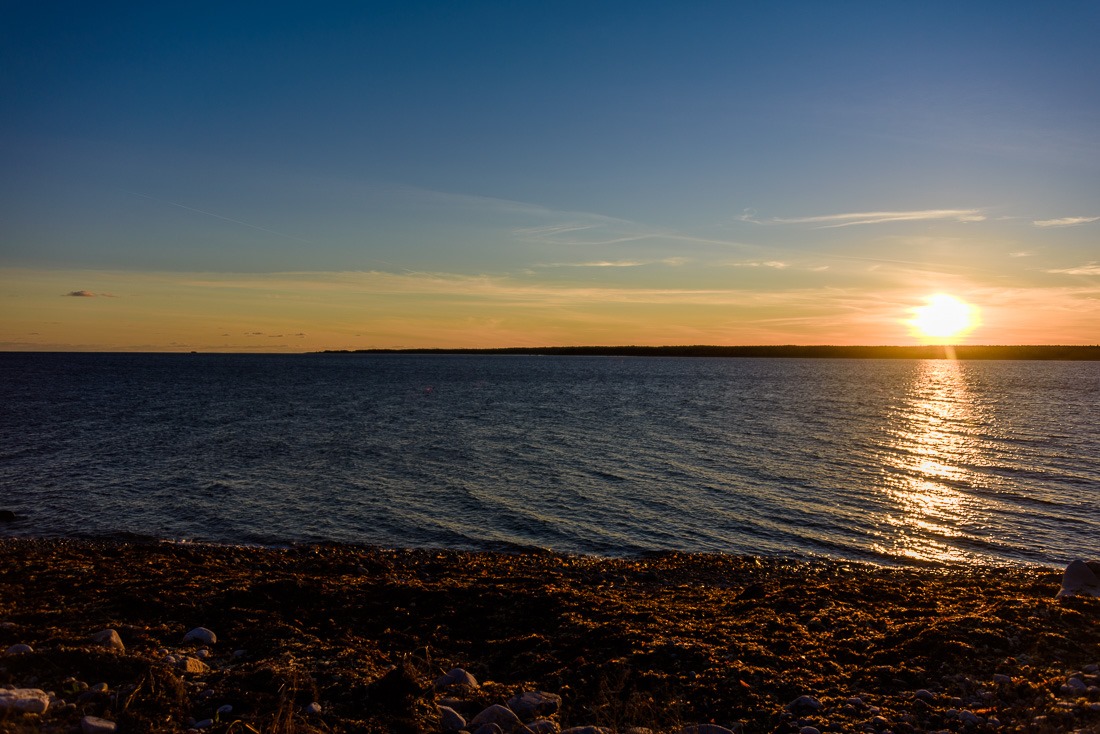 Sunsets over water or over land. Perhaps both? This one was in Nova Scotia, only taken recently. Again, one of those moments to be enjoyed, plus a few shots taken before it’s too late and then move on home.

The lead picture was taken in 2011. The first meeting with the Manitoba Foto Friends. The first time I met a friend who just recently has passed away. May she rest in peace.

Sunsets at the end of the day carry emotion. Not the tear-jerking kind, just a quiet peaceful feeling of “there is more to come”. That’s what it’s all about when you photograph them. There will be more.