Or so they say. The world is full of wintery pictures, each picture more beautiful than the next. Yet we all continue to photograph the subject as if it will never come back. I admit that I photograph subjects to remember them, one way or another. Wintery landscapes have always made me dream. 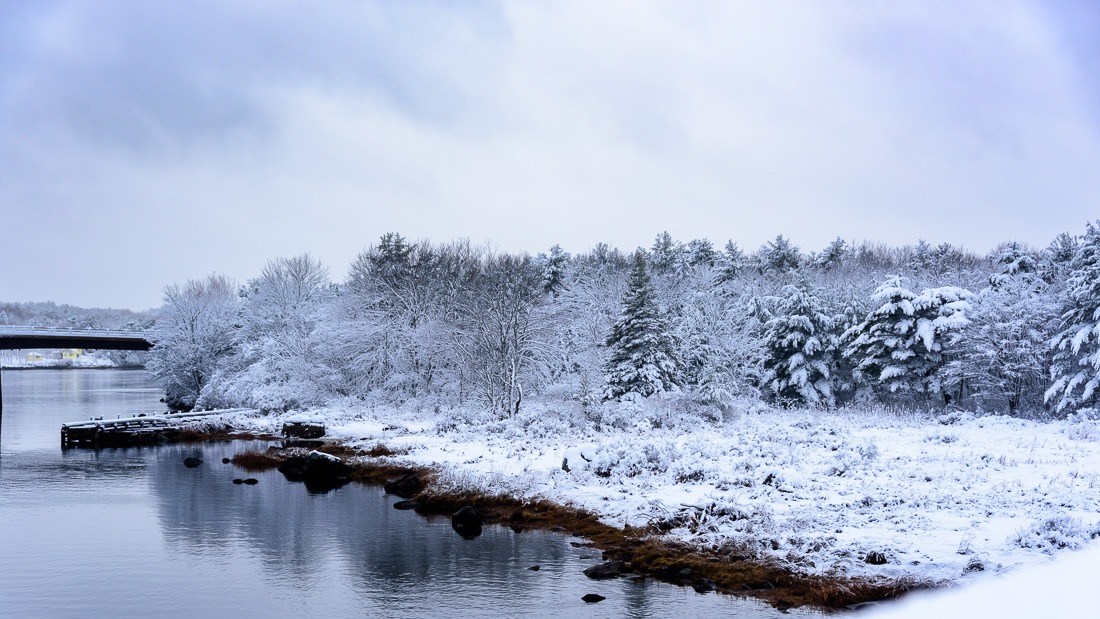 Not so much the temperatures of –30C, but hey, those come with the territory.

When I was young, one of my brothers came home with a bunch of pictures of Switzerland in the winter. I immediately knew that that was the kind of picture I would want to take. On top of that, some of those pictures were taken at night, with lighting that could not be matched in daytime. Another challenge for me.

Then came my time in Manitoba, where winter is a big part of life. Frozen lakes, frozen rivers, frozen forests, frozen fingers and frozen cameras for months on end. Enough to make you either love or hate winter for the rest of your life. 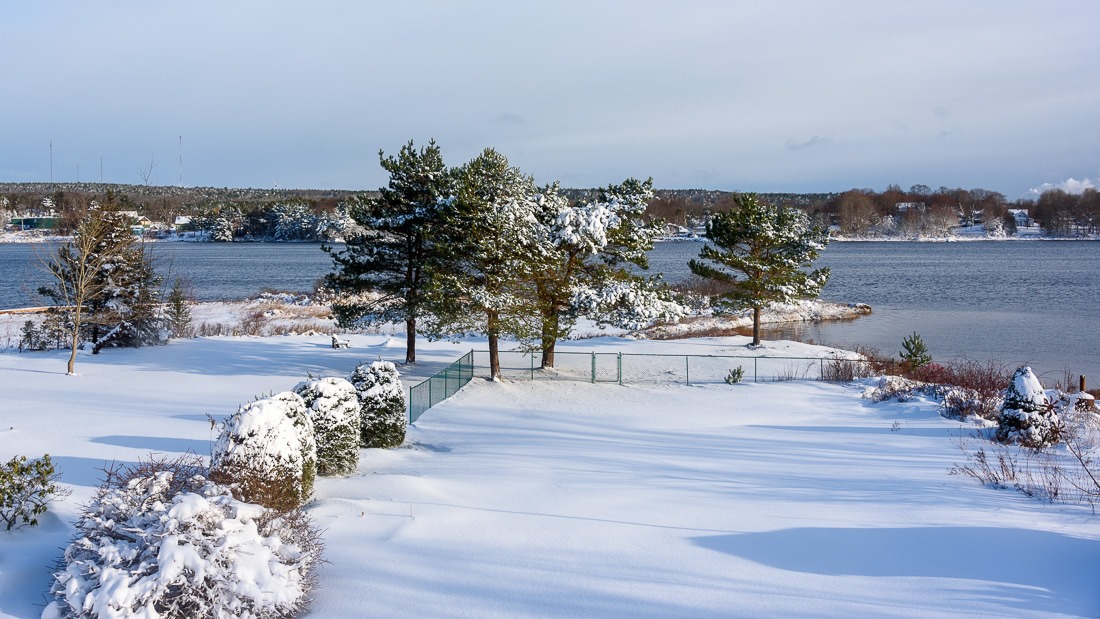 A fresh start of the day

The challenge with winter pictures is to show that it was cold when you took the picture, but the subject itself should make one feel “comfortable”. This kind of contrast is not easy to attain. Of course, if the goal is to make everyone hate winter and snow, then snowstorms, blizzards and other niceties of Old Man Winter will be on the menu.

Yet here I am, trying to be positive with this blog, trying to make me (and everyone else who reads this) feel more comfortable and positive. So, no Hollywood-style horror pictures for me. Taking winter pictures here in Nova Scotia seems to be somewhat of a challenge. Ok, it’s only my first winter here, I haven’t even seen one through completely yet. So far, winter comes and goes. Snow falls by the shovelload, then melts within days. 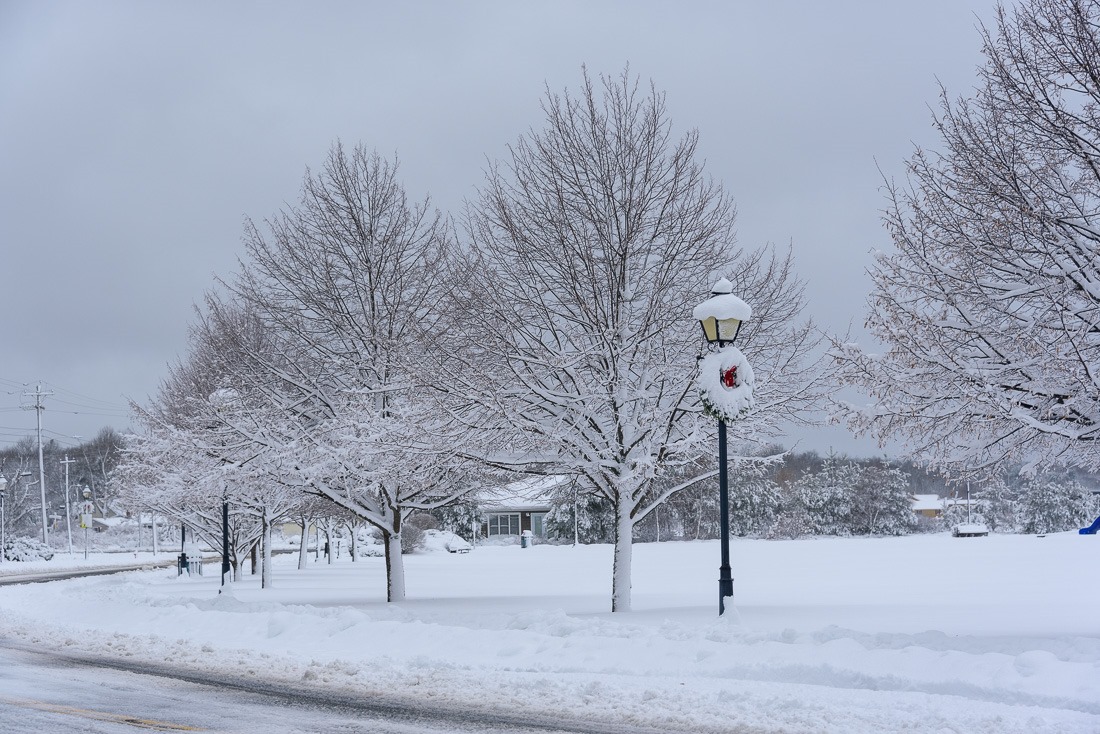 The car is always needed when the snow has just fallen, making me shovel driveway and car. Yes, the car under a foot of snow doesn’t go anywhere until it is properly excavated cleaned. The next day, the snow is melting away, flooding the yard and leaving only memories. By then, there is no need anymore for the car. 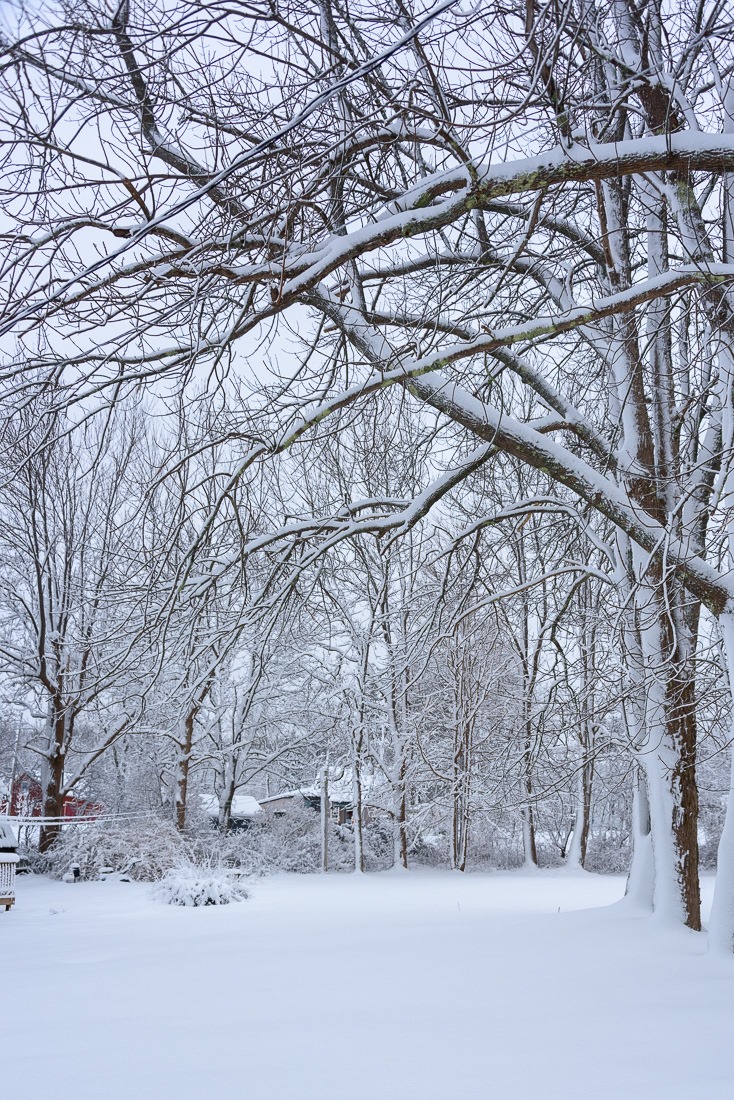 So the idea of photographing winter scenes in Nova Scotia seems to need quick action and a shovel. Shoot that scenery while the snow is still there. Snow here is sticky, nothing like the Prairie snow that fills every pore and fold of your clothing, no, here the snow sticks. Shovelling it is a task for Hercules, not for me. 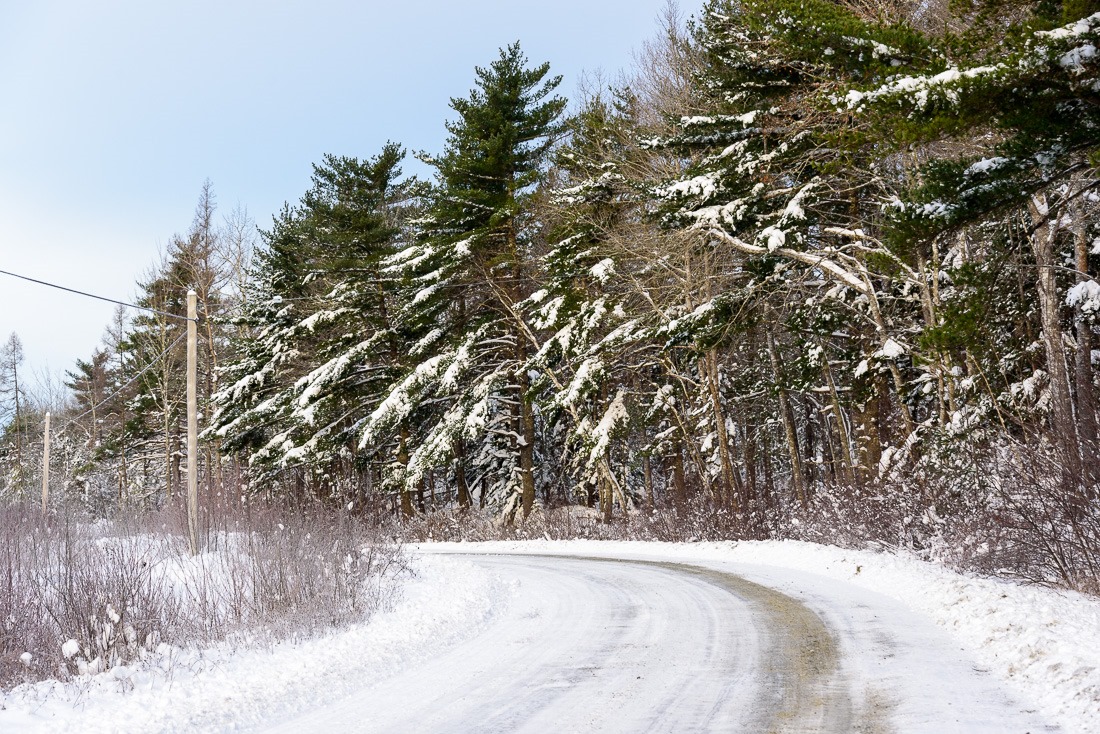 Granted, scenes like the above picture are common in both Manitoba and here in Nova Scotia. But here it was kind of a challenge to get that picture in the first place. This one was taken early in the morning, before the snow had melted later in the day. In Manitoba, this kind of shot would have patiently waited for months to be taken 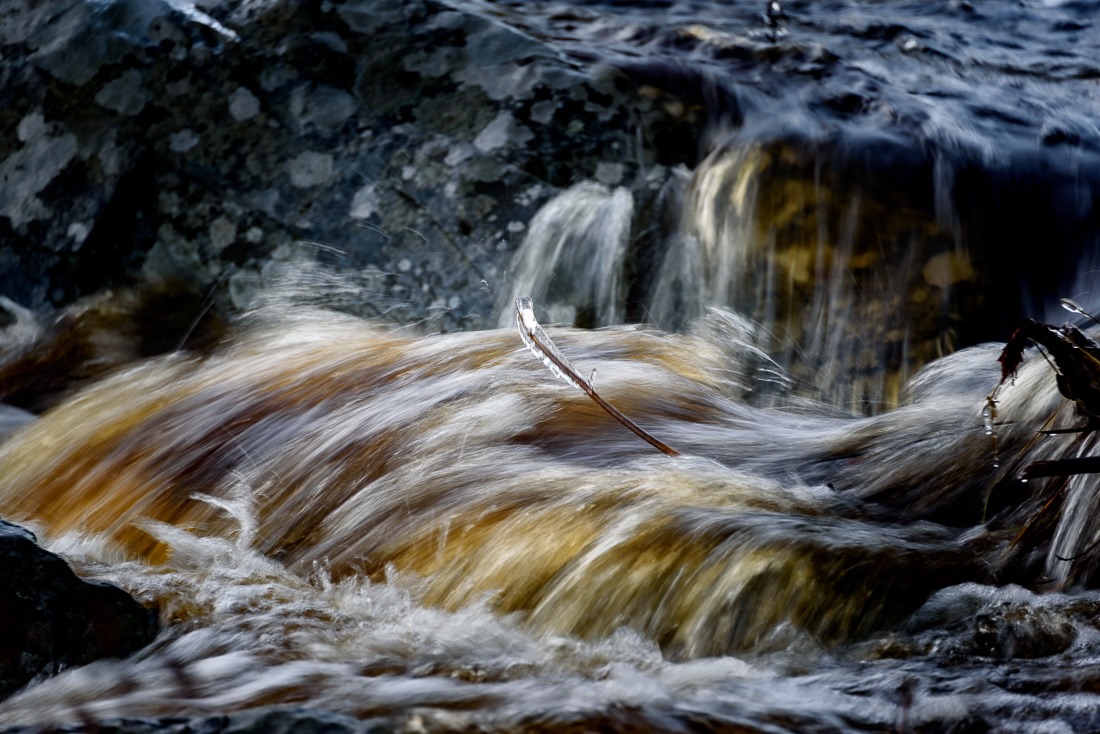 But not here. The next chapter in snow shots in Nova Scotia is dealing with the runoff. Local rivers that are tame and friendly in summertime, grow to epic proportions and flood more than their fair share of land. Yet here, that seems to be common. Nothing is built in those floodable areas. I guess common sense prevails here. 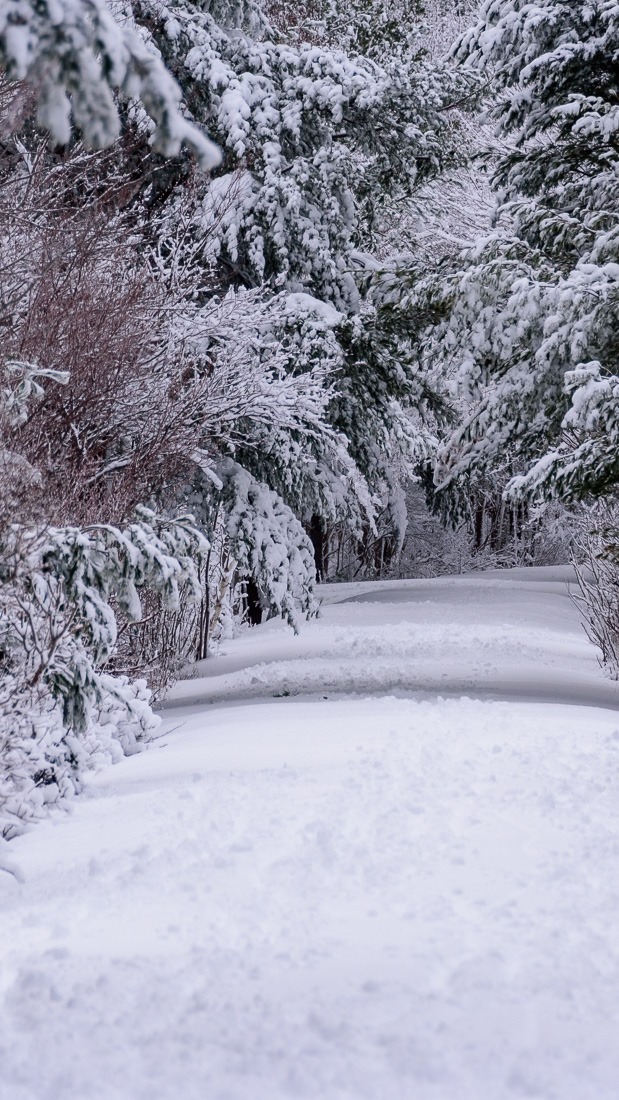 The snow here is sticky. The above scene is from the same Trestle Trail that I blogged about here. Hardly recognisable with all the branches coated in the white stuff. Again, a day later and most of it was gone. 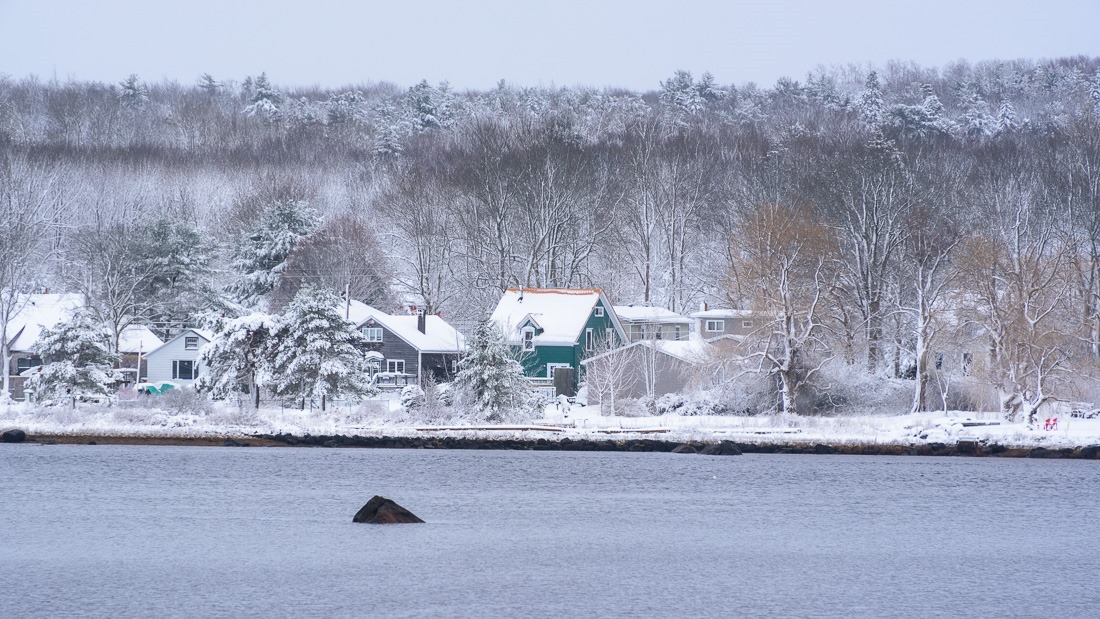 One thing I hardly noticed before with colours blending in from all sides, is that the houses in Liverpool are way lower situated than the surrounding trees. On this picture it looks as if the green house is going to be swallowed or overrun by trees from behind it. To me, this looks like a giant wave of ominous matter, ready to be spilt onto the houses.

Winter scenes in Nova Scotia, something to shoot because they’re beautiful, but if you blink, you might miss them.