I love trails. Walking along paths that seemingly go either nowhere or take forever to get to the destination. It doesn’t mean I take them for their whole length though. No, short stretches on them in different places are good enough. When I arrived in Liverpool, NS, I had no idea that one of those trails would start just close to my house. 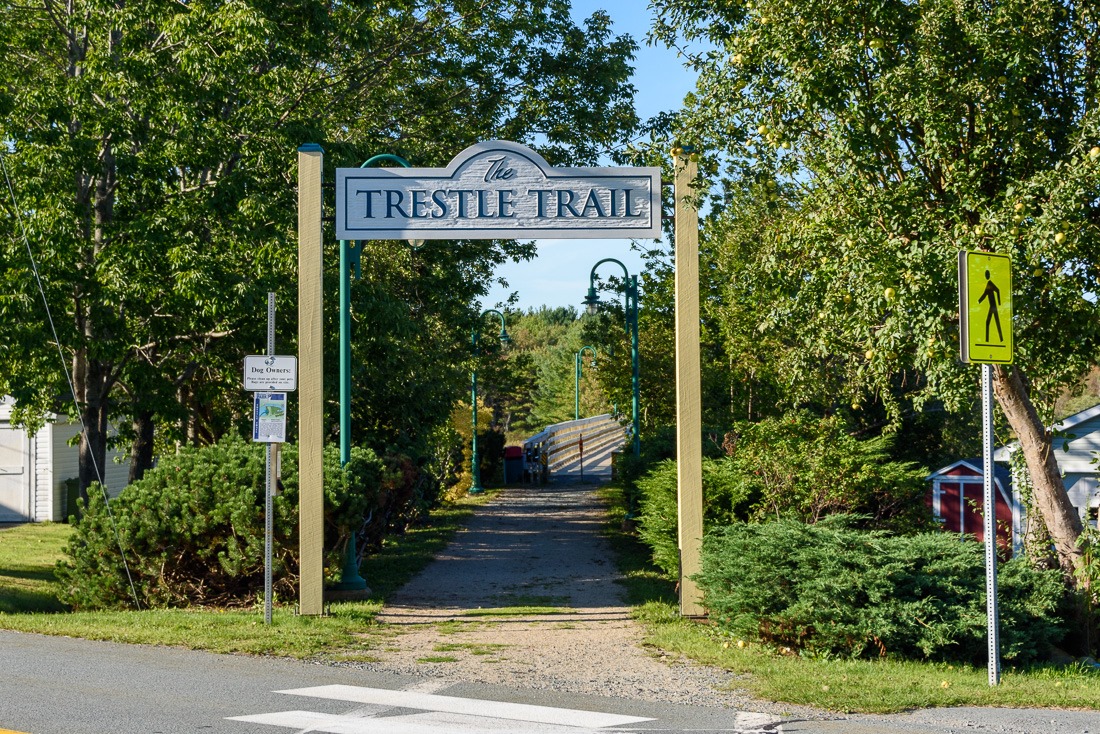 Google maps showed some mysterious “road” across the river, but nothing to be seen on Streetview. Once the unboxing for the house was done, I decided to go and discover what that “mysterious” path across the river was. It turned out to be a complete (incomplete) railway line.

The railway has left long ago, but the track foundations have remained. Instead of obliterating everything under either roadways or construction, the decision was made to keep the trail and make it into an attraction. A nice trail to walk on, with here and there some bridges to cross waterways. 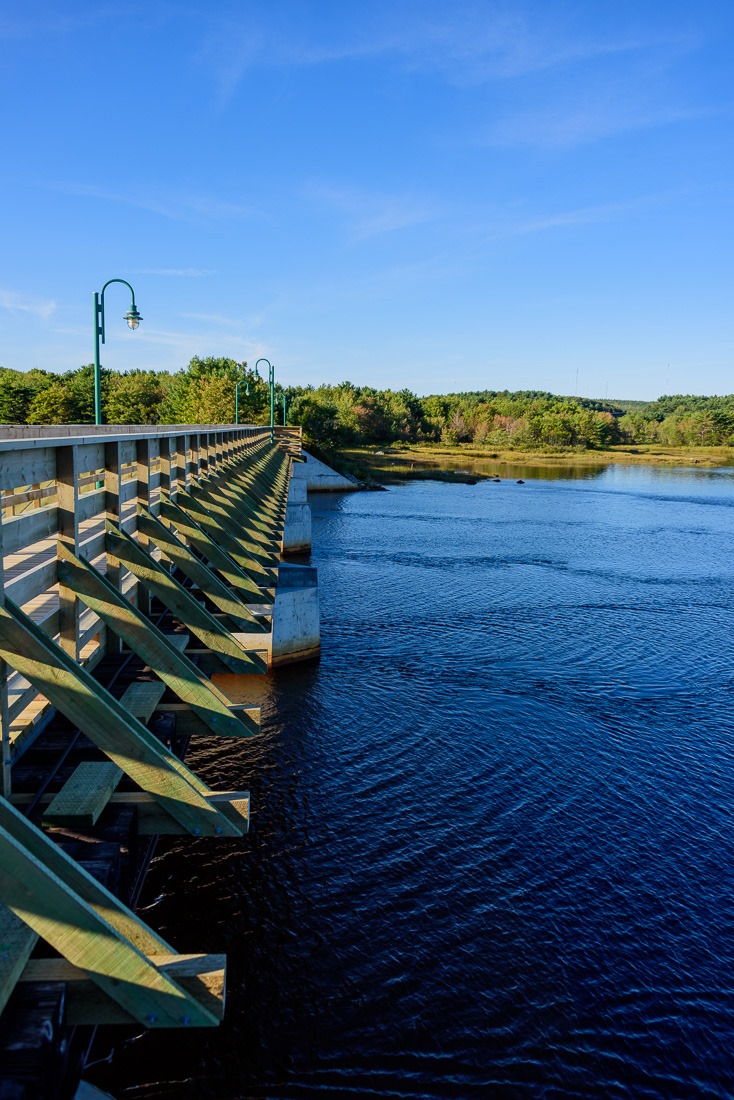 Fairly strong current under the bridge

The first part is very easy to walk. It curls around my house and sometimes I think I can even hear a train whistle. That must be phantom trains as there are none left in the region. The above bridge was recently renovated and re-secured. It was falling apart and was no longer safe for traffic. Now the bridge is in tiptop shape and good for at least 25 years. More if no vandals will destroy it. But the town of Liverpool has none of those. It’s a nice sleepy town. 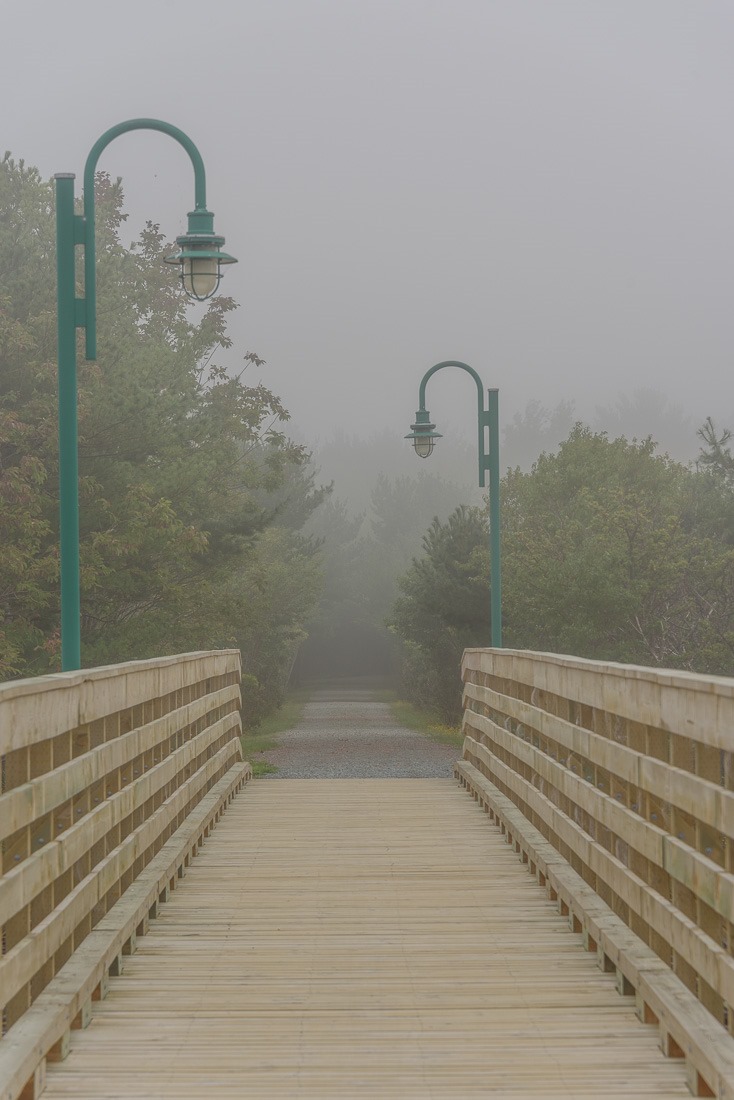 The town of Liverpool was founded in 1759 and soon became a port for privateers, a kind of glorified, legalised pirates. Along with the privateers, writers and other folk came to the town. In 1901, a railway was built to accommodate the logging companies and some passengers. In 1908 it was linked to Halifax and more transport was provided. The line remained active until 1984 when the decision was made to pull the rails. 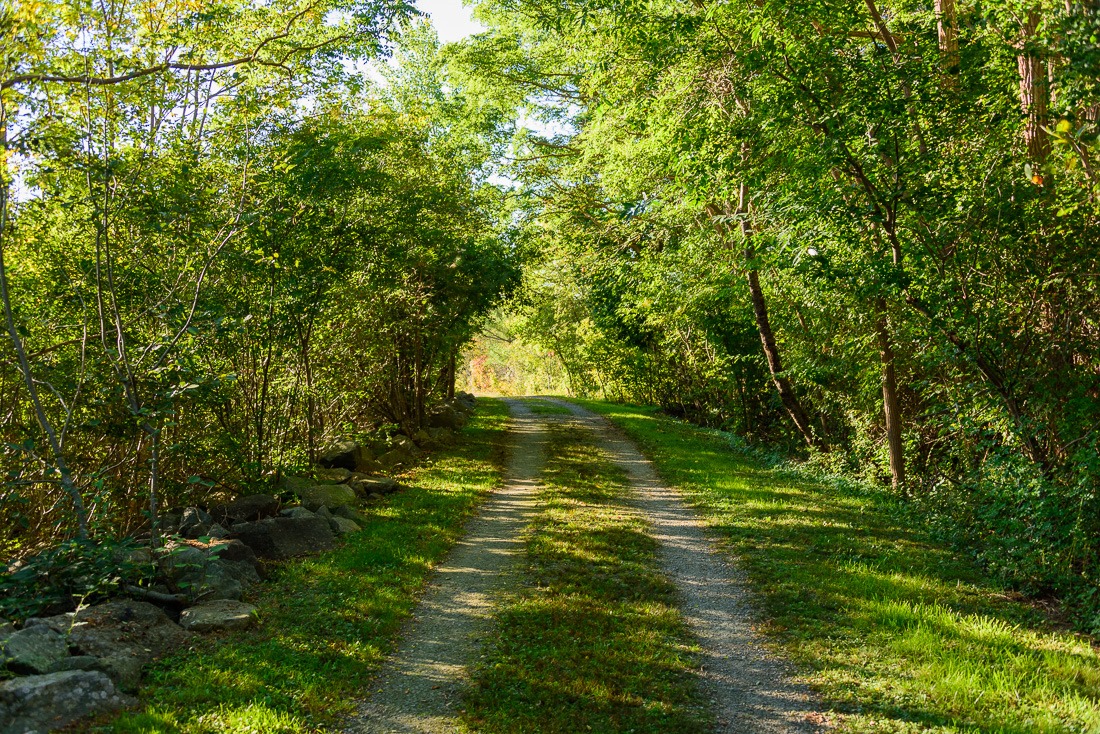 Train tracks in the sun

All that was left was the old path along which the trains had rolled. Since the railroad had been so close to the river, there was no way to sell lots of it for building purposes. One decent flood and the houses would be destroyed. No, better use the trail for relaxing instead. And so the Trestle Trail was created. Now a trail that spans from Liverpool way down to the south of Nova Scotia. 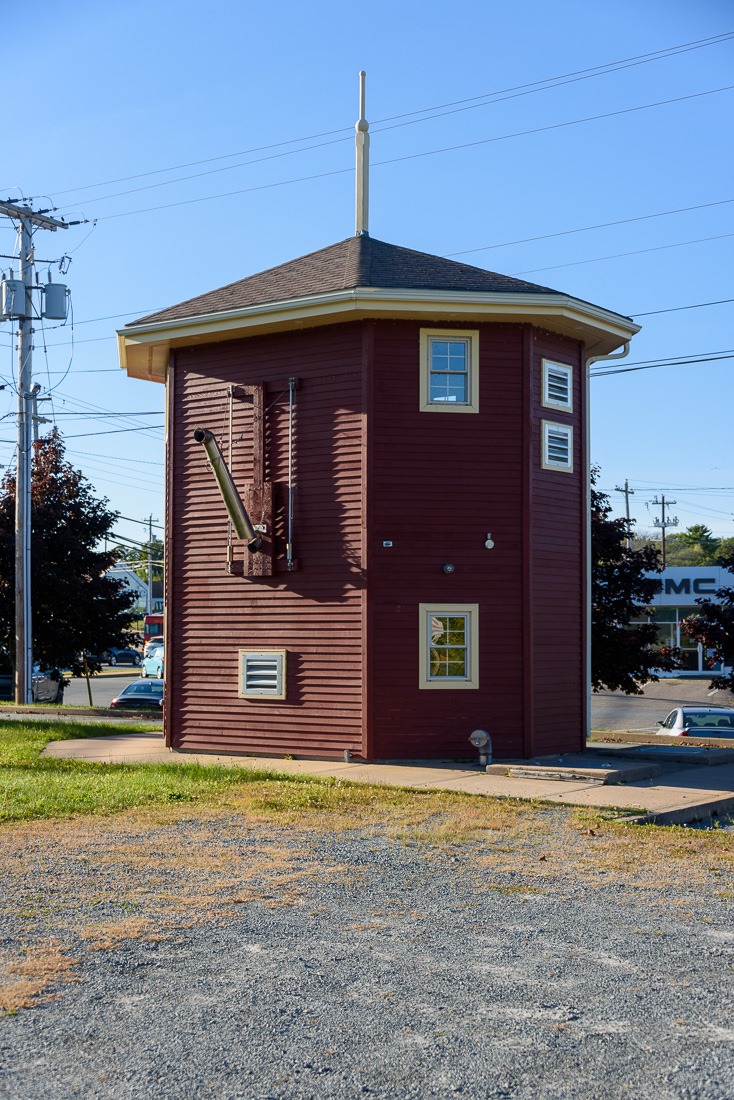 Liverpool has retained some of the buildings from the old line, like this watering station, now used for chemical waste disposal for RVs. A nice touch is the stove-pipe to show what the building was used for in its heyday. 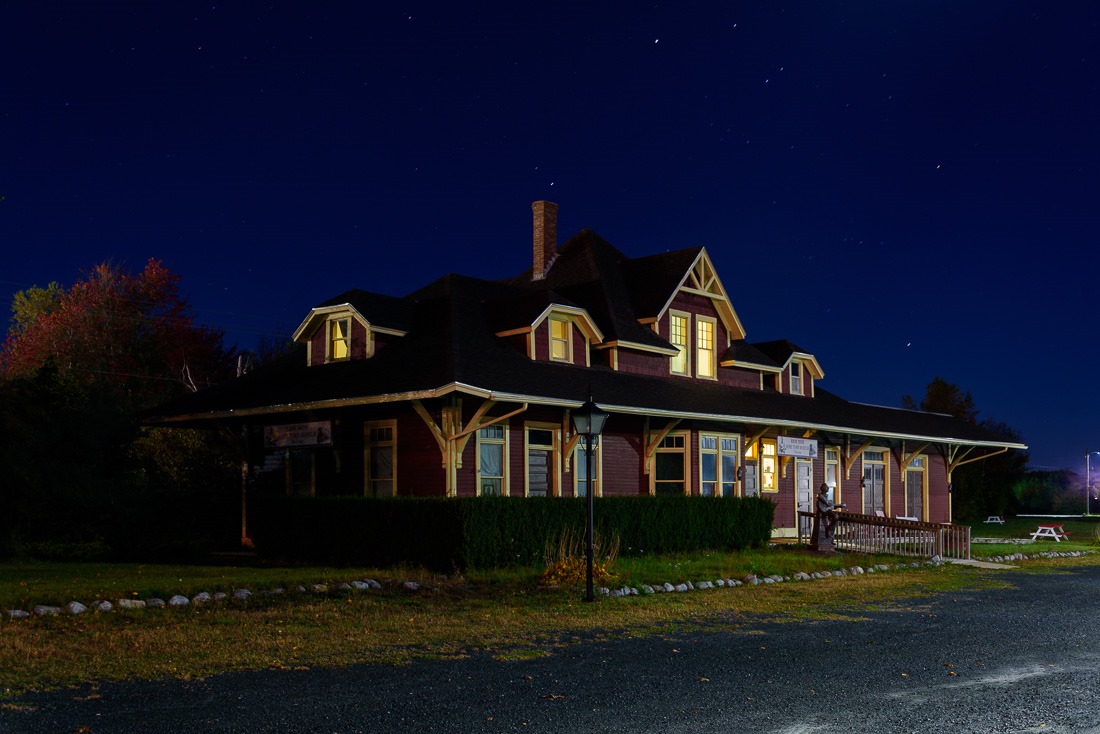 Another building is the old station house. Used as a museum dedicated to Hank Snow, it still looks great. Apart from the melodies of country singer Hank Snow, there are also rumours of ghost trains still passing by during the night. 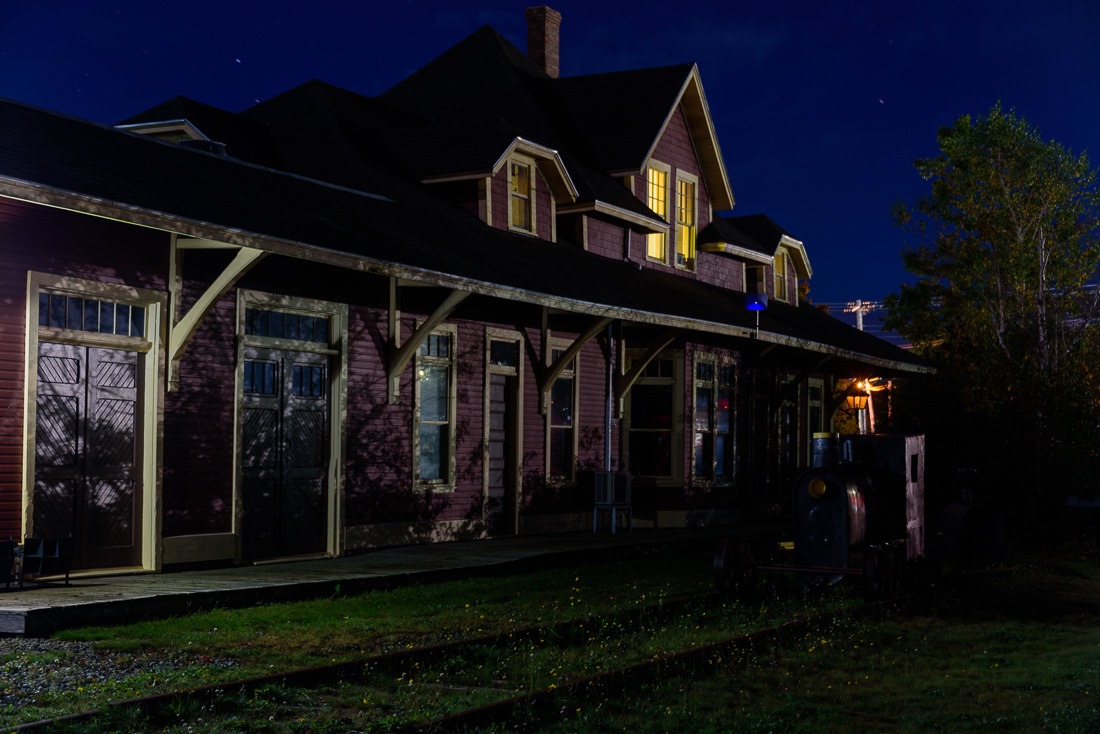 I set up my camera one late night and waited. And waited. It seems that besides the surveillance system I also caught a glimpse of the ghost train. As usual with controversial pictures, the quality is low and the subject is hardly recognisable 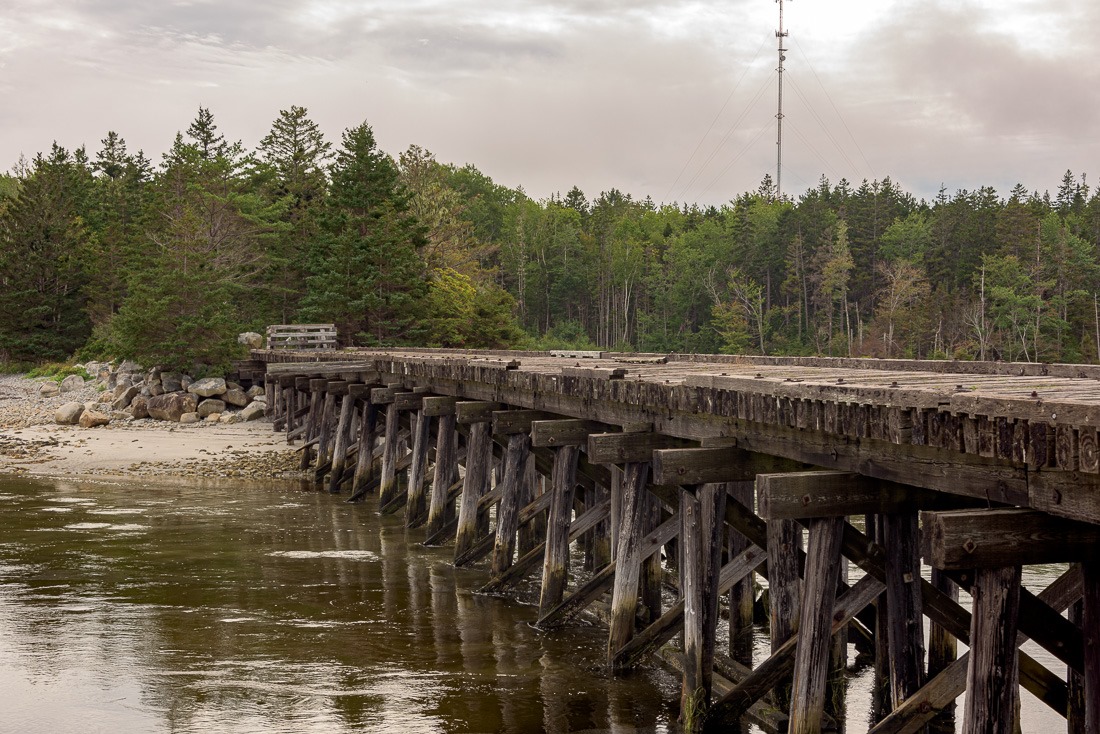 Yet the trail goes further south. Here and there, parts of the old railway are still visible. Some of them can be used for recreation, other part have been sealed off. Some 20 kilometers south, Summerville Beach still has a trestle bridge of the same tracks. It is clearly closed off, but flexible people can still jump on to it and dive into the waters below. I met one man of a certain age who told me that in his younger years he and his friends went on the bridge to dive into the stream below. 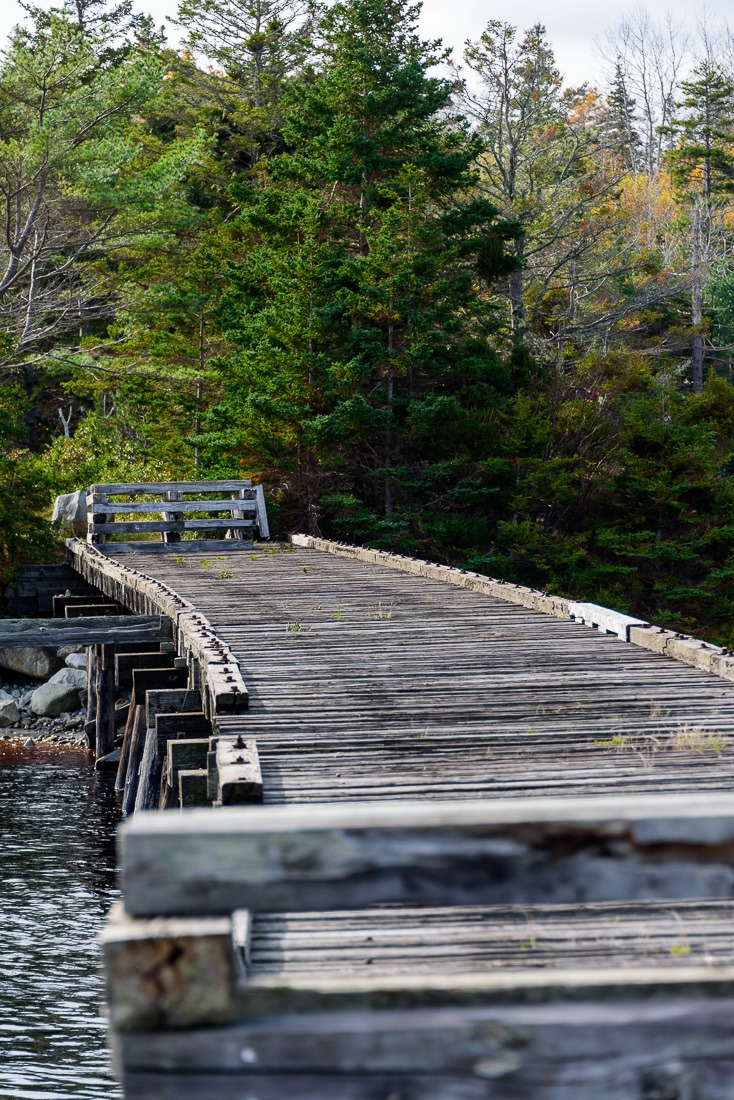 I asked him if that was safe. He told me that the water was surprisingly deep under that bridge, due to the current that empties the lake and refills it with each tide. A good 5m deep, he said. I think I will believe him and take his word for it.

So, in a seemingly “empty” area, there are still plenty of things to see. Well, “empty” was my initial idea, but since then I have discovered so many places close to my home that I hardly have to move to get amazing pictures of all kinds of stuff. I guess we’ll see lots more of that in future posts here on my blog.

If any of you would like to enjoy a place like this, there is plenty of accommodation close by. Give me a shout and I can arrange things…