The benefits of monitor calibration

For a long time, I thought that my single monitor had the correct colour settings. It was brand new, after all, a brand new monitor should be set correctly, right? Wrong. They are set “approximately” right. Switching between the different colour profiles on the monitor menus gave different results, 9300K, 6500K, sRGB, “PhotoRealistic”, all different displays. Since many of my pictures go on the web, the use of sRGB was recommended. For me, that didn’t look right, and when I compared the display of my monitor to another computer in the house (over the internet) the result was less than appealing.

But what the heck, my new monitor should be good, right?

Then came the time I acquired a second monitor. Same brand, same model, just a few months apart. It looked like my experience was going to be great.

When I put the two monitors side by side, the difference between the two was “interesting”, to say the least. 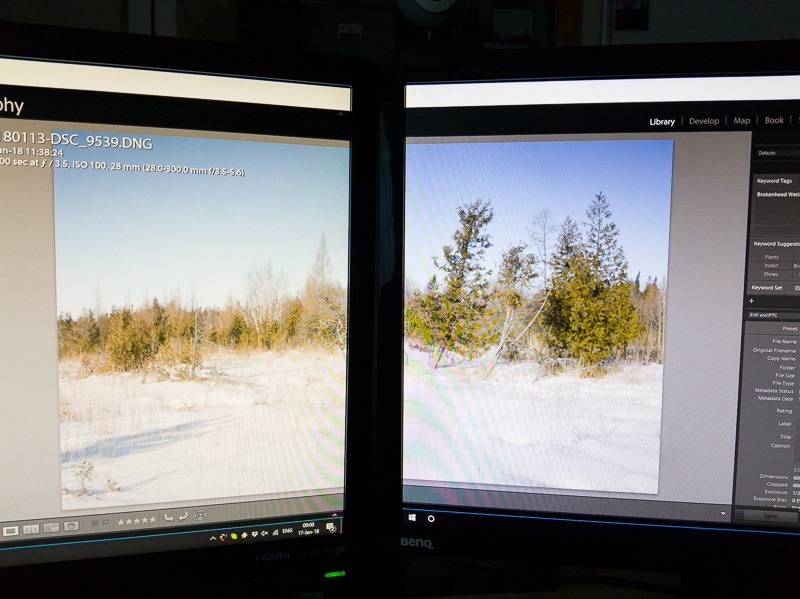 Here is a cellphone screenshot of a single image shared between the two monitors. While the moiré is a side effect of the camera in the phone, the difference in colour between the monitors is clearly visible.

So I tried to use the “eyeball calibration” provided by Windows. That was a great success. After 3 hours of telling Windows to create a great monitor profile, both displays now had the same colour difference as before. Then I tried to change the connectors of the monitors. Just to see if it was the video card or the units themselves. It was the units themselves. Of course by that time, there was no more warranty on them, at least on one of them.

So I decided to search the internet and came up with a device that calibrates monitors. At the time I didn’t even know that existed.

So, 250 bucks later I had a DataColor Spyder 4 Pro. I guess the brand and model don’t really matter, because colour is colour.

I installed the software that came with the calibrator, it auto-updated on the spot as well. Then I ran the program and there I was. 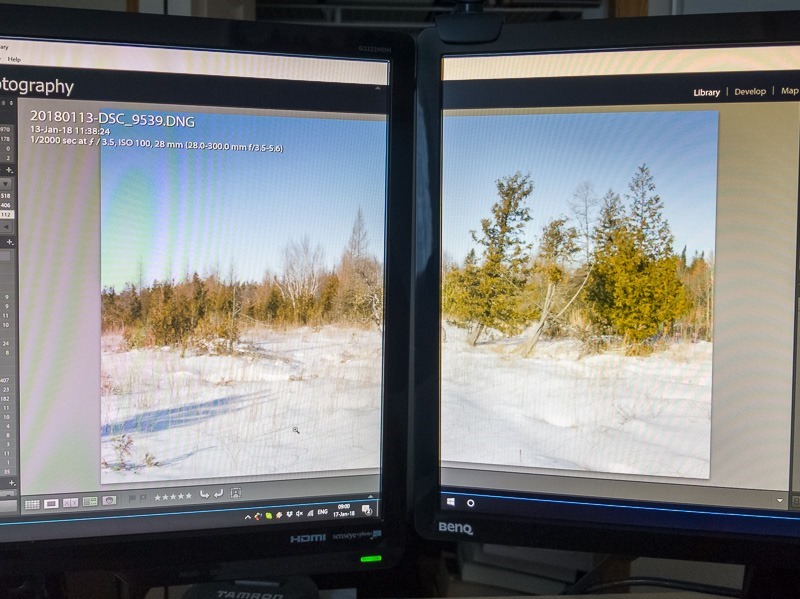 Again, apart from the moiré caused by the cellphone camera quality, you can see that the two monitors have the same colours, the same grey on the borders. Now I can go and post my images on the net, knowing that on my end the colours were exact.

If they display weirdly somewhere else, at least it’s not my doing.