How to un-goo a Garmin Etrex

Many people have come across this problem with the Garmin Etrex series. After about a year of normal use, the rubber band around the Etrex is coming loose. Not just because it has been in a warm car or has been left in the sun. I live in Winnipeg, and hot weather is not part of the climate here.

So, my rubber band came loose. First a little bit, then a little more and then completely loose. Well, loose… The gooey, sticky glue of the seal between that rubber band and the plastic housing of the Etrex simply kept sticking to my hands.

At some point it was not possible to touch the %^&* thing without having to wipe my hands afterwards!

So I decided to do something about it. 5 months after the first symptoms.

The first thing to do is to remove the rubber band as careful as possible, you definitely don’t want to make it bigger. 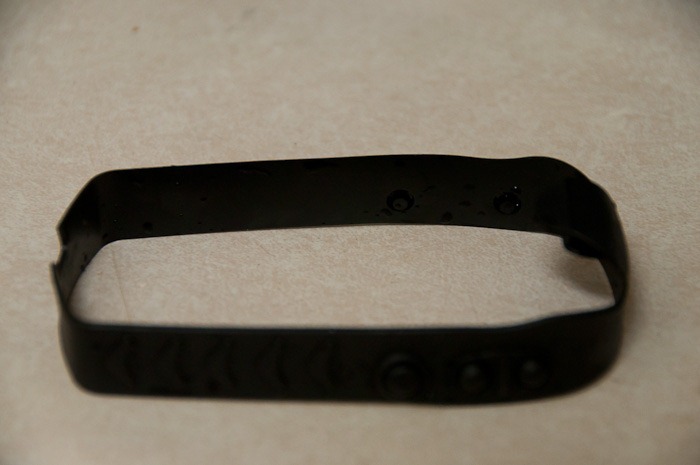 To clean the goo from the rubber band, you should take care to use a solvent that does NOT eat rubber. Goo-gone is such a product, it will clean the goo, as its name suggests, but will leave you with a distended rubber band, completely useless.

I use simple Mineral Spirits from Canadian Tire. 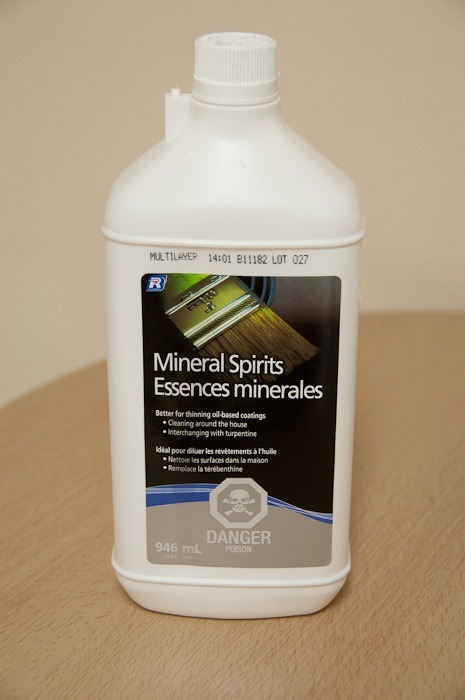 A little bit on some paper towel and you’re good to go. After that, clean the rubber band of spirits by washing it softly under a lukewarm tap using some dish soap. Soft is the keyword here. Then let it dry. The result should be a clean, goo-free rubber band. Make sure that the buttons are also cleaned and dried before doing anything with the rubber band.

Now for the Etrex itself. The Garmin site says that the Etrex can resist to an accidental dunk in the water. Sure enough, if you see how the housing has been sealed. There are two seals on the housing, the outer one, that is the one that has to go. The inner one is probably still good, it was in my case.

I left the inner one and removed the outer seal. In fact, that is nothing more than a piece of double sided tape. The same tape one uses for carpets. 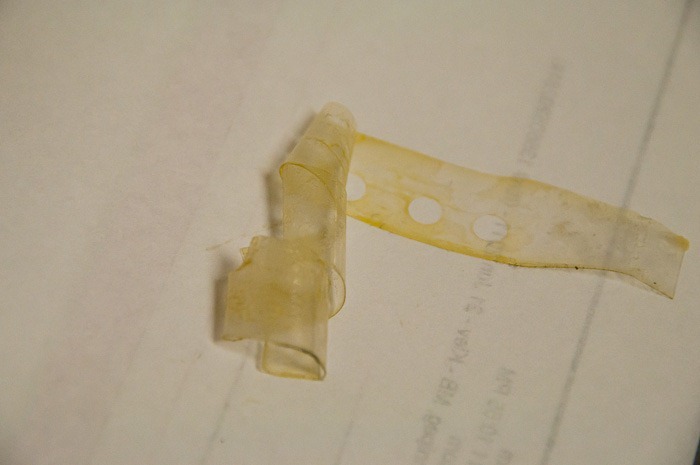 This is what the degraded outer seal looks like. Good enough for the garbage can.

Then I cleaned the Etrex with a small dose of Mineral Spirits and made sure the unit was clean of it when I was finished. 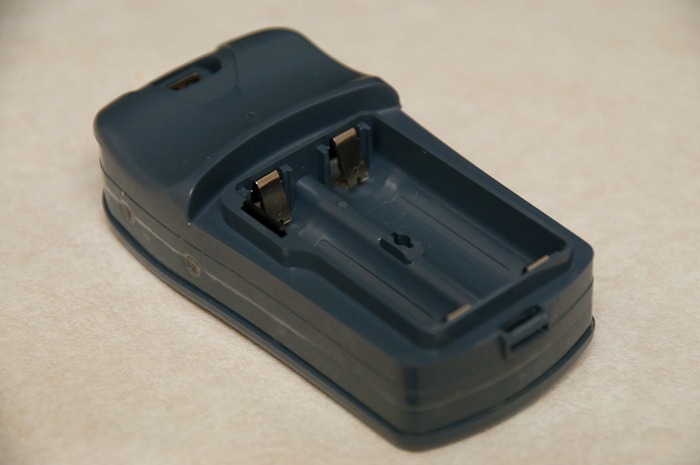 So, if the Etrex was sealed with double sided tape, we can play that game too. I got myself a roll of carpet tape from Canadian Tire and used a fraction of that roll for this project. -- Edit: Make sure you take the HEAVY DUTY tape, the outdoor tape is too thin and not sticky enough-- 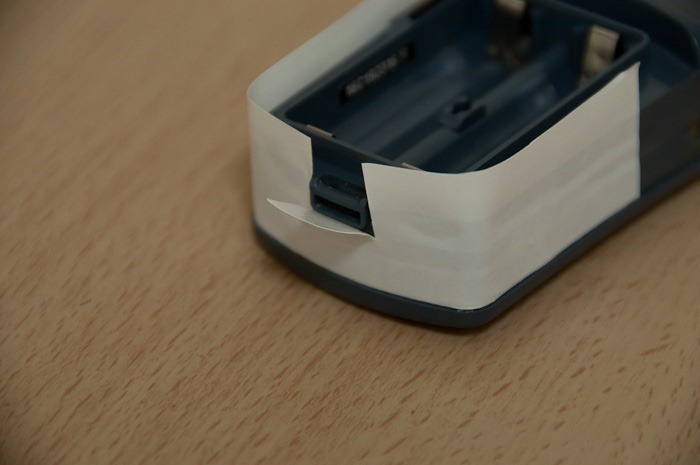 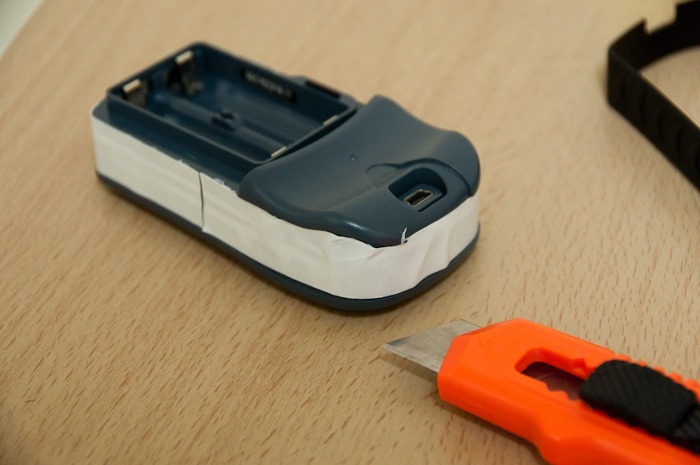 After some time you will have put a new seal on your Etrex. Now it is time to get the rubber band in place again.

The biggest problem with this is that you can place the rubber band but can only slightly move it if it’s not in the right place. I started at the bottom side where the strap could go. The little notch will make a good start for a good placement.

To get the non-sticky paper off the tape, fold it half up to make it stick out from underneath the rubber band like this: 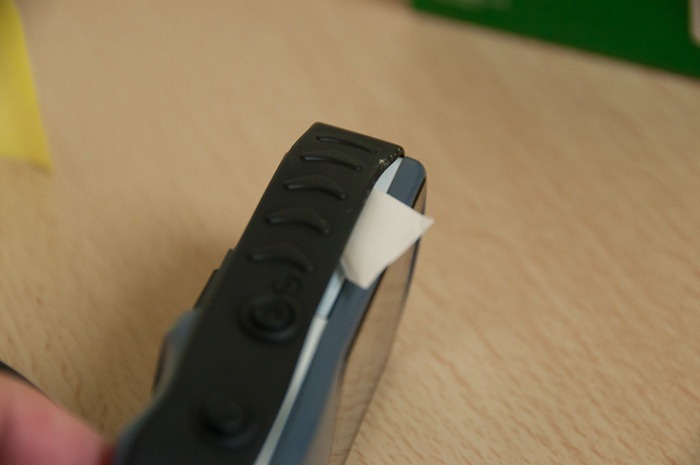 Now you can carefully pull that paper and position the rubber band at the same time. 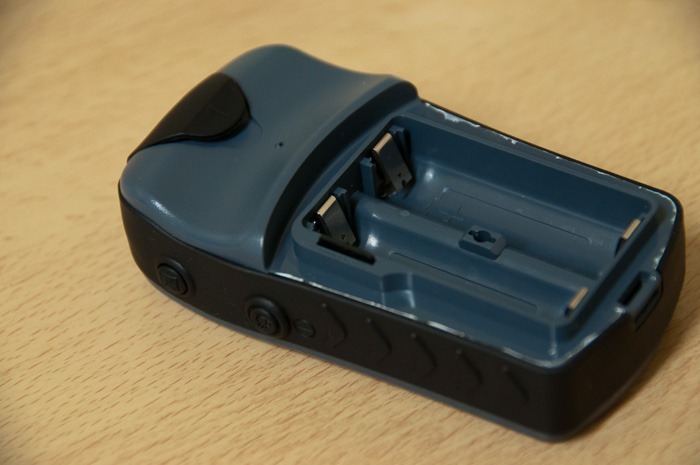 After this, your Etrex will look like this. My carpet tape was not transparent as the original Garmin tape was so it shows a little bit. I guess I could clean that as well, but for now I am too happy that I can pick up and manipulate the GPS again without needing a cloth to wipe my hands. 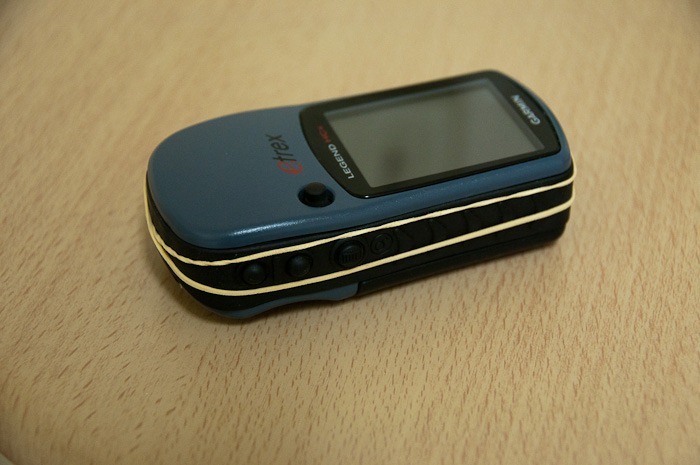 The last part is to make sure that the tape does its double-sided job by sticking to both sides. The rubber band will have been extended a bit and should be held in place by some rubber band, at least for a few hours to get the tape sticky.

That’s how I “repaired” my Etrex, let’s hope that this carpet tape holds.