Hardly any time between the acquisition of the new 150-600mm and an (informal) photo shoot for a wedding. I am not a wedding photographer, far from it. To get a set of good, presentable pictures of about 50 pieces, I’d need to shoot at least 3,000. Or so it seems. 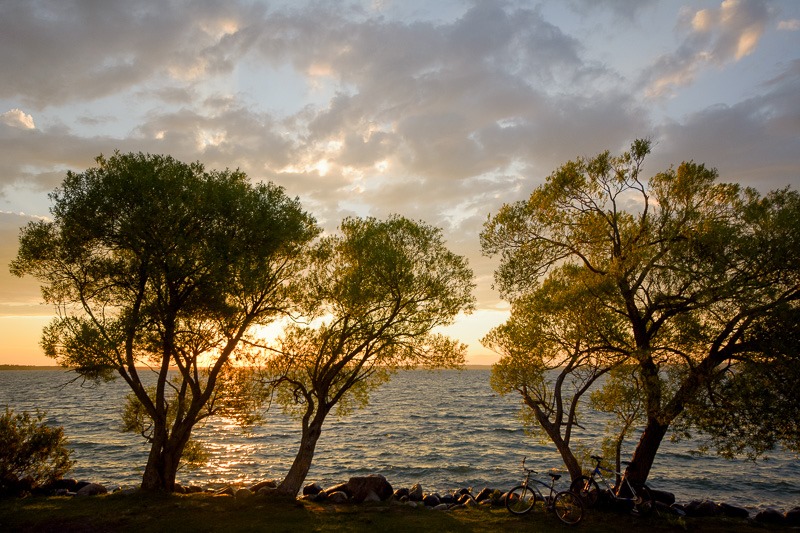 On top of the new lens also came a new camera. That, plus the wedding a few days later made for an interesting little period. Trying to put the camera through its paces, as well as myself for the new assignment made me a bit nervous. Nobody wants to mess up a wedding reportage, eh? Luckily for me, there was also some time off between wedding events to get some more experience with the camera.

Getting some favourable conditions allowed me also to get a D7100 on top of the Tamron. This is called the DX flagship of the Nikon line-up today. I didn’t know that until I saw the reviews, I got it simply because the moment was favourable and the conditions ripe for the acquisition. 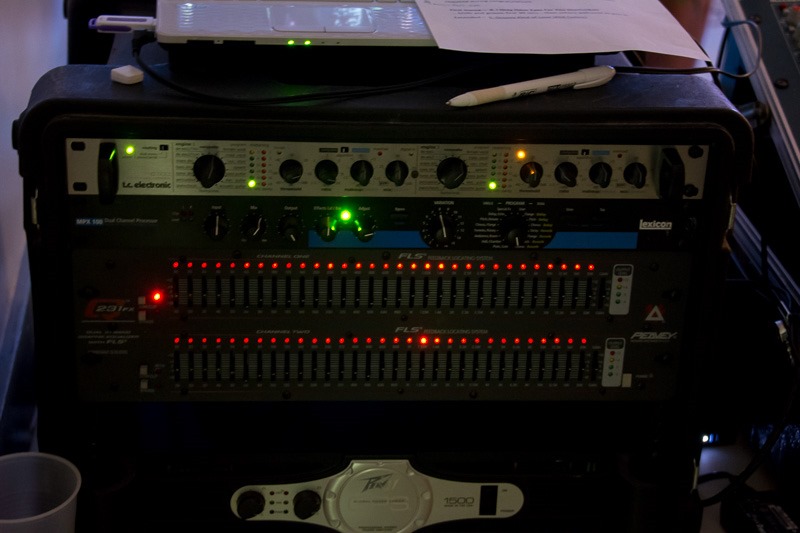 I am not one to look too closely at reviews on the internet, except for a few reputable sources, I prefer to look myself and choose what is best for me and my budget. So with this new camera that fit the budget, I am not planning on going full frame anytime soon.

Unless I get commissioned for a series of pictures that require full frame shooting. I don’t see that happening anytime soon either. 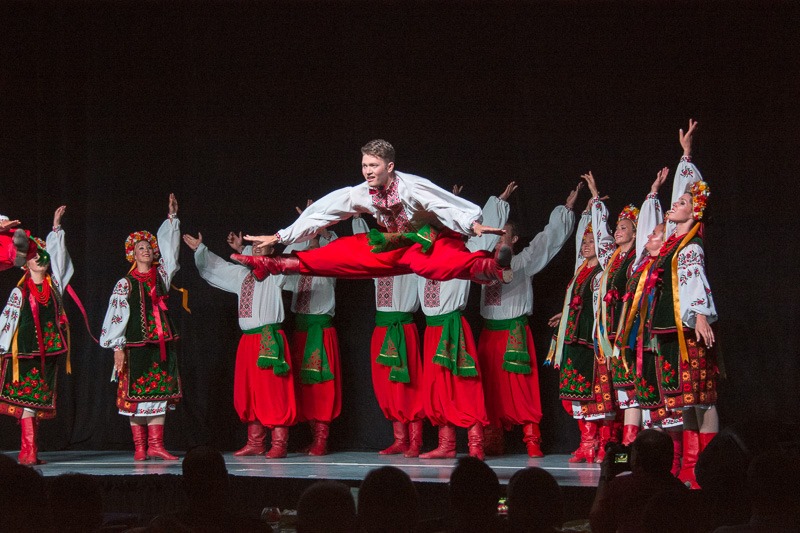 So here is the series of events of the last few days with the new camera. At first, we went to the Ukrainian Pavilion of Folklorama. The dancers gave a great show. Some of their movements would put me in hospital, permanently. Happy I’m not a dancer

. The camera was working at an ISO of 6400, something that was simply unthinkable with my previous camera, a D90. 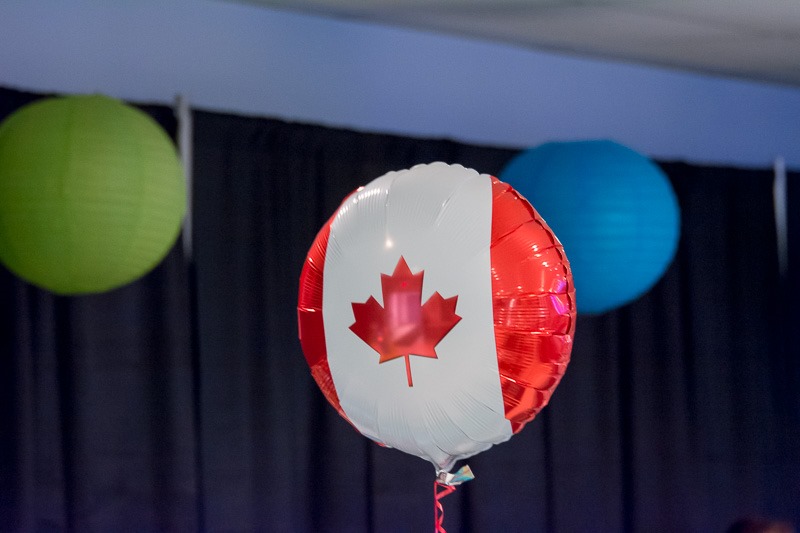 Then the wedding, all in fairly low-light conditions. I only have a 28-300mm at f/5.6, not something you’d usually do a wedding with. But after spending enough money, there was no way I could even rent a lens for the event. F/5.6 it was, with the choice of shooting everything with flash and annoy the *&^%% out of all the guests, or make myself fairly invisible (yes, I can do that…). I decided to shoot without flash.

Noise in a picture is a photographer’s problem. Anyone else will look at the picture and will see the subject and identify (or not) with that subject. The photographer, on the other hand, will see the chromatic aberration and the noise. And will gladly comment on that if given the opportunity. The D7100 at ISO 6400 does not have enough noise to make noise about. 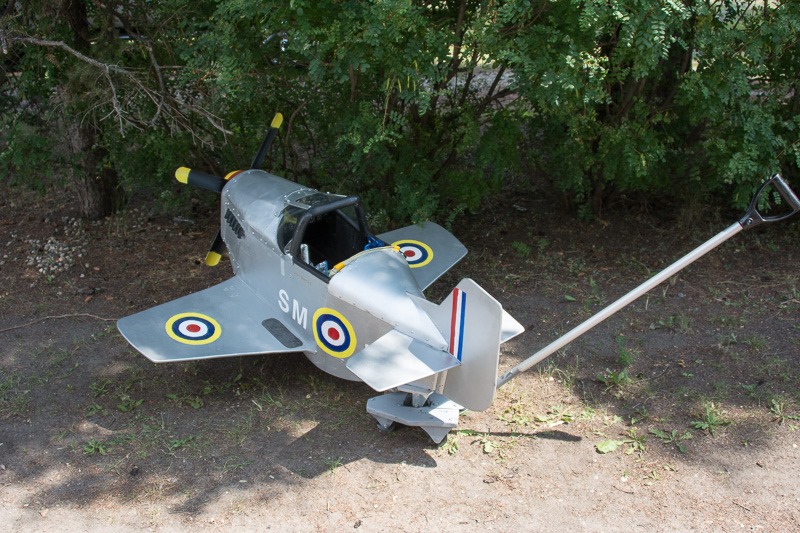 After the ceremony and a good night’s sleep we went to Clear Lake in the Riding Mountain National Park. Talking about parking… people park their airplanes anywhere, nowadays. 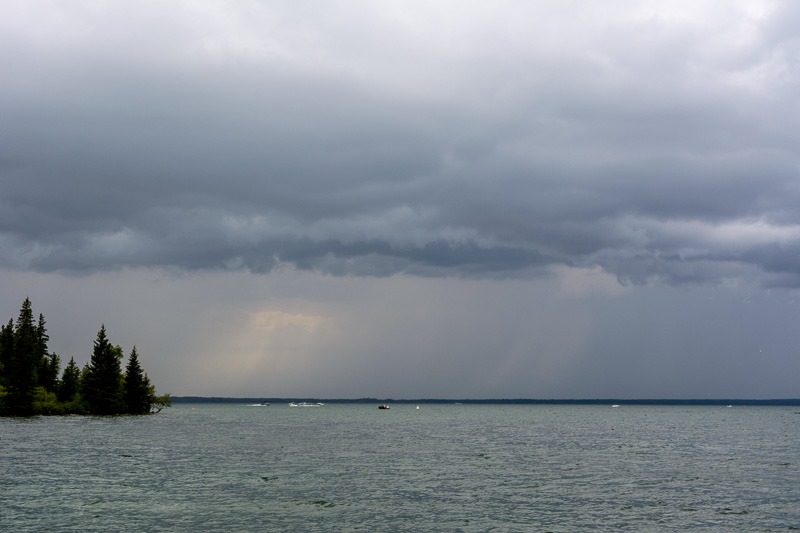 The days was great, with a lot of sunshine, but later a lot of clouds and some rain. What a better time than this to test the camera a little more? While my wife and daughter were taking in the last rays of the sun on the beach, I walked around to see what else I could shoot. The approaching storm was a nice subject. I only had my 28-300mm with me so there are no wide shots of the storm. 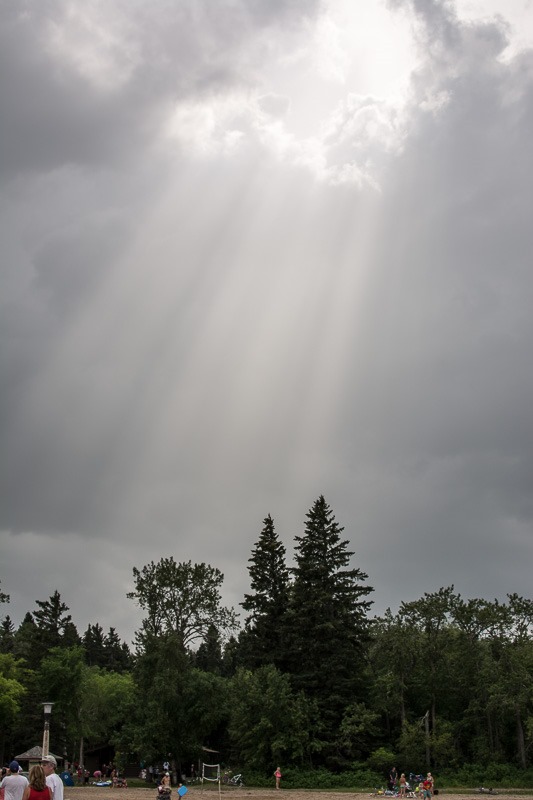 At one point the most contrasting picture possible presented itself. God-rays against trees. While the picture on the back of the camera shows only blacks for the trees, the RAW picture has way more leeway with the exposure than I thought possible. Even more if you add the camera calibration of “Neutral” to it. The picture then becomes mostly flat and uninteresting, but what a lot of details you will get out of the seemingly underexposed shadows and the blown out highlights! 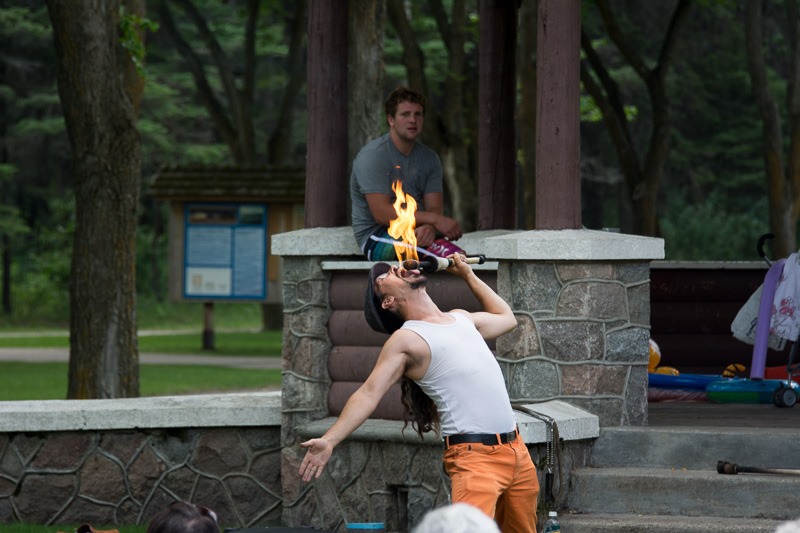 Once you have used Neutral, you do need to spruce up the picture again with local contrast and the likes, but all details are there. The same goes for the trees in front of the sunset on the lead picture. Once brought back to neutral and then processed as usual yields a way better picture than what was shown on the back of the camera. 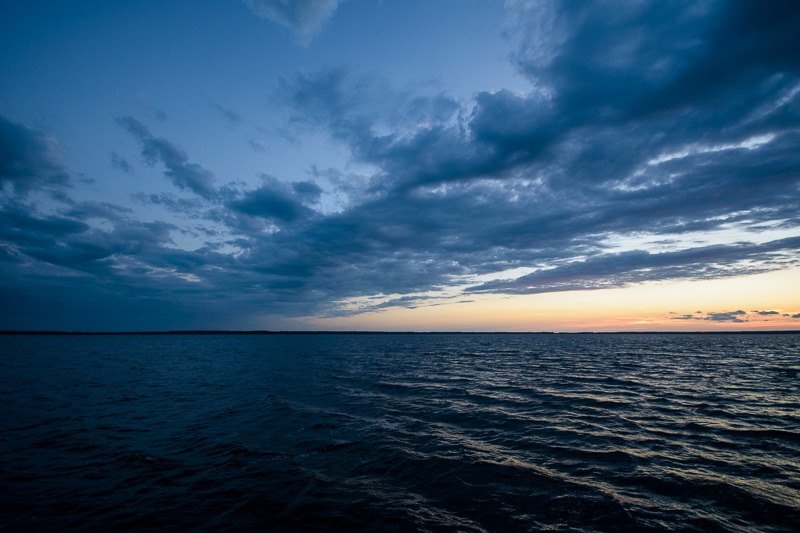 The evening was a cruise on Clear Lake, with a beautiful sunset. Some of the pictures will follow in a different post. But when I see a great sunset,  always look ALSO in the opposite direction for more sunshine effects. This picture was one of them. Being on a boat didn’t make the shot easier. Normally I would have used a tripod and a little longer shutter speed, but that was no option here. Instead the ISO was bumped up to 1800.

The next day was our departure from Riding Mountain and one of the last places to get a nice overview of the below lying prairies is from Route 19 in the park. That grain elevator is pretty far away, though. The air was clear and didn’t move to muddy the picture.

So, after one weekend of “heavy” shooting, the camera is now in a position where is may stay in my bag. I have found no flaws; better still, it continues to impress me, as any flagship should, I guess.