A diet rich in sodium is good!

Everybody knows about diets rich in sodium. They are supposedly bad for your health, heart and mood. But I declare that a sodium-rich diet is good! 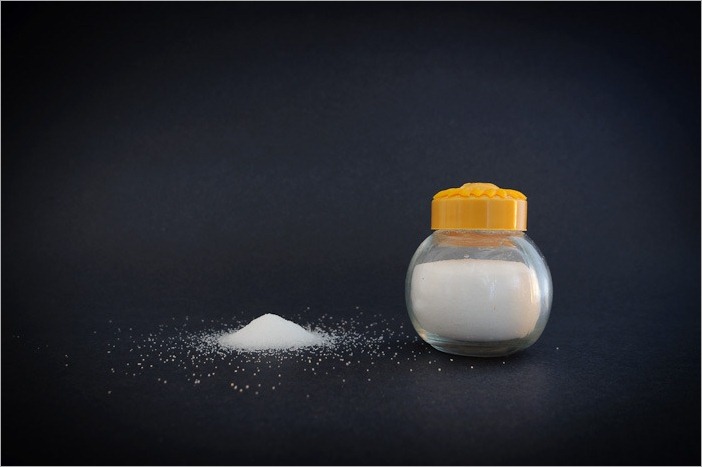 At least for photographers. Photographers have to take their diet as it comes. Sometimes they can supplement it with other elements like xenon, but most of the time sodium will have to do. You don’t agree? Come inside and we’ll talk about it…

Of course, sodium should not be the only element, but a photographer does not always have a choice. Obviously I am not talking about salt, even if sodium represents half of the volume of that stuff.

Sodium here goes into light. Light we photographers often ignore because it’s so heavily tinted. So much, in fact, that it will eat up all other colours and show only subdued tints.

If you have a tool like Adobe Lightroom, then you can remove that colour cast and reveal totally different images instead. 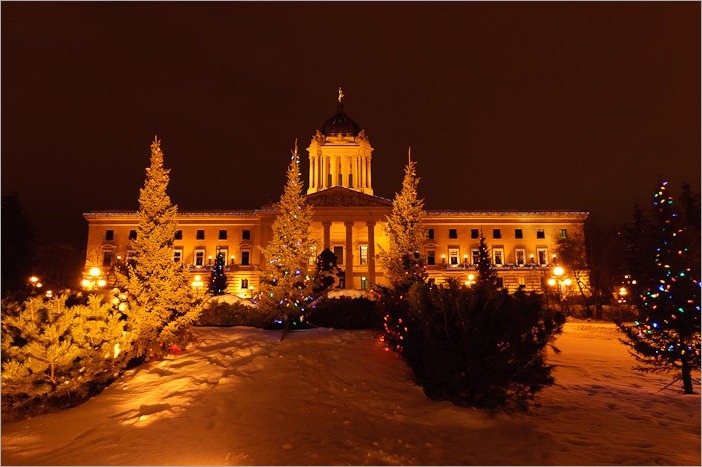 But the light itself can also have its advantages. The Legislature here in Winnipeg looks great in this light, the Christmas decorations even look better this way since they provide their own, untainted, light. 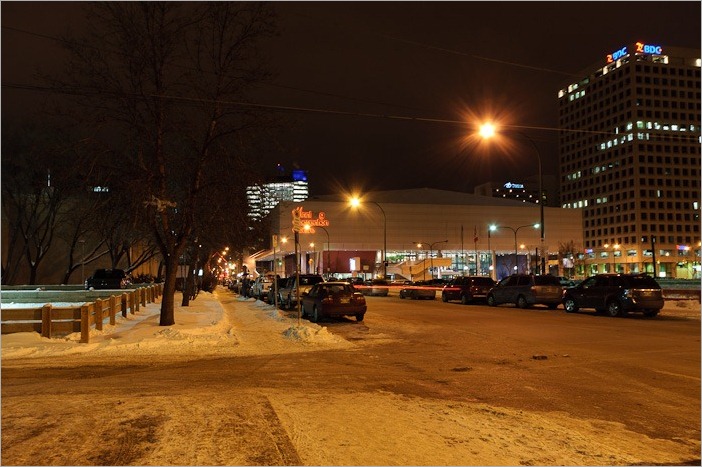 The Winnipeg Convention Centre and the “PowerSmart” building of Manitoba Hydro in the background show up nicely. If there had not been any light or differently coloured light, the picture would have looked cold and void of atmosphere. This picture still looks alive. 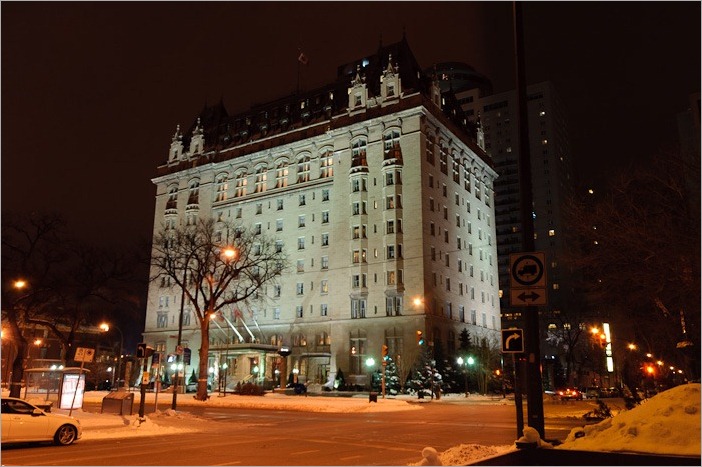 Room 202 is supposedly haunted by the ghost of a woman who hung herself in the closet after she found out her husband was killed in a car accident. Guests have seen a woman dressed in a cloak or robe hovering at the end of the bed. Hotel maids have claimed to see blood seeping through the walls of the room.

Personally I have not checked the story, ghosts are not really my favourite entertainment. As far as lighting concerns, a more sodium accented light would probably have removed that cold feeling creeping up my back when I looked at this building at night. 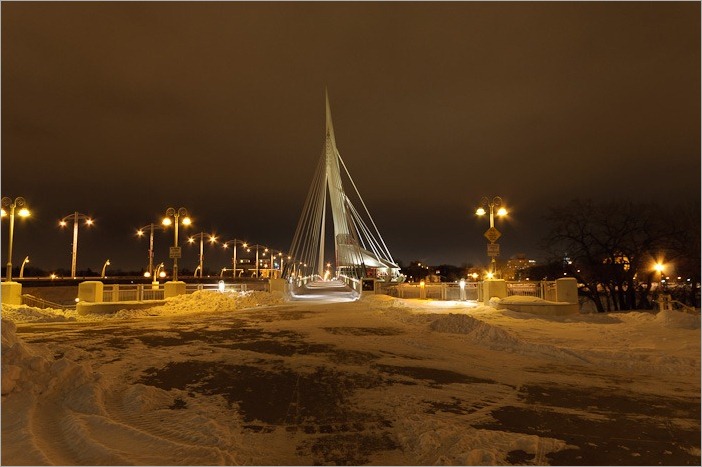 The Esplanade Riel has its own lighting. The surrounding lights are sodium and cast like always a nice orange glow. The mix of these lights make for an interesting picture. I don’t know if you can feel the cold, but my fingers were tingling after having taken this picture. 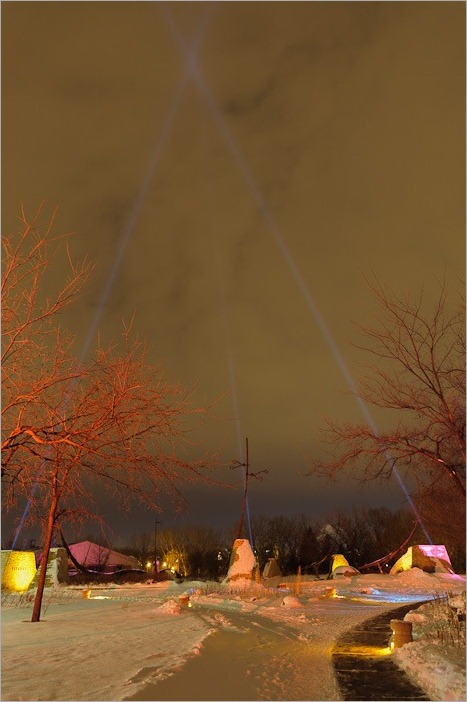 The Forks has a place used for ceremonies and festivities by First Nation people. Now closed for the winter due to the place having been filled up by snow, in summer it allows for observing specific planets through the strange arches. If you stand in the center of the place, looking on specific dates through these little rings, you can see the planets that are so important for our lives. After all Mars and Venus do have an influence on us, don’t they? 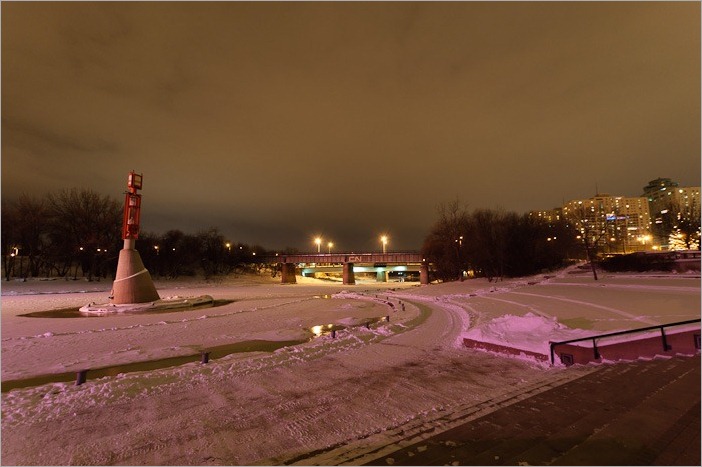 The Forks Harbour, in summer bustling with activity, now looks quiet. But that won’t last for long. In a few weeks there will be parties on the ice, children playing and even curling and hockey games. For now, the ice is not thick enough to hold an oversized bird. The light here comes from the coloured lamps installed behind me. The overhead light reflected off the clouds is again sodium and provides a nice little mix. 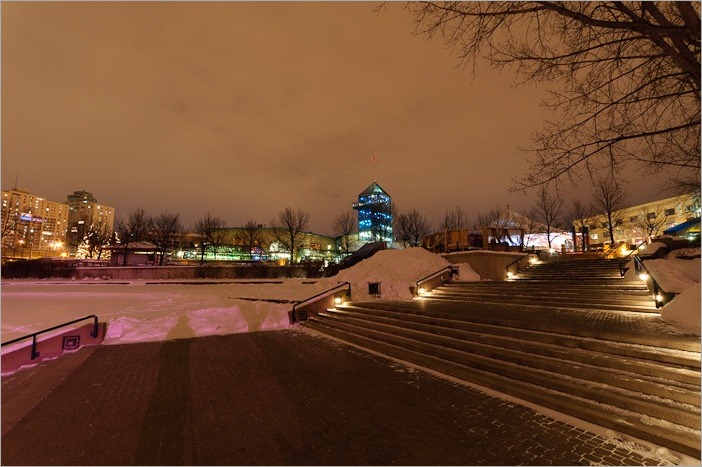 Looking away from the water, standing in the same spot, you can see The Forks Market. Again lit by sodium and by its own lights. My shadow is an option I didn’t notice until I checked the pictures on my computer.

Even if these pictures look perhaps heavily photoshopped, they are all natural. None of them have had any colour changes by using filters or other fun options in either Photoshop or Lightroom.

So do you still think sodium is bad for your diet? Let’s just make sure we talk about the same kind of diet. My idea was about the photographic diet of the photographer, not about his food… What was yours?