Today started a major change in lifestyle here in Winnipeg. I guess it’s more a change in driving style that is required, but still, a change it is. 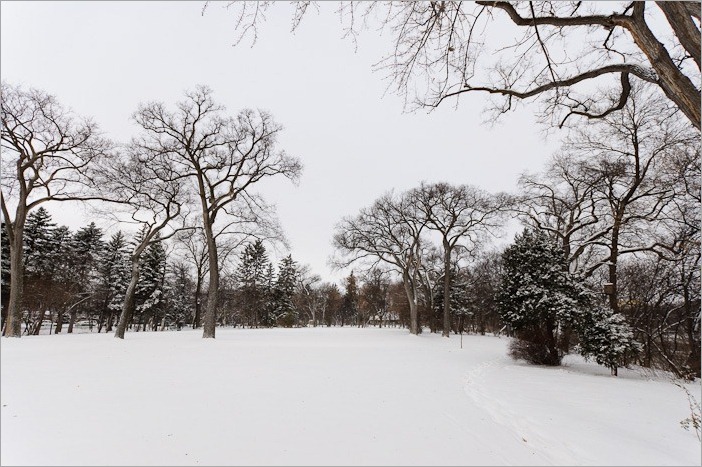 During the night we got 10-15cm of snow by what is called an Alberta Clipper, more or less. This Alberta Clipper comes straight from the lee side of the Rocky Mountains, dries out and cools off and once gone from Alberta brings cold and fine snow to the rest of the northern half of the continent.

In some cases it will even wreak havoc on the US East Coast. I guess that’s the type of weather that Stephen King talks about in several of his novels and short stories like One for the road.

Here in Winnipeg this weather is not as dramatic and rarely costs anyone’s life by freezing. Nor are vampires very common around here

. However, the temperatures started this morning around –5C and are now dropping steadily to  –10C and perhaps beyond. 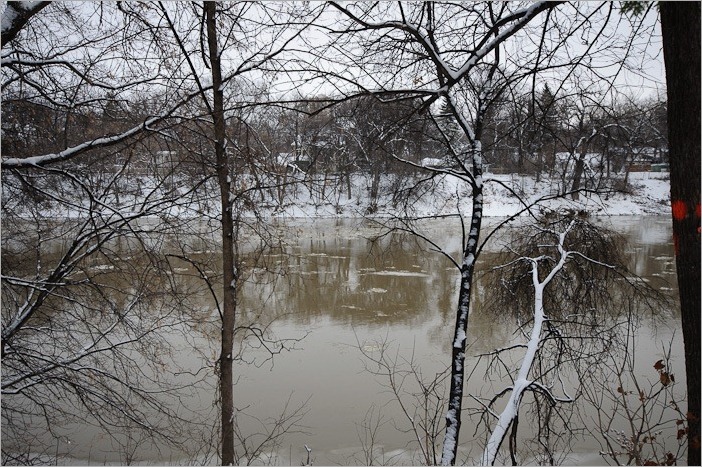 Foundations for a skating rink

The Assiniboine River is not frozen yet, but big chunks of ice or snow are already floating in the water. If you remember anything of your physics classes in highschool, water that contains ice in sufficient quantities will have a temperature approximating 0C. Most teachers will tell you “exactly 0C”, but I can still put ice in my hot tea and not have it cooled off to 0C…

Snowy weather here in Winnipeg is nothing unusual, and this year it seems to be on time. 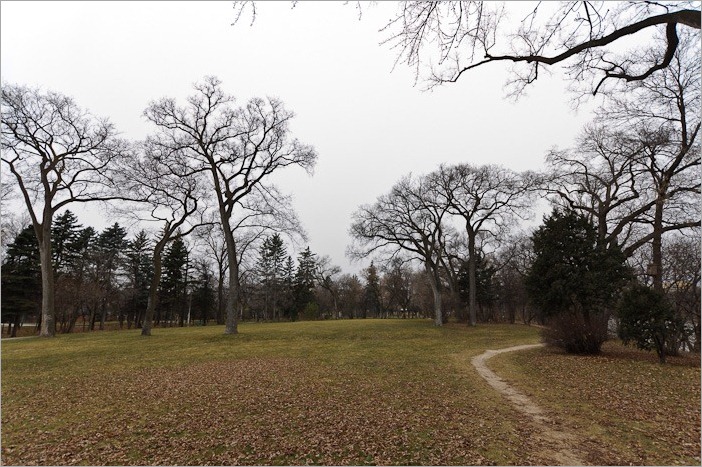 Yesterday’s view, compared to the lead photo of today

While yesterday there was nothing to see, apart from a few flurries battling in the wind, today was very different.

Now is the time for photographers to put the cameras in B&W mode and start taking snow pictures.

What I understood of my pictures taken in the bright white snow (white being the operative word here) is that cameras tend to deny the brightness of that snow and insist on making it a dull grey. If you’re shooting RAW, that’s not much of a problem, but when you shoot only JPG, you may need to adjust your camera to OVER expose your pictures by one or two stops. 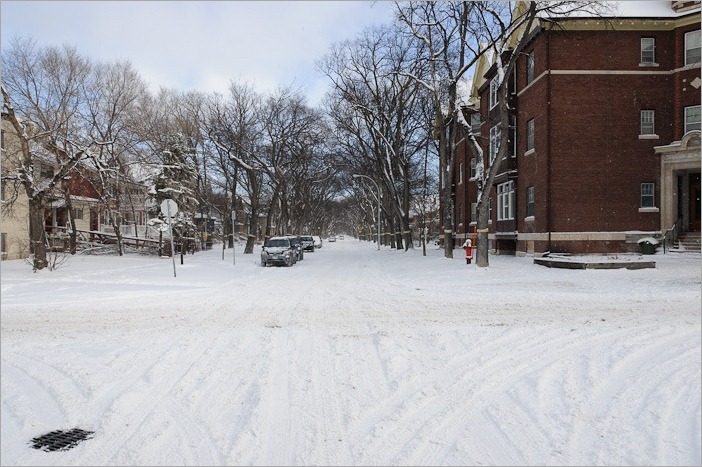 It seems that the same goes for beach pictures, but I never have had the chance to test this.

So, snow pictures for now.

At least for this post. Right now, the city is not very accommodating for pedestrians, traffic has to be served first. The bus routes were already cleaned by the time I had my breakfast, but smaller and residential roads will have to wait. 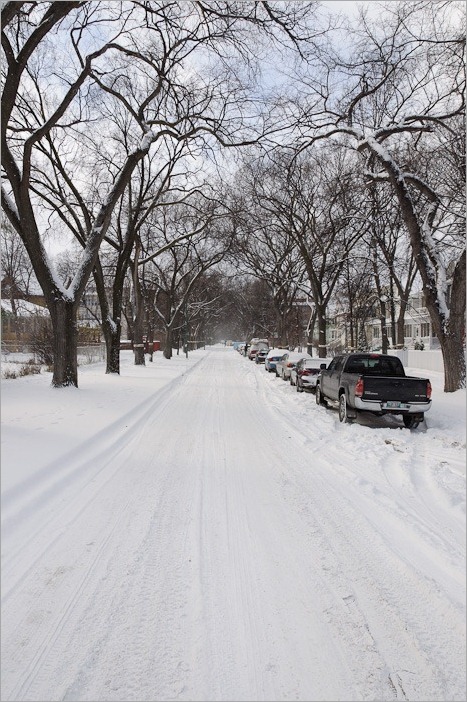 Driving on 10cm of snow? No problem!

Animals are probably a bit in shock, yesterday they were still able to find whatever food was left for them to find, today everything is gone. They’ll have to dig in the fridge to get their food now, just like us, normal people.

For now I have to get back to my work, I’ll be in and around the city this weekend, that’s for sure. Hopefully with a lot of pictures.

For now it continues to snow, more to come. The nice thing with snow is that your garden looks just as nice as your neighbour’s garden …