Photography is all about the image. We all know that. Some people think this is not enough and step to the moving images. They buy new cameras and record everything they see in their lives. Contrary to the photo people, they will need some more material to show their results to the world. 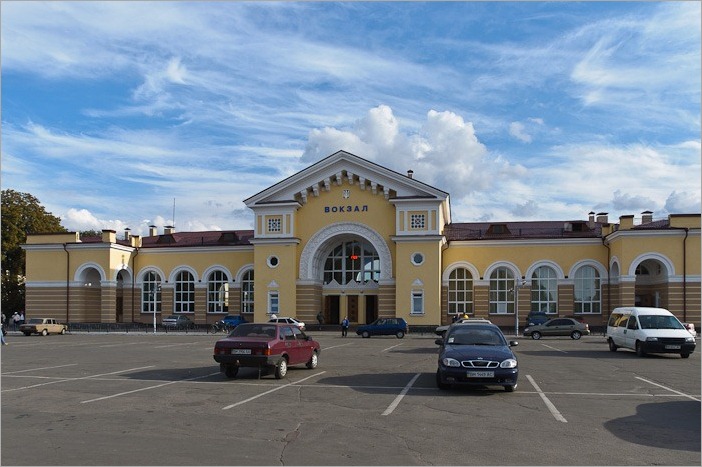 Photographs can still be presented in the “old fashioned” way of paper. However, sometimes it is interesting to add a little extra in the form of a sound byte to the picture to enhance the atmosphere that was there when the picture was taken.

Some subjects are rather static, would give a “boring” video but with nice sound. So, I thought that on our trip to Europe a few months back I would record some sounds along with the pictures.

The picture of the train station in the first page of this post could be accompanied by the announcement of a train.

The voice announces the arrival of the train of 6:06AM from the city of Shostka to Fastiv.

In Holland there is a centuries old tradition to make music in the streets. Nowadays these Hand Turned Organs are motor driven, but when I was a boy (not that long ago) the organ was pulled by two little horses and the organist was turning the wheel himself. You could feed them apples (the horses!) and such, but mostly you were supposed to give some money for the music. 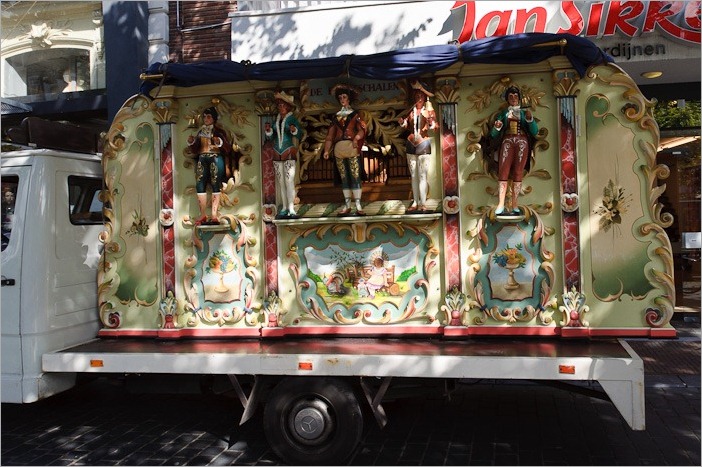 I agree completely that this picture is not the nicest one of this kind of instrument, under the trees with sunshine, but it’s the only one I could get without having too many people around.

The whole organ is driven by air originally. The pressure for the instruments was created by hand by turning a large wheel at the back. Nowadays the same wheel is turned by a small motor, easier for the organist I guess. And a lot better for his back.

The piles of books you see here are music books. Made of sturdy material with small holes in them. Air is blown through these holes and drive all of the instruments, including the drums. 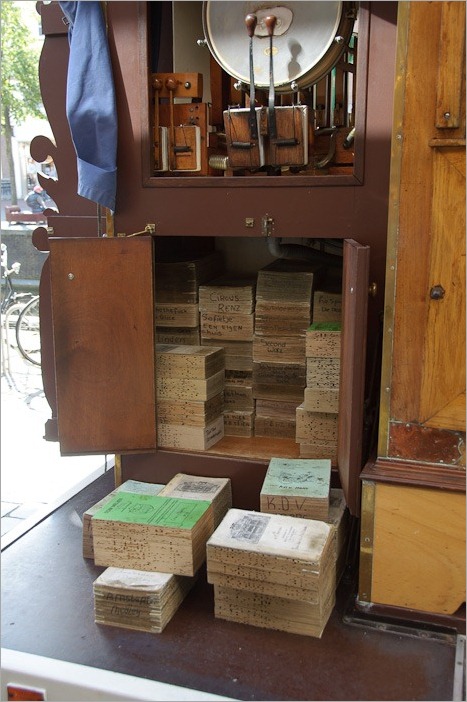 These “books” are in reality a folded very long piece of cardboard. Little by little are they pulled through the air machine. In Dutch they are called a “draai boek” or “turn book”. The same term is used for the film industry where it can be translated into English as “scenario”. 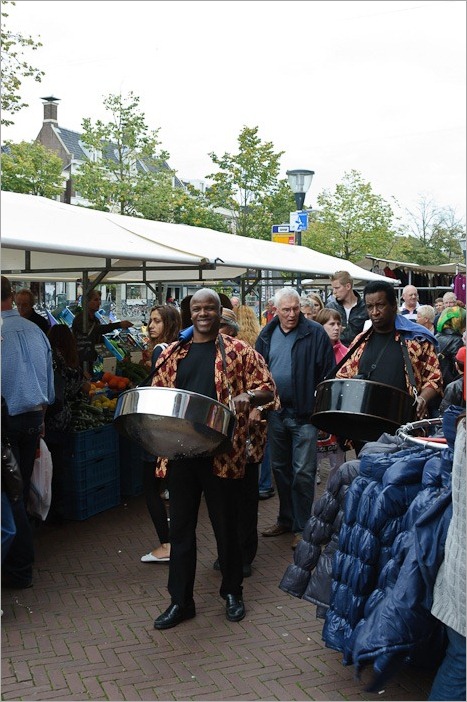 On the market one day in Leeuwarden I had the surprise of hearing a steel drum. Made originally out of discarded oil drums and tuned with a small hammer, these instruments have a very specific and Caribbean sound.


Listen to the steel band. 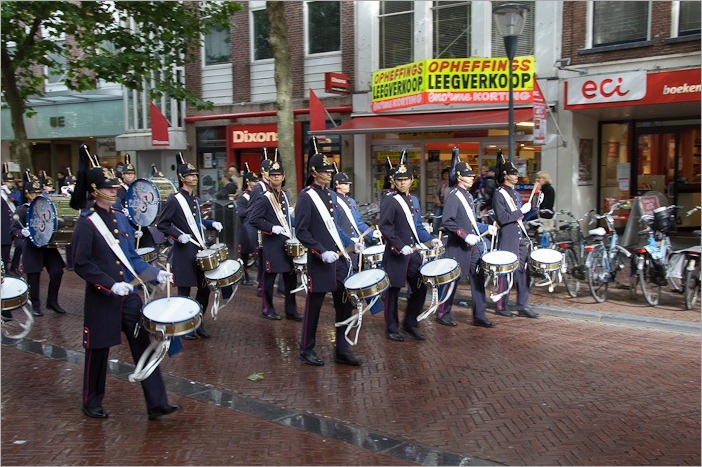 A few days later it was the turn of the local music corps to parade in the streets. Obviously you will want to hear it. In the streets, you will hear them long before you can see them.

A huge garage sale in Leeuwarden will take whole streets and avenues. To have some more fun, music is added and people can even try to dance along with the music. This is nice for the music, but not so nice for the photo op if you try to get a clear view of the musicians. 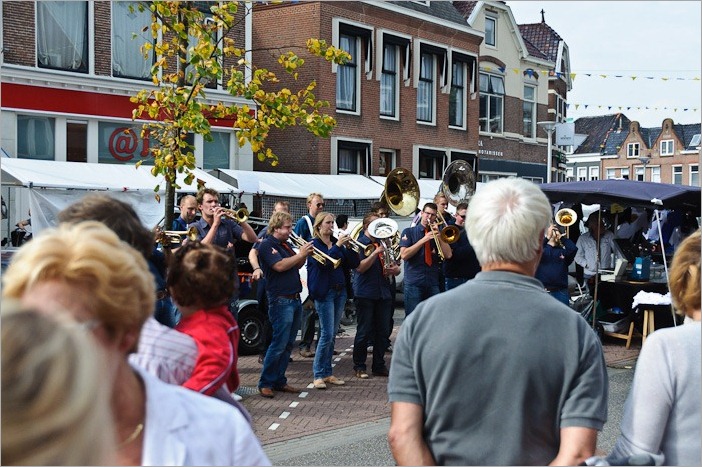 Music at the Garage sale in Leeuwarden

A nice piece of music, it was just a pity that I arrived just before the break. I didn’t feel like waiting 30 minutes before the next session started.

And then it was time to go back to Ukraine. As you know this summer we have been travelling back and forth between Canada, Ukraine and Holland. A lot of flying but also a lot of good times. Times you never want to forget and want to keep in a good, safe place where you can find them later, when the brain starts to wear off a bit… 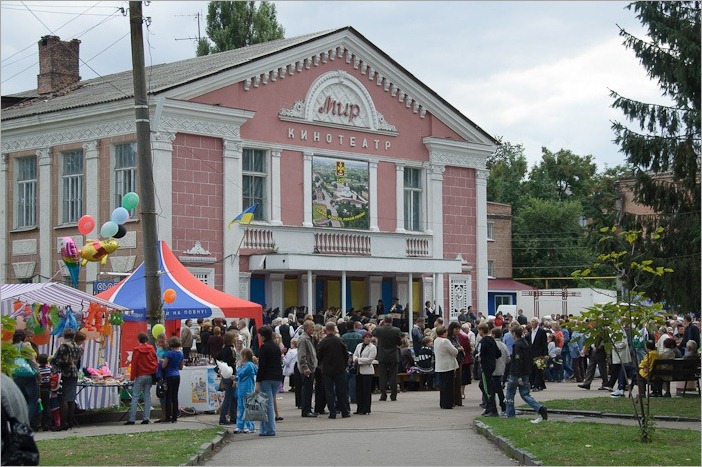 Day of the City, in Konotop

Here in Konotop it was time to celebrate the birthday of the city, born in 1634 (or 1632 depending on the source)

People were all over the place, dancing, playing music, listening to music and lots more. Here a band was playing in front of the “World Cinema” or “Peace Cinema” depending on the interpretation of the word “Мир”. “Кинотеатр” means Cinema.


Listen to the band

So, as you can see and hear this time, sometimes sound and vision go together, even for photographers. I agree that many of these pictures alone shouldn’t have made it to this blog, but accompanied by the environmental sound they still make for a nice story.

Until next time, when I hope to have my regular camera back. By then I will be able to get some new and fresh material.

With or without sound.