Or should I say Fall Colors? For some people it is clear that the word Fall is typically used in North America and Autumn typically in Britain. Here in Canada we mix and match. Not easy to learn. 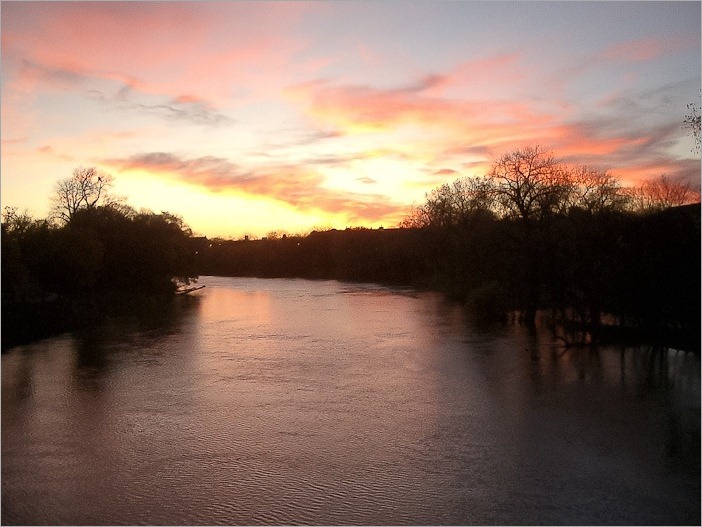 I guess that learning English in Canada will “colour” your language in an unmistakable way. Here are some colours that we have here in Canada when fall comes…

Fall is all about “The End”, feelings of having reached the last part of something. For some it’s life, for others… well I don’t know. In any case, I like the feeling of autumn, it colours life and gives a feeling of freshness after a hot summer. In no way does it make me feel depressed, it’s more like the beginning of something interesting. 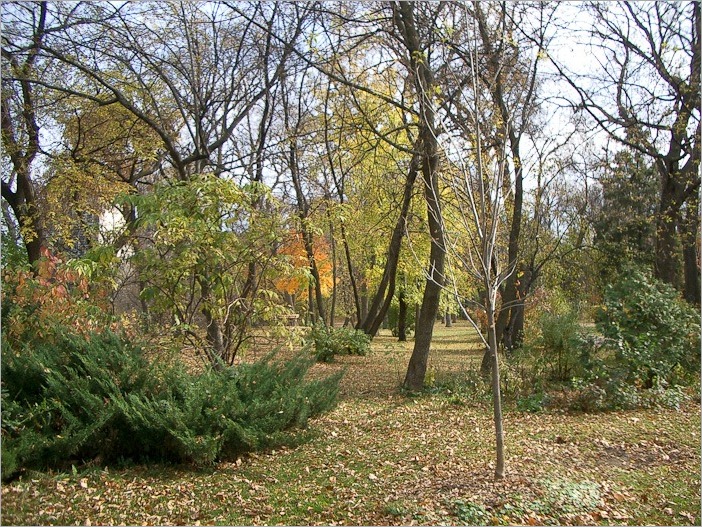 Turning of the season

Fall is the season where everything changes from hot to cold. And in Winnipeg from very hot to very cold. Soon we’ll be facing temperatures of –20C outside after the summer temperatures of around +35C. But let’s not think about it yet, that time will come soon enough. 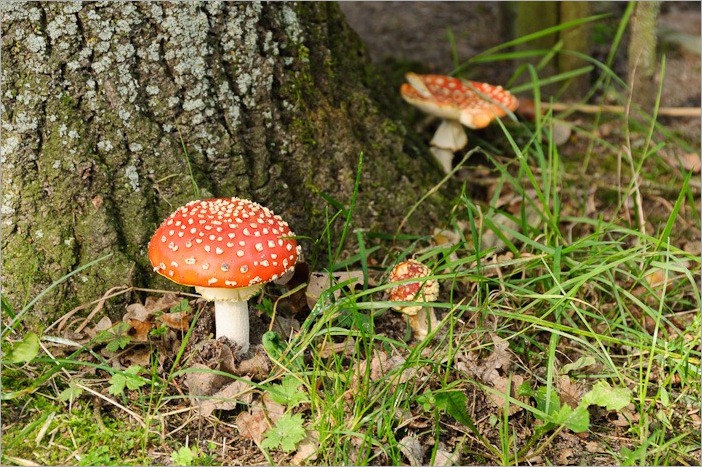 For a photographer, fall is all about colours. Colours of nature of the most vibrant kind. And also of the shortest lived kind. Trees will have beautiful colours, but only until the wind blows their leaves away. 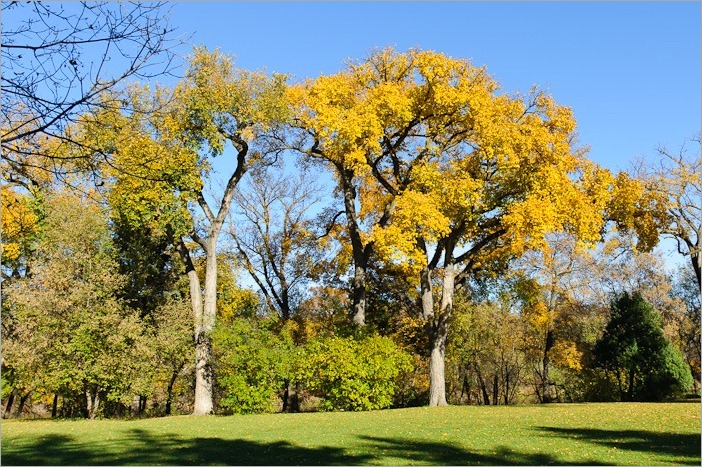 Trees will have most of the colours, and not all of them at the same time. Some of the trees were already bare when we arrived on October 1st. It was not surprising that these trees were also the ones marked with an orange dot. They are marked for destruction. They won’t even be good for burning since they will be transmitting the Dutch Elm disease. 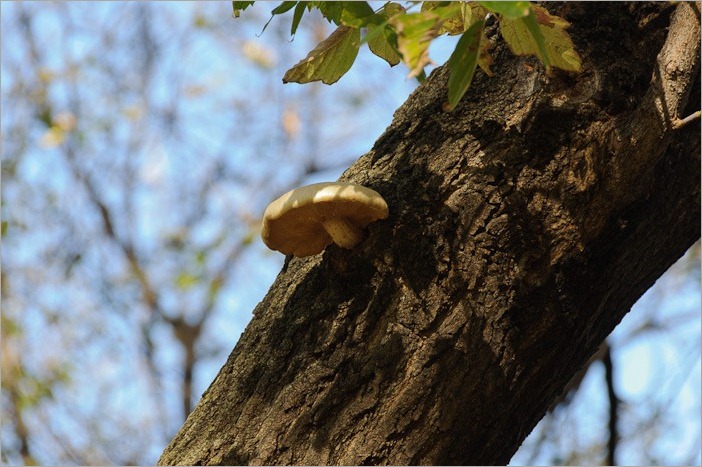 Some trees will also show extra mushrooms on their trunks. No idea how the mushrooms arrive there, but they have taken hold and will be there again next year. 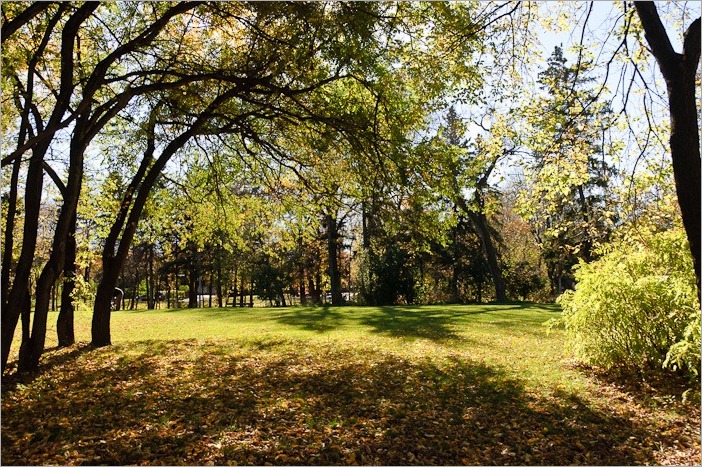 Last green of the year

The trees lasting the longest will also be the first next year to start with a little green, sometimes even if the snow hasn’t melted yet. 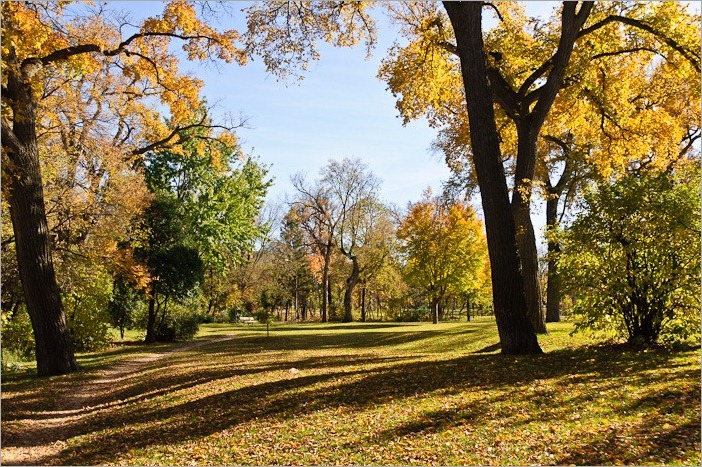 All of the tree pictures have been taken in Munson Park, not far away from our home. I go there often to have a little break from work. A small break of 30 minutes is often long enough to recharge the batteries for the rest of the day. Even more if the sun is shining and the temperatures are clement. 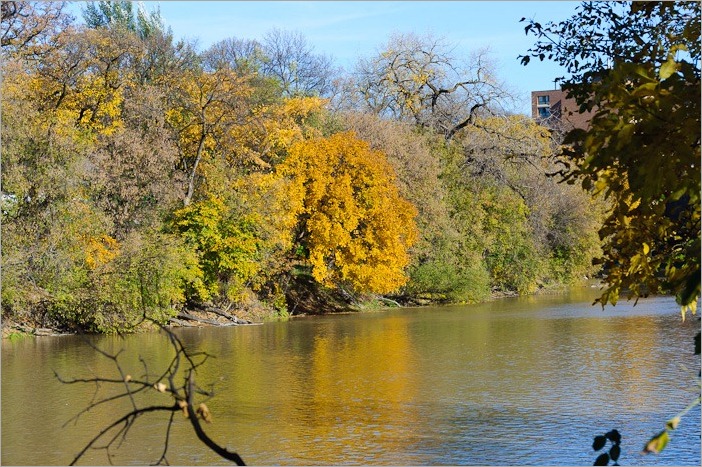 Talking about sunshine… Winnipeg is one of the cities in Canada with the highest number of sunshine hours. On the other hand, when it does rain, it really rains. The riverwalk in the city has not been open for more than a few days this year. 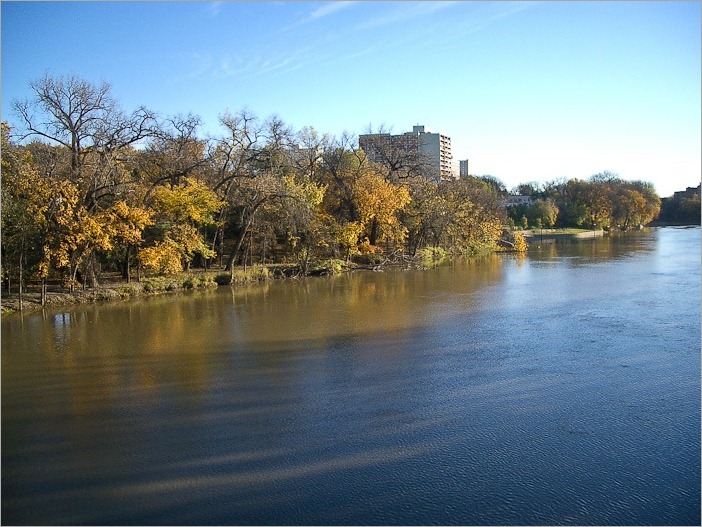 Riverwalk near the Legislature

No walk to be had near the river. The path is flooded since the beginning of the summer. Most trees are happy with the water, some others have not survived, being too close to the waterline. 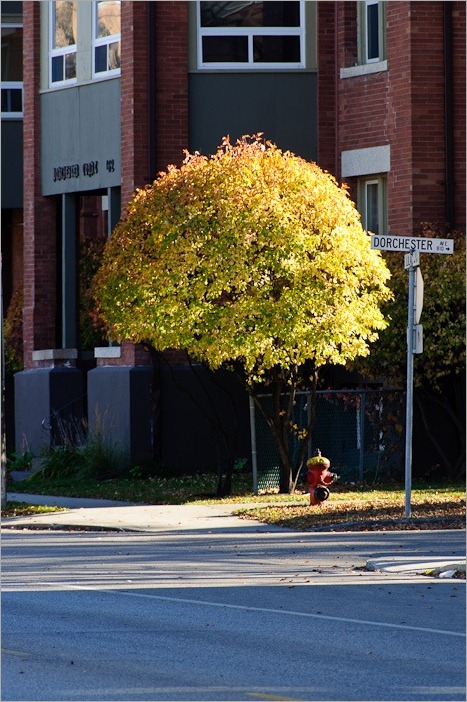 Small tree in the street

Some trees have spectacular colours, albeit for only a short time. The tree above is in our street and lights up like this for only a few days. 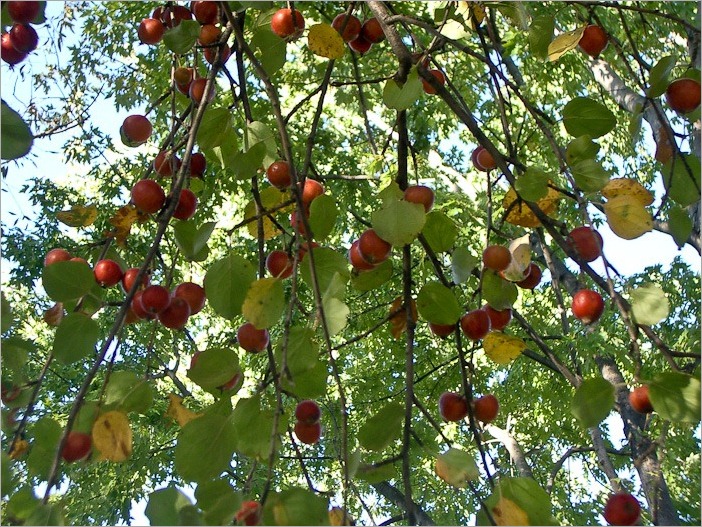 Then there is the fruit. The first time I saw this kind of fruit, I was told this was a “paradise apple”. To which my remark was “If you eat this you go straight to paradise?”

Whatever they are, they make for a nice colourful picture. 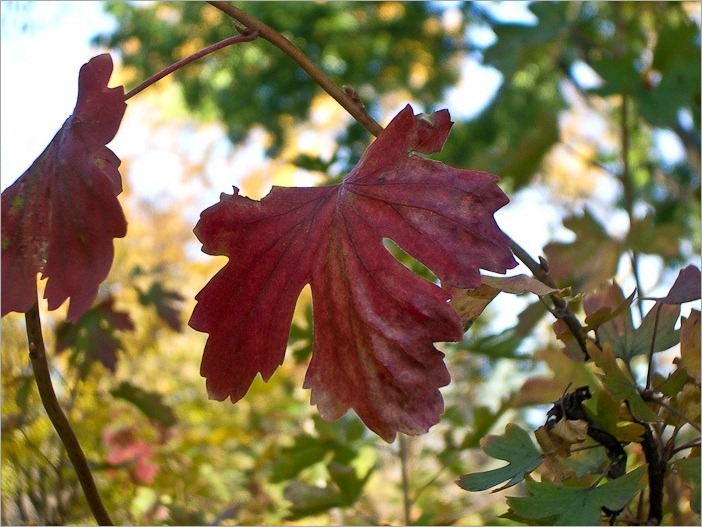 As for the last picture of this post, the leaf was among all the others, nicely coloured and ready to fall to the ground.