Going from Ukraine to Holland is a matter of hours. Not much to see, even less when the weather is not cooperating. Arriving after some bright sunshine above the clouds left me with a 16C and heavy clouds in Amsterdam Schiphol. 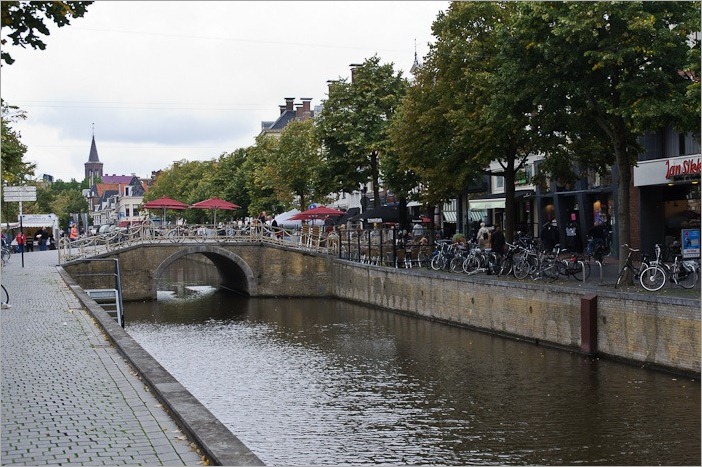 No problems, I wasn’t going to stay in Amsterdam anyway. After the flight, a small trip of a few hours to Leeuwarden, a small city in the north of Holland.

The picture above shows clearly what everybody always thinks of Holland: canals and lots of bicycles. True, in Holland many people travel in the city by bike. Not the mountain bike type, but large, comfortable bikes. If you let your hands go from the handlebars, it will not start finding its own way, only straight ahead. It is also the best way to get far and fast when the city officials deem it wonderful to close most of the city to motorised vehicles… 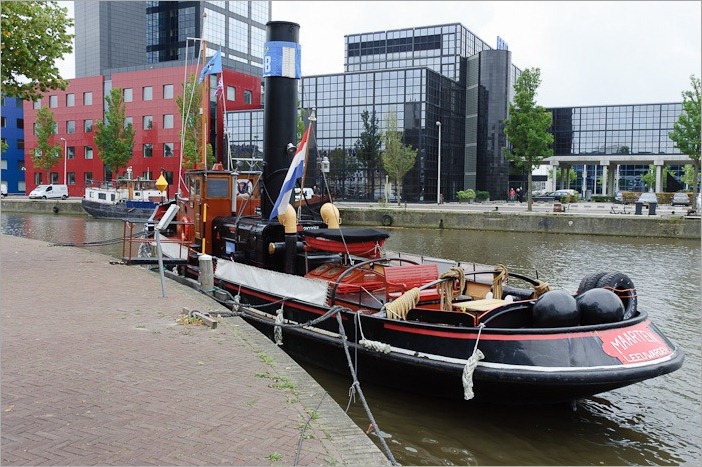 In one of the canals, an old steamboat built by the turn of the century is now waiting for visitors and ready to show them the canals around the city. Leeuwarden is an old city with an extensive defensive canal system around it. Obviously the canals do not serve as defense anymore. 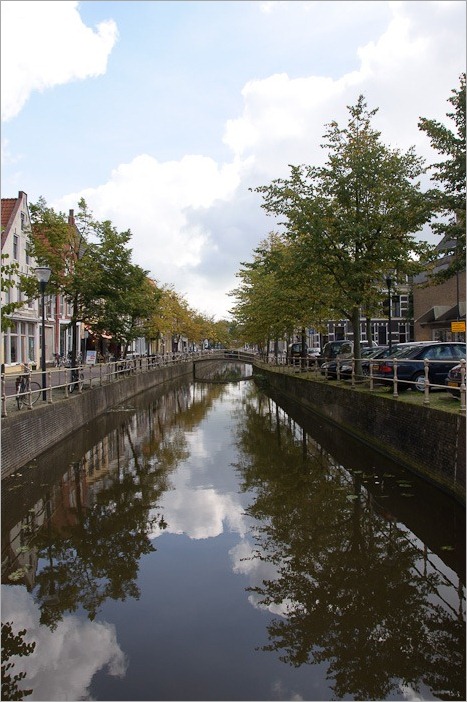 One of the canals in the city center, formerly used as a waterway to enter goods in the city. Now disused. 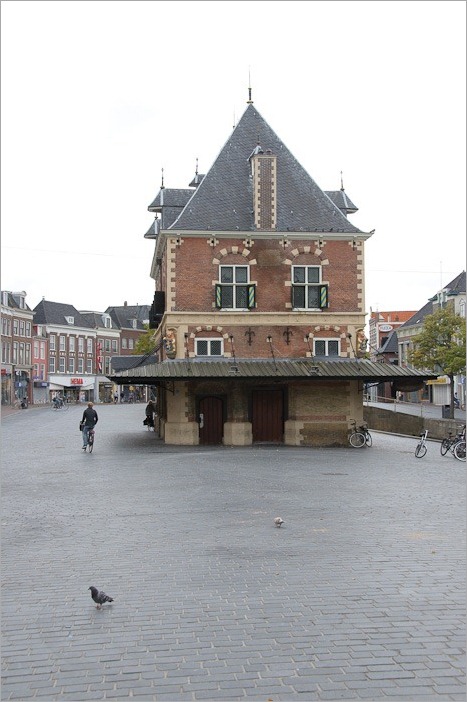 The “Waag” or Scales

Leeuwarden has lots of old buildings and monuments, among which is the Waag, the Scales of the city. Now it houses a restaurant/cafe and a bank. 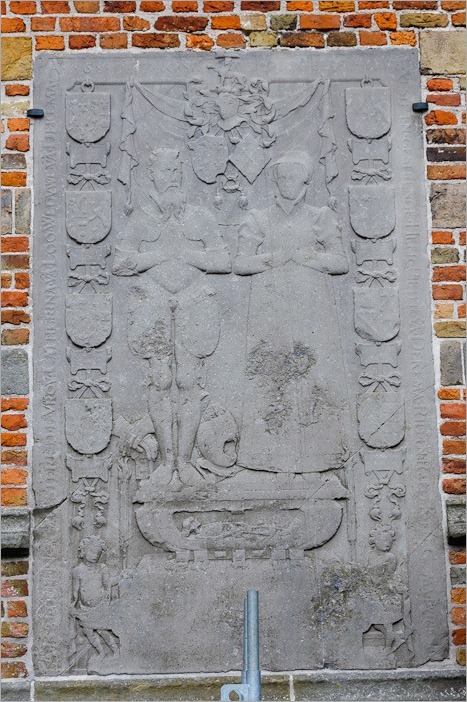 A few posts ago I wrote about the Oldehove, a crooked tower dating from 1532. On the side of the Oldehove there is this stone plaque. When I asked about the one inside the tower the answer was a little surprising. From the old church that went with the tower, about 10 grave lids were saved. All the other being used as an easy yard cover. One is now inside of the tower, another is cemented in one of the sides.

The tower itself not only has huge bells, but also a clock. The mechanism is still working and for someone with some extra light, it can be seen as well… 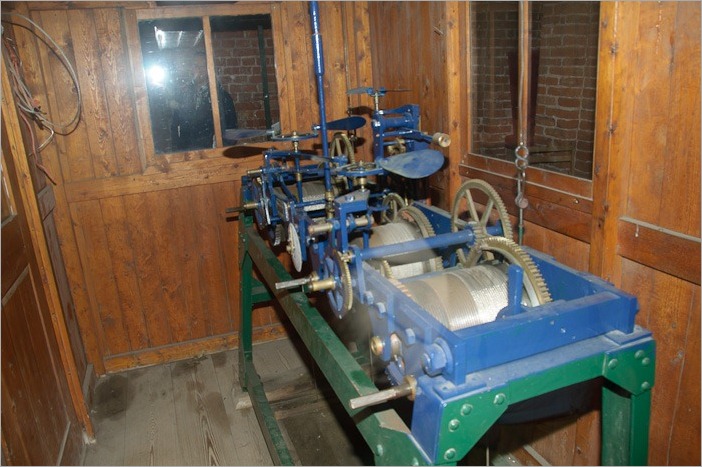 The clock itself works with weights that go through the floor to the lower parts of the tower. The upper part of the tower gets the time by rods and cables from this mechanism. 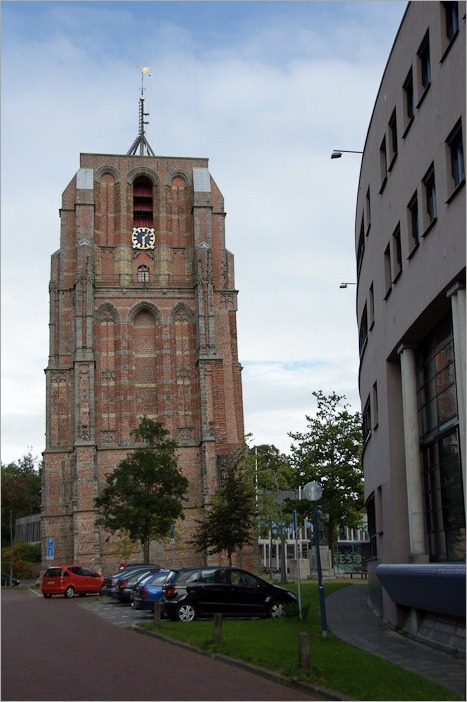 On the outside of the Oldehove 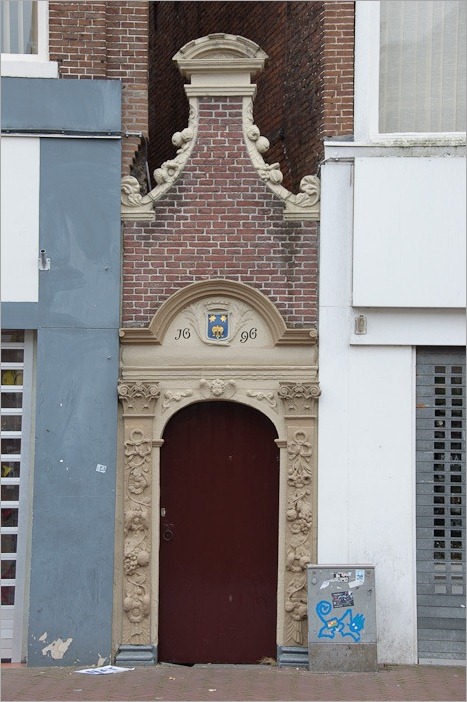 Walking back to the house, you can come across old buildings and old entrances. Most people do not even look at this little door, it is located on one of the busiest streets in Leeuwarden. As you can see it was built in 1696, a respectable age for such a small entrance. The surrounding buildings are mostly of the same age, although some have been renewed in the last few decades. 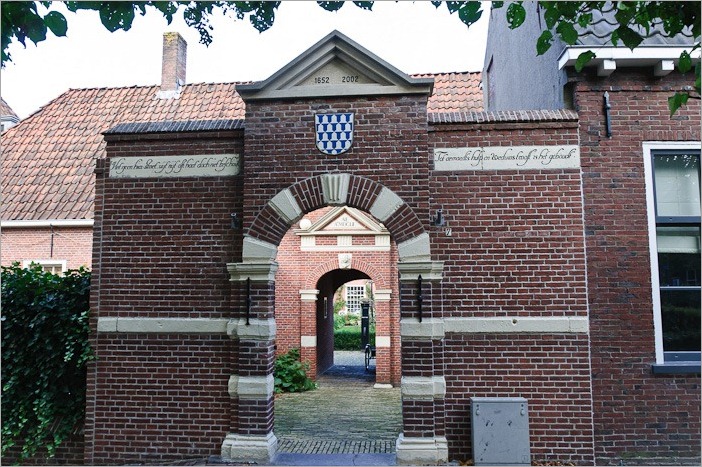 Other parts of the city will show you different ways of looking at old people. While today most old people have to take care of themselves, in the old days, they could go to a “Gasthuys” or guesthouse where the use of liquor was strongly prohibited and good moral was highly encouraged. Above is the entrance of one of the oldest guesthouses in Leeuwarden.

But staying in the city is not the best way to get an idea of the country, although Leeuwarden will show you a lot of history.

To be continued outside the city…