In Holland we have some old villages that still function in the way they did around the turn of the century. The previous century, that is. 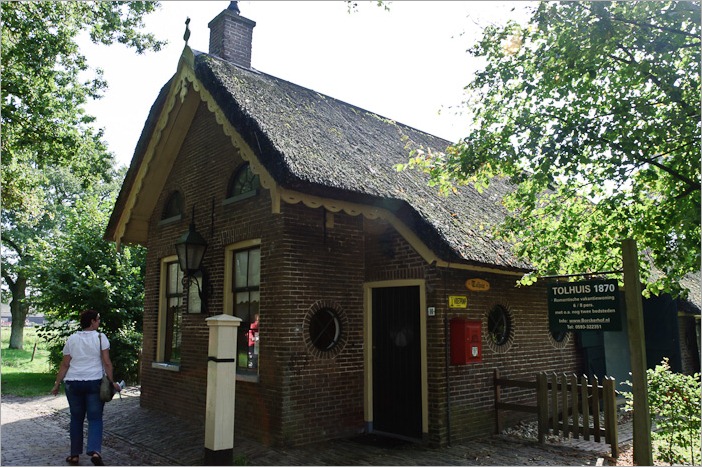 Toll house, no one gets in without paying

Orvelte is such a village in Holland. Many buildings have been restored and kept in their original form and are mostly still in use.

Of course the “Los Hoes” (Free House) where farm animals and people lived in the same space does not have its original function anymore. I don’t know of many people who still live with cows in the same space…

Most of the other buildings did keep their original function, though. 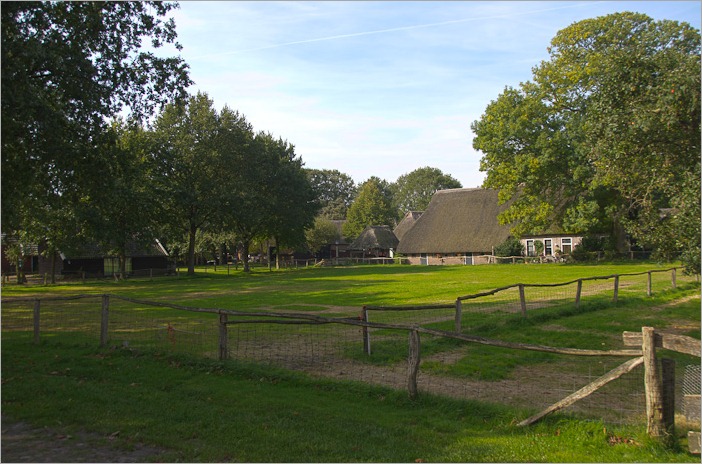 Farms in their original glory

The farms have kept their original form and are still maintained. It looks like the farmland is small but except for the bigger farm pictured above, this was pretty much the size of farmland in the 1870s. A few animals, a bit of land to cultivate and that was mostly it. 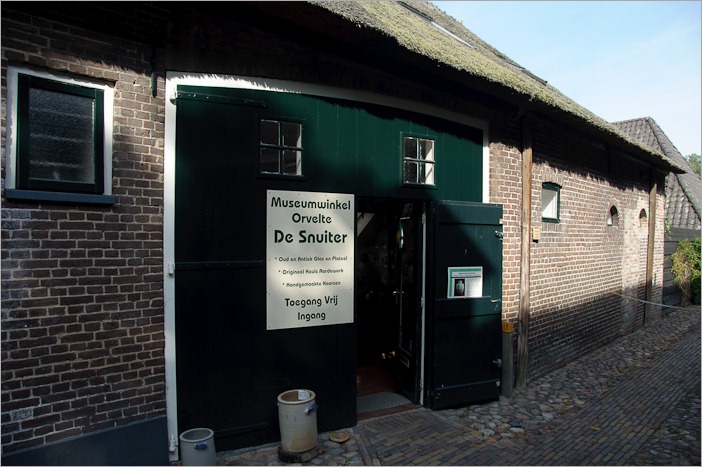 Of course everything should stay as it was in the time… But it’s not easy to attract people with only farmhouses and some animals. Therefore a museum shop can be part of the village. Now what does a museum shop sell? To find out, we went inside, most of the buildings have free entry in the village. Pictures are allowed everywhere (woohoo). 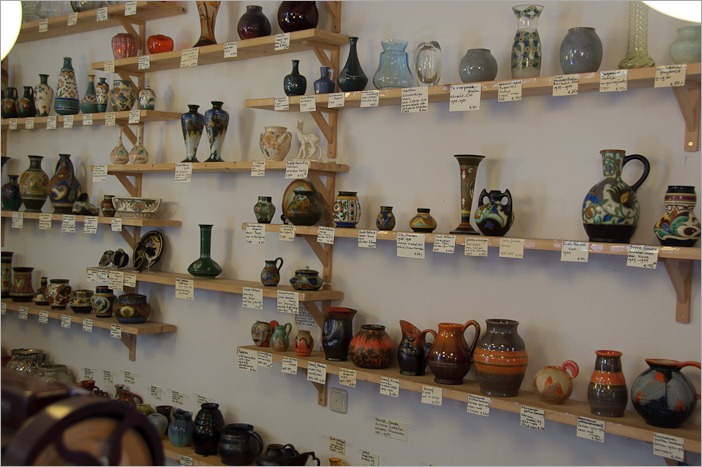 Inside the museum shop only “old” stuff is for sale. This shop is specialised in earthenware and ceramics from the same period as the village. However, not all objects are from the village. All the objects have their own history and pedigree displayed in the shop. Since I know nothing about ceramics or their history, I tried to eavesdrop on the shop owner and a knowledgeable customer. It looked like the shopkeeper had an answer to every question. 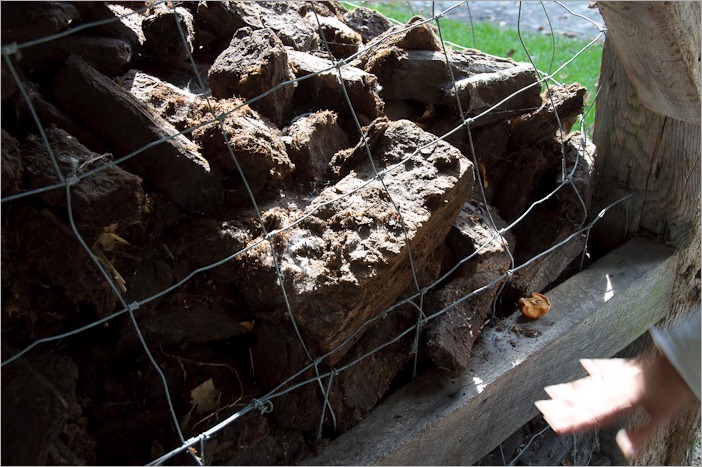 Orvelte is located not far from the peat fields where most poorer people were “harvesting” the peat and drying it before burning it in winter. Peat is the form coal takes before it really becomes coal. In other words it’s hardened plant remains with the occasional dead body as a bonus. When the latter happens, all of archaeological Holland flocks together to see the remains. That doesn’t happen often anymore, peat is not being harvested anymore nowadays.

Transport in the village is on foot or by bicycle. No cars are allowed except for the occasional security cars. Fire is a real danger, even in the wetter periods of the year. 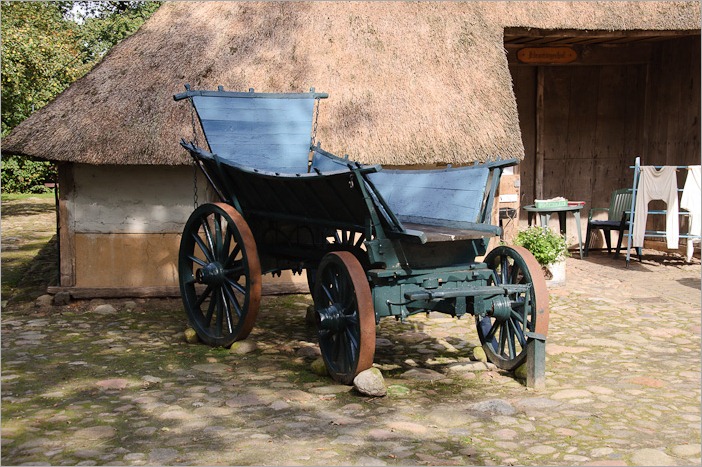 Transport without an engine

Of course, some people cannot walk or bike for extended periods of time, or just would like a different experience from their cars.

The horse tram is made for them. 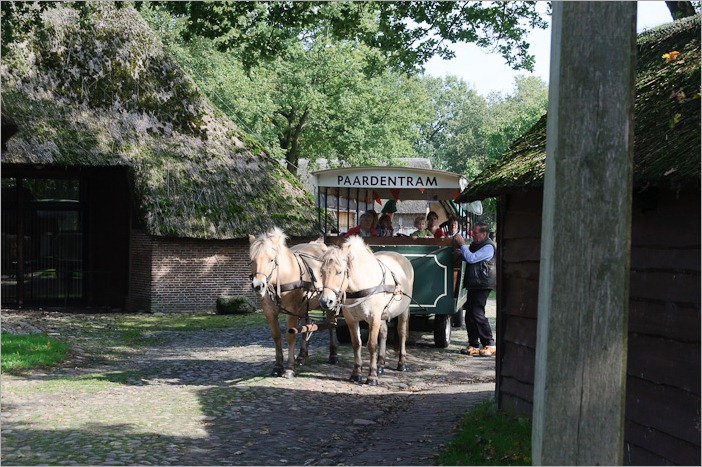 The kids always have a lot of fun with the horse tram, it’s not often they can enjoy this kind of transport. The horses are calm and very friendly, you can come up to them, and pat their noses, no problem. Feeding them a piece of apple may give you a handful of spit though :-)

The village being a farmer’s village, they also had a place to transform their milk into cheese, butter and buttermilk. Today’s cheese factory is housed in the original factory, although it is now using modern materials and is shielded off from the visitors for hygienic reasons.

The old cheese factory is now a small museum (of course). 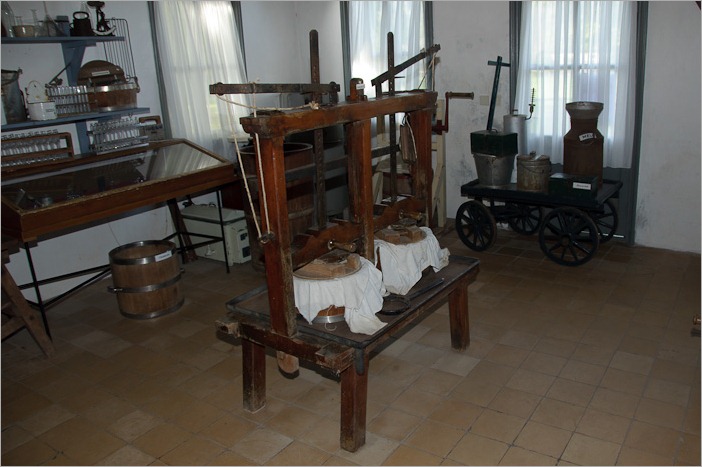 The old tools are now displayed in a more presentable way. The director’s office is there too. I was surprised to see a computer here, albeit one of a more ancient type. 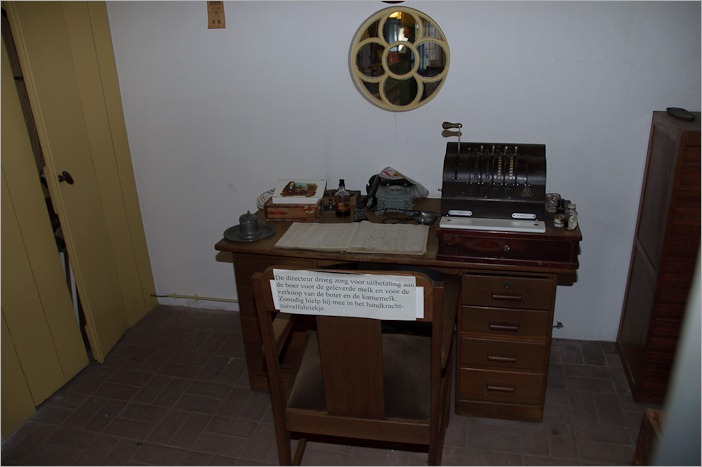 The director took care of payment to the farmers for the delivered milk and for the sales of butter and buttermilk. If necessary he also helped in the hand-driven cheese factory.

That is the inscription on the sign. A multi functional director it seems. 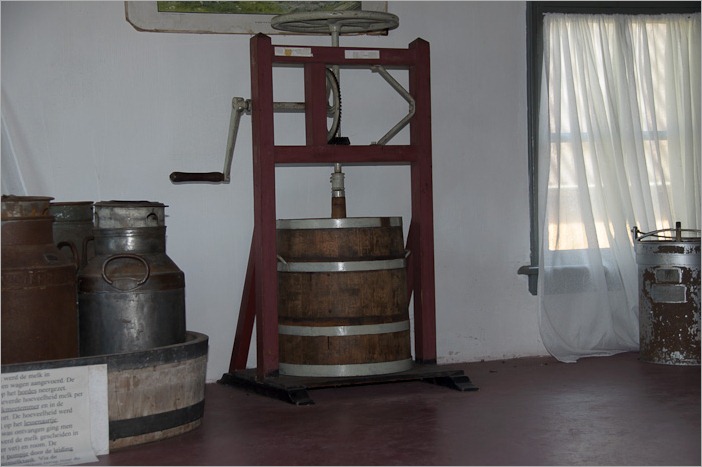 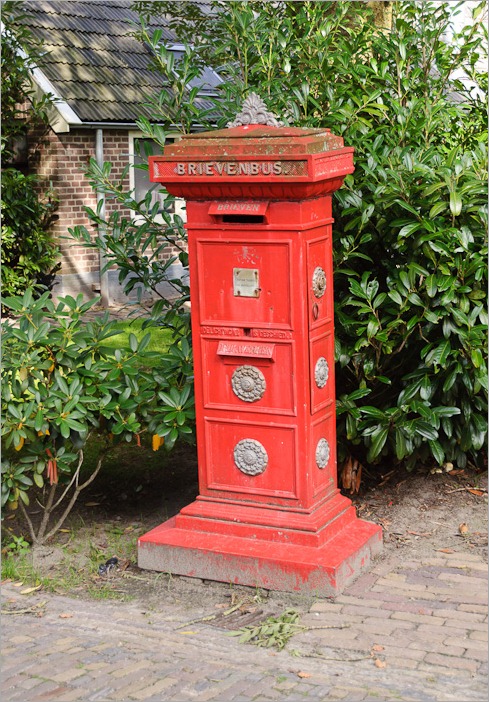 Back outside we “encountered” an old fashioned mailbox. They don’t make ‘em like this anymore. And that’s a pity, I guess these boxes saw a lot less vandalism than today’s plastic thingies. And, apart from being a bit dirty, you must admit that this mailbox has a certain class. In British terms we could call this one “Sir Mailbox”. 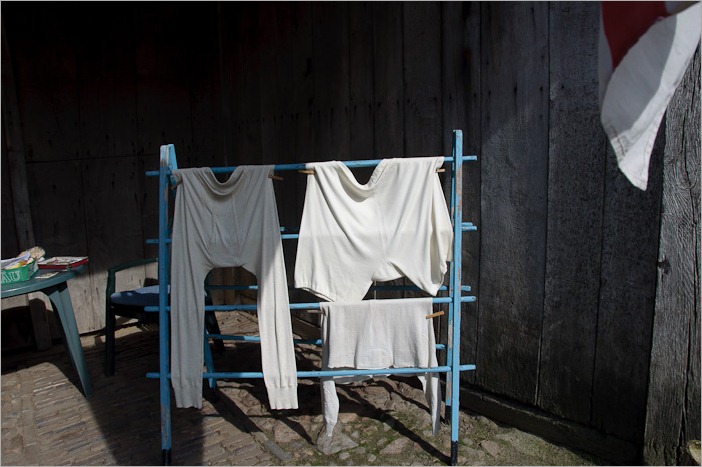 And, if you want to immerse people in the old ways of the village, a small display of the old clothes on the drying stock is always a good thing to do. I don’t know if these clothes are still worn, or if they are simply there for show (joking).

As you can see, in Holland they take care of the past and try to make it as accessible as possible. Now, if only they kept the prices of the different places to the level of the epoch… 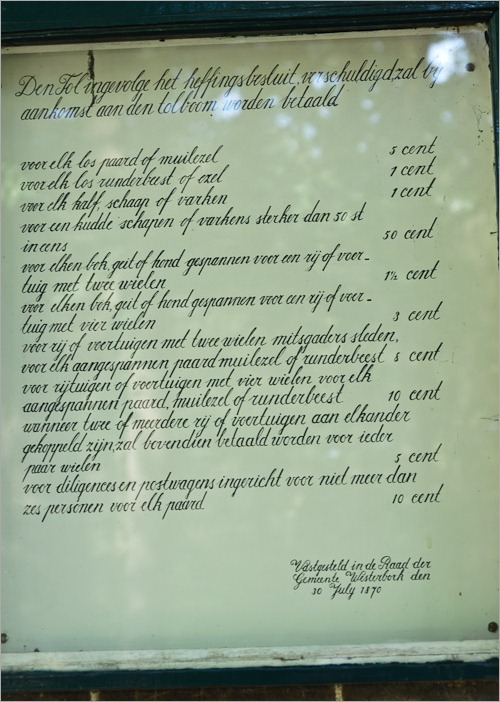 Prices from the toll house

I’m not going to translate all of this list, I guess the prices speak for themselves. This was before the new realm of the Euro, of course :-). Prices as of July 30th, 1870.

If ever you go to the province of Drente in Holland, don’t forget to make a little trip to this village. It really is worth your time.

This is my last post about Holland for a while, already I wrote it in Ukraine, the next post will be from Winnipeg…