An afternoon at the beach

Oh, the beach! What a pleasure to go to the beach on a nice afternoon! Wherever that beach may be, we always think about sunshine and hot sand. We decided to go to the beach near Bergen aan Zee in Holland. Noord-Holland, one of the two provinces that give the name Holland to The Netherlands. 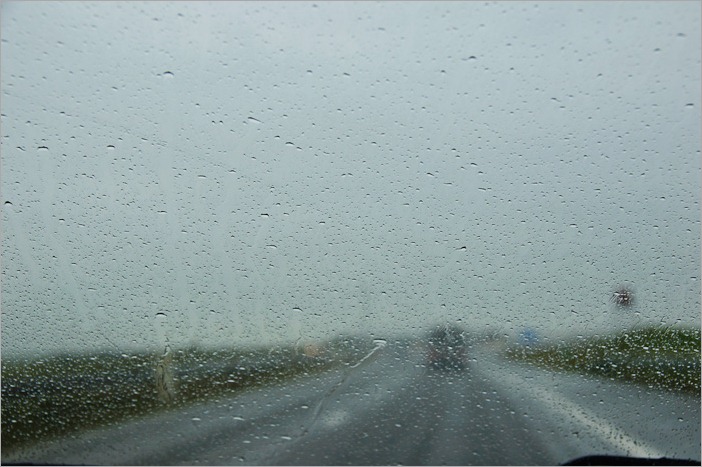 On the road to the beach

And we didn’t get one. But the beach was full of activity, despite the not so clement sky.

To get to a decent beach from Leeuwarden in the North of Holland in the province of Friesland, you have to take a ride between two seas, former seas.

Between the provinces of Friesland and Noord Holland in The Netherlands lies a dam of 32km long. On both sides you have the sea. One side a real sea with salt water, the other side has turned into a lake with fresh water. As the sea is on both sides, technically this is a dam, but its name is Afsluitdijk, Closing Dike.

The Afsluitdijk or Closing Dike

At the point where on the 28th of May, 1932, the workers closed both ends of the dam, and so made a lake out of a wild sea, they erected a monument. The monument has a small tower one can climb and with nice weather you can see both provinces. This time, only one side was visible. In the picture above, the fresh water is on the left, the salt water on the right. 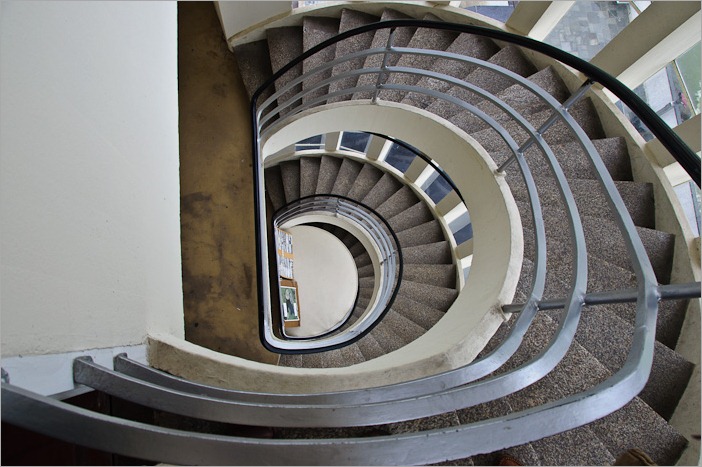 Going down from the tower is a nice picture. I guess this is the most taken picture of the Monument since its creation. As I already said, the weather was far from ideal for going to the beach. Even the birds that are normally flying around, decided to stay in the water. 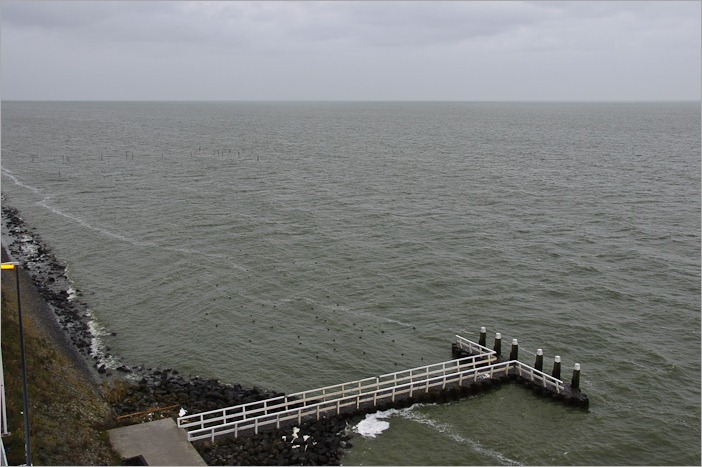 The birds in the water, these are birds, not sensor dust…

Going to the North Sea side in Bergen aan Zee, we expected more rain and wind. The rain stayed away for some time and gave us some nice opportunities to take a walk. In this case you could say, a walk on the wild side… The wild side of the sea. 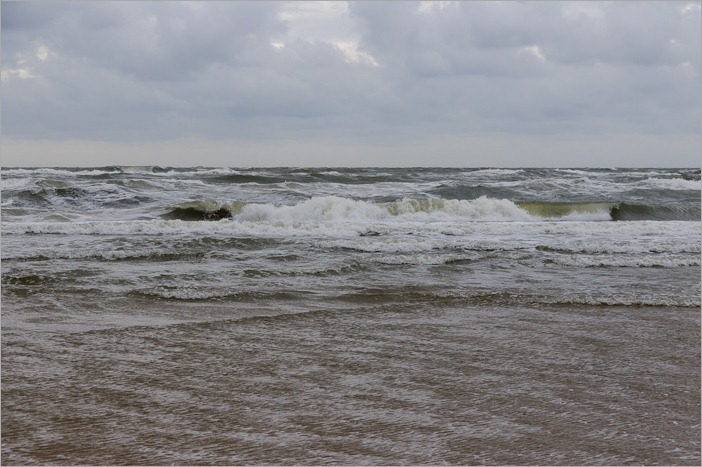 First view of the sea

The wind was hard to very hard. That also means nice waves in the sea. The beach here has a very gentle slope, giving place to fairly high waves. Obviously these waves are no good for swimming, even if the water is shallow. 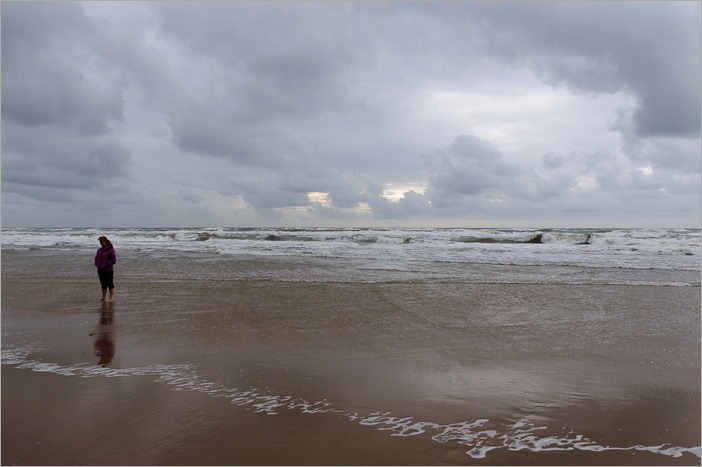 A courageous woman, tempting the sea

But of course one should not forget that we are here in Holland, the country of water and wind. A little wind and rain will not spoil the fun you can have at the beach. The woman also had her husband and two children walking around in the sea, barefoot. No pictures of the kids though, let’s not tempt it…

Now if wetting your feet were the only thing to do in the water, then I guess the beach would be full of walkers, runners and so on.

However, many people were not on the beach, but… 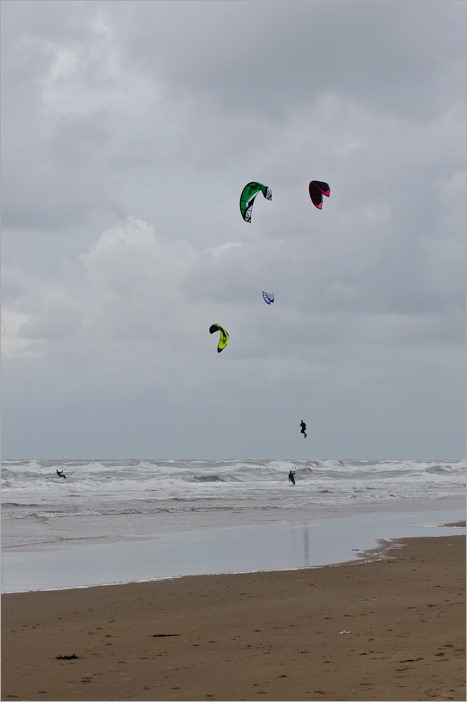 Above the water, better than below

Above the water, were many kite-surfers having fun. Most of them stayed in the waves at neck-breaking speeds, but some of them took the jump and let themselves be pulled out of the water by the wind. 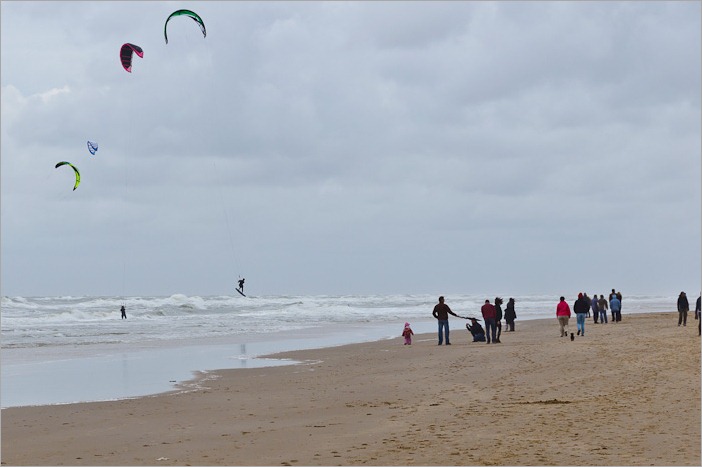 Other people were there as spectators, but all were moving, running or taking pictures. I never thought I would see so many DSLRs on a windy beach, but I counted at least twelve people with those. Point and shoots were there too, en masse.

The kite surfers liked the calmer water near the beach, but some of them just went into the higher water, no fear. They all had wetsuits though. I don’t blame them. 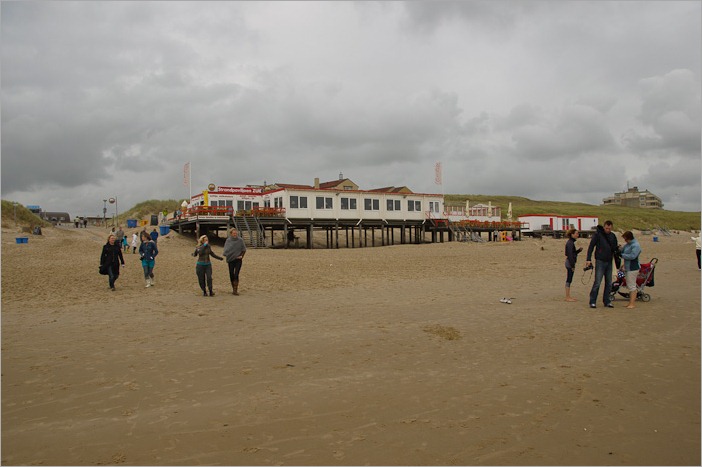 DSLRs a go-go on the beach

Contrary to the popular beliefs, the beach restaurants do not close during winter time. They are warm and welcoming, whatever the weather. Outside, I wouldn’t want to eat anything in this weather, my teeth do not need sandblasting (yet). 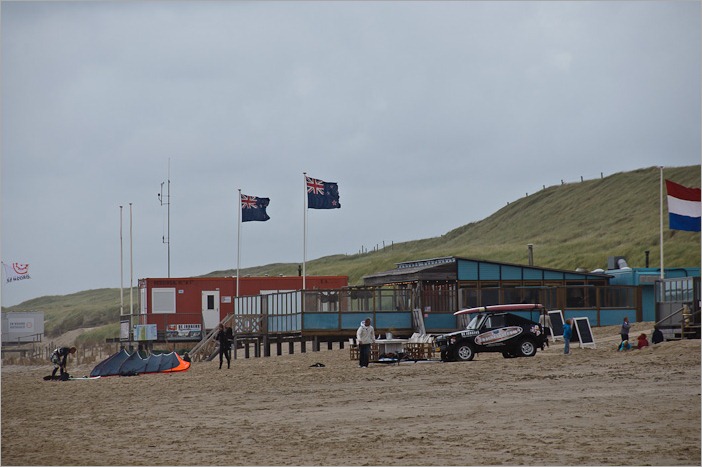 Multinational activity on the beach 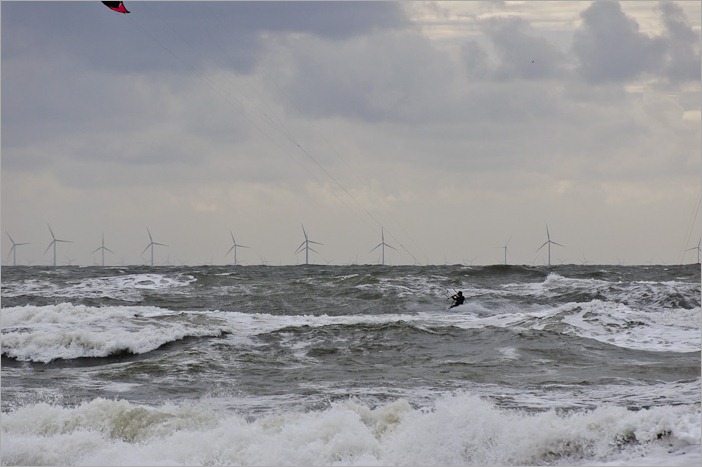 But who would expect me to write a story about Holland in the wind without showing a picture with windmills? Well, the Dutch windmills have come a long way since the 18th century. Nowadays they are used for generating electricity and stand in the middle of the sea. Some people don’t like the sight of them and prefer them far away.

In the above picture the windmills are at least 2 kilometers away. A little picture enhancement using Lightroom made them more visible. 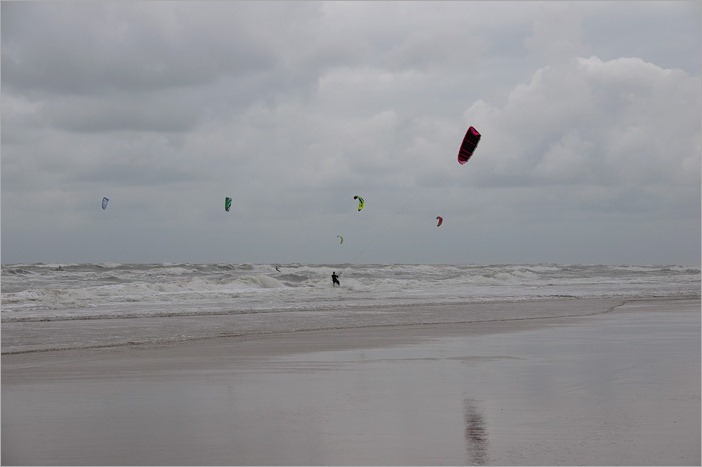 A last look at the kite surfers

We walked for about an hour on the beach, getting sandblasted and saltblasted in the process. Of course the fresh wind, not very cold, and the salt made for a healthy walk and we came back with a nice salty skin. My glasses needed urgent cleaning before taking the car back home. Salt air took care of a whole bunch of microbes that had decided to take hold of my nose, HAH!

The camera also needed a good cleaning. All that sand and salt is really no good for the tender mechanisms of a DSLR. It didn’t stop me from taking pictures though.