We are in Konotop, a small city in the north of Ukraine. The city was first mentioned in 1635 in various documents as Novoselitsa, something like New Little Village. Nice name for an emerging city. 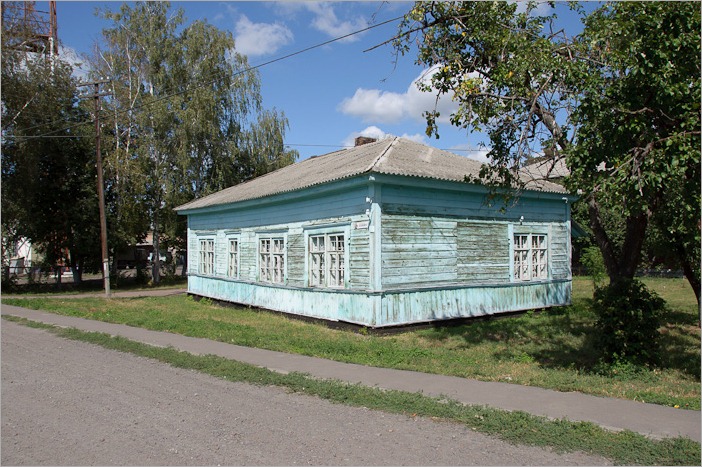 One of the older houses

Many battles have been fought in this region, from ancient times (yes, 1635 is pretty ancient) until the last World War, or as they call it here: the Great Patriotic War.

Pictures of the beginning or at least of the time when even my parents hadn’t been planned yet, can be found here. I’ll try to stay in more recent periods, with my own pictures.

Novoselitsa was the first name, Konotop is believed to have come from the words “Horses” and “Drowning”. The area around Konotop is now mostly usable, but in the beginning it was a perfect swamp. The swampy area simply swallowed everyone that didn’t know his/her way.

Konotop is also “known” for its witches. Yes, witches. Although today witches are believed to be benign, being called a witch in Konotop was not a good thing. Given the swampy area around the city, it can even be believed that these “witches” could be related to the “witte wieven” in the north of Holland. 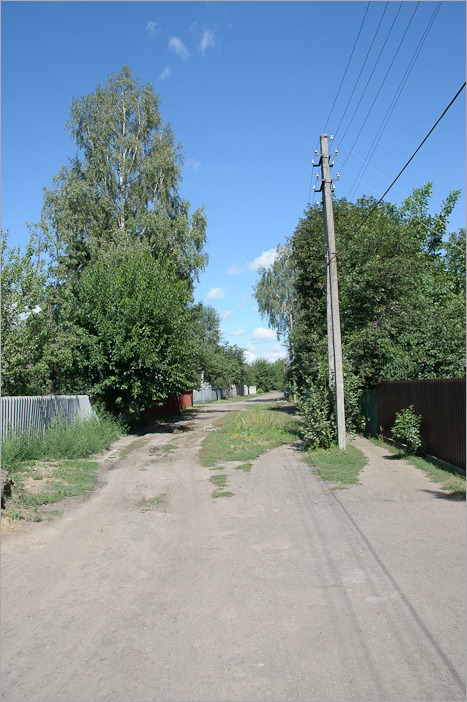 Today, no problems, roads are here to guide you, even if the old swamps are not far away. Except perhaps that some of the streets/roads still look a bit swampy to me :-).

The city today still looks like a village in many aspects. From the small houses to the roads and streets. 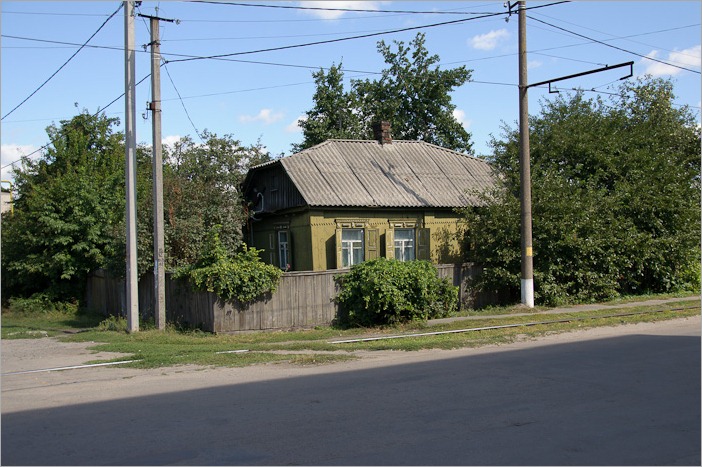 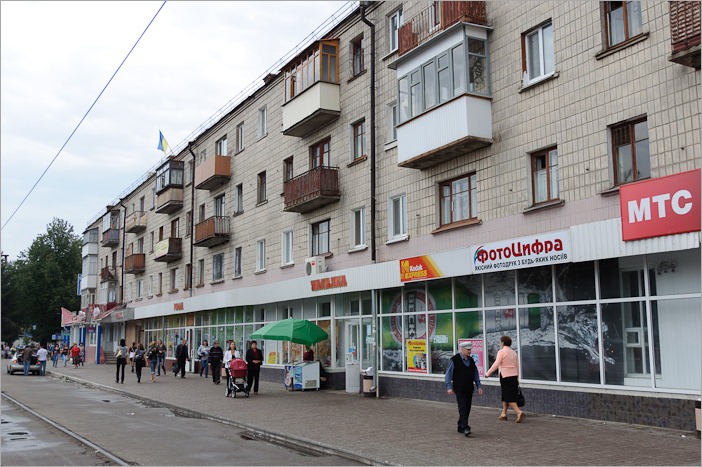 But of course the “Soviets” were not destroying all older buildings and then building new ones. Older buildings, mostly individual houses with considerable space still exist today. The biggest ones, however, were often emptied of their rightful owners (them being sent to some other, less hospitable places) and the house divided into multiple units for more families to live in. 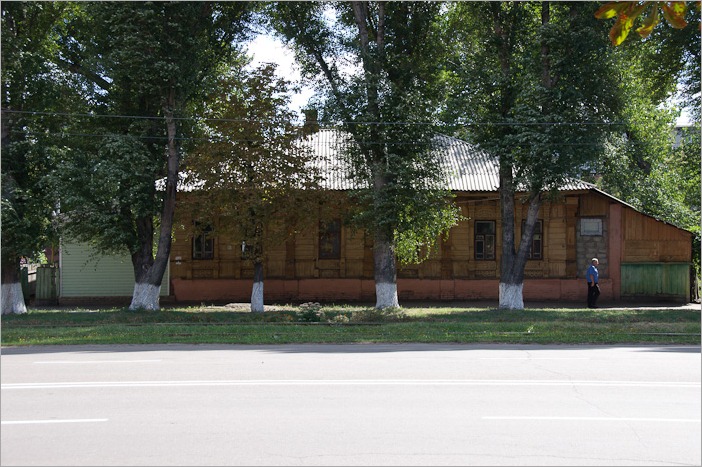 Older than the Soviets

The above house only has two individual units, a nicely carved wooden facade although some maintenance is now required. It is still visible that this house was once a grand house.

The place where once fairs were held is still called “Fair Place” although the market has now shifted to a little easier place with better accommodation. No horse or cattle are sold today, only food, clothes and household material. And only in the farthest end of the place. The panorama above spans about 170 degrees. The current market starts at the far end in this picture. 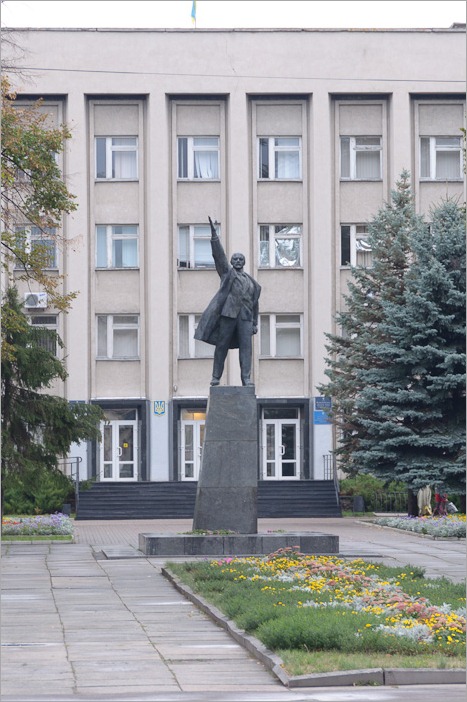 Other vestiges of the Soviet era are still visible, although most have vanished since 1991. Lenin, however is still there, still brandishing his fist. A different view of this statue can be found here. Both pictures are made by yours truly.

Konotop has its own radio and television station, set to broadcast from the city center. 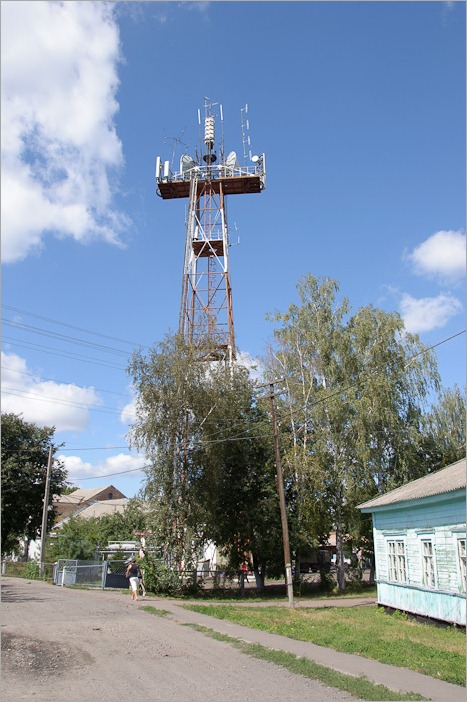 The radio emits programmes in Russian and Ukrainian.

The first time I came here, about 6-7 years ago, I had studied a bit of Russian so that I wouldn’t feel myself completely lost. Once arrived in the family, however, I didn’t understand even one single word! Later, I understood that in this part of Ukraine, the language used is a mix of Russian and Ukrainian, and mostly understood by none of both parties outside of this region… 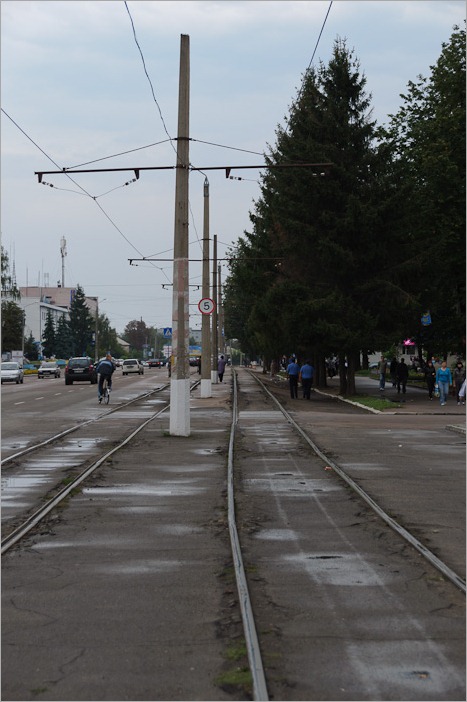 Konotop is one of the only smaller cities in the ex-Soviet Union to have its own tramway system. Three lines sharing part of the same rails throughout the city. The production of the cars is completely in Konotop, and they are proud of their tramway. 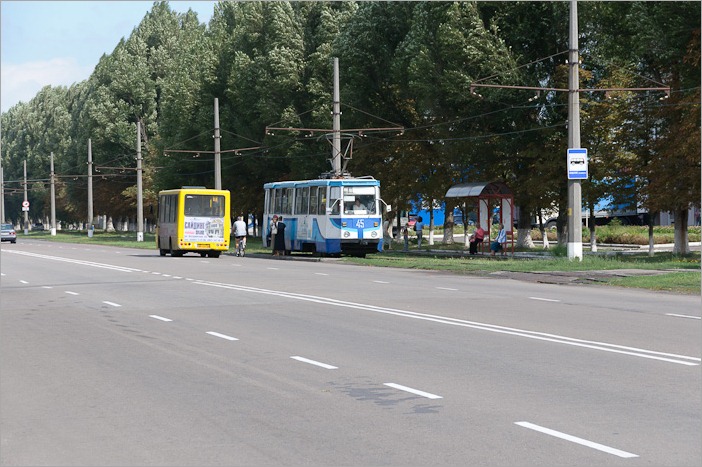 Even if the cars themselves look rather worn out, they are still running after several decades of service. Quite a performance I should say. 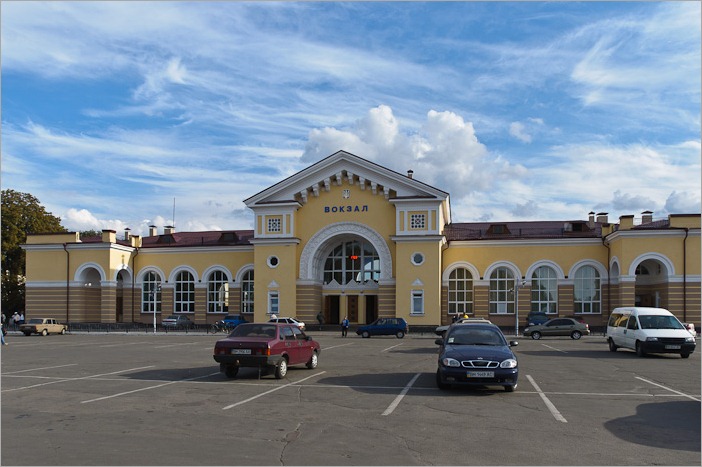 One of the reasons of Konotop deciding to have its own transport system instead of staying with the “standard” system of the rest of the country was that it has had a rather big railway station. Even in the Soviet period, this railway station was of great importance. Not so much for passenger transport (rather difficult at that time), but mostly for freight.

Freight trains were rolling all the time in the direction of Moscow, transporting most of Ukraine’s produce and basic compounds like coal and steel. Today the trains are less frequent, but the station is still of international importance.