Ok, by now we know we cannot travel to the future, at least not without risking our lives. Perhaps that is what travelling to the future is all about… Travelling to the past is a different question. Going to a museum is one possibility, but where can you go to experience real life in the past? 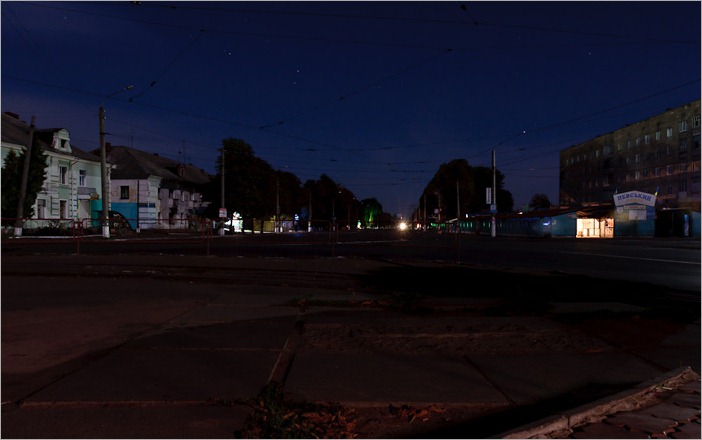 Without saying that life is “en retard”, we can say that life’s conditions are different in different countries. Like I said last time, Ukraine is in many viewpoints behind on our well established life. In other points it could make a nice example for North America.

One of the things that surprised me when I arrived in Canada was the law that strictly forbids the consumption of alcohol in the streets. Not that I often drink, but even beer? When an Olympic Gold Medalist walks in the street with a pitcher of beer, it is a big story. Here in Ukraine that is mostly a normal view. A little beer after work, before going home, no problemo! 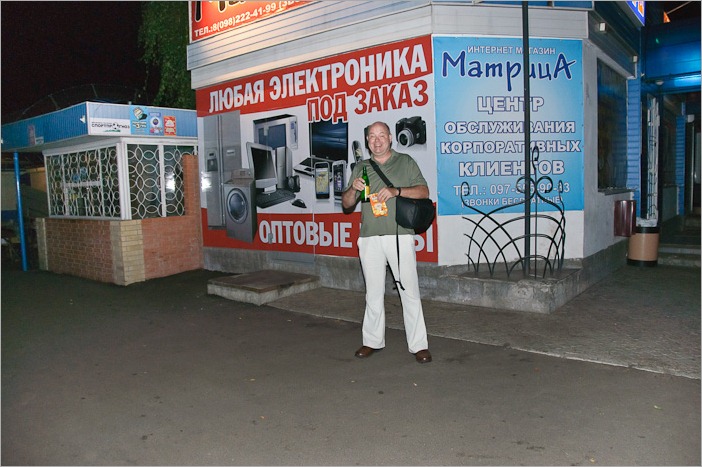 Drinking at midnight, in the street

But let’s not talk about the problems that come with a more serious consumption of alcoholic beverages, they are plenty, here too. 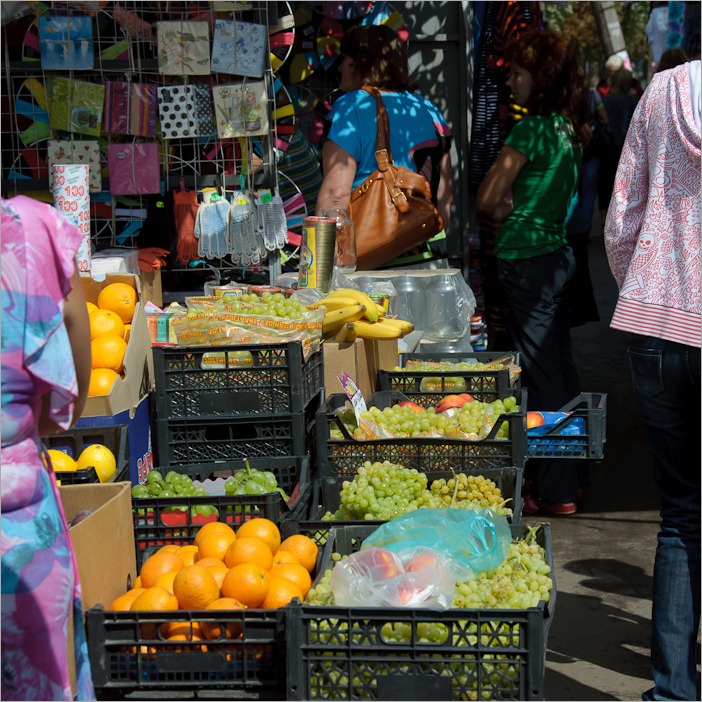 Fruit at the marketplace

Let’s look at the more standard side of life, markets. Markets called “bazaar” offer everything you need for a normal life. This includes bicycle parts, auto parts, eggs, handbags and fruit ‘n’ veggies. All is mixed, there is no separation of the different types of products. 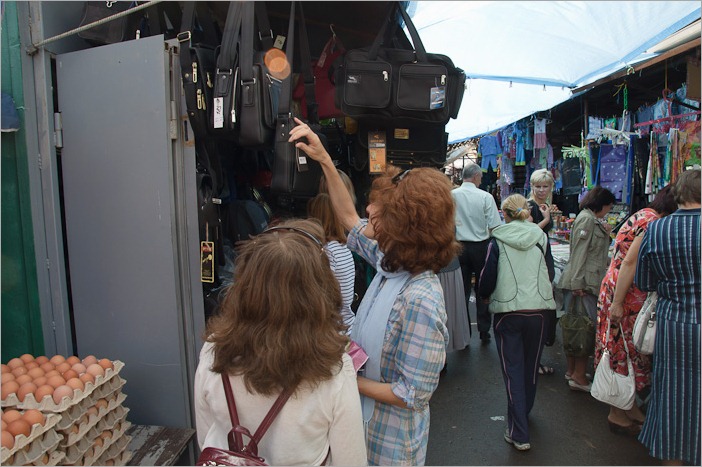 Eggs and handbags together?

The markets are open air, and work year round. Sundays are off. The alleys are covered with plastic tarps, rain has little chance to disturb your shopping. Except of course when it rains, some of the covers are just camouflage nets, straight from the army. 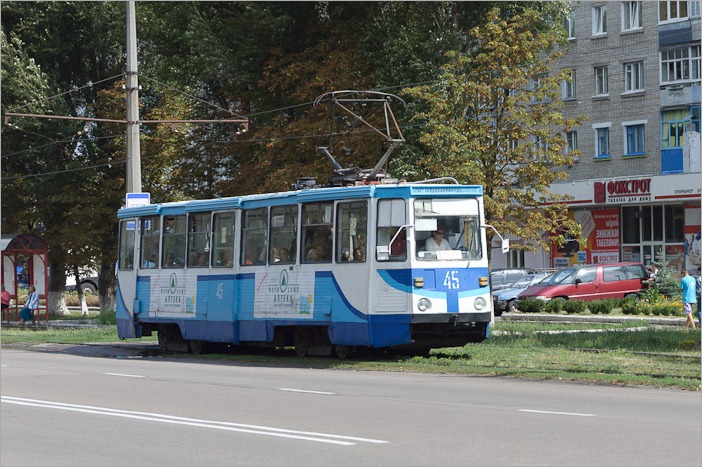 Going from and to the markets is a different story. Most people take the tramway. This one is made in-town. Konotop is proud of its tramway. However, some people start to like the more comfortable Siemens trams better. 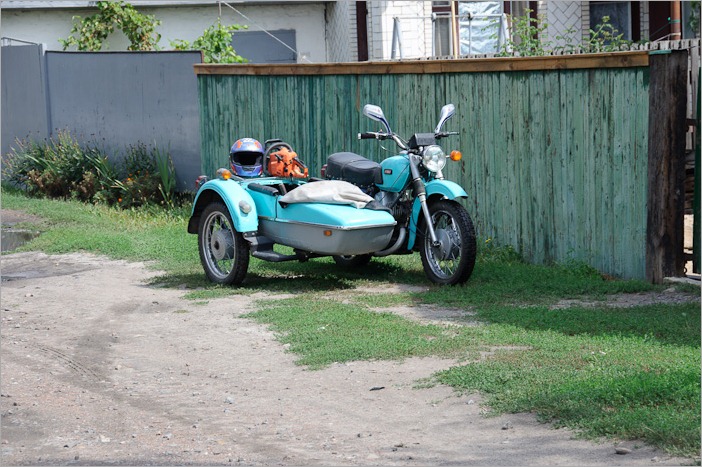 Other people prefer a bike with sidecar, all in the open air and still enough place for 2-3 people, or 1 + freight… The chainsaw on the above motorbike is not part of the standard equipment though. 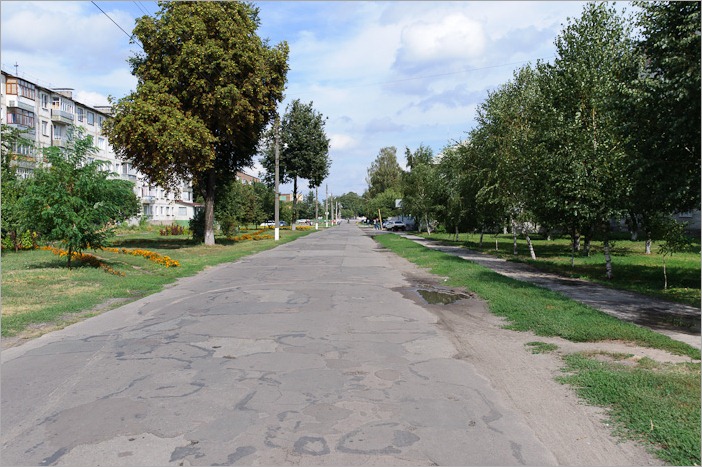 Living in Winnipeg, you get the idea that only in Winnipeg the potholes exist in the roads. Here in Konotop, and probably also in the rest of Ukraine, the potholes are plenty. Winnipeg is not the only place having them. 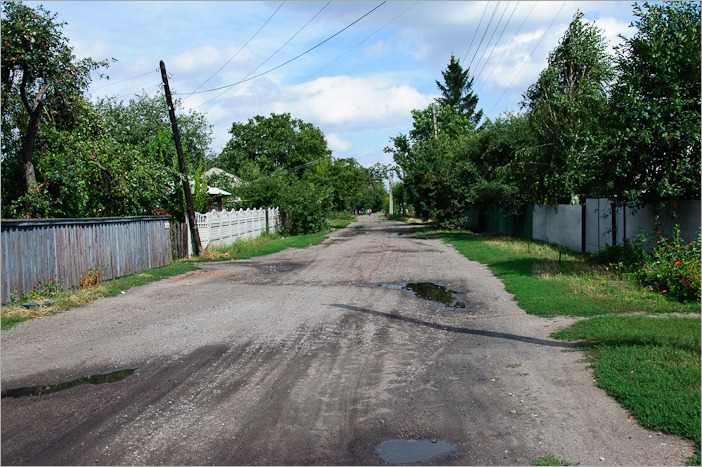 Of course, if you want to talk potholes, the road should have some pavement. Here in Konotop many roads still have no hard top. They have existed like this since the creation of the city in 1635 and have never changed. 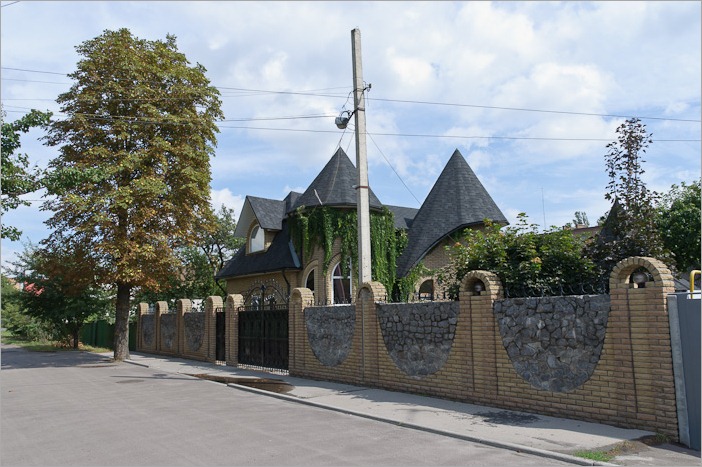 Houses, however, have changed. From what into what, is a mystery to me. This newly built house looks more like a haunted castle to me than the more standard houses you can find in the city.

All in all, if you come from Western Europe or Canada (I know nothing about the US) this is, in a way, a travel in time. In the not so distant past.