Blindly into the new year

Well, almost. Last year we decided to spend New Year’s Eve in Cape Breton, a mere 4-hour drive from our place. When we left Liverpool, the road was clean, the sky was clear and the mood was high. Ok, enough with this literary stuff… 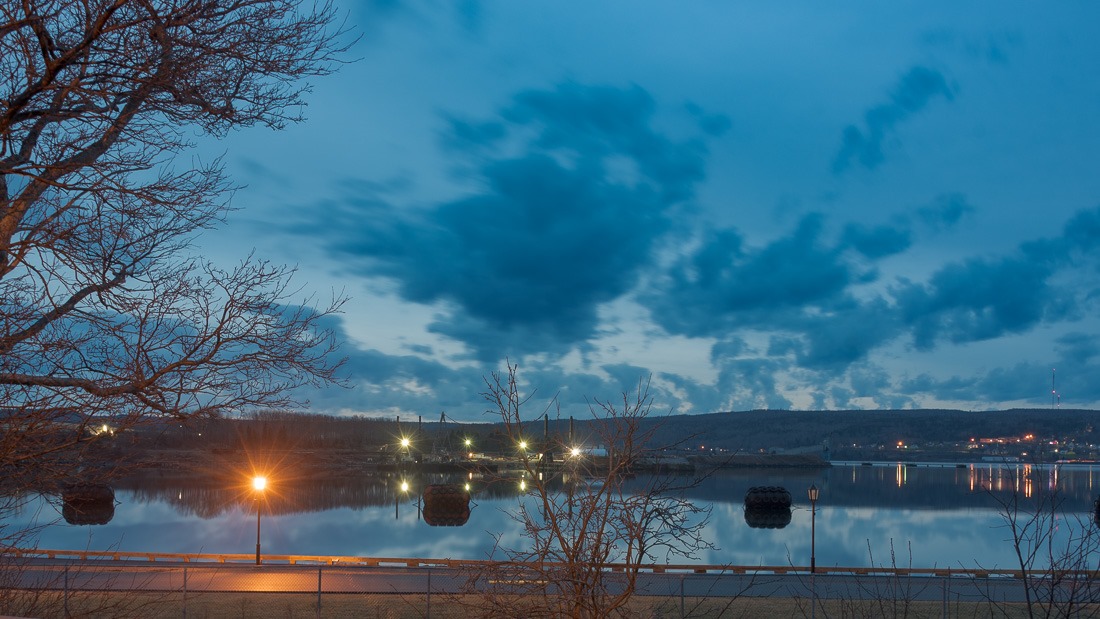 Once on the road, it was clear after a few hours that the road would become quite tricky.

As it turned out, Cape Breton didn’t want to reveal its secrets this time. We arrived at the Canso Strait by nightfall. Once we were settled in at the hotel, we went for a walk to the strait. 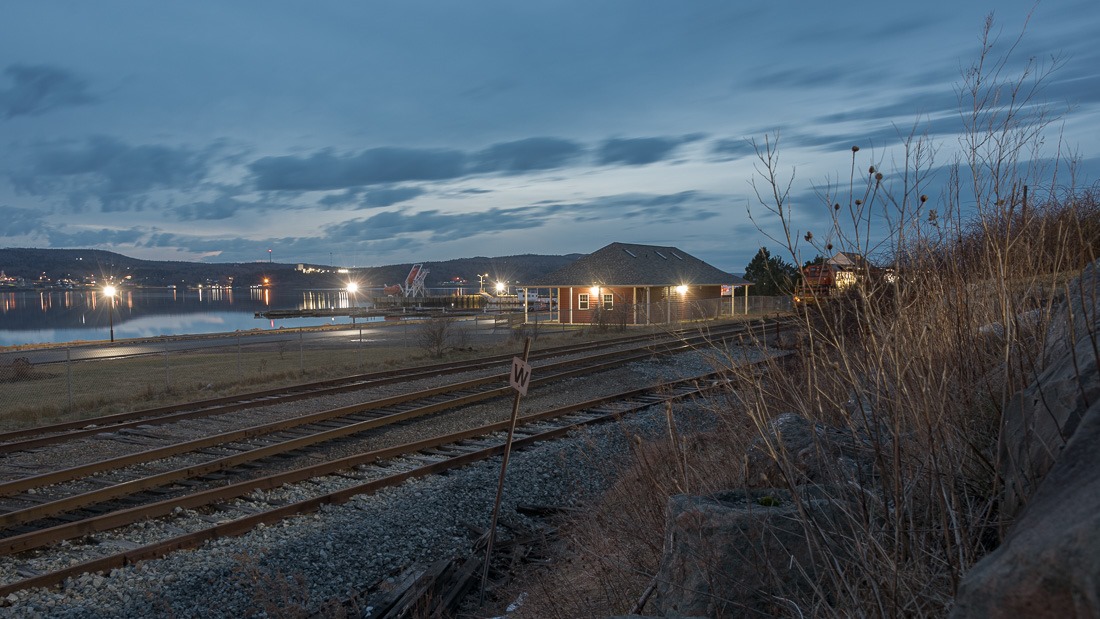 As expected, I forgot to take my tripod, so I was doomed to use fence posts and park benches as stable surfaces for my long exposures. Despite the limitations, these pictures turned out pretty (well).

The next day, New Year’s Day, everything was invisible. A thick blanket of fog hung over the town.

No use trying to even think about taking pictures. So we decided to go closer to the coastline. After all, there is always a little bit of wind to chase away any fog, right? Yeah, right. The fog went from simple fog to thick fog plus rain. The above shot should give an idea of the conditions. 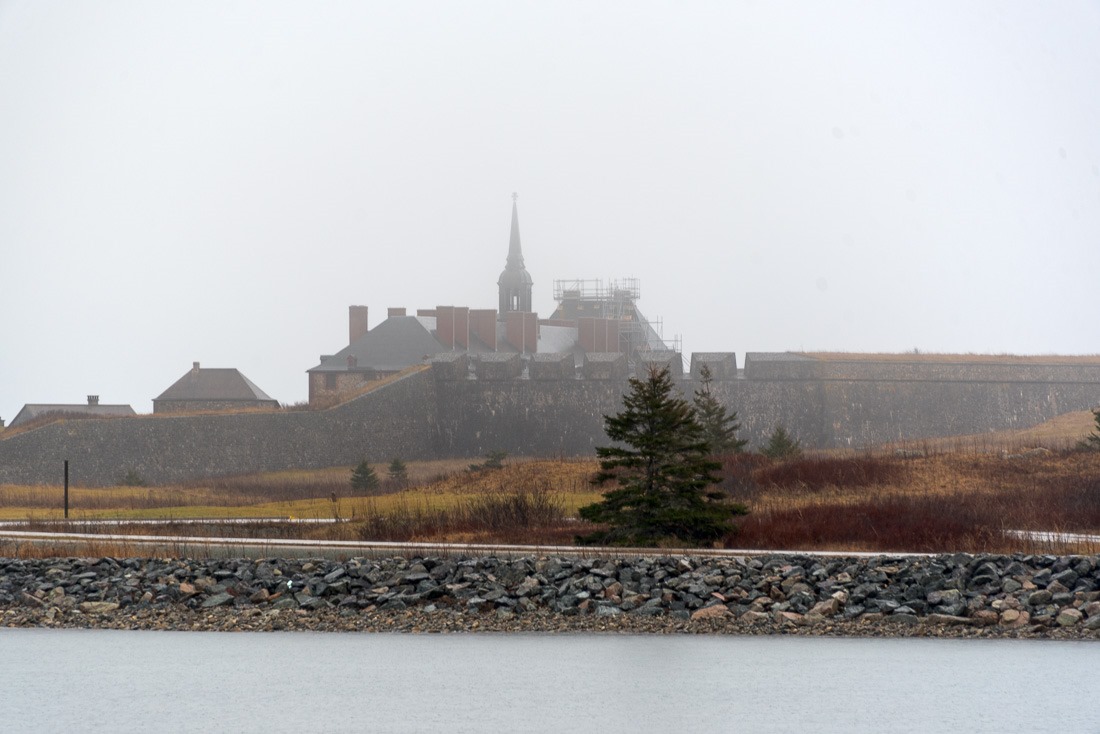 But no worries, we headed on to Louisbourg and the fortress. That is a very nice place to be unless it’s on New Year’s Day or any other holiday. Then they are “exceptionally” closed. 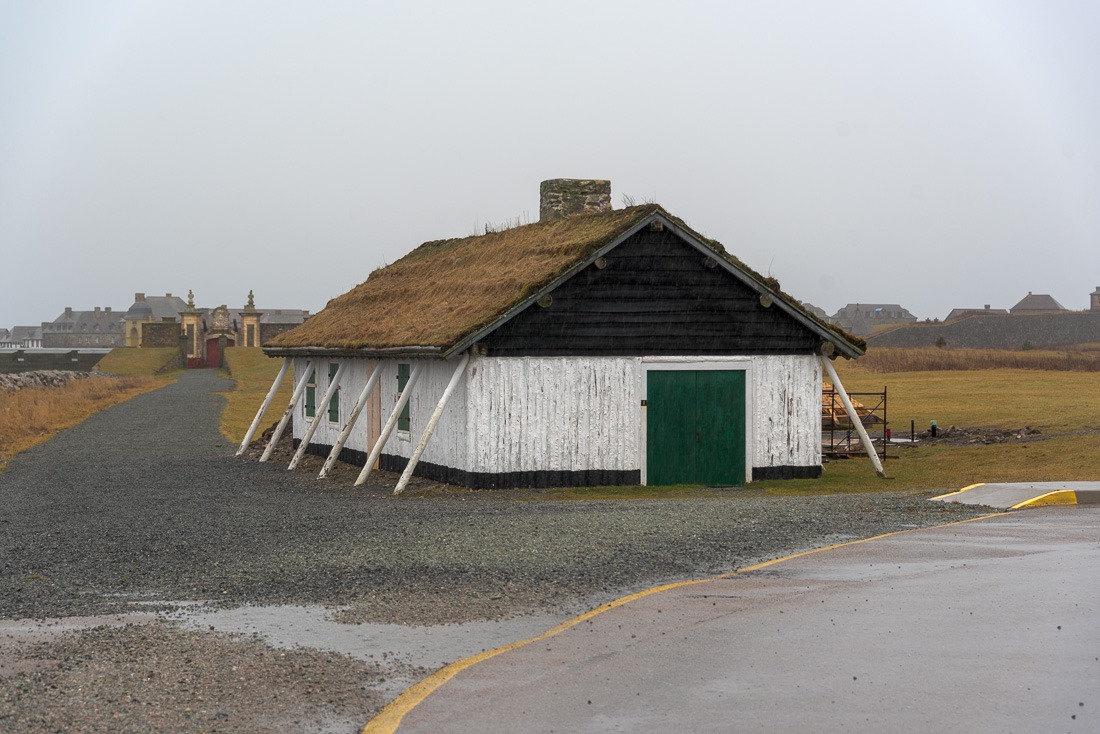 We were still able to park illegally in front of the (closed) gates and walked up to the fortress. I can’t see what the purpose is (or was) of this building outside the fort. 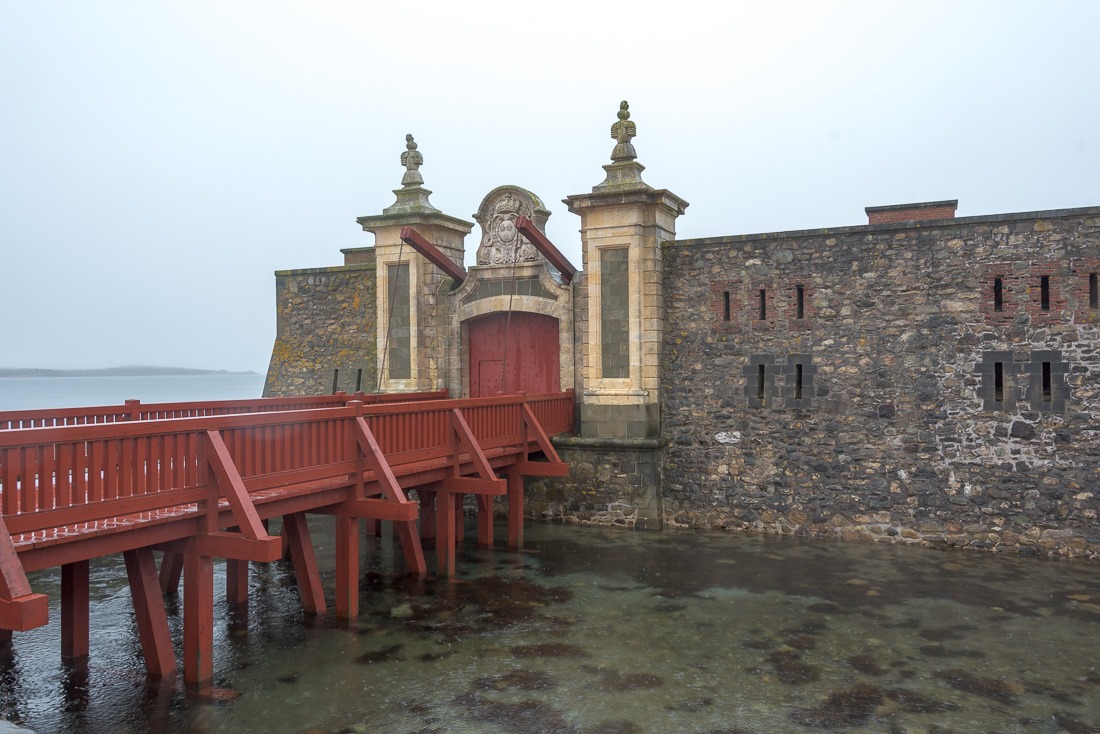 The fort itself was, well, closed. As you may be able to see in the water here, the rain had started to come down seriously. The camera is weather-sealed, so the saying goes “If you can take the weather, so can your camera!”. 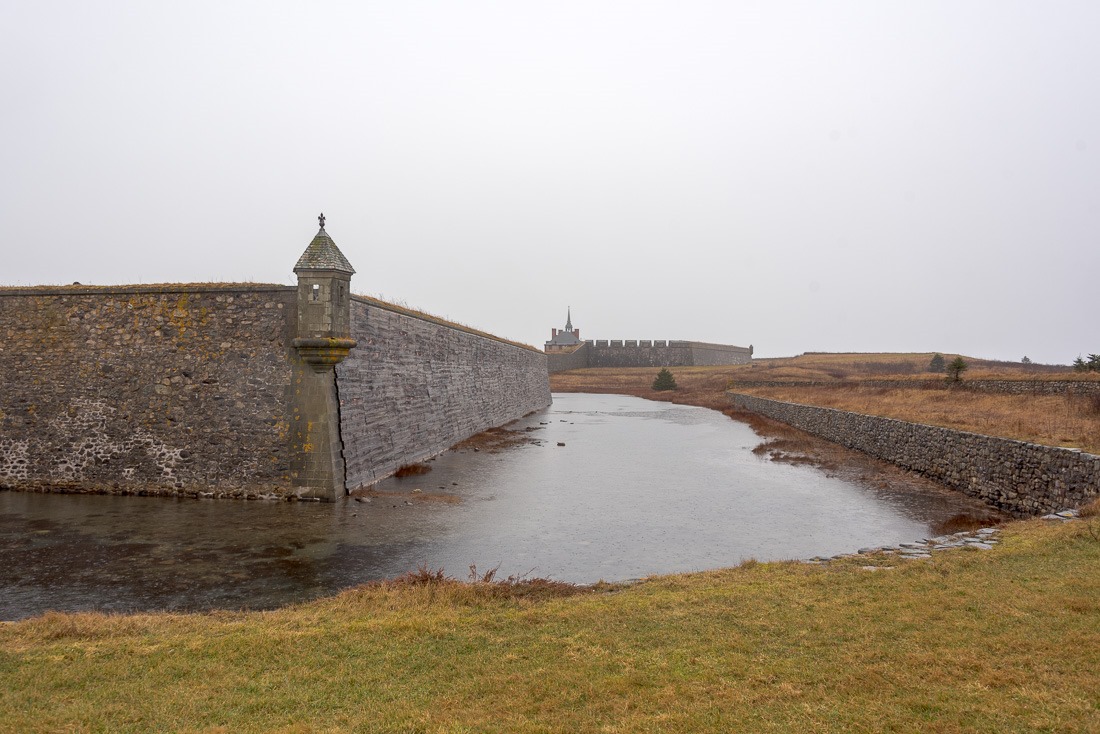 We ended up both soaked and me only shivering as well. Since there was no good reason to stay here, we “kissed the lock” and headed back to the car. Even on days completely closed, the park watch looked curiously at the car, parked in front of a “no parking” sign. They don’t want to miss out, I guess. 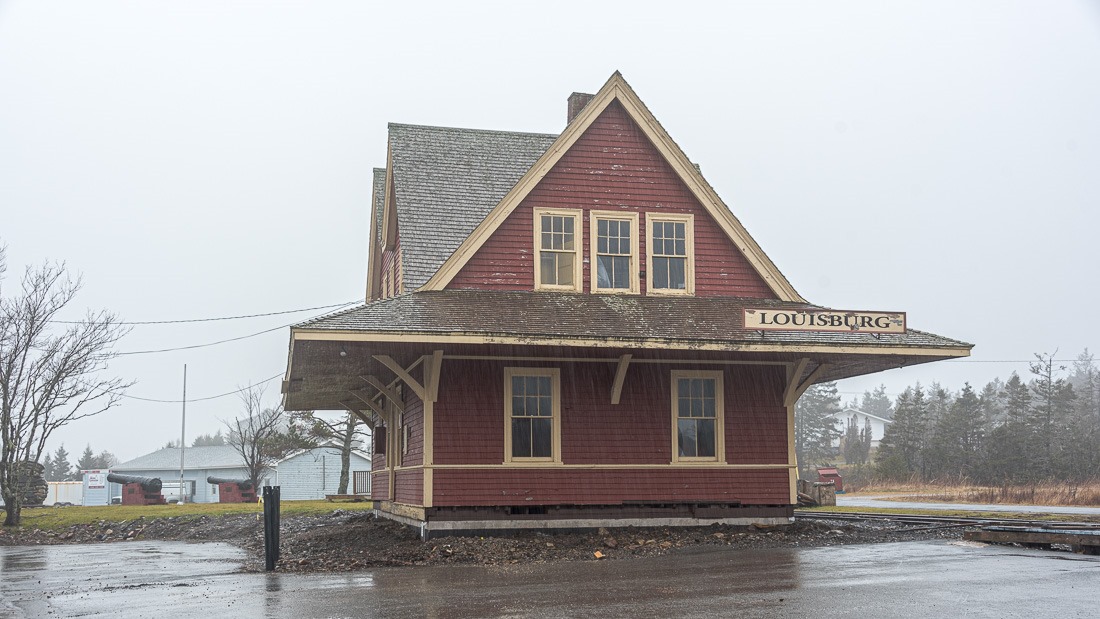 I waved to them that the car was not abandoned and they moved away. Then we came across the old Louisburg Train station. Look closely and you can see the rain pouring down. This was one of the clearer moments of the day, on the way here, over the same road, the station had been invisible. 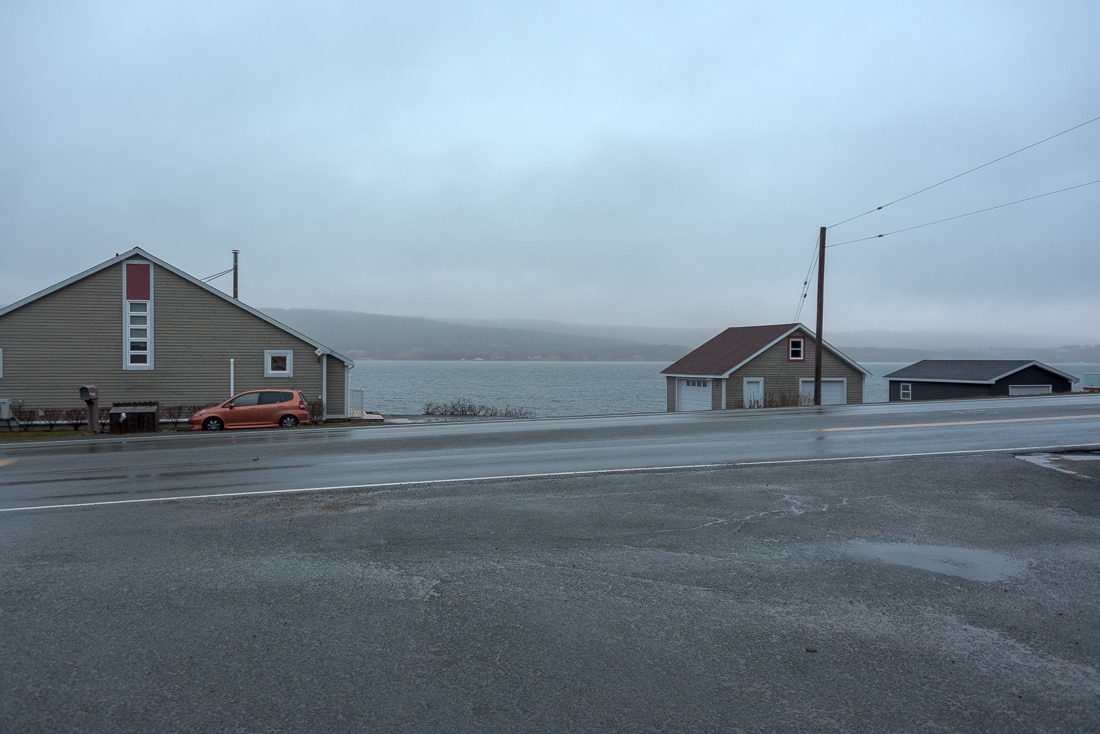 We decided to go back to the hotel and have something to eat and drink to celebrate the New Year. Bras d’Or Lake seemed to be a bit more visible, but by this time, the day was at an end and night had started to set in.

Apart from a handful of pictures at the Louisbourg Fortress, I had been able to take a total of 7 pictures that day, despite the road being labelled as a “Scenic Drive”.

Cape Breton did not want to give away its secrets this time. I guess you have to be from Scotland to appreciate this kind of weather…