It’s that time of the year again. The retrospectives are everywhere. The “Best Of…” selections of things already shown during the year are back. 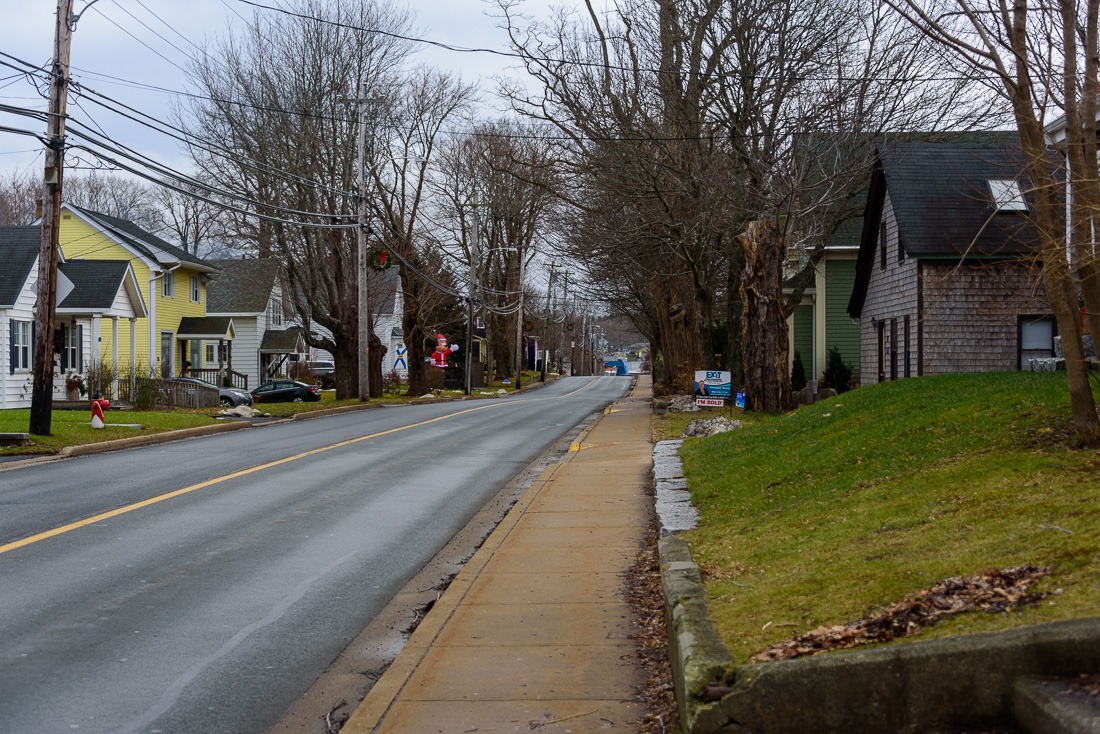 So I thought I’ll jump on that bandwagon too. It seems like I partially missed it and am dragging my boots behind a fast-moving train instead.

In fact, this thing moves so fast that if I wait another few days, it’ll be gone, only to be seen again after Christmas. Ok, perhaps I’m being a bit dramatic, but hey, there have been so many things and events in the past year that I hardly know where to start. 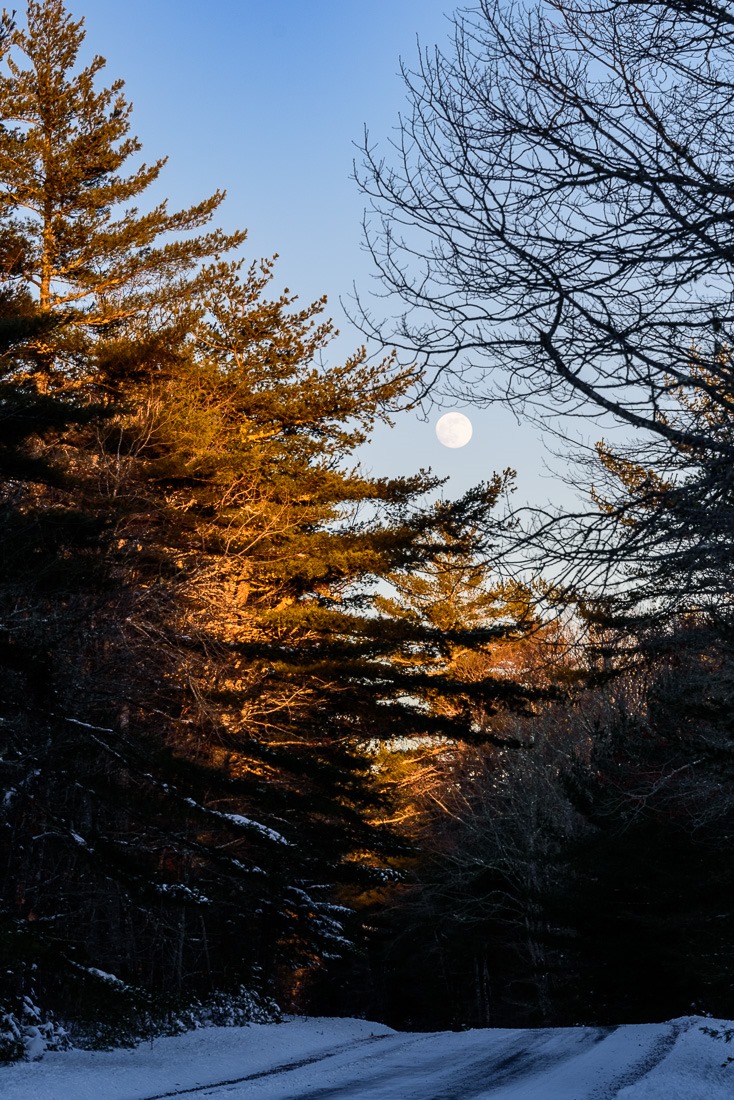 Photography-wise, things have been a bit slow. Not because there is nothing to see here in Nova Scotia, on the contrary. But more because the house needs upgrades. And it needs them NOW. An unsafe electrical system is, well, unsafe. 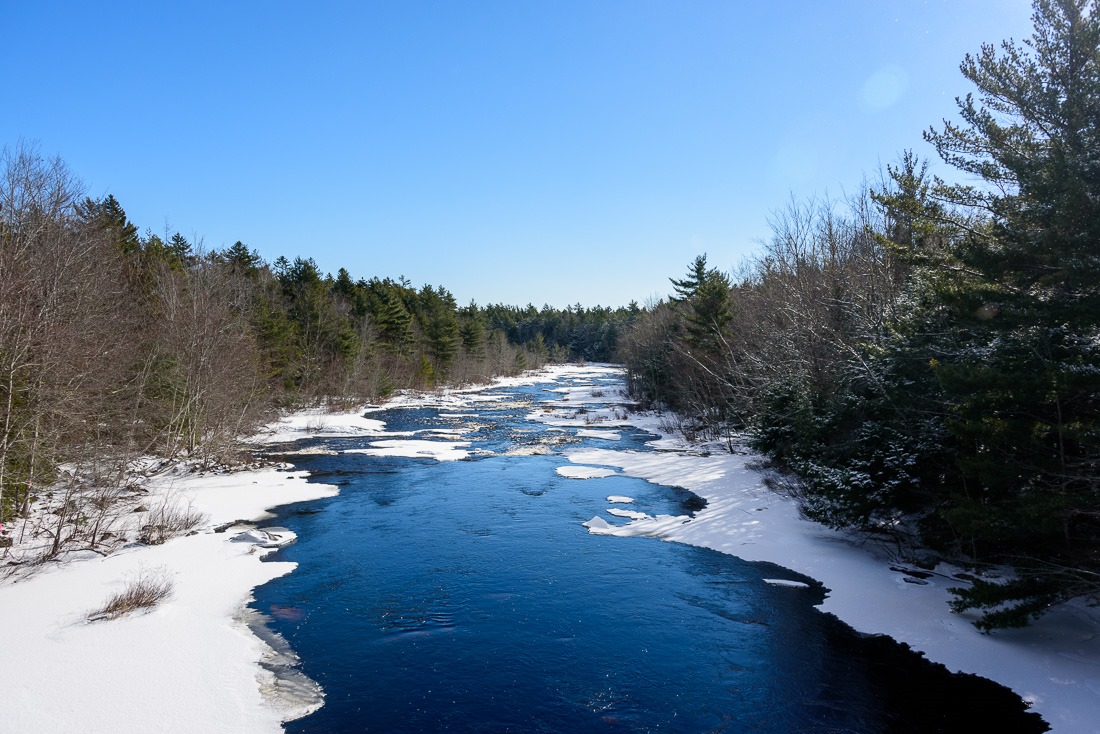 Perhaps a little less than a few years ago, nowadays everything is low-energy, so overloads are not as common. However, I don’t like that my wires may turn into melting fuses inside my walls. 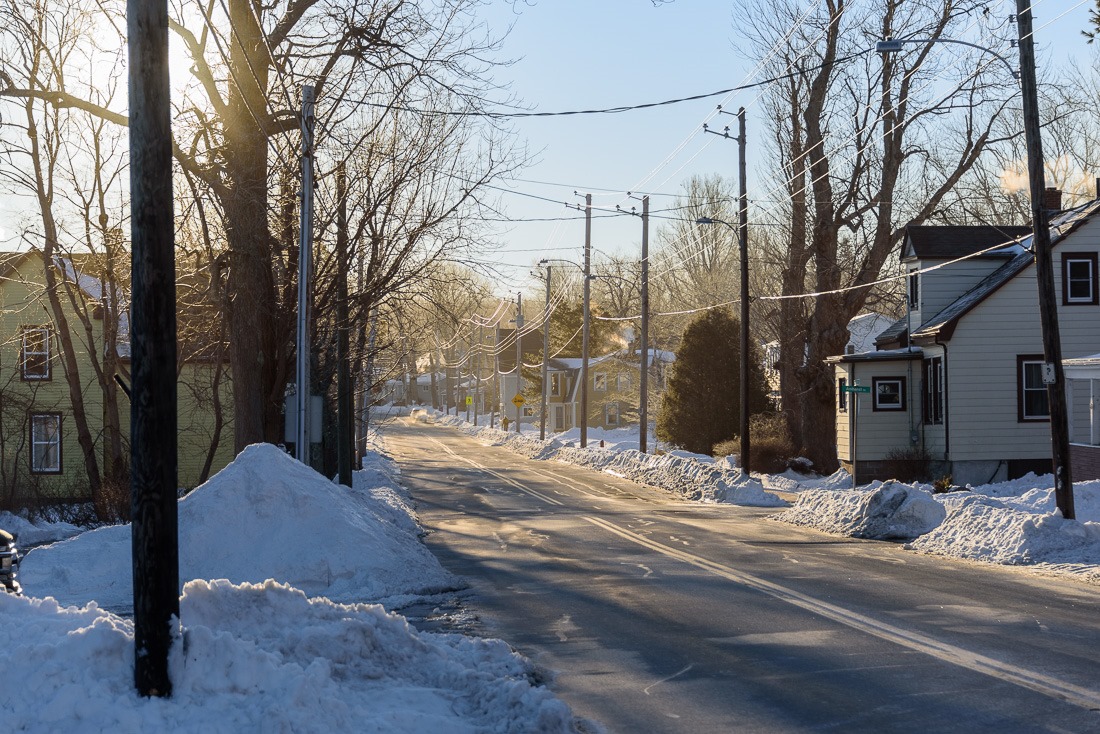 First sunshine of the year 2022

Yet I still managed to go out in the area and shoot some nice subjects. The above shot didn’t require much effort. This was shot straight from my front door after a few days of snow and a few weeks without sunshine. That morning was just gorgeous and I couldn’t pass this up. 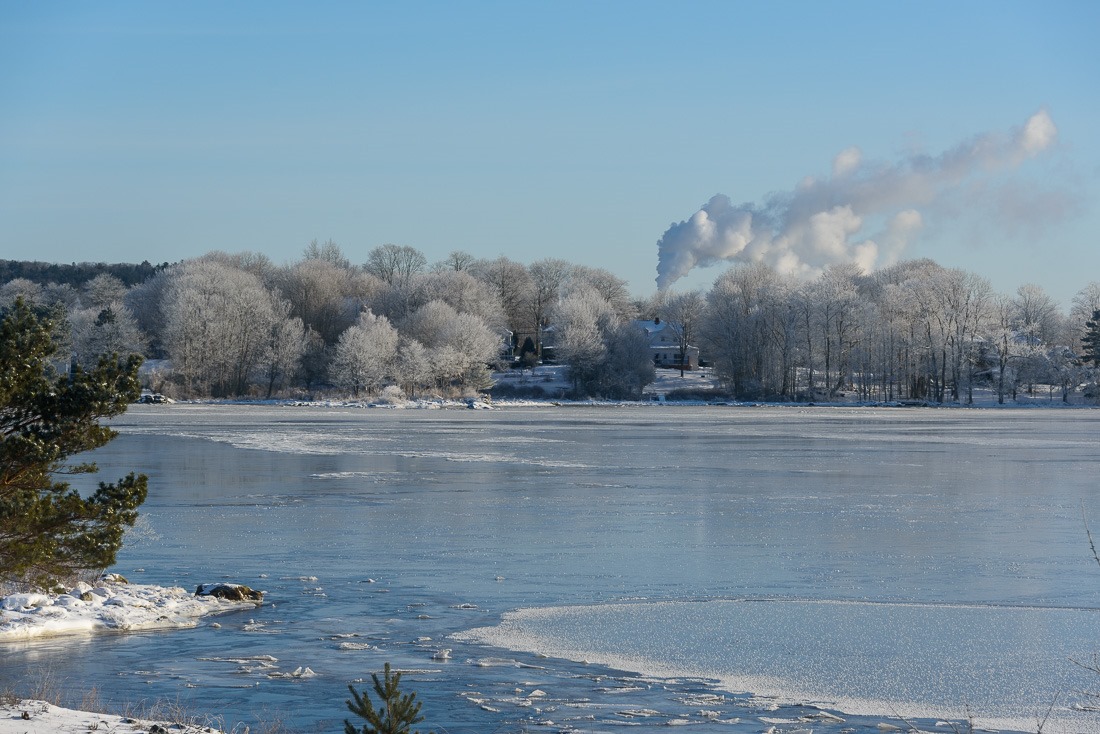 Hoarfrost over the Mersey

Even February was clement, despite some snowfall. They don’t call it “heart attack snow” for nothing. Temperatures are not low enough to keep the snow in its fluffy shape and shovelling this is more akin to moving heavy mud and rocks than moving fluffy snow. The above shot from my backyard, however, was a nice one. It needed no shovelling at all. 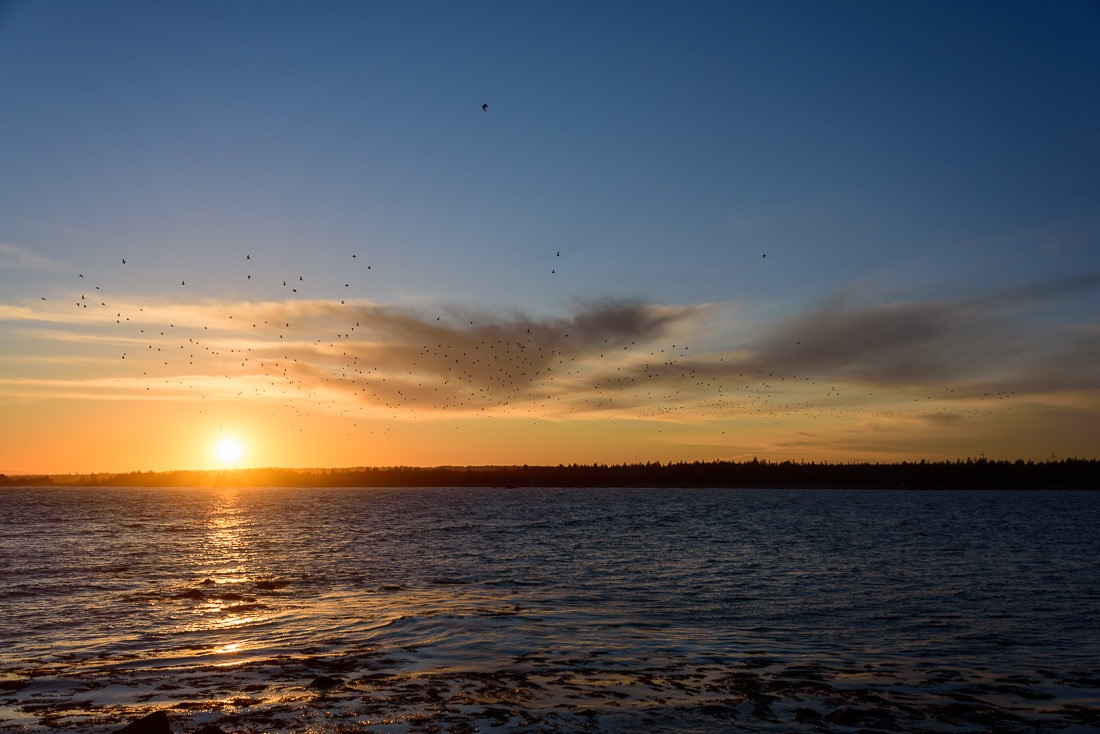 Even sunsets were gorgeous in February. Once the snow is within reasonable levels, driving around is fine and getting out for a few shots is actually a pleasure. No more freezing my fingers off while trying to switch on my camera. The above shot was taken just before that glorious period of warmth. 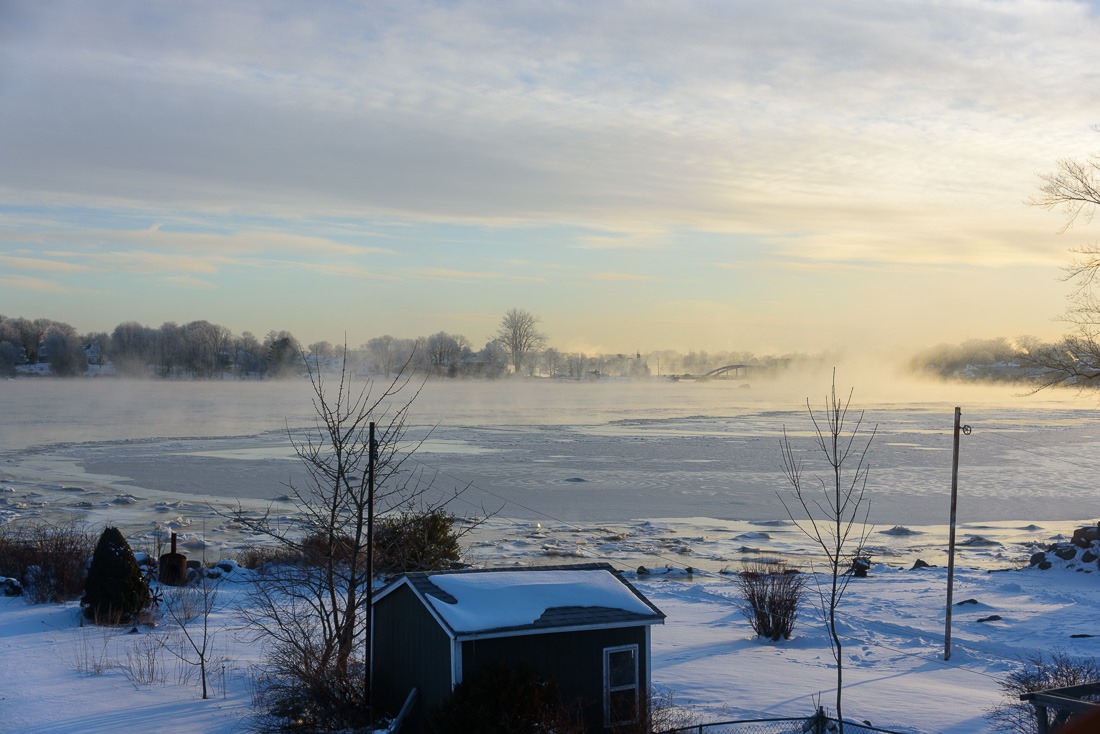 When you don’t expect it…

But just when you think the snow and ice are gone, they are… back. Another round of cold weather. Yes, things can get cold here on the Atlantic Coast as well. At first, coming from the –40C temps of Manitoba, I thought that I would never get cold again. Big mistake. 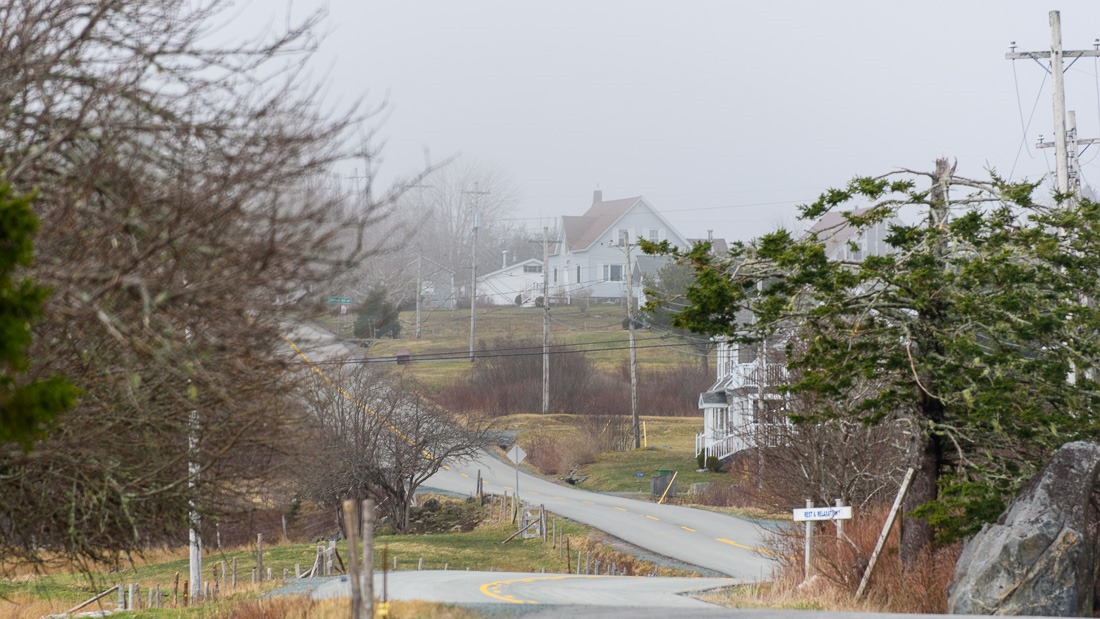 The wind here just robs you of every bit of warmth your body can muster. The humidity is to blame for that one. My furry winter hat stays in the attic, though. Nothing warrants that over here. Here, one needs more waterproof clothing, not so much –100C-rated boots. 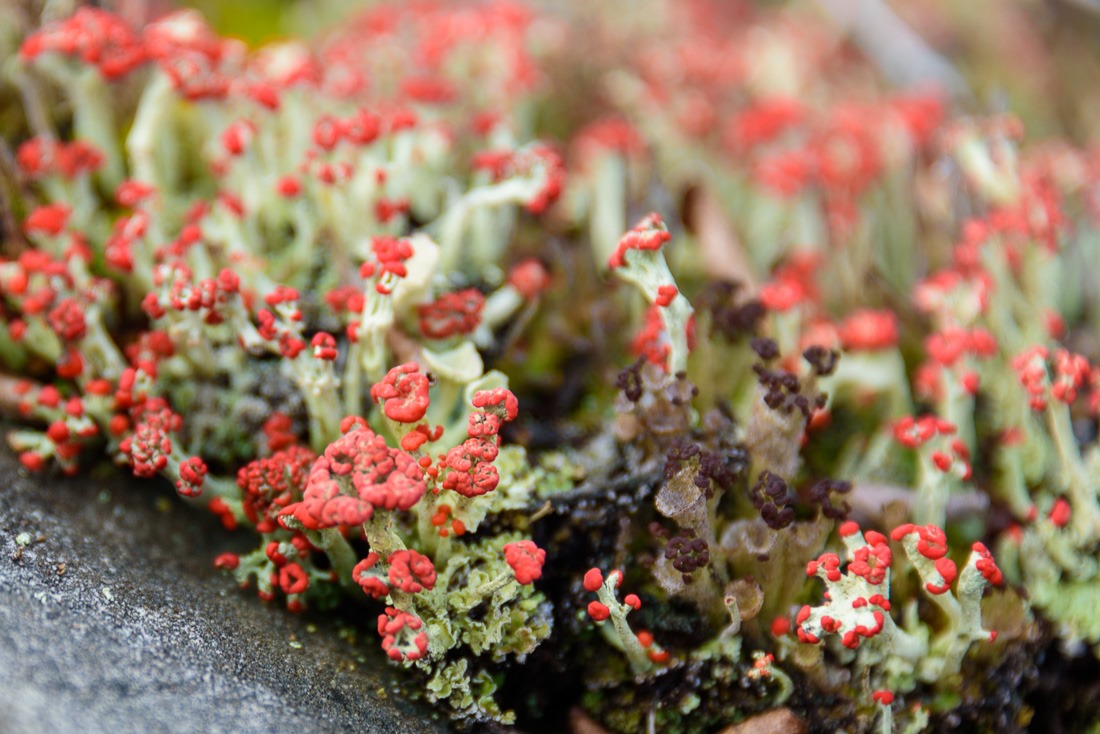 During the winter here, things warm up again, showing small wonders everywhere. I have used my 60mm macro lens way more than I would have in Manitoba. This “army” of British Soldiers caught my eye more than once. And then to think that many people don’t even notice them and step on them… 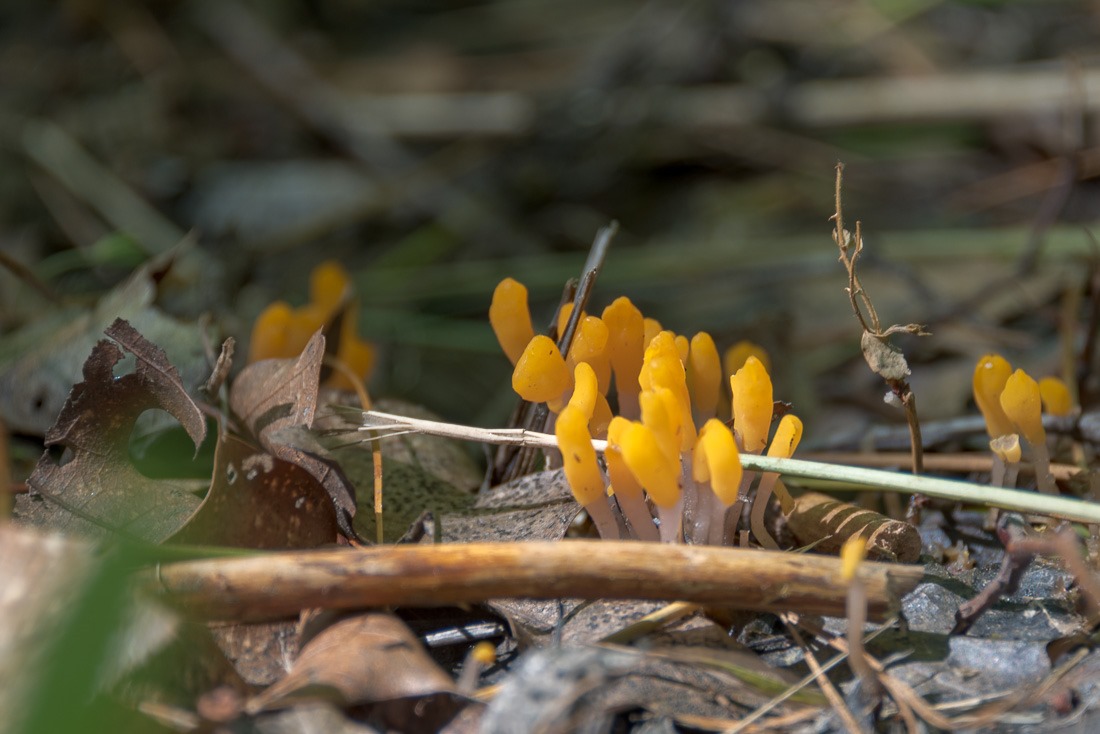 Many also don’t notice the small beacons that come up at the beginning of the summer (or is it end-of-spring? Things get mixed up here). Swamp Beacon only lasts for a few days in the year. Hard to miss, but hard to shoot as well. These are a few millimetres high and grow in the middle of swampy water. Guess who got wet feet that day? 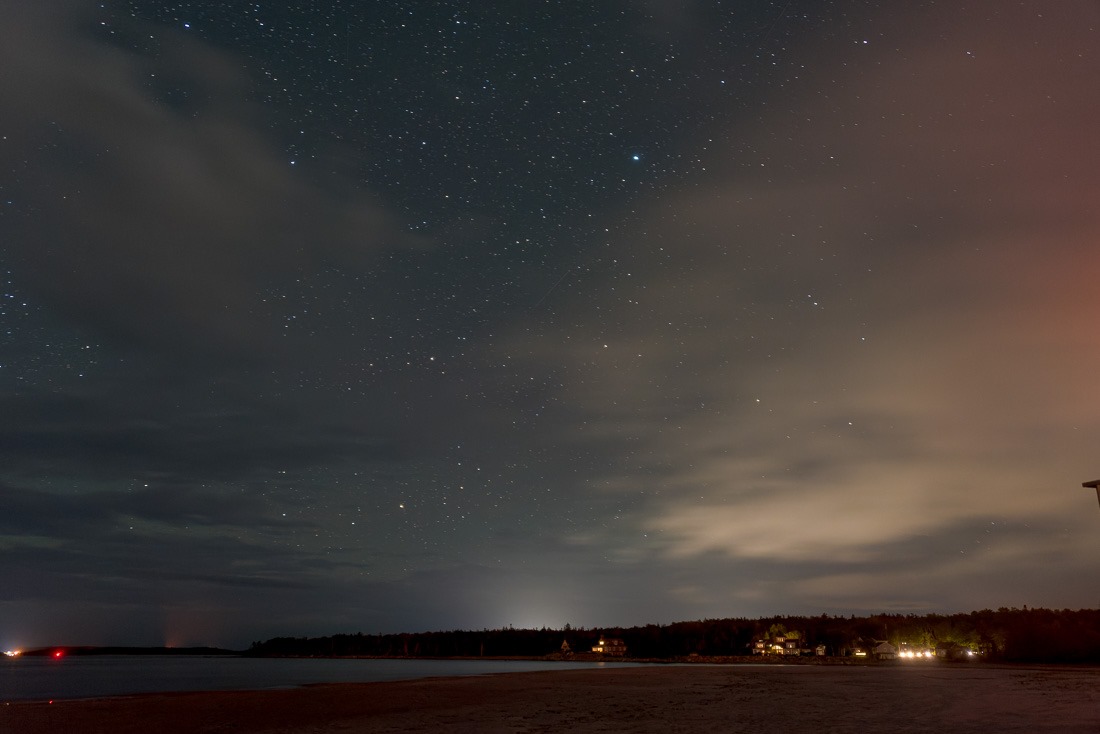 A night on the beach

The nights in the last year were, well, dark. Taken from the beach with the members of the local Camera Club, airglow can be seen left of the center of the picture. At first, I mistook this for Aurora, but we don’t get those at these latitudes. Yet airglow rests on the same principles as an aurora. 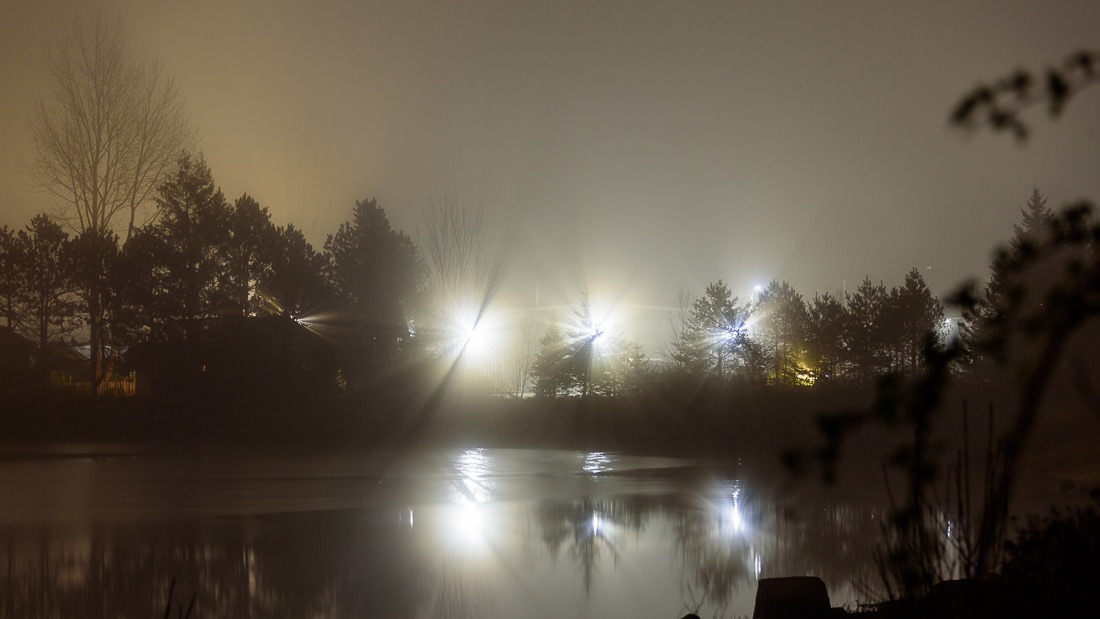 Light play in the mist

Less violent than atoms being blasted into pieces as with an aurora, foggy nights are more common. When you are placed at the exact right spot, like in my backyard, bright lights and trees can give strange light effects at night.

Nova Scotia is definitely a place where there is much to photograph. Now if only those renos would allow me some time off. More about them in the next post, hopefully not a month away like this one.