It’s not often that you find wildlife at the beach. Of course there is always some wildlife, but that is usually draped in towels (or not, depending on the beach). 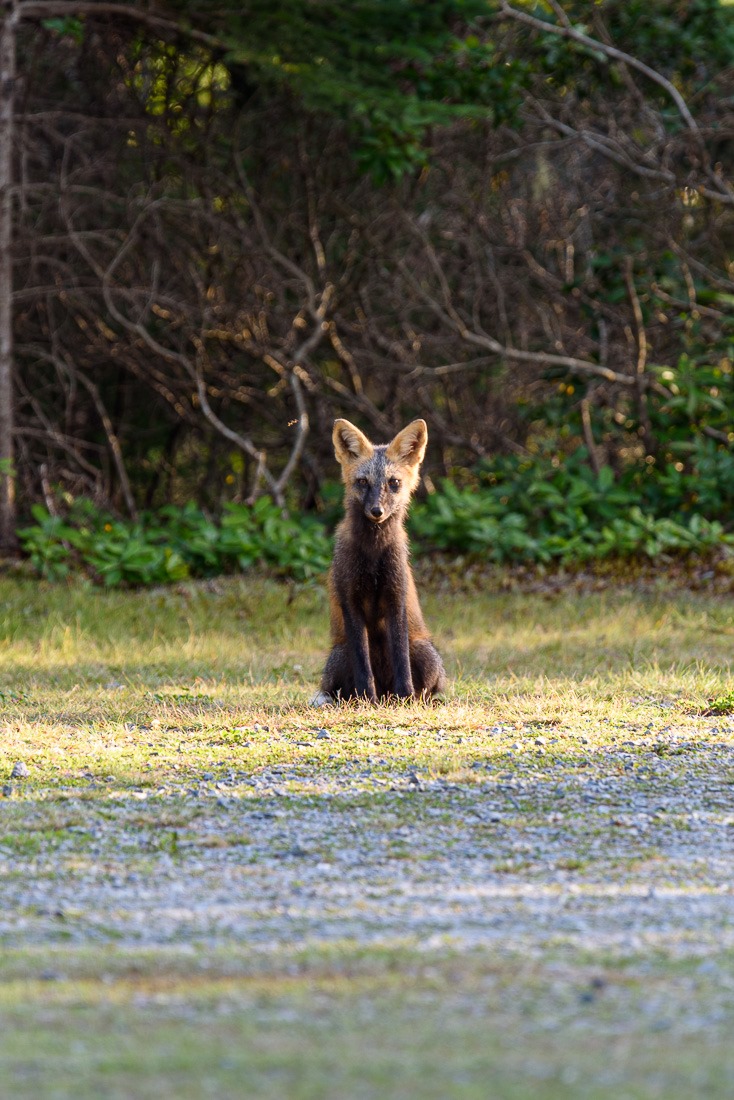 No, this wildlife is really wild and, well, still alive.

Red Foxes (Vulpes Vulpes) are pretty common in every country of the northern hemisphere. They are usually together in pairs or small groups consisting of families, such as a mated pair and their young, or a male with several females having kinship ties. The young of the mated pair remain with their parents to assist in caring for new kits. 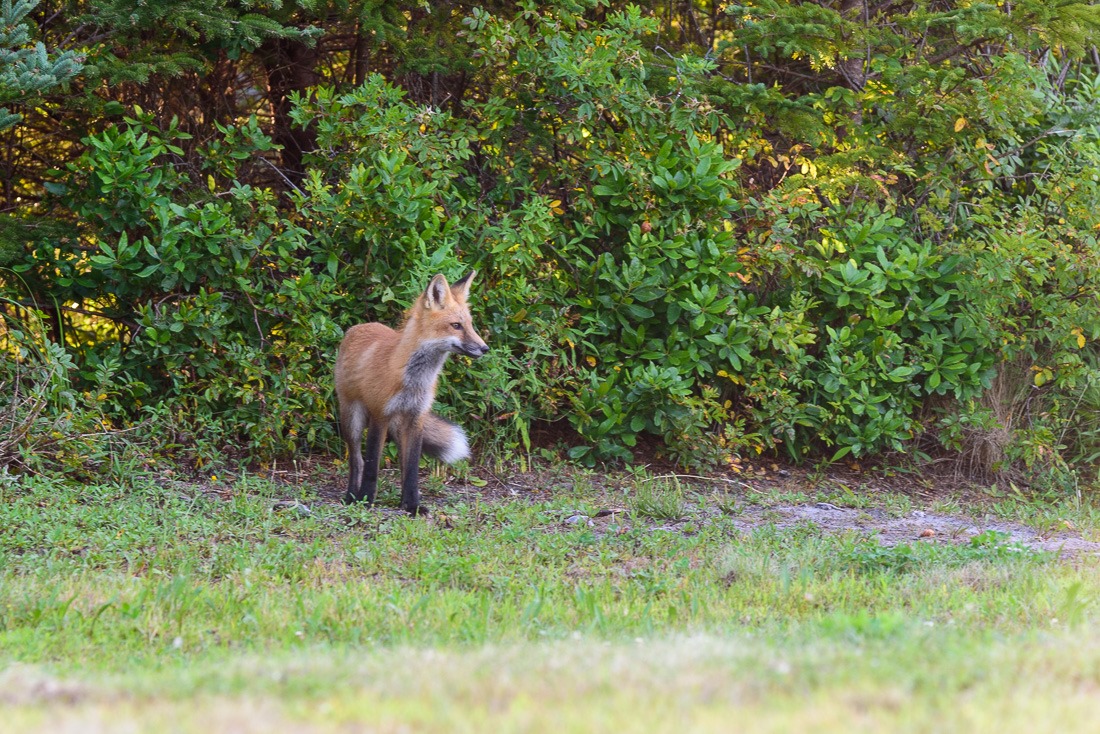 Something edible out there?

They primarily feeds on small rodents, though it may also target rabbits, squirrels, game birds, reptiles etc. Fruit and vegetable matter is also eaten sometimes. Although the red fox tends to kill smaller predators, including other fox species, it is vulnerable to attack from larger predators, such as wolves, coyotes and some more animals. 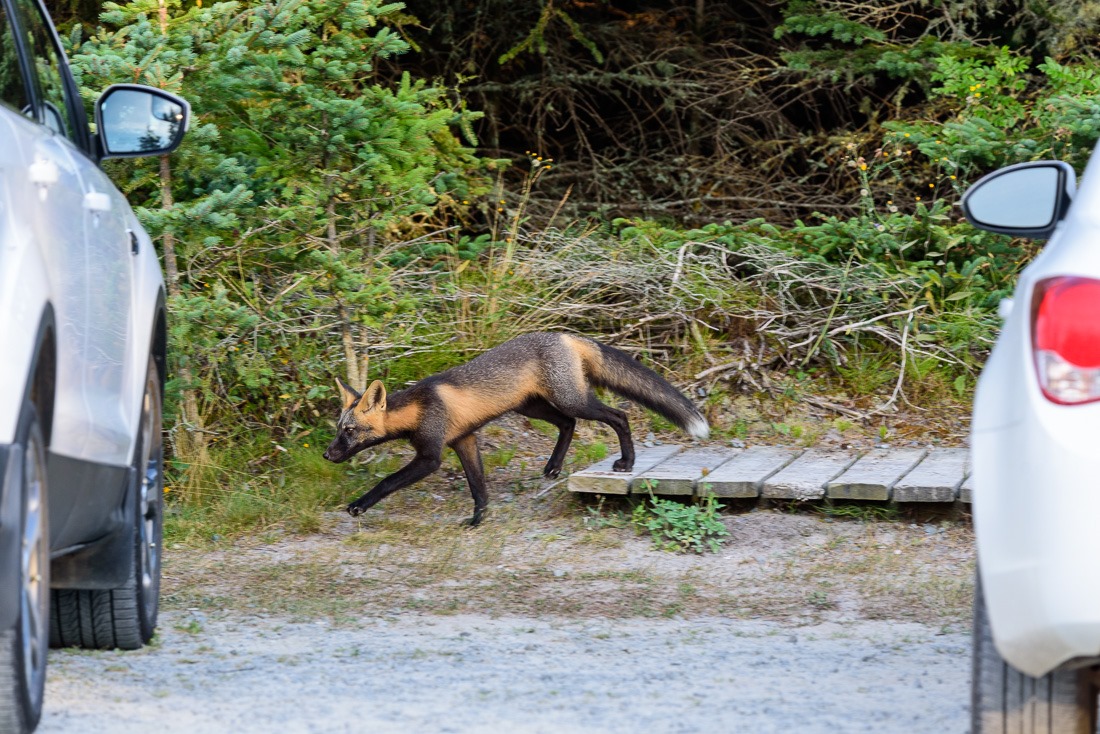 Luckily for these guys here, those other mammals don’t come here and their life is fairly uneventful. Apart from the pesky humans, that is. When they come in sight of humans, they stop in their tracks, whip out cameras and gasp in awe that they are allowed to see wildlife. I just take out my camera and wait for them to show up… 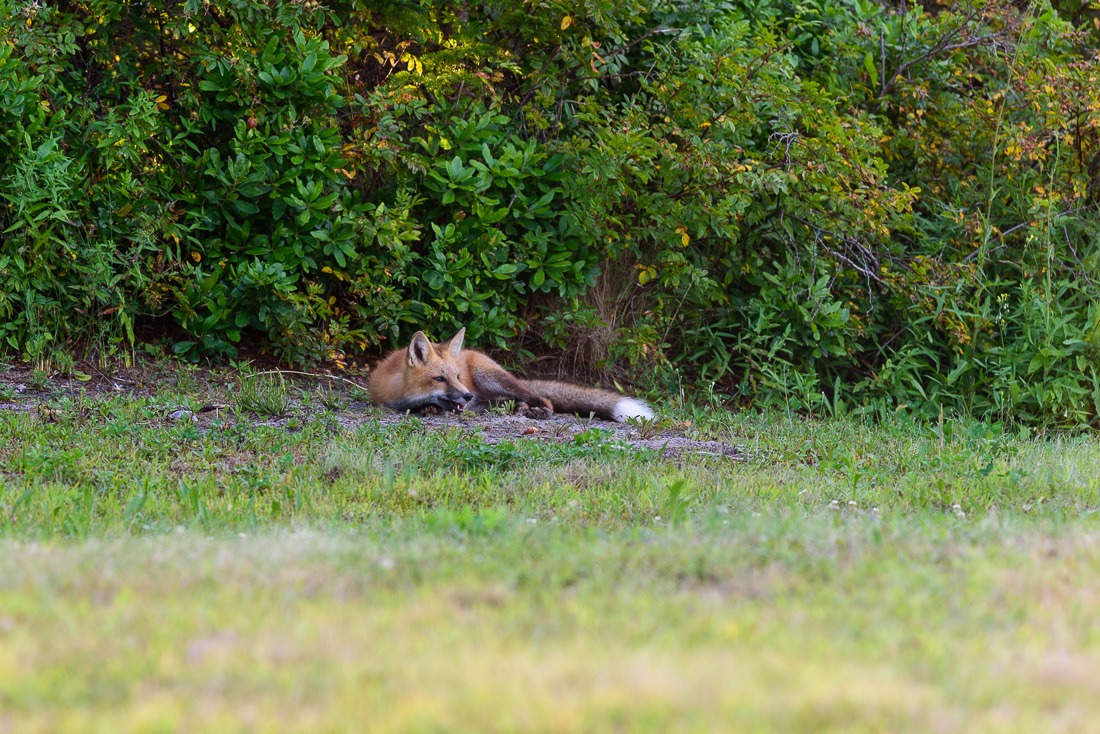 The humans that tend to feed them scraps of anything are the worst. They will be the ones responsible for the dead foxes in a few weeks. When humans feed foxes, they tend to make, well, more foxes as food is abundant. Then the humans stop feeding them as there are too many and they will have taken root closer to humans. 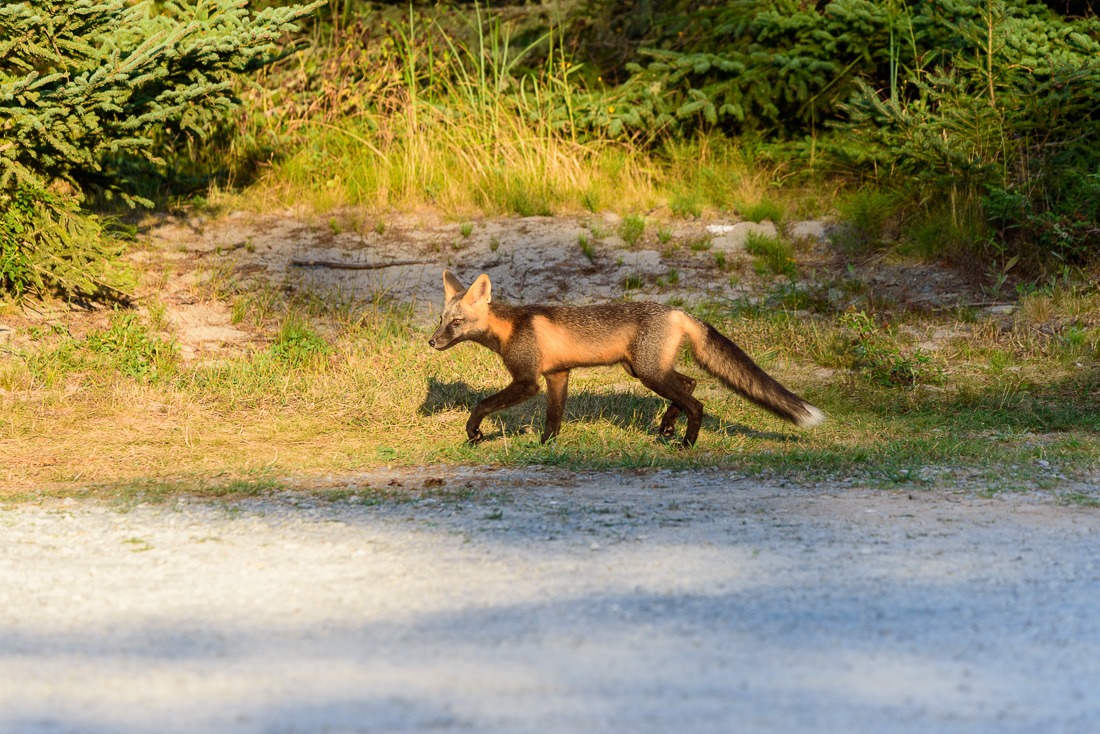 Out for some food

The humans fear for their cats and dogs and call them a nuisance by now. The foxes will now be living in an area that can no longer support them naturally and will fall ill. Foxes can catch all kinds of illnesses and most of them are fatal. When food is scarce, infections are more common. It’s Nature’s way of controlling the population. 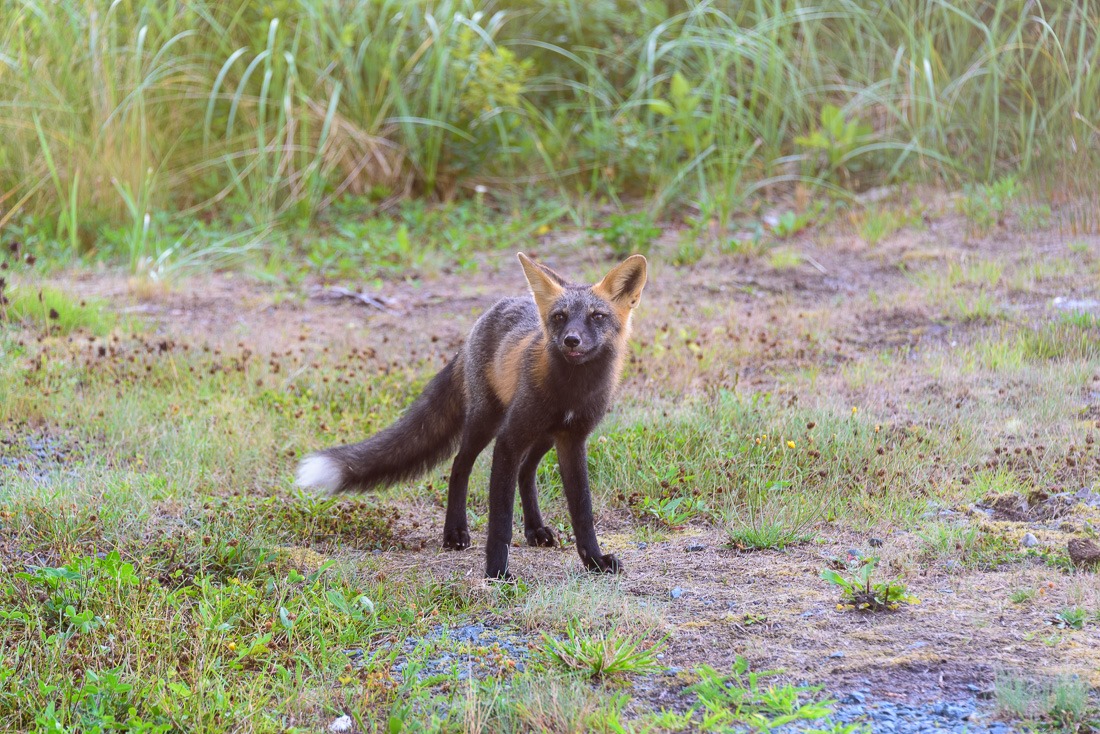 So when humans crank up the fox production by feeding temporarily, they create the upcoming disasters as well. None of which foxes would have wanted or could anticipate. 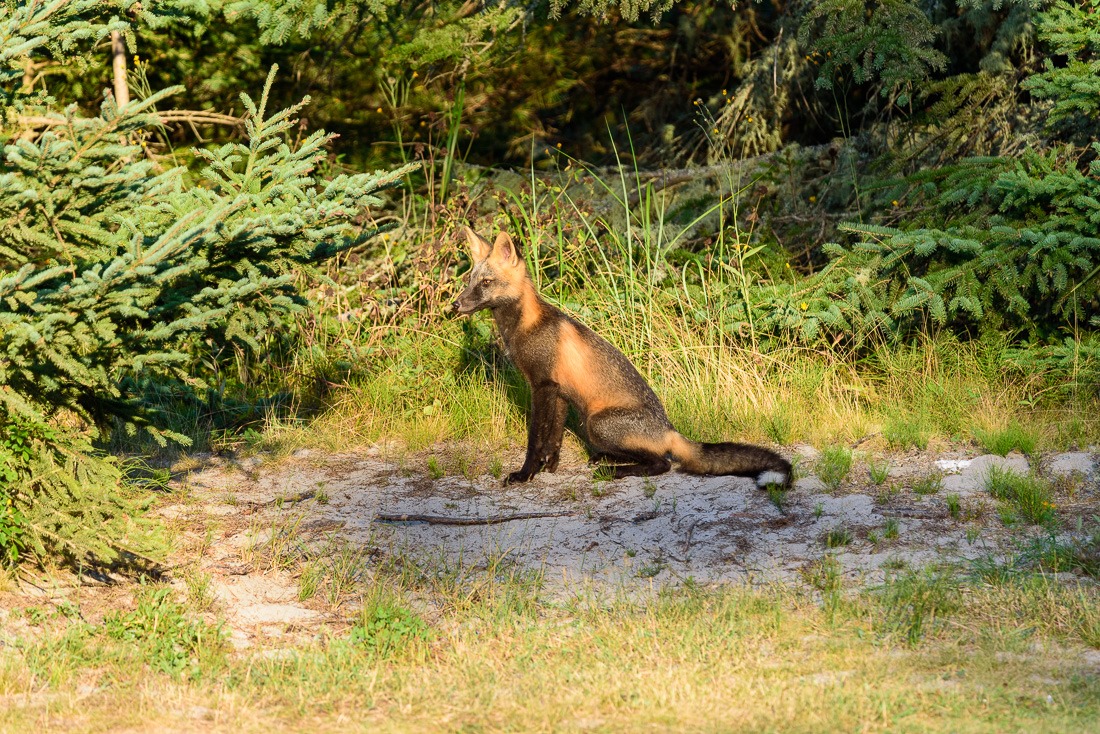 Removing fox families from one area and relocating them is also not an option. If one family leaves an area, another will very quickly take its place. So that doesn’t solve the problem at all. 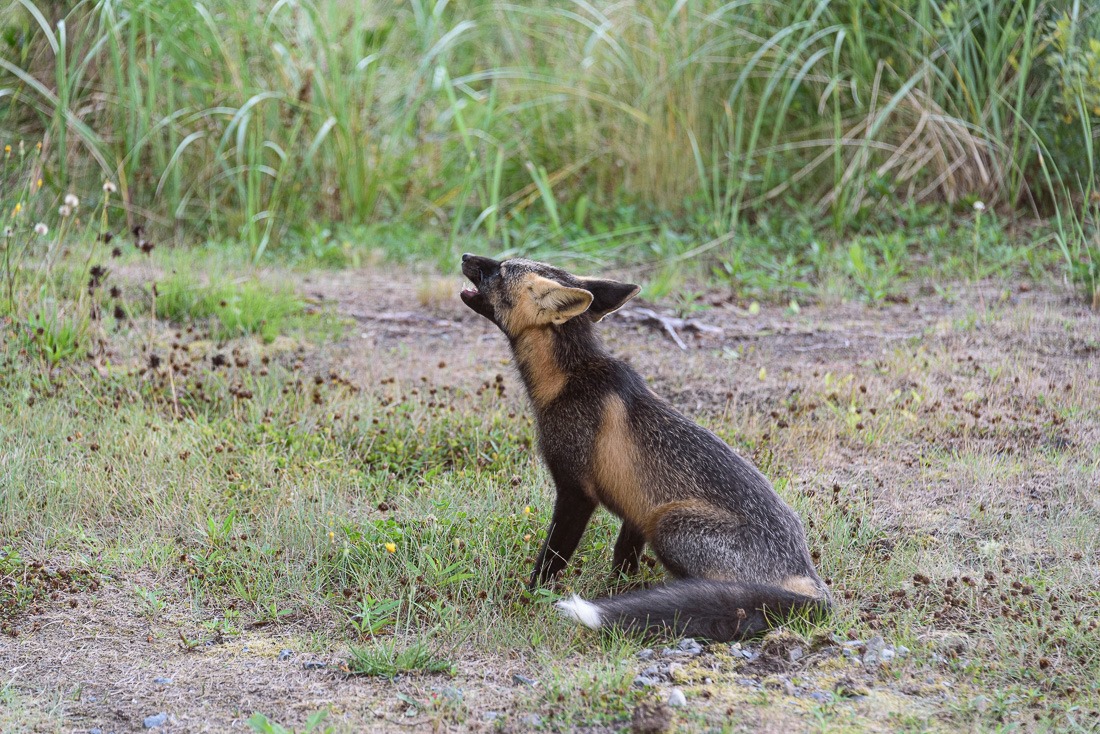 I wanna be a wolf!

Urban red foxes frequently encounter cats and may feed alongside them. In physical confrontations, the cats usually have the upper hand, well, at least mine would… Authenticated cases of red foxes killing cats usually involve kittens. Although most red foxes do not prey on cats, some may do so and may treat them more as competitors rather than food.

The foxes portrayed here are used to humans, are healthy and are fairly easy to photograph. Unfortunately, some humans do feed them, despite the warning signs posted.

Shame on you! You know who you are!!

These guys live near the beach. People come here for beach and are friendly to the foxes as well. All good, right? Let’s keep it that way and keep our food to ourselves.