At first, it looks like so many other houses in Nova Scotia. I must have driven past it a few times without even noticing it. After all, many houses here are wooden and may or may not be fairly old. 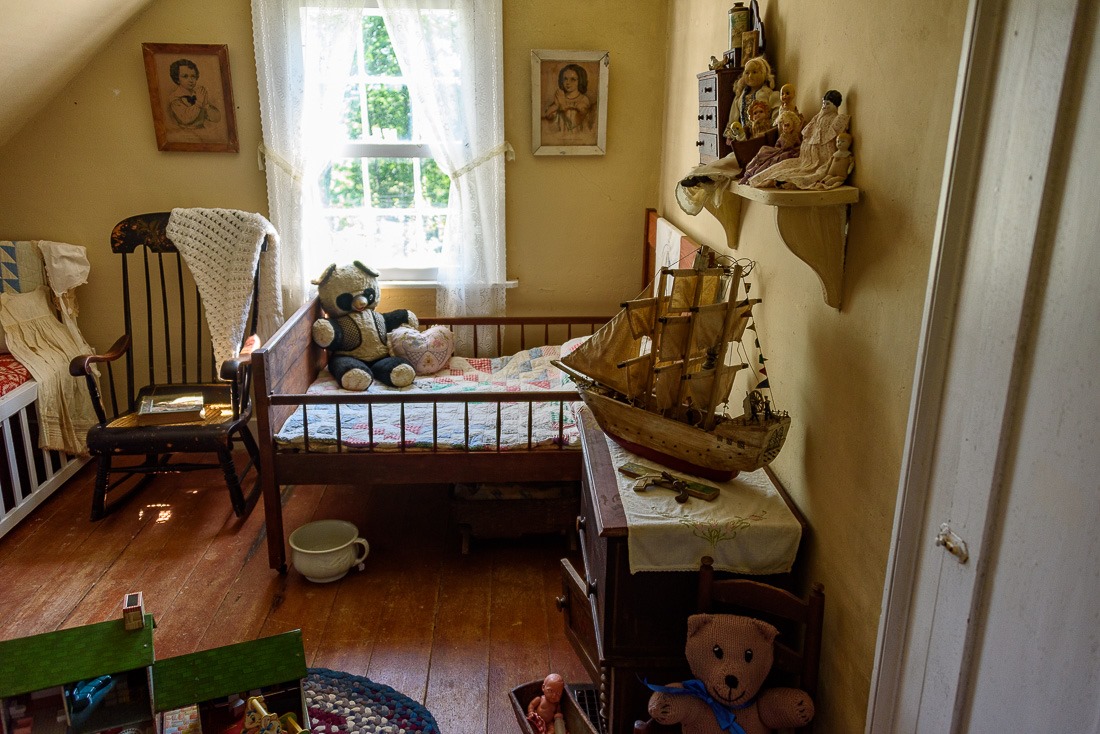 I live in a house that is 120 years old by now. But this is the North Queens Heritage House and it hides much more than simple household items.

This house was built in 1854, so it’s slightly older than my own house. It has been maintained in its original state and decked out with a lot of museum pieces of the era. When I visited, it was clear that air conditioning did not exist in 1854, so it was kind of “warm” inside. Not surprising when outside the thermometer reaches +31C. 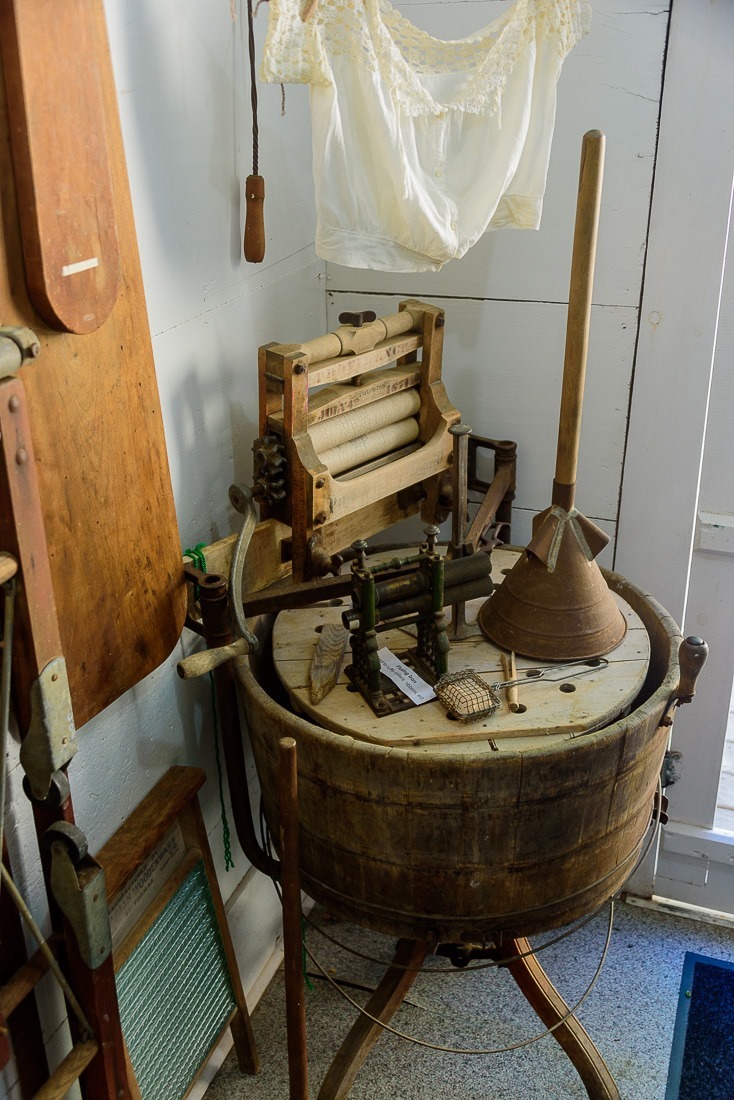 But again, it was not an oven either, so the old structure was well thought-out. When you come in through the service door (not the main entrance, that is reserved for guests), the washing machine is clearly a well-used and welcome piece in the house. 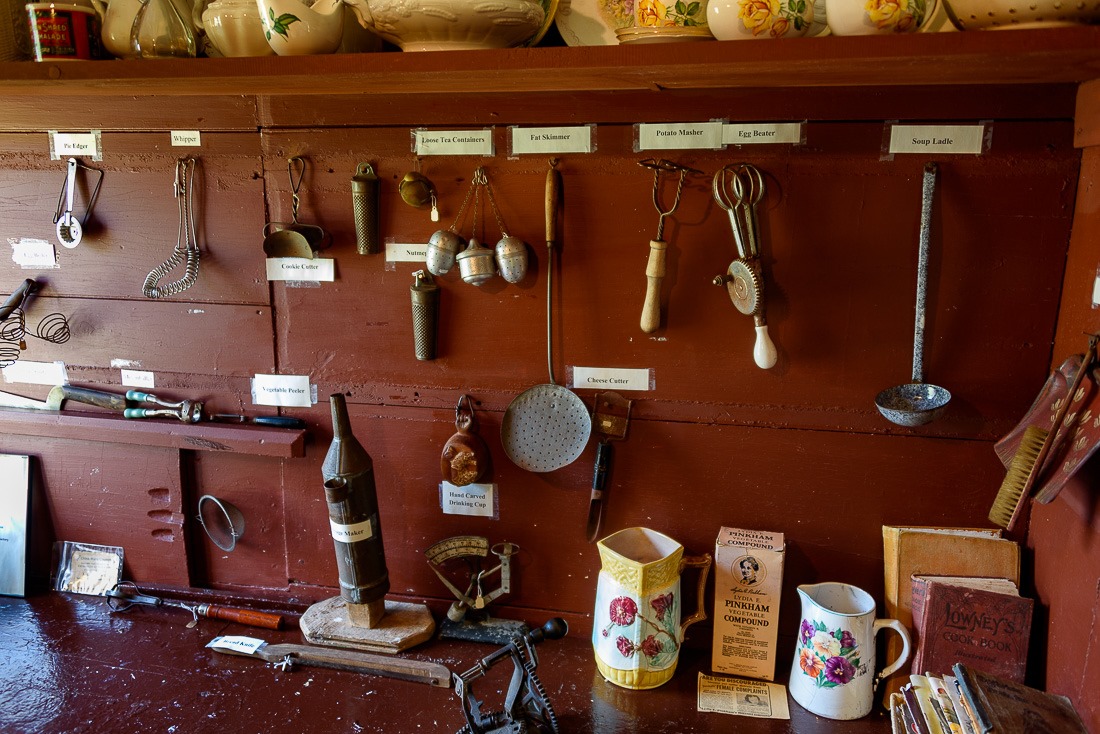 A few steps from there, the pantry that also serves as a pharmacy, just in case. Above is a display of kitchen tools that were frequently used, but not needed in the kitchen. Seen here are hand utensils for mixing and and mashing, as well as a compound for women’s ailments. Not sure what I would think of that combination. 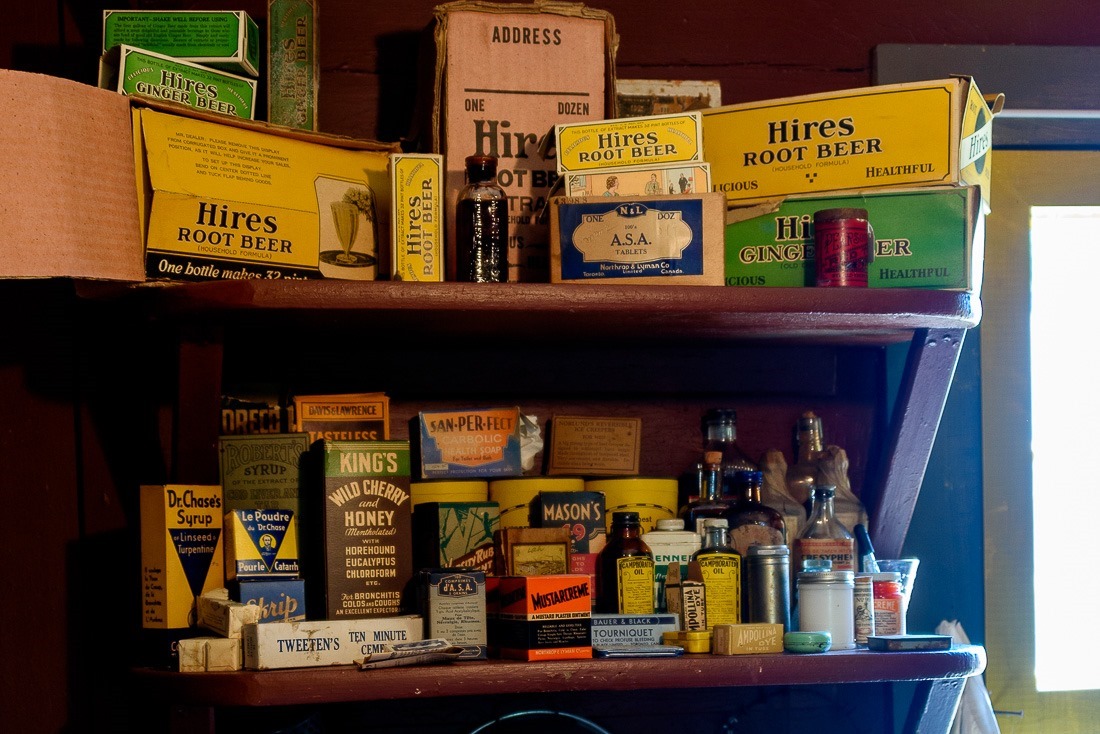 But hey, the rest of the pantry is also stocked with medication. Seen here is camphorous oil, root beer mustard liniment as well as a host of other products. Definitely not something the kids should have access to. 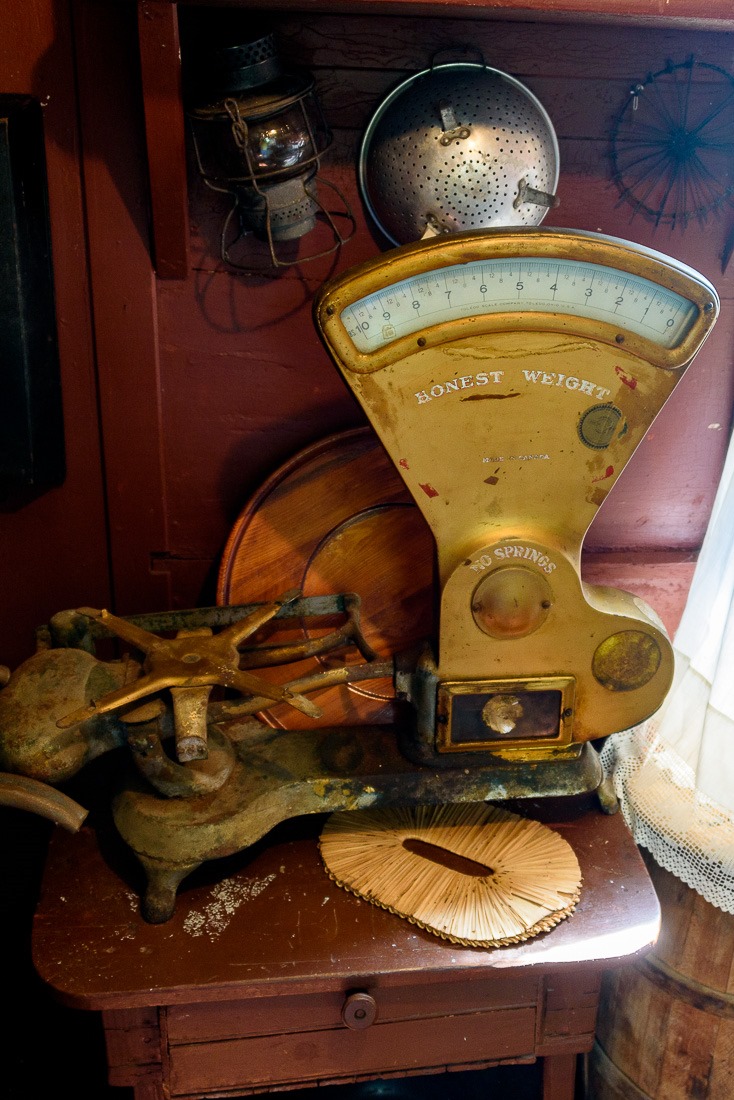 The children of the house were at a number of eight. The house is big enough to have them all sleep “somewhere” although the museum does not have all the available rooms open to visitors. There is enough to see in the rooms that are open though

. The scale here reminds me of the scales used on the open markets in Ukraine even today. 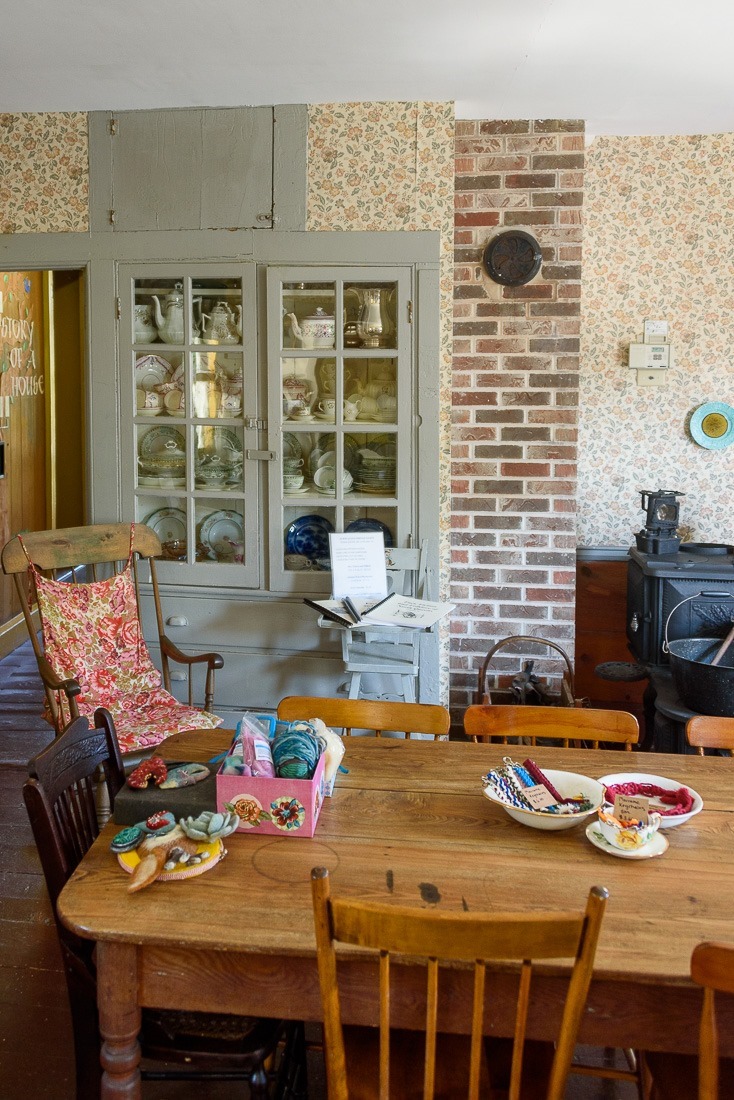 The kitchen is a roomy space, designed for a big family with most around the dinner table. It also holds the furnace/stove/oven and would have been a nice, warm place in winter time. In summer though, the stove was moved to the summer kitchen so that the house could stay relatively cool. 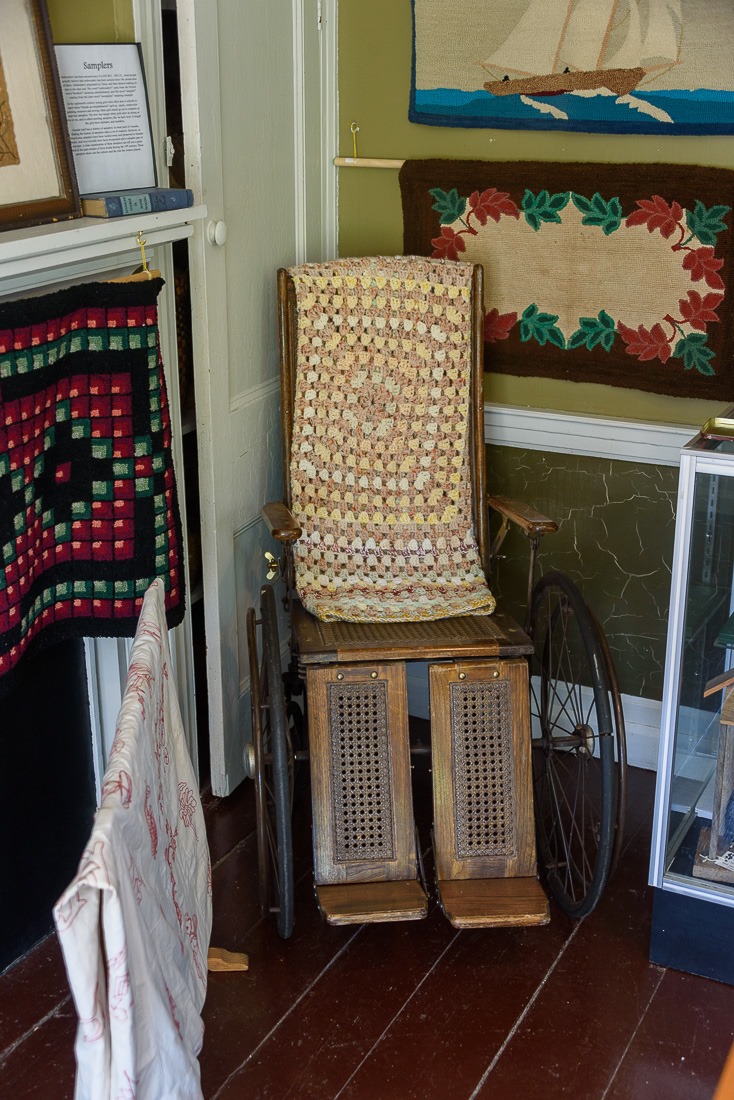 Grandparents (I suppose) were also in the house. Here a stark reminder that their old days were not always easy. While today’s standards for wheelchairs are quite different, it must have been a great relief for those in need of this one to be able to move around somewhat and still have a certain degree of mobility. 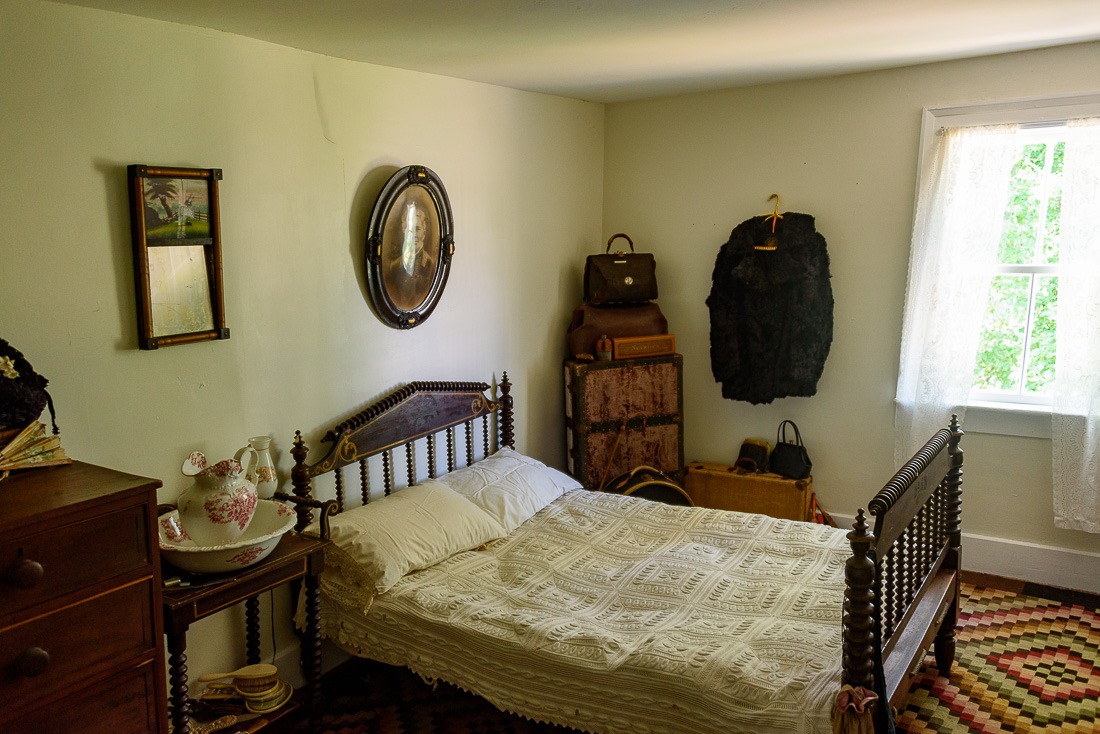 When someone important (enough) was visiting the house for a few days, this was the guest room setup. A clean room with all modern amenities.

All this is found in the North Queens Heritage House.