We’ve been saying it for weeks now. Winter is gone and Spring is here. Then we go back on our tracks and swallow another chunk of winter and cold weather. 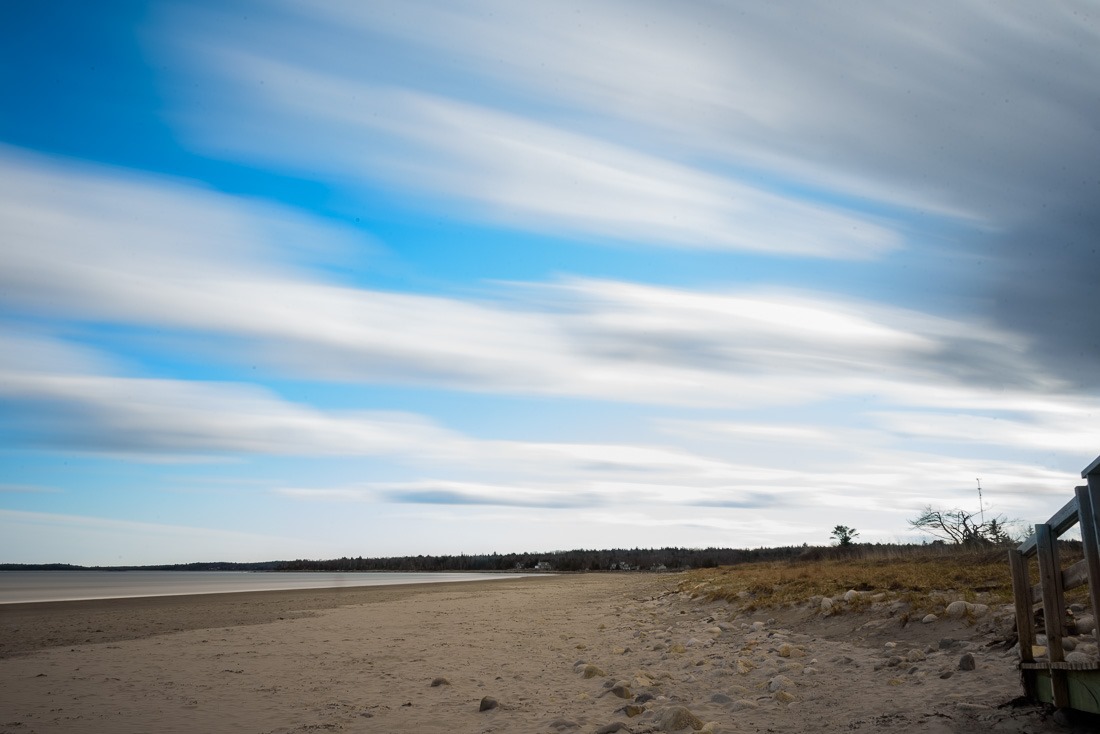 In Manitoba, that usually translates to another Colorado Low with either a ton of snow or a deluge in the making. Flooding in Manitoba is bad, but still under control, from what I hear.

But here in Nova Scotia, things are getting underway for a nice summer season already. Little bits of green colour here and there, nice blue skies and - the best part - clement temperatures.

The Cobequid Bay is still a desolate plain of mud, even more when the rain threatens to come down. Being at the end of the Bay of Fundy, the tides here are spectacular. Yet waiting for them in the drizzle was not in my plans that day. 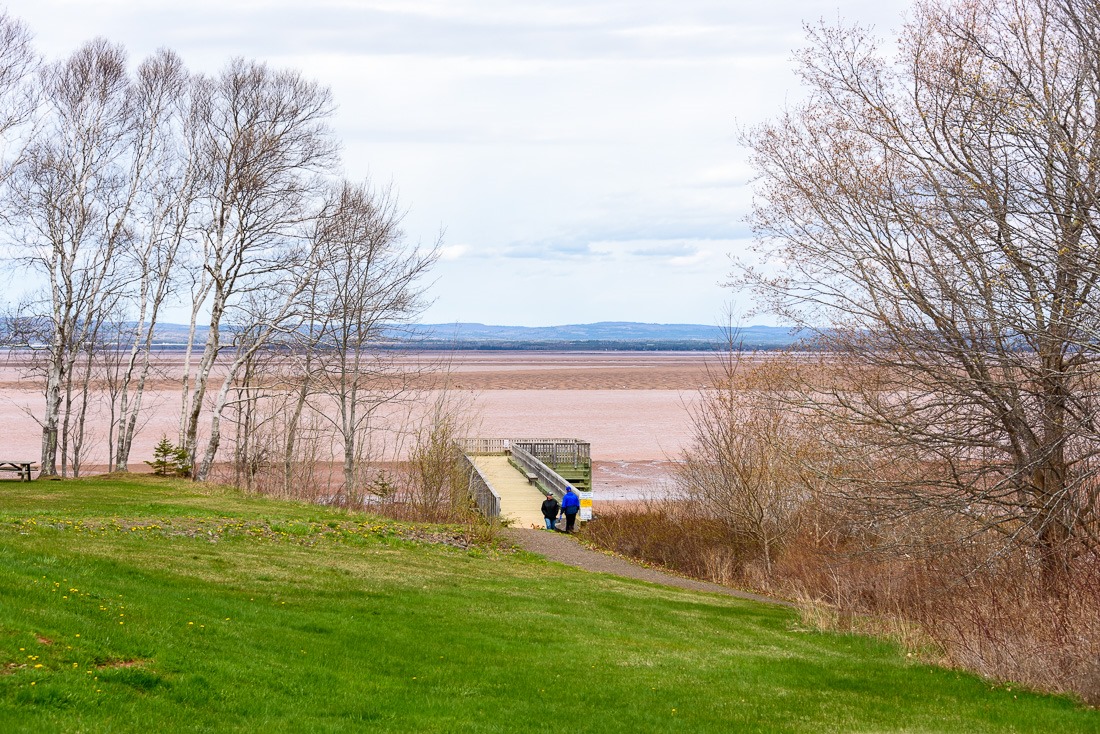 Despite the nice little parks, the great views, that day we had other plans in mind. We were still looking for a house and that took precedence over everything else. Freshly out of self-isolation, we were anxious to find ourselves a decent home. The apartment where we lived was way too damp to even consider staying a week longer than necessary. 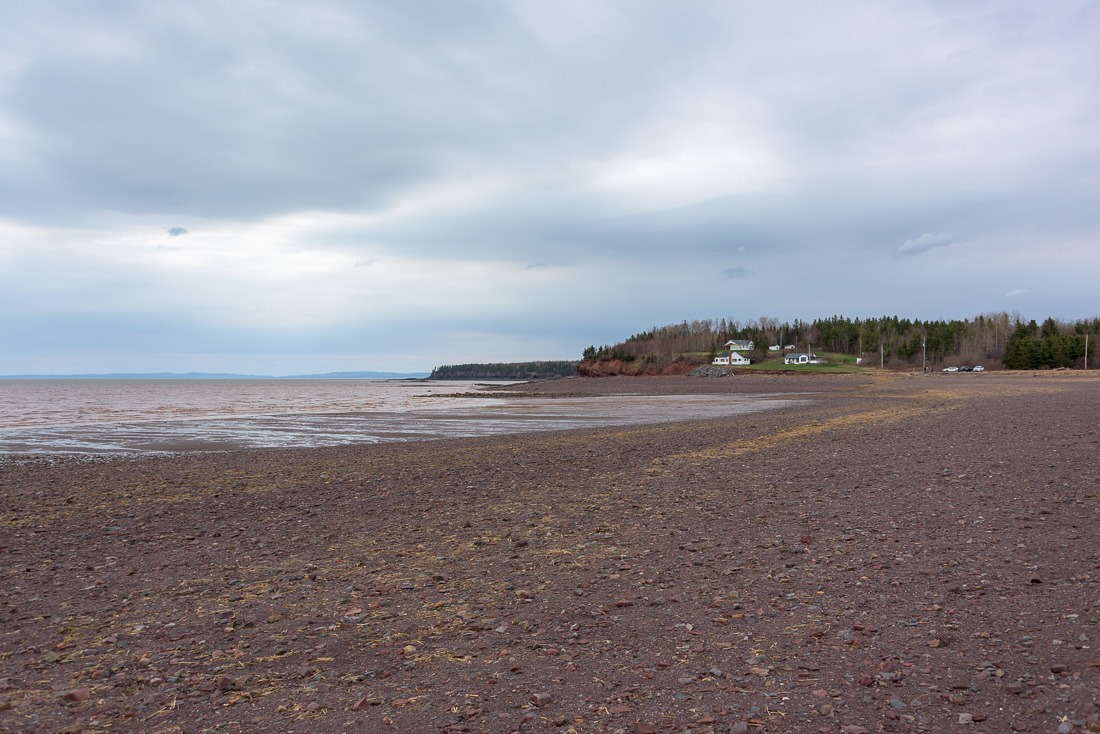 So for lunch time, we ended up on a beach. With a little different framing, this could have been a scene from Mars, no colouring or colour-grading of the picture required. The high content of iron in the minerals on this side of Nova Scotia colours everything red-brown. Yet unmistakably we found that spring was already in the making, even if it was still pretty cold on that trip. 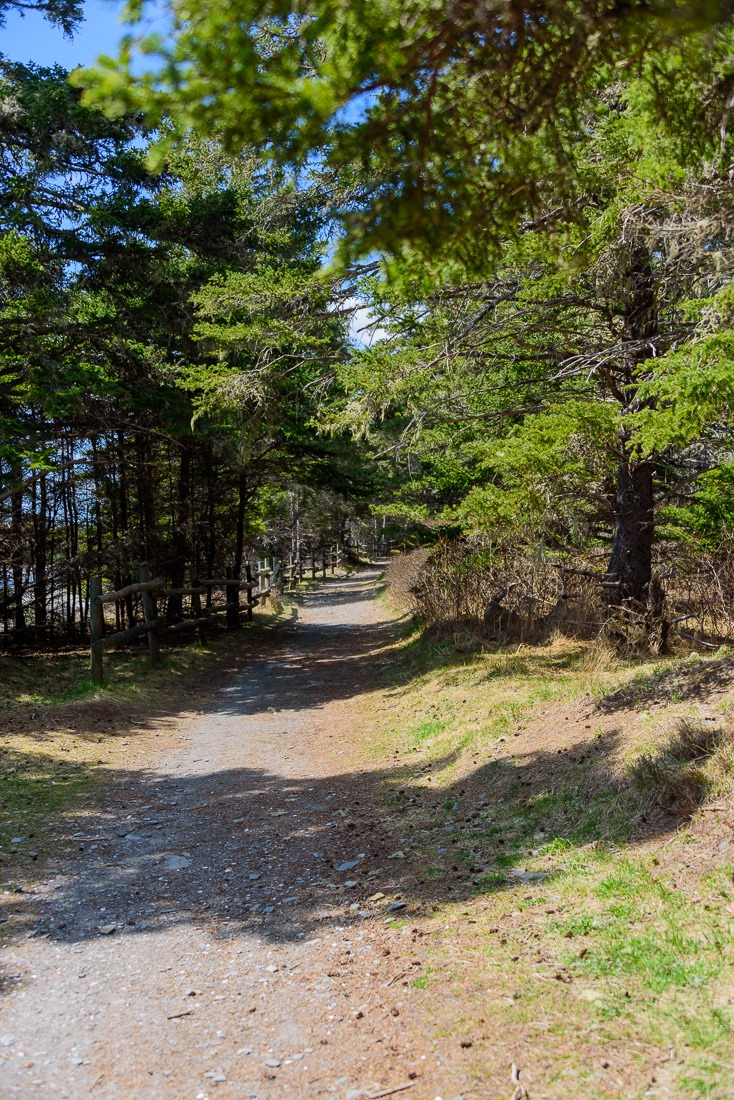 Fast forward to 2022 and we have our house. Renovations are in full swing. By the looks of that, they will continue to swing for a while. Surprises are rarely good in 120 year-old homes. One thing is sure: the house has stood up to the weather for 120 years already, it’s not coming down anytime soon. Yet the amenities need upgrades. All. Of. Them… 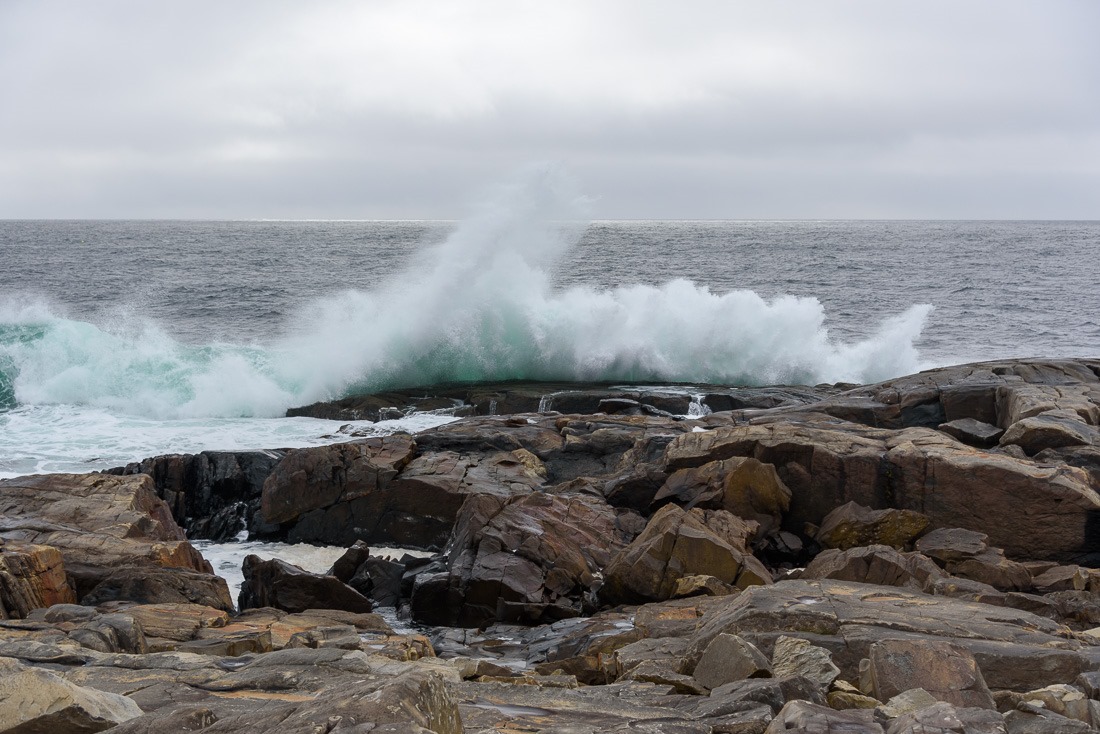 It’s all part of spring preparations, right? While the house takes up a lot of my time, pictures and sounds are also coming in on a fairly regular basis. No more long trips right now, gas prices and other factors prohibit that. So, short trips to the beaches close by are on the menu. The lead picture of this post was taken in bright daylight. A few photographic tricks (no photoshop) took care of the clouds. Sometimes my mood about these upgrades are like the above picture… 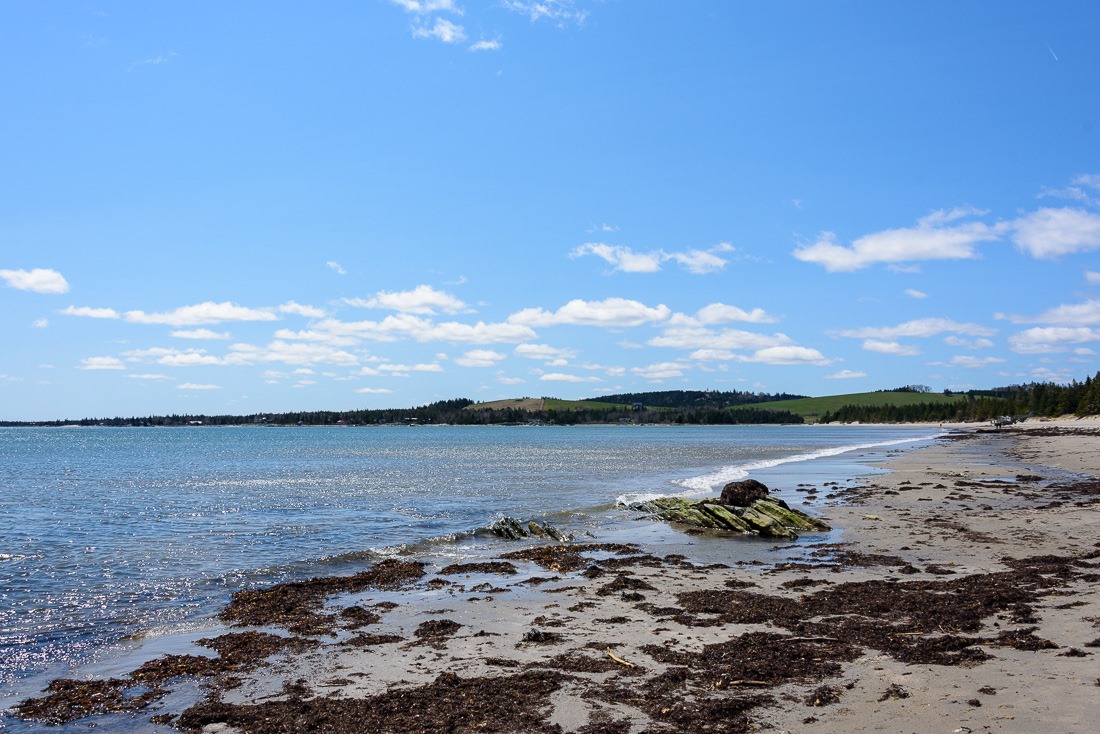 The other beaches need some spring cleanup as well, algae and seaweeds are still littering the pristine sand. A few hours of a small tractor and the beach will be ready for the hordes of tourists of summer. 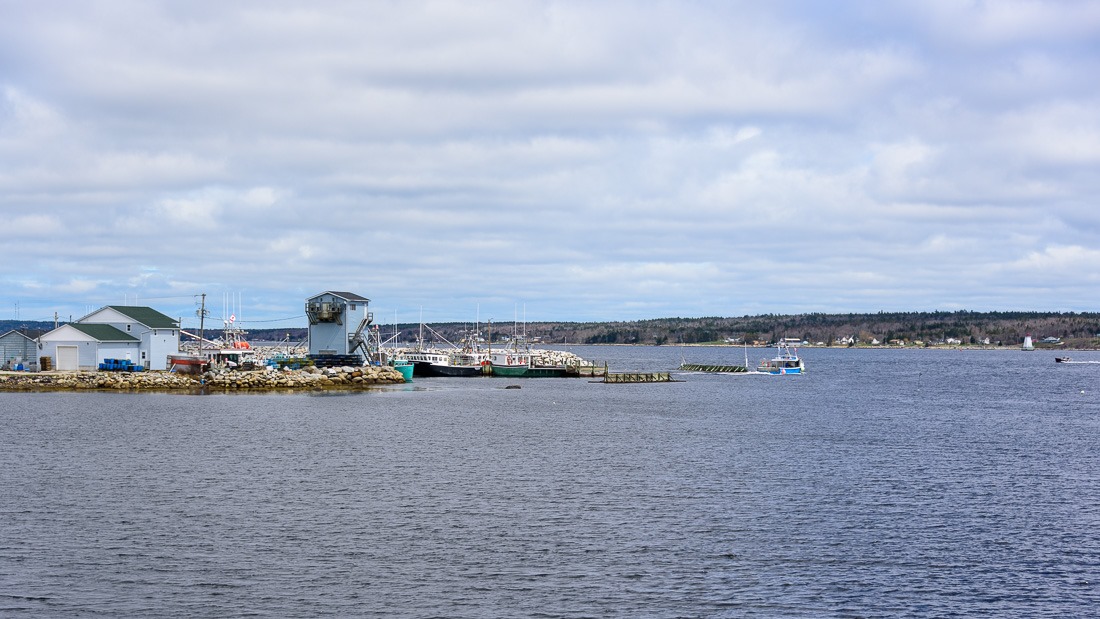 And then, there’s those who don’t need spring preparation. The fishermen are always working, if it’s not for lobster, it’s fish or other sea products. Here in Gunning Cove, everything was ready to go. And by the looks of it, plenty already on their way as well.

Spring preparations or spring cleanup. Everyone is doing their little bit. Either on a small scale as in our house, or on a gigantic scale for the next catch of seafood.

It’s all here, in Nova Scotia. Come here and enjoy the fruits of that labour come summer!