When you want to know a people, you go and check out the market places they have. That’s where you find out if people are friendly and how they treat each other. A market place is where money changes hands, where people are haggling and trying to get the best for themselves. 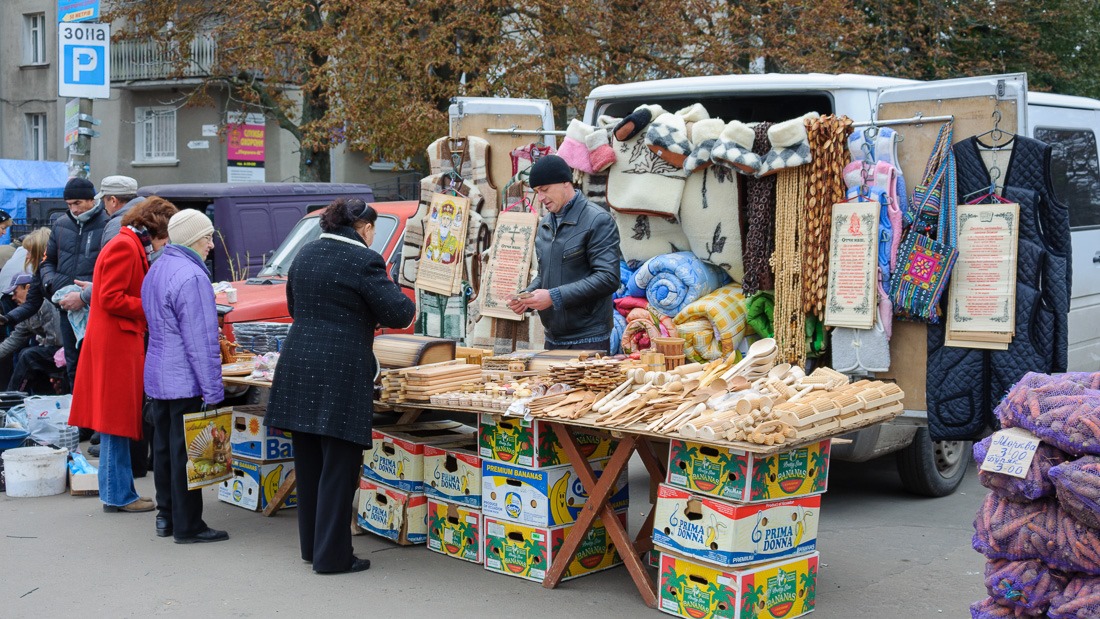 Even if you don’t speak the language, if you see a marketplace where nobody is talking with the sales people, nobody is smiling and everyone is in a hurry to get out of there, you’re either at the end of the business day or the market is not in the better class.

Because the people in Ukraine are generally very friendly. Although lately, that may have changed. Getting bombed and killed is not something one can forgive lightly.  Let alone forget. 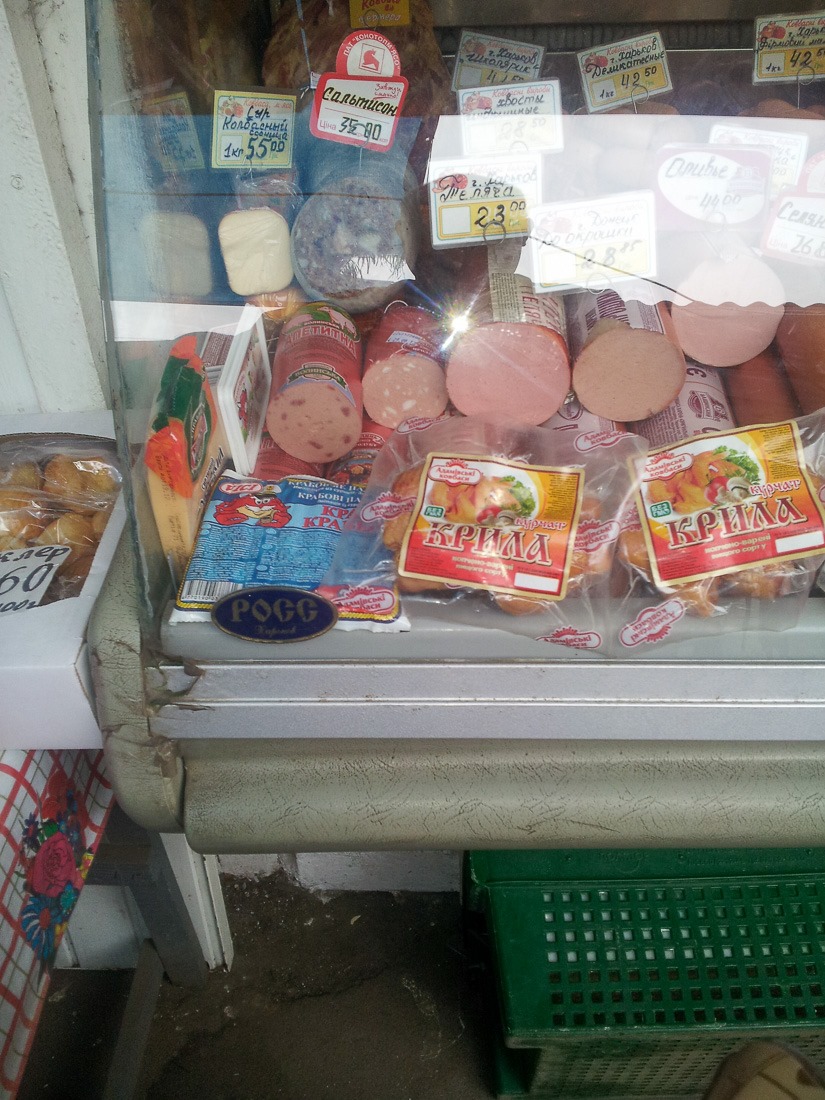 Markets in Ukraine are usually called “bazar” or “ринок” and you can buy anything you need. From hats to socks and shoes, veggies to meat and everything in between. Most of the products are open to see and touch, including the meats. That was something that shocked me the first time I went to one of those markets. 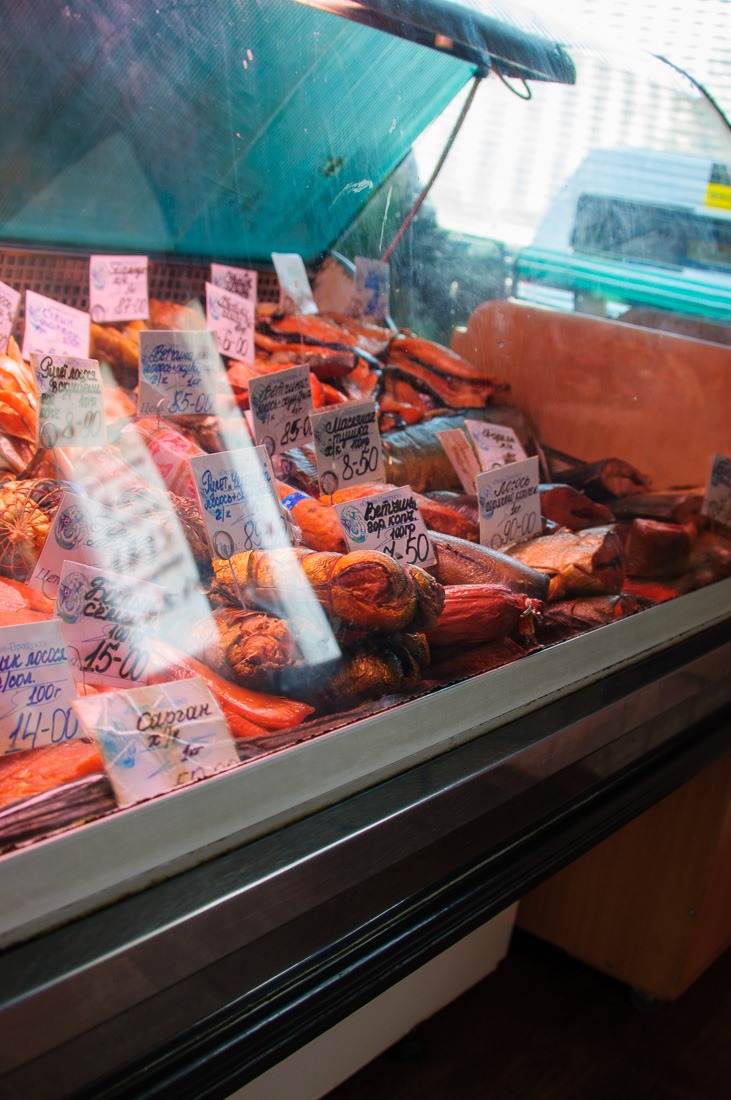 Seeing people touch the meat with their bare hands to see if it was fresh, then pay with cash (no credit cards) and put the meat in their own bags. The salesman/woman taking the money with the same hands as with which she packed the meat in some wrapping paper. No wonder that a steak cooked “rare” or medium-rare does not exist in Ukraine. Most of the meat is cooked in small pieces or strips and used more as a sauce than as a steak or barbecue delicacy. Not long after that (2006-ish), this had already changed to a more sanitary practice. 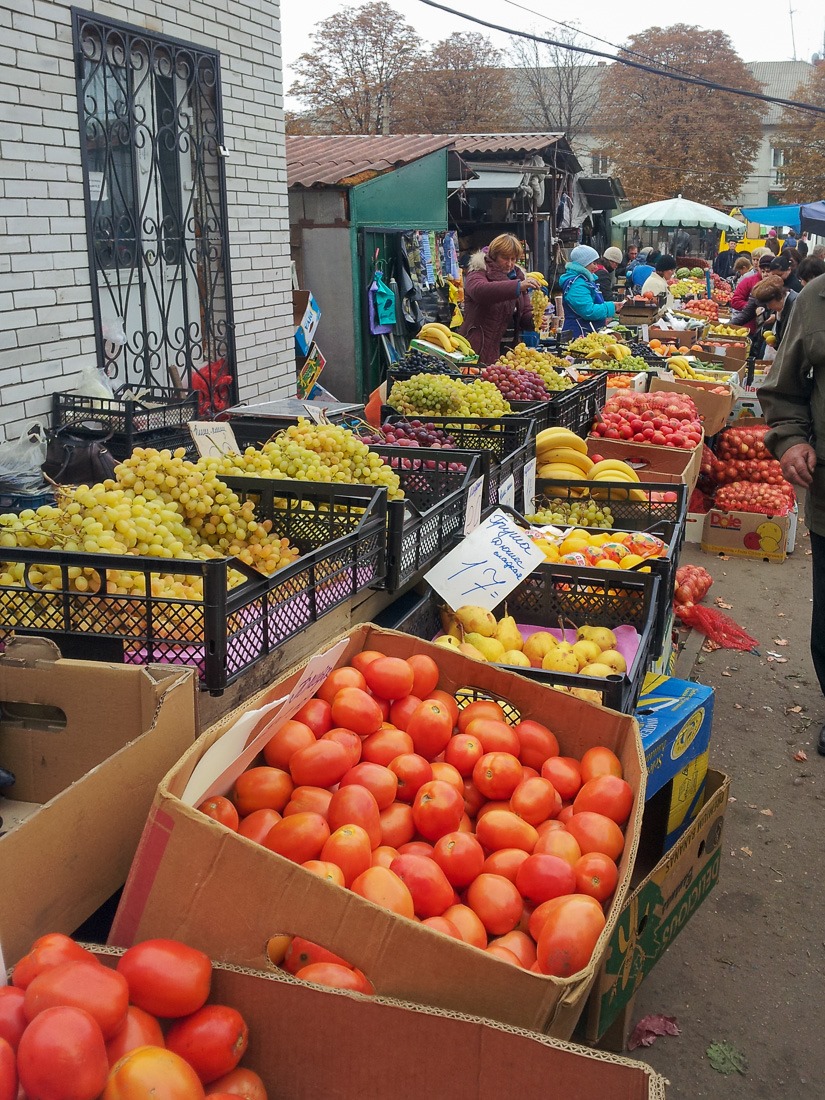 Fruits and veggies are equally free to touch, but if you break, you just bought. And don’t even think of getting away with not paying for what you broke

. Fish is fresh and often fished alive from big tanker trucks. Only the fish is not free to touch. 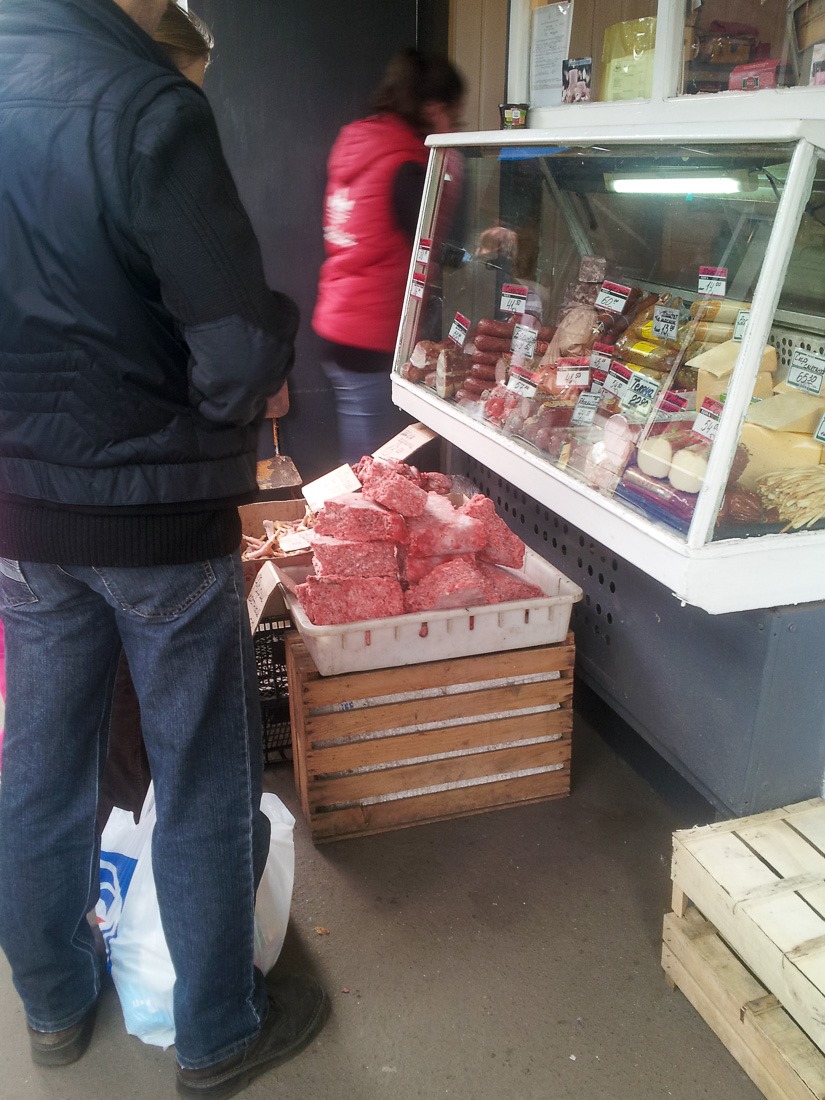 Once you get a pickled herring, you bring it home and clean it yourself. No use paying someone to do this for you, right? So the first time I came home with a whole herring, I also had to learn how to clean it with minimal waste. The ground meat in the above picture is destined for animals and not treated with much respect. Meat products like sausages and the likes are behind glass and in a cooler. The variety is astounding for a country that not long before that had only two kinds of everything and often one of them was never in stock. 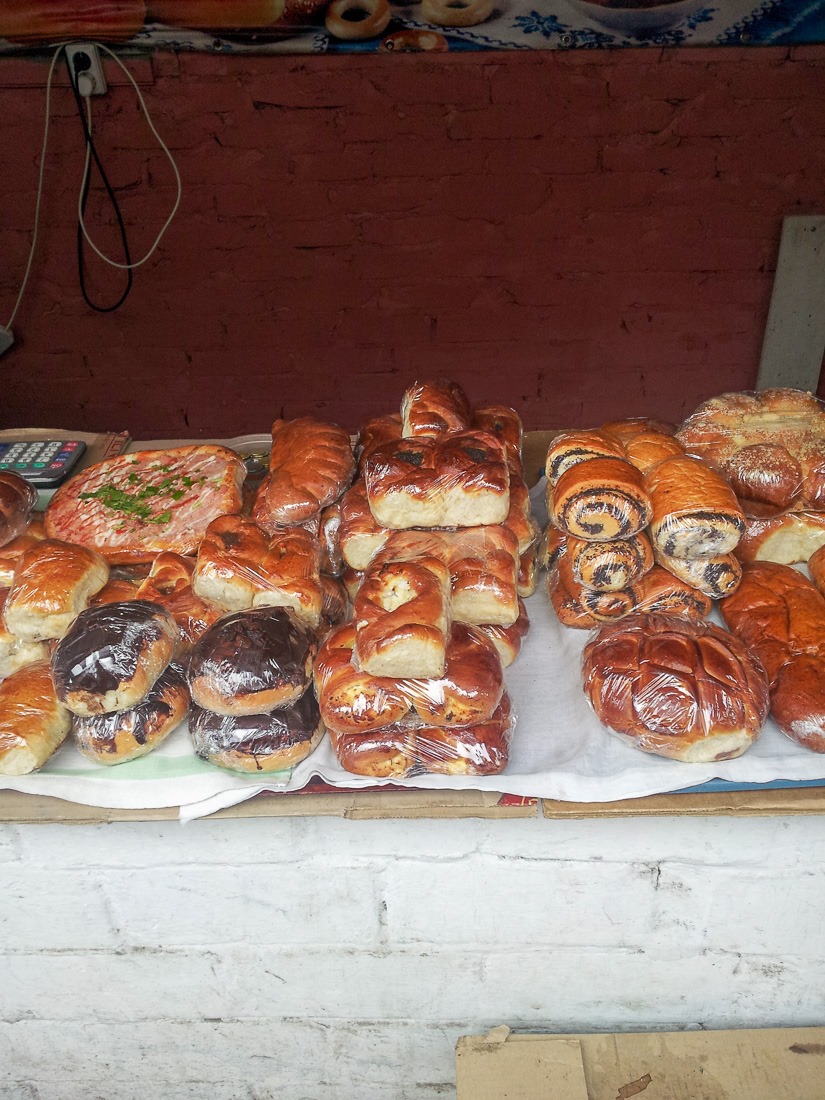 Bread and baked goods are also behind glass. I wouldn’t want to think that anyone in town could have touched my bread before I ate it for breakfast. Unless it is individually wrapped in plastic, that is 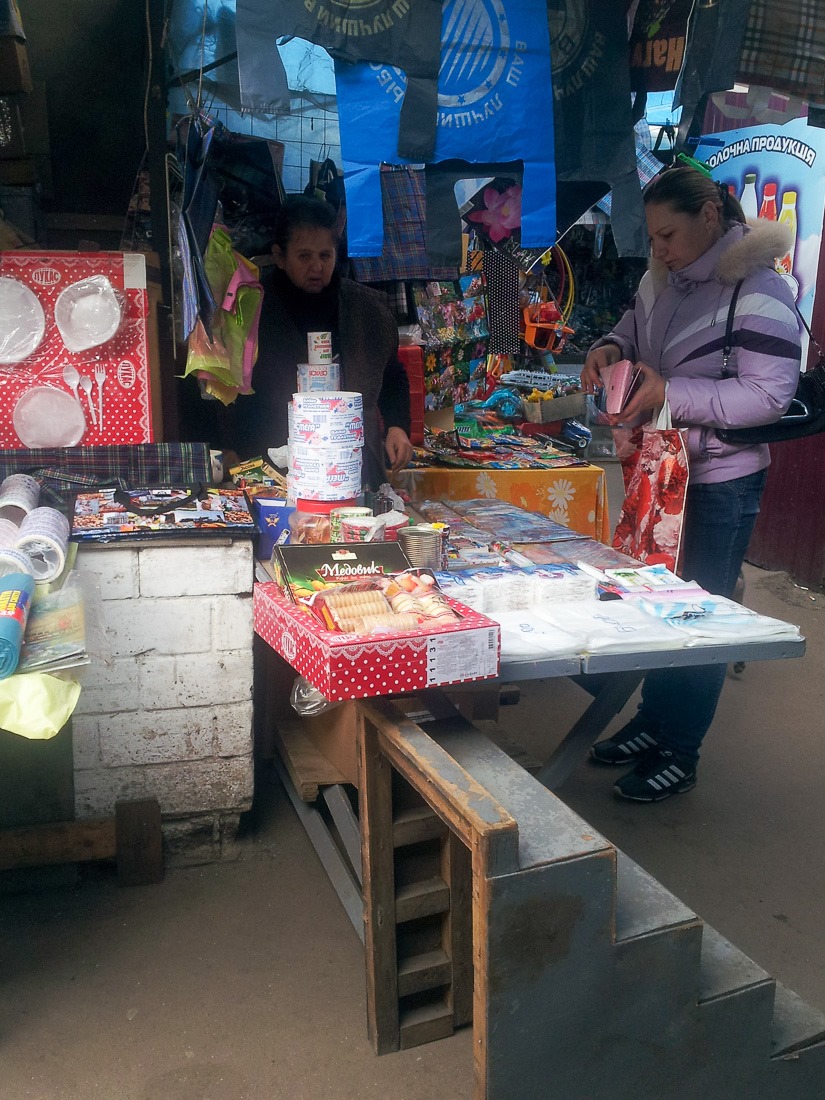 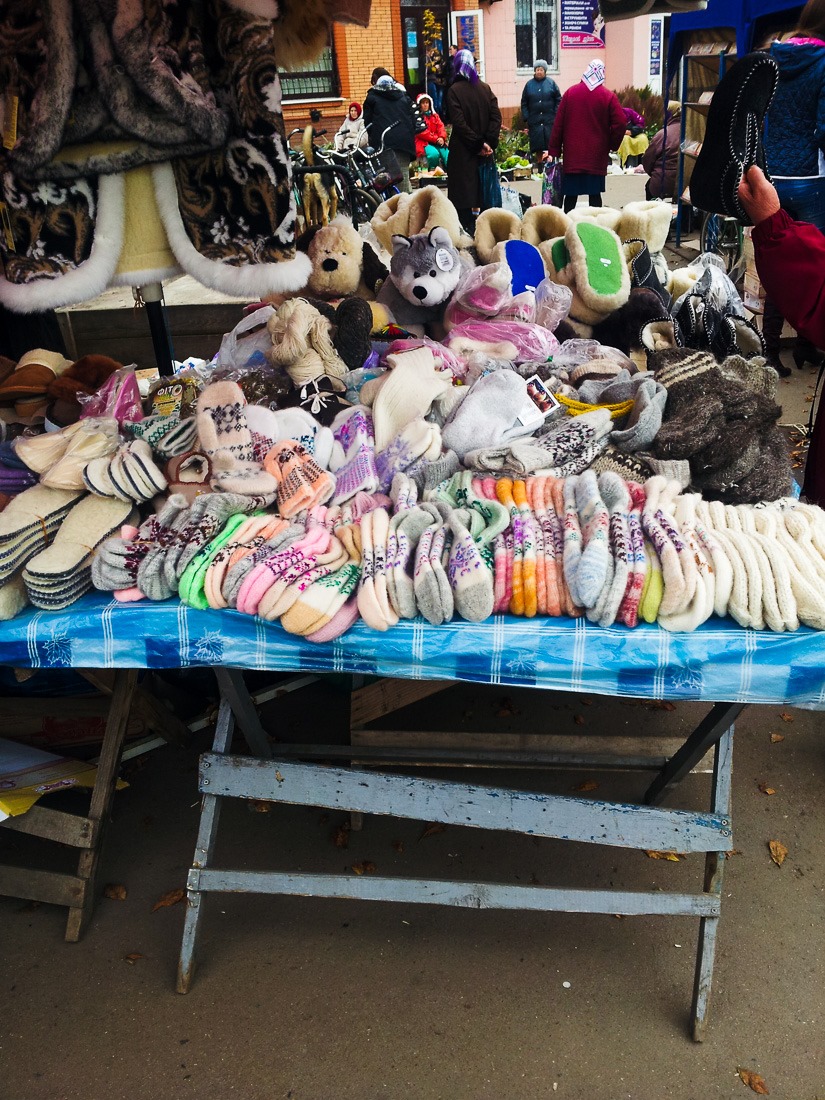 The gear to keep things cool is working, but may be on it’s last breath. The wooden stands used for display are so worn that sometimes I think my grandparents could have used them.

But if you need something, the Ukrainian bazar is the place to go. One place that was bombed in Kyiv was Troeshshina, a place dedicated to clothing and textile. Once the war with Russia is over it won’t be long before the bazar will flourish again. Albeit with visible and invisible scars for life.

Always something to find on a Ukrainian bazar. I can’t wait to go back there in normal times.