Fog. The bane of traffic and the happiness of photographers. But if that fog is a bit too heavy, then there is nothing to capture. Let’s go for the moderate fog instead. 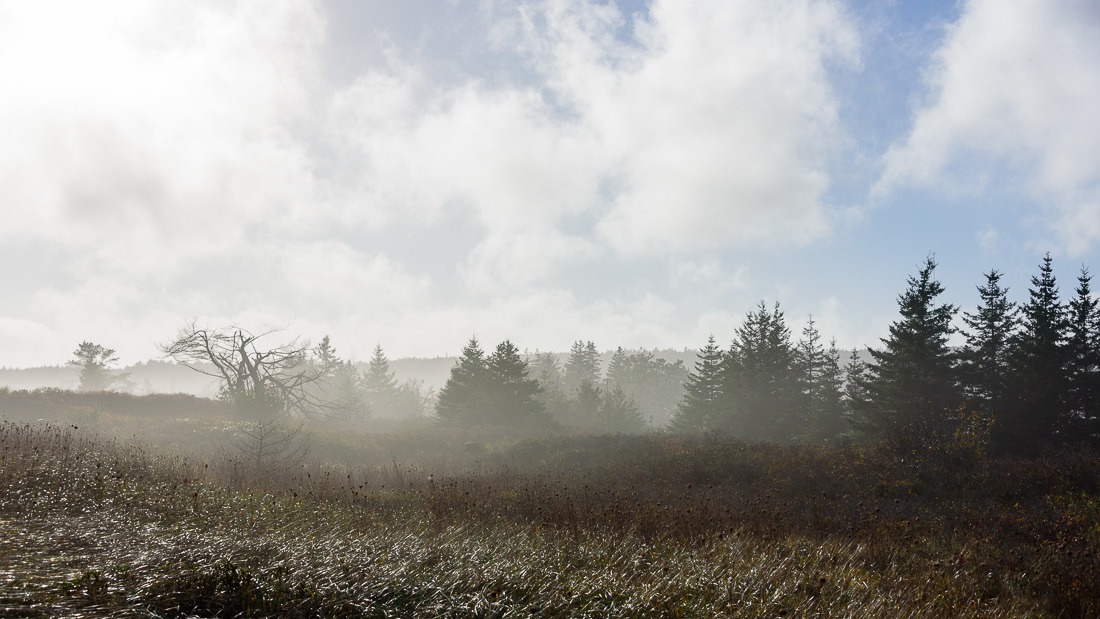 And let’s see if the fog or mist can make use happy after all. The clammy feeling of wet air hanging around you is for some a bit much. Others will relish it.

Even commercials will praise the capacities of fog to convey feelings of happiness and smells. The smell of tea leaves in the morning seems to work better if the air is heavy with moisture. I drink tea in the morning, coffee is a bit harsh on my stomach nowadays. 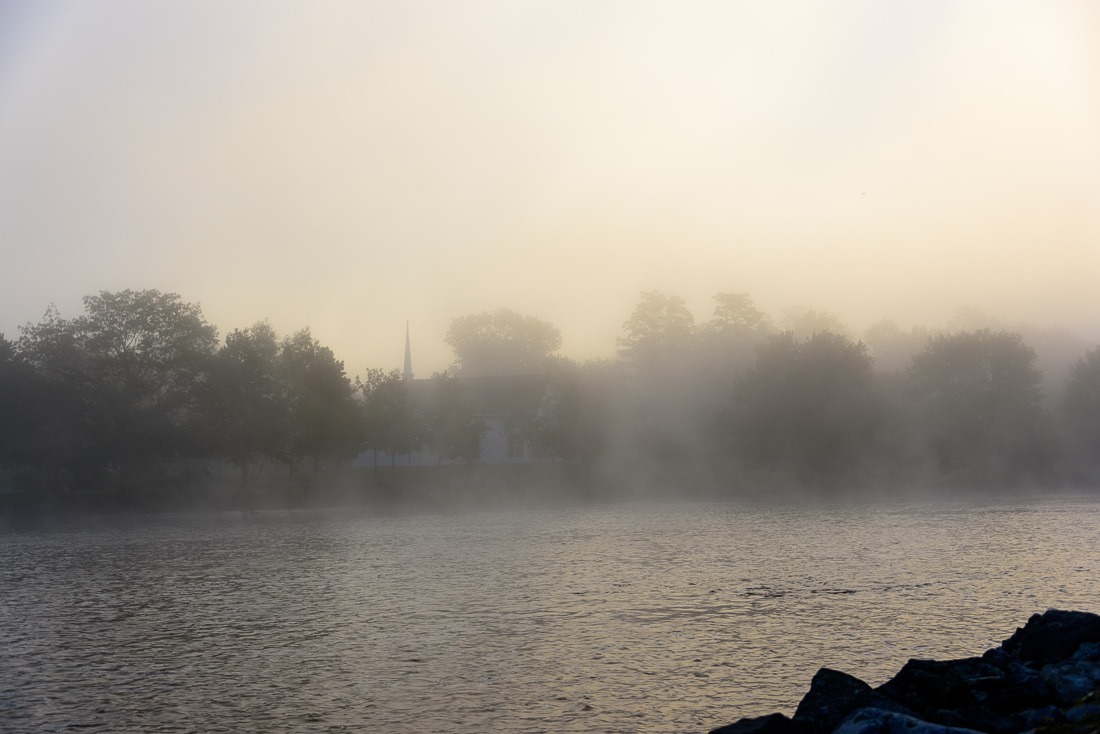 But I never tried to drink tea in the fog to see if it tasted better. No, I will just photograph it and see what feelings I can get with the results.

Ever since I left for Nova Scotia, the weather has been changing. Way more than on the prairies. In Winnipeg, the year seems to be divided in Winter, winter, summer and winter. With a few days of spring and fall sprinkled in-between. 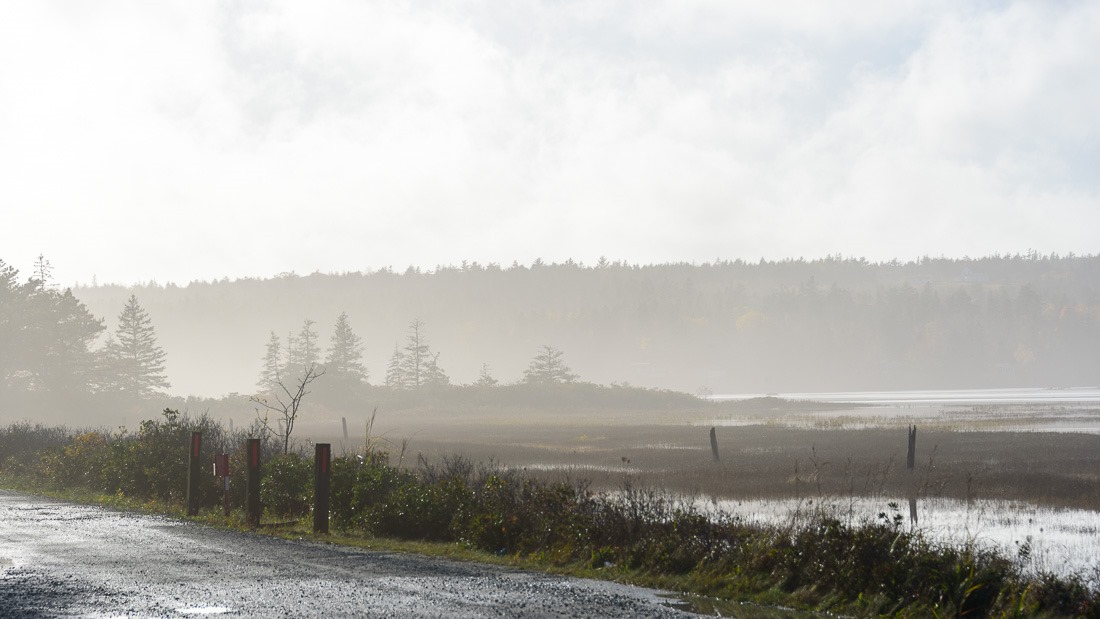 This year’s winter seems to have been worse than the winters I had over there. So while the Winnipeggers were shovelling tons of snow, I was going out to photography foggy pictures. Funny enough, some of those pictures, like the one above, were taken in the middle of the day. 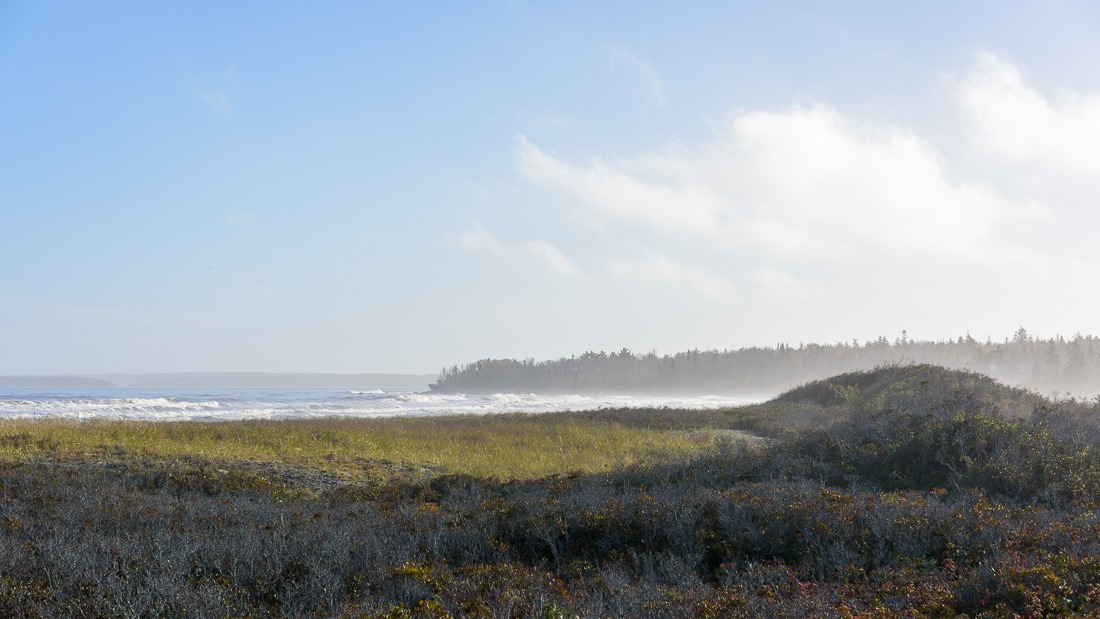 Fog here will roll in from the sea at any time. Only to disappear a few minutes later. The above picture shows that well, I think. Wind coming in from the ocean is colder than the warm, wet ground. So the moisture condensates and creates a very local mist bank. That’s crappy for driving, for sure. My car was in the parking lot of Summerville Beach, so no troubles there. 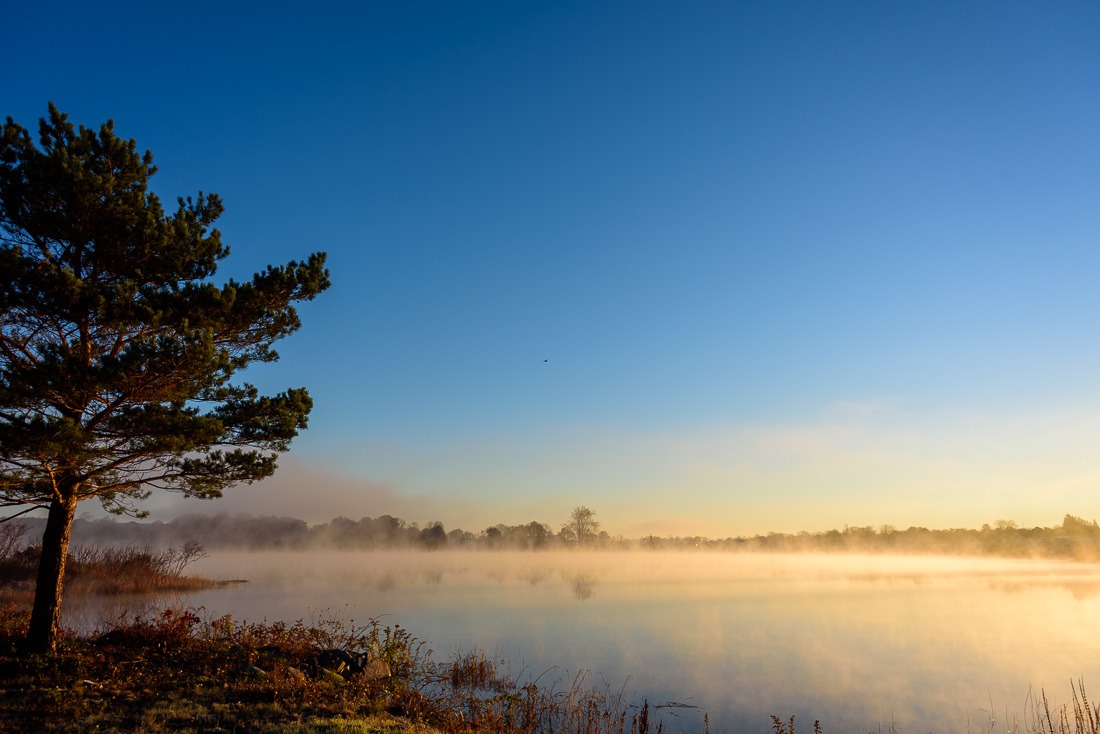 I like to sleep. Who doesn’t. But sometimes, the early sunrise is too good to pass. This picture was taken from the edge of my back yard. The yard is limited by the Mersey River on that end. No threat of construction here. The sun was just coming over the hills, the water of the Mersey warmer than the air. A few minutes later, the mist had burned away. 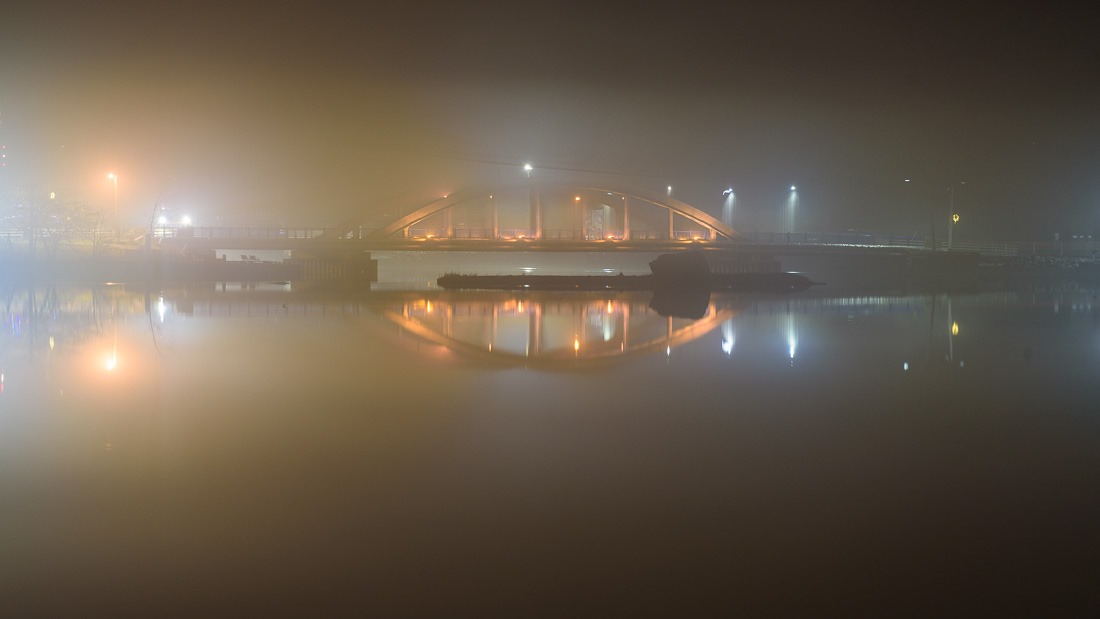 Sometimes, that same river will give me nice shots in the night as well. Here, the bridge over the Mersey, built in 1962. Until then, the bridge could open, and the terrain just to the right and left here were shipyards. Now there is boat launch on the left and a filled-in parking lot on the right. That parking lot was apparently not filled enough, as high water combined with wind and high tide can flood that in minutes. 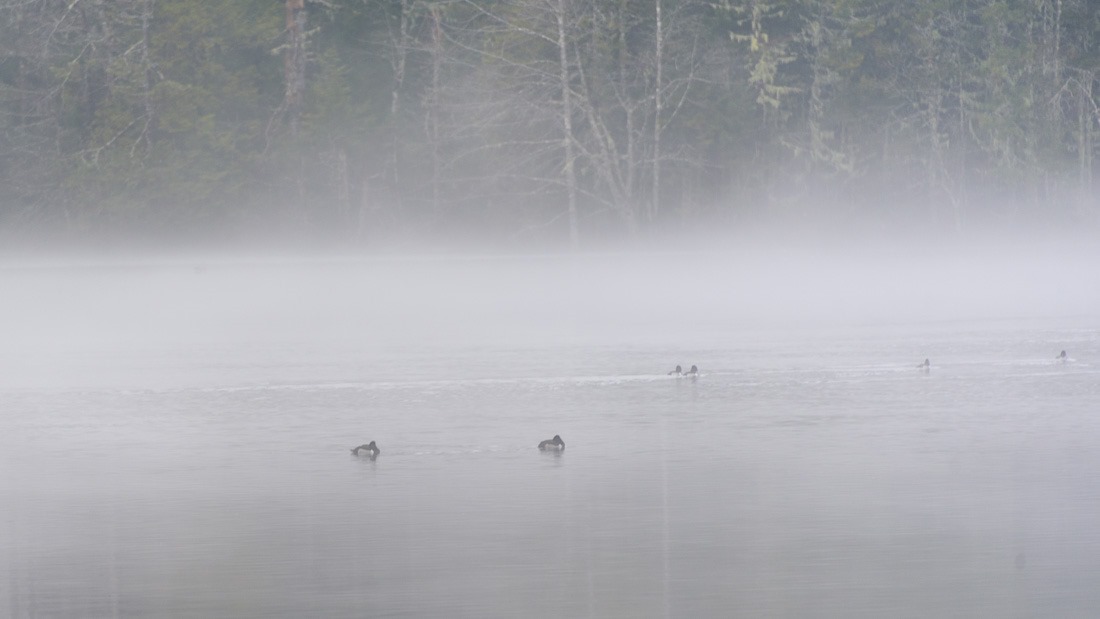 Ring-Necked Ducks in the mist

Further up the river Mersey, away from the influence of the Atlantic Ocean, birds like to rest and feed. Ring-necked Ducks here show me their preferred side for any human. Their back side, paddling away at high speed. I don’t know what humans have done to those birds for them to flee any human in sight. 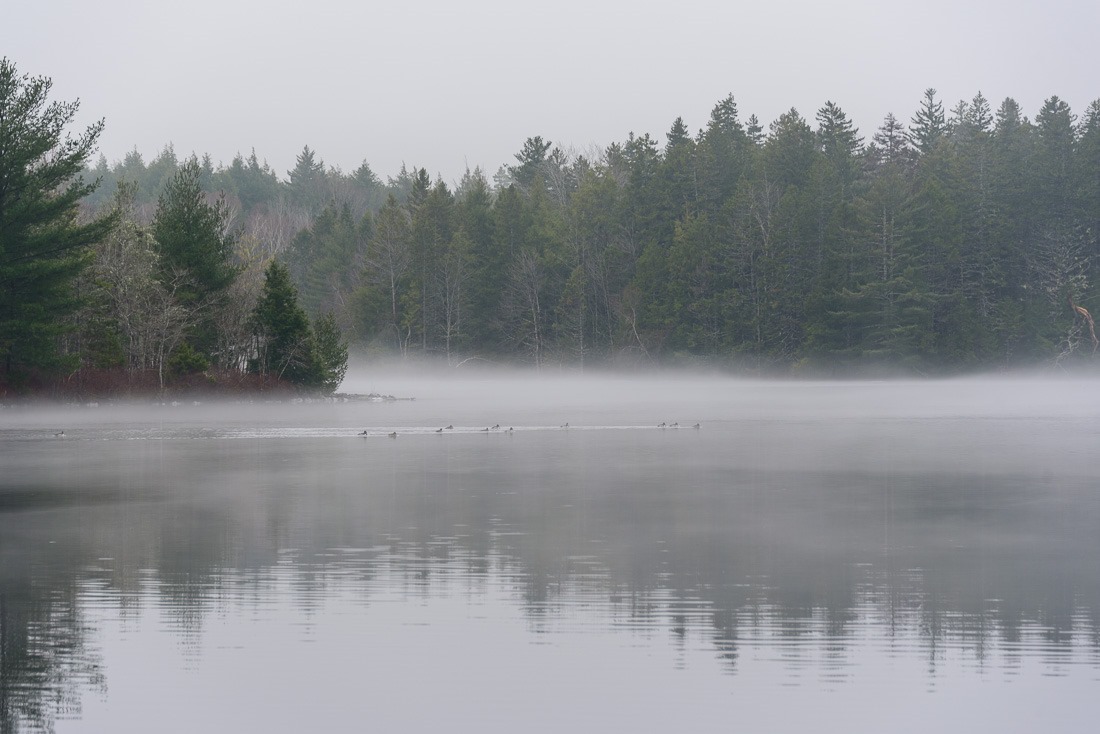 On the Mersey River

Oh, wait, Thanksgiving, Christmas and Easter might have something to do with that. Hundreds of years of hearing shots will hone your skills to stay away from that danger. 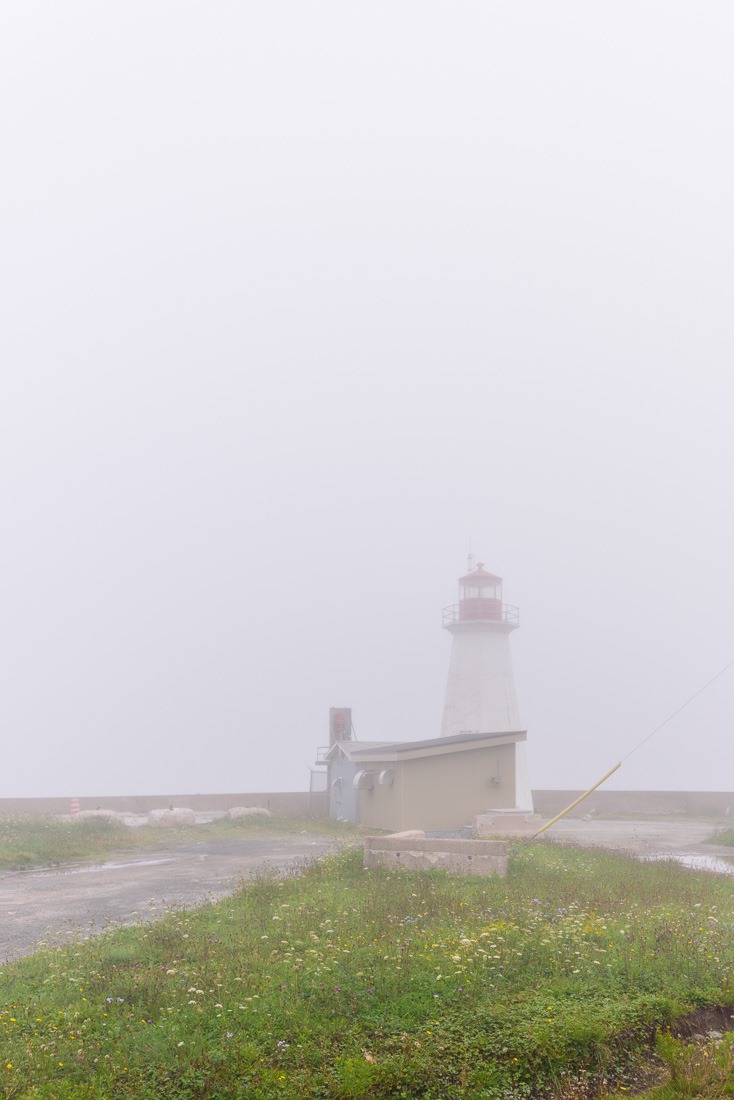