Back in January of this year we were discussing the snow “problems” with a neighbour. Of course, the snowfall here in Nova Scotia is nothing compared to what has fallen in the prairies, but still, quite the amount of snowflakes here. On top of that, 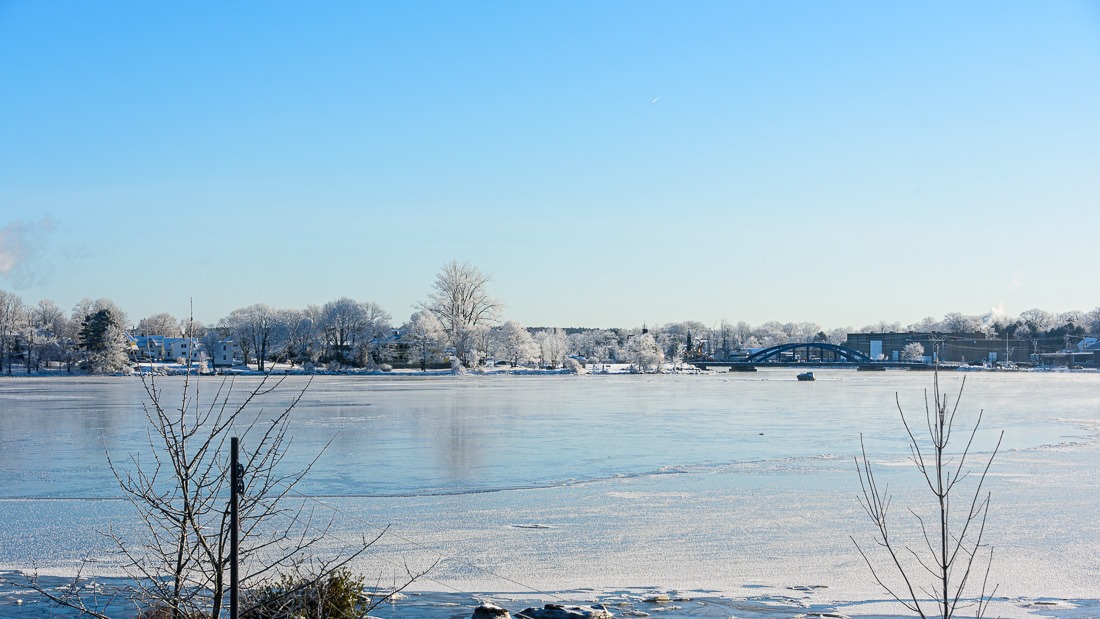 when we arrived here, everyone told us that snow was a “thing of the past” here in Nova Scotia. So we didn’t even bother buying a shovel or heaven forbid, a snow blower.

Then came the snow. Two feet of snow. That had to be shovelled away because, of course, we needed the car to get through the (long) driveway. Two days later, the snow had melted away and all was fine again. 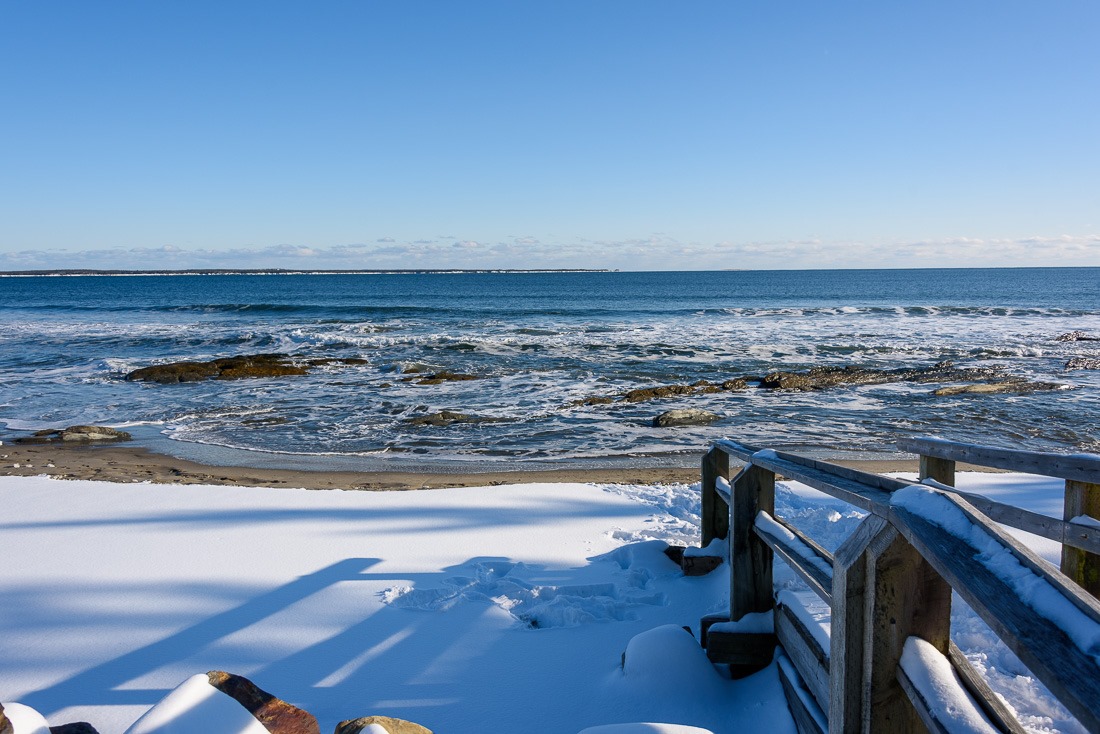 Snow on the beach

Until a week or two after that and the cycle restarted. In fact, it restarted a few times this winter, so I asked around if that was “normal”. The answer was “hell no!” So we may have brought this with us from Winnipeg 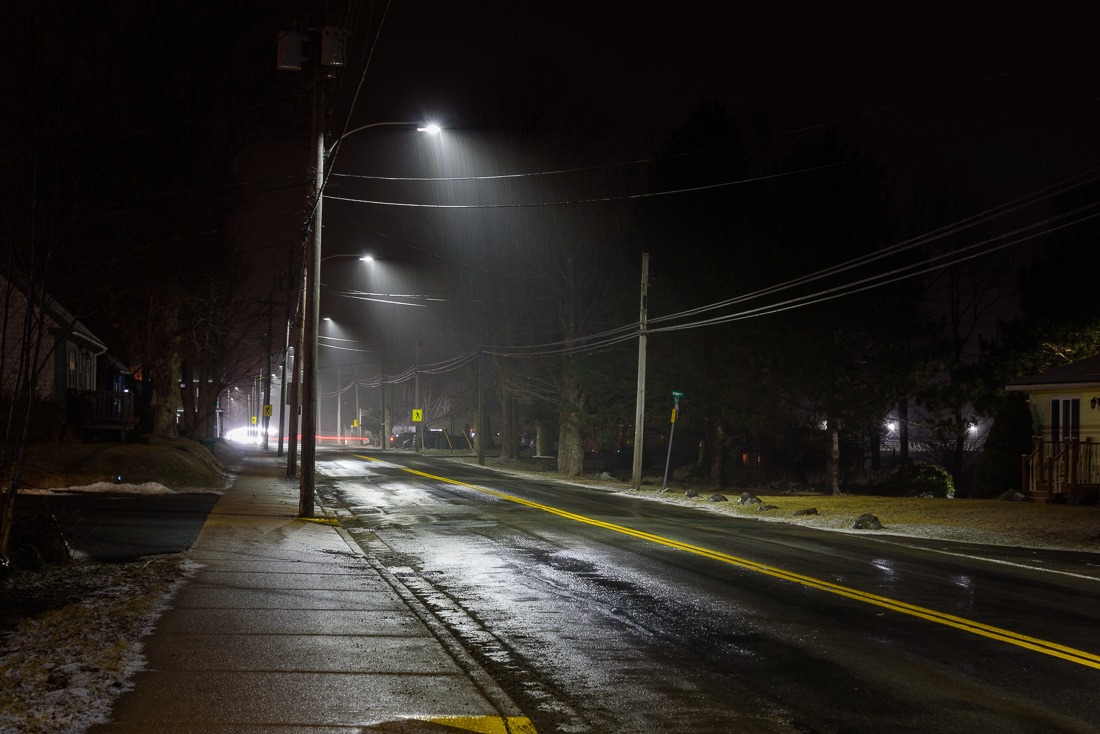 A rainy night in Liverpool

A few more talks with neighbours promised us that even if January was kind of dry, February and March were to be wet and wetter. Donnerwetter

!  So we braced ourselves for a very wet spring season. 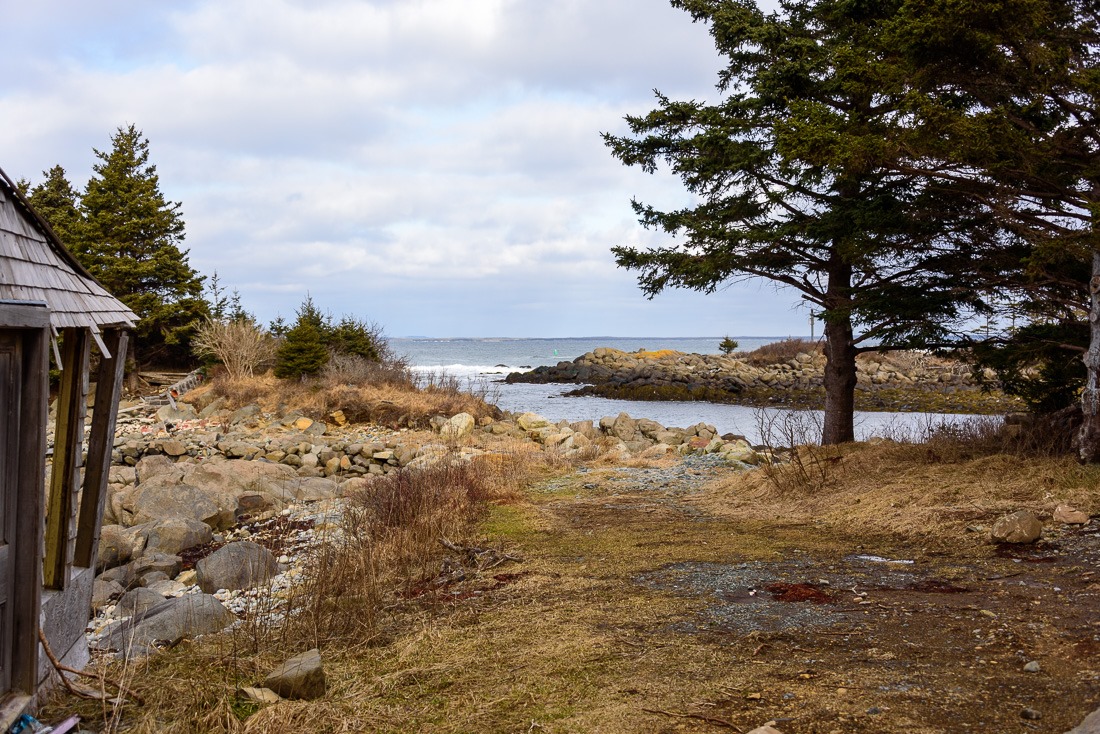 Little Harbour in Back Cove

Spring seems to be showing its head, but is very shy. Old man Winter still wants to rule the world and my backyard. Both months have passed, most of the water is now gone and the little outings into nature have resumed. From time to time, the weather forecasters like to scare us with “Rain alerts” and “Epic trouble”, but nothing of that has materialised. 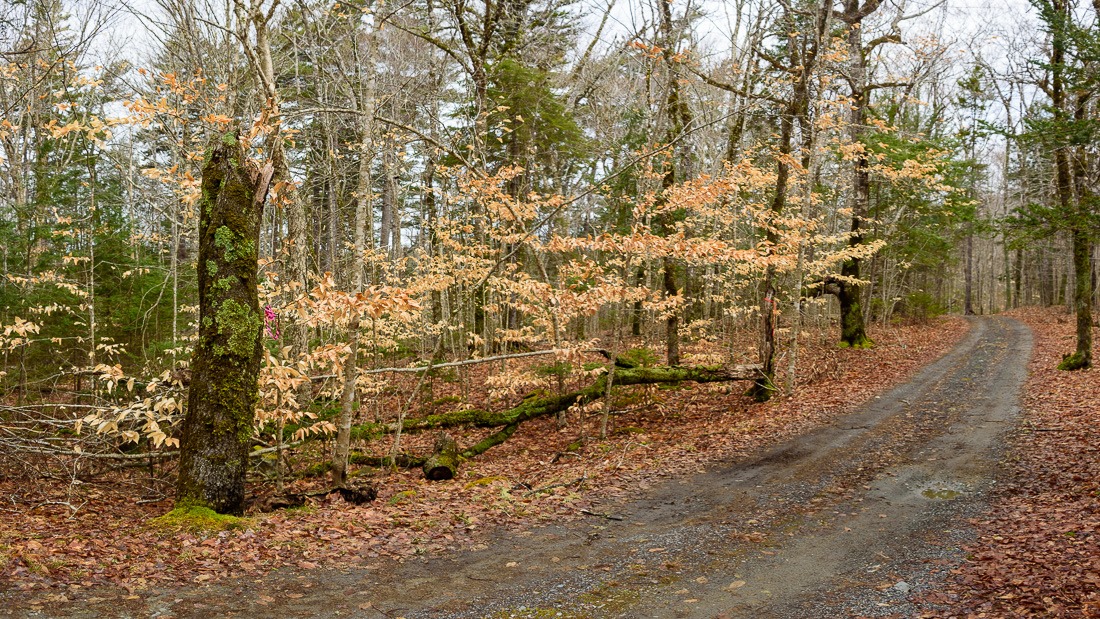 In a province like Nova Scotia where everything is lush and green when you come here as a tourist, it goes without saying that that green stuff needs to be watered. There are no parched summers or even a week without something coming down. Backroads like the one pictured above have to be tested before driving into. This is a small park a few kilometers away from the house, but even so, it was impracticable during the winter months. Only now did I notice a sign saying that the park is “currently not maintained”. 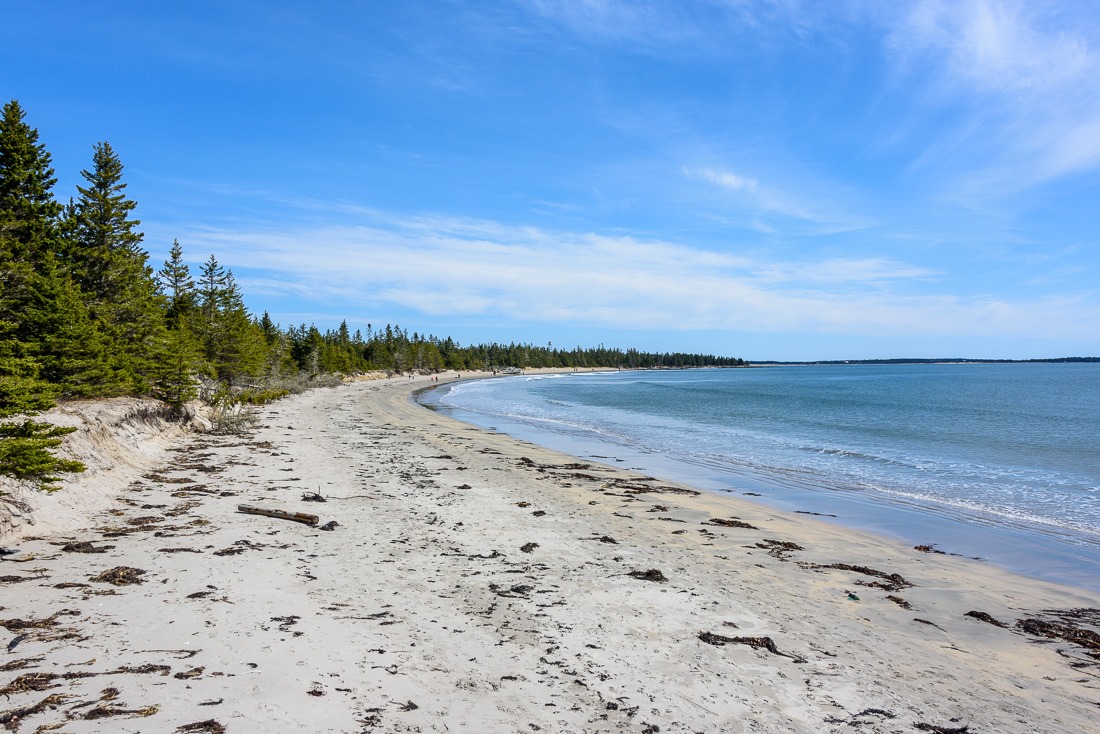 At least the beaches take care of themselves, more or less. For the droves of tourists to swarm to them, a little cleanup might be required. But there is still time for that. 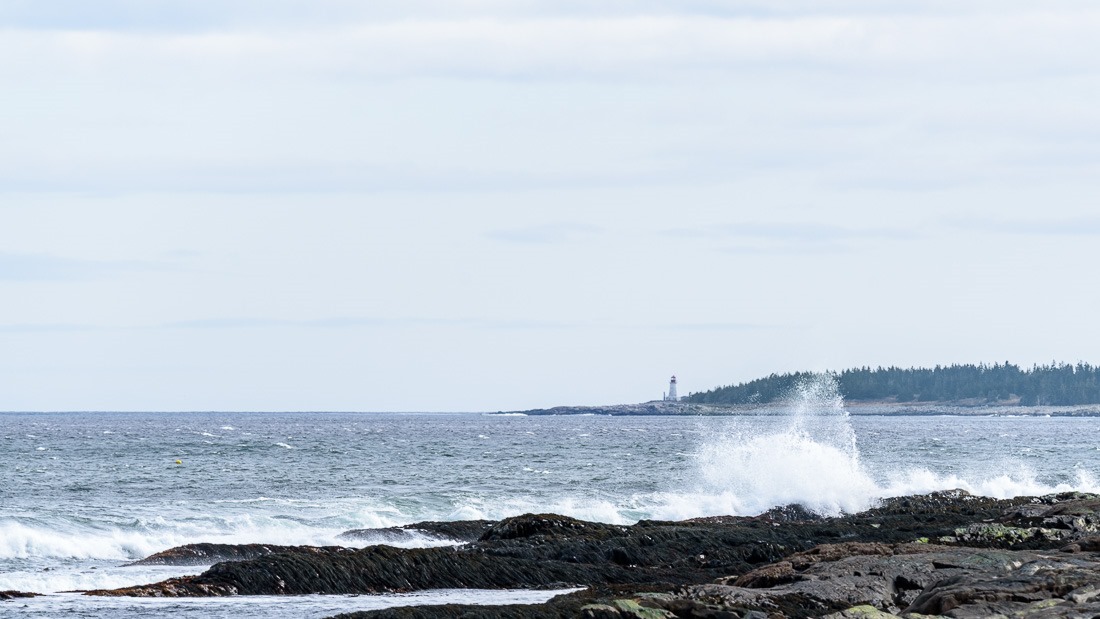 And for those who love non-beaches, the rocks need no maintenance at all. All one has to do is check where to step and step carefully. The rocks are places for the people who take their lives in their own hands. Ok, not that dramatically 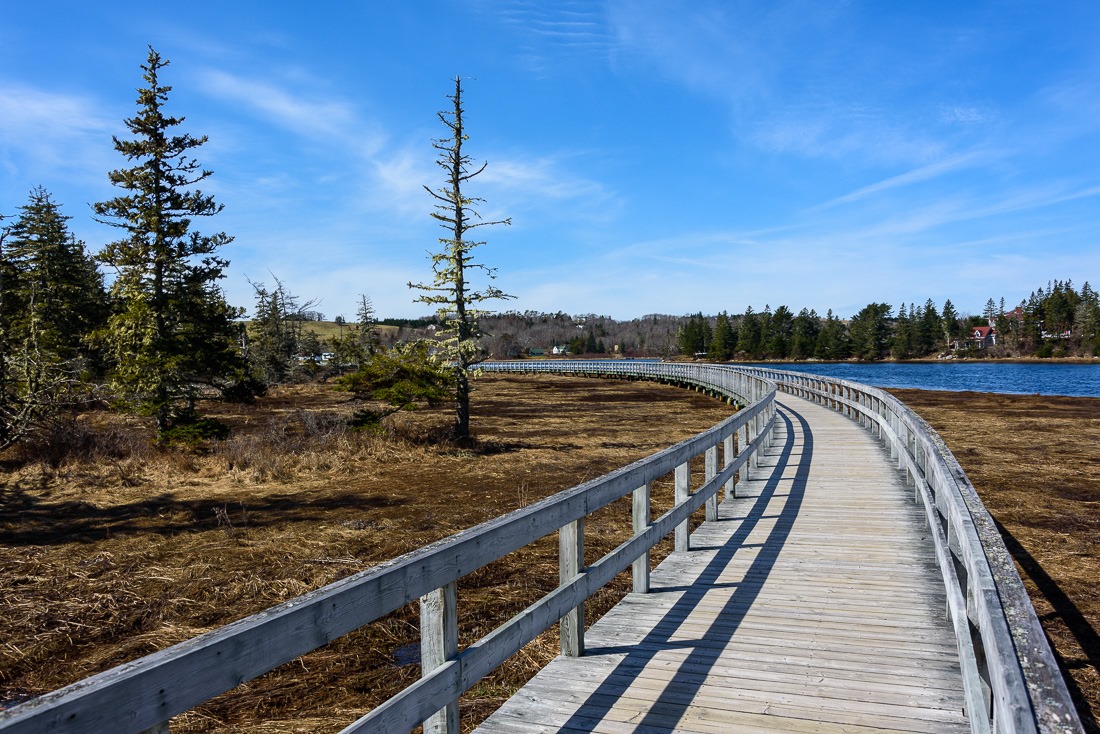 Then there are the boardwalks. The one in Halifax is world famous, but there are plenty more. This one at Risser’s Park is about 2kms long and offers plenty of fresh air and beautiful vistas for those who don’t like beaches, can’t go on the rocks and generally don’t move around too much anyway. This was the first time I walked here, it seems like there is a  lot of stuff that needs to grow back before the summer.

We had been warned about the wet days. I think now we should be warned that the outdoors is going to be calling a lot. So much to see in such a small area. Come over and we’ll show you. There will be an overdose of the senses and a few thousand pictures to be taken.

You have been warned.