Ok, so now that I decided that last year started on March 15. A weird decision, you say? Many businesses have their “year’s end” somewhere in the calendar year. Most of them are not doing their balance on the last day of the calendar year. 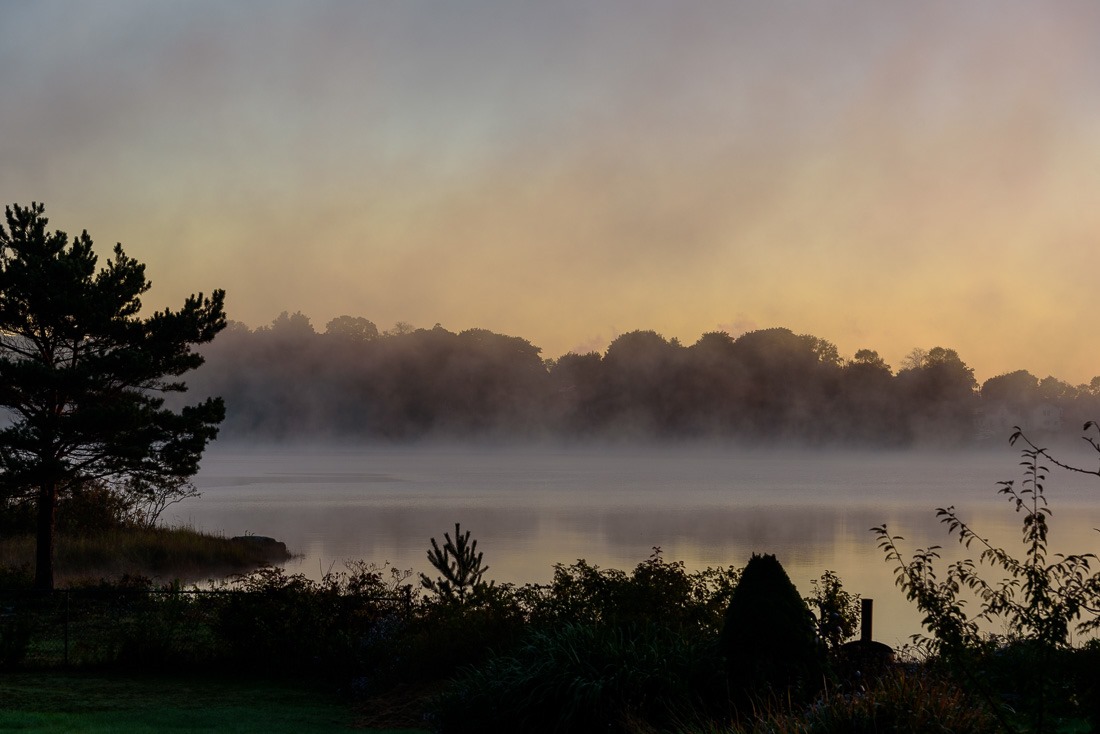 So why should we? We can also decide that last year was shorter and this year will be longer. While Einstein said that time cannot be altered, the perception of time is purely subjective. Don’t believe me? Go and wait for the dentist to call you in his cabinet…

Yet our wait in Halifax was not as painfully slow as a wait for the dentist. Far from it. In fact, our time in Halifax was kinda short. Short enough to want to go back there from time to time as well. The best thing of living in a small province like Nova Scotia is that everything is relatively close by. We now live a mere 130km south of Halifax, an hour and a half by car to get to the city. 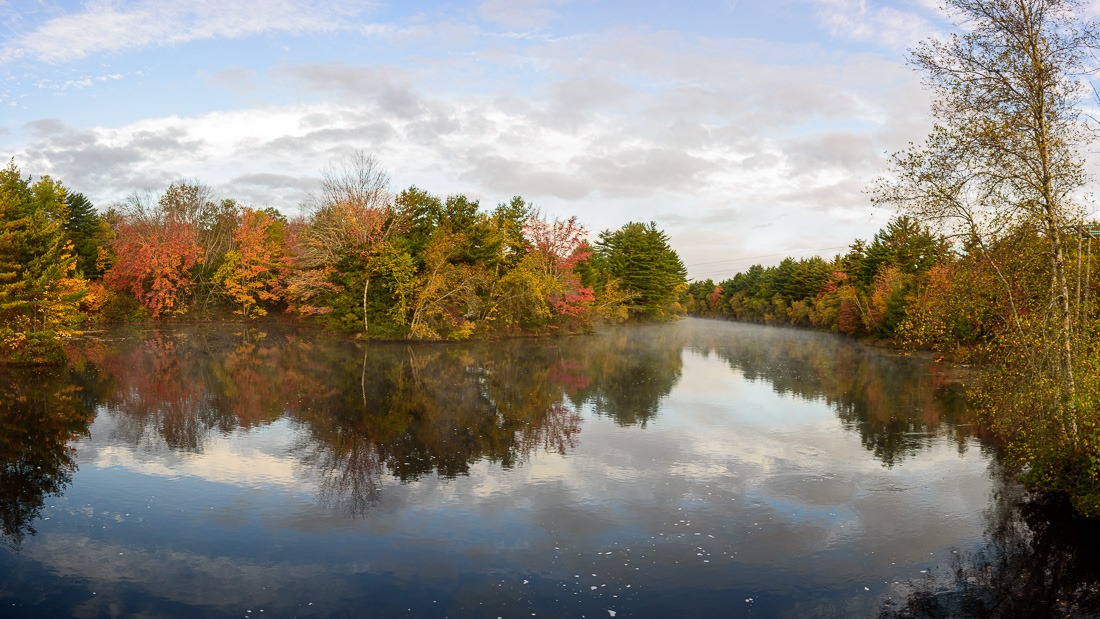 Close enough to be doing shopping there, and far enough away to not feel the pressure of a city and of apartment life. The above picture was taken some 5kms from the house. A place where the Mersey River flows under a bridge. There is nothing around that place, it’s all peace and quiet. 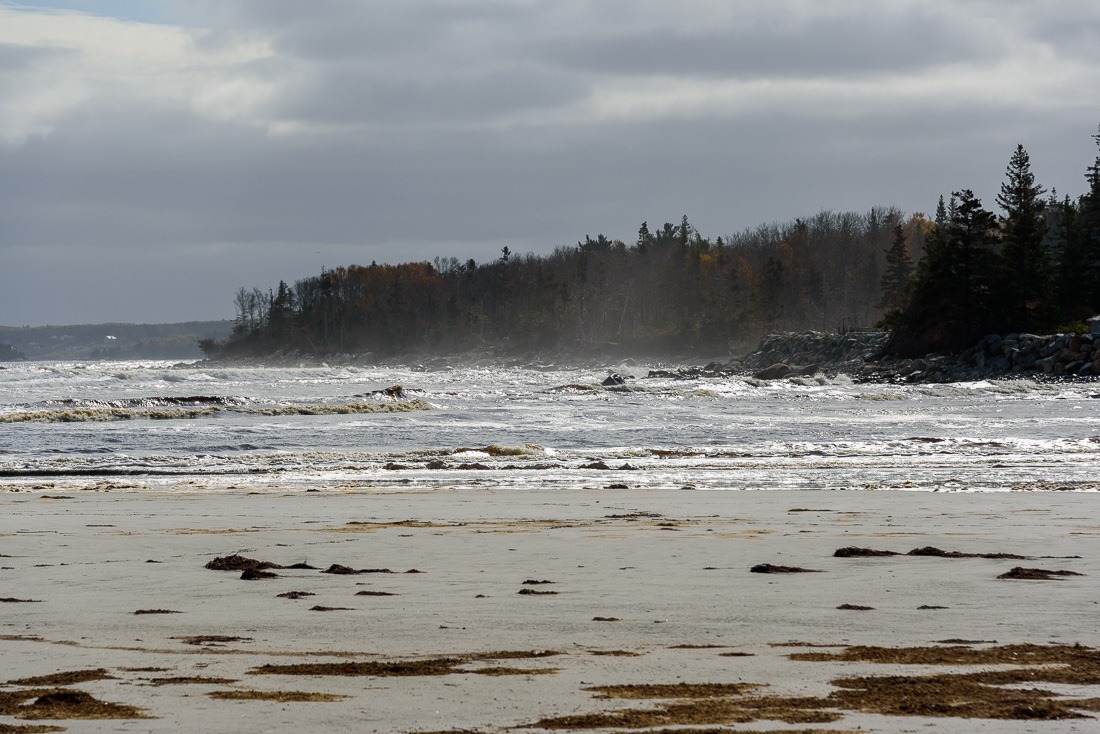 On the other side of the house, a few kilometers eastward, there is that puddle we call the Atlantic Ocean

. While I always had in mind that the Atlantic was always wild with huge waves and such, nothing is further from the truth. The wind here is predominantly from the west. In other words, it’s off the coast, blowing into the ocean. So no big huge splashy waves here. On the other side of the ocean, in France, waves are often higher than old-fashioned lighthouses. The ones that are 45m tall. 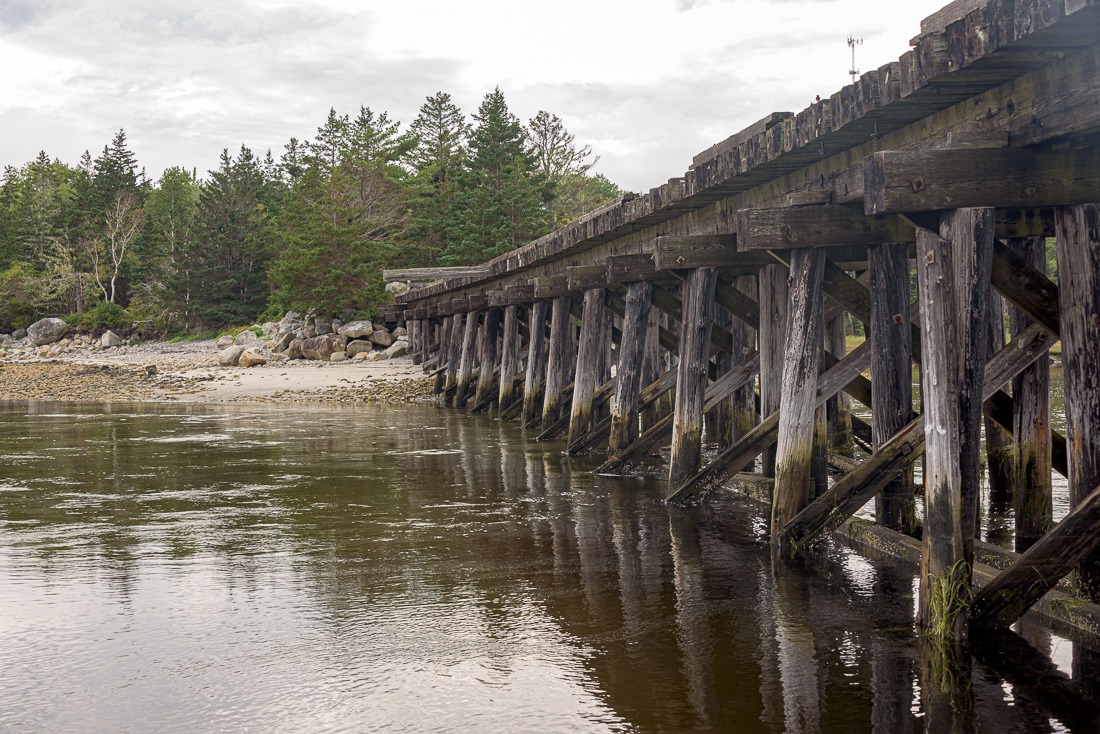 No, the ocean here is friendly. Friendly enough to even build bridges into it. Above is an extension of the Trestle Trail that starts close by the house. This is on Summerville Beach. The bridge throughout its existence was a favourite place to dive from, as some “older” locals have told me. It seems that under that bridge is some 6m deep gulley. I’ll take their word for it.

The fleet of Port Mouton

Liverpool is close to a small town that is “mispronounced” by the locals. Port Mouton is pronounced “port mah-toon”. I needed a little time to get used to that. As it turns out, there is quite the fishing activity out there. Fishing and lobstering. It’s a beautiful little town and close to a few beaches we will surely visit more very soon. 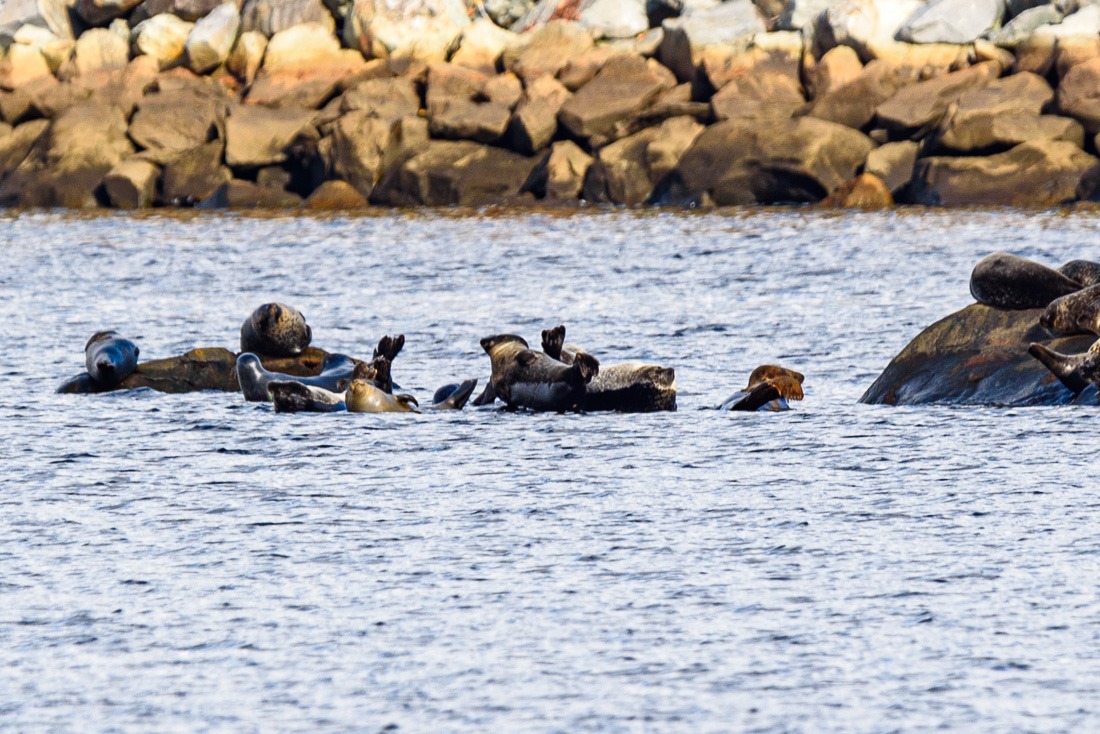 Harbour seals in the sun

Closer to home, the harbour seals often take some sunshine. These seals were sunning just behind the yard. It seems that they let the high tide deposit them on top of the rocks and stay there as long as they please. By themselves they can’t climb those rocks. They are also a renowned force to reckon with when in summer there are fishing derbies for mackerel. This summer I will most certainly be a spectator for that. 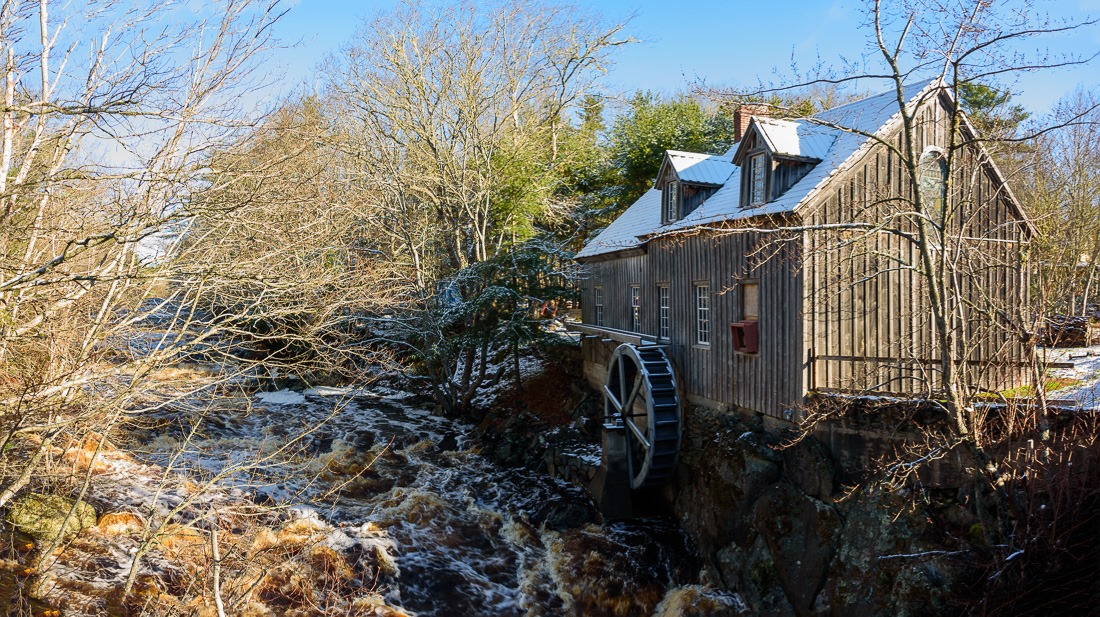 Then, on a highway a little down south, this grist mill shows up just beside the highway. The Sable River Grist Mill was slated for conversion into a teahouse, but now is on the way to become a private house instead. Pity, I would have come there for a cuppa… 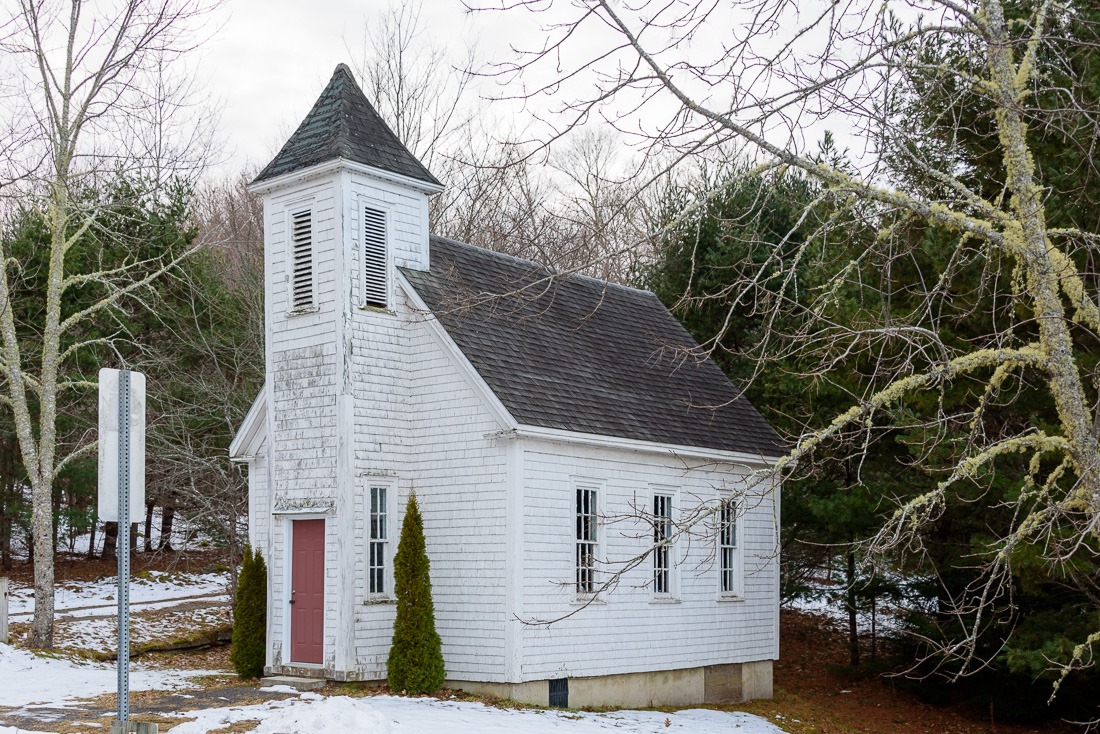 On the banks of a very different river, this little United Baptist Church from 1908 is just waiting for another visit. The nearby Medway River is currently a very loaded river. Fast currents and lots of water are rushing towards the sea. All this is a mere 30km away from the house. 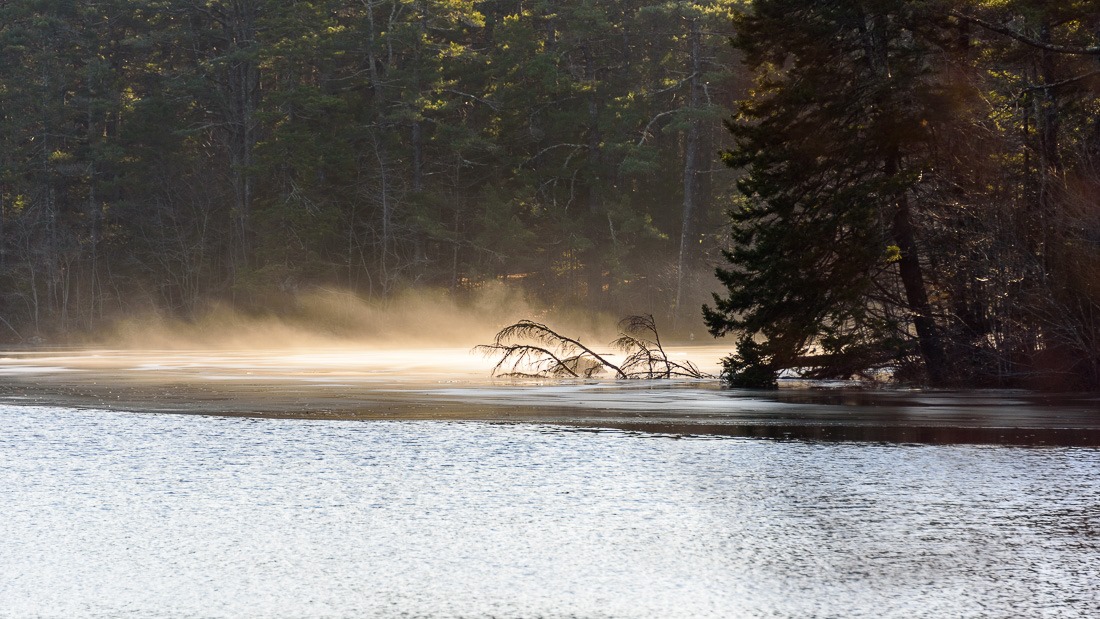 Even closer to the house was this little pond, fed by the Mersey River. Just in a park outside the house. Some ice was still on the water when I took this picture. All in all this has become a place where looking outside the window is already a photographic adventure. I’m just scratching the surface of everything that is here to see. On top of that, we’ve been here only since September, so a full summer with summer activities and festivities is still waiting for us to explore and enjoy.

What a year this has been and what a year is still to come! I’ll be sure to show you more about this here on my blog. If you are in the area, don’t hesitate to come and see me to explore the more hidden features of the province.