The whole world is holding its breath, waiting for one person to stop. Yet this hasn’t happened. A full scale war is being rained down upon Ukraine, a country 1/28th the size of Russia. Ukraine is holding their place with tremendous success. 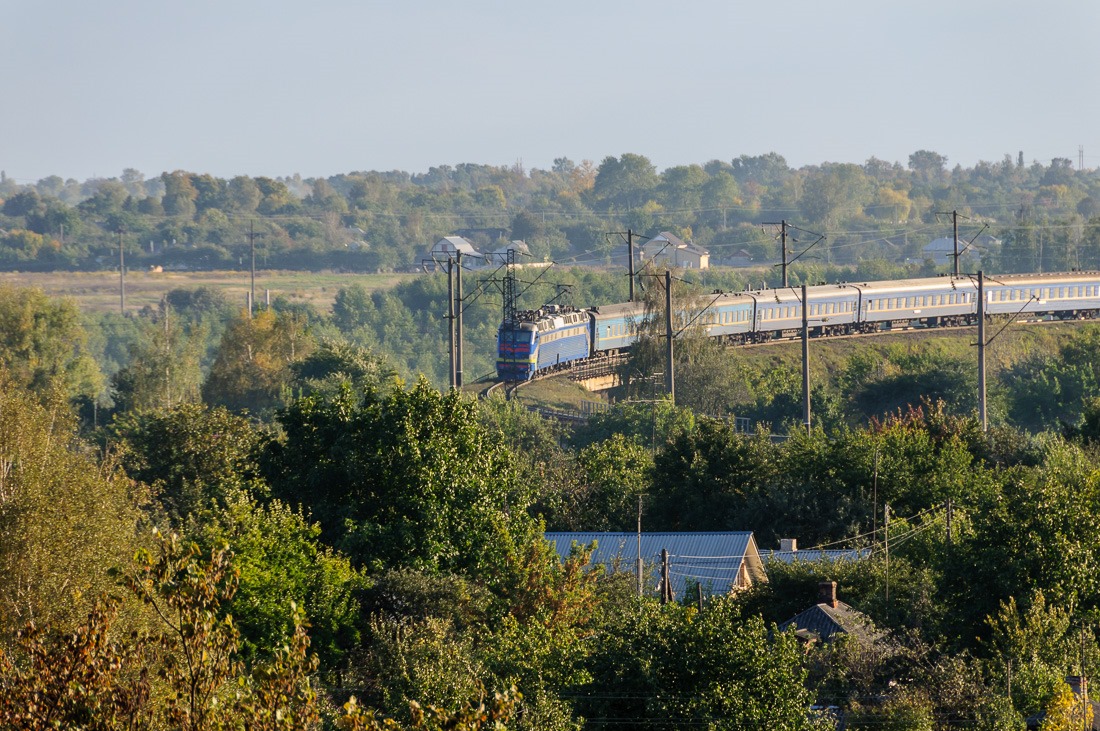 After all, they are defending their country, their homes and their families. This war is against one man, not against a whole population.

Yet the longer this will last, the deeper the rift between the two peoples will become. When I was living in Ukraine, those relations were not so stressed. Yet. The Maidan protests in 2014 gave the first inkling that Russia’s leader had more plans for Ukraine than he wanted to admit. Then came the staged unrest in the Luhansk and Donetsk areas as well as the illegal annexation of Crimea. 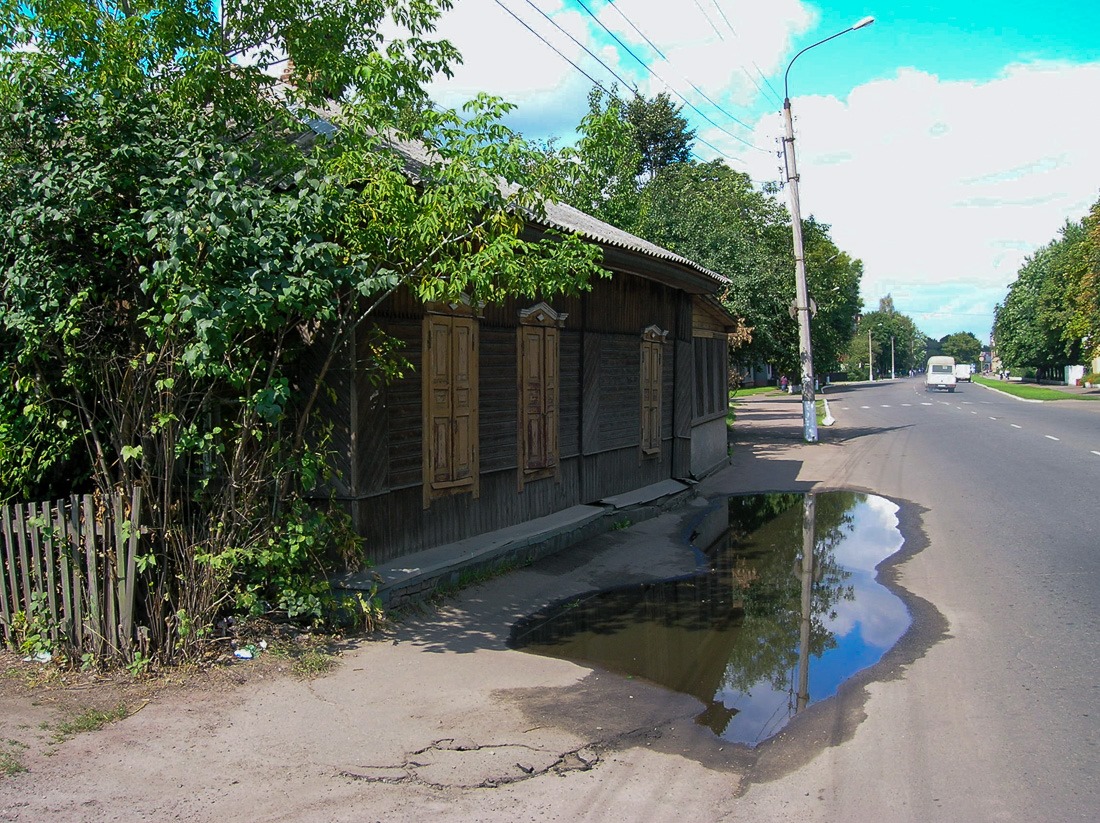 But this was already after we had left Ukraine for Canada. It all seemed so distant at the time. Then “Maidan” happened. I wrote about that here. Not to pat myself on the back, but the last paragraph of that article has now been proven correct

. My writing at the time was pretty emotional, seeing that the city I loved had been burned and scarred by foreign military. 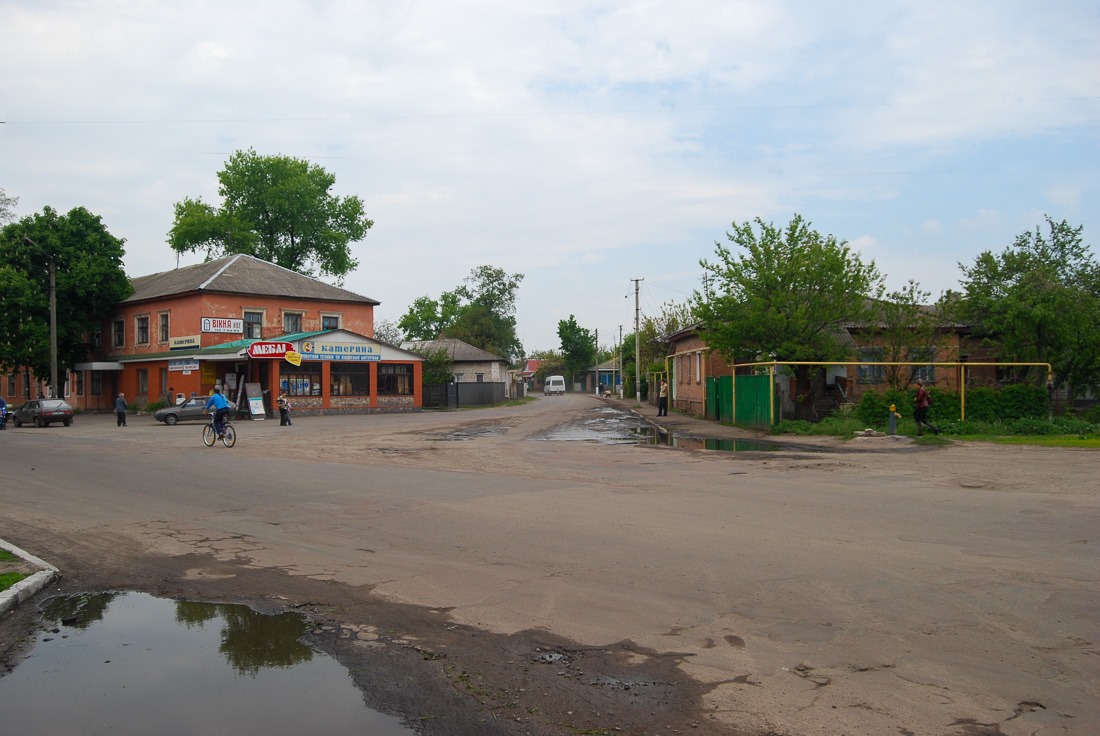 Ukraine is such a beautiful country. It has inviting people everywhere. Perhaps the Russian people are not so welcome anymore for the next few decades. Time will tell. Protesting in the streets of Moscow seems to be a risky business most people are not willing to undertake. But their unwilling silence is not going to make things better for either country. 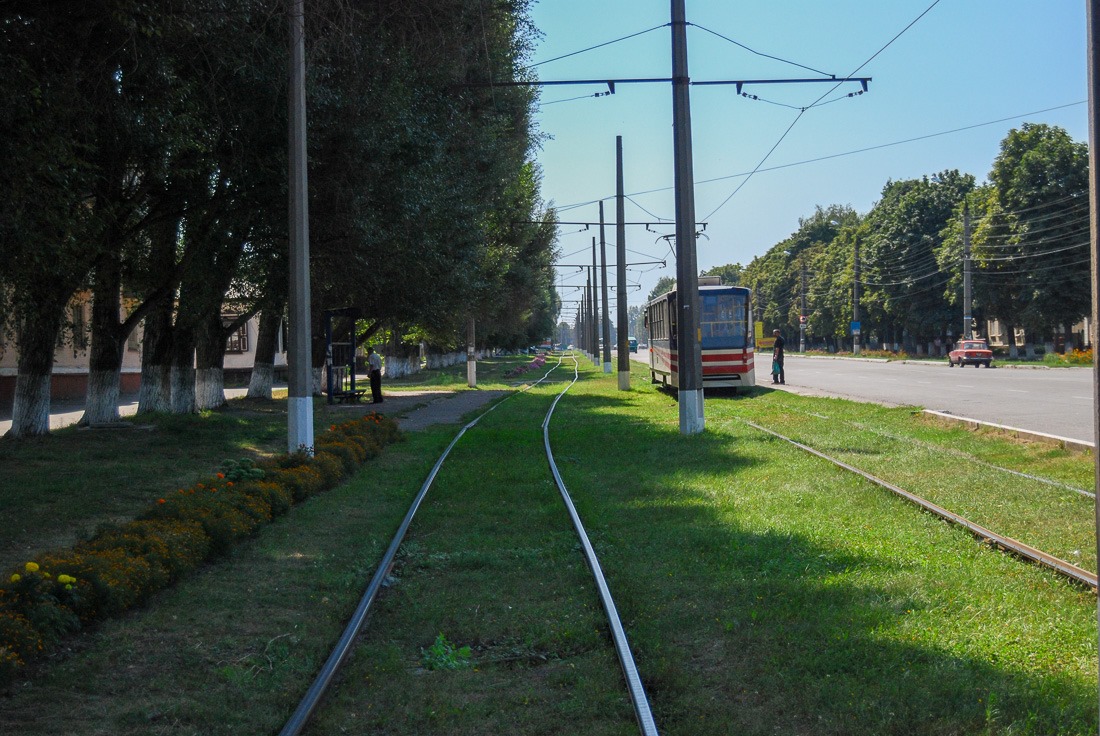 No, better to think of happier times, when all this was still a faraway future. The pictures of this post were all taken in Konotop, a small city in the north-east of Ukraine in the Sumy Oblast or province. It is said that every other woman from Konotop is a witch with specific powers. A tale that comes to light at the most interesting moments 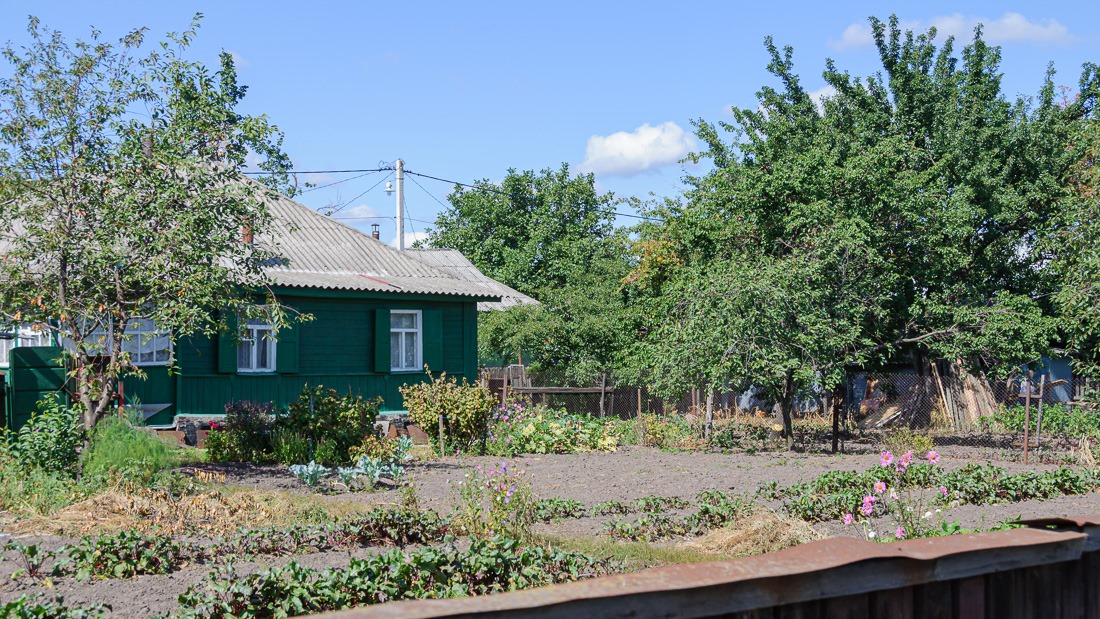 The city has plenty of high-rises in Soviet style. Some older, some not so old. What attracted my eyes, though, were the old wooden houses. Interestingly enough, those houses were not as prized as the apartments in high-rises. The summit of status was to have your own apartment, not some house with a kitchen garden.

My dream was always to have a house with a nice big yard where I could grow some of my own veggies. Not that I have a green thumb, far from it. But hey, that stuff will  grow by itself, no? Well, the house in Ukraine didn’t materialise, so we went to Canada instead. Things are different here. 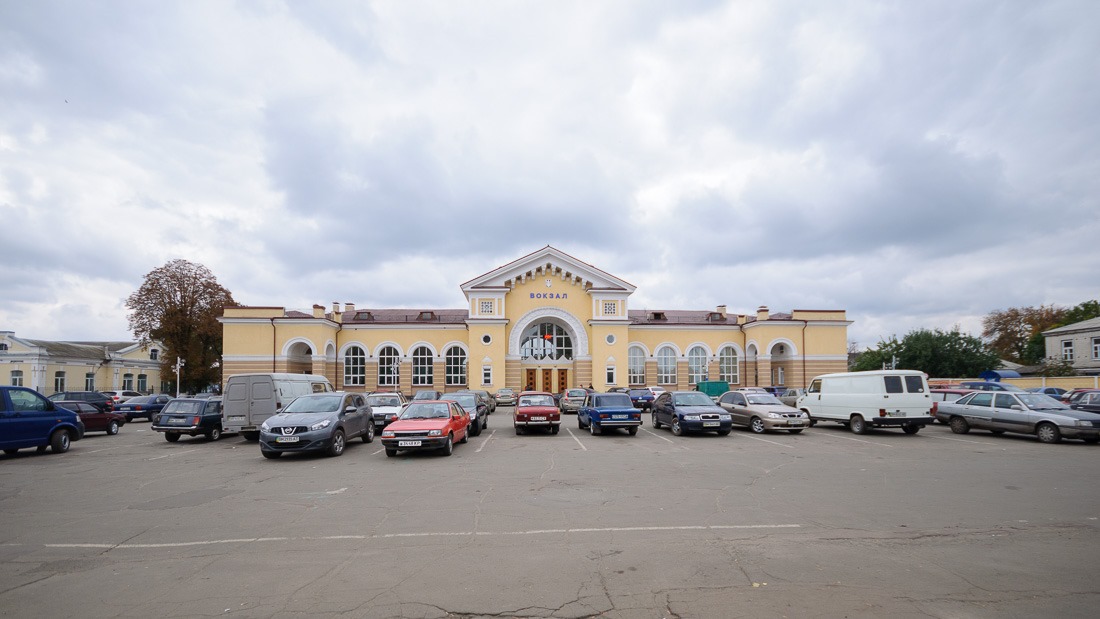 Konotop is a city of about 85,000 people, barely smaller than my hometown in the Netherlands. But it has a big railway station, as it sits a mere 70km away from the Russian border. As such, today it is in occupied territory and people are not allowed to move around. Just like in the good old days of the Soviet Union

. The architecture of the station is a weird combination of classic and modern. 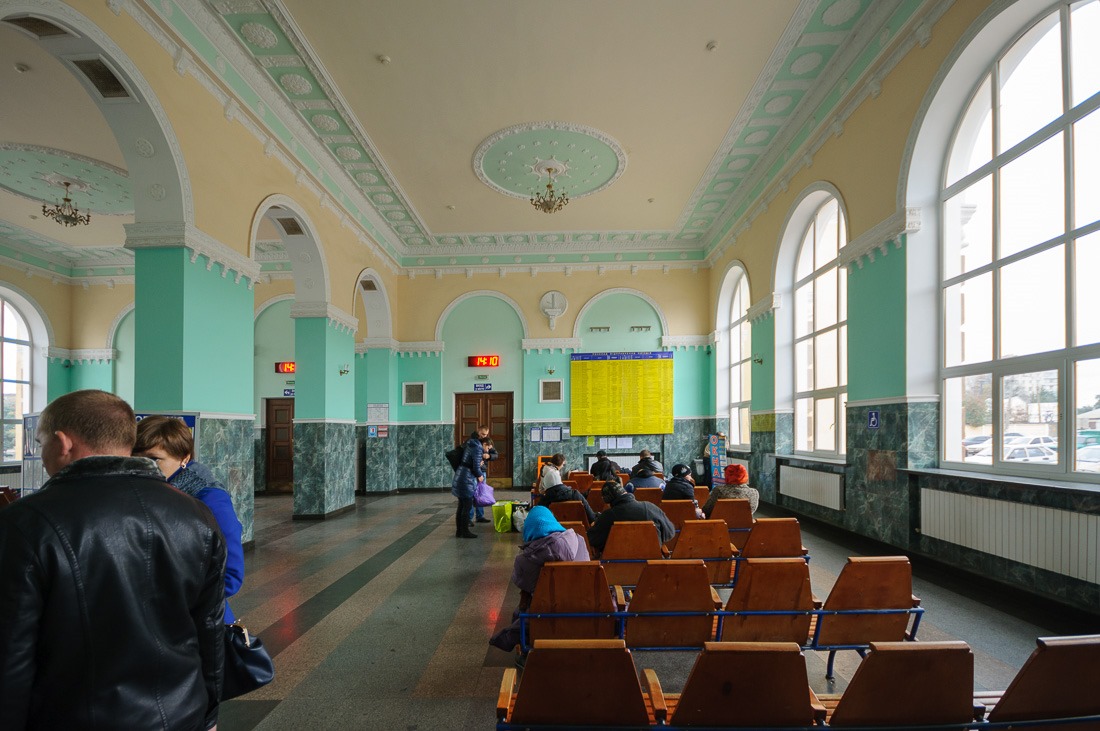 The inside is also not what you expect in any western railway station. Back in 2013, when this picture was taken, the timetable was still a fixed board on the wall, for everyone to consult and memorize. For all the years I have lived there, never has that timetable changed for a single minute. 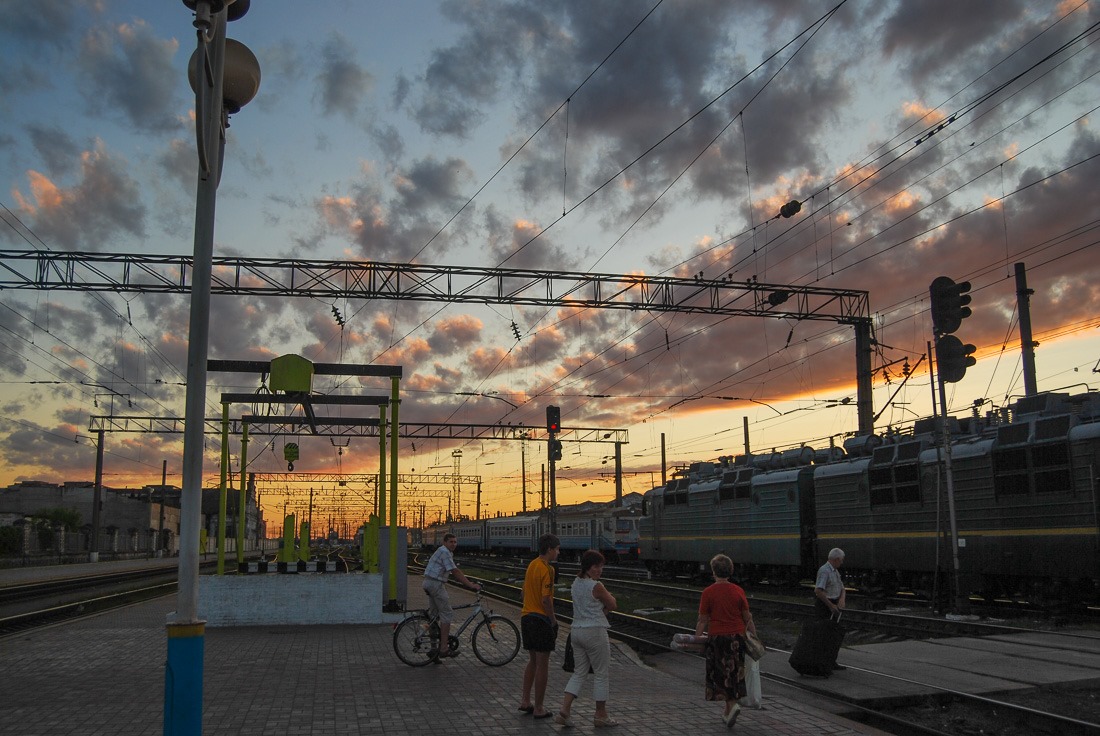 The tracks part of the station still expect people to be careful. No barriers, gates and signs to stop you in case a train arrives. No, you simply look from both sides and then cross the tracks with your luggage. And yes, a train can also block those tracks until its business in the station is done. 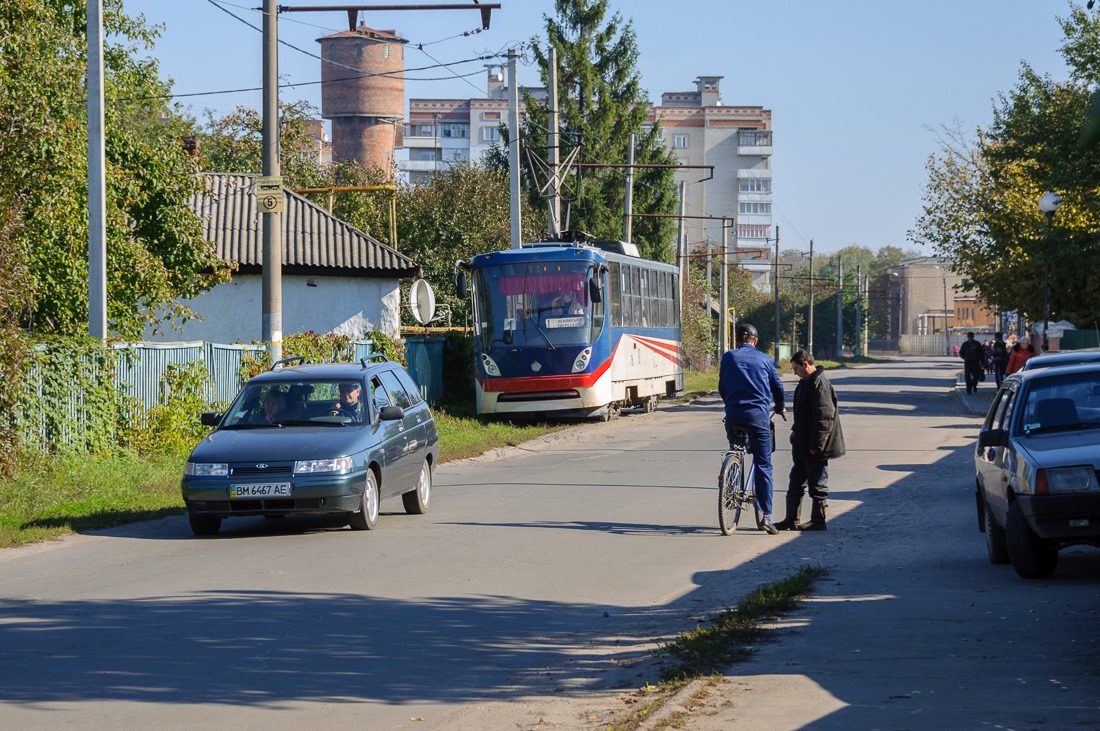 Chatting in the street

While traffic can be pretty hectic in the city, some of the streets are still quiet enough to have a chat with the neighbours. This is the Konotop I remember from my time there. Today, the streets are empty and grim. Russian occupation does not allow for idle pass-times in the streets. So far, the city administration has managed to keep a truce, but nobody knows if or when that truce will be broken.

All I can hope for is that everyone gets a chance to get out alive before that happens.