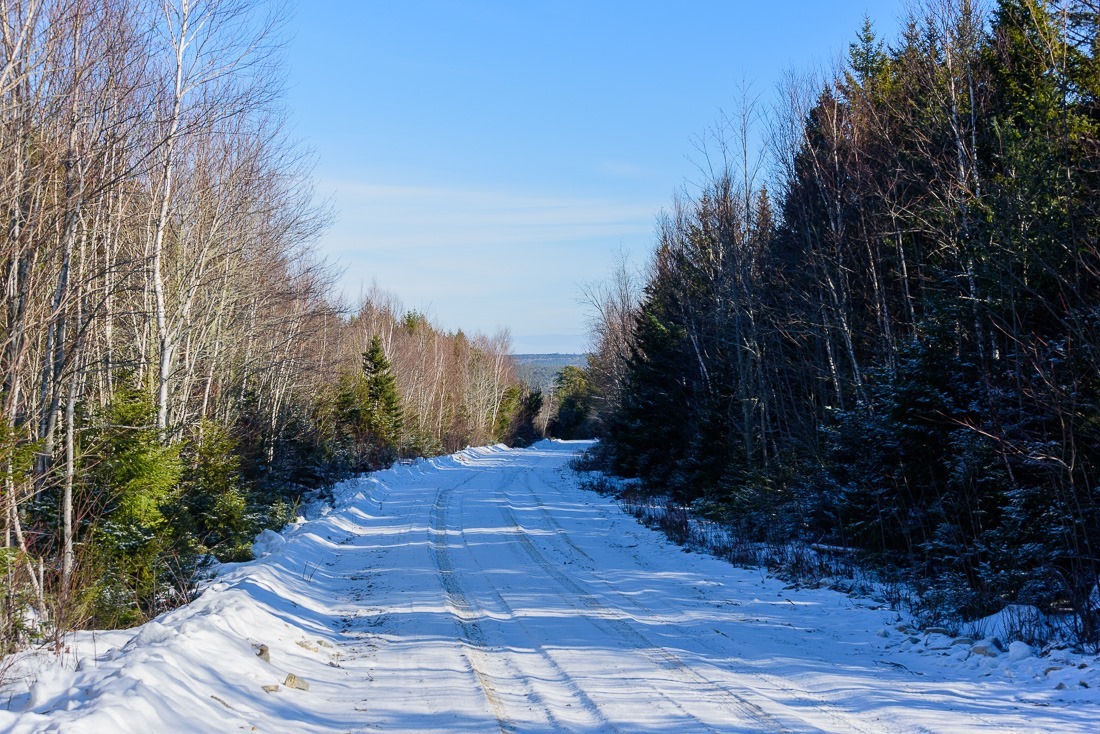 The highway is fine to get from point A to point B, yet going through points C to Z or Alpha to Omega is much more interesting.

There is the occasional moment when you get stuck in a place where driving was not recommended, but hey, that’s all part of the adventure. The lead pic of this post shows one of my now favourite backroads in Nova Scotia. At the moment it is also unreachable due to bridge repairs. It also doesn’t go anywhere useful, so traffic is at a minimum on that road. 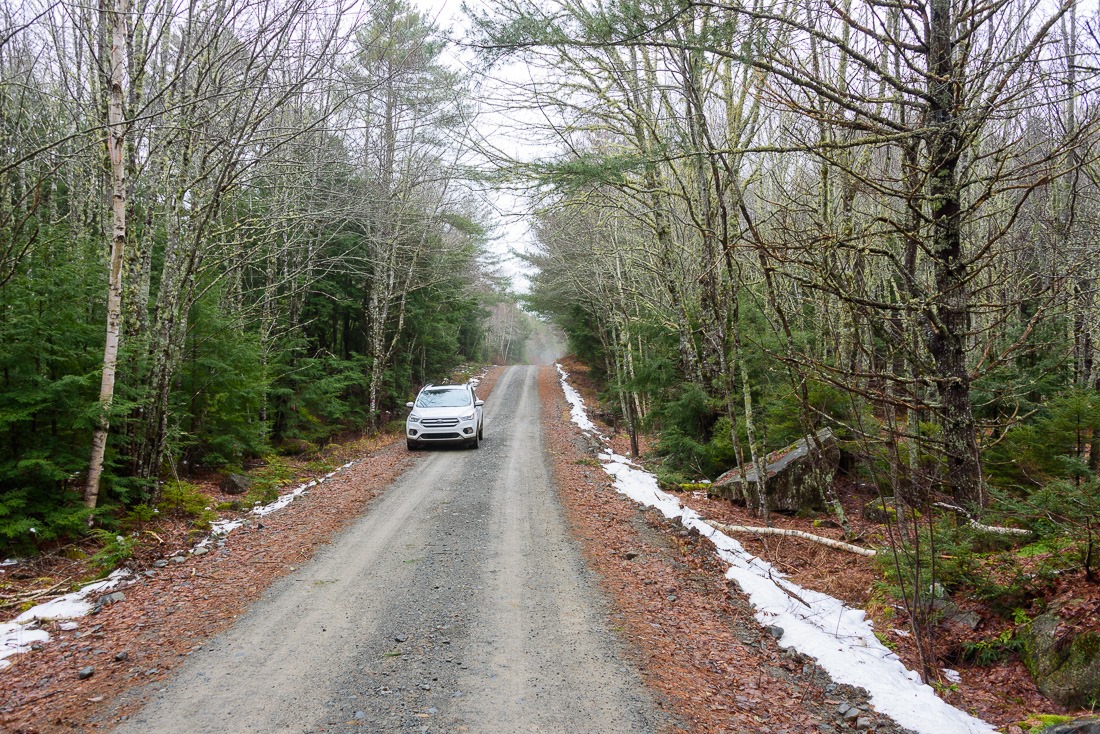 Close to the river

It follows the Mersey River for a while, crossing over back and forth and then peters out into a field where driving is not possible unless in dry conditions. My car is not really up to that task. In the picture above, the road follows the Mersey (on the right) and the landscapes as well as the soundscapes are fantastic. With no traffic anywhere close, the ever-present droning of cars and trucks is absent. 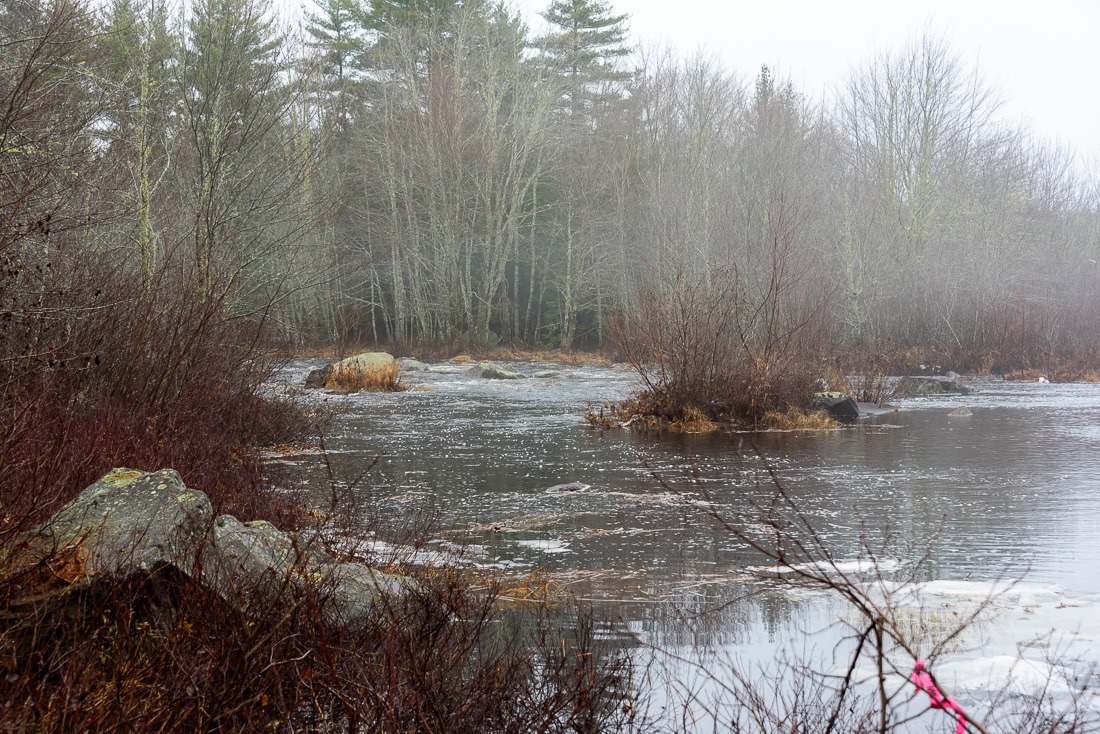 A free section of the Mersey River

The Mersey is a fairly big river, with places that have been dammed off by NSPower and other places where the river is in its original (?) state and runs over rocks and speedbumps. The above picture was taken a mere 30 meters away from my parked car above that. A bit of mist was hanging over the water. But, as is fairly common in Nova Scotia, I was not the first to have been there. That pink ribbon must mean something to somebody. 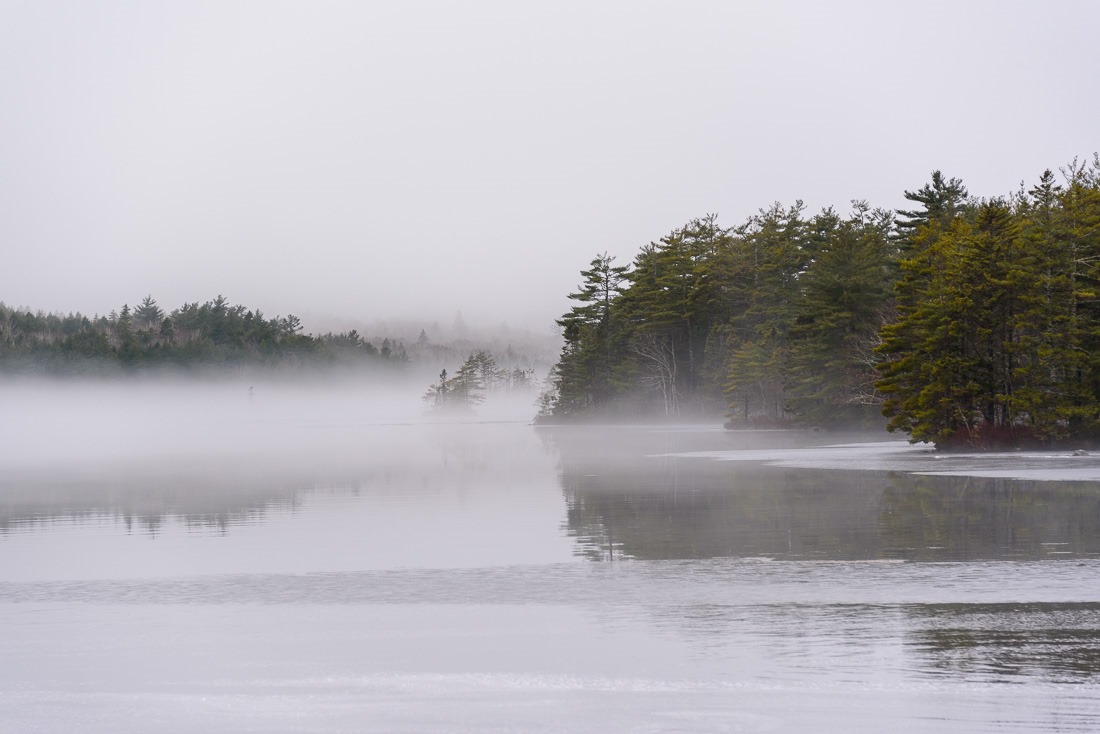 Going onto an adjacent road in the same area shows foggy patches of river as well as habitation along the road. It’s always nice to have clear, colourful pictures, right? Well, sometimes, that colour is not on the menu and you’ll just have to make do with what Mother Nature gives you. Grey skies and grey water. Shoot that or go home. 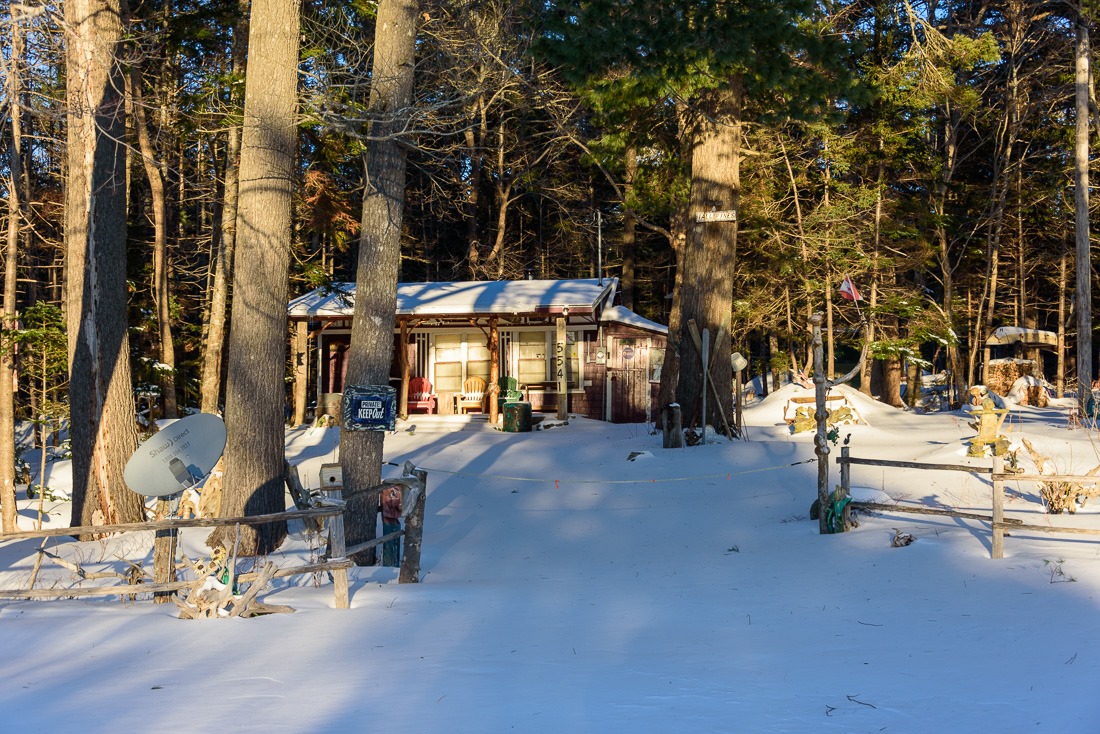 Not ready for primetime

Habitation along the River Road is sparse. A few houses here and there. I’m not even sure if any of these are inhabited year-round or if they are summer cottages. The above one seems to be very quiet. 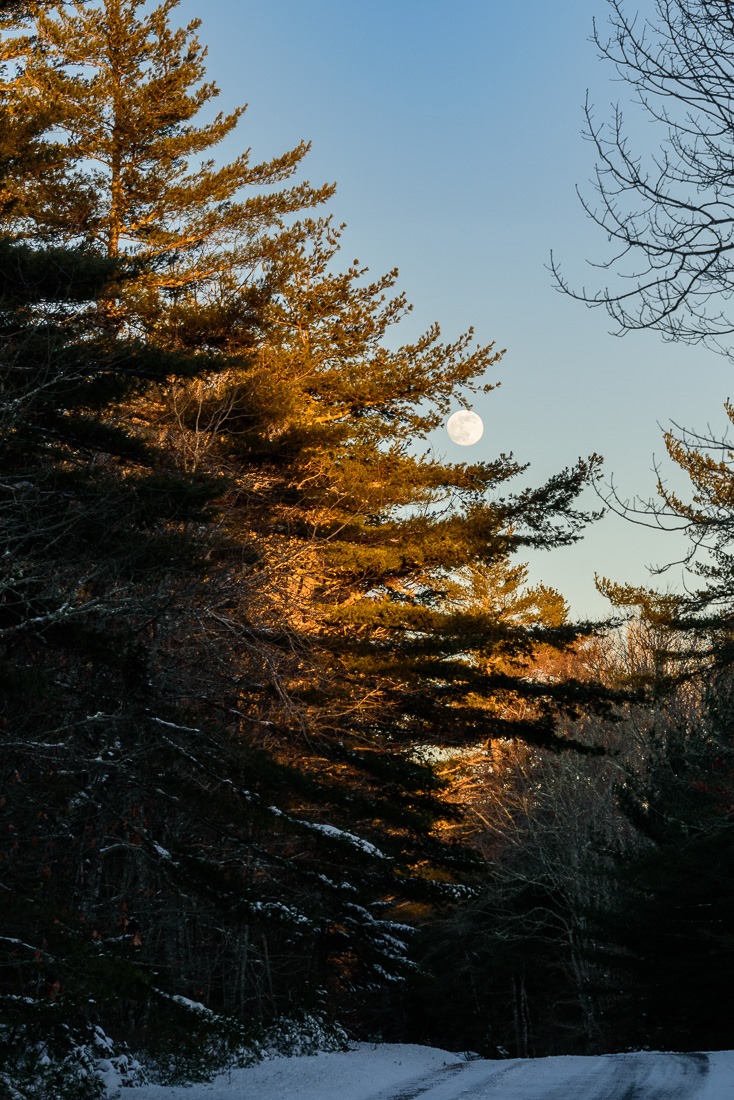 A bit further down that same road, the full moon, also known as the Wolf Moon waited for me to shoot it. I had been on this road for about one hour and a half and still had crossed nobody. Either it was a special evening to stay inside or… I don’t know. Sometimes I wonder if I should be on a certain road or not, seeing that nobody else is there. Sometimes that also tells me to go back on the same road. Sometimes that is induced by a roadblock or an abrupt ending of the road into a ravine or some other obstacle 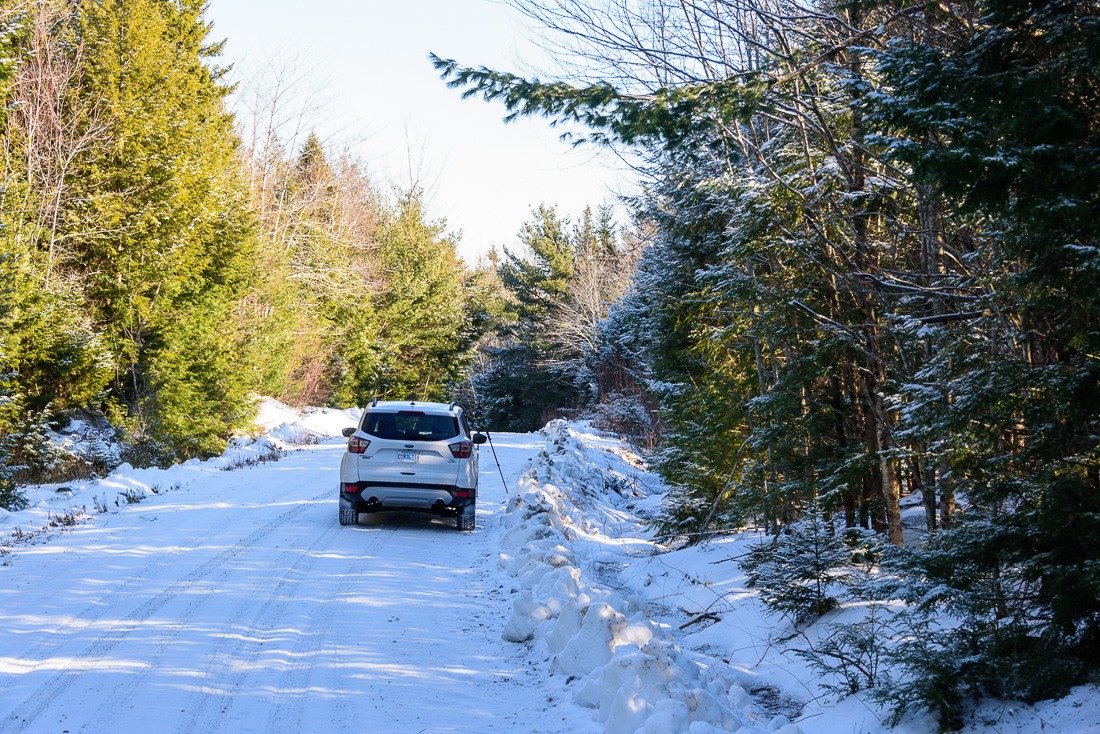 When I am on those roads where nobody else goes, parking is never an issue. Taking pictures or recording sounds is always a possibility. My tripod in this picture holds my sound recorder. No need for a tripod in these lighting conditions, eh? 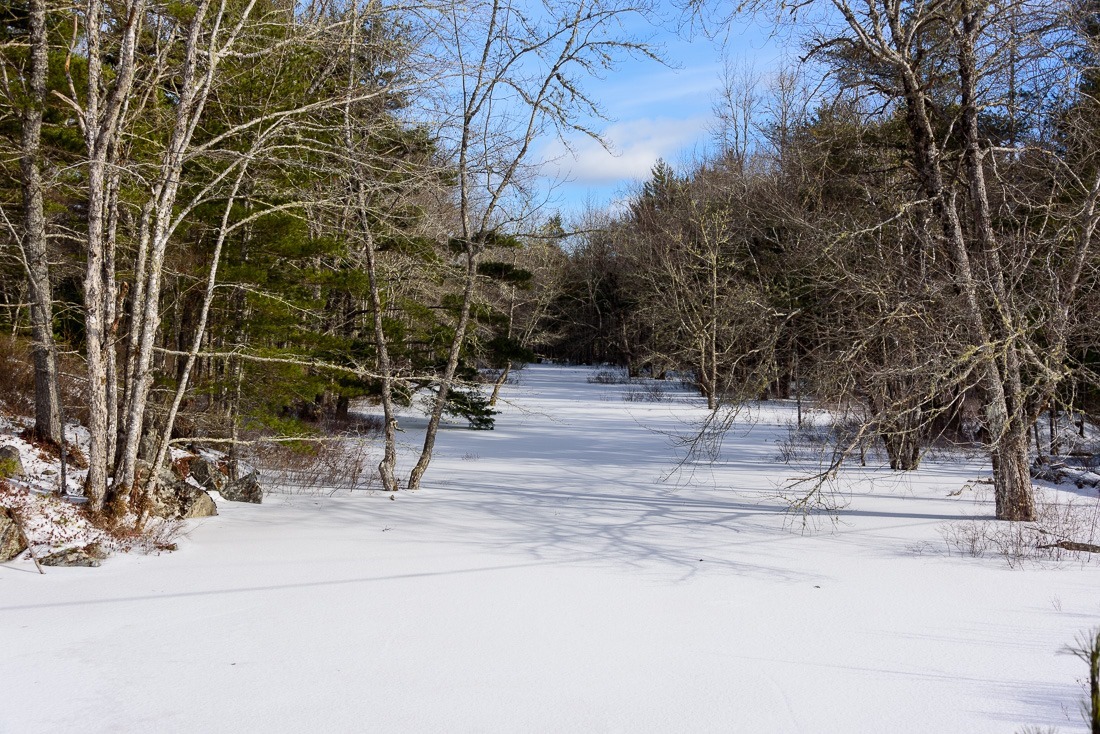 And sometimes, just sometimes, roads are not what they seem to be. The above seemingly pristine road is nothing more than a small stream, frozen over and snowed in. Not the kind I’d be taking anytime soon

Backroads are what makes a photographer click. As long as you have enough supplies and communication methods with you. In times like today, winter, snow and rain, muddy and frozen roads, having a way to get out again is crucial. Having a decent car helps. No use in getting stuck and overnighting in the middle of nowhere. In a place where nobody ever goes anyway.