Sometimes we get the feeling that we would be better off if we could just go into a bank, into the vault and take whatever we want. Ok, some *other* people will frown upon that thought and will try to persuade you of the contrary, or pick you up once back on the outside. I was lucky enough to have nobody double-crossing my plans. 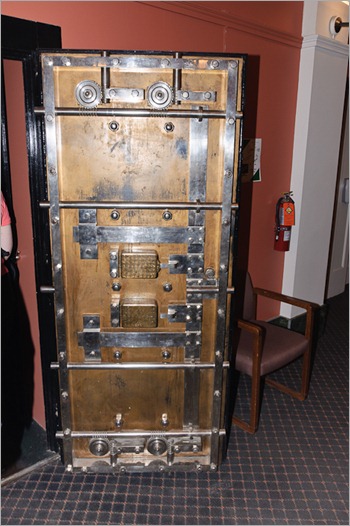 So I was looking for a building with a vault, offering me everything inside. No strings attached. First thing I found was the vault. It was open. By the looks of it, that door wouldn’t keep a 12 year old bank robber out for more than 15 minutes. But that door is also more than a hundred years old. Methods have changed since then.

You would think I was really in a bank. But no, I was in the Canada Permanent Mortgage Corporation building on Garry street in Winnipeg. All that was ever in these vaults was paperwork.

The Canada Permanent Mortgage building was built in 1909. It was built like a bank, complete with vaults and everything. It also had the director’s apartment on the top floor with a private entrance to the building. Strangely enough, the directors never occupied the apartment.

When the building was planned, only seven plans were made for it, and it lasts now for more than a hundred years. Some of these plans are now exhibited inside the vaults. 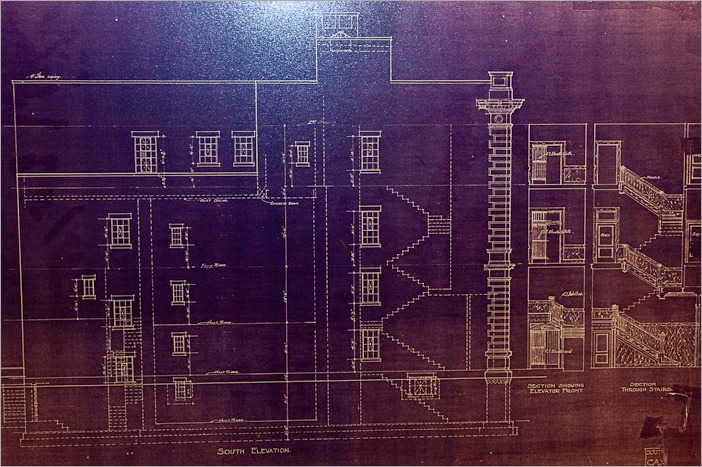 Blueprint for the building

You would guess that these plans are highly secret and well kept, but no. They are now used as decoration, the mortgage deeds are now elsewhere.

Today, the building houses the Telpay company, giving Canadians the possibility to pay their bills by phone, for a fee.

The building was made with prime quality materials, like Italian marble for the floors and columns. 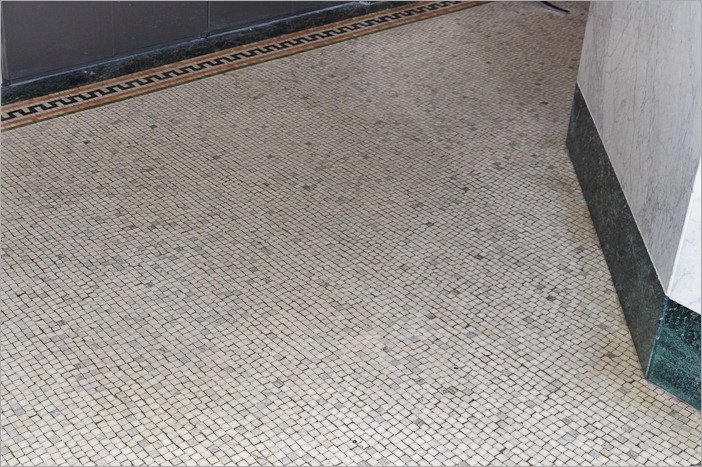 Italian marble on the floor

Even if this floor looks like my bathroom floor, (roughly constructed at the same time) this floor was entirely laid by hand, tile by tile.

The entrance is a dome, nicely decorated. Once inside, the teller’s head office is still there, with the original rounded glass. 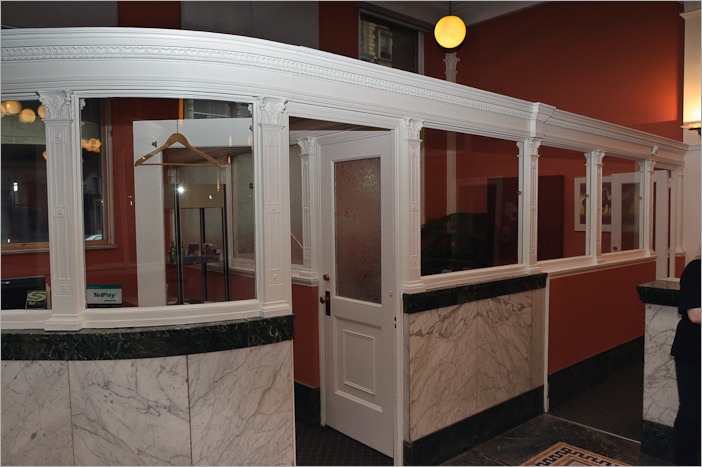 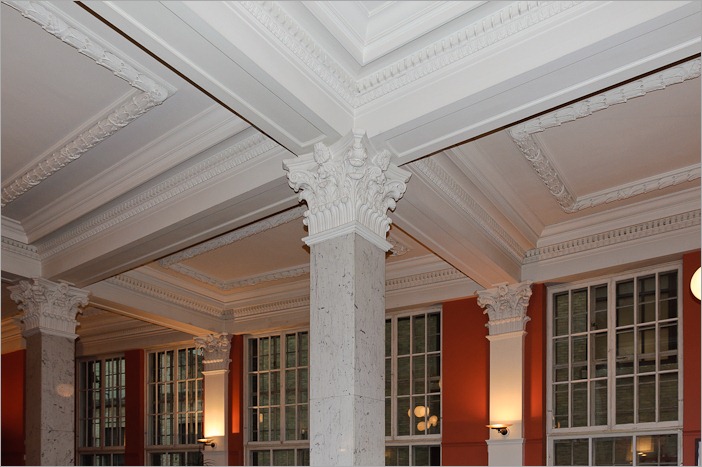 The ceiling in the Telpay building is high, very high. I came here the day I bought my new SB-600 Speedlight and promptly overestimated its capacities… The weather outside was rather gloomy and wet, leaving me with only the flash to get some light. The SB-600 does not give *that* much light.

The upper floors house the offices, also mostly kept in the original state. I guess the computers are not original, but that’s only my impression. 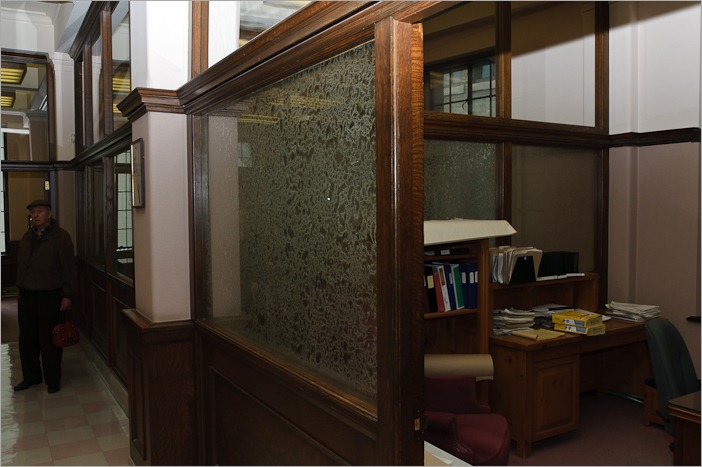 Offices in the original state

The only instrument that I found to be more or less original was this one: 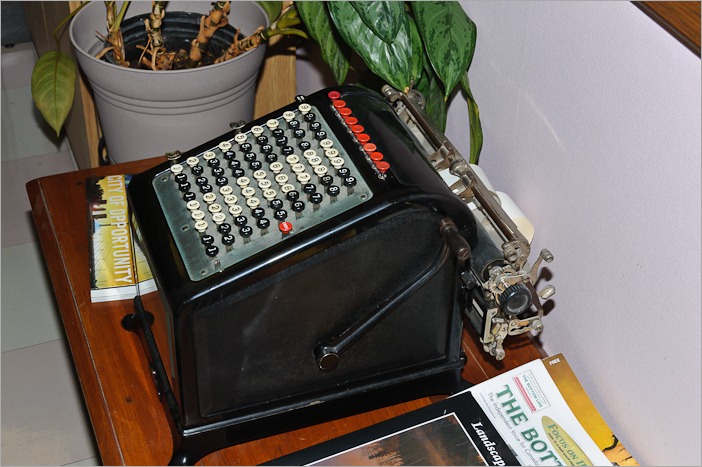 Don’t ask me how it works, this thing was already old when I wasn’t even born yet. It still looks as if it would work though. Much of the furniture is mahogany and oak, the interior windows are all original etched glass. Once, one of these windows was broken and the replacement took a very long time to arrive. Workmanship and methods have changed over the years, etched glass hasn’t been in fashion for a long time. 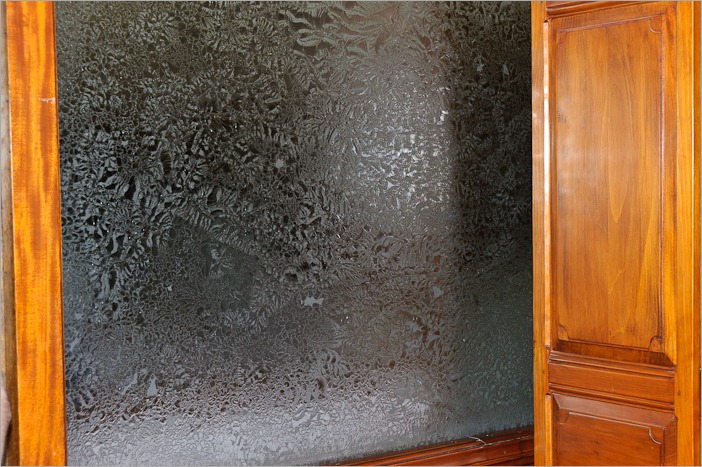 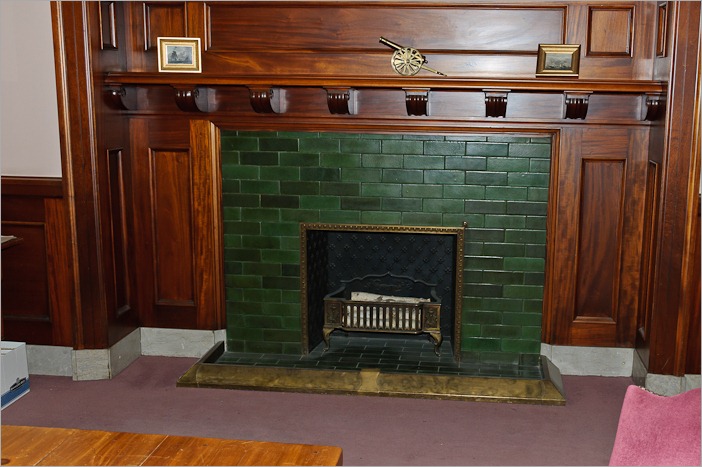 Warmth for the director

This office is currently occupied by the director of the Telpay company. I guess that tradition has to prevail in the building. The small reproductions of ships and vessels on the mantle are by Ludolf Backhuysen. Interesting enough, I was born in Holland not far from the Ludolf Bakhuizen street. It seems that this is the English version of his name.

The director’s office is on the top floor (nearly). That also means that the access should be made very easy for the visitors. The building still has a working elevator dating from 1909, made by… 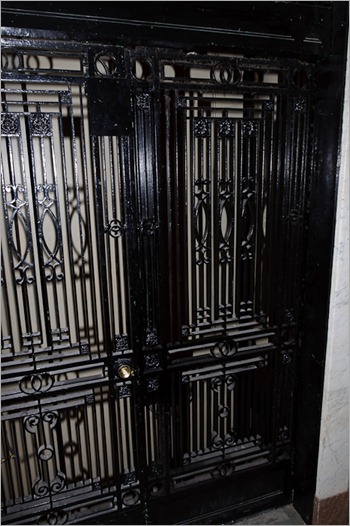 Yes, you would have guessed: Otis. 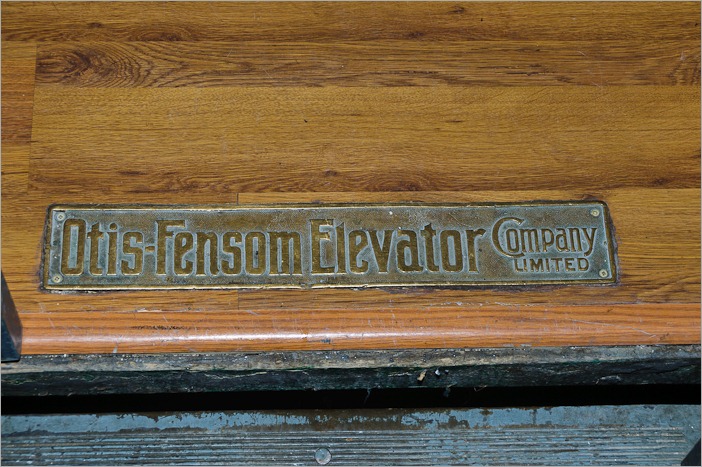 Going back downstairs over the original marble stairs we got a view of one of the original desks still in the building. Apparently oak or mahogany. Anyway the desk looked as if we could still use it today. Maybe we could have it without a computer on it as not to spoil the effect… 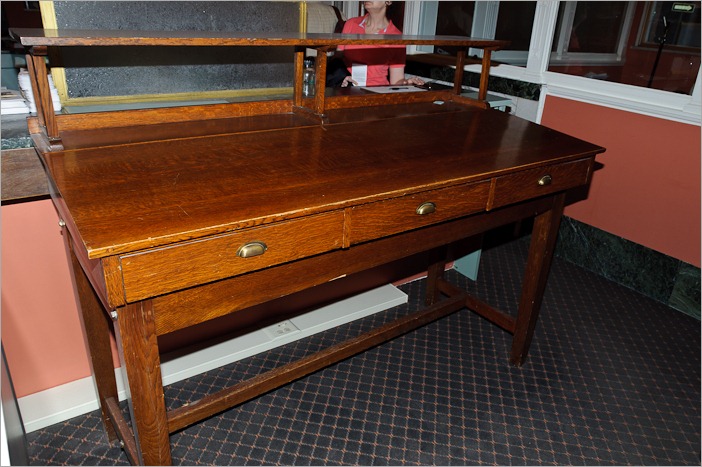 The Telpay building today still keeps lots of its original assets and charms. It was only thanks to the Winnipeg Open Doors weekend that one could visit the building. The guide gave us lots of information and was really helpful with answering questions.

Like I said, a perfectly good occasion… to visit old buildings in Winnipeg, The Open Doors weekend. The vault was open, and I could take everything I wanted inside. In my case, all I wanted was pictures, and I got them.