By this time of the year, most photographers start to rummage through their archives to find pictures that still light up their souls. Pictures with bright, sunny landscapes, full of warm colours. The photographers of the northern hemisphere brace themselves for the colourless season to come. Some will have less colour than others, though. 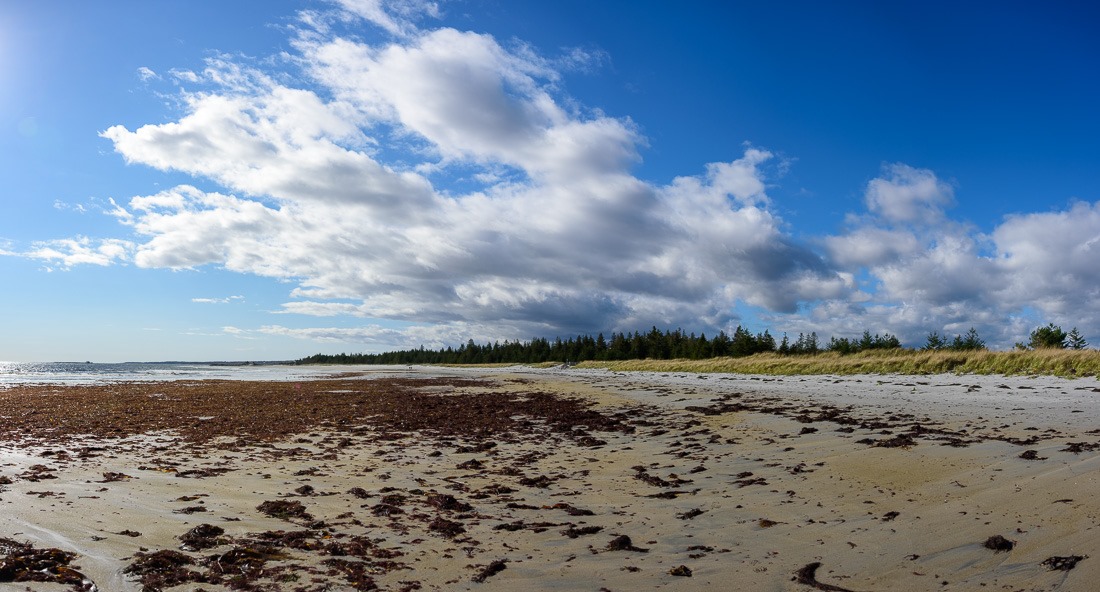 Looking back at my pictures from Manitoba, colour starts to fade away pretty fast by this time of the year. Here in Nova Scotia, not yet. Even if the vibrant fall colours seem to diminish a bit by now.

So should I cling to those summer and fall colours like none other? Probably not. While this season in Winnipeg might lend itself best to Black and White photography, over here there is still plenty of colour. 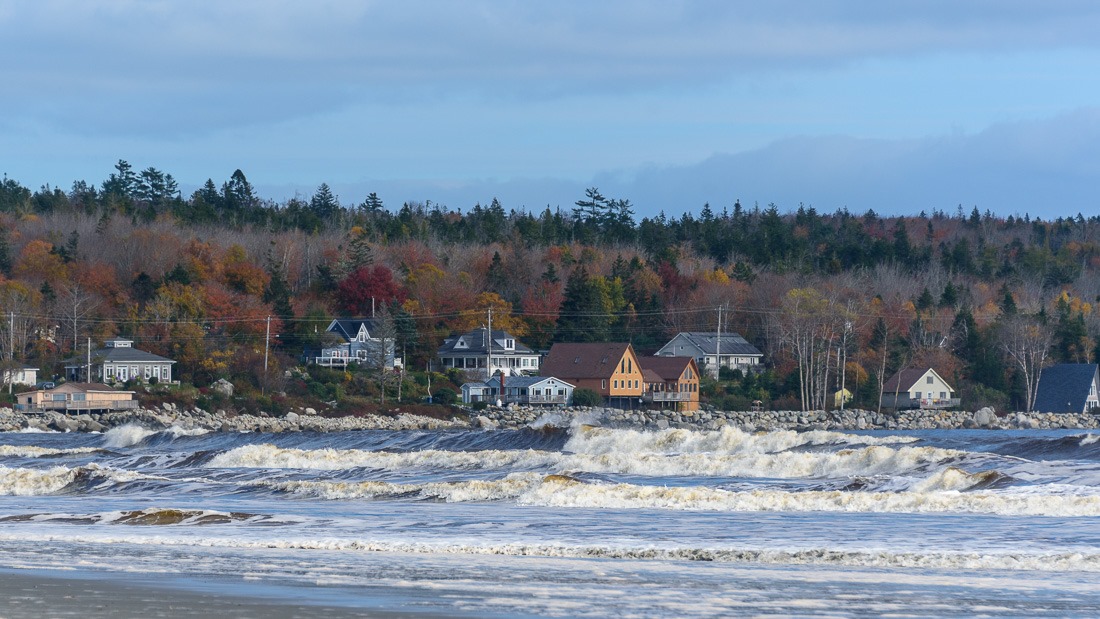 Pictures of wild(-ish) seas, crashing onto a beach or onto rocks are on the menu now. It’s true the vibrant fall colours are mostly gone, so the subjects of the pictures are changing. It would be easy for me to fall into some photographical depression and sit inside, staring at my camera, wondering when the time will come to use it again. 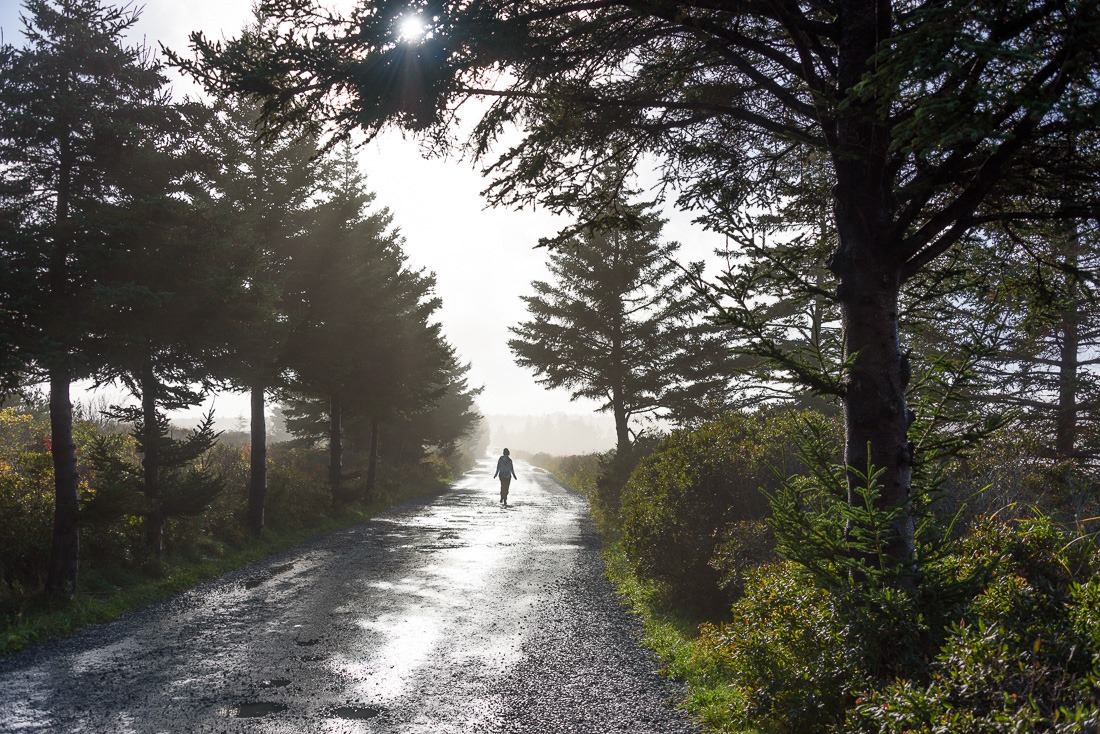 Off to the beach

But then, here is this completely new environment that has plenty to offer, if only it can be seen. So what do I do? I go out and try to see. Sometimes there are even surprises out there that can’t be seen from my home. Arriving at Summerville Beach, a mere 15km away from my place, the air was warm and misty. So misty that the end of the road disappeared into it. And all that around noon time. 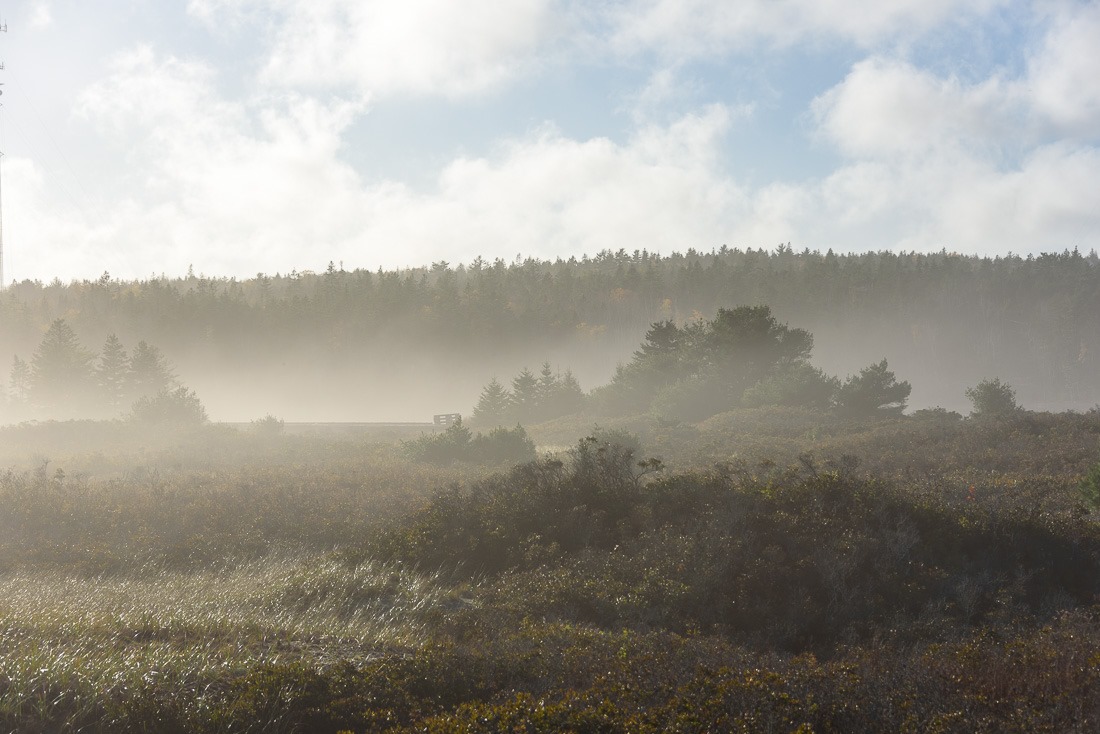 The first shots were from the road that leads to the parking lots behind the beach. This shot was simply from the boardwalk to that beach. While I was trying to “cling to colour”, the mood of the environment was so different from what I had in mind that I had to adapt quickly. 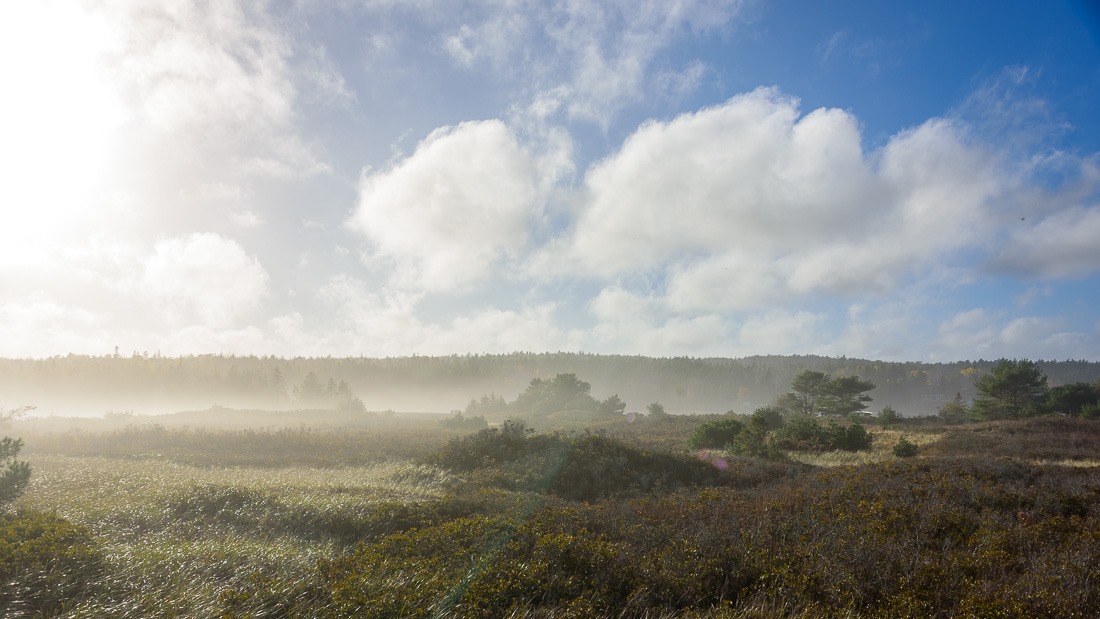 I stayed on that beach for quite some time, listening to the waves and the wind. Back in the day, I was told that the sea would energise you and make you nervous. That was perhaps only true for the eastern side of the Atlantic. This beach brought me peace of mind within lunch hour. 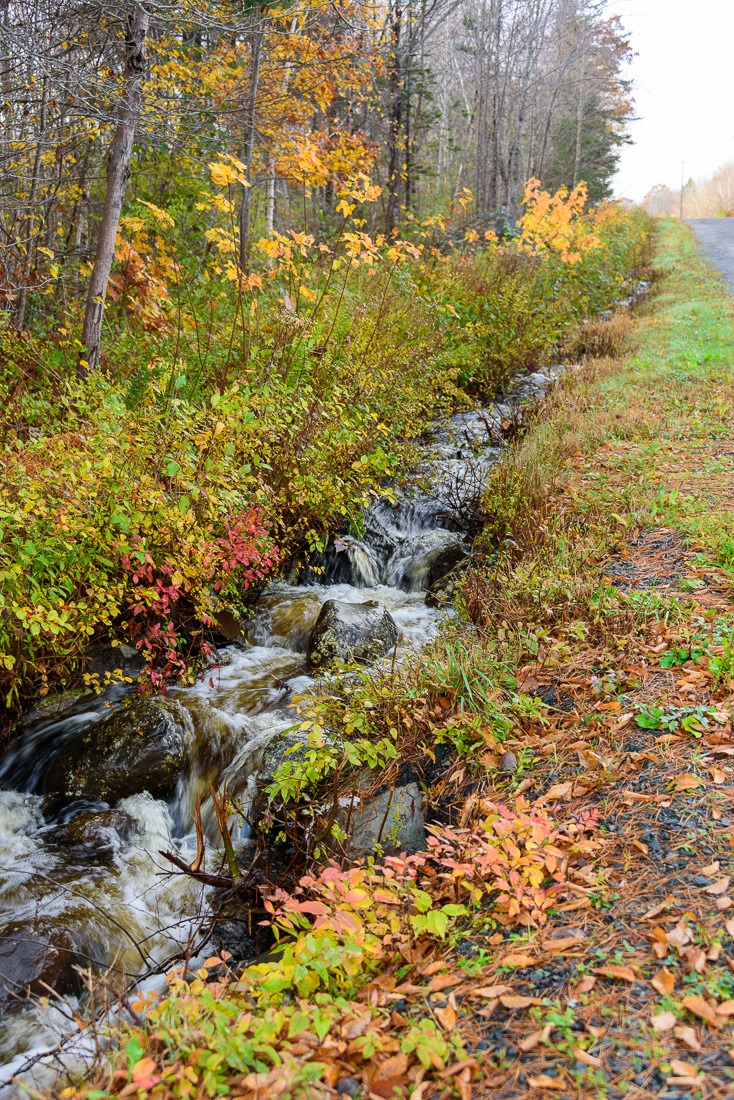 Colour around the corner of the street

The next day, I tried to get some exercise before breakfast, but didn’t want to go the same route as usual. So I ended up on the other side of the highway (there’s a bridge you can walk under…) and caught this little gem. On the top right, you can just make out the road I was walking on. This stream is in an area that is protected for water “harvesting” for drinking water. That means that pollution is (hopefully) kept to a minimum. 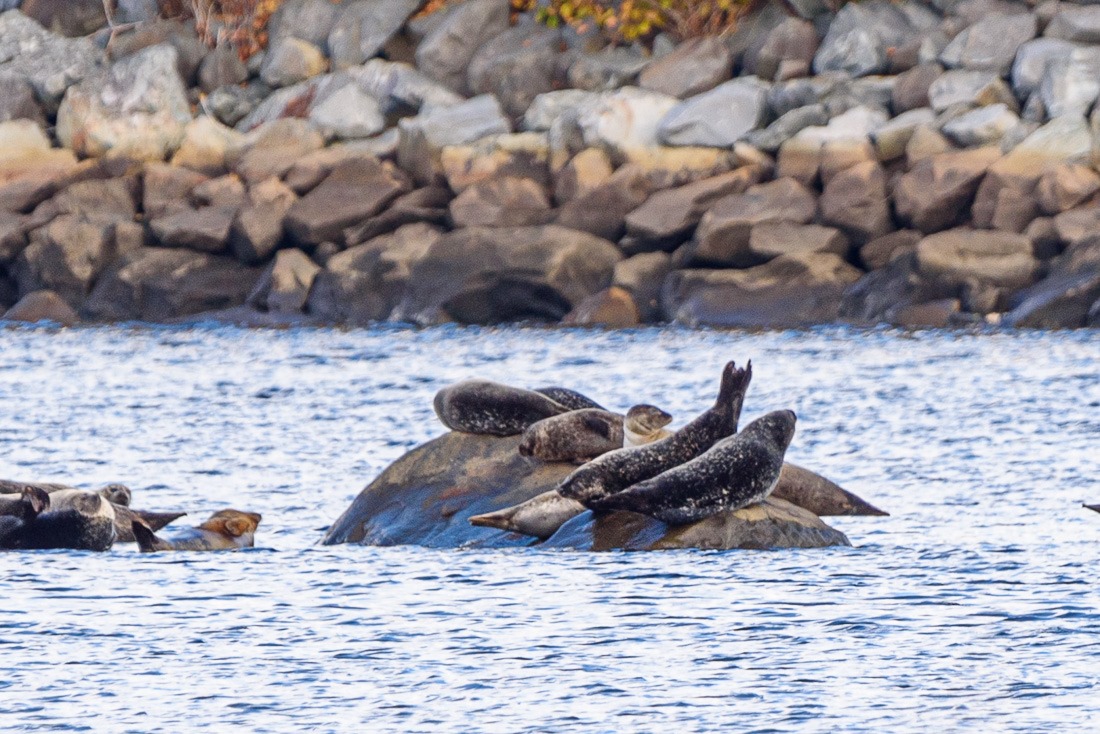 Then it was time to go home. In the river behind my house, there are a few rocks. Yet this time, the rocks seemed bigger and most of all, livelier. A quick look with my camera confirmed the lively part of the rocks. Seals! So I went in the house to get my tripod and my long lens to get a bit of a closeup of these animals. Until now, I had the impression that my neighbours were pulling my leg about those seals. I had seen none of them for weeks. So this was a first for me. 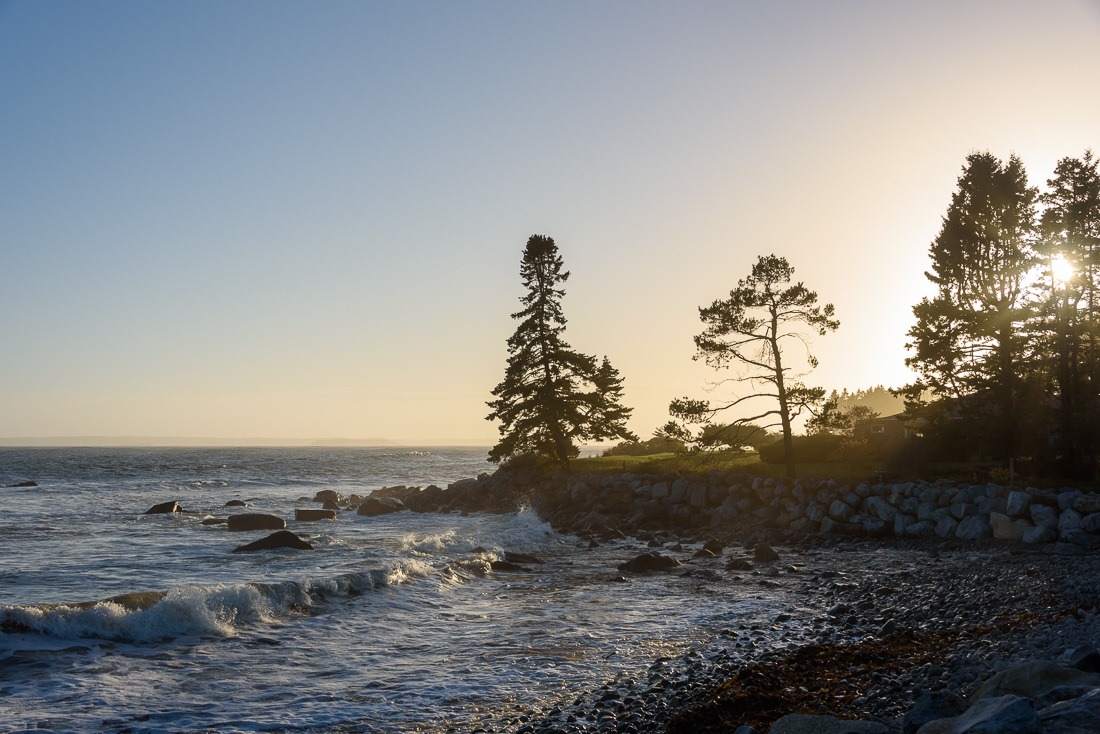 After that, it was “back to work” and the only outing was later in the afternoon, just to catch some more sunshine. I ended up on a beach that had not only a nice view, but an amazing soundscape as well, with waves crashing on the rocky beach. More on that in my audio blog soon. 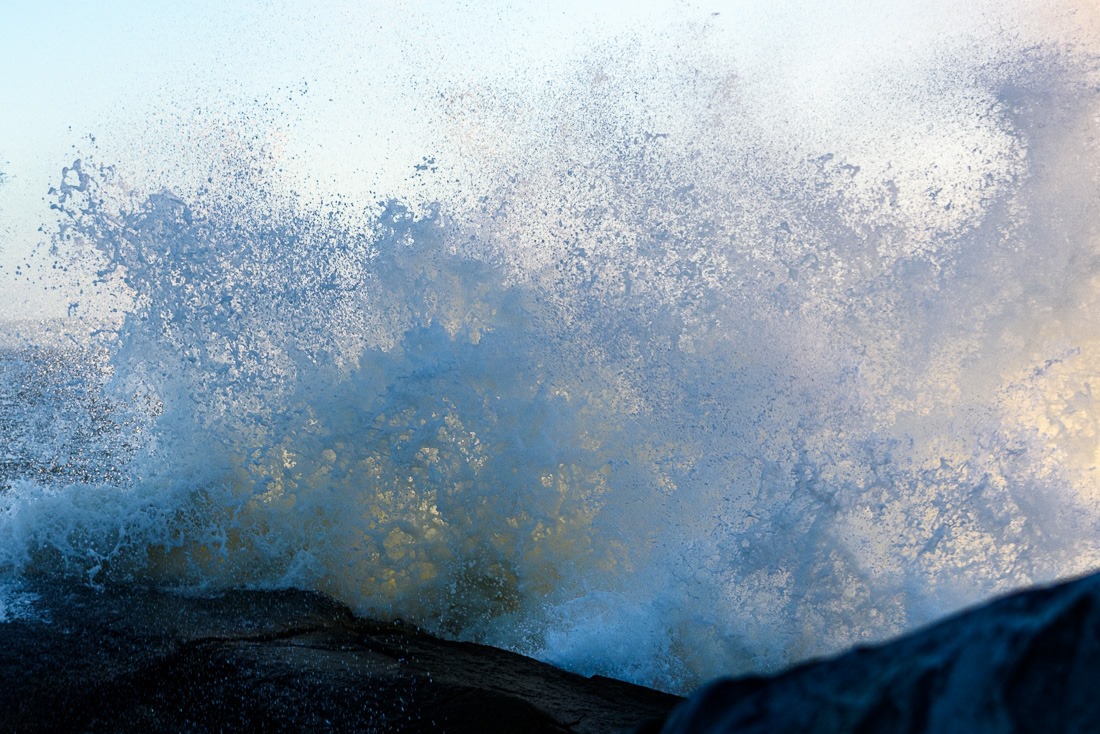 Then my eye noticed some movement, not too far away. Huge waves crashing onto rocks… So that is the last picture of this post. A wave exploding on a rock.

Desperately clinging to colour? Nah, there will be way more to shoot in the coming months, even if it’s “only” fishing boats leaving for lobster fishing. Mmmm, lobster. Now there’s a thought!