In troubled times, one must be very careful with one’s opinions. That is a well-known fact. Even today, discussions can heat up between adherents of the NDP and the Conservative Party, between Democrats and Republicans or, to remain in the photo sphere, between fans of Nikon and Canon. 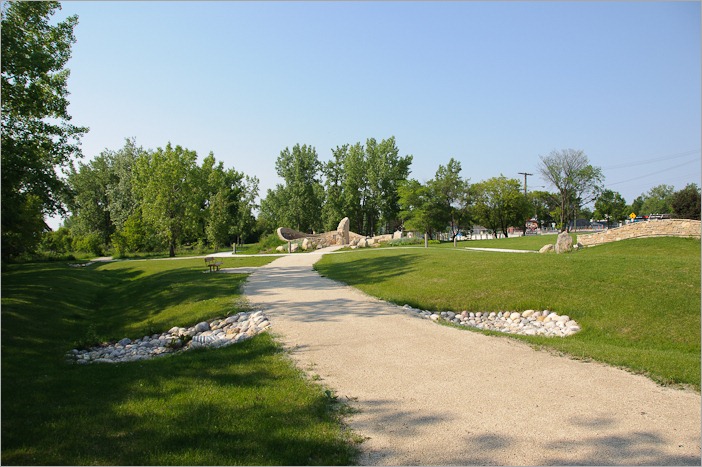 However, in the founding times of a country expressing one’s opinion is infinitely more dangerous than choosing between one camera brand or  another. Today, Canada is one of the most stable countries in the world, but 140 years ago, that was really different.

One hundred and forty years ago, Canada did not look like what it looks like today. It was a place where your opinion about anything could mean your life or death.

Elzéar Goulet, son of a prominent Red River family was born in 1836. When he was young, he moved to Pembina, now North Dakota, USA. He became a courier between Pembina and the Red River Colony. To be a courier meant to be respected by everyone, you meet lots of people and nowhere should there be trouble to pass with the mail, even in times of difficulty. With his quiet character Goulet really fit the bill. 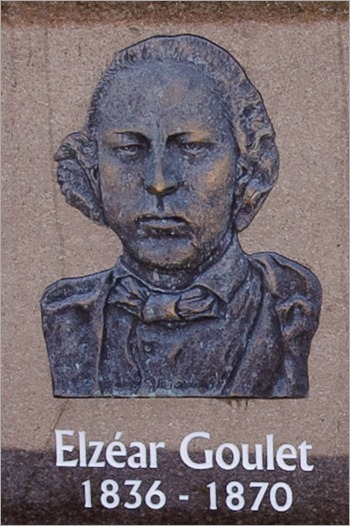 In 1870, Canada was not as big then as it is today, it didn’t stretch farther than Ontario, and the province of Manitoba didn’t even exist. This was the time that Louis Riel played his role in Canada’s history. He is considered by many to be the “father of the province of Manitoba”. He was, like Goulet, a French speaking Métis. He forced the Canadian government in Ottawa to respect the Métis before letting the province be incorporated in the Canadian territory. This was not appreciated by the Canadian government of that time. 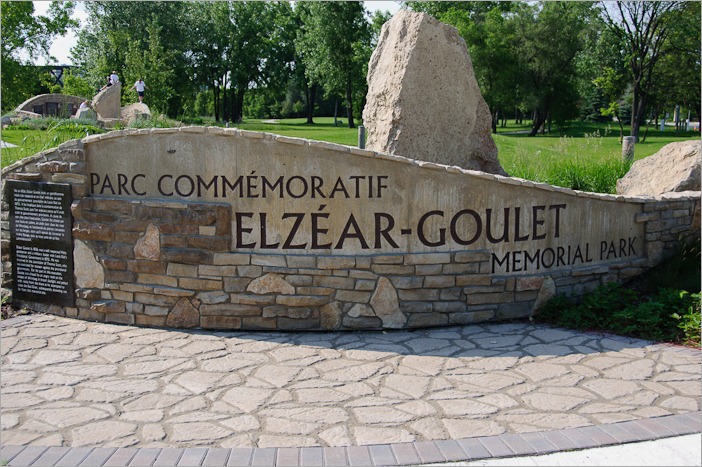 In any way you look at it, Louis Riel made sure that the rights of the Métis were respected. Goulet was only a courier. A courier who, being a Métis himself, had obviously chosen the side of Riel and his government.

In 1869 a certain Thomas Scott an Irish born Canadian from Ontario was misbehaving himself (again) and landed in jail. The Red River Colony’s jail, held by Riel and his provisional government. Scott did not feel that he should have been imprisoned and after a few days he succeeded to escape. Once he arrived in Portage la Prairie, he organised the escape of the other prisoners from the Red River Colony Jail. 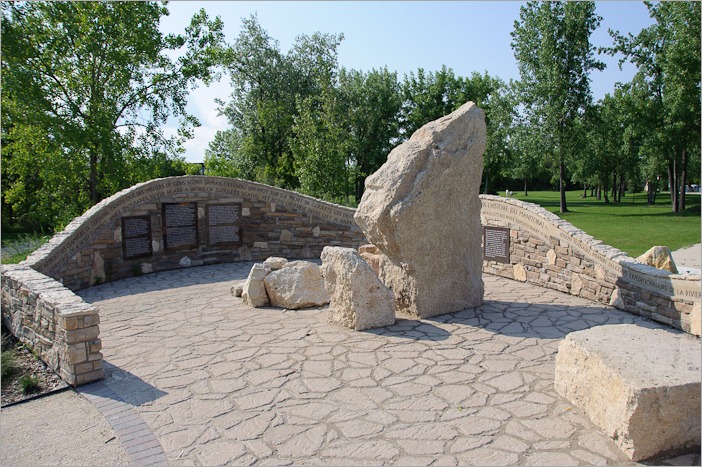 Waves of stone, remembering the waves of the river bringing back the body of Goulet

Twelve prisoners got out but Scott was caught and was imprisoned again, accused of treason.

By then he got his trial and was found guilty of treason against the provisional government and sentenced to death. Elzéar Goulet was made part of the Court Martial that sentenced Scott. A terrible decision.

Scott was executed by the Métis firing squad on March 4th, 1870. Obviously this was not to the liking of the Canadians from Ontario and people were grumbling.

A few months later, in September 1870, Goulet was recognised by a former prisoner, freed by Scott in the Red River Colony (now Winnipeg). He was chased through the streets in broad daylight and had he not run away, would have been killed in the street.

In a short time, there were many people running after him. To save himself, he jumped in the Red River and tried to swim to St Boniface, a mere 300 meters away, although upstream. The mob only got angrier and started throwing stones at Goulet in the water.

One of the stones hit his head. Goulet lost conscience and subsequently drowned. When his body was recovered from the water, the mark of the stone that had killed him was clearly visible. Goulet was buried in the family grave at St Boniface.

An investigation concerning the death of Goulet was started and revealed the principal perpetrators. However they were never charged, possibly for fear of more troubles of the same kind. After all, the situation was very strained here in Winnipeg in 1870.

To remember this tragic fact in Canada’s history, a Memorial Park has been created at the very same spot where Goulet drowned 140 years ago on September 13th. 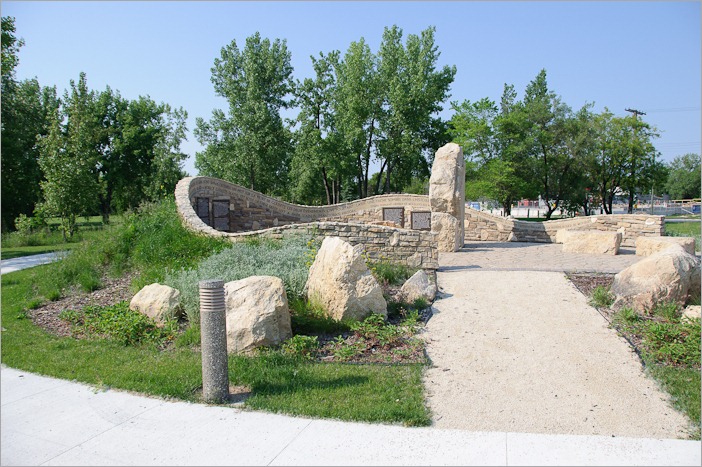 It seems that expressing your opinions in times and places of trouble today is still as dangerous as it was 140 years ago. Goulet didn’t deserve to be killed like this, but who does? Thomas Scott’s opinions were exactly the opposite from Riel’s. But he was not in his own territory to be able to voice his opinion.

Once the troubled times are over, both sides counted their heroes and victims. Long after, often enough the tales change and criminals become heroes, heroes become criminals. Where is the truth? Hindsight is always 20/20. Today, Riel’s decision to execute Scott is also questionable.

Now, Winnipeg has the Goulet memorial park as well as the Scott street…

Most of the text in this blog was taken from the plaques in the park, some from other sources on the internet like the Manitoba Historical Society.

The Goulet Memorial Park is a pleasant and quiet place, full of plaques where the history of Goulet is told. Obviously in French first, then in English. You can think about that truth then and there. Place enough to sit.