When a government allows itself to restrict your movements, short trips are all you can get. Luckily I now live in a place with beauty very close by. Barely out of town, the vistas open up. It may not be to the liking of any government to move more than a few kilometers away from home, but hey, with no symptoms of anything, nobody getting sick in my surroundings, I can fairly safely say that I don’t carry this particular virus. 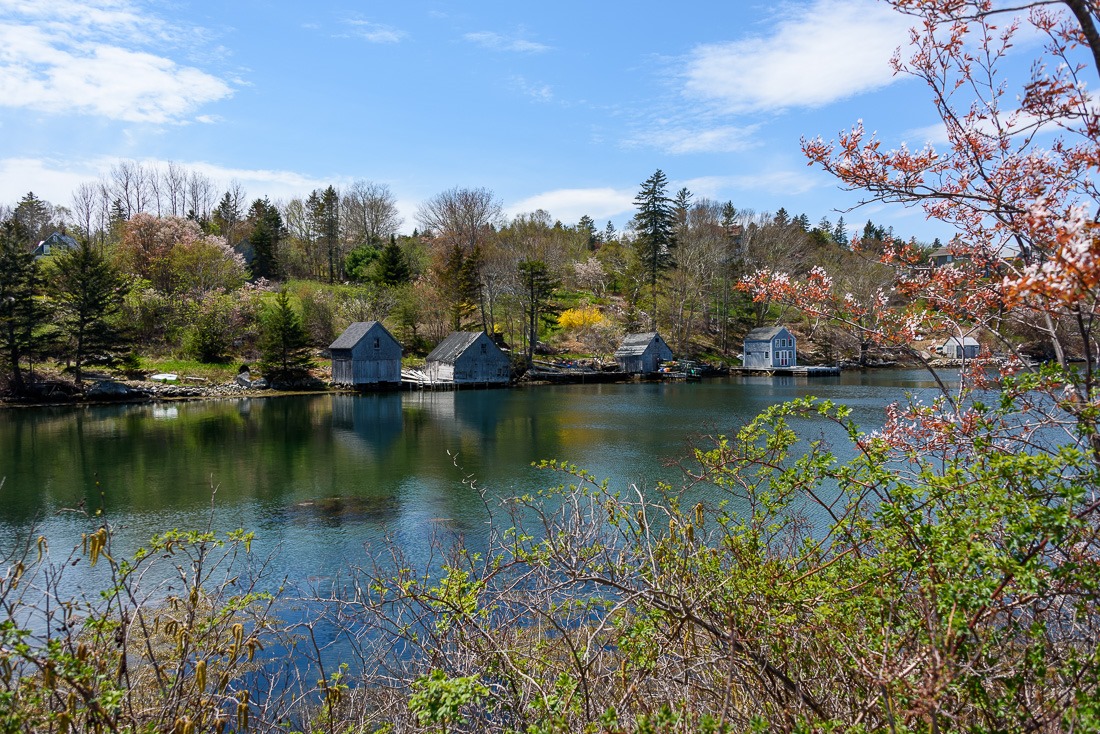 Driving around in a car, getting out in an open space and staying away from anyone who wants to approach, the risk of catching anything but a headache from my ranting is nil to anyone.

Yet, restrictions are in place to even curb that non-risk. I guess other people are not as “scrupulous” about their movements and their contacts. Time and again we see whole provinces or countries locked down because of a “few” that have no respect for others. I guess it’s a sign of the times. Since I wasn’t raised like that, this is particularly insulting to me, both from the unscrupulous people as from those that want to lock us up. But I can’t do anything to alleviate my symptoms without the risk of being branded as […]. 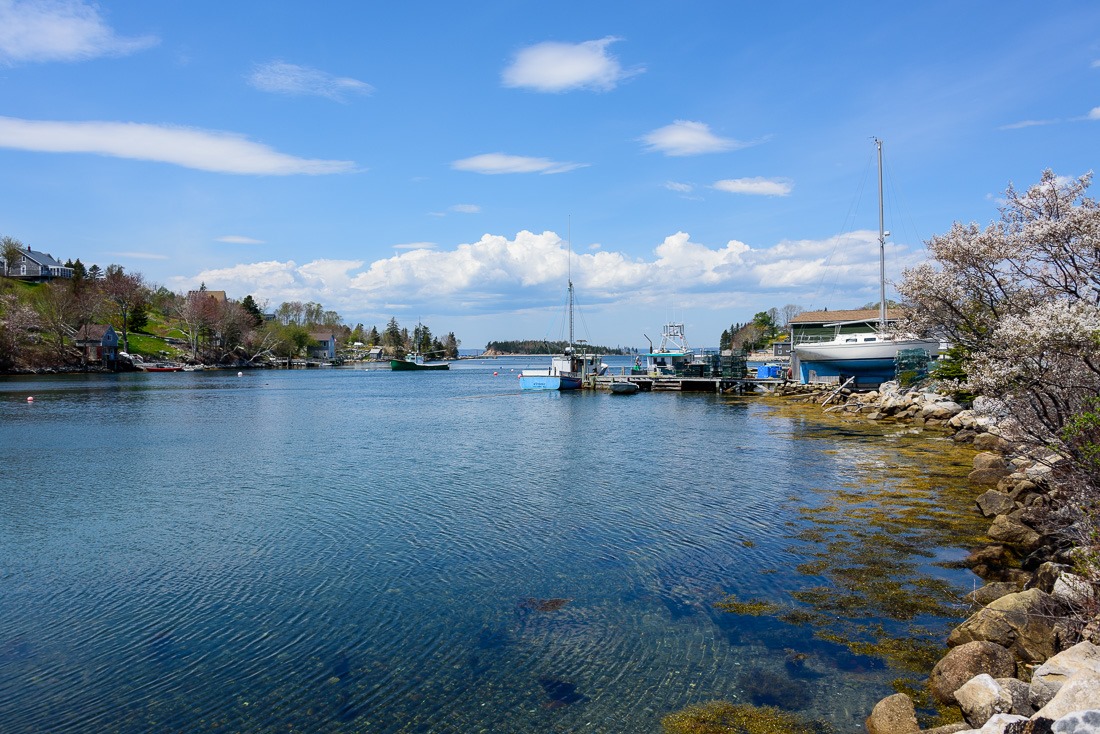 Quietness of a Sunday morning

No, better to go out, get a good mood from the surroundings devoid of people. There must be a positive side to all this madness. Oh, wait. Being positive is also not good. I guess I can’t win. In the mean time, I left on a small trip, mostly within the allowed limits of travel. At the risk of showing myself outside of this limit, there is a way to find out where a picture was taken on the internet. 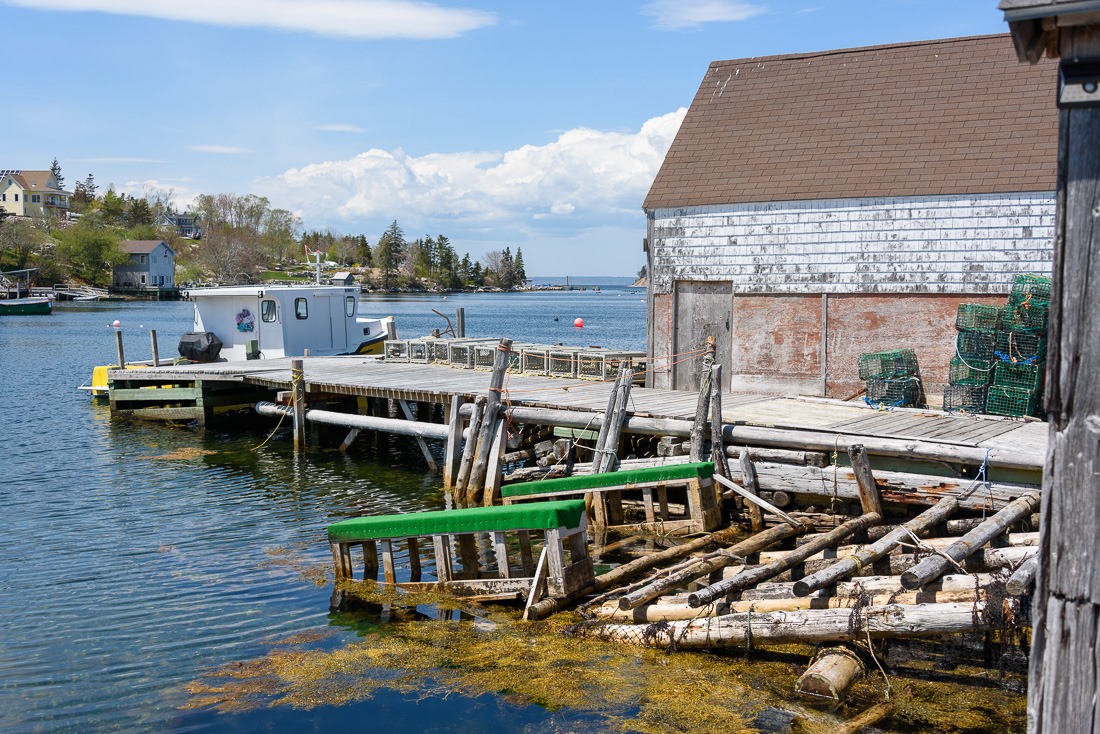 Every picture that comes from a cellphone or has been geotagged, like most of my own pictures, has this info inside the picture file in the so-called EXIF information. A browser like Chrome or Brave will allow a plugin that can display this for you. That plugin is here: https://chrome.google.com/webstore/detail/exif-viewer-classic/nafpfdcmppffipmhcpkbplhkoiekndck . Yeah, the address is miserable, but I guess Google has its reasons for that. If you install this plugin, activate it and refresh this page, you can see the EXIF info embedded in the picture as an overlay on the picture. 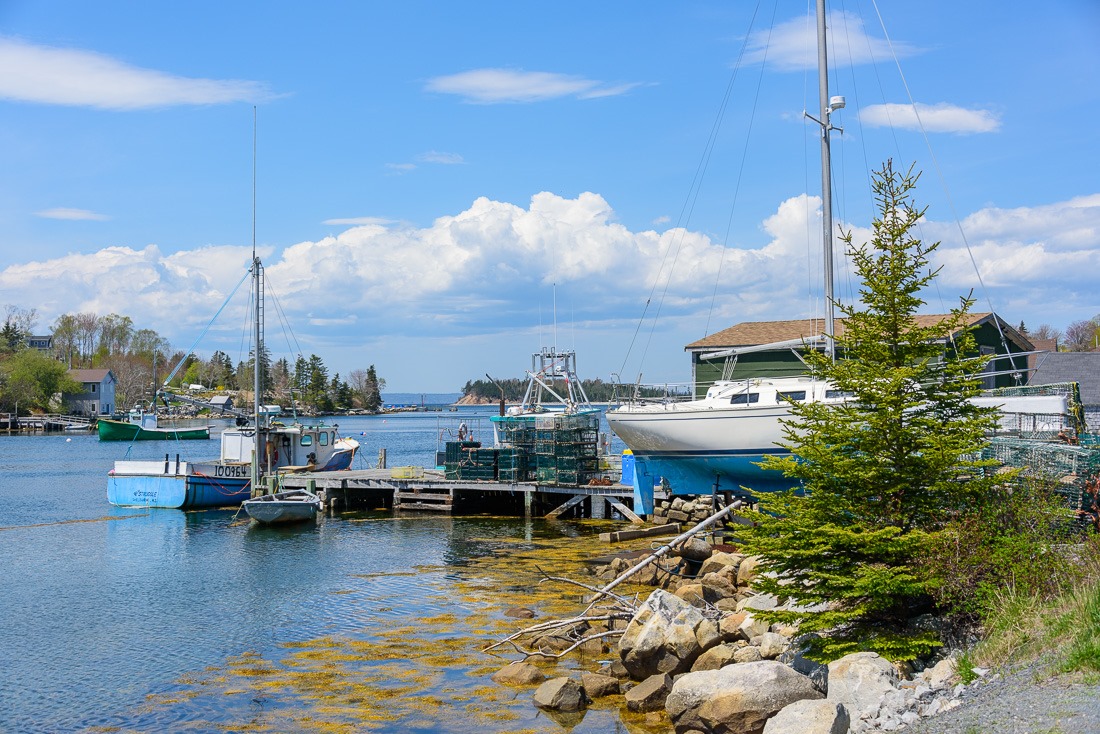 Resting at the dock

In many cases, this includes location data. All the more reason for a Facebook to strip that valuable information for “privacy reasons”

. The location data tag can be clicked and a Google Maps will open with the location where the GPS unit was at that exact moment. It has happened to me that all pictures of the day were taken “in my home”, only to discover later that the GPS unit was on my desk while I was snapping away bird and beach pictures… 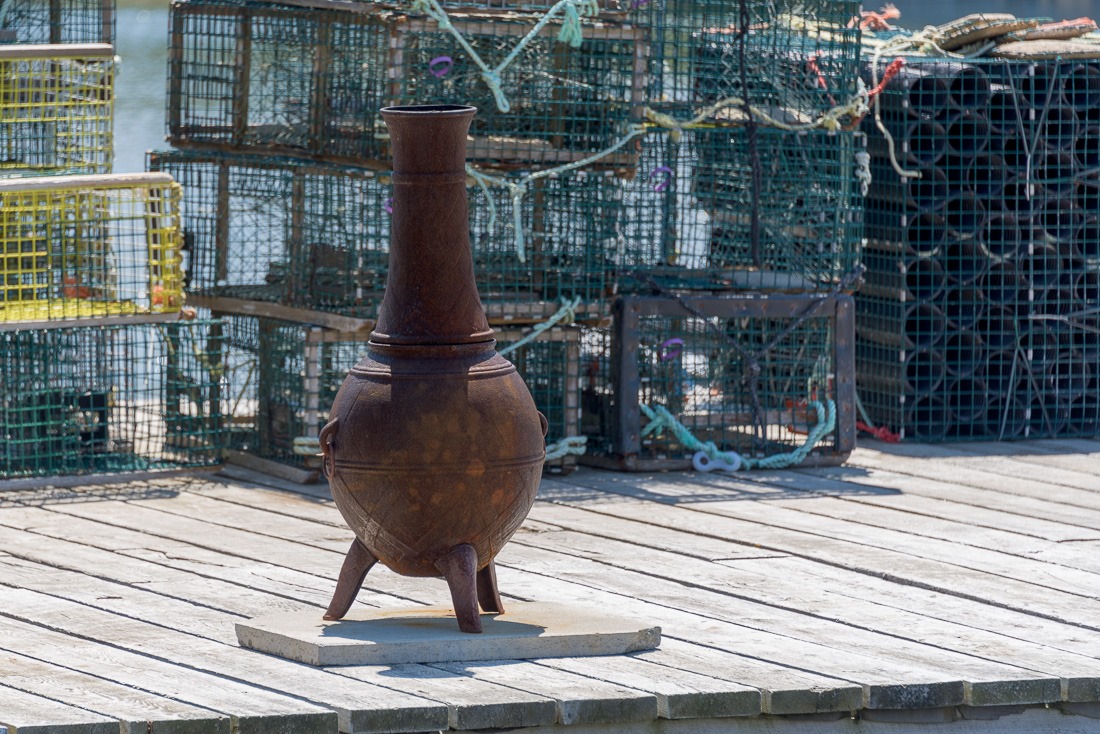 No idea what this is

Nova Scotia is an amazing province with so many nooks and crannies that is is almost impossible to come home without having taken a single picture. Unless the trip is to Costco… And even there I see many people snapping shots of stuff and price tags. I guess it’s all about where your interests lie

. I have no idea what the above object is, I suspect it being a smoker of some kind. Or perhaps part of a still, I don’t know. Google comes up empty handed. 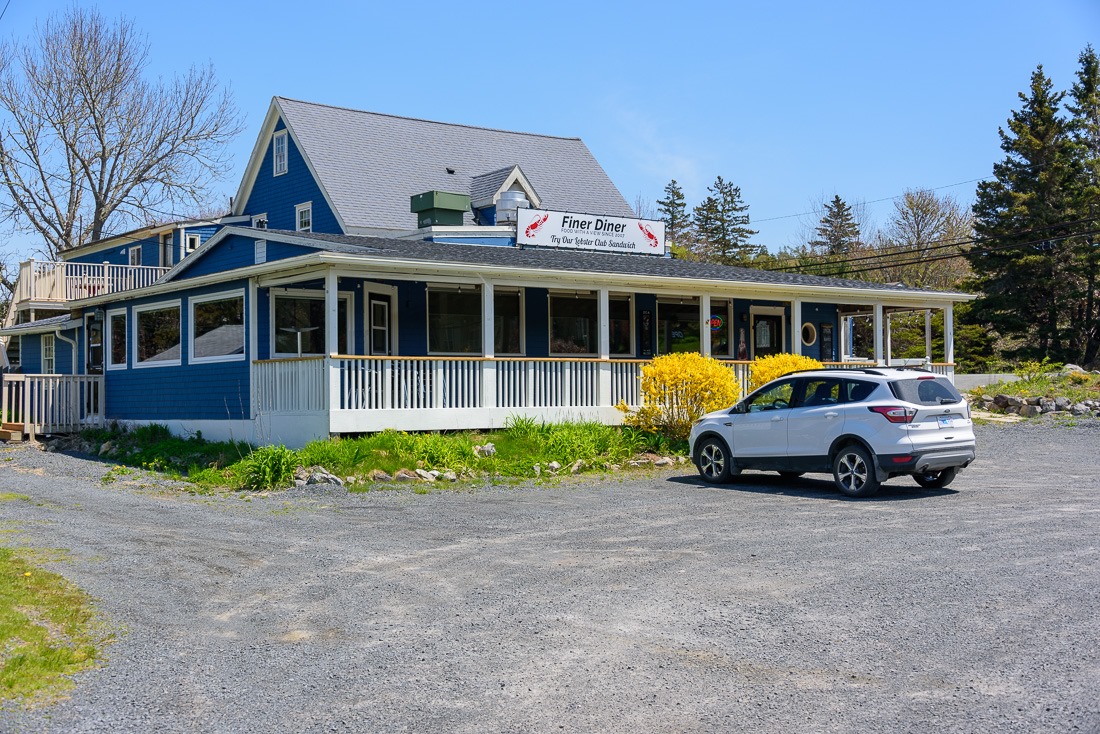 Once I had a handful (read: several dozens) of pictures in this small spot, it was time for a little lobster sandwich. Armed with a credit card and masked to the teeth, the sandwich was ordered. It was amazing. If you are ever in this area (look up that GPS info!) I recommend that place.

As a general subject, I like to ask “How is business?”, but in these times I usually don’t. And when I did ask the owner of this establishment, the answer was disheartening. This place is open because it is his own place. One or two sandwiches a day since the restrictions set in last year. Business was non-existent.

Once the sandwich was gone, so was I. Off to an iconic place. It was said that rain would start in a little bit, and it was easy to confirm that. Peggy’s Cove today is under construction, thanks to the pandemic restrictions. The restaurant closed its doors, so a new roadway is put in for the upcoming tourist season. Whenever that may be, they will be ready. 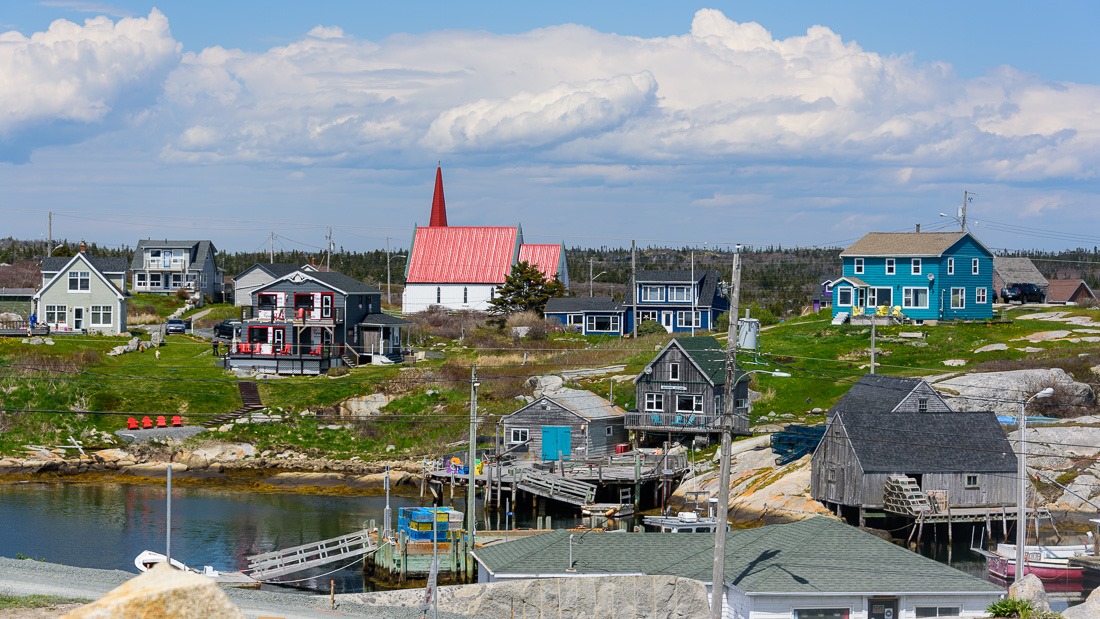 Peggy’s Cove is as beautiful as ever, but right now you have to select your frame. Construction is everywhere, it’s a “job” to avoid shooting the works. Legwork and zoom lenses are a must right now. The character of the place is still the same, fishermen still live in the village and everything is active, apart from the shops and restaurants. At least photographers can get some good shots without too many people in them. 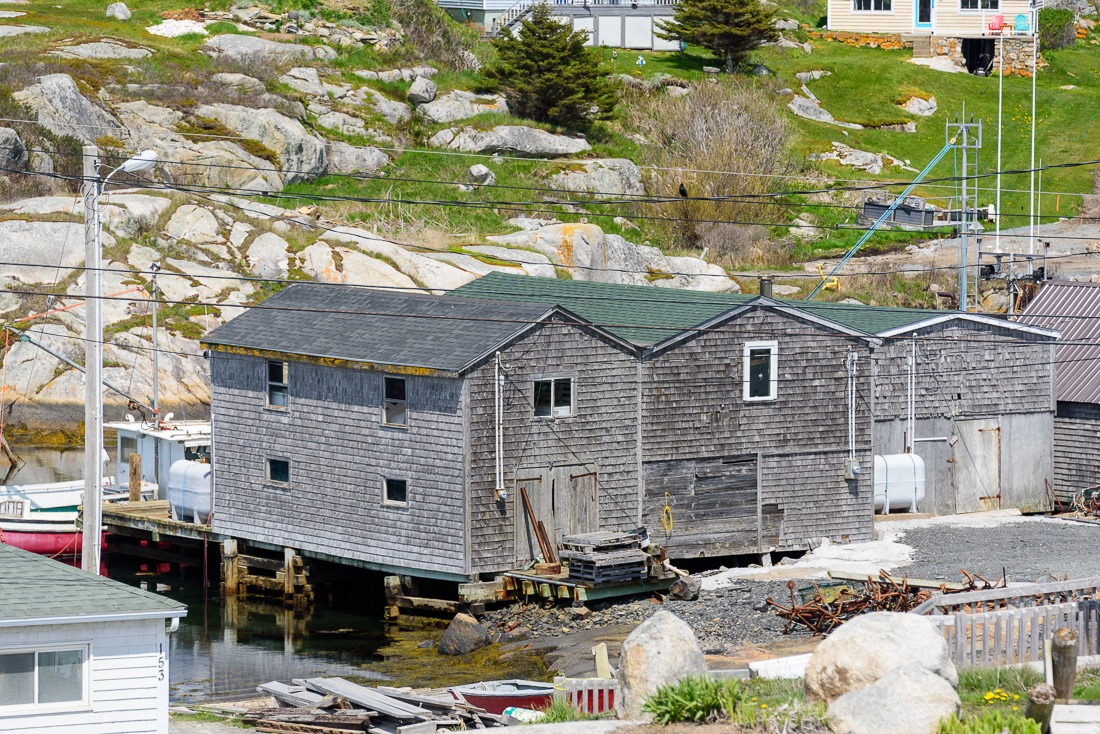 It’s hard for me to sing the praises of an environment without complaining about the restrictions laid upon us. I understand that they may be necessary, but apart from talking (masked and from a distance) to the owner of the Finer Diner above, I had no contact with anyone. It’s even harder when you know there is so much to photograph and you are told to stay home.

I guess I will try to slip through the cracks.