Cooped up for the sake of a possible infection. Once arrived in Nova Scotia, it was time for a period of self-isolation.  Our apartment is big enough to avoid cabin fever, so at least that risk was avoided. It was empty for the whole 14 days, echoes and reverb in every room. 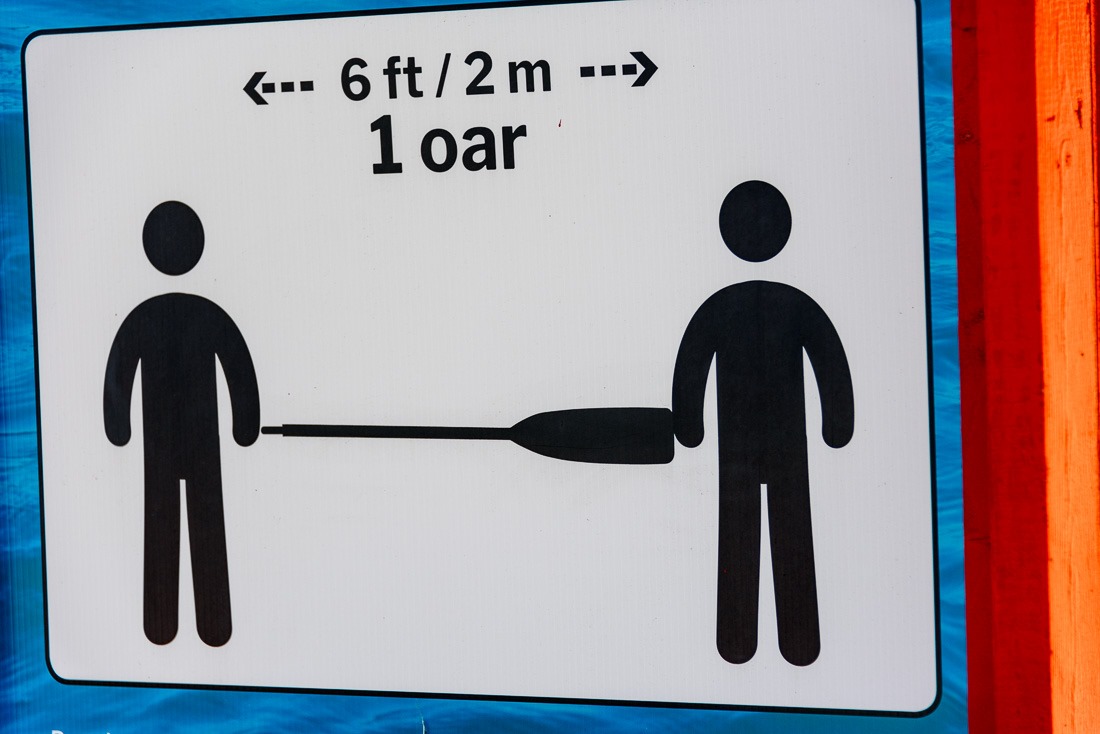 The chair I had designated as my interim office chair had decided to break mere hours before being packed in the car before departure. As a result, I had to work with my computer on a folding picnic table, sitting on a plastic cooler that was not appreciating my weight.

But who is complaining, right? Nova Scotia is a beautiful province, plenty of things to see and do. On top of that, plenty of seafood everywhere. Right. Apart from the fact that we needed to stay inside, talk to nobody and infect nobody. Food and grocery deliveries were the only way to get through this. Masks at hand on face. Yet every trial has its end and so did these 14 days. No pictures, recordings or posts of any kind, as there was nothing to talk about. Funny that even Facebook had become superfluous. A friend of ours told us that with this isolation, freedom would be better appreciated. Yeah, right. 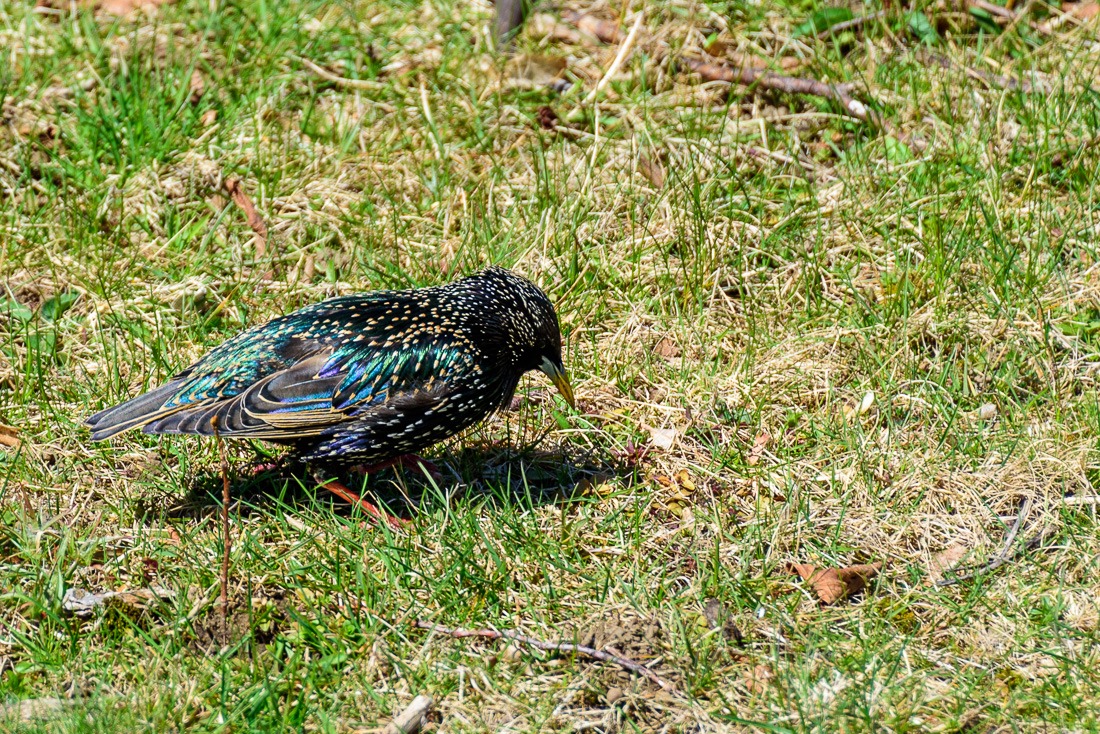 Then came the first day of “freedom”. Day 15. The first thing I shot was this little Starling, brilliant in the sunshine. In the right light, they shine with stars on all their feather tips. Otherwise they look dark and brooding like a crow. They are considered an invasive species, but so are humans and plenty of other species on this earth. Who’s going to blame them? 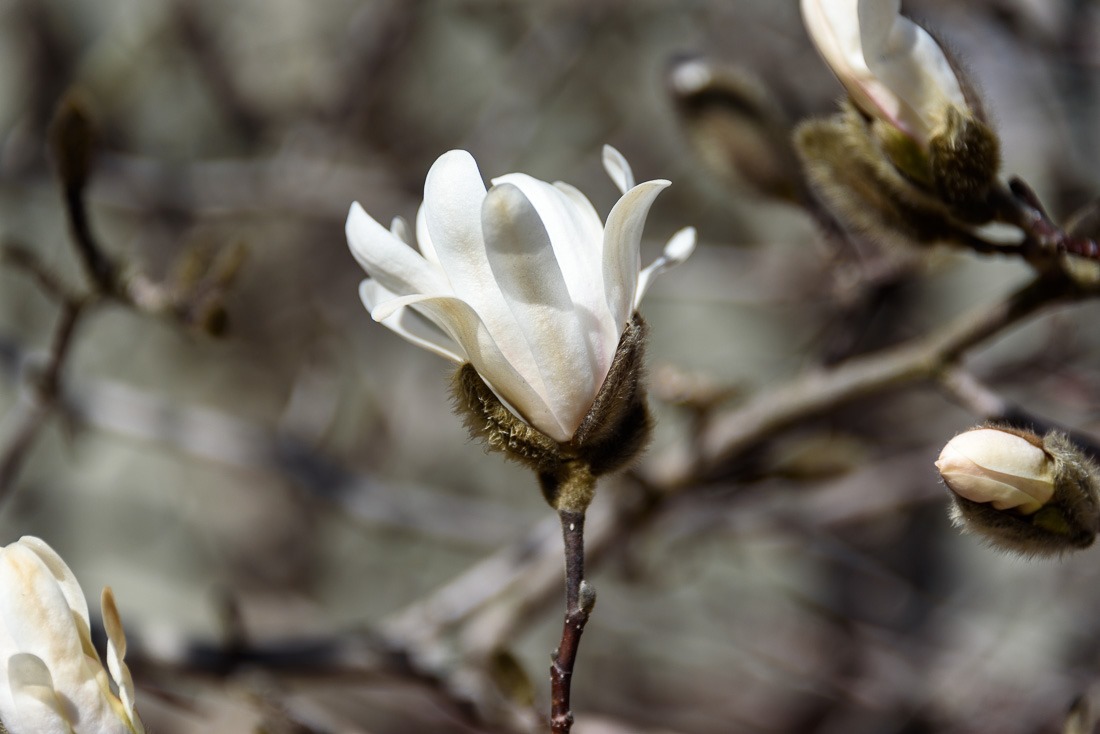 Another first of the year find was this still very young Magnolia. A tree that blossoms before even putting out its leaves. In Holland this type of flowering/blossoming trees and bushes are called “Naked bloomers”. Some people are the same… 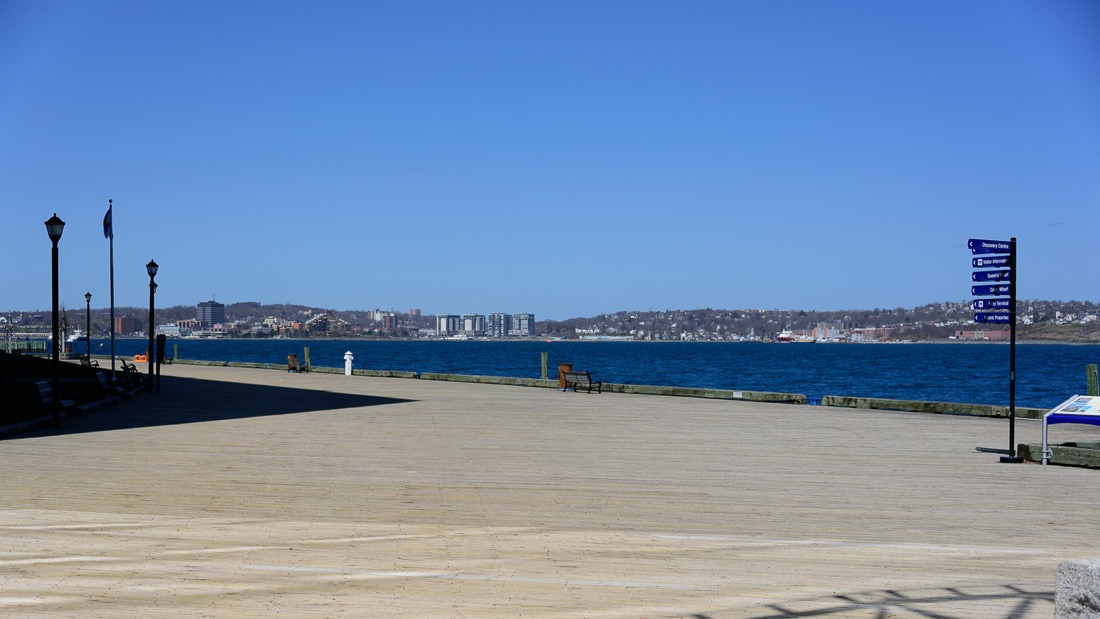 South end of the boardwalk

Yet the first target of my walk was the famous “boardwalk”. A few blocks away from the apartment, and voila! The most famous attraction of Halifax to the world. Today, nothing much was open yet, preparations for the upcoming season are in full swing. Including a big expansion of the said boardwalk. Pile-drivers are at work in certain sections and lots of milling and activity to get things ready. 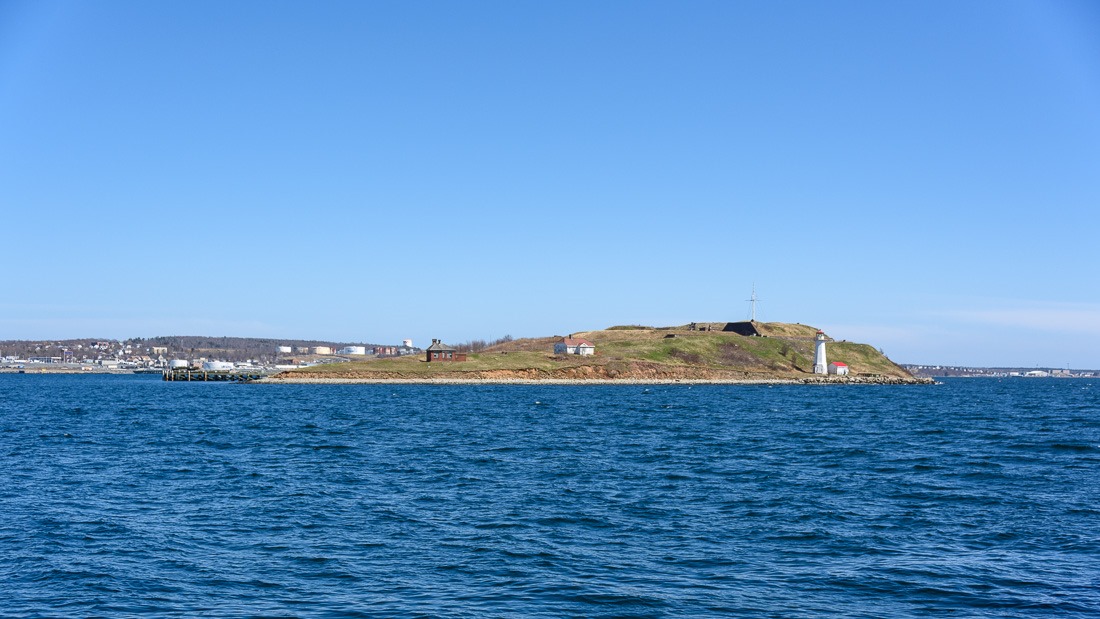 Stepping on the boardwalk kind of felt like “coming home”. Not that Manitoba was never home, just different. Seeing George’s Island is always nice. Even more that since 2020 it is possible to visit it legally. One day I’ll have to find out how to get there. 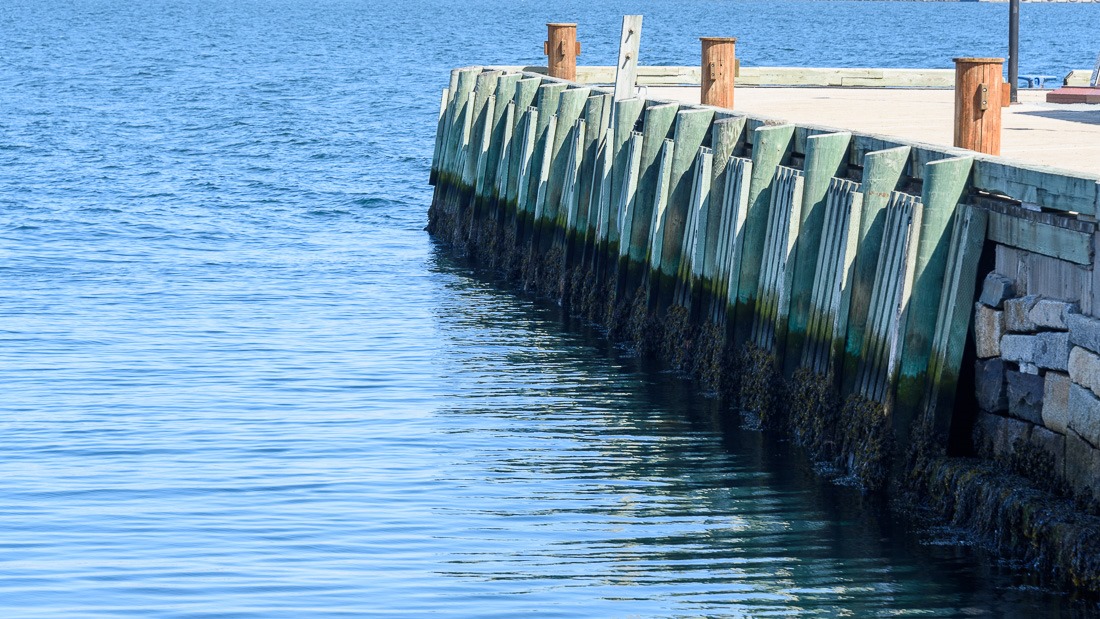 Waiting for the boats

It seems that a few twigs and branches back in my family tree, there have been captains with credentials for legal piracy. Sailors, in other words. Perhaps some genes trickling down from them make me love the sea so much, who knows. 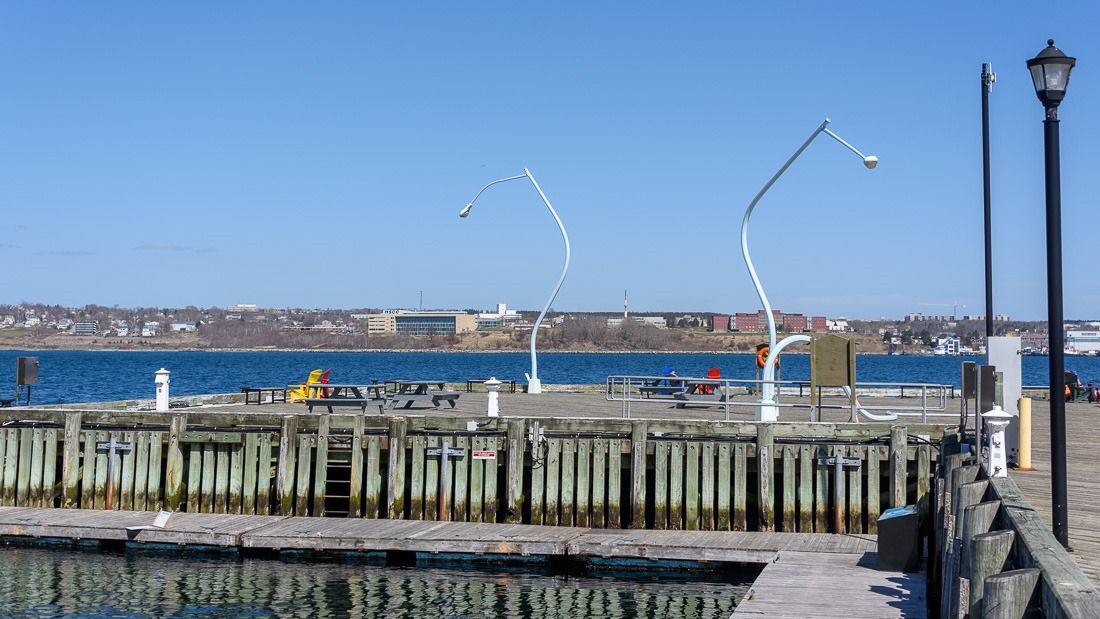 Artwork: Got drunk, fell down

One thing that never changes from the sailors of back then and the sailors of today is the “rum”. A tot of rum (71grams or 1/8th of a pint) may no longer be distributed among them, there are other ways to get drunk. Even the light standards seem to have been affected. 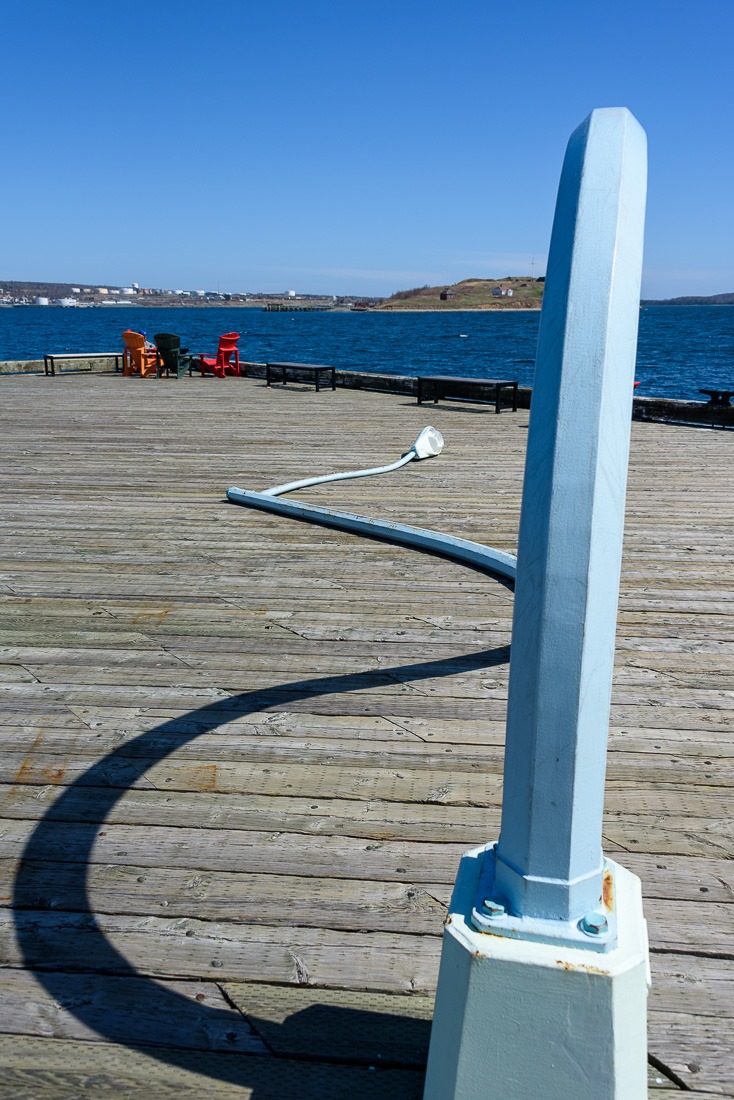 The title of this artwork is “Got drunk, fell down” designed by Chris Hanson and Hendrika Sonnenberg. When I read the description on a little sign close by, I burst out laughing. The lights are in full working condition. Just a little off-kilter from alcohol. The boardwalk from here on is currently in a very busy state of renovation and construction. Pictures I took here 3 years ago are no longer possible due to this. 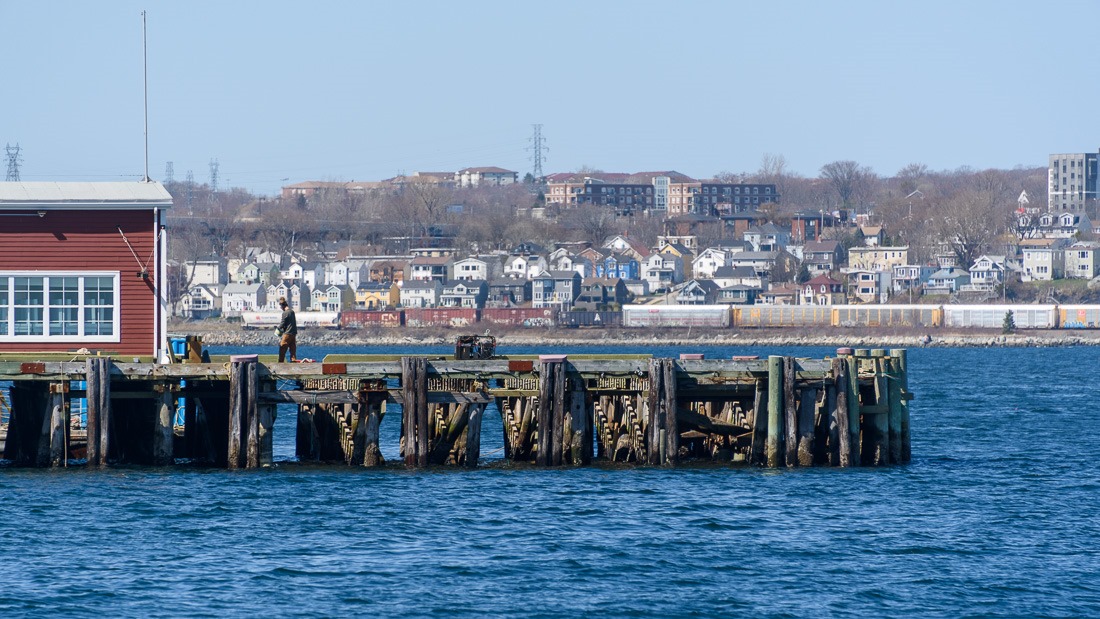 Other views are now possible where three years ago it was full construction. The background shows that the greener part of the year is still to come.

For now, I am still getting my feet back, there is so much to see and to do that I have no idea yet where to start properly. Until then, it will be a haphazard bunch of pictures from the seaside with not much of a story to go with. History will have to be learned from scratch