Prairie winters are extreme. Everybody in North America knows that. While Winnipeg is only on the latitude of Brussels, Belgium or Kyiv, Ukraine, it is significantly colder in winter. All will picture winters of extreme cold, ice and even eternal night. 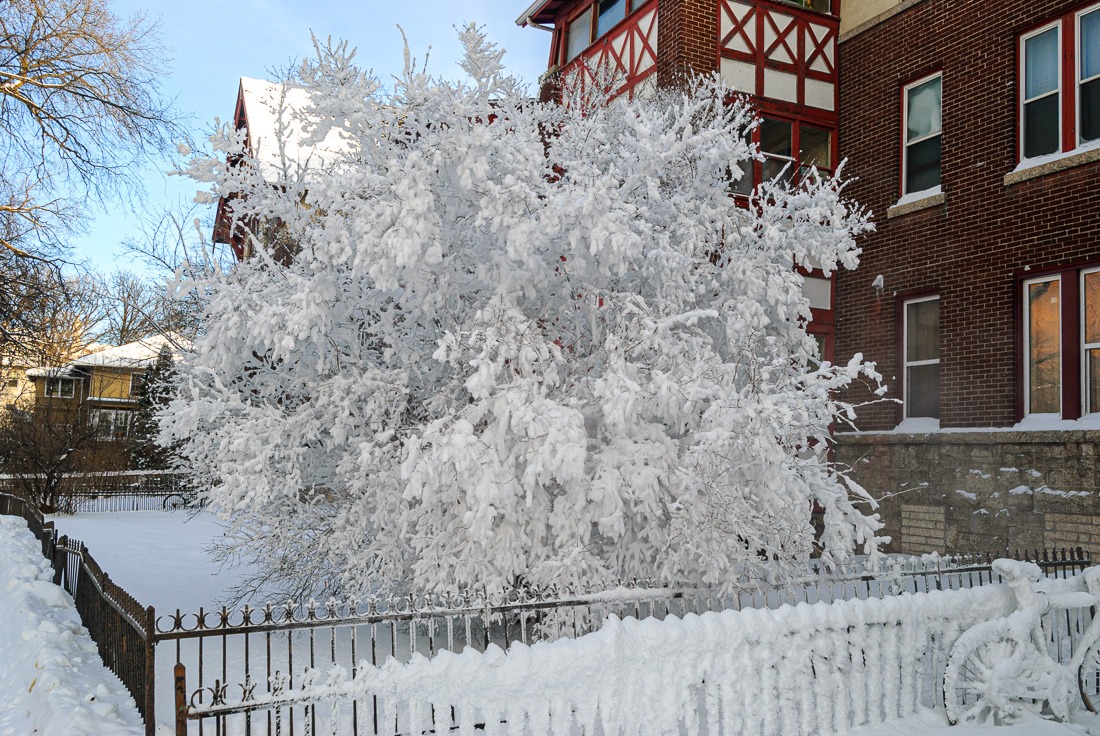 By now, we know that this is not true, at least not the “eternal night” part. While many people are now compiling a “best of 2020” for the “worst year in history”, I decided to concentrate on Decembers instead. Decembers only in Manitoba.

I arrived in Manitoba in the end of November in 2008. At that time, I had no idea if I wanted to stay or move on elsewhere. Some might say that as soon as I arrived, my feet were frozen to the ground and I was bound to stay

. The reality was a bit more complicated. My first encounter with the Manitoba cold had been in March 2008. With a flight from Europe to Winnipeg one might think everything would go according to a schedule. Yet a 17 hour flight was lengthened by a 24 hour delay due to bad weather and bad management by the airline. 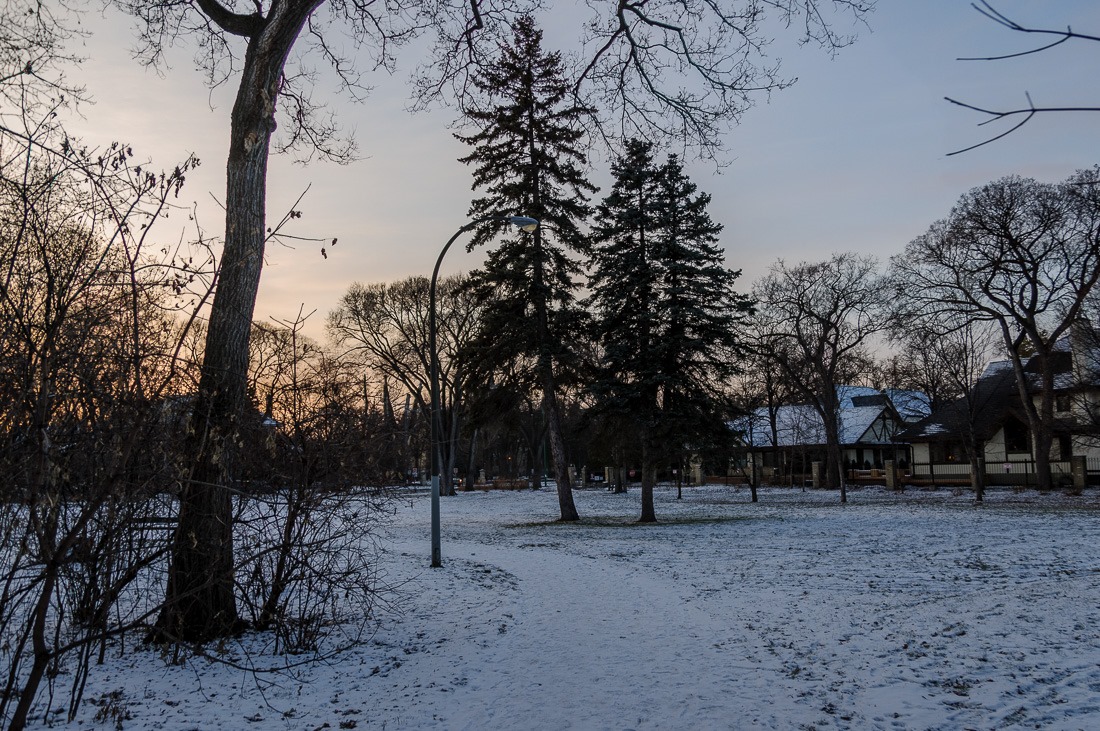 As a result of having spent so much time in overheated airports, I was simply roasting in my fur-lined leather jacket. The minute I stepped out of the the old Richardson Airport in Winnipeg, I opened the jacket Steam was coming off of me. My friend who was there to meet me yelled at me to stop doing that. I complied only a few minutes later. 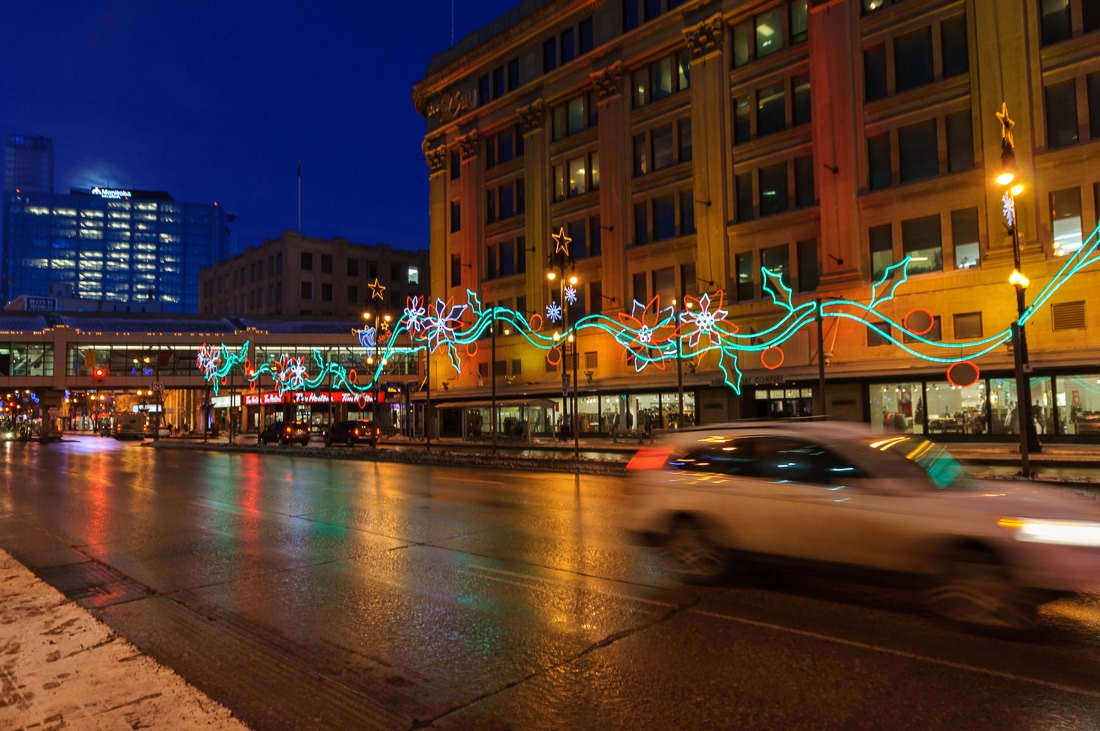 My friends in Europe were by then all inquiring about the freezing cold and the eternal night that was reigning here. I decided to show them some pictures instead. The lead picture of this post seemed to do the trick. Not only were they amazed by a frozen-up tree, apparently they also didn’t expect sunlight 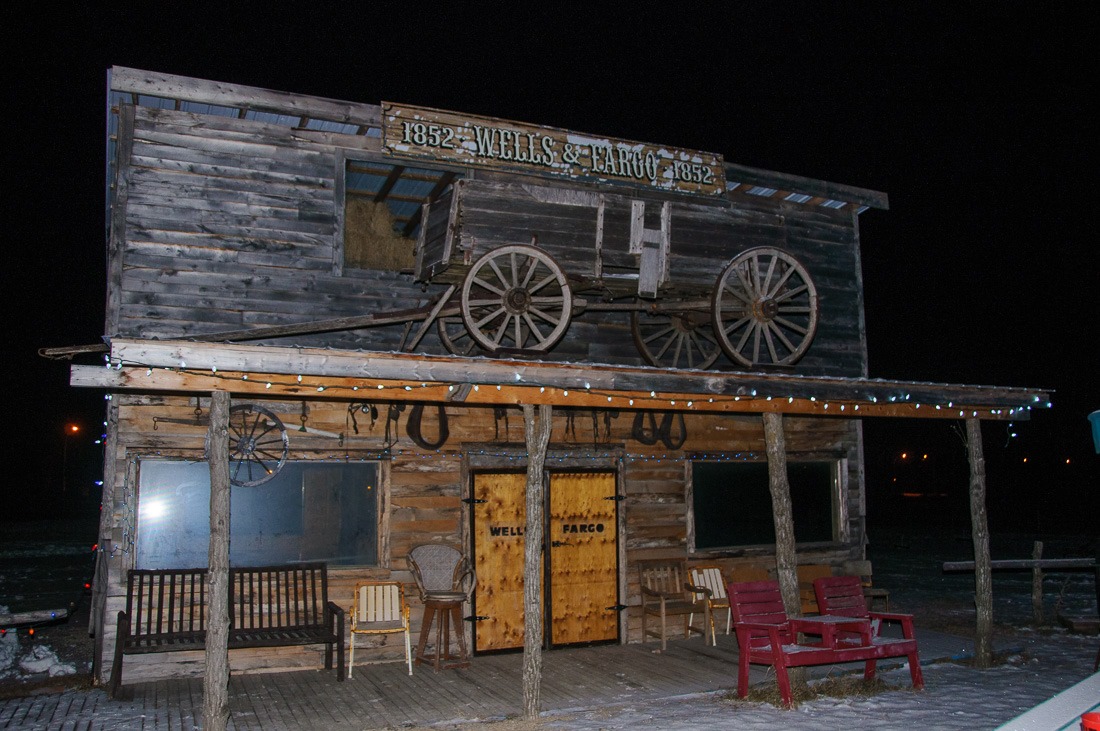 Then I became involved with a group of sympathetic, crazy photographers. People from all kinds of backgrounds, coming together to celebrate Christmas with a party in an old barn. In fact, that was a museum called the Unique Corral in Winnipeg. A very nice evening and an eye-opener for a newcomer like me. 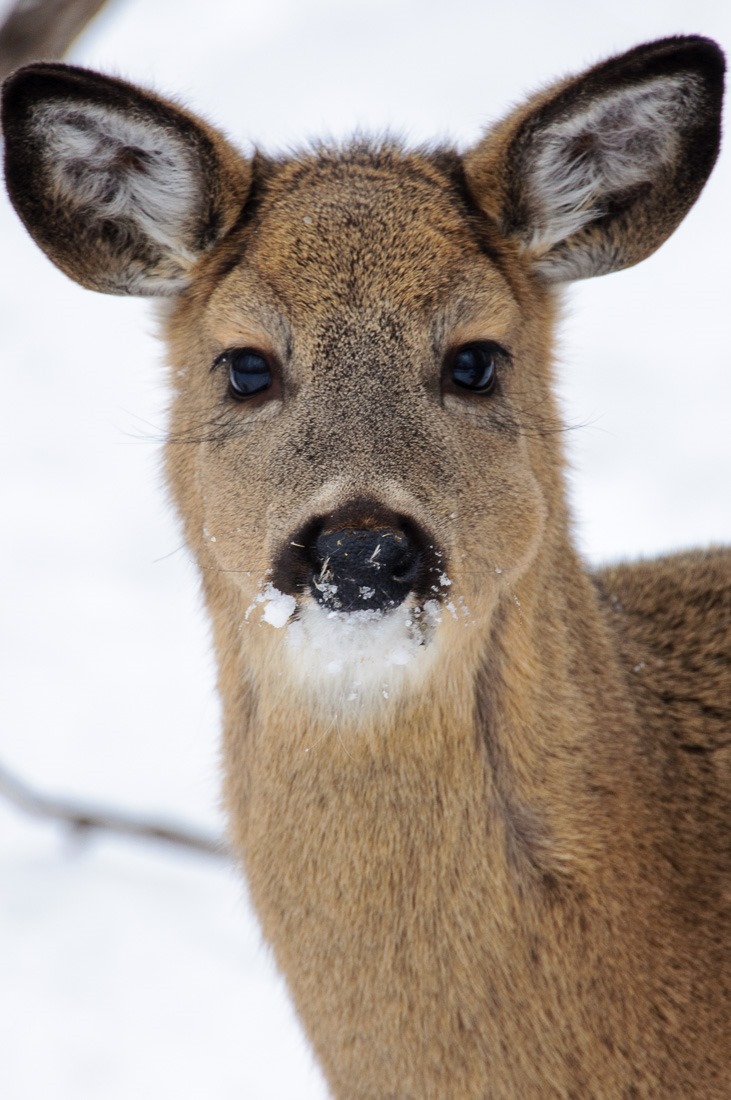 By 2012 we had moved from our first tiny basement apartment to a better place. This time close to Fort Whyte Alive, a nature reserve built on an ancient cement quarry. There, the amazement was for the wildlife living within the city limits. It was akin to walking in a zoo, but without the cages and with nobody feeding the animals on purpose. It triggered a desire to know more and shoot more. A longer lens was required and I got myself a 28-300mm. 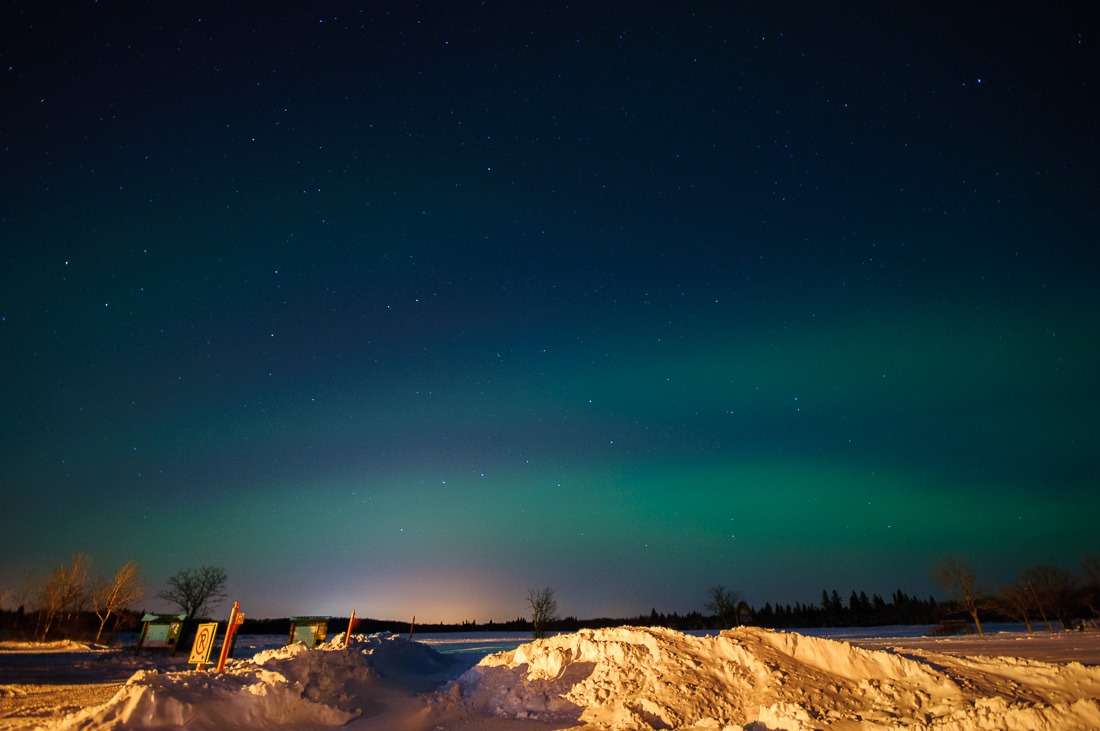 The next year, the Manitoba Foto Friends were one year old and organised a Christmas party in Birds Hill Park. Inside, everything was nice and toasty. But when I went outside for a bit of fresh air, that air seemed to want my skin and the underlying layers as well. Yet the cold also rewarded us with an unforeseen display of Aurora. This shot was a quick one - straight from the parking lot. Since I was not prepared to spend the night in the cold, the session was cut short rapidly. 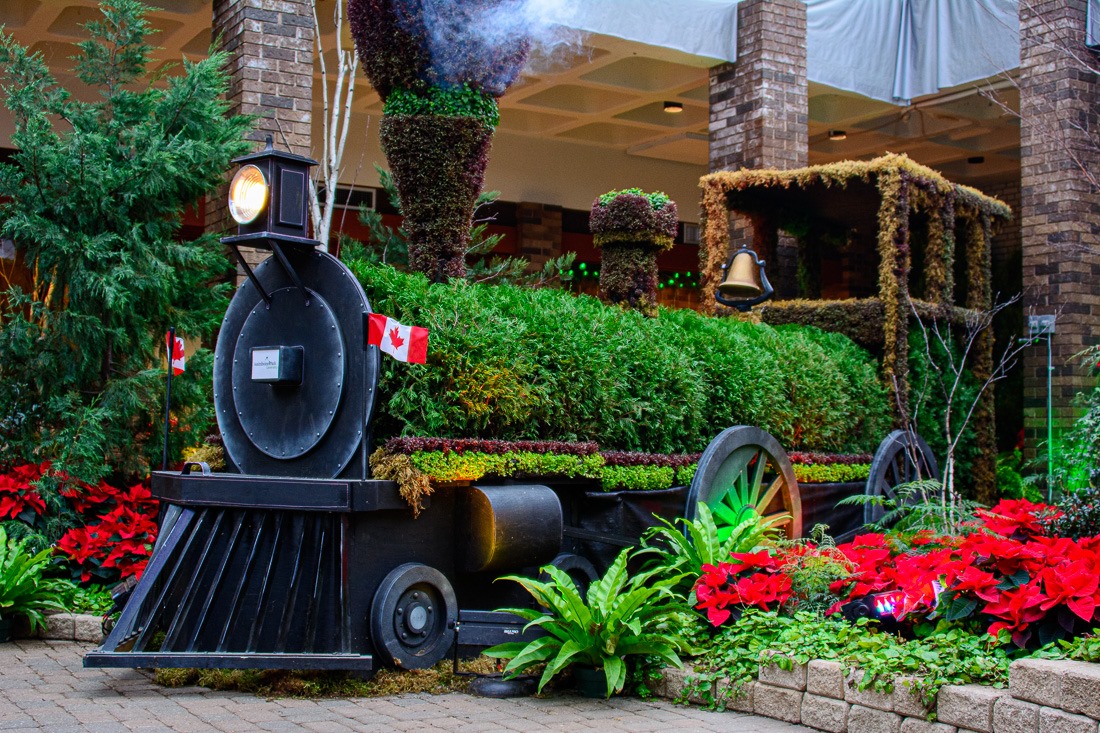 Another favourite destination  for pictures was the Assiniboine Park. The park had a Conservatory holding frequent exhibitions of all kinds. This steam train was part of the year-end exhibition of 2014. This was the last time we went to see such an exhibition as we had by then moved into a house in the east of the city. 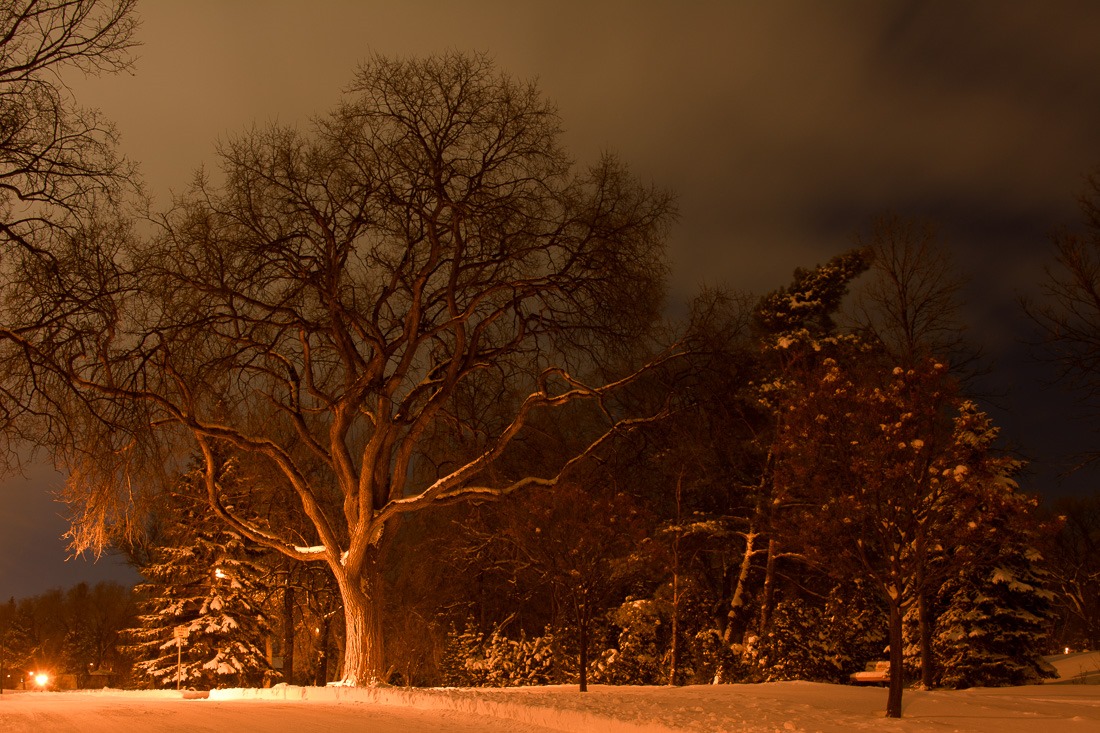 The east of the city held other interests. Kildonan Park was one of those parks one doesn’t visit unless one lives close by. Well, it was not too close, but work was. So Kildonan Park became a destination for photography. The above picture was taken when the city had not yet decided or implemented all the LED lights for public places. While many photographers may complain about the “horrible” colour cast of sodium lights, it does lend itself to some mystery. 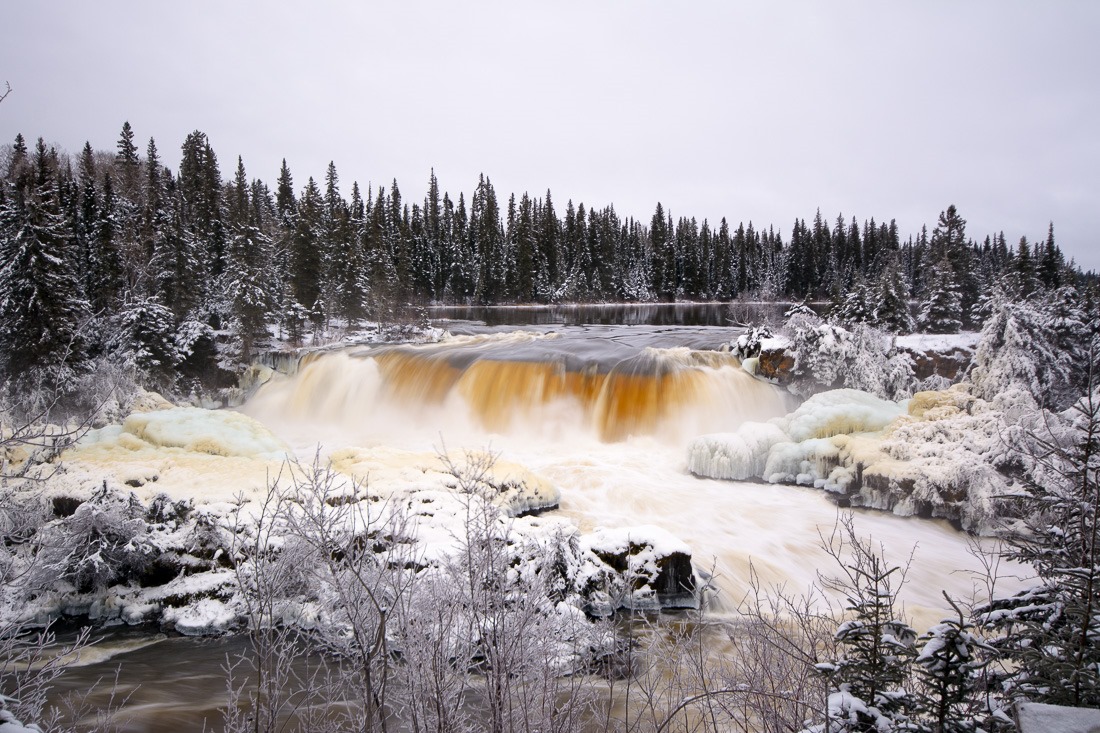 By 2016, the bug of “shooting birds” had bitten me hard. The year has thousands of pictures of birds, both rare and common. Yet the highlight of the 2016 December pictures was a visit with a friend to the northern part of the province. We were looking for Great Grey Owls. We found Pisew Falls as well. While lighting was not the best at 8am, the falls were simply amazing. Too hard to pass up on for photography. 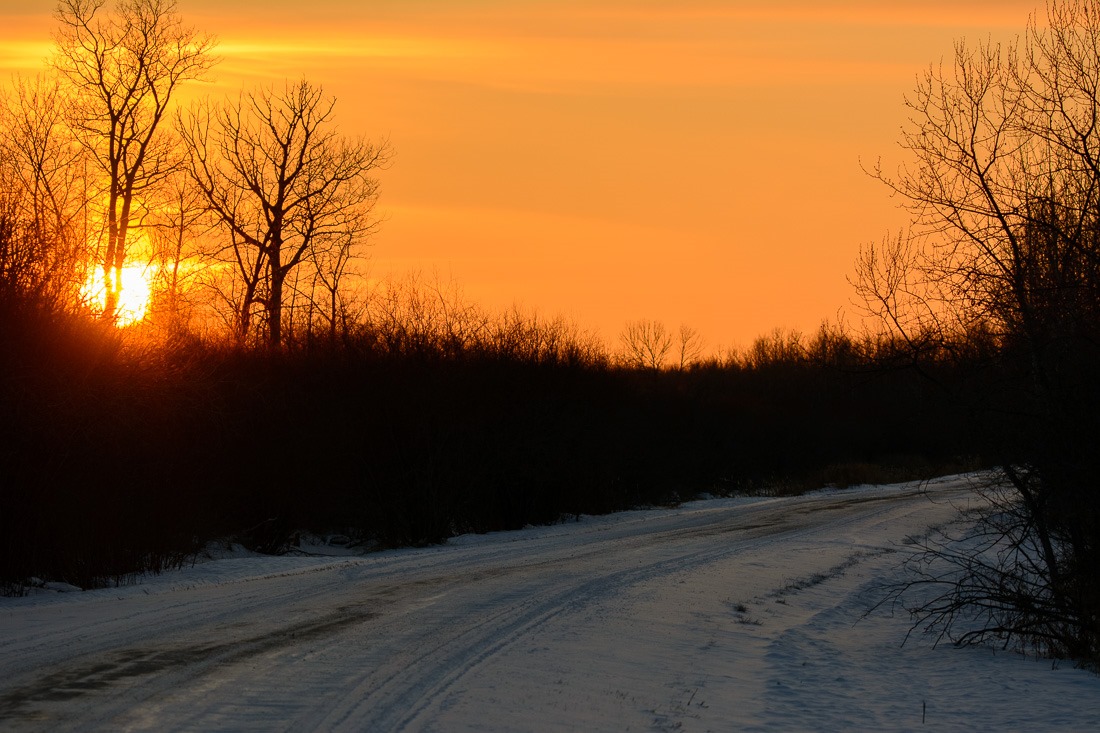 Driving is the best on highways and well-maintained roads. Yet seeing something interesting photography-wise, one has to be on the backroads. Sunset near Lake Winnipeg on a backroad too hard to drive on with a normal car. A four-wheel drive or all-wheel drive is highly recommended. 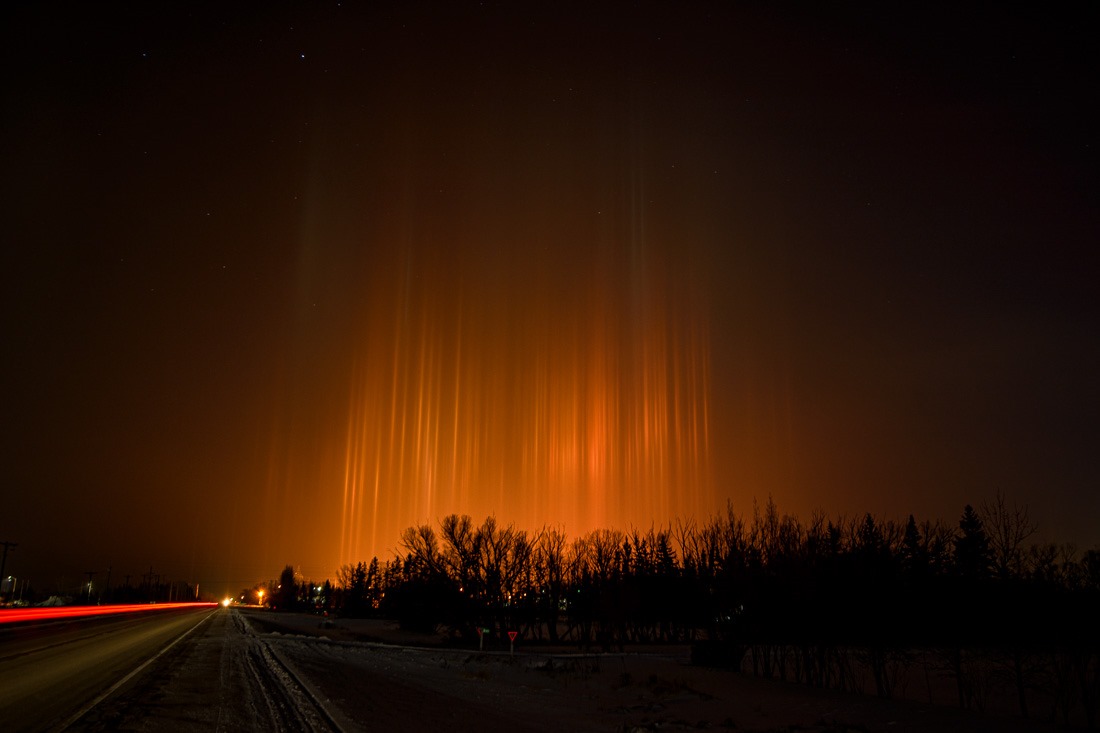 After Dark sometimes reserves us surprises too hard to pass up on. When I went out on this late December night in 2018, I spotted something unusual in the sky. Light streaks were dancing across the city sky and seemed to point up everywhere. I decided to go outside of the city to see more of them. The Riel Substation from Manitoba Hydro proved to be a real point of interest. Each streak of light corresponds to one lightbulb. Needless to say that Manitoba Hydro doesn’t count lightbulbs for themselves. 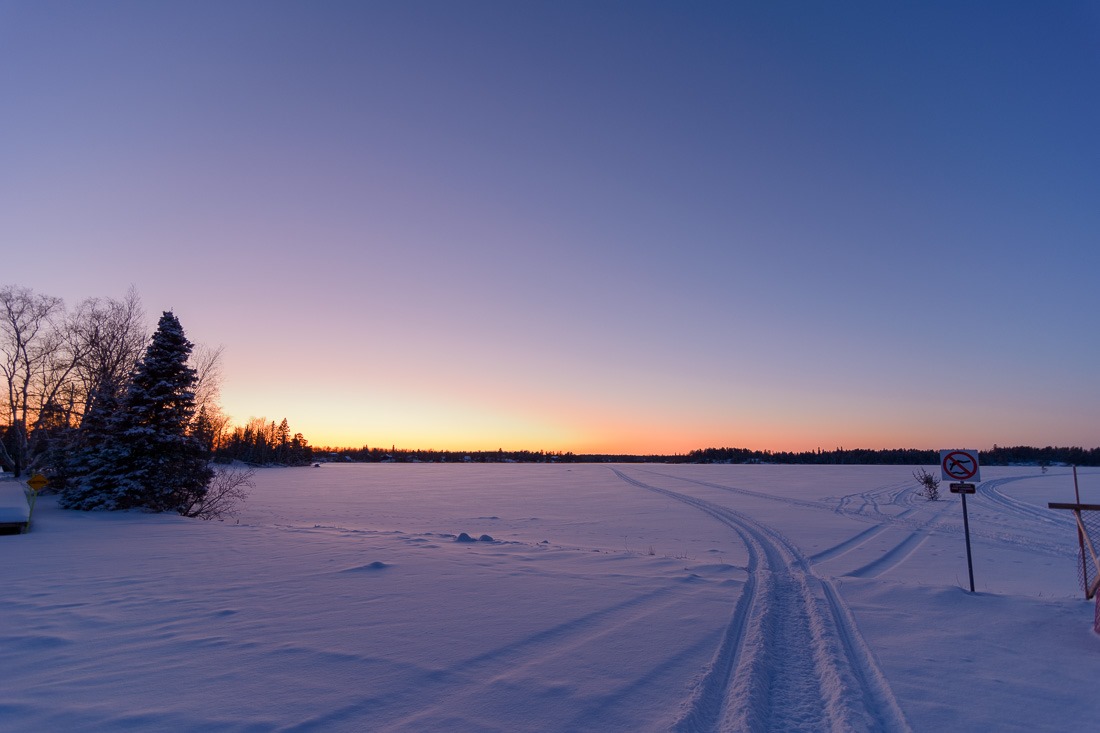 Sunsets over a lake are a favourite of many photographers I know. Either sunsets or the sunrises. Yet I always seem to miss the sunrises, I wonder why

. Sunset over Brereton Lake in the Whiteshell Provincial Park. This park is an attraction for many people. Yet wintertime seemed to be pretty quiet here. This turned out to be the last year that we could move around freely. 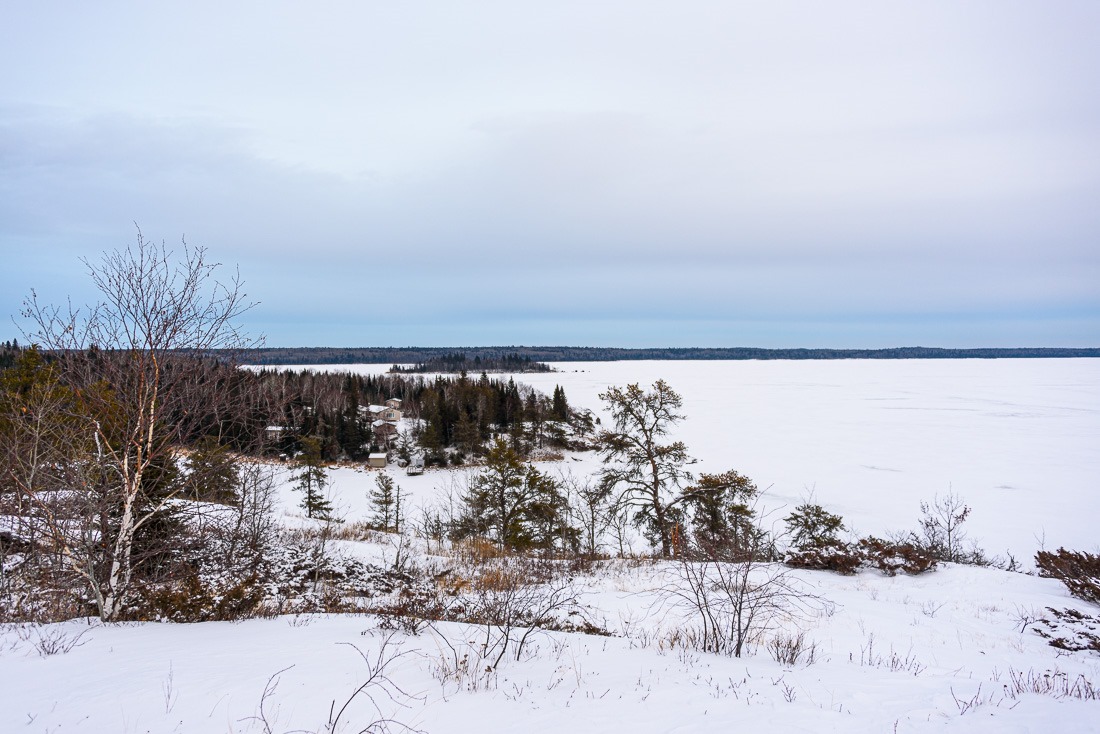 We decided to go back there in 2020, to see out the old year and meet the new year. With all the restrictions and limitations in place from the pandemic, we had no idea what this trip would bring us. What it brought was quietness and strength for the new year to come. This place in the Whiteshell has no internet connection, cellphone coverage is spotty at best and there is no through-road to speak of. At last some rest from the year 2020 that seemed to stress people out much more than it was supposed to.

So here are my Decembers in Manitoba. I have no idea what the new year will bring and what adventures await us. I guess we will all find out here on my blog.