Holiday cheer is here. Albeit in a dimmed form. Spirits are not as high as previous years. Yet, some people still put up their Christmas lights and bring cheer to the world. This blog is about positive thinking, even that is difficult to believe at times. 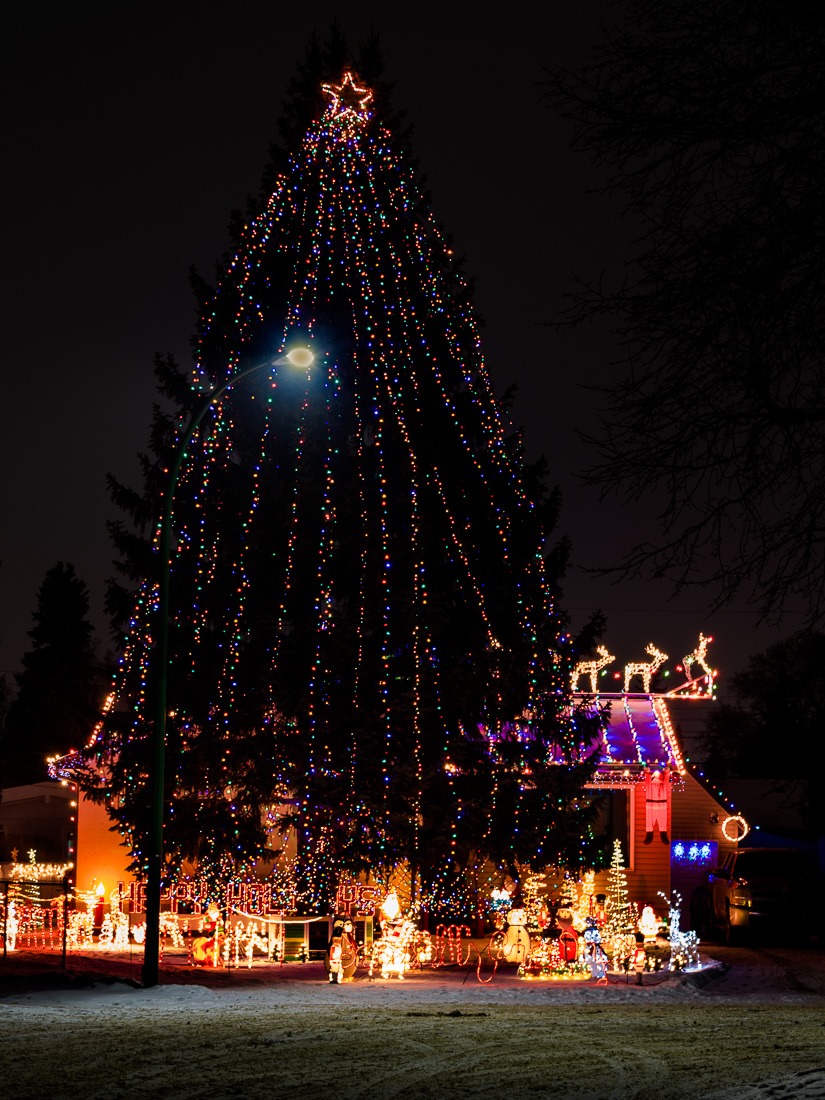 And what is more festive than bright holiday lights? More, holiday lights, of course! So today I will be showing some light displays that can be found in Winnipeg.

Clicking on a picture, for once, will lead you to a google map where it was taken. Winnipeggers who wish to take similar pictures are welcome to do so. All displays are for the public to admire and enjoy. Just remember that “for the public” part, when you set up your tripod and have to wait for those cars to start moving again. They may be full of kids enjoying the same show as you. 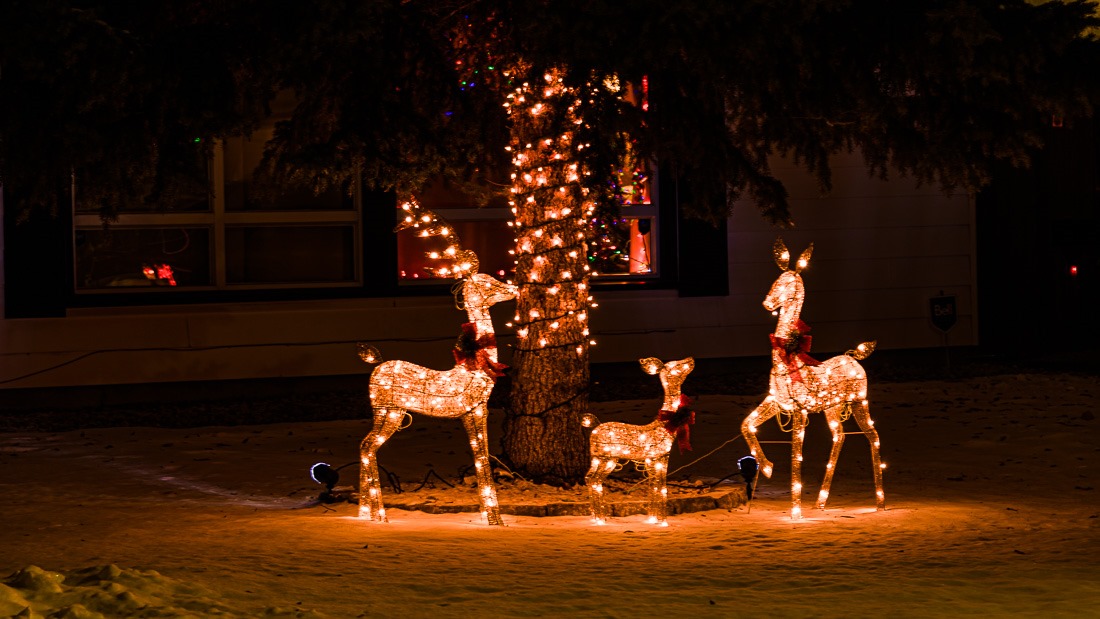 The lead picture was one of the bigger shows I shot. I think there must be at least 40,000 lights in there, lighting up at one time or another. Some of the lights will show on the beat of the Christmas music that plays softly. Yet the above picture is from one of the neighbours to this big show. I thought it kind of fitting that a smaller show was also worthy of being photographed. 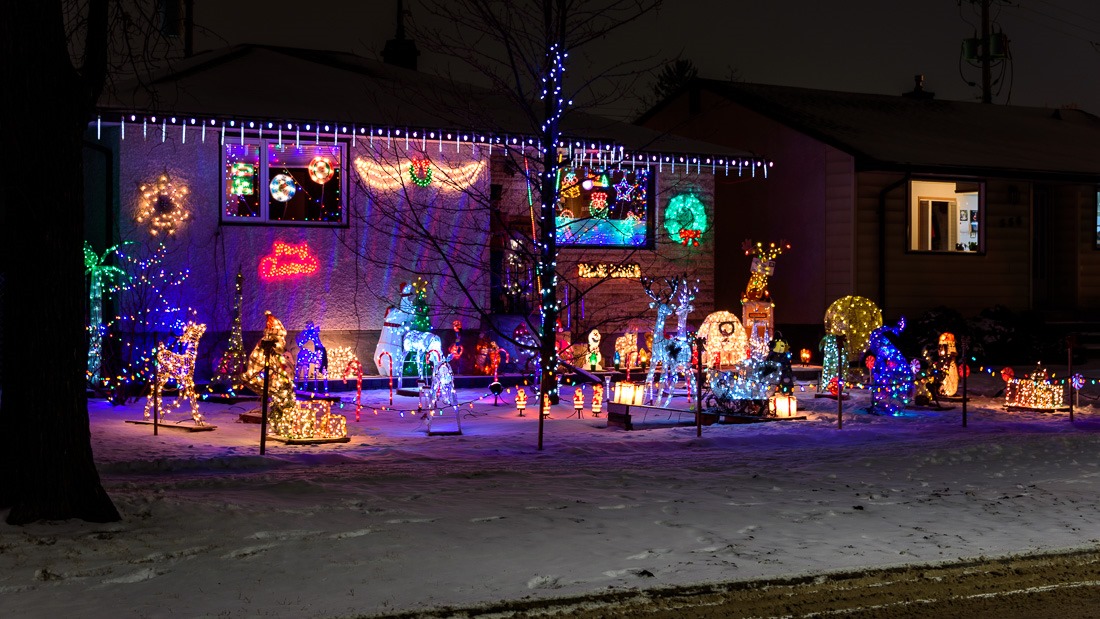 I tend to favour the shows where people have put their heart in. The blow-up Santas and blow-up reindeers with a light in them just don’t do it for me. Much of these displays is ready-made stuff, but still, putting so much of it in your yard for all to enjoy makes it special. 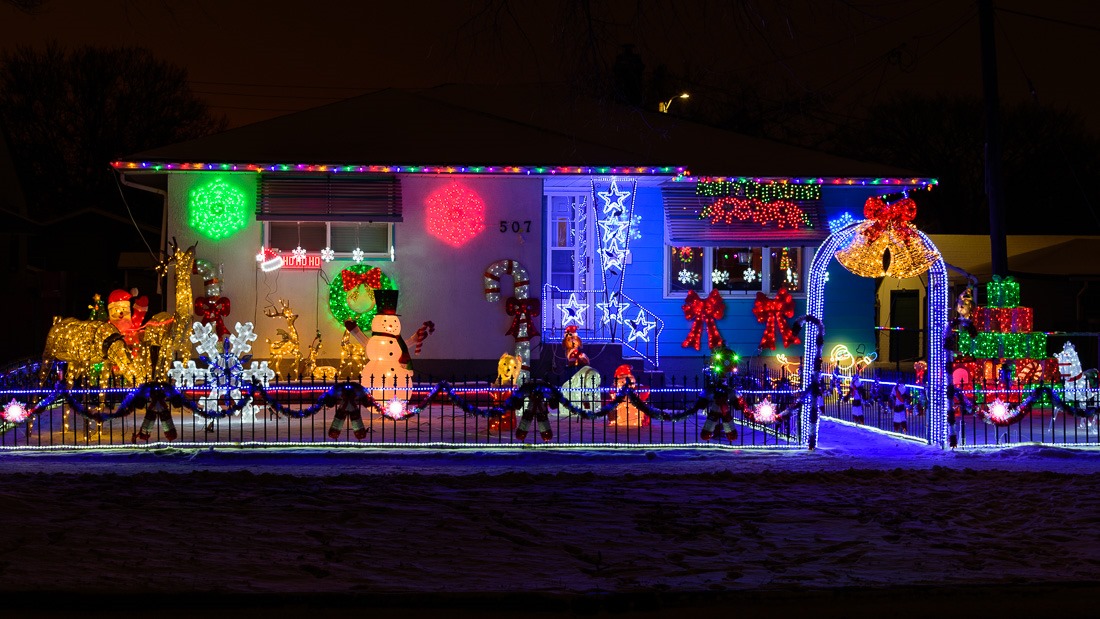 When I lived in Europe, nobody ever put out that many lights in their yard. In Ukraine, the Christmas trees were lit after New Year, knowing that Orthodox Christmas is on January 7th. I think that if any private person would do this in Western Europe, they’d be questioned by police and even their own neighbours about their motives to put up so many energy-unfriendly lights. Happily that attitude has not arrived here in Winnipeg. 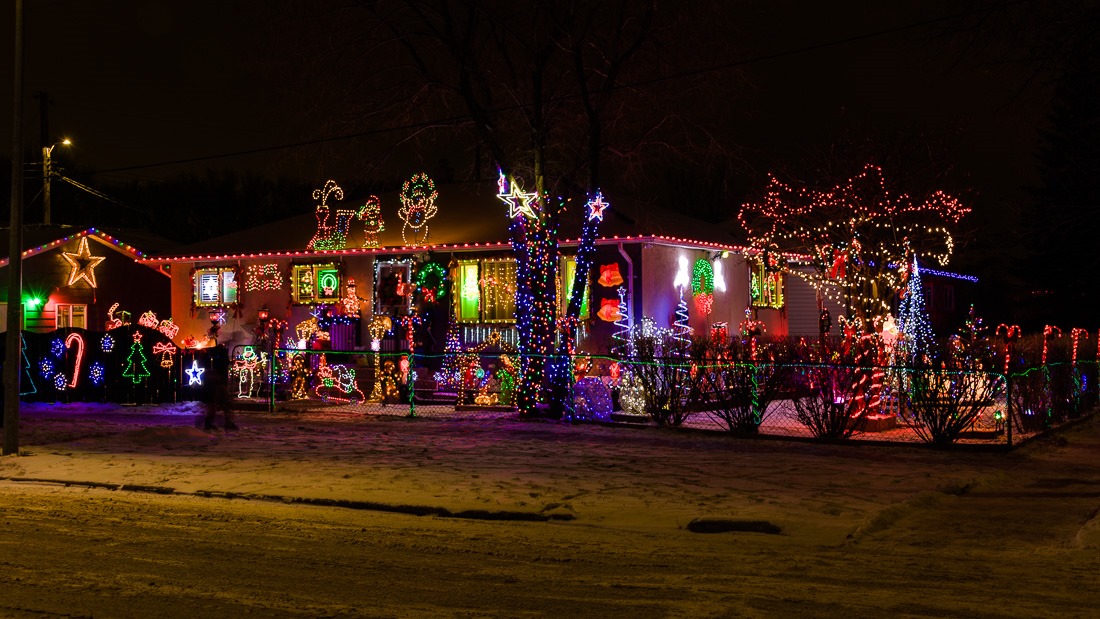 When I was a kid, my neighbours didn’t go to the same church as we did. Therefore, they were not the same as us. We were friendly with them as kids, but nothing more. After all, WE were in the right church, all others would be heathens to shun, right? 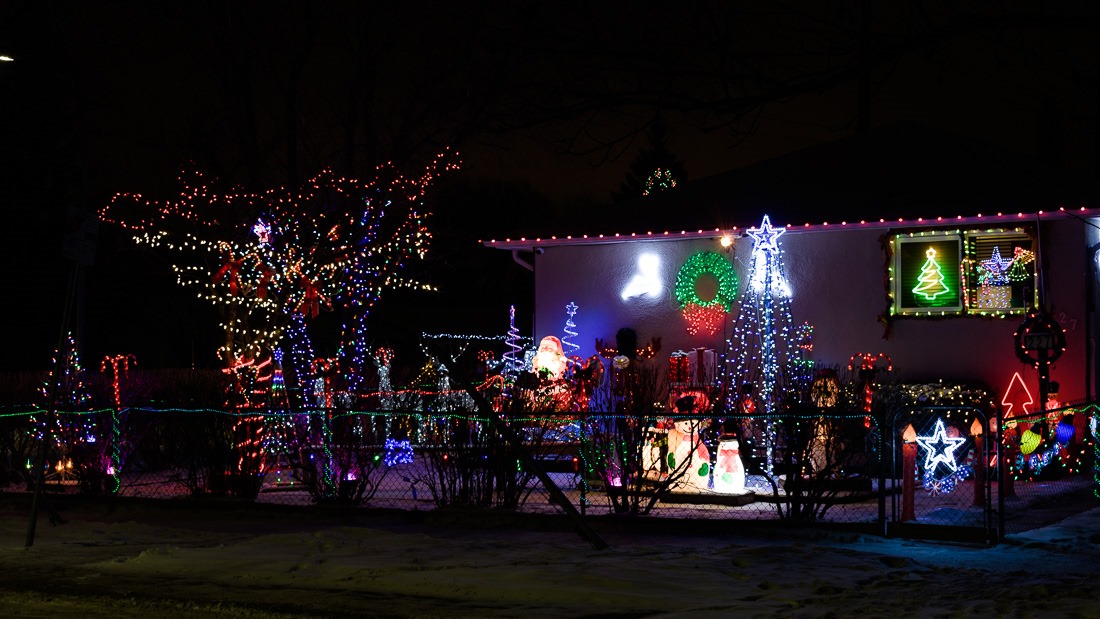 That spirit had been like that for centuries, ever since Martin Luther hammered his 95 theses on the doors of a Church in Wittenberg in 1517. Luther was an outcast, yet a trained Catholic Monk. His separation from the Roman Catholic Church inspired others to do the same. Each more fervent than the previous. Separate churches became bitter rivals and were created over matters as trivial as “if the snake in Paradise had really spoken to Eve” or not. Once those things came to light in my slightly older years, doubts began to set in. Research in the matter was difficult, as every church was guarding its own position as if it were the full truth. The doubts remained. 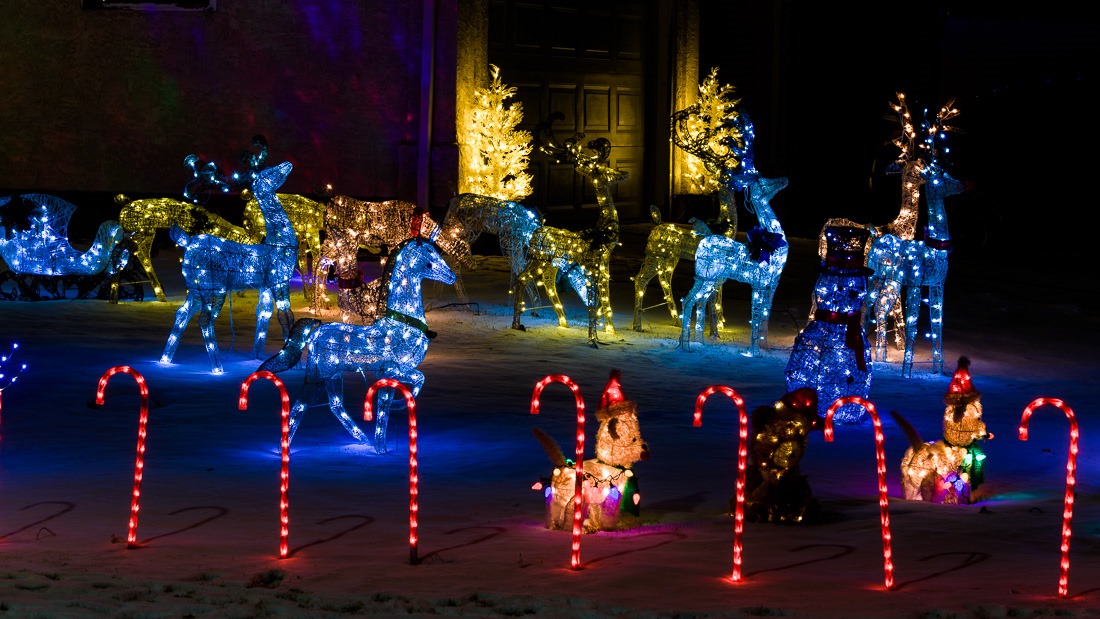 Then came Highschool with training in “other” religions. Not in a mocking way, though. That was done in a very professional way. I am still grateful for that. It opened my eyes to what other people could believe as being “true”. I came to understand that people have their own minds, their own beliefs, or even lack thereof. Not everything is as black and white as each church wishes its members to believe. 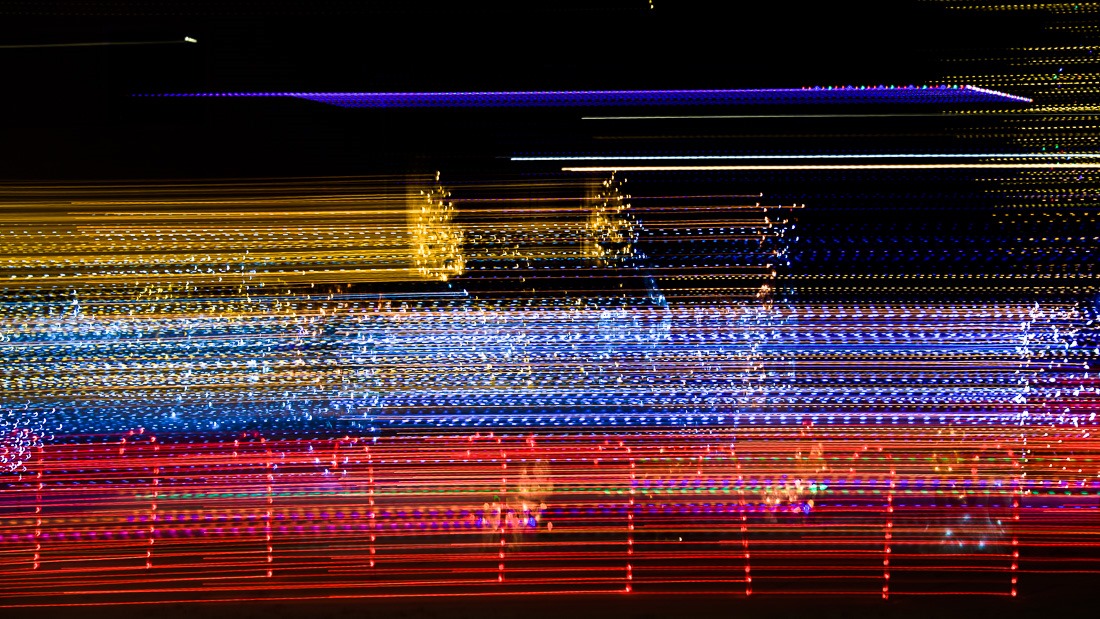 Later, I started to travel, live in other countries and witness up close what other religions were like. In France, a Roman Catholic country for the majority, the church is still very powerful in the minds of people. If the priest says this or that, then that is the truth and has to be accepted as such. No matter what. Let me tell you one thing, that is not my way of thinking

After “La Douce France”, I arrived in Ukraine, a country with a very different view to religion. An openly atheist culture was enforced during the Soviet era. Yet people were going back to church and practiced their Russian or Ukrainian Orthodox beliefs. 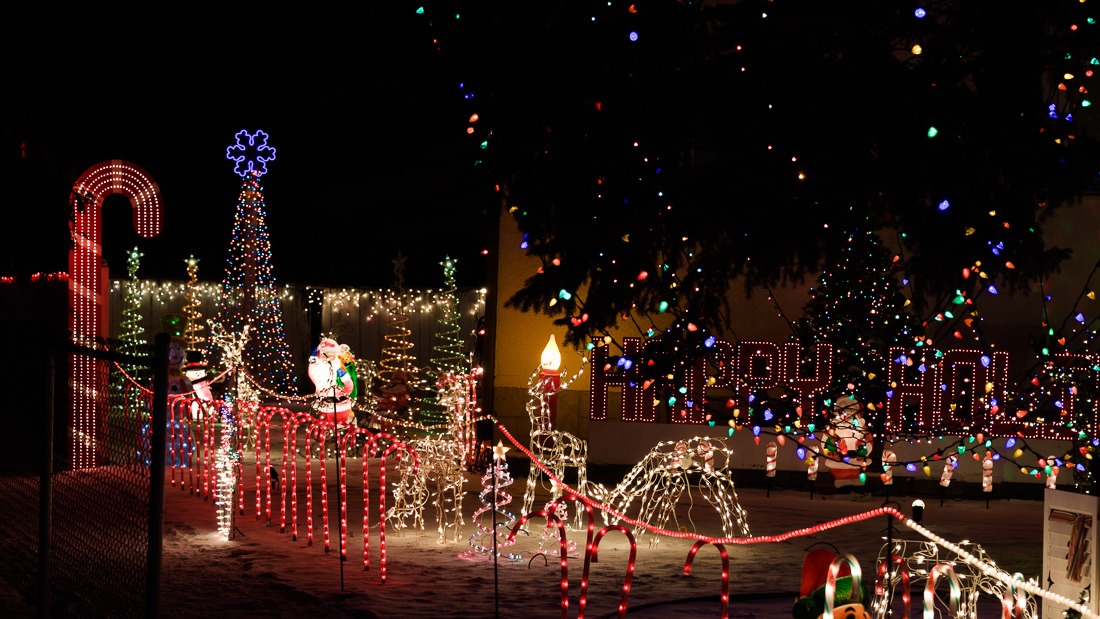 Fine with me. For me, all beliefs have their place in the world. As long as they are not force-fed into my brain by any means. And that is why these lights of the Season here in Winnipeg are so beautiful to me. They don’t force you into a belief by adding overly religious symbols everywhere. Everyone can enjoy the view of the light displays. One has only to look at a child’s eyes when they see the lights. Wonder and awe, but no religion.

Other than that Santa should be coming soon bearing gifts.