Much of my time in Manitoba is spent in the centre of the province. For a change, I wanted to check the southwest of it. With a friend who knows the area, we left early in the morning. Early enough to see the sun rise in the rear-view mirror. 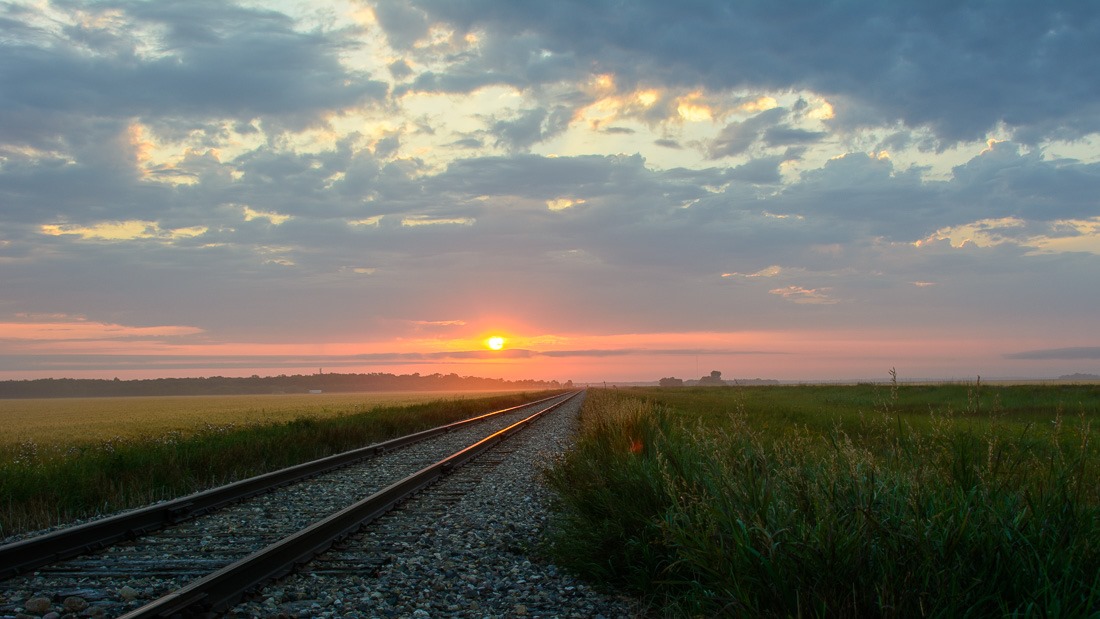 That morning was a very foggy morning, as is often the case in August and early September. When it was safe to do so, I put the car on the shoulder and took some shots of the sunrise.

After that we went in the direction of Pelican Lake, supposedly full of Pelicans. The lake didn’t disappoint. It was full of birds. 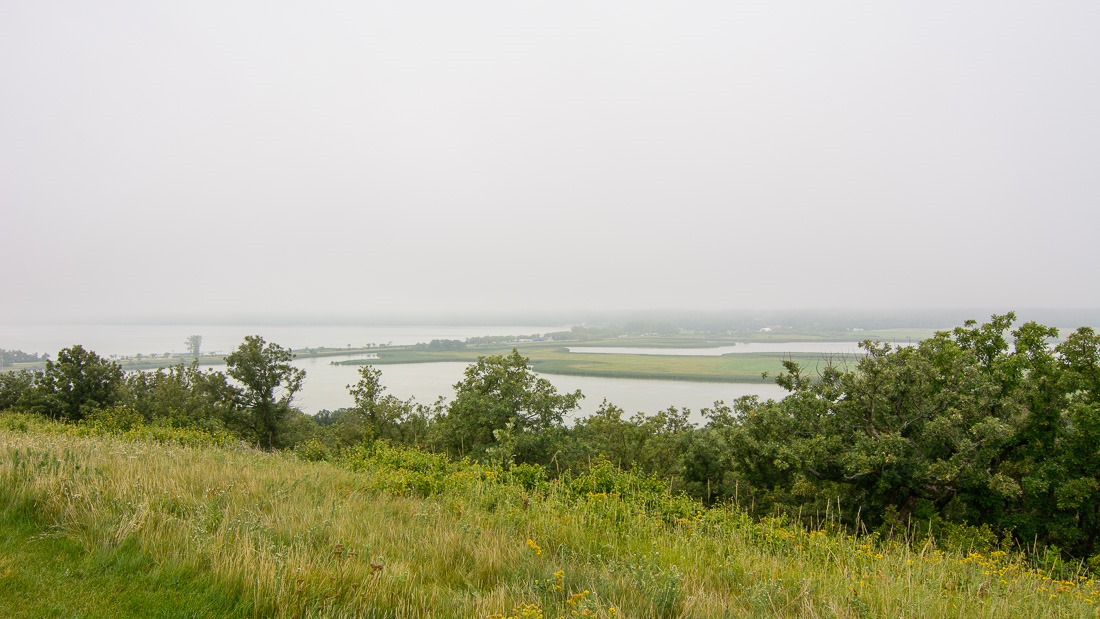 Pelican Lake in the mist

But from afar, it was hardly visible with the lingering fog in the morning. The lookout site was lost in the low-hanging clouds. So it was time for some coffee that I brought from home. Nice and warm. After that was done, the fog had slightly lifted, but not enough to shoot plenty of pictures. I guess I will have to go back there one day to get some better shots. 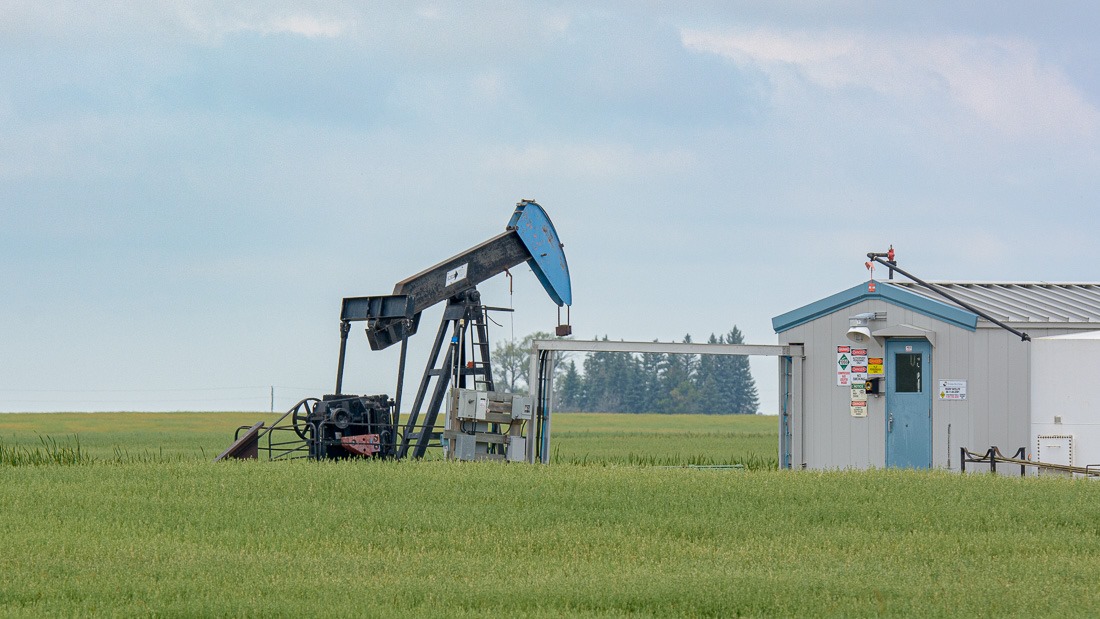 Then we went to look for Whitewater Lake. During that search we came across the only spot where Manitoba Hydro is pumping for oil. There were plenty of pumpjacks in the area, most being off-limits to the public. A good thing that I do have a longer lens so that I don’t have to walk close to them. It’s interesting to hear them pump up liquid that is millions of years old. 70% of oil deposits existing today were formed in the Mesozoic age (252 to 66 million years ago); only the southwest of Manitoba has oil. The age of this oil is thus about 300+ million years old. The depths of these oil fields is about 2,300m. The vast majority of the approximately 11,400 wells drilled in Manitoba have only been drilled into the upper portion of the sedimentary sequence, to Triassic, Mississippian or Bakken formations. Only 137 wells have penetrated the entire sequence, leaving half the sequence, the older formations, largely unexplored. Plenty of oil for Manitobans… 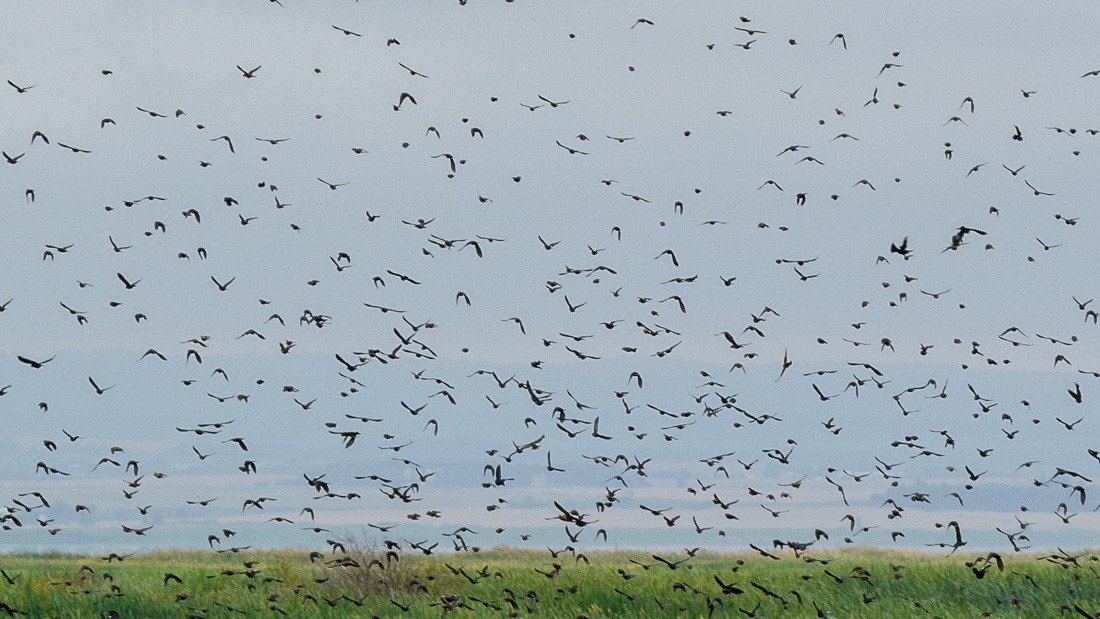 But we didn’t go to Whitewater Lake for the pumpjacks, I could have found those in Holland as well. Although in Holland they are more fenced off. No, we came for the birds and for the landscape. There were plenty of birds. Like this swarm of Red-winged Blackbirds. It’s amazing what you can get when you slam a car door…

But Blackbirds are found all over the place and I was promised more “exotic” ones. 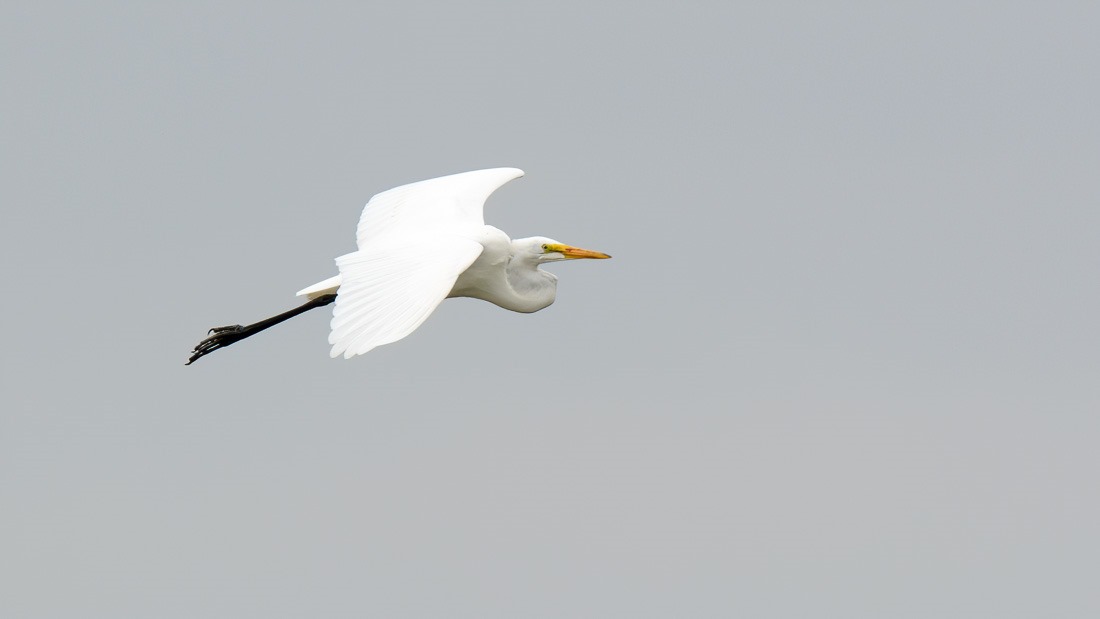 Once we arrived closer to the lake, drought had shrunk the lake considerably and so not all lookout places were close to the water. This Great Egret in flight was a nice surprise. The bird I really came for was the Ibis. There are two kinds of them here in Manitoba, but only one for this day. At least that’s what I think, since I can’t tell them apart. 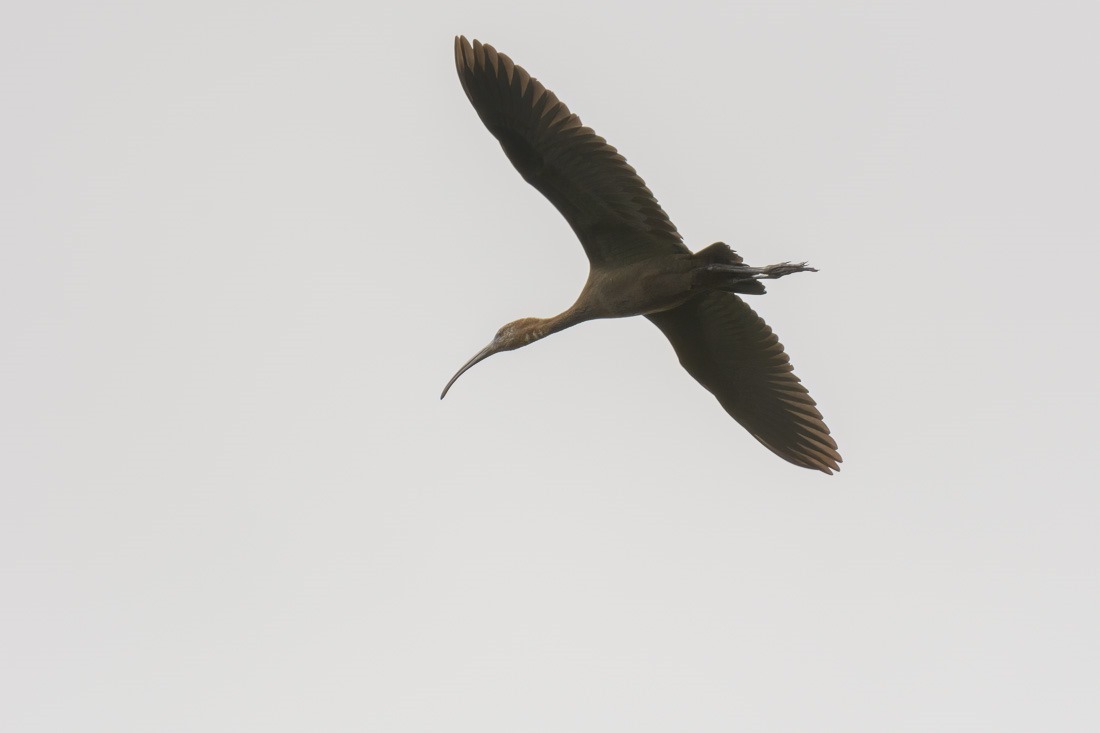 This White-faced Ibis in flight really makes me think of a Pterodactyl illustration. Fortunately I am not old enough to have known those in person. Since my lens is not very capable for birds in flight, I decided to get them also in the water or wherever I could shoot them. 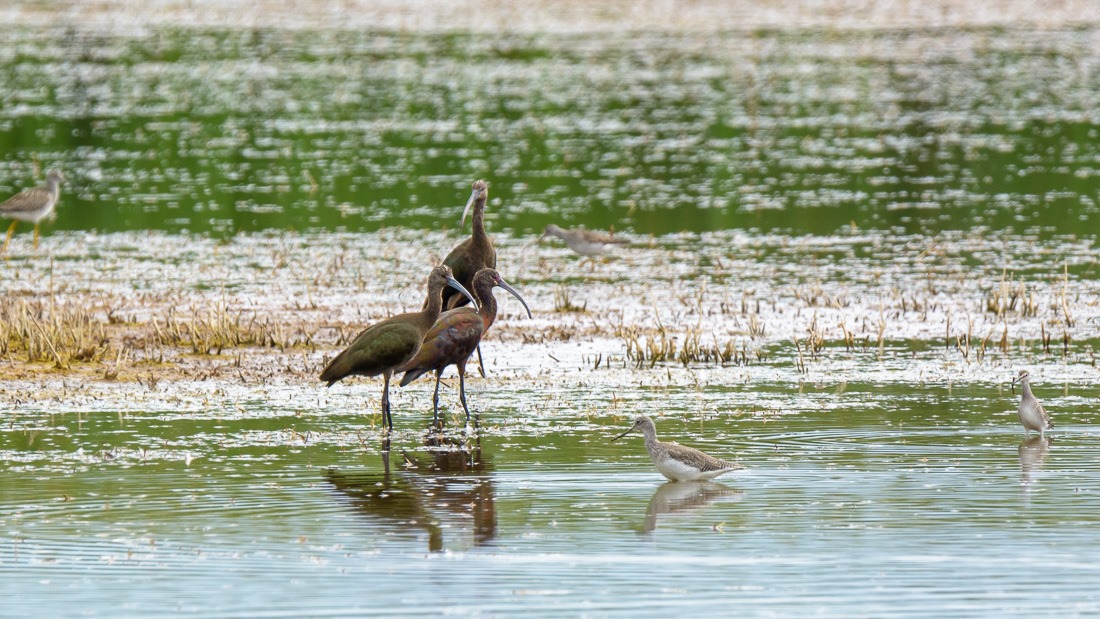 On the lake, from pretty far away, I got them accompanied by a few other birds. It looks as if the Ibises are really looking down contemptuously on the Greater Yellowlegs here. But most probably the birds have no notion of contempt or any other human feeling. 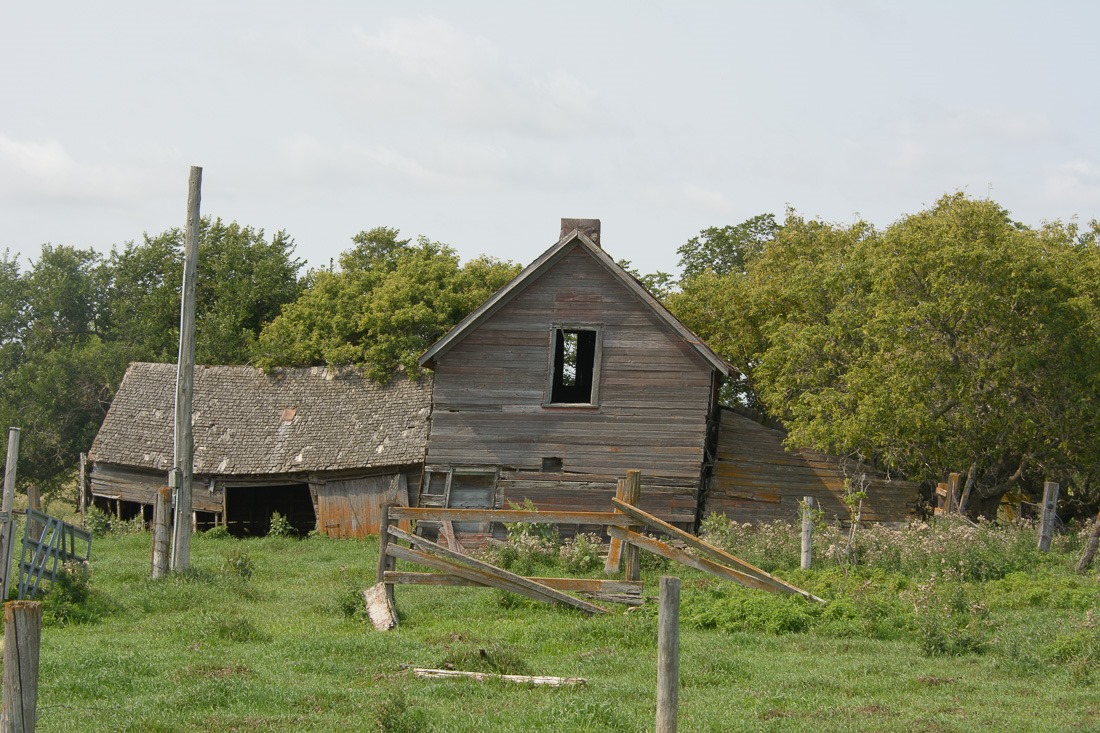 After that it was time for a small lunch in the middle of nowhere. When I’m out and about, that’s the way I like it. Having no sound from any other human being around, except my friend in my car, this was a real pleasure to lunch outside. Then it was time for some old buildings, the ones that are abandoned by their owners, but still usable by other critters. 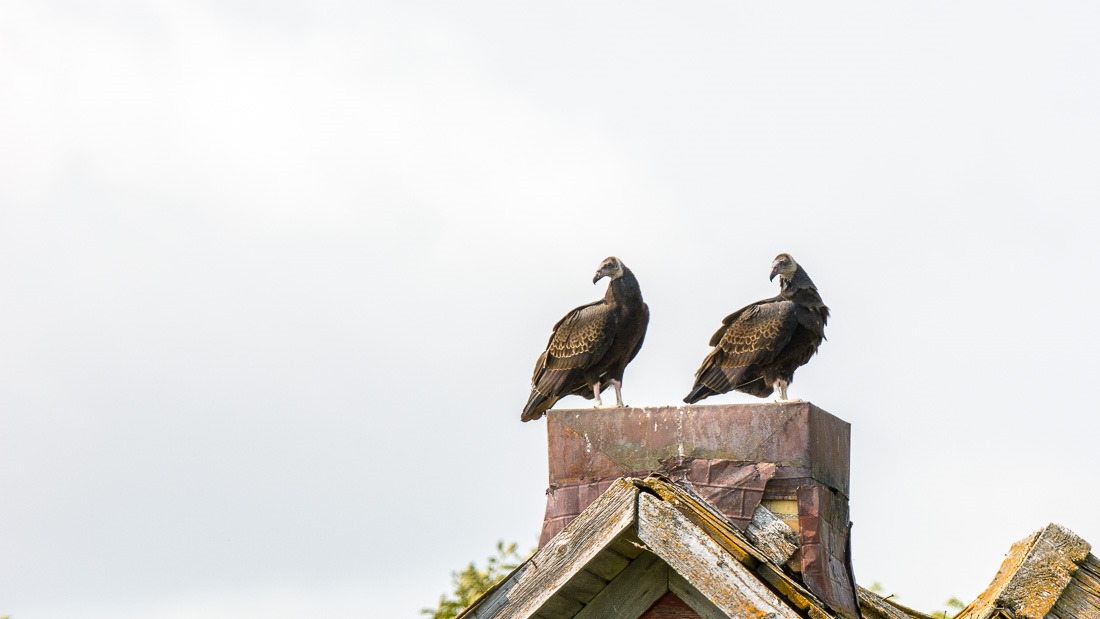 The above house was still in use by a family of Turkey Vultures. These two juvenile Turkey Vultures would not venture far away from their chosen home. A bit of circling around, but never too far. We expected there were also very small young inside, but the terrain was closed off with an electrified fence. Not something to touch or jump over. A little more scrutiny revealed that there was cattle behind the house that needed to be kept in place.

Then it was time to return to Winnipeg. But going all that way and shoot only a few miserable birds was not enough for either of us. So we stopped for coffee in the Tiger Hills. A bit tough on my tires, that for sure. Some of those roads are really made for tractors only. 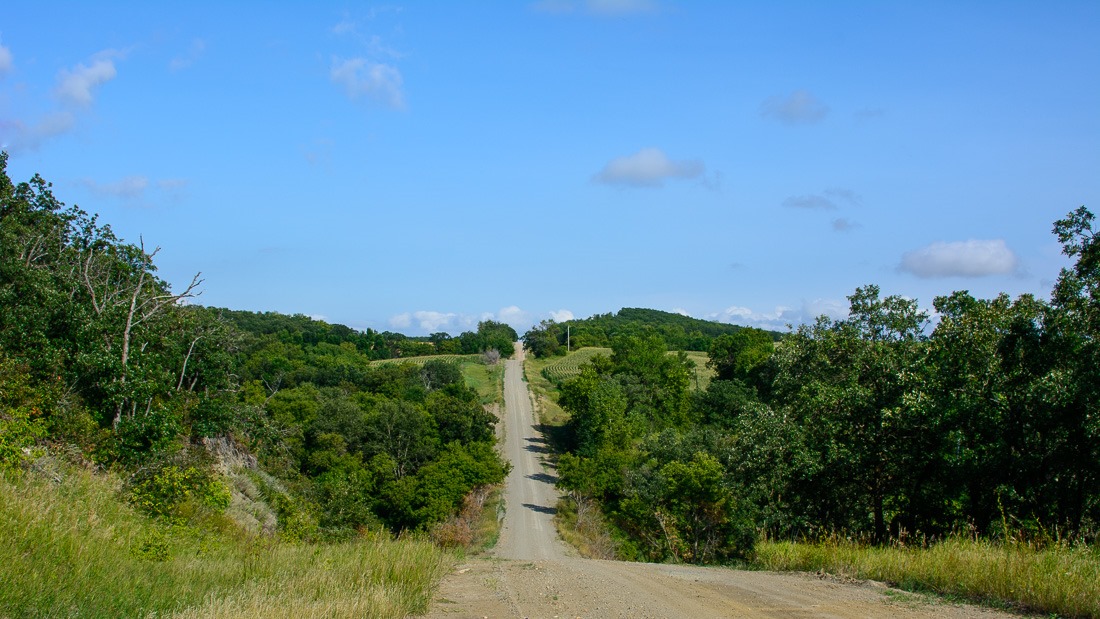 Once arrived in the top of one Tiger Hill, I don’t know how many there are, the above shot presented itself. Time to get out and shoot some more. The panorama shot above and the above shot were from this spot. With not a sound around from any human being, this was a very nice place. My friend didn’t make any noise either. He too was enjoying the area.

Then we headed back to Winnipeg. We had all forgotten about the coffee.

Well, there is some more in the thermos. If anyone wants, we can go there again one day. So this is how my weekends go sometimes. Other weekends may be spent elsewhere or with different activities, like shopping…