A day at the lake

“At the lake”, is the expression Canadians use to say they left the city to some place in the country, preferably with some water to dive into and a roof of some kind for the night. The expression is a little vague, just as my interpretation of it. 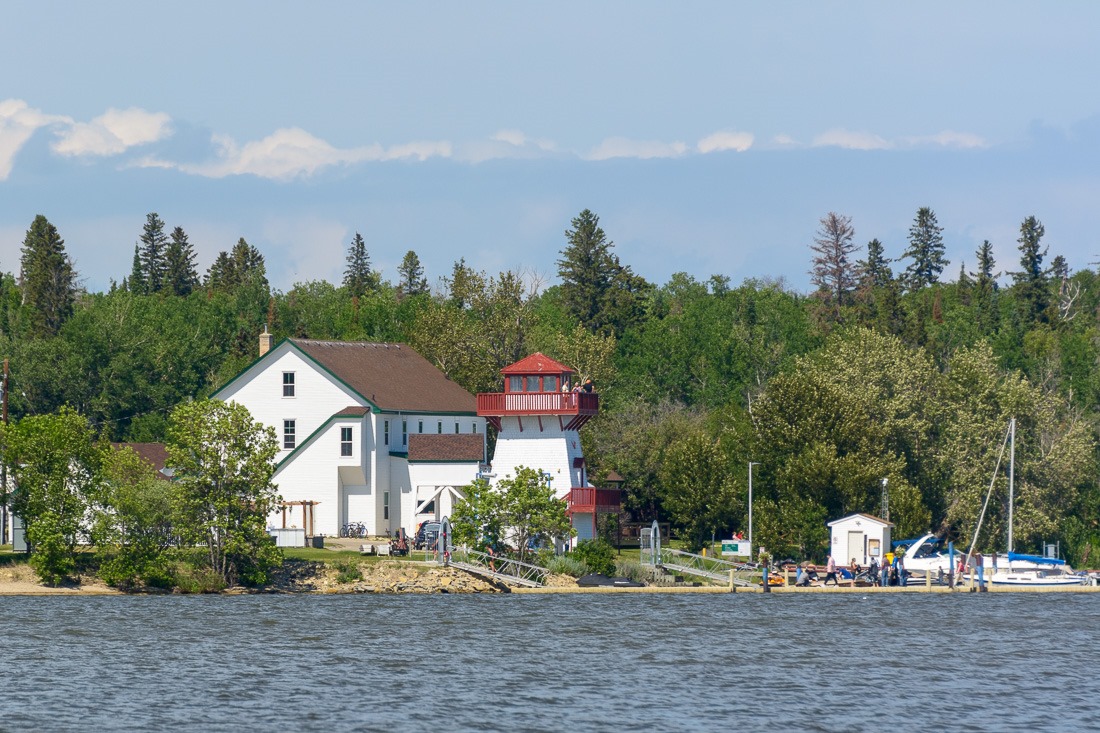 When I first arrived in Canada, now a little more than a decade ago, this expression left me puzzled. Did everyone in this country have a second house near a lake? My geography in school had shown me that Manitoba had TWO lakes…

Yet here, everyone seemed to have lakefront property. As it turned out, there were a “few” more lakes in just Manitoba than Lake Winnipeg and Lake Manitoba

. After a period of semi confinement, rules were not so strict as elsewhere in the country, we decided to go out with some friends and spend a day “at the lake”. 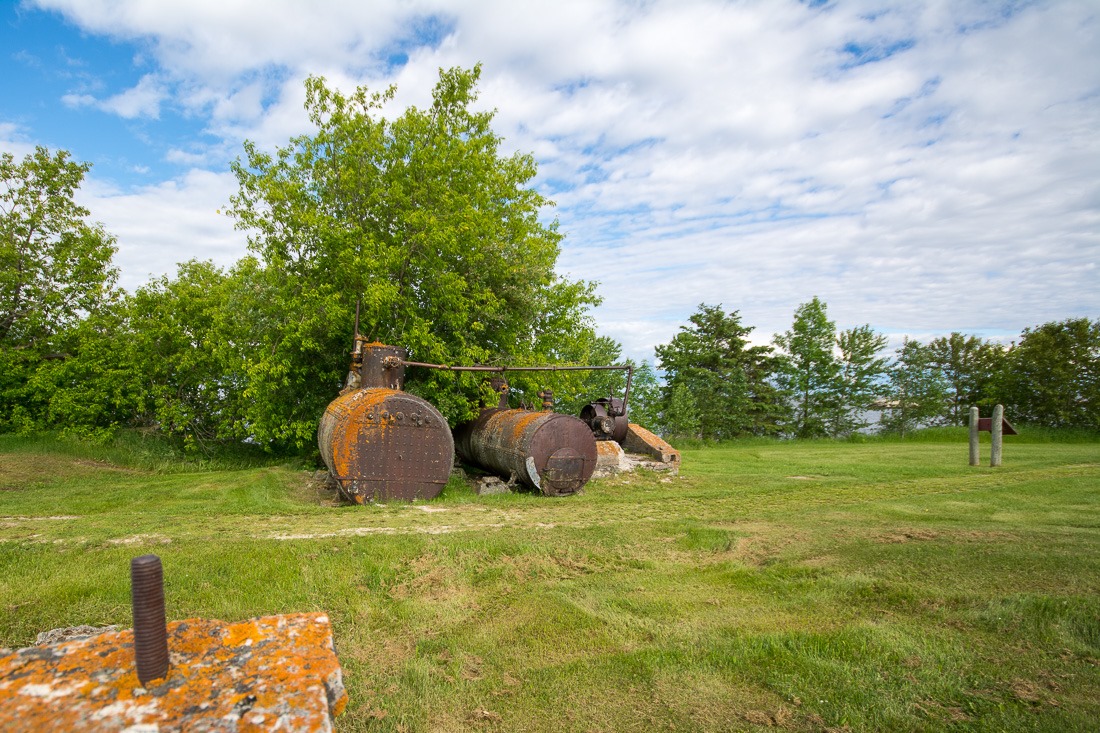 We thought that a little further away from the city would be better, the day promised to be hot and humid. Better stay away from all those sweaty city-people, right? So we went to Hecla Island. Hecla Island is a Provincial Park, for which you need to buy a yearly park pass. This year, due to some virus hanging around, those passes needed to be bought online and printed at home. For an 11.5% extra in price. I guess viruses have their uses. 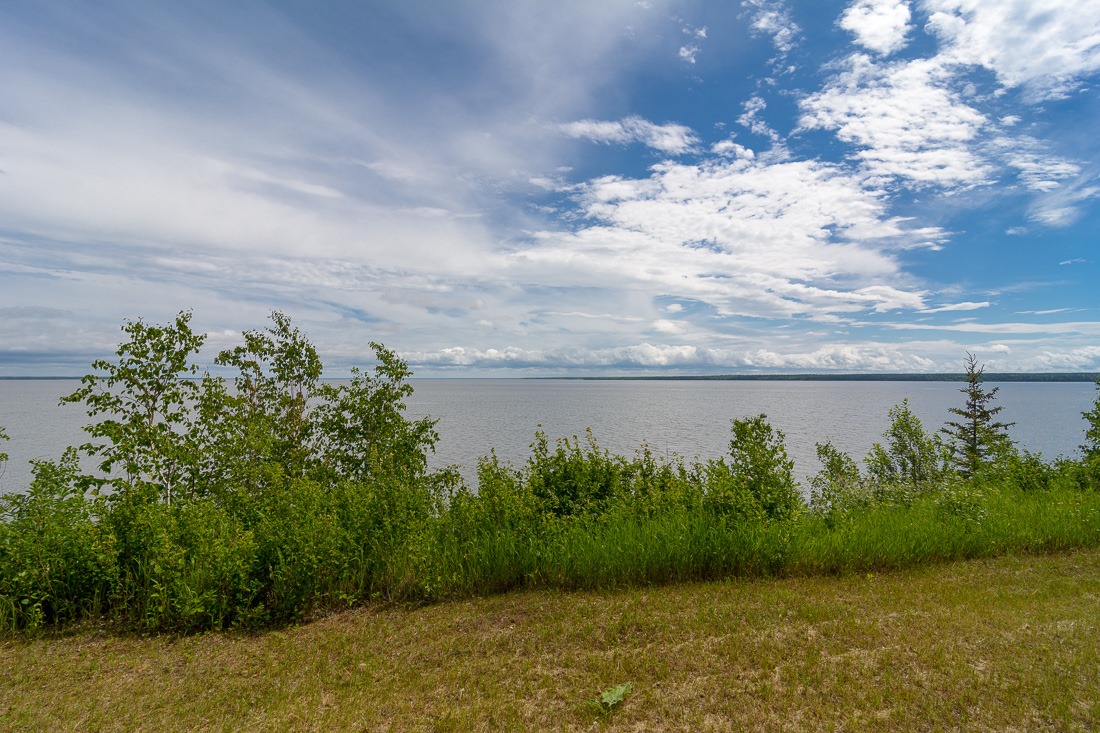 We decided to meet up at the entrance of the park and preferably fairly early in the day. It should be quieter like that. Well, as it appeared, we were not the only ones having that same idea. The lookout tower at Gull Harbour (the end of the road) was a little overcrowded when we arrived. Then again, we didn’t come there to molest our knees, but to eat. A personal barbecue was welcome, as firepits in that area are non-existent. Better bring your own and be safe 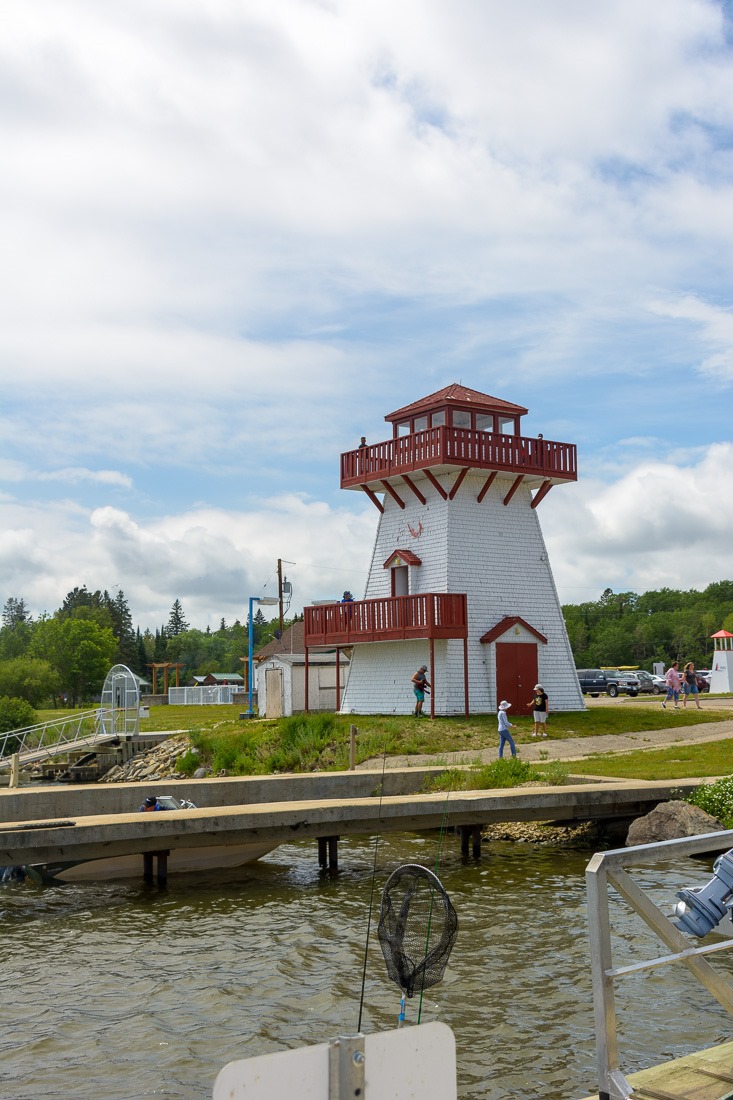 After the food part of the day was done, we decided to look around on the island and take in the scenery. The little tower in Gull Harbour is often referred to as a lighthouse, but this one (pictured above) has never served as such. This one is free to climb into, look around and check the view from the upper balcony. 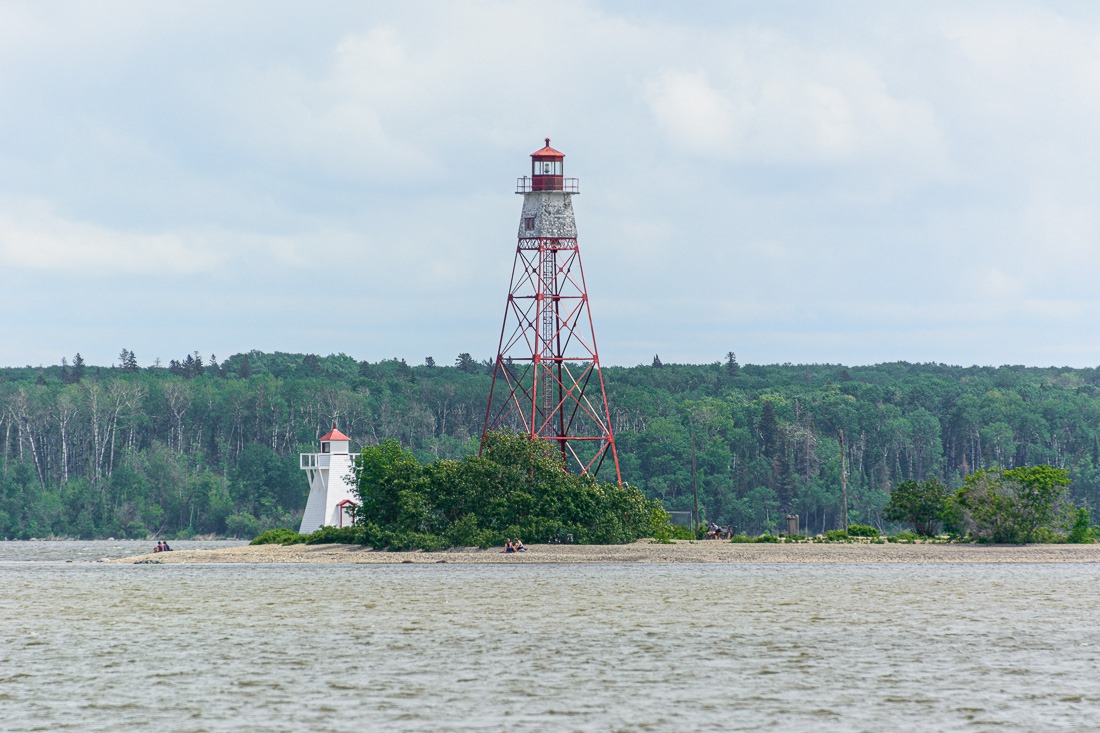 On the other side of the harbour, there are two lighthouses. One of which is more than 130 years old. The taller one was built in the 1920s to replace the small one. Lighthouses on a lake? Yes, the channel here is between the north basin and south basin of Lake Winnipeg. Strong currents and high rocks litter the area. Dangerous enough to warrant a working lighthouse, even today.

Then it was time to cool off on the beach. But people who know me will wonder if I can sit still long enough on a beach with a camera 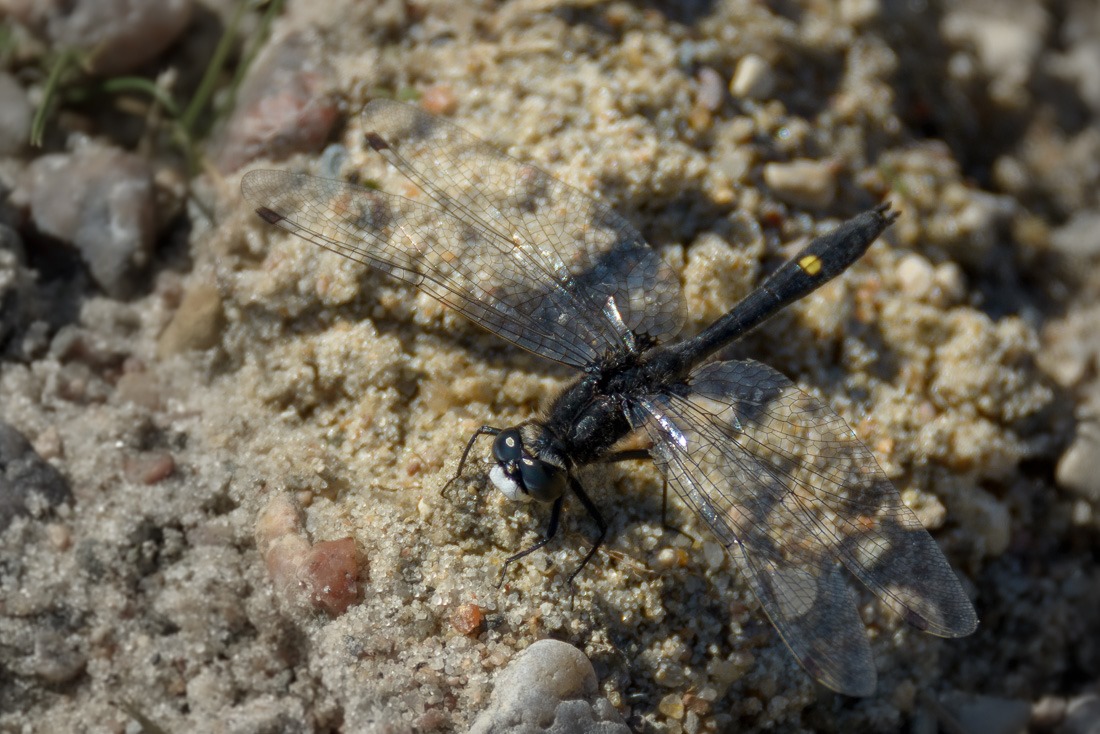 The answer to that is “nope!”

. Fresh water beaches have all kinds of critters that pique my interest. This Dot-Tailed Whiteface was kind enough to sit still for me to photograph it. These guys are very fast and have excellent eyesight. They don’t like people very much and prefer mosquitoes for food. In the absence of mosquitoes, other dragonflies will also serve as meals. After all, there is much more protein in a dragonfly than in a mosquito. But they are also harder to catch and roles may be reversed. 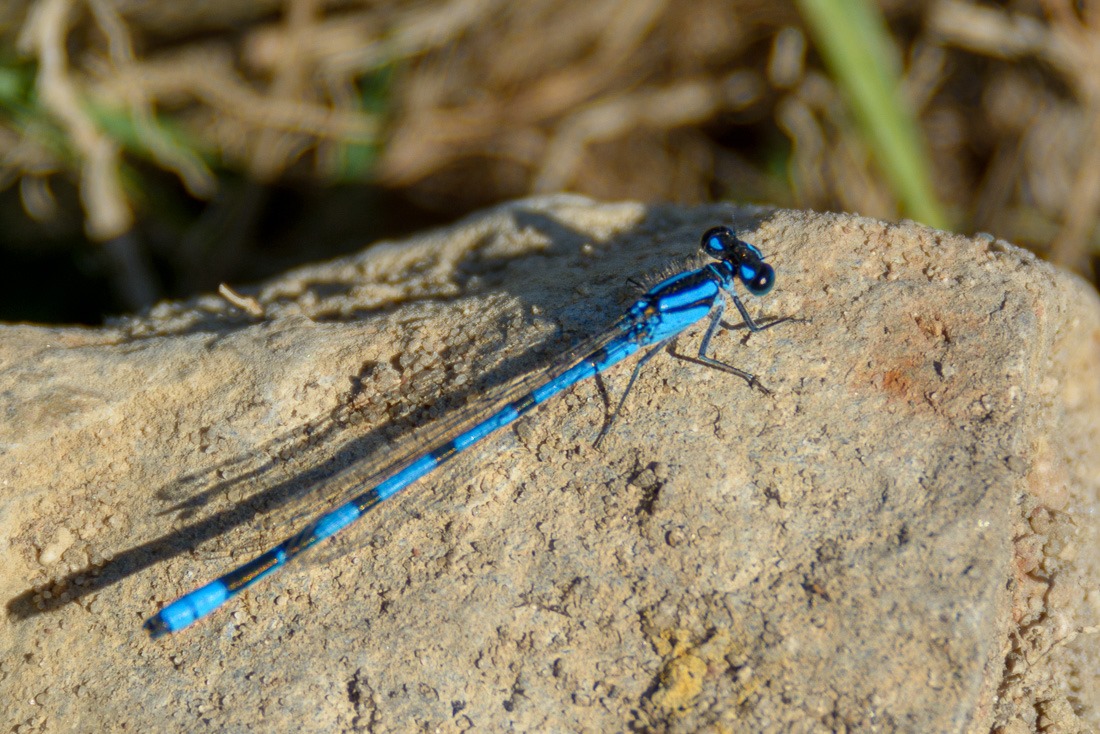 When there are dragonflies around, Damselflies are not far away. While they somewhat look alike (I know people who cannot tell them apart…) they are different. They also don’t like each other very much. To the point that Damselflies will prevent Dragonflies from laying eggs in the same area of a pond as they do. Mostly because in the aquatic larval stage, both insects are ferocious hunters and killers. 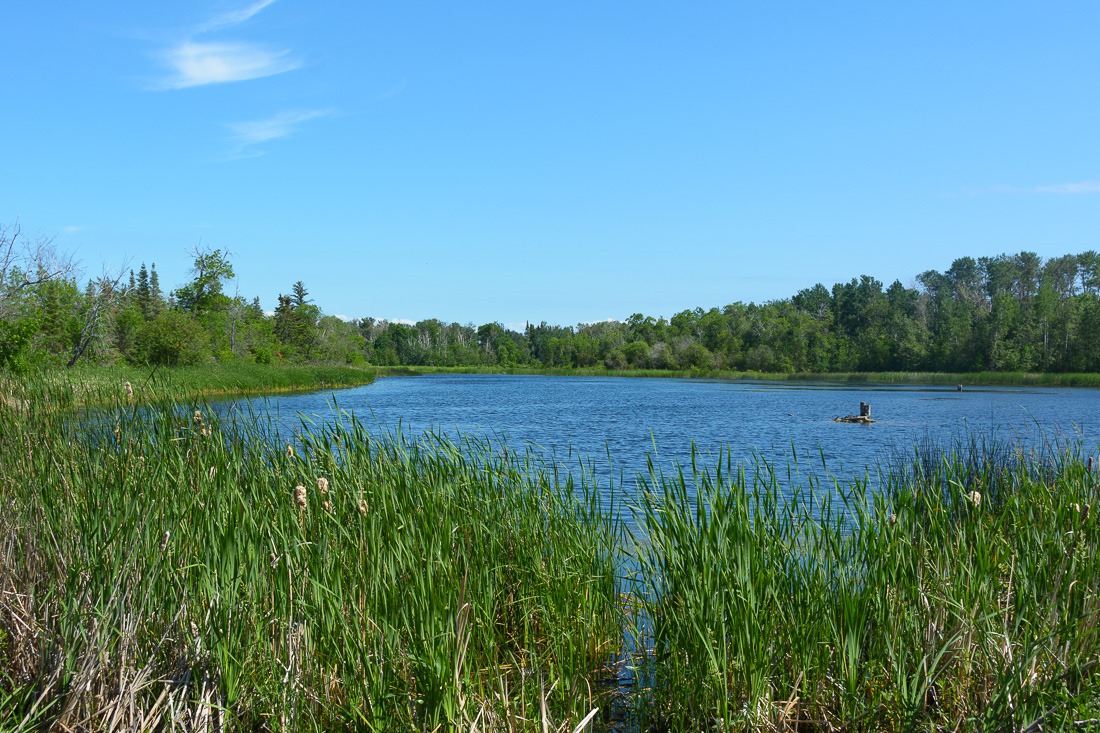 So where do these damsels and dragons start their lives? Here in the pond, of course! A small body of water called the Lagoon apparently provides a perfect habitat for these critters.

A day at the lake, yes. A day at the beach doing nothing, hardly. One can’t keep me sitting still for very long with a camera in my hand.