A bridge too far…

A bit of a cheesy title in this period of the year, right? Bridges can be beautiful works of art or exceedingly boring structures. Most bridges have a story to them, how they came into existence, what happened and when. 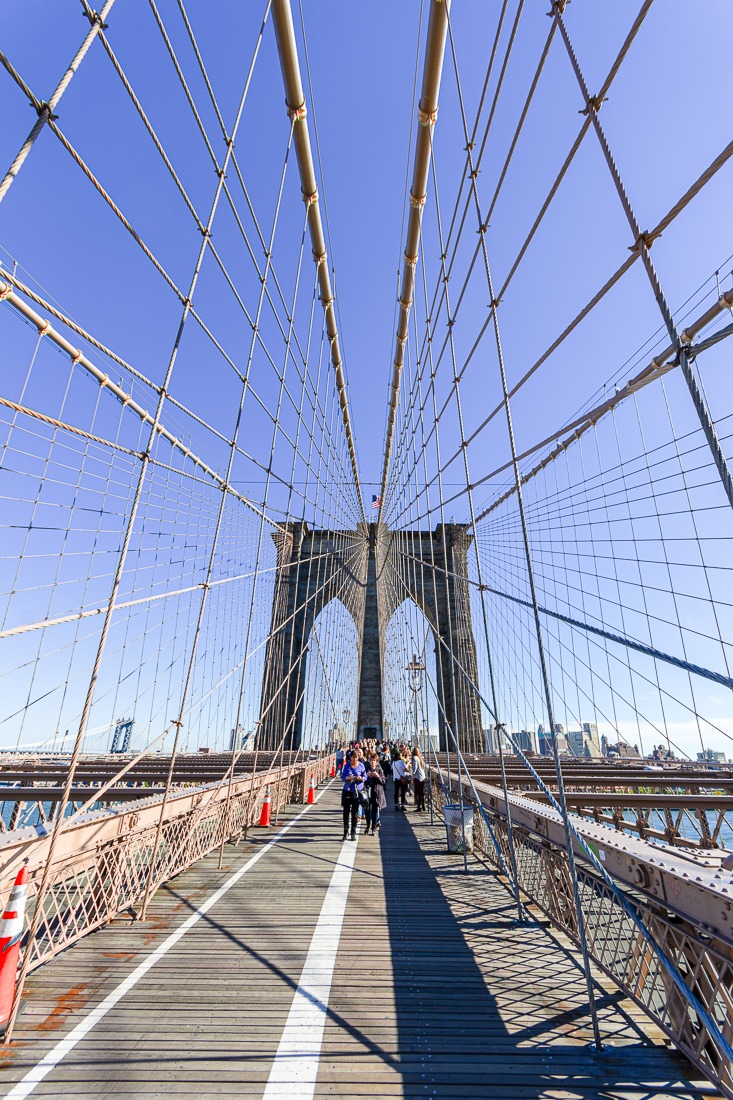 While the bridges portrayed in the movie “A bridge too far” are not in this post, somehow the events of those days have brought this blog into being. Had it not been for the Canadians liberating The Netherlands, I might not have existed at all…

I like to remember the fact that the Canadians liberated my city of Leeuwarden in 1945 without firing even a single shot. The Nazis had vacated the city on the news of the Canadians approaching. Their reputation preceded them and had done the job peacefully. 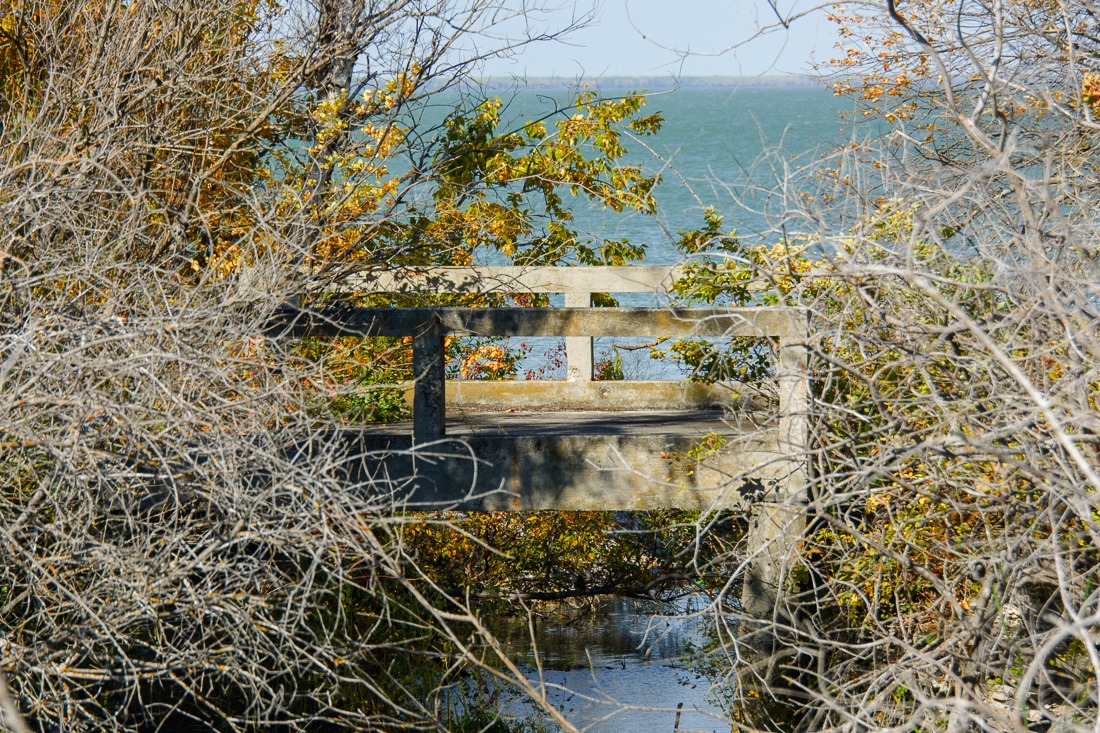 I have no pictures of the bridges that were crossed in that time, as they have been destroyed and rebuilt since. So I present you with some interesting bridges of today and a little older than today. The above bridge is of historical interest as if was made entirely of concrete. It is the “concrete bridge” near Steep Rock, Manitoba. The cement factory Lafarge was located close by and needed a bridge. So why not create one out of concrete? 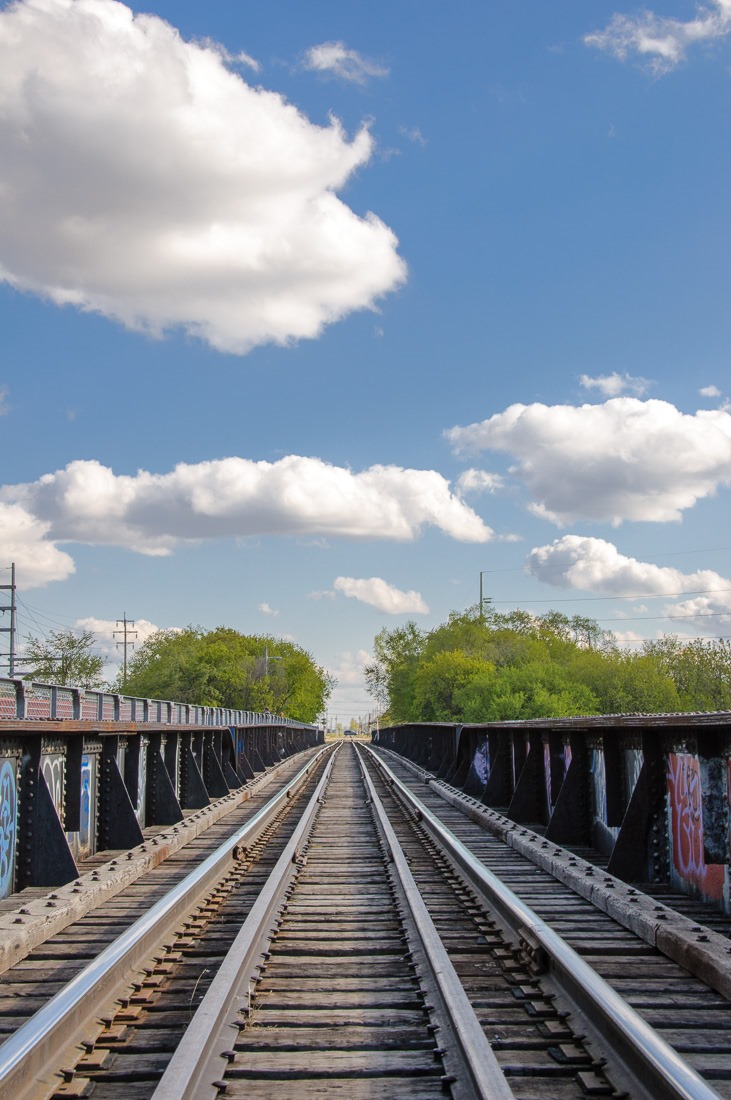 When I first arrived in Winnipeg, I had no car or other transport. This little bridge over the Assiniboine was all I could get on foot. Already a “long” walk when you come from close to Confusion Corner… This one was taken in a period when I was still shooting JPGs, so the clouds are a bit weird 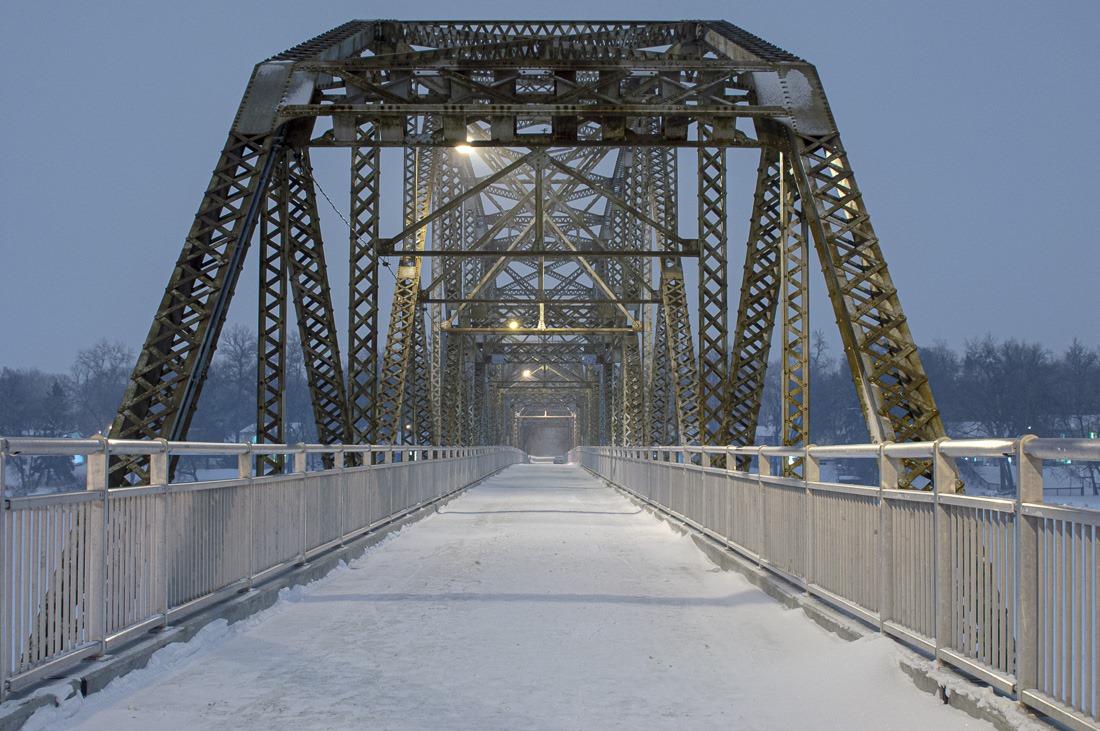 Shooting JPG was done after a short period, once I had enough of the camera under my belt. Night shots have always been my favourites. Colours come out of the woodwork where one would never have expected them. Once colour “corrected” as with this BDI bridge, it becomes a view few people have contemplated with the orange sodium lighting of that time. 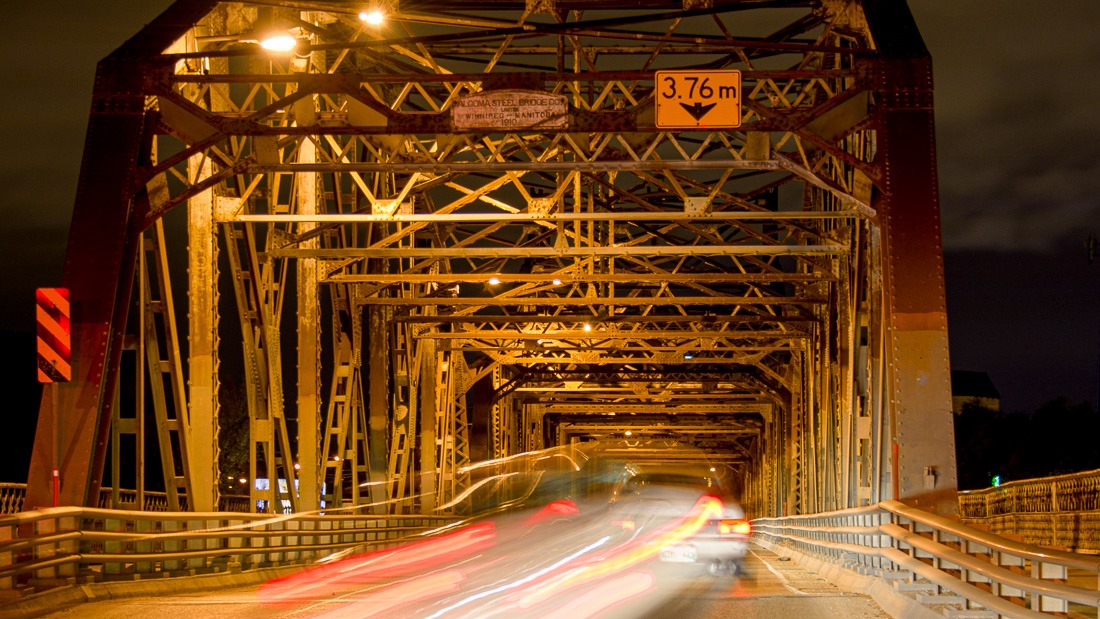 When not corrected, the sodium will cast an fierce orange glow. But applying the same correction to the Louise Bridge above didn’t appeal to me. So you will get the orange version instead. 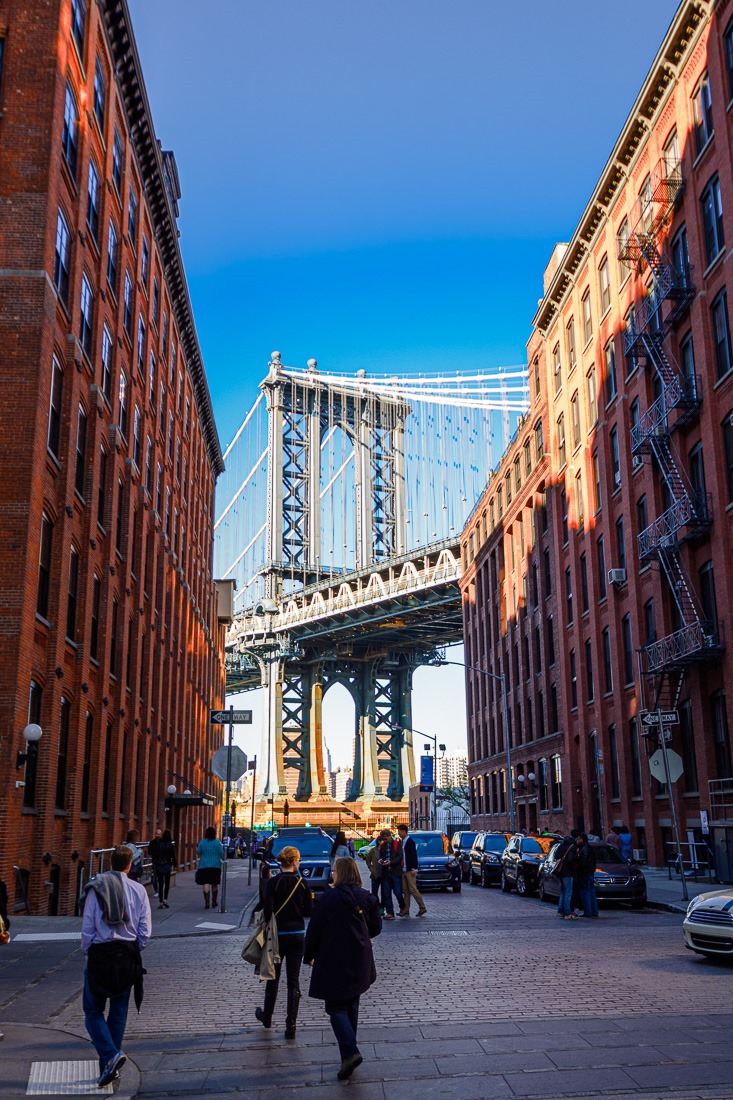 New York City has a large number of bridges. The lead picture of this post is the Brooklyn Bridge. Fraught with financial and other troubles, it nearly didn’t see completion. Luckily for us, they did push it through and the bridge can still be used today. The view-through on the Manhattan Bridge has been used in many movie productions. But as a simple photographer (or a “guy with a camera”) one can hardly expect the streets to be empty of cars and pedestrians. 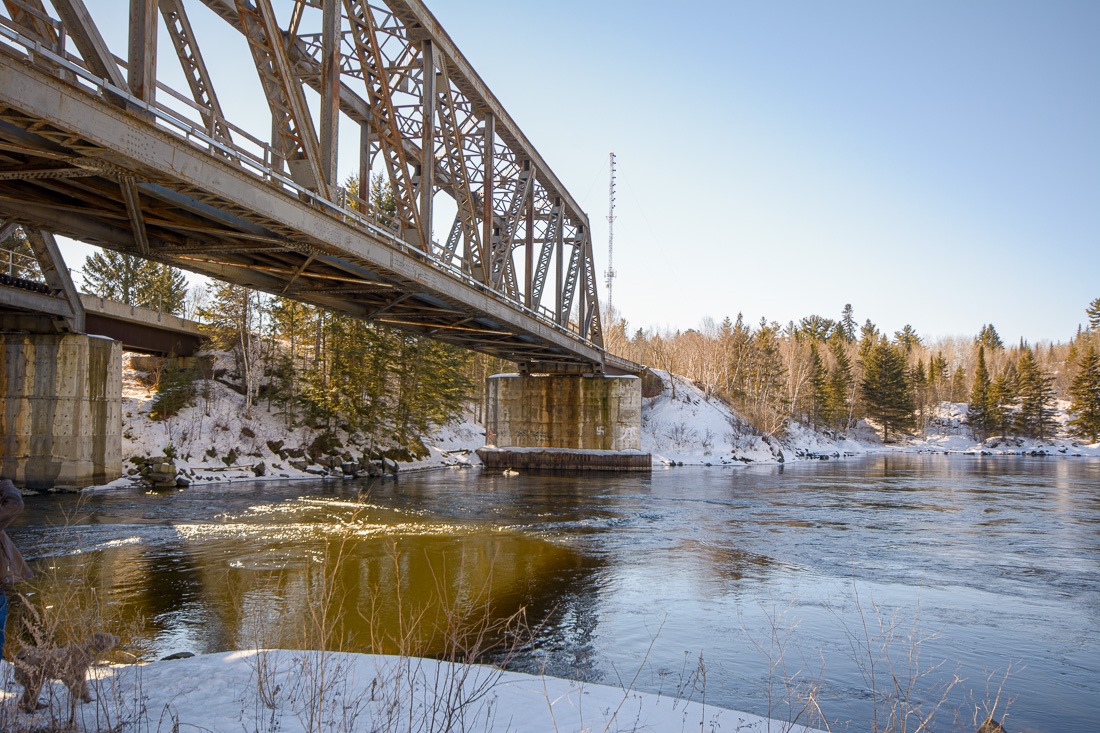 Lake of the Woods

In Canada we also have lots of bridges. Yet on the prairies, they seems to be few and far between. I wonder why

. The above bridge is in Kenora, Ontario. An active bridge where trespassing is not recommended. 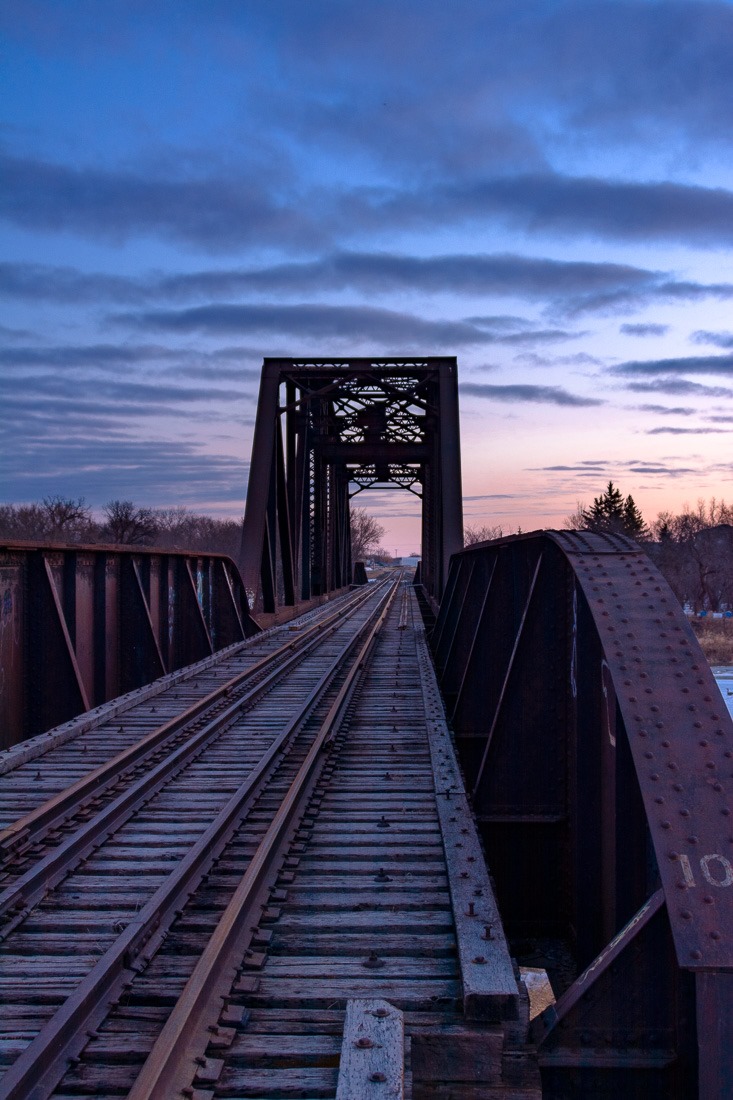 Train bridges over the Assiniboine River are plentiful, one I like a lot is the one in Headingly, just west of Winnipeg. Shot early morning, just around sunrise gave me a very nice view of it. Despite the rust on the tracks, this is an active rail line. A few months after this shot, a car got stuck on the tracks and was pushed over the bridge by and oncoming train

. It simply goes to show that even if the tracks are rusty and no train is in sight does not mean that there is no danger. Checking your surroundings is mandatory if you want to get this kind of shot. 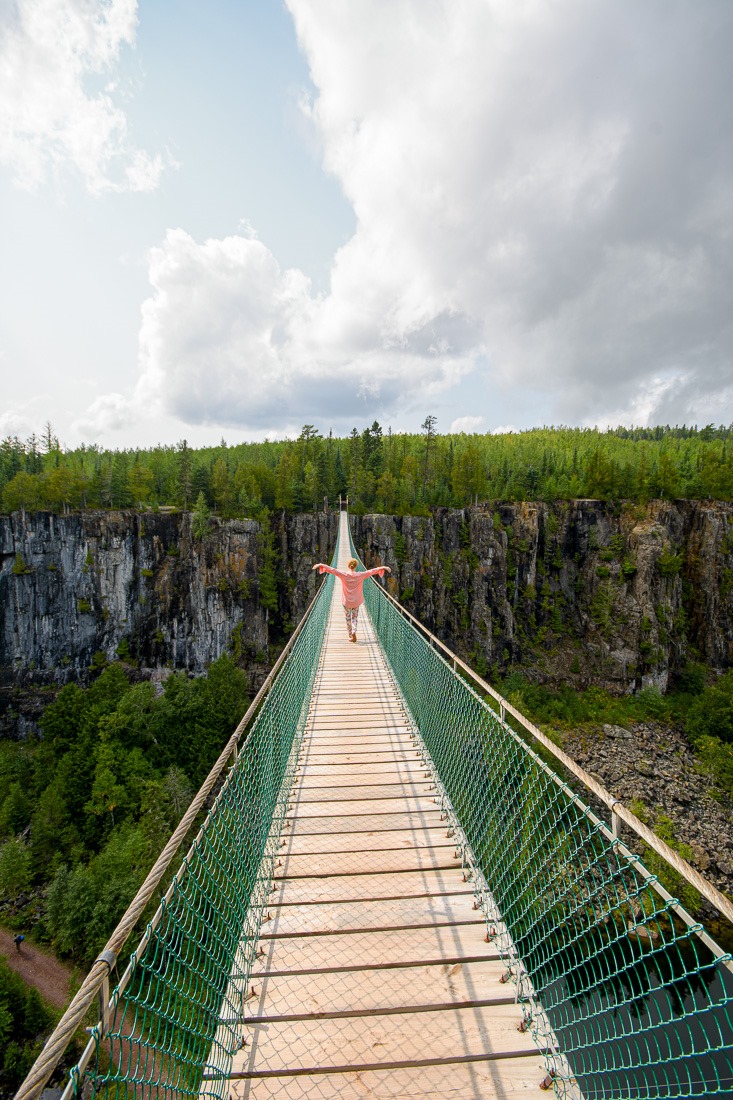 The ones that pose no danger unless you have vertigo are the foot bridges. This one is in Ontario, over the Ouimet Canyon. On the left you can see someone walking on the bottom of the canyon. Quite the drop, if you really want to think about that. I don’t. 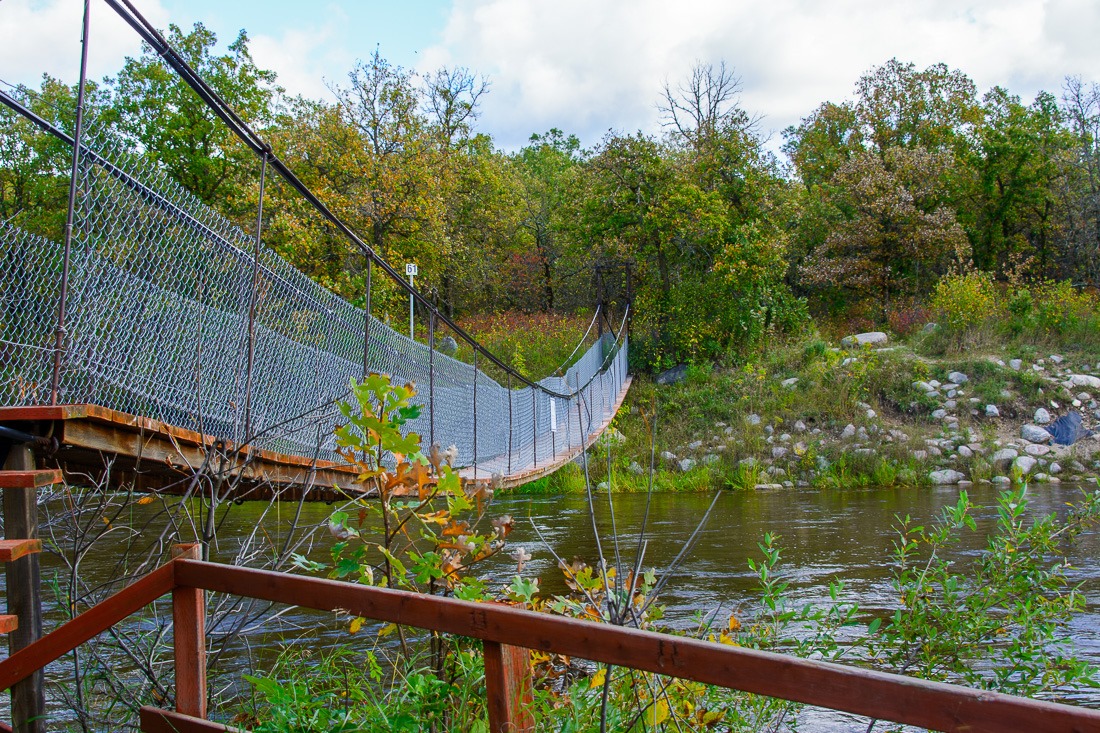 But while this was on a vacation, children in the Senkiw area in Manitoba had to use this bridge every day to go to school and come home again. And not “weather permitting” rain, snow, wind or frost, the bridge was there to get them over the river. Now that was dedication. Or perhaps the kids simply had no choice. Either way, the bridge is still there to be crossed.

None of these bridges were one too far, I crossed them all and came back in one piece.