Times are troubling. We are supposed to stay close to our homes, not to go on road trips and Heaven forbid cross any borders. Never mind the type of border, just don’t cross them. Or cross your neighbour, for that matter. In some countries, ratting out your neighbour to the police is encouraged by the government. 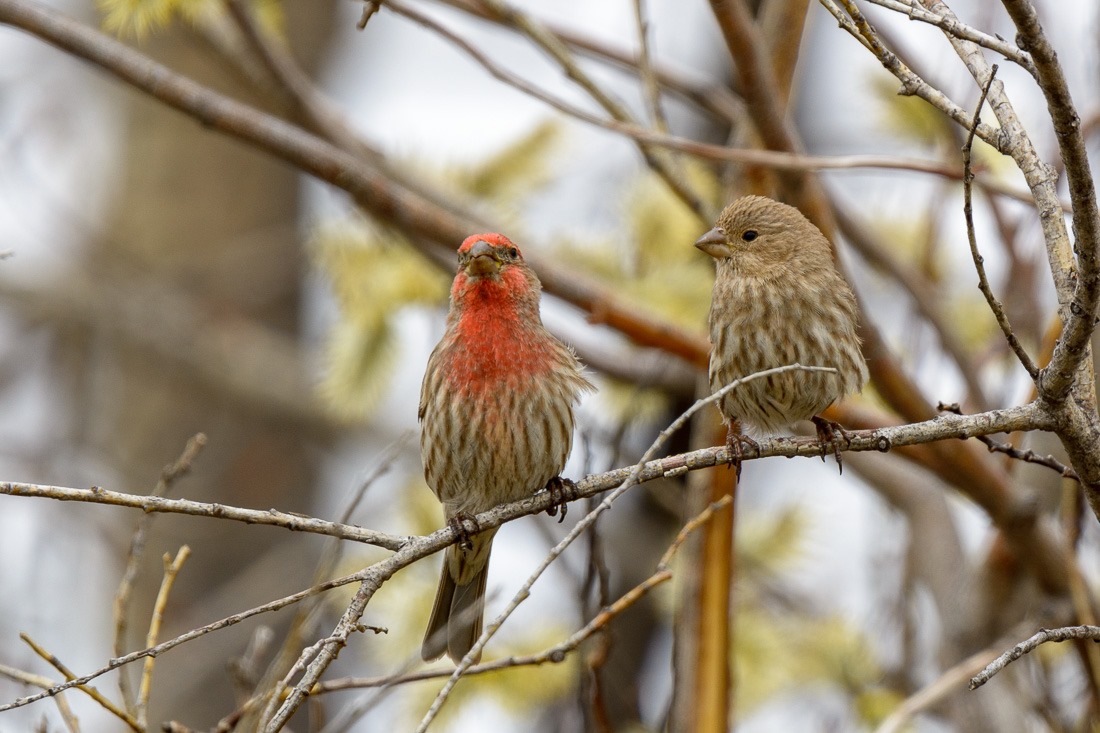 Happily in Canada we don’t go that far. Yet travelling is sometimes pointed at with accusing fingers, as if sitting alone in your car or truck will infect someone with a virus you don’t have.

Or perhaps you don’t know you have. At any rate, fingers will be pointed and tongues will wag. So I decided to give it a try and stay home for a while. Luckily I have a modest backyard with some trees bordering it. Until now, I have seen or spotted only two or three different species of birds. Mainly crows, Chickadees and sparrows. I overlook my yard from the kitchen during breakfast. That is the time that I usually don’t have my glasses on yet. One sparrow so much looks like any other sparrow, right? 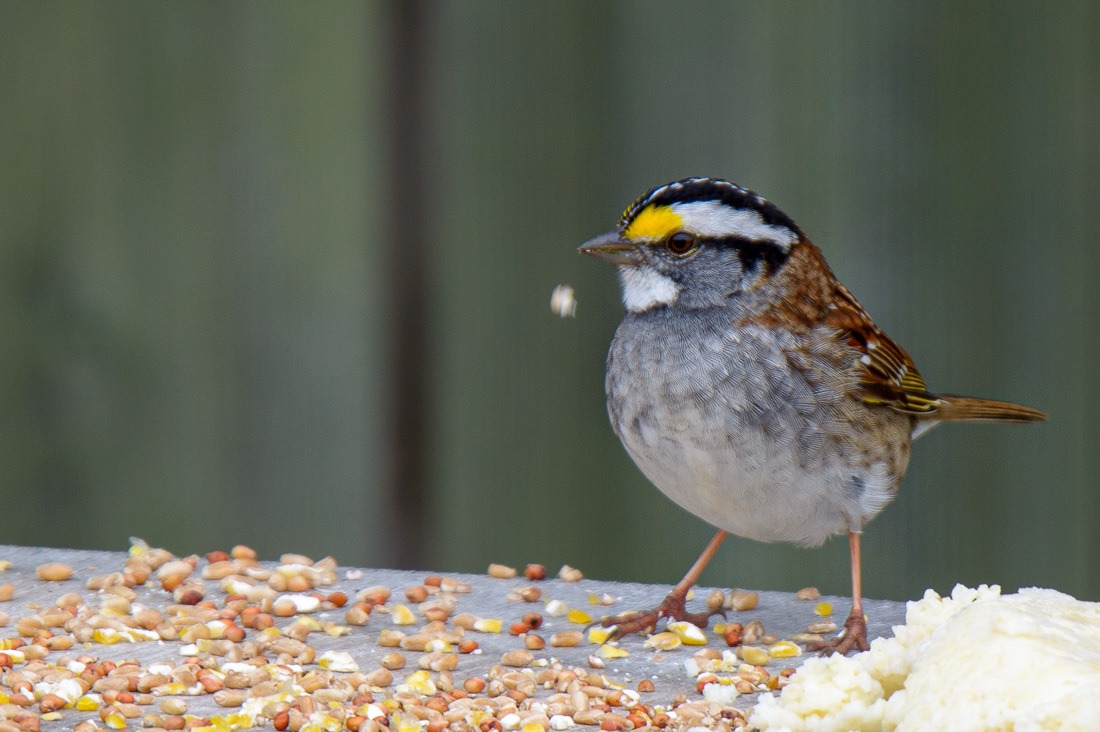 From far away, perhaps, but when scrutinised with a 600mm lens, they suddenly look very different

. The above White Throated Sparrow was a surprise for me. I am used to the similar, but mostly brown coloured House Sparrows pecking away at the breadcrumbs we once shook out in the backyards. 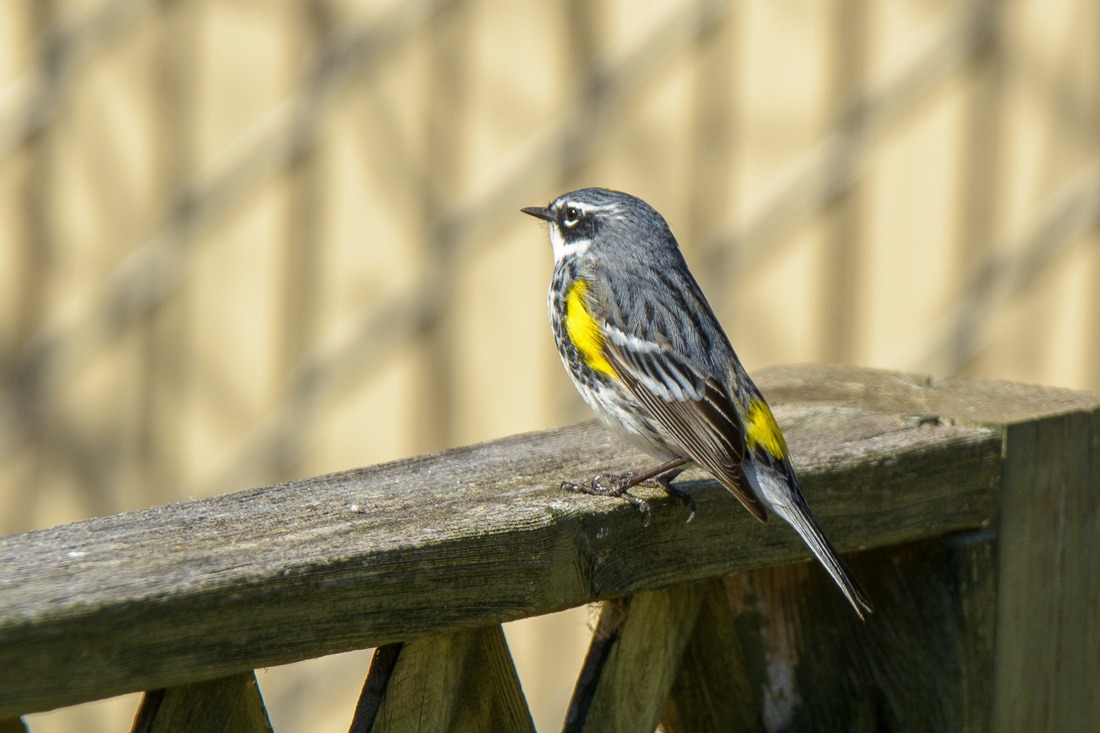 Similar to a sparrow, without my glasses and before morning coffee is this Yellow-Rumped Warbler. It was only when I heard it singing in the yard, that I realised that it was not a sparrow. Its song prompted me to bring out my tripod and my camera. After a decent breakfast. 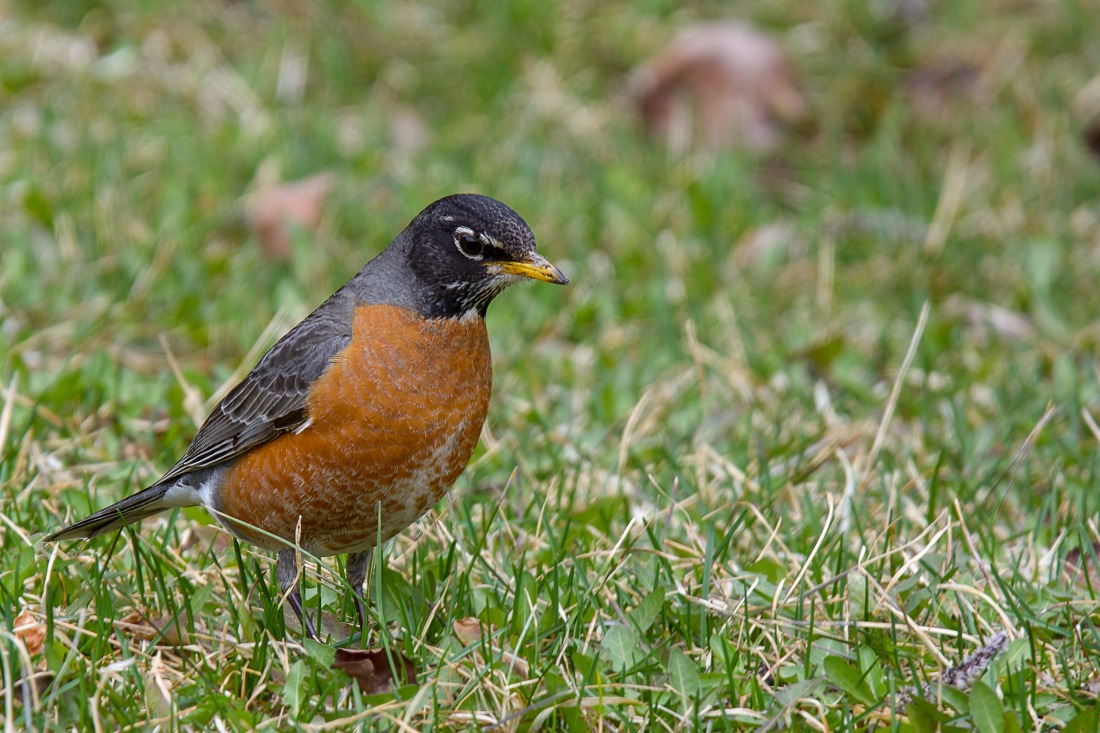 When I noticed the diversity of birds in the yard, I decided to get some bird feed and put it out on an old table. More birds came in, even the ones that prefer worms and bugs. This American Robin, though prefers to come in late afternoon and preferably after a rainy period. It has way more success in finding worms than me when I want to go fishing. 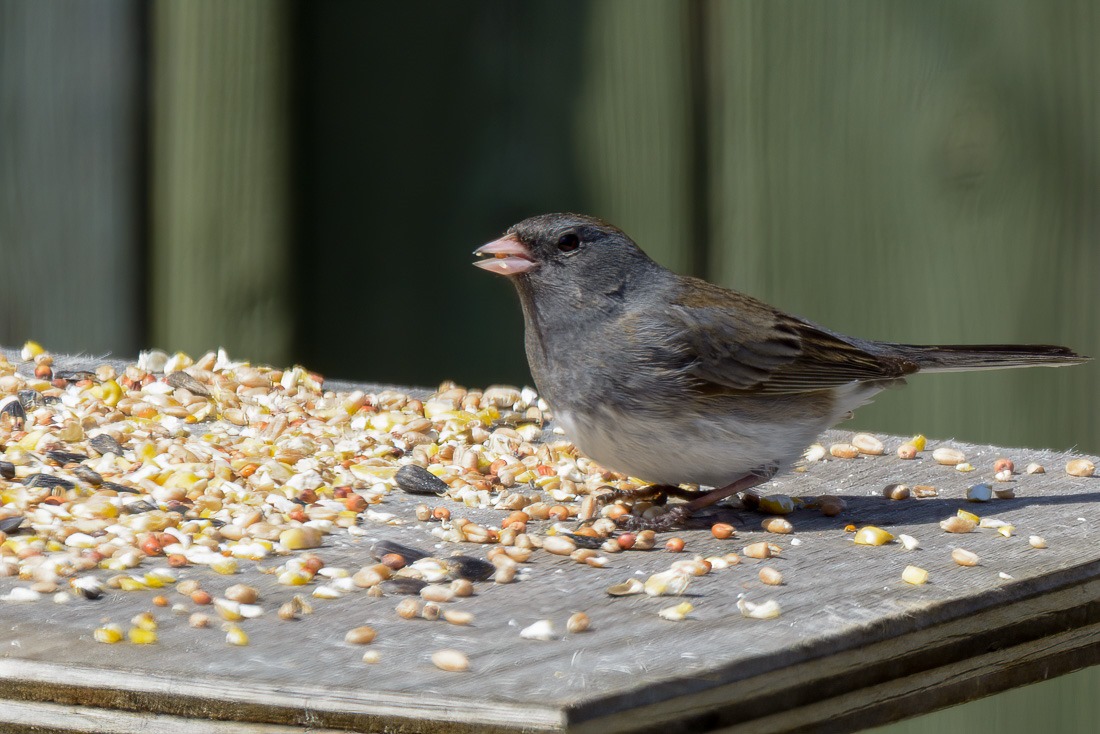 This little Dark Eyed Junco was very happy to get some well deserved food on the table. This one and its friends remained there until there was nothing left. Not even the residential squirrel was lucky enough to take away a meal. 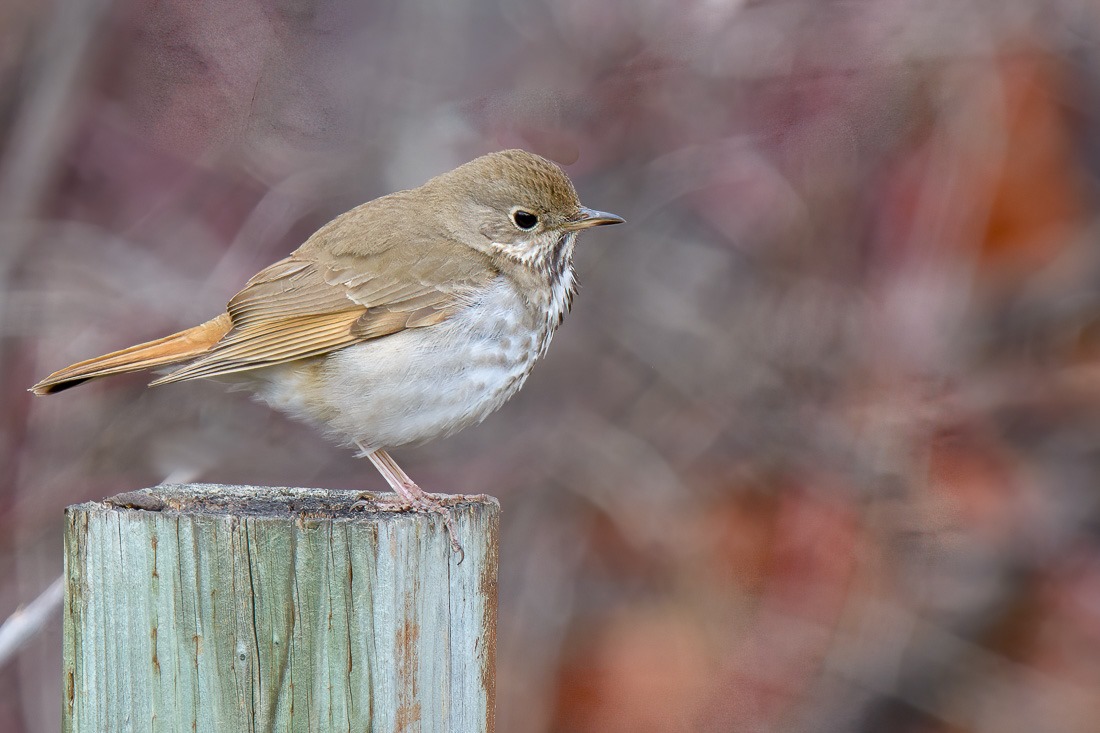 Once I had my camera out, I also spotted this Hermit Thrush. I didn’t catch them eating in my yard, so they must be after something else. It was nice seeing them, though. Then I spotted the little couple of House Finches in the trees. The lead picture in this post shows them off nicely. 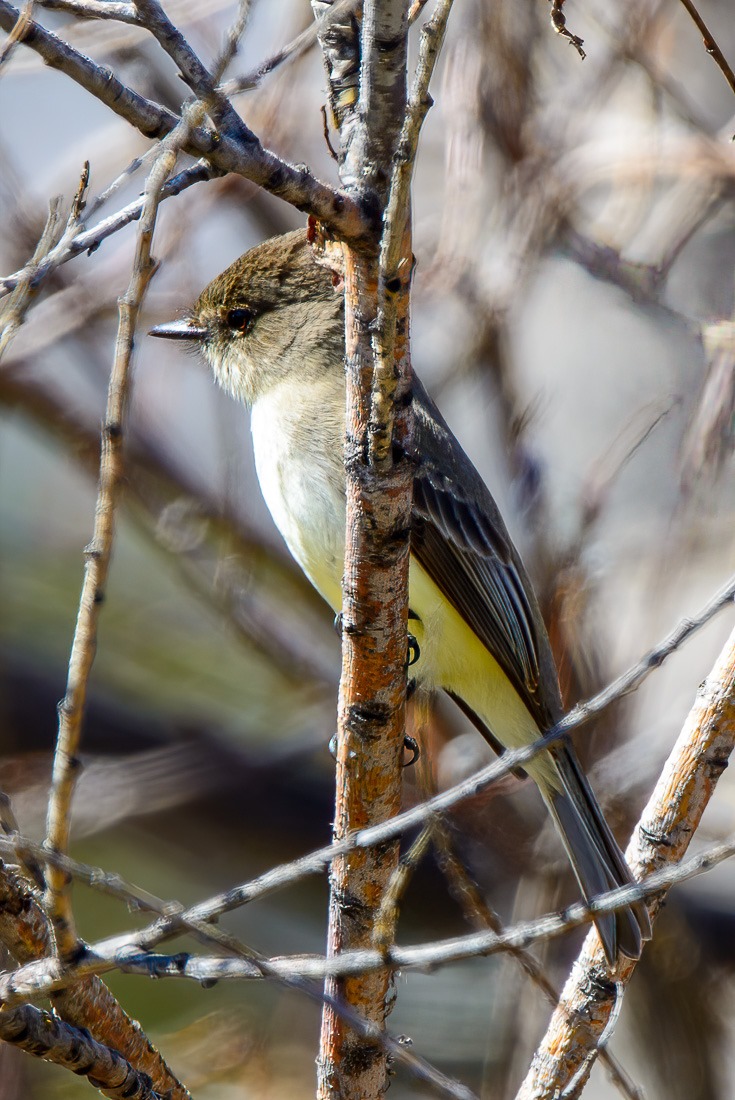 A passing bird in the trees was this Eastern Phoebe, staying just long enough for me to take a few pictures, then it moved on. I never saw it again. If I had seen it again, I would have tried to take a better picture of it. 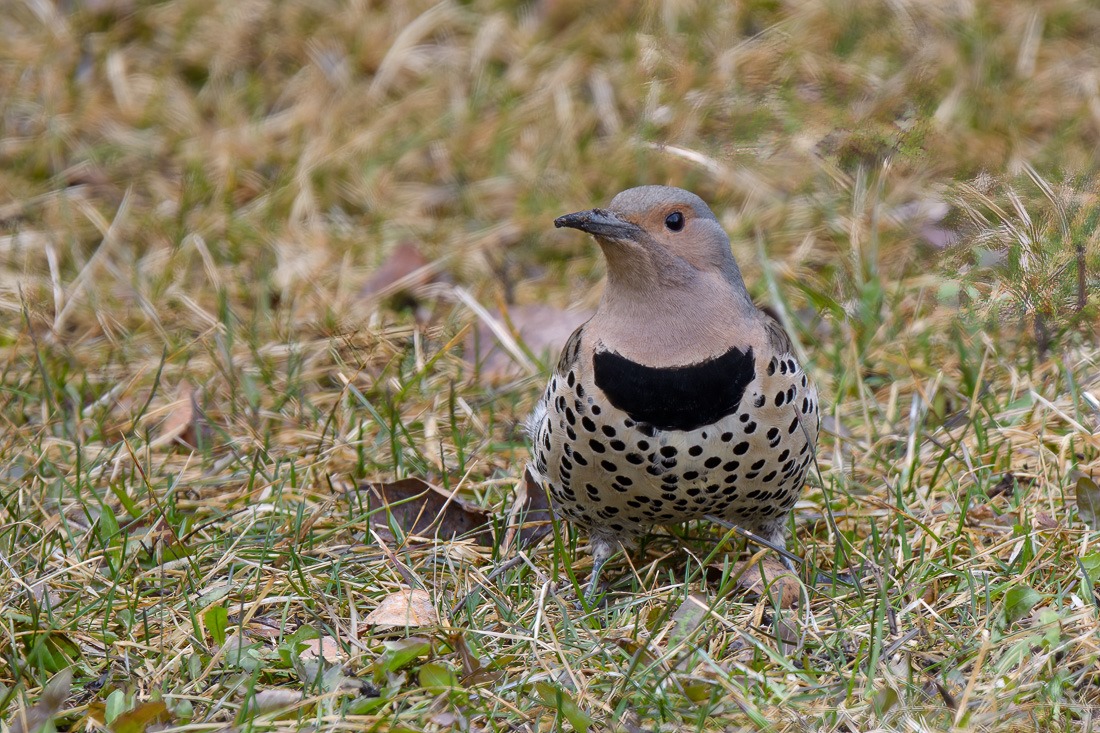 Meanwhile on the ground, another visitor came to dig up the lawn. This Northern Flicker (Yellow shafted, for the birders) and his family were looking for bugs. Apparently there are more bugs and worms in my yard than I have ever seen for myself. I have to admit that I am not as close to the ground as they are.

Apart from that Northern Flicker, you have to admit that without glasses, before morning coffee and from far away, all these birds look like Sparrows, right?