The earth is flat. We all know that. Take a look at the prairies in Canada. Nothing but flatness. Shooting that flatness can be somewhat of a challenge. It appears as if you never have enough angle on your lens to cover everything you see.

Whatever you try, there is not a lens that can convey the feeling you get when looking at that flat earth all around you.

This problem, that only photographers experience, can only be solved by photographers. Photographers are magicians of vision. They can enlarge what cannot be seen. They can make angles wider than whatever equipment manufacturer can ever provide.

We call that panorama photography. By stitching two or more photographs together, the effect of having a very wide angle lens can be achieved. All you need is a bit of intelligent software to do some calculations. We all have such software today.

Back in the 1980’s I went on holiday to Norway. Shooting panoramas to convey the feeling of the landscape was the only way. Yet when I received my paper prints at home, the photos didn’t quite match up. I had enough overlap between the shots, but still some things were “off”. After that, I more or less abandoned the idea of doing this with twelve or more shots.

Panoramic cameras came later on the market, but they had different issues for me. It was only when digital photography came along that I was able to figure out a way to stitch multiple shots together to create something bigger than what my camera wanted me to believe. The software that came with my first digital point and shoot (a Nikon Coolpix 4600) allowed me to stich the pictures. It used Adobe Flash to display them.

That was great, except that the maker of the software had apparently forgotten to pay any license fees for the Flash generating components in the software. So I had to find something else. Photoshop then got a little addon that allowed to do nearly the same thing, albeit not interactively. Oh well.

After that, Lightroom also came out with the stitching module. I was back in business with my panoramas! As it turned out, there was now a little more to “shooting panos” than just click away while turning your camera around you.

The better panoramas have quite the science attached to it. Sites like this one have that completely detailed out. In painful details. When I first went to that site, I started to wonder if I would ever be able to get a good panorama. As it turns out, the guys at Adobe did a great job figuring out how to deform the individual images in such a way that they fit together. Artefacts like a bendy road like in the shot above are common and inevitable.

Other artefacts, like people walking in different frames can now be removed automatically. Something I couldn’t even dream of when shooting film. Shots taken with additional tricks, like a polarising filter on a wide angle lens, can still cripple the panorama. Otherwise, the results are near perfect.

Software can do a lot nowadays. But you still have to abide by a few rules to get the best results. Never tilt or turn the camera differently between shots, the horizon will become wavy and irregular. Even the calmest lake will then give you seasickness. 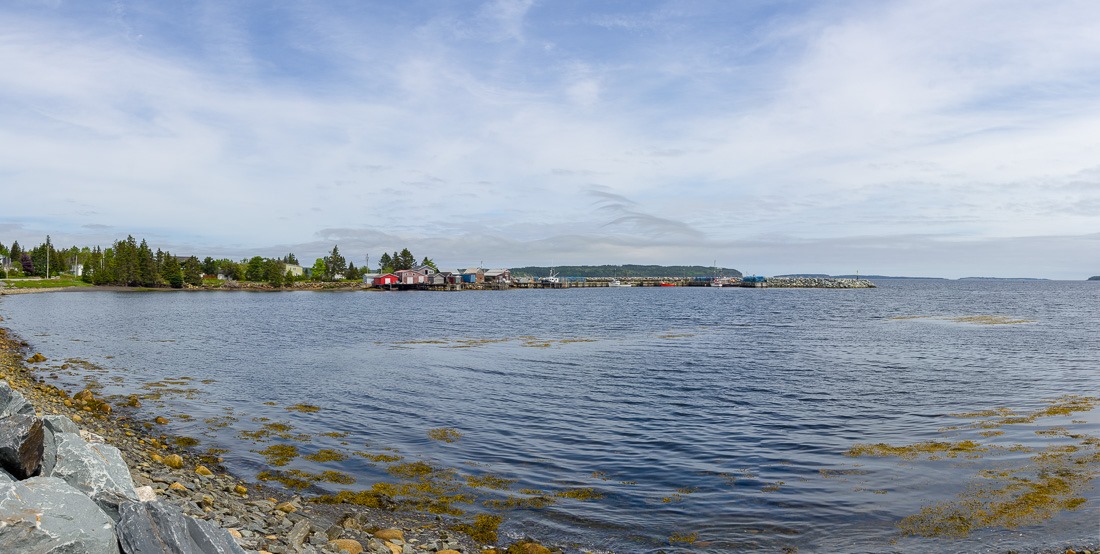 Use of a tripod for people that have unsteady hands or legs is still recommended. At least the shots will have a straight horizon

Today, my technique for shooting panoramas is pretty much “au point” or “well done”. After many trials and errors, together with the necessary disappointments, I got the technique where I want it. The most important part is to leave enough overlap between shots so that the software can figure out what goes where. The other one is to find a stable spot to shoot from. From there on it is smooth sailing. Oh, yes, using a wide angle lens could seem logical, but a lens with less distortion towards the edges like a 50mm or longer is preferred.

The earth is flat, we all know that on the prairies. The edges of our view are visible in every shot we take. There is only one way to shoot over those edges, and that is by shooting panoramas.

If you decide to shoot outside the edges of your camera, make sure to check your footing. You might trip into oblivion.