No, I’m not giving into it, I won’t! I love winter! Perhaps not so much this one, though… Wishing it were summer. We all get there at one point or another during the winter time. This hunkering for warmer times. 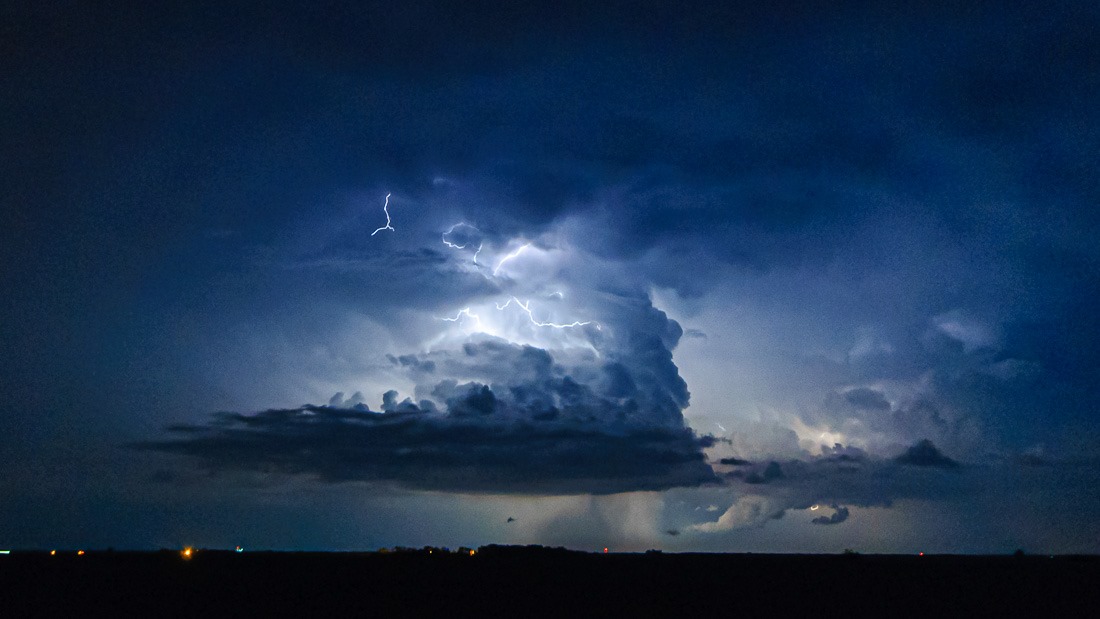 When winter is harsh and cold, I enjoy every minute of it. Yet, this year, Old Man Winter seems to be having second thoughts about hanging around. He’s not here with whiteouts or frozen limbs, yet everything is done to get sick. Sick with and of coughing, headaches and occasional bouts of fever.

A winter with cold spells and warm spells and everything in between. In Holland we called those winters “Kwakkelwinters”, or “Quack Winters” according to Google Translate. All in all not much to enjoy not even with an endless supply of Tylenol and lemon tea. 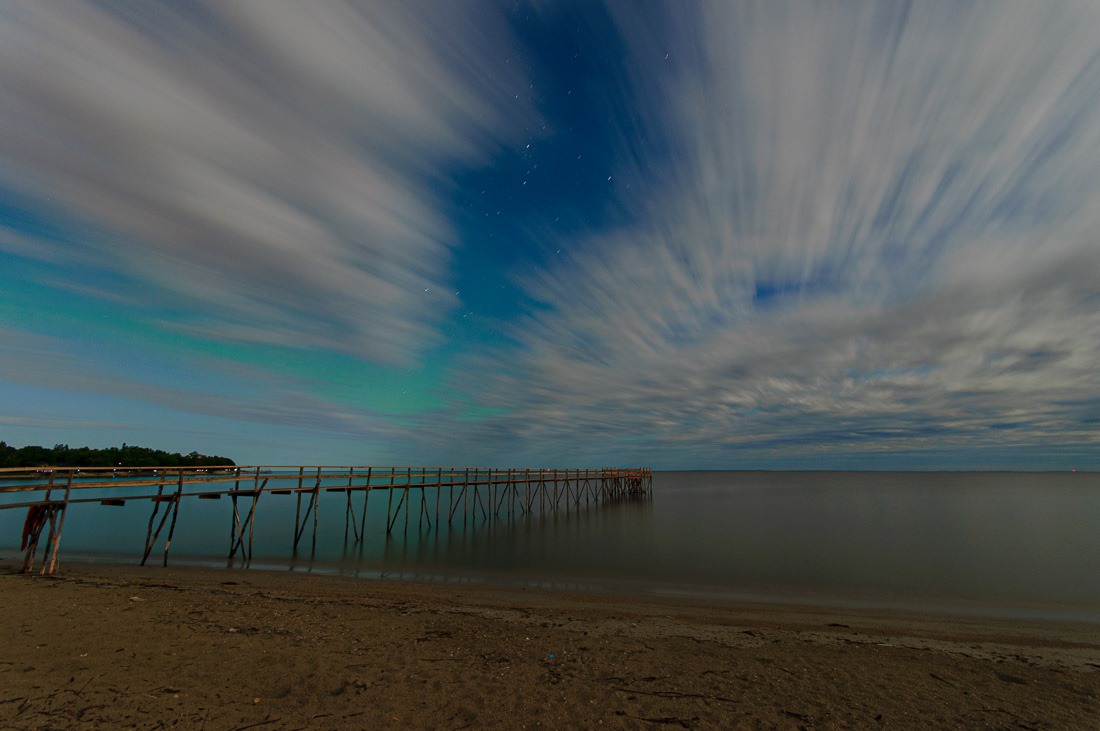 This is typically the time when I start to rummage through my archives to find pictures of different times. Warmer, mostly. My Lightroom allows for a selection of, for example, pictures taken in “July and August”. For the nerds out there, it should say “Pictures taken in July or August” since you cannot have a picture that is taken in both at the same time

Summer nights on a beach in Matlock, expecting a little bit of Aurora displays. It turned out to be a mediocre light show, but with the clouds moving through the sky it was a great night. 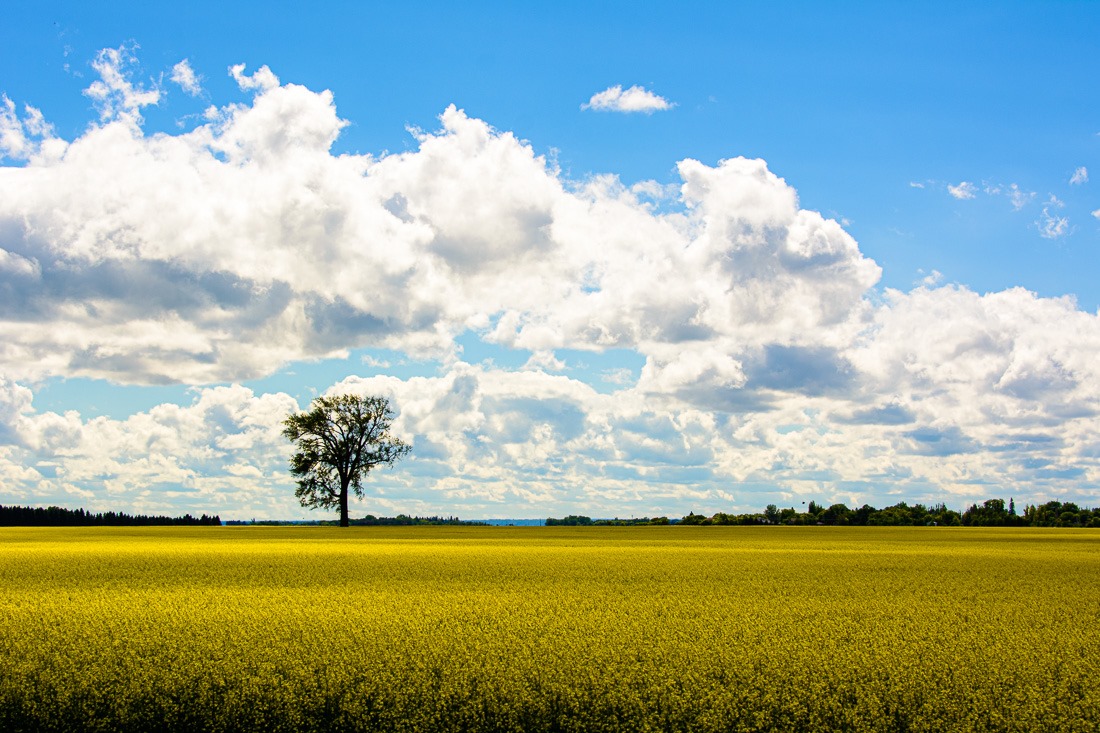 When one mentions “Summer on the prairies”, there has to be a picture of Canola fields in full bloom. Usually they feature dazzling yellow and blue, so to compensate those shots, I took this picture with some clouds and blue sky. I can still smell that canola field. 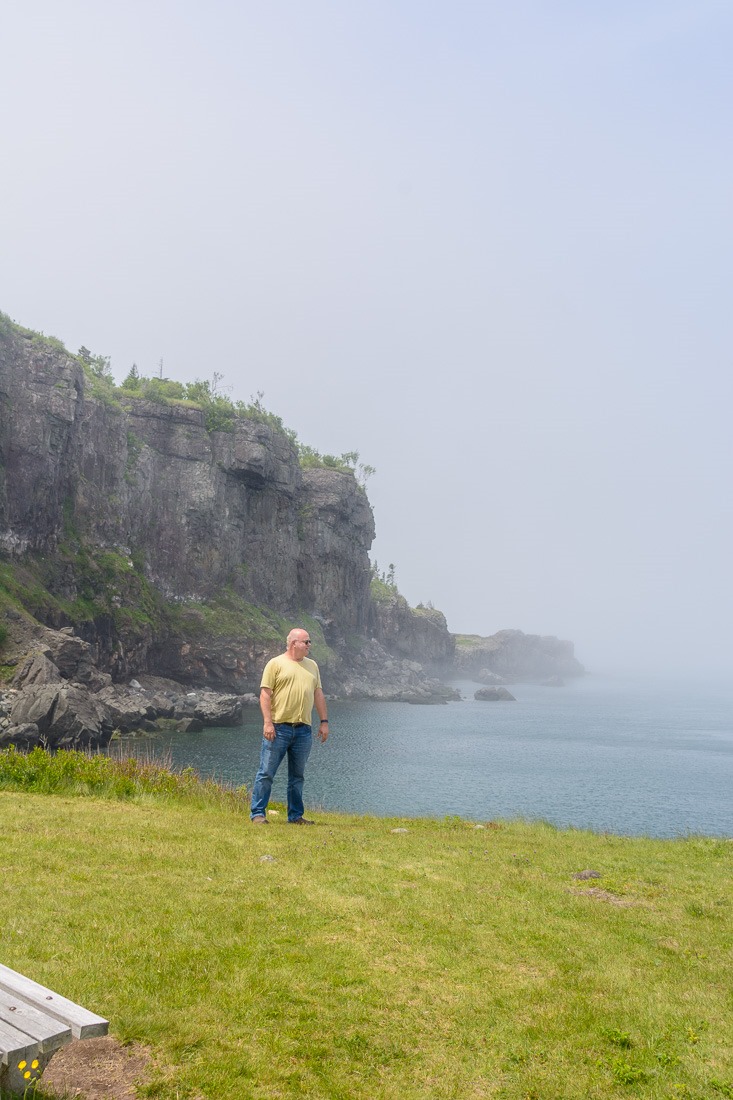 A holiday in Nova Scotia brought very different pleasures. Apart from the seafood chowders, that is. We found that the end of June still had that freshness of the ocean that we were so much looking for. Above, yours truly on the edge of the Bay of Fundy. A bit of haze in the background turned out to be one giant fog bank that made photography all but impossible about 15 minutes later. 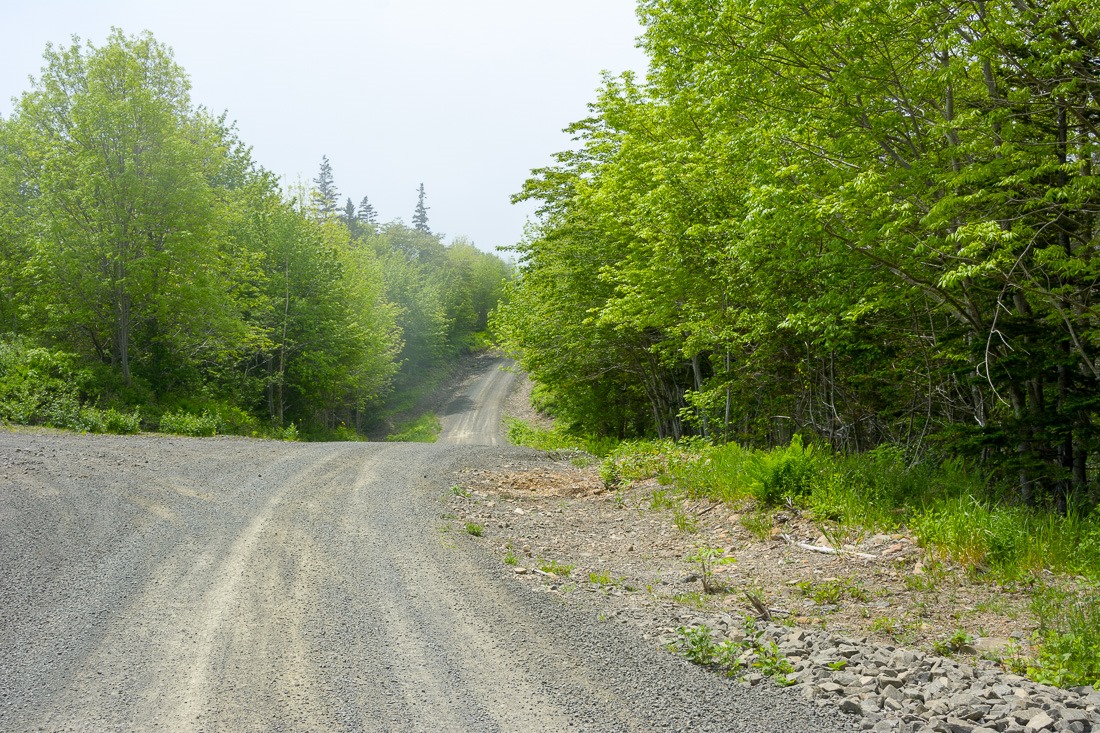 Ah, the pleasures of the maritime climate! While most roads in Nova Scotia are paved and in excellent condition, I still managed to get ourselves on a dirt road… And still, that lingering fog in the distance. I won’t complain about it, it reminds me a lot of my childhood. 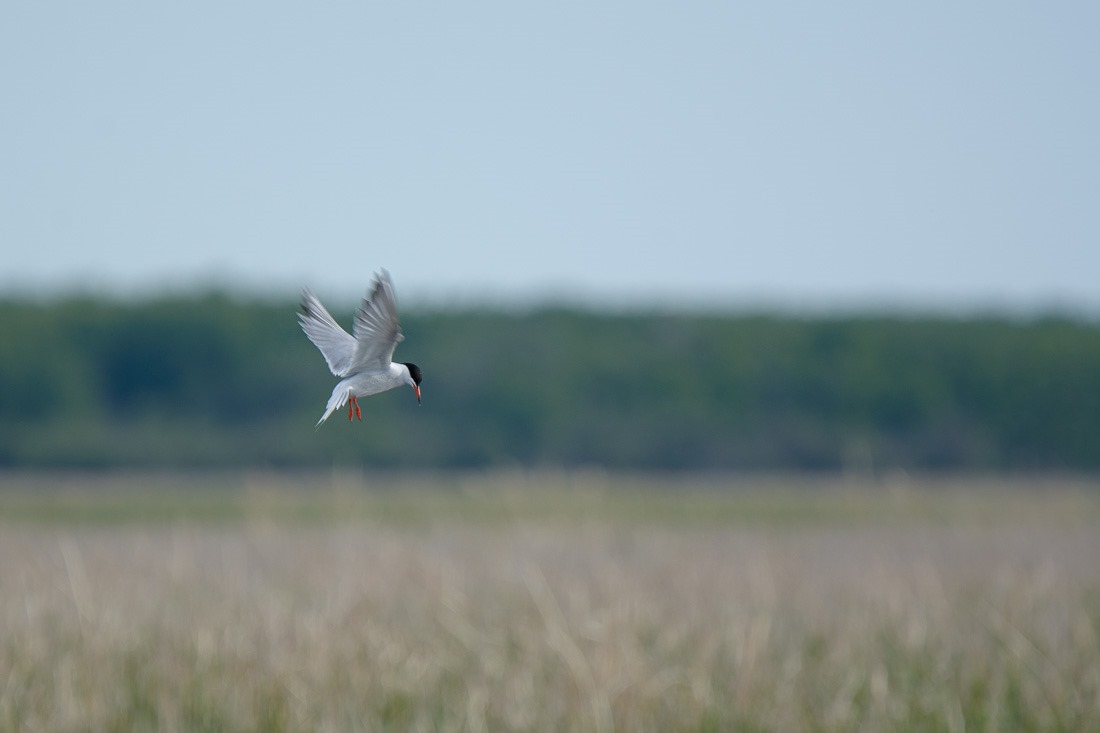 Back in Manitoba, summer birds are sight to be seen. At least if you can find them. By now I “know” many of the spots where they congregate and manage to get some good shots of them. The above Tern was hunting actively, ignoring me completely. 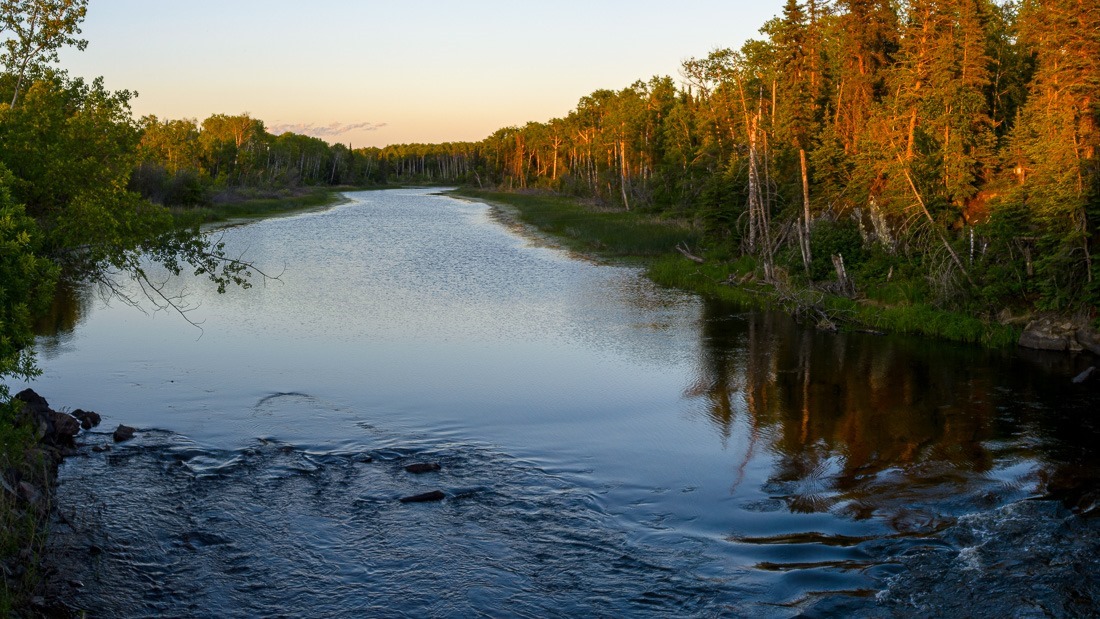 A little bit in the north east of Manitoba, evenings are all peace and quiet. Save for the odd wolf howl. Sunset over the Manigotagan River, all quiet until the spot where I am standing. There starts a raging waterfall into the lower part of the river that spills into Lake Winnipeg. At this point it was still quiet, a few minutes after sunset, the mosquitoes were hunting. Successfully, I should add. The nights here were the fastest way for me to get rid of high blood pressure. 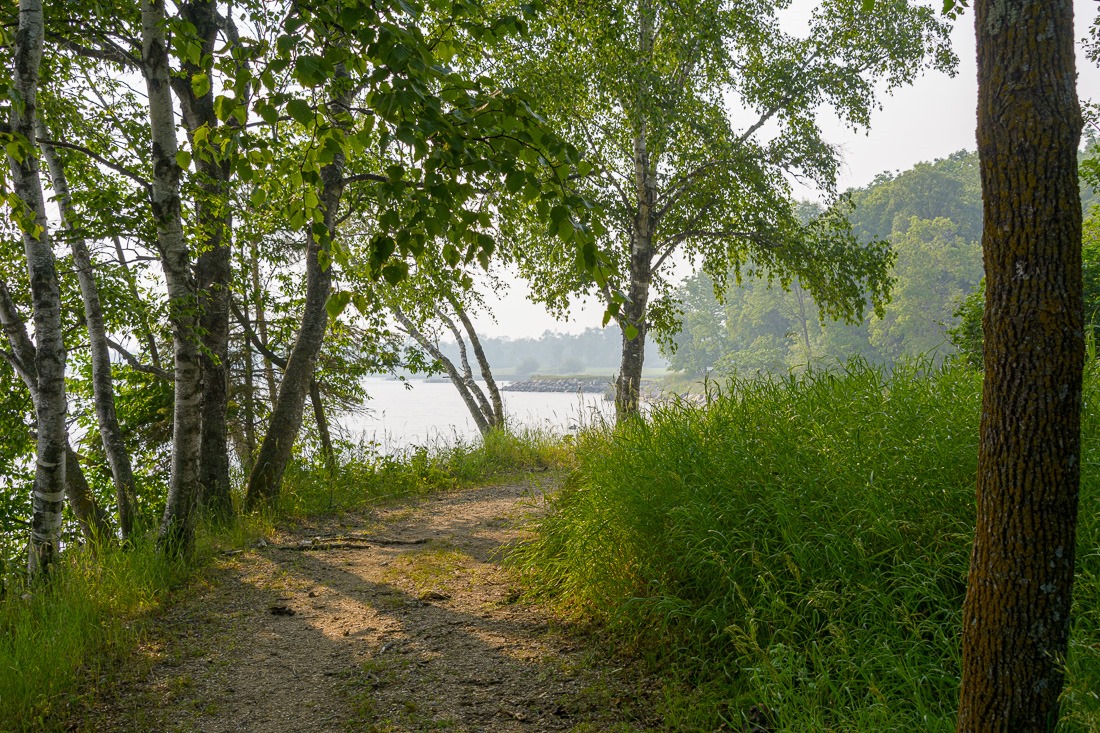 In south-east Manitoba, a resort has taken roots. A golf course, cabins and a restaurant. All within sight of the United States. In fact, this place it so close to the US that cellphone coverage is provided by the US, instead of Canada. If you’re not using your phone, that’s fine, otherwise a nasty surprise on your cellphone bill is to be expected. 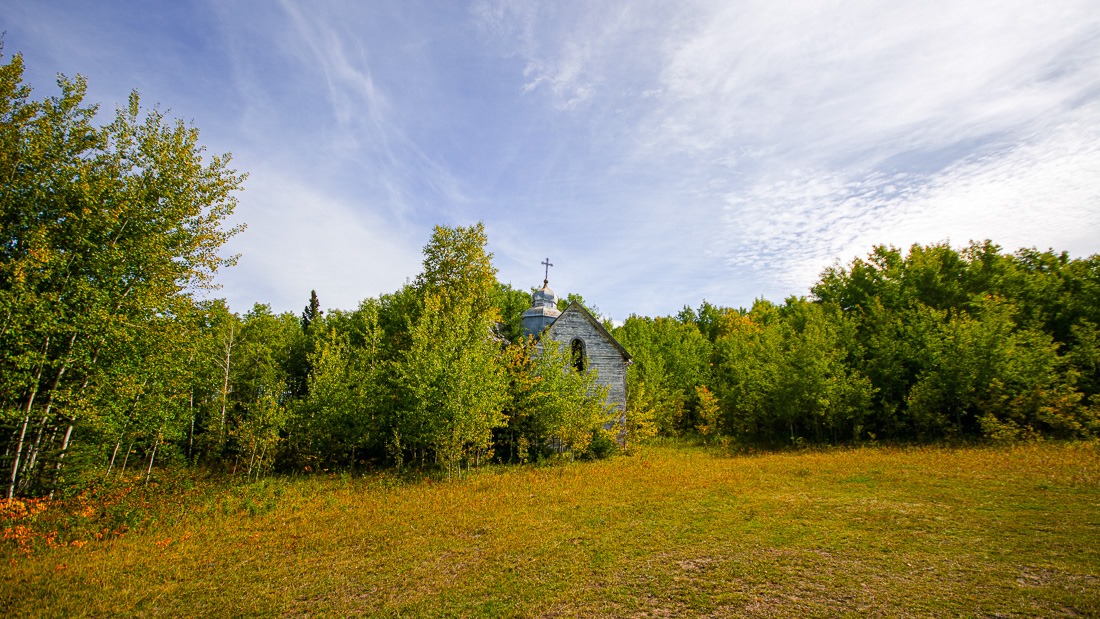 The north-west of the province has other surprises. The abandoned church near Sclater, for example. The church was abandoned in 1973, after the remaining families that managed the church joined a nearby church instead. So far, it remains standing, but the state of the building is now critical.

Coming off the mountain into the prairie

The road towards home and the city. The last days of summer, just before the cold sets in. While camping out in the Duck Mountains, the night temps were just below freezing. Good thing I had a few sleeping bags all to myself. Daytime temps were still very much agreeable. Fall colours started to show themselves already.

The lead picture was taken during a storm chase I did with a few friends. The storm was over North Dakota, but we could see it from Manitoba, some 100 miles away. As a result, we had the nice, warm summer winds, without the rain and rage of the storm.

Summer blues? Absolutely! After a mostly “forgettable” winter, I seriously need a change in weather or scenery. It’s a good thing I have an image archive that can stave the craving for immediate change. At least for a while.