Long exposure. For a very long time, this was a realm I could never venture into. Film was what it was, and the skills required for successful shots would have taken way too much of it. Back in the day, I was happy to catch a passing firetruck with its lights blinking. That was my first shot with light trails. It was also the last shot for another 25 years of photography. 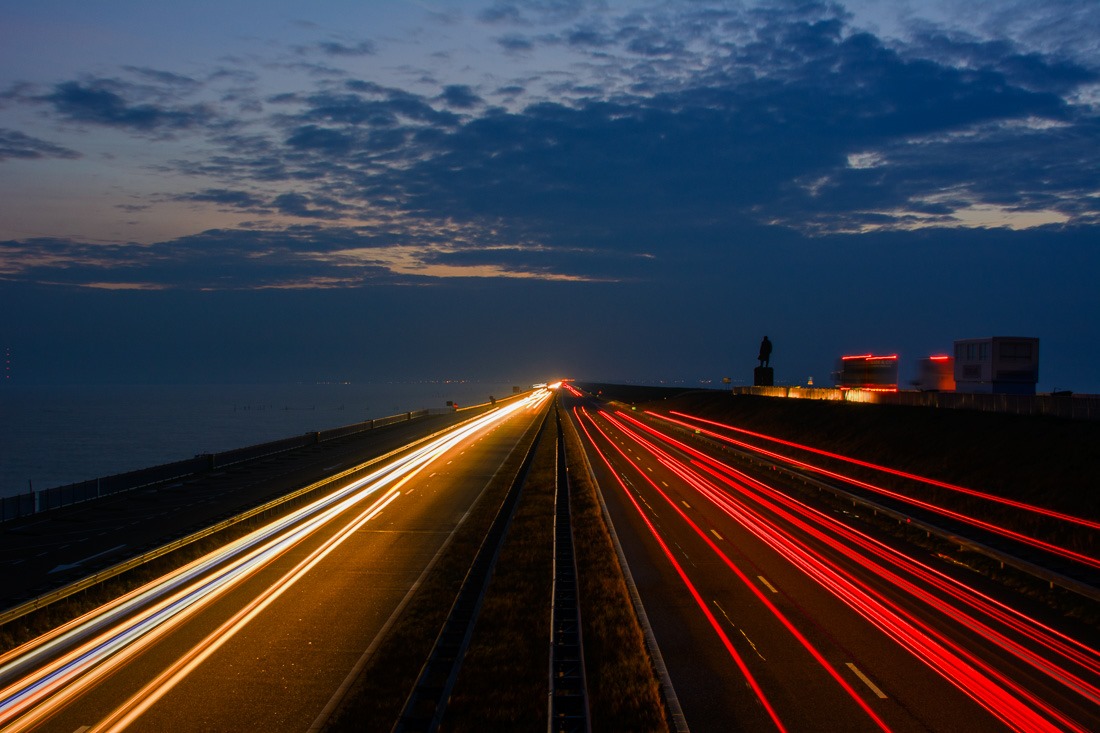 The long exposure bug came back when I got a digital camera. A small Point and Shoot from Nikon. The “night modes” mostly tried to cancel the light trails in order to get decent pictures, but I found a way around that.

After that, long exposures became part of my photography on a regular basis. Not so much for cars on roads, but more for different effects. Naturally, the effects were mostly obtained during the darker hours. I still have to go and get some dark neutral density filters, but that will be another time. 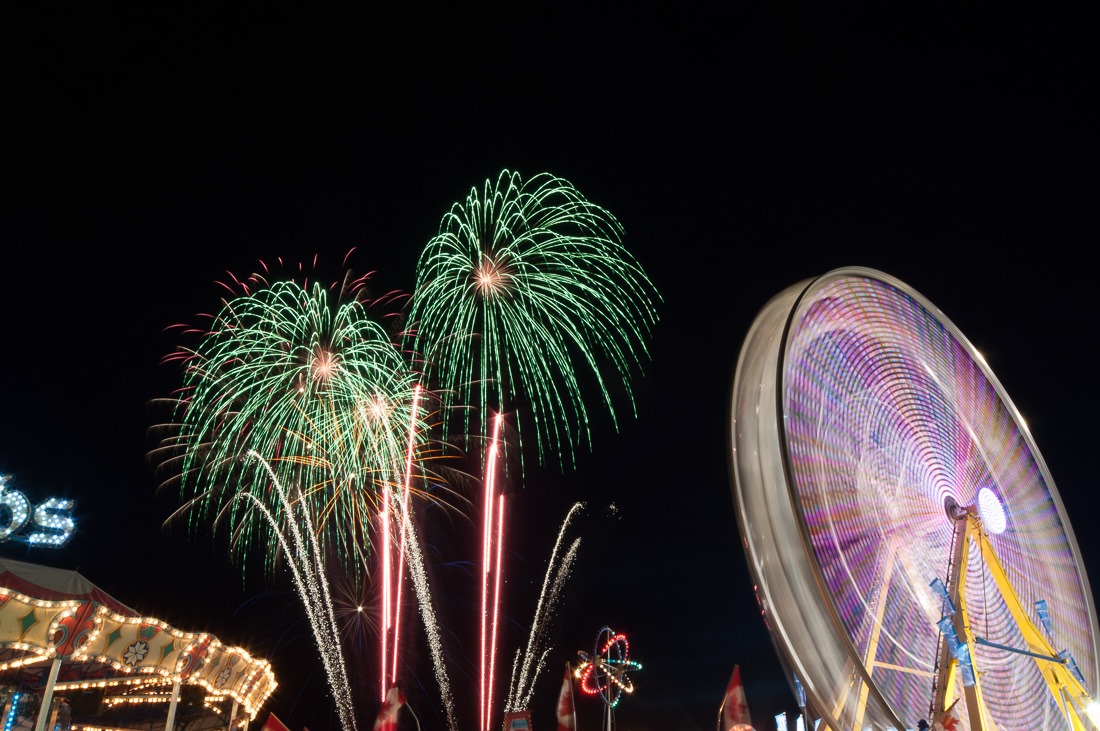 For now, I am happy to shoot in the dark and the not so dark hours to get some nice pictures. Long exposures lend themselves for shooting fireworks. When you know there are going to be fireworks, as well as where they will be originating from, the task is much easier. Add in some attractions for kids and adults, and you have the ideal shots for long exposures. 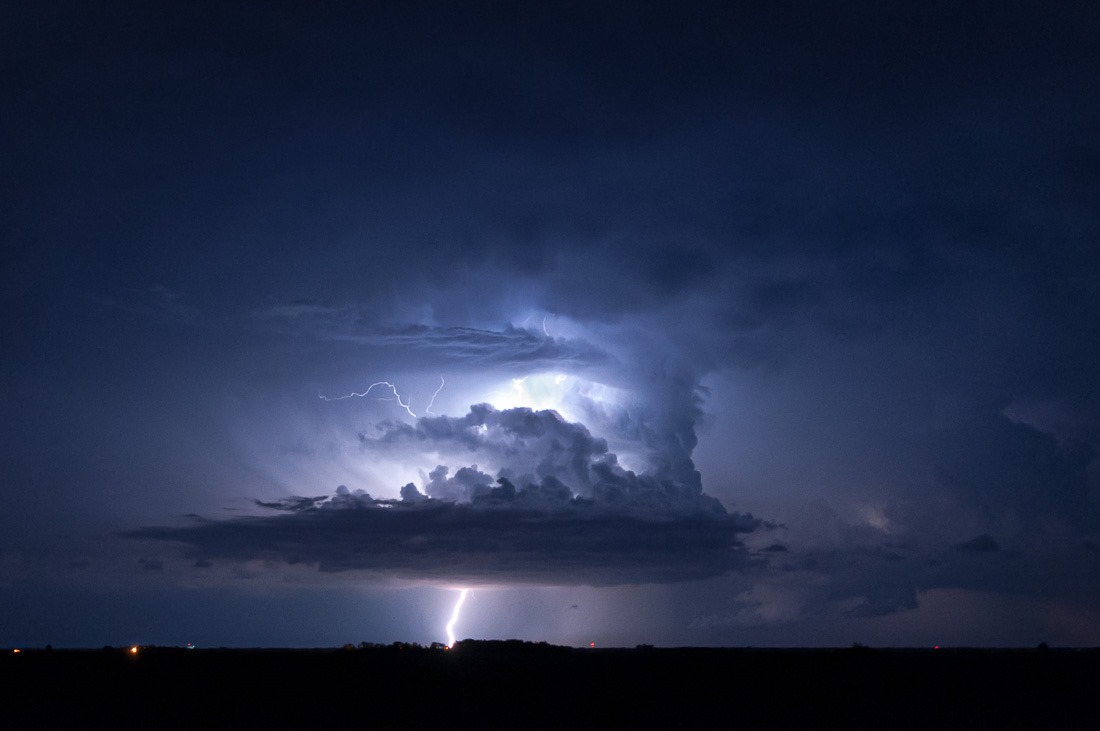 But sometimes, Mother Nature is the one providing the fireworks and all you have to do is be in the right spot at the right time. The above shot was from an outing with friends, I think we put in some 400km over one evening. Some of the shots I got were spectacular. The above shot is one of my (many) favourites from that evening. 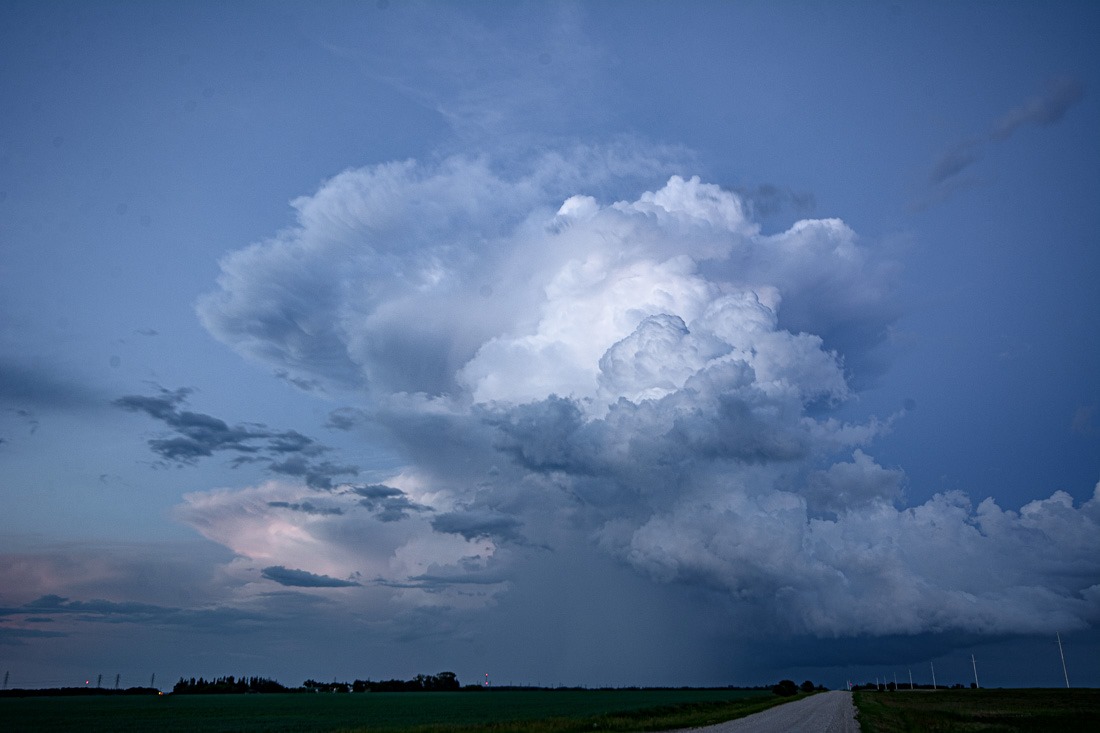 But even when there is no electricity in the air, the clouds at dusk or just after dusk can give very nice shots. No need to wait for that thunderstorm that may never materialise. Above, the rain was coming down hard in the distance. I stayed dry all the time 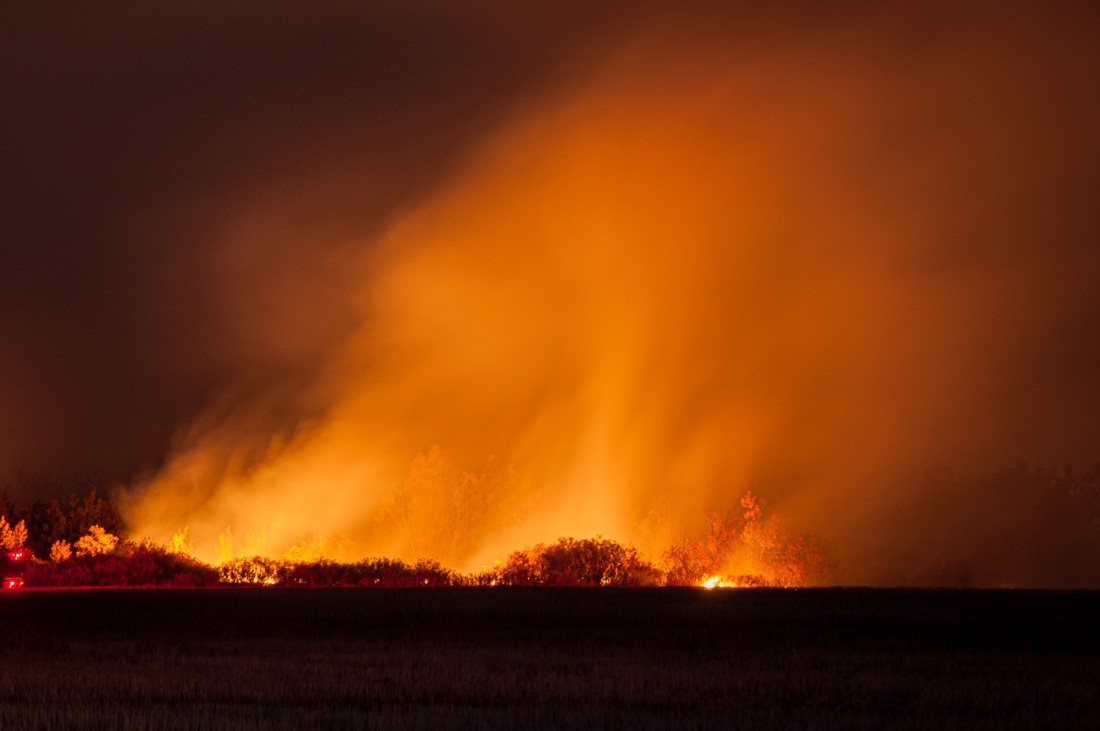 Talking about “staying dry”… Sometimes dry is not what is prescribed. The above grass fire close to my house was caused by dry grass and an idiot challenged person throwing a cigarette butt into it. I don’t know if they ever found the person, but it did cause quite a lot of damage. As for me, I just got the night shots from the fire and was happy with that. 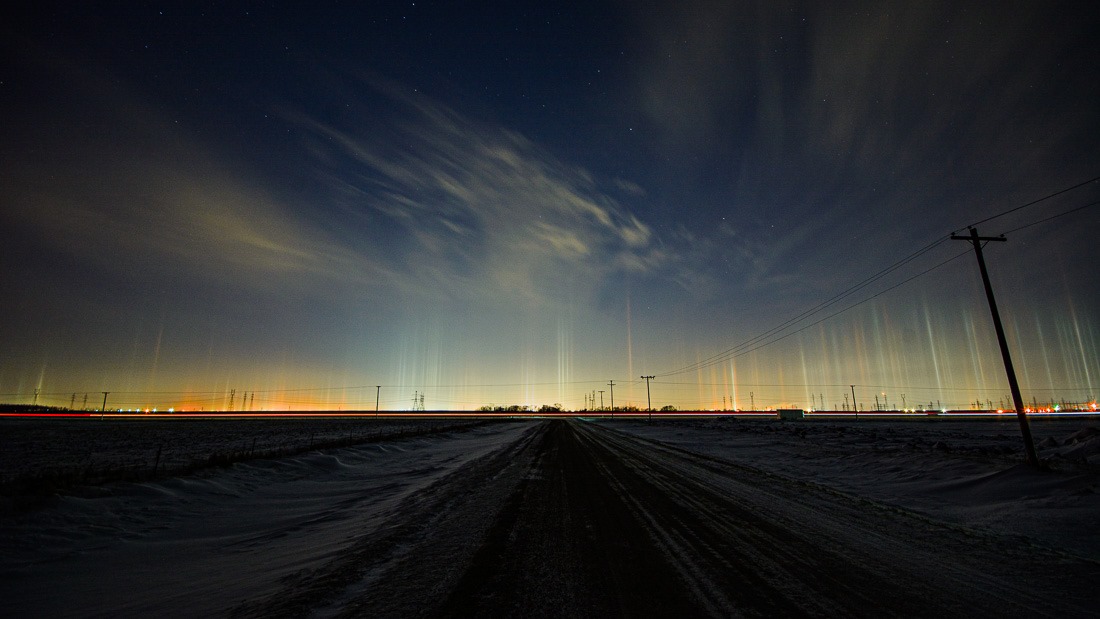 Other times, ice cold temperatures and extremely quiet atmospheric conditions can deliver “light pillars” over any bright light in the night. It makes that this shot from the city is unique and cannot be shot by anyone else. Moving lights like train headlights also produce one light pillar at a time, and some of the pillars were moving around. Needless to say that my fingers were growing numb quickly. The need to reheat them was constant. The camera held out fine without complaining. 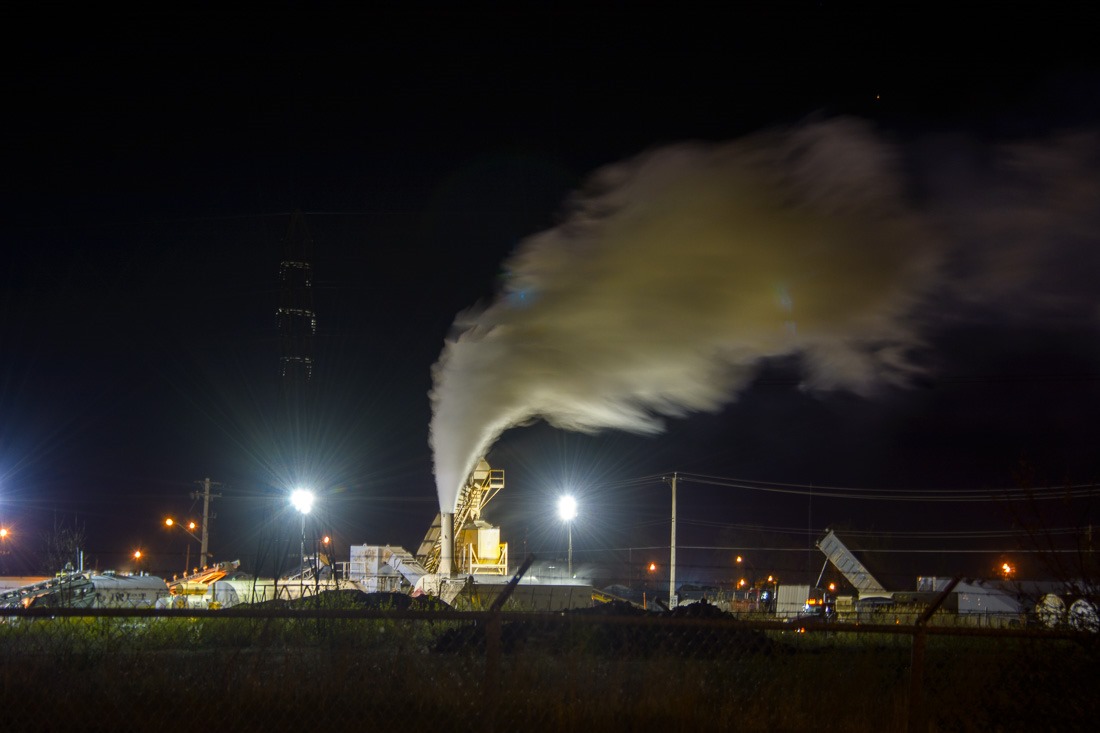 Other times, the long exposure seems to expose something more sinister. This company decided to prepare “something” in the middle of the night, where there is nothing during daytime. When my friend and I approached the entrance to the terrain, we were kindly asked to remove ourselves from the terrain. Being real Canadians, they did not add any veiled threats or sidearms to emphasize the request

. We complied and took these shots from the public road instead. 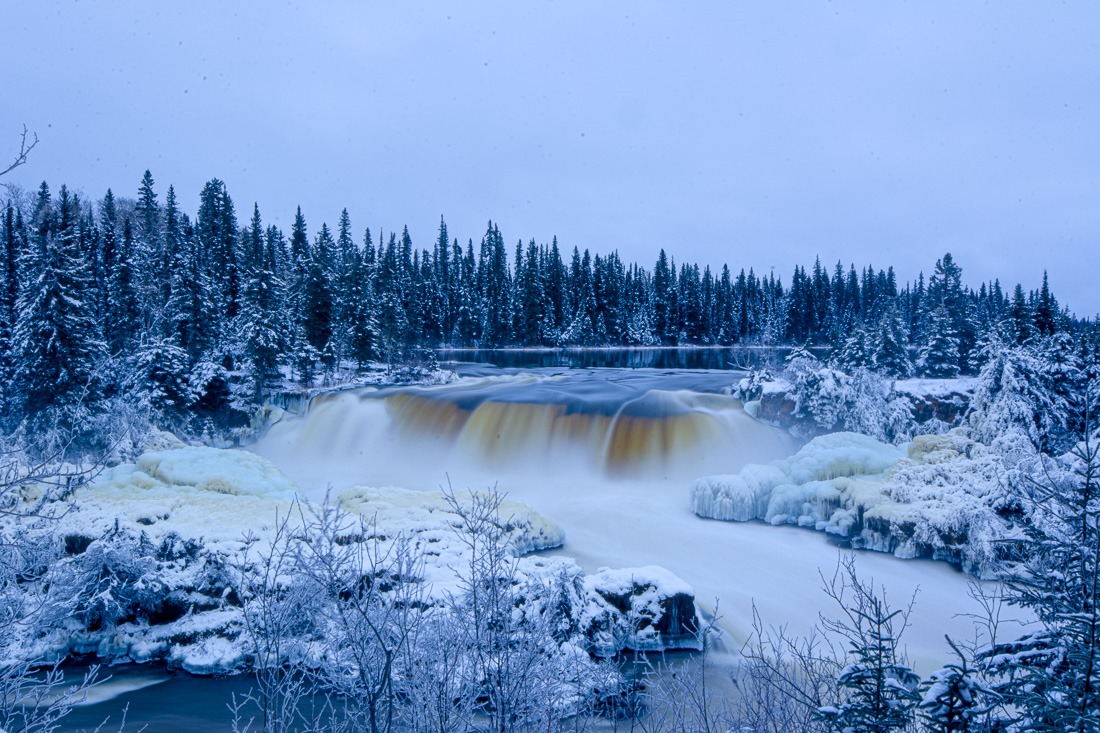 Glassy water or milky looking streams are another aspect of long exposure. The problem in Manitoba is to find a place with enough flowing water to obtain the effect. Weskusko Falls in the wee hours of the morning in near winter time gave me this shot. Again, a shot that could not have been made with full light, just a little bit was enough. 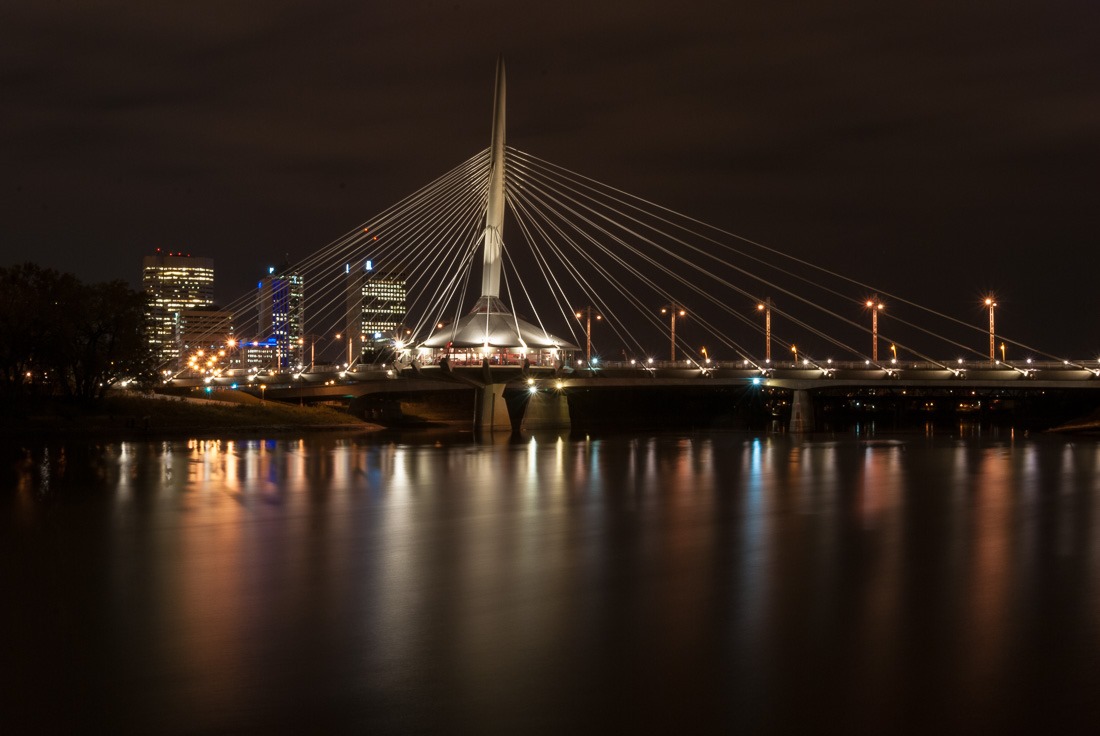 More glassy water can also be found in the middle of the night in the city. This shot is from a few years ago, when there was still no sign of the Pickelhaube or Protecting Dove, otherwise known as the Canadian Museum for Human Rights. The water turned a coppery colour thanks to the sodium street lights. 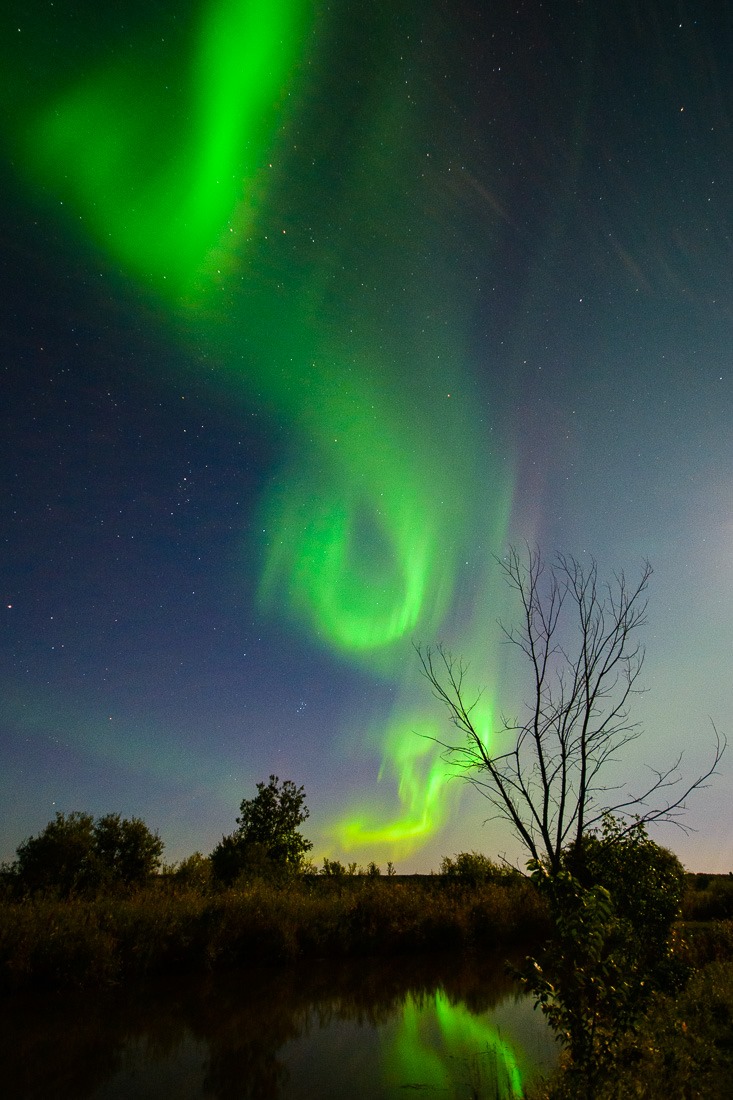 The last shot of today is one that needs no introduction. Northern Lights or Aurora are always night shots and 99% of the time long exposure shots. The brighter the aurora, the shorter the shutter speed can be. Once that happens, the aurora can become very detailed instead of looking like a green band. This particular night was very bright and dark. Long exposure settings make it look nearly as if it were daytime. Yet the stars in the sky show that it was nighttime.

Long exposure will require a bit of preparation. A sturdy tripod that can hold your camera plus lens without moving around, even slowly. A wired shutter release is nice, while a wireless release is even better. After that, the best lens is one that has a wide angle as well as a big opening, f/4.0 or bigger, all the way to f/1.4 are the best for this type of work.