When people see me with my big camera, sometimes they ask me: “Do you always carry around that big camera? Is that not heavy?”. To be honest, I have made a choice to have a camera with me most of the time. At least as much as I can. But the collection of lenses is getting bigger and the camera bag is getting heavier and heavier. 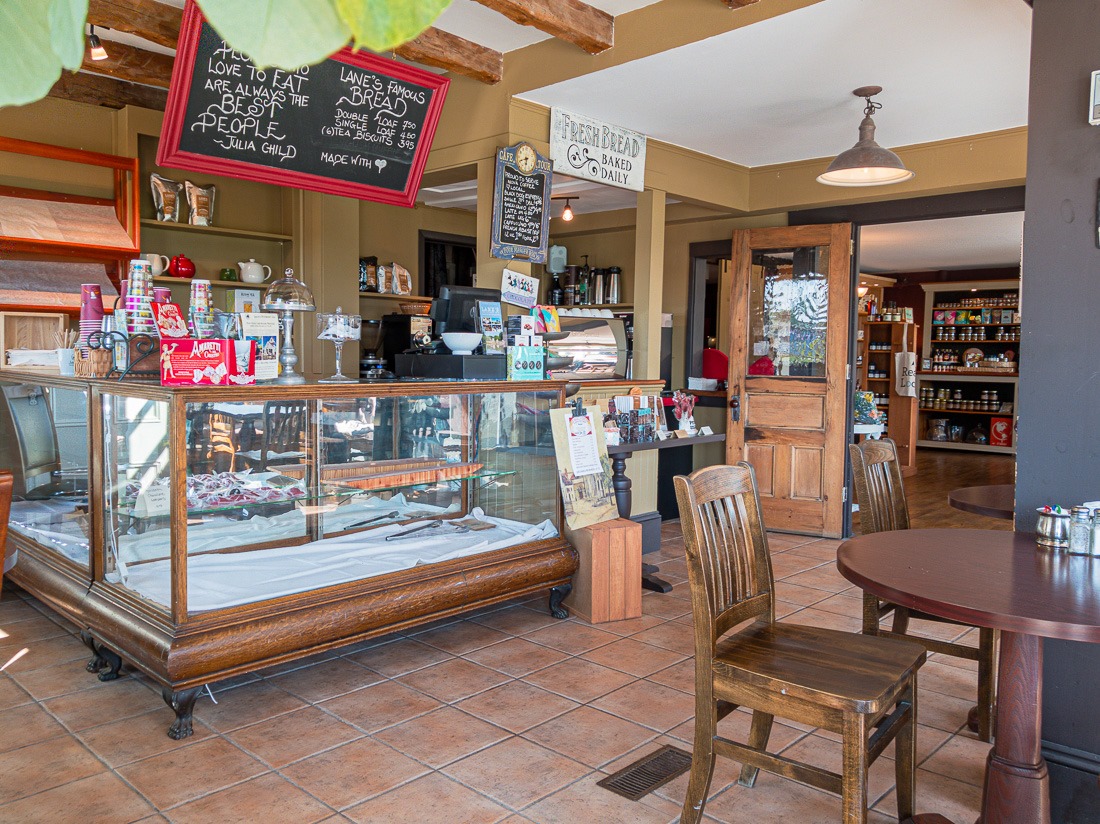 So, lately I made a choice. I would have my cellphone with me all the time (easy) and my DSLR when I would go out to take specific shots. So far it has worked out pretty well.

Now you might ask what the result is of that separation? I expected to get a lot of fallout or duds with the cellphone; after all, a cellphone is a phone and not a full-fledged camera, right? It is less evolved than the point and shoot cameras from a few years ago. The touch screen, hailed by many people (mostly the manufacturers) is more of a burden than anything else. Sometimes it seems like the whole device is reacting to my touch and changes settings when I least need them to change. 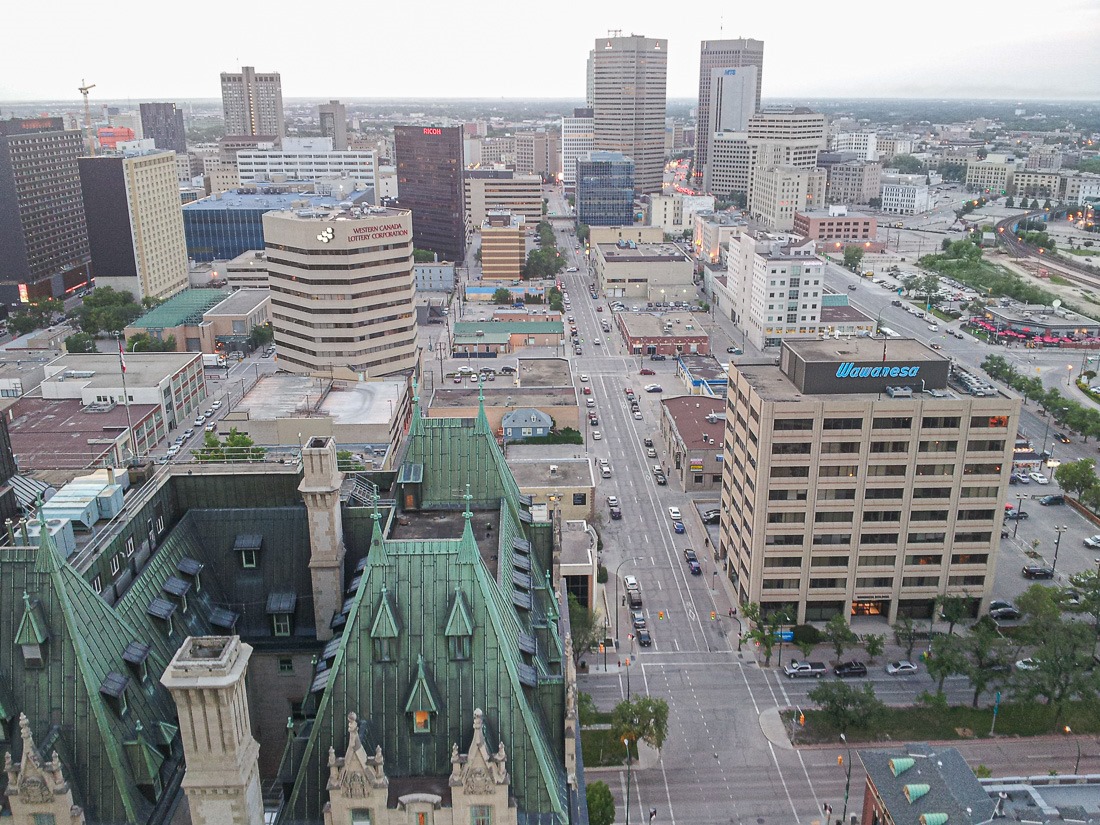 In a lift without space for a DSLR

However, the phone is handy when you have no “real” camera with you. Or when shooting with a DSLR is frowned upon, like in a big crowd or in a theatre. I even had people yelling at me for using a DSLR in Ukraine a few years ago. Simply because “big cameras” belong to spies and other unwanted individuals. Point and Shoots and cellphones are welcome everywhere. 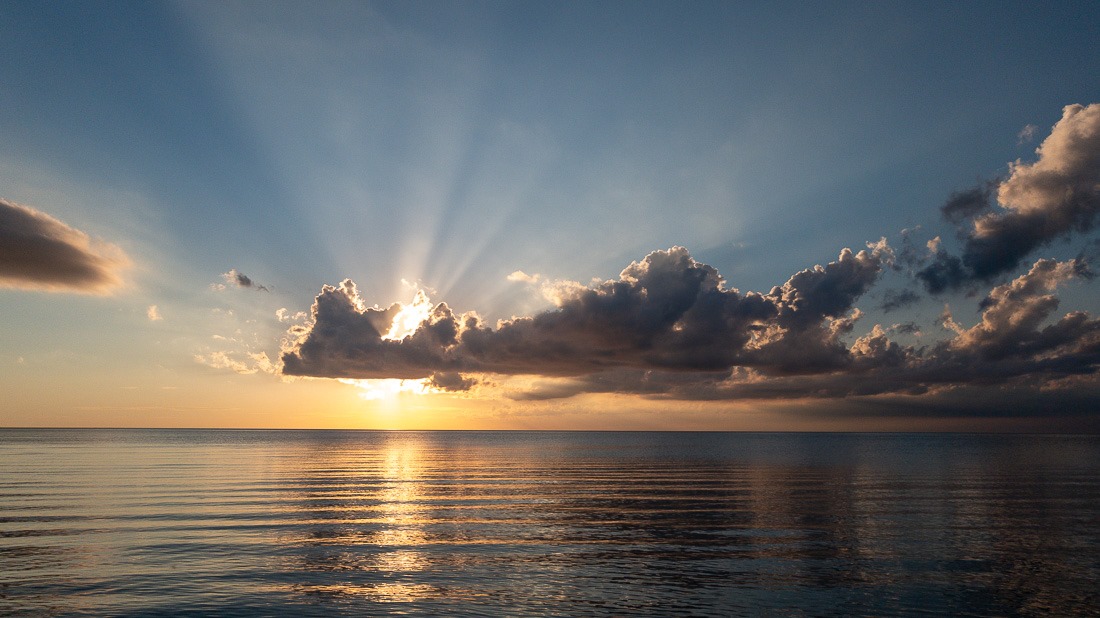 Even shooting where the camera can suffer irreparable damage, like in this shot from the beach. I was standing at least 50 meters from the beach in the water to get exactly what I wanted. My DSLR could have dropped in the same way my cellphone did. The cellphone survived, the camera would have died. Fishing it up from the murky bottom was unpleasant, but at least without financial losses. 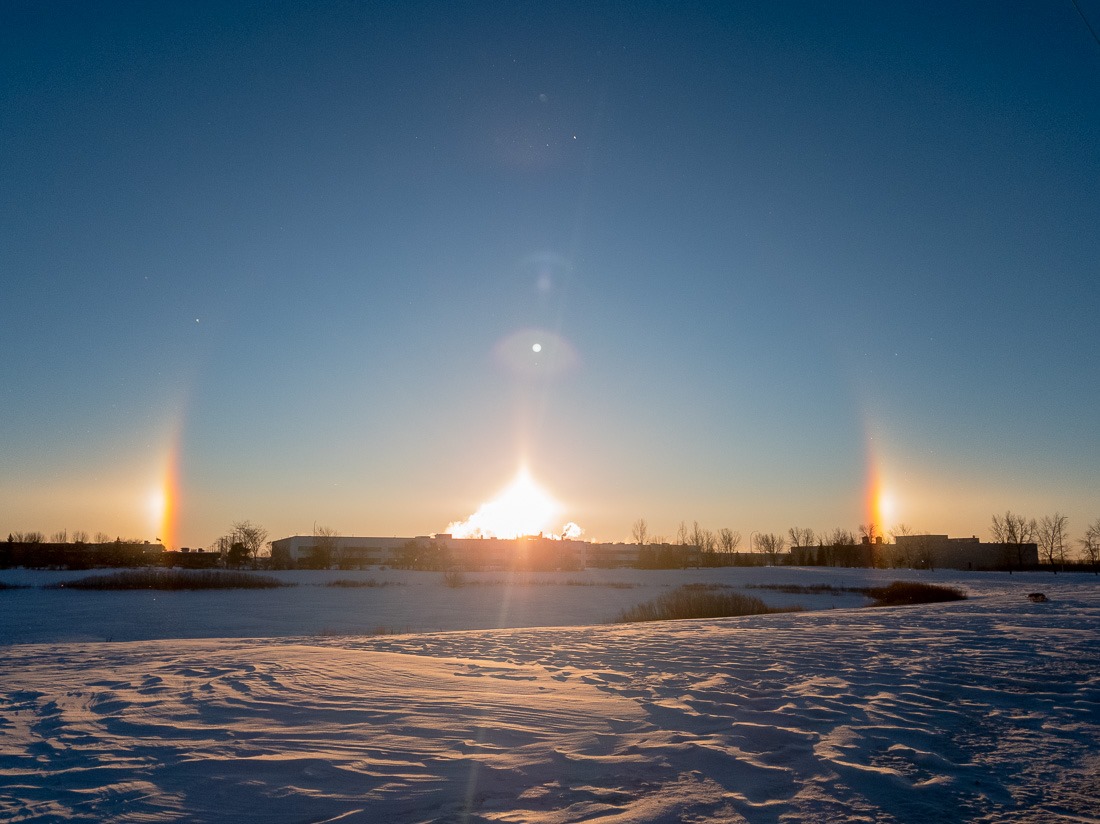 Then there are those times where you have doubts if the sensor of your camera is capable of handling the bright light, even for a few thousandths of a second. Focusing on a sunrise to get the famous sundogs always has me shivering a little. On top of that, watching the direct sunlight through the viewfinder is kinda bad for your eyes, or so I’m told. Using the cellphone screen instead is way safer. 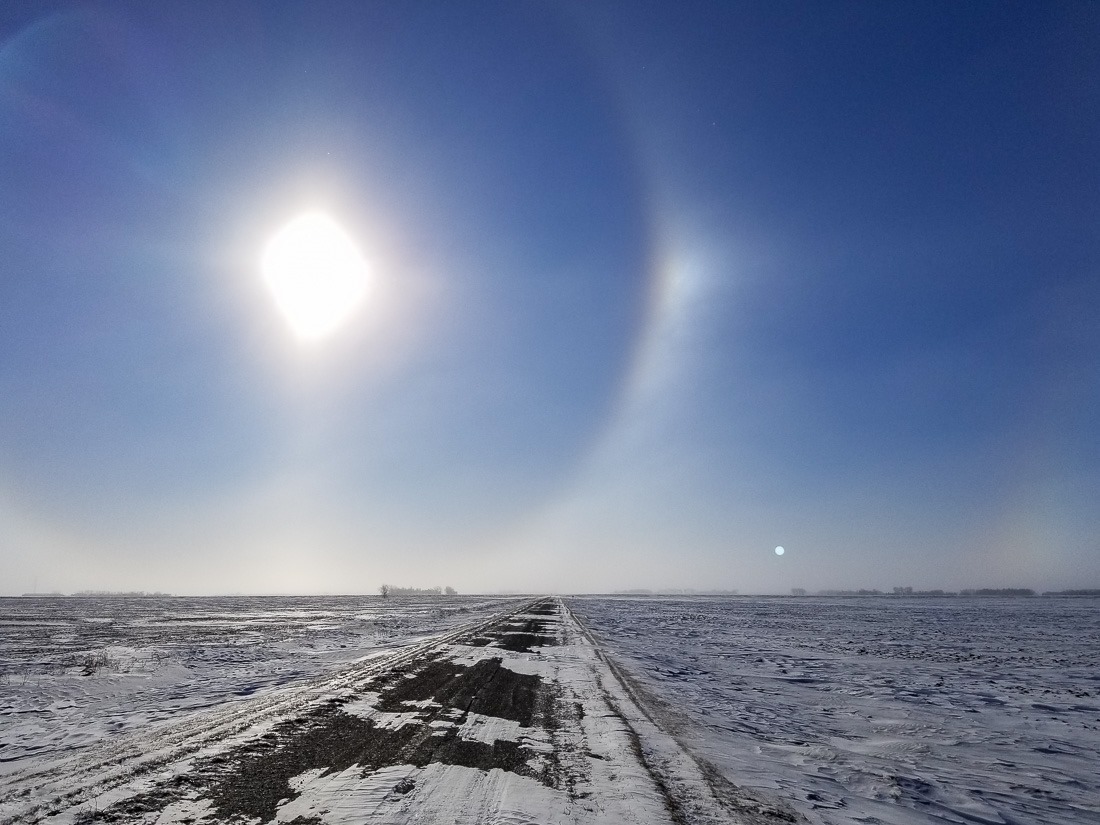 That might look strange, seeing that the phone company readily “charges” you more than a thousand bucks for the phone, while my camera body hardly fetches the same price nowadays. Somehow, I still see the cellphone as a phone and not as a full fledged camera. One has more value than the other for me. 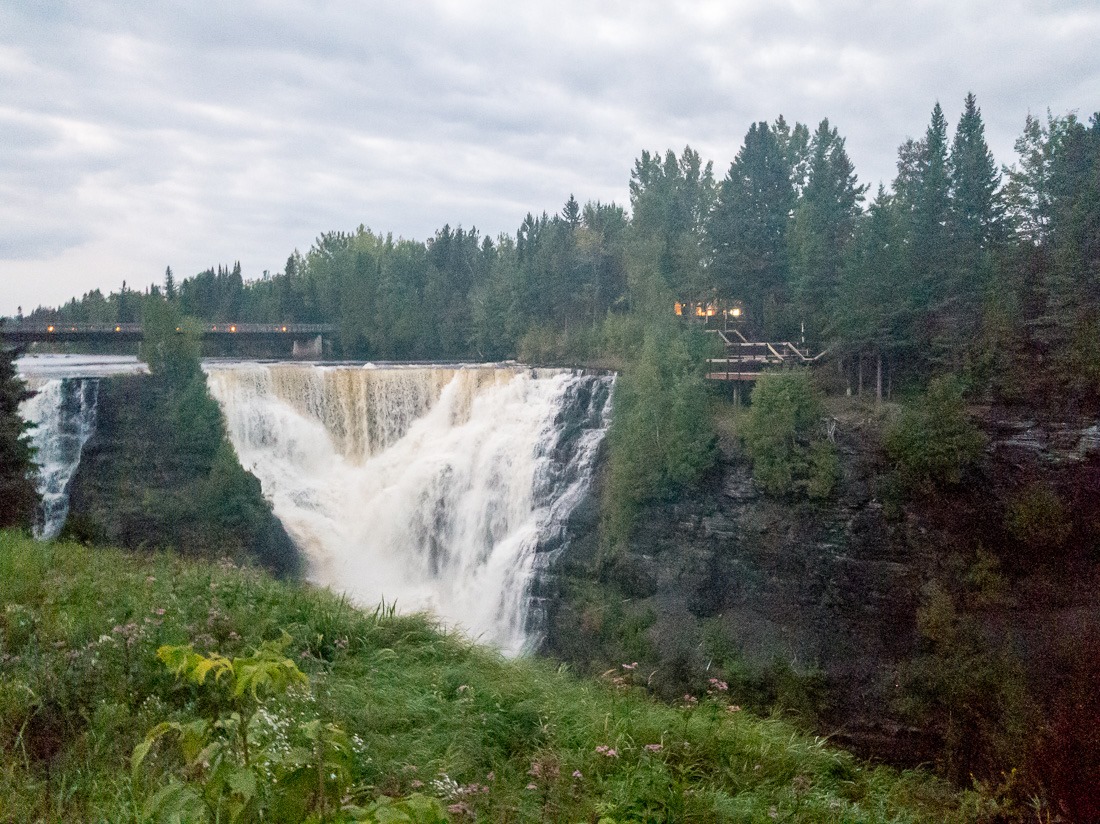 But more than once, that cellphone took the pictures that I wouldn’t have got without a camera. Standing over Kakabeka Falls in Ontario, I had my camera in the car, but the falls were sending a lot of mist our way. Only the cellphone was handy and watertight enough to take a shot. Later I retook the shots with my camera, but that’s a different story. 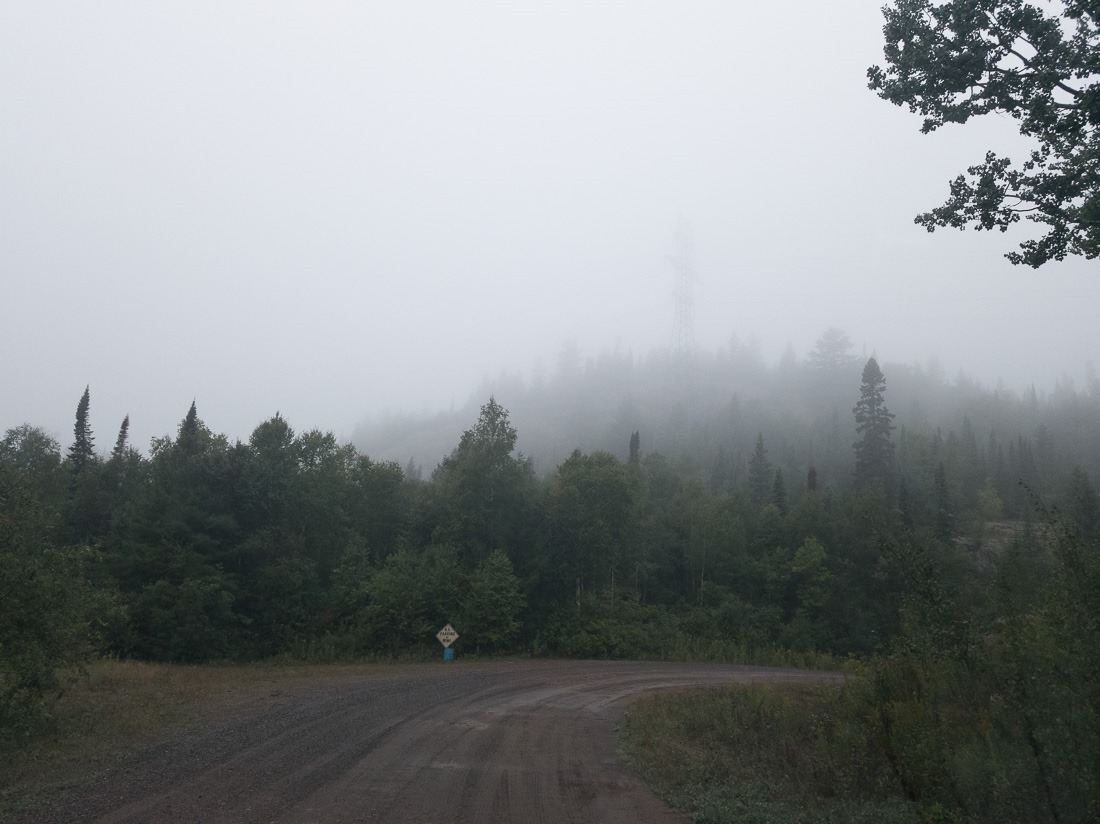 And then there’s the drive-by shooting. Laws in Canada now forbid you to use a handheld device at the wheel, and that includes a DSLR. Nothing prohibits my wife to use the cellphone, but the camera is a bit too much to handle. Shooting the mist surrounding Canada’s own Amethyst mine was easier with the cellphone than to stop and shoot with the DSLR. 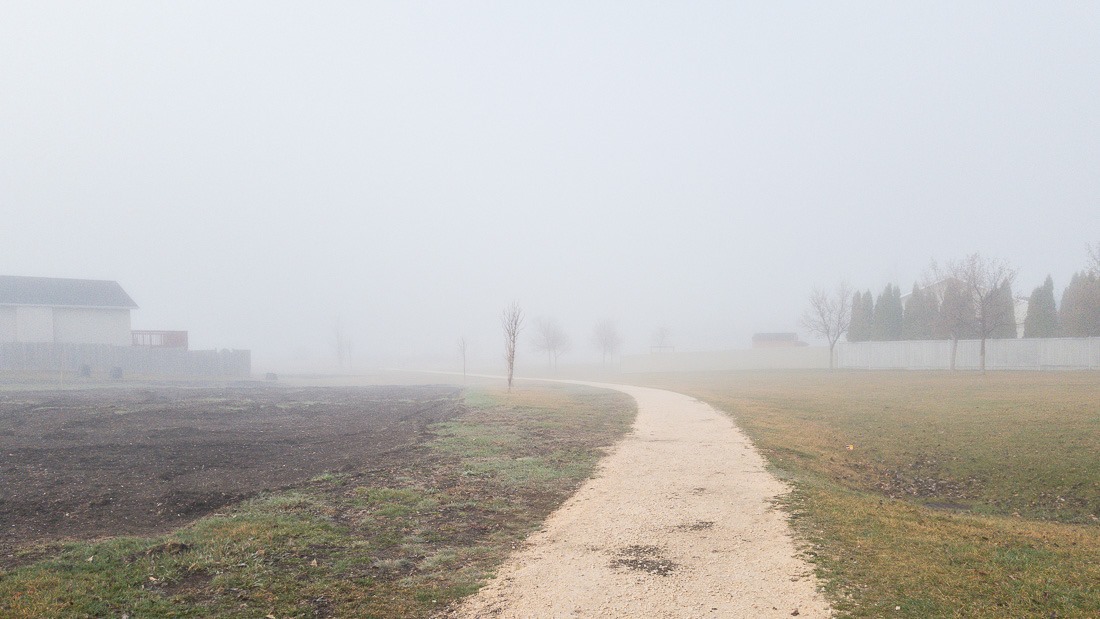 I have often wished for a camera like in the good old film days. A camera that only has the basic settings, like aperture, shutter speed, ISO and little more. Nikon brought one out a few years ago, but it was way above my budget. So I now simply ignore the scene settings like Beach, Night, Sport, etc. I use the Aperture, Shutter speed and ISO settings all the time. Basically I shoot it in manual mode, most of the time.

No time for setting up

But then comes along a scene that needs special attention like this panorama shot in the Duck Mountains. No time to set up a tripod, the light was quickly fading. So a cellphone shot with a panorama mode was ideal for this shot. I can easily complain about the grain and other shortcomings of the cellphone, but without it, I would never have had it in the first place.

Sky pano including the sun

And panoramas against the sunlight (including the sun) are the job for a cellphone, not a full DSLR. At least not for me. Since I don’t use the camera as a professional, I can’t claim it for expenses when I need a new one. The old stuff will have to last just a little longer.

And hey, they give away cellphones nowadays, all it takes is to “sign up” for another two years with the same company. Since I had no intention to change, that’s an easy thing to do.

It’s easy to see why the dedicated Point and Shoot cameras have all but disappeared. Cellphones have taken over, perhaps with a little less quality, but they make up for it by being already in your pocket.