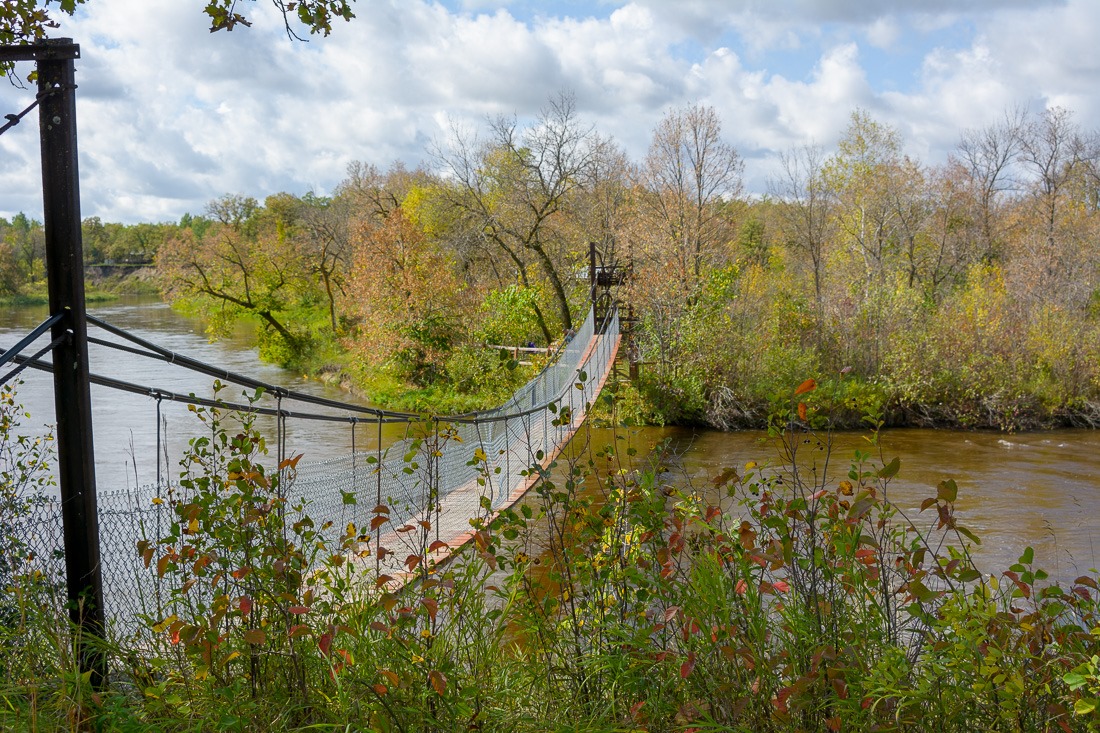 In the small town of Senkiw, Manitoba there is a swinging bridge. I have seen other swinging bridges in Manitoba, but this one was new to me. So, with a friend we went in search of the Swinging Bridge of Senkiw. Little did we know we were in historical territory.

From 1906 to 1967 local children used this trail to go to a one-room school called Rosa School. It was renamed to Senkiw School in 1928. Most families in the area were Ukrainian immigrants who worked small mixed farms.In the early years, the school used bilingual Ukrainian-English teachers. Children from the southside of the Roseau River walked over two miles to school, crossing the river in a hand powered cable basket. 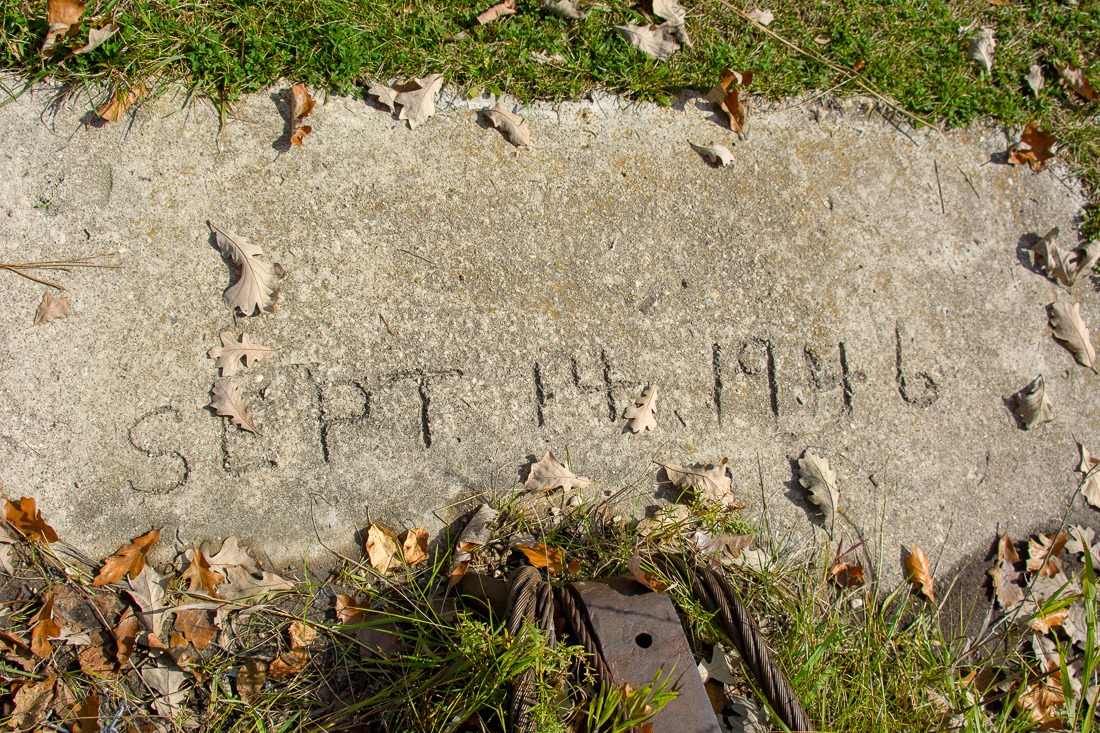 In 1946 the suspension bridge was built. Also in 1947, a new school building was erected which was used until the school closed in 1967. After that, the suspension bridge fell in disrepair, but was restored in 2005. It became a municipal heritage site and is now part of the Trans-Canada Trail. 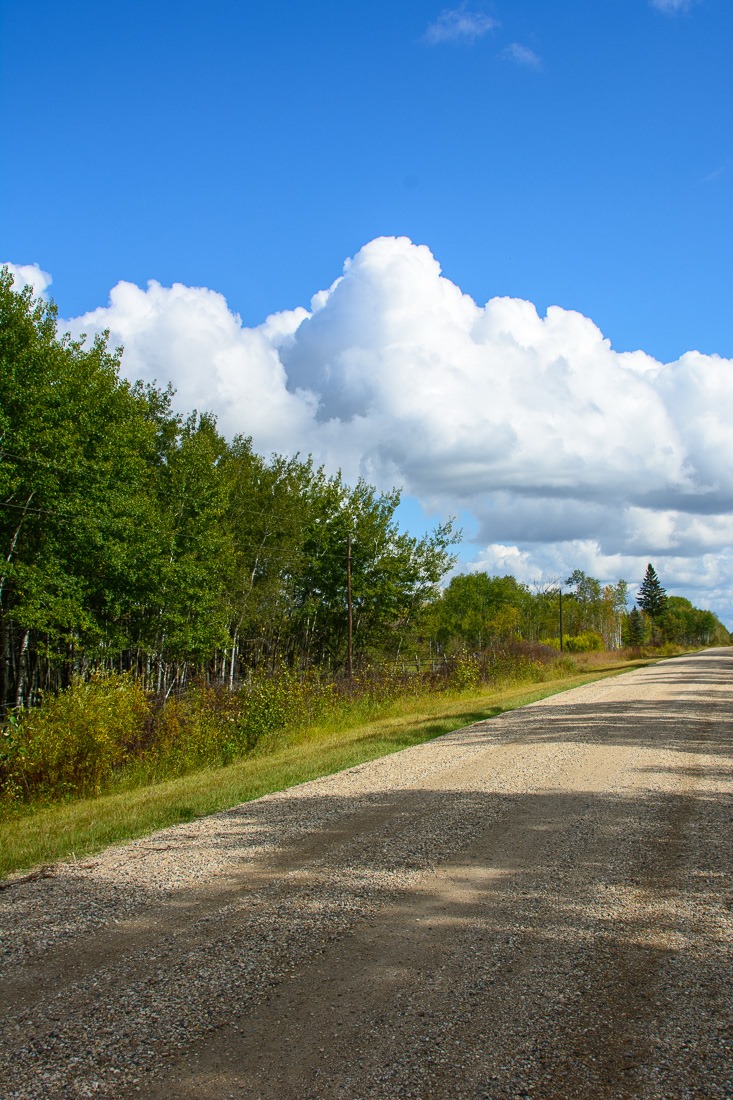 So far for the history. So we went on that same trail, just to see what the bridge would look like. It all starts simply on the side of the road. Easy to miss, even easier if there is a car parked in front of the cairn that bears the historical text I have reused above. 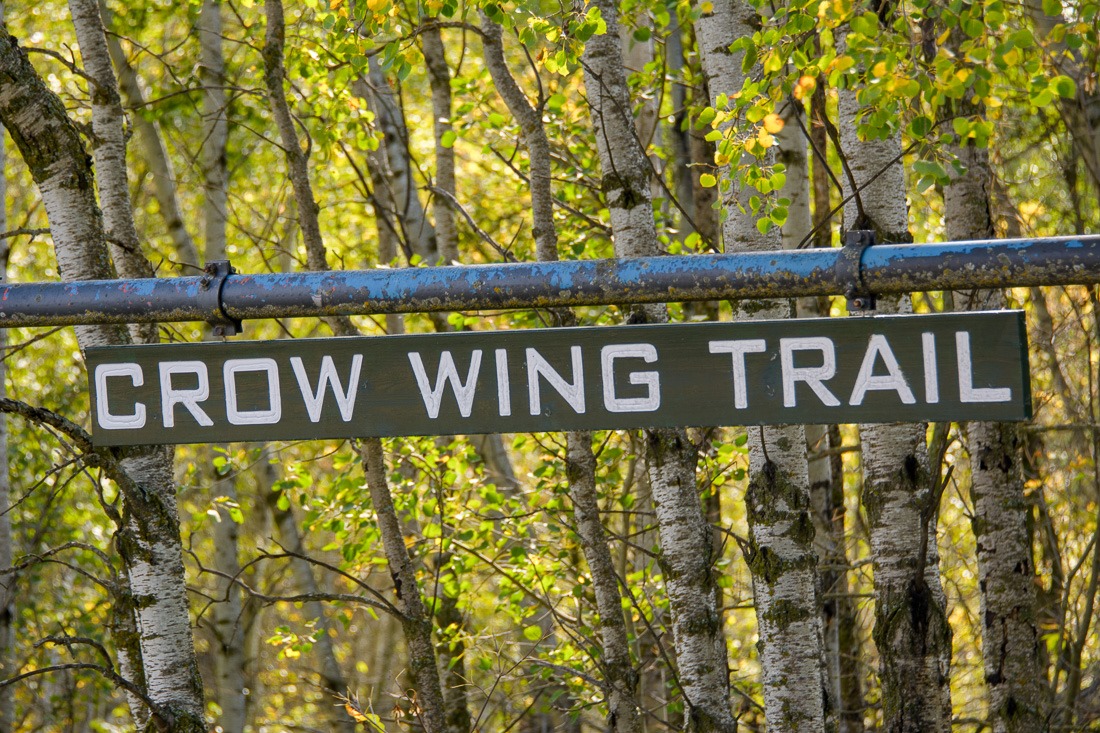 The trail is marked Crow Wing Trail which has no connection with a swinging bridge. Once we found the start of the trail we also started shooting away with our cameras. As usual I came home with more than a hundred pictures, just from a simple trail 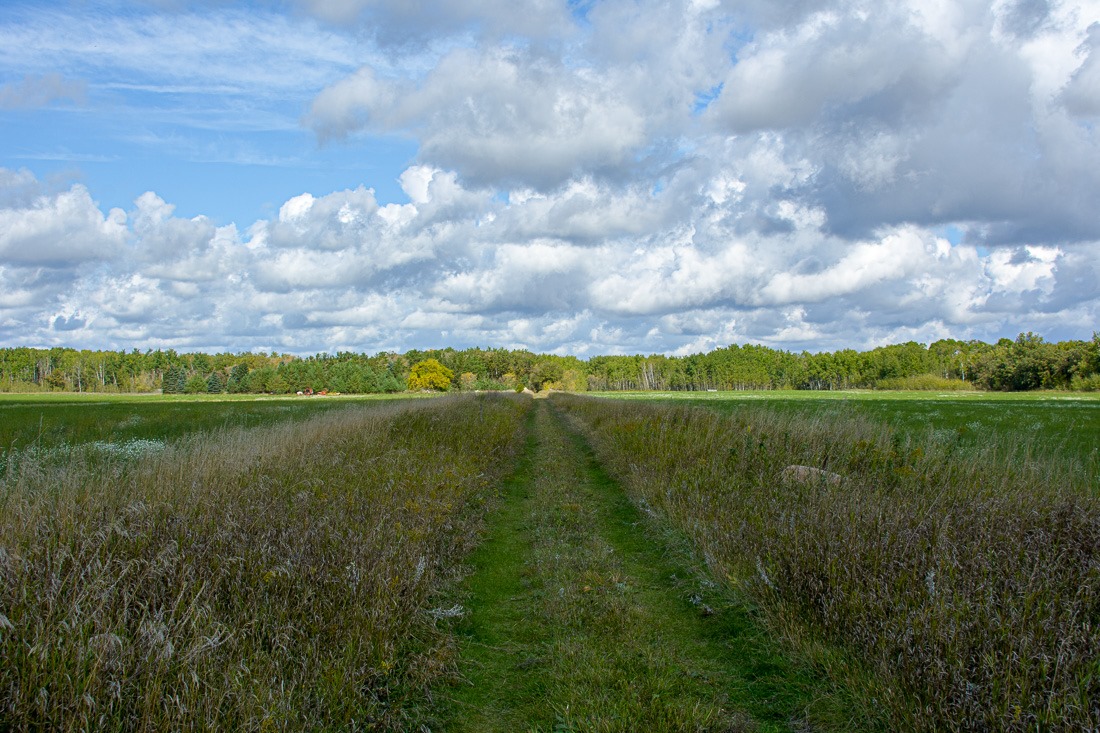 When we were out of the first woods and on to open land, it reminded me a lot of the Ukrainian landscape around the villages. The path was well maintained and easy to walk on. As stated, this is over private land and we are welcome to walk. And only walk. Motorised vehicles of any kind are not allowed. And while we saw bear or deer hunting spots in the trees, I can imagine that hunting quads is just as easy from those vantage points 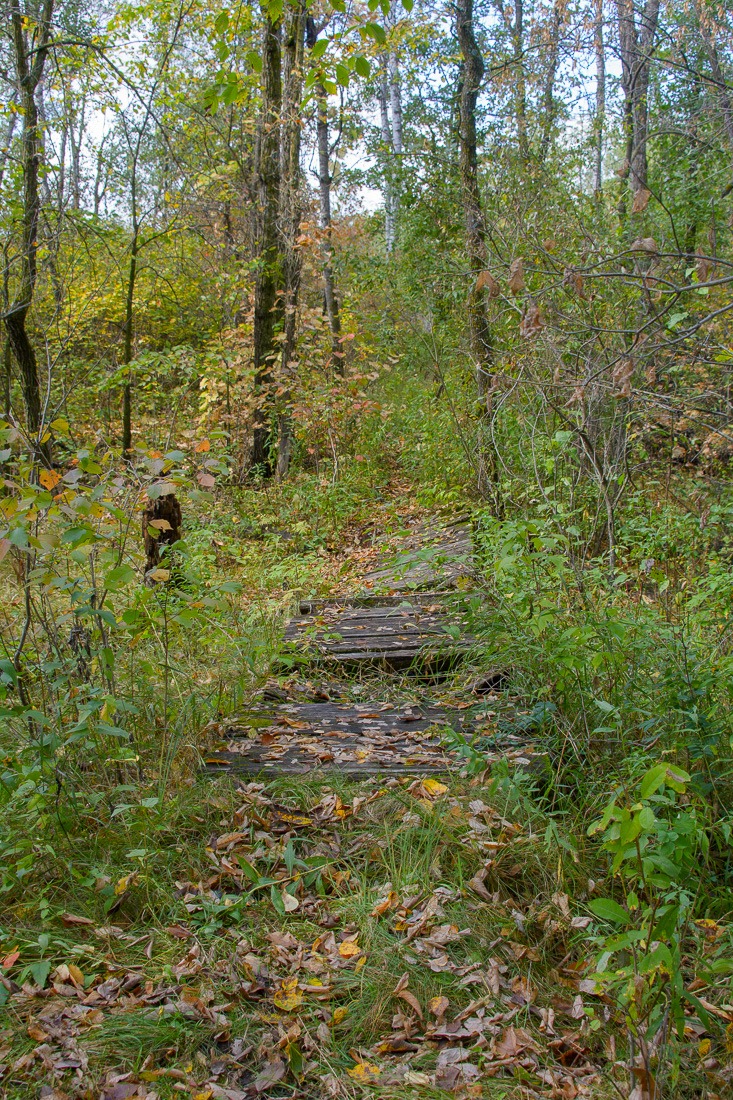 After a few kilometers, the path sharply goes down into the valley and over a scary looking bridge in disrepair. Luckily there was no water underneath and we could walk beside it instead of risking life and limb (mostly limb) on the rotten planks of the bridge. 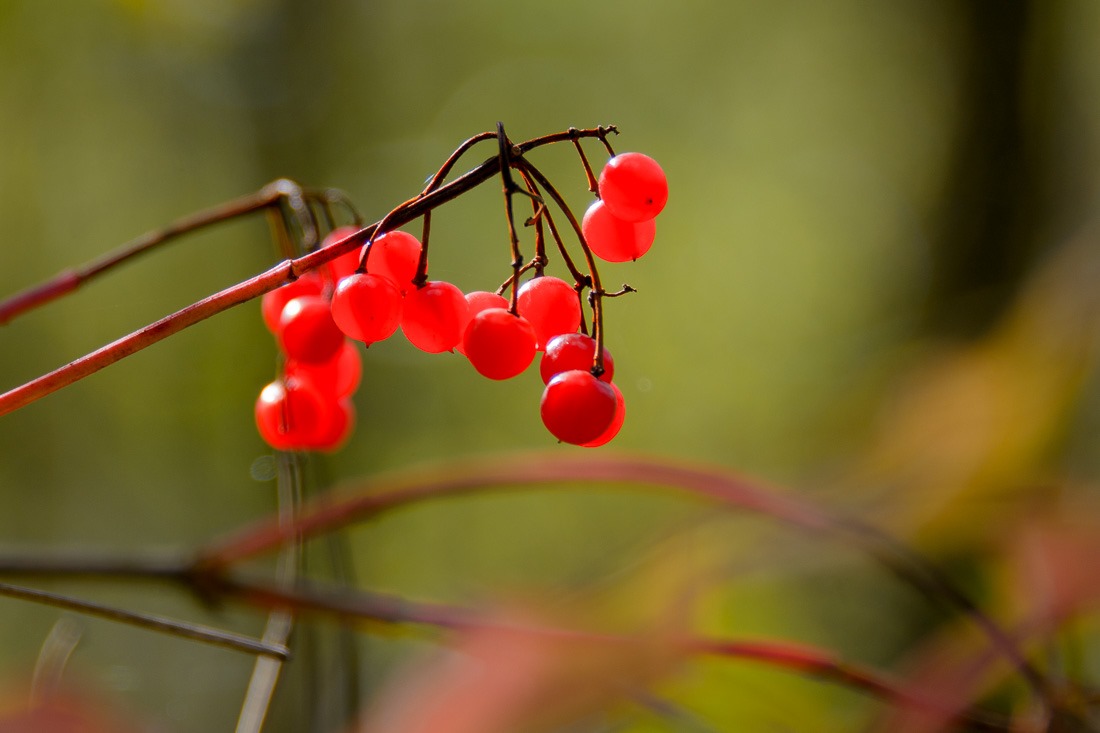 Along the path were the typical Ukrainian berries to be found: wild grapes and Kalyna. Kalyna is a berry that is full of vitamin C. When the berry is burst in your hand, it smells like overripe feet. The smell is caused by butyric acid in the berry, but the most appreciated compound is the vitamin C. When hit with a particularly strong hangover, a handful of berries are put in a cup and crushed. Add some hot water and a good spoon of sugar and drink it slowly. You will feel your headache subside on the spot. It also lowers the blood pressure significantly. Drinking more than one cup of this stuff per day is highly inadvisable. Lowering the blood pressure too much is not healthy. Kalyna is called Viburnum in English. 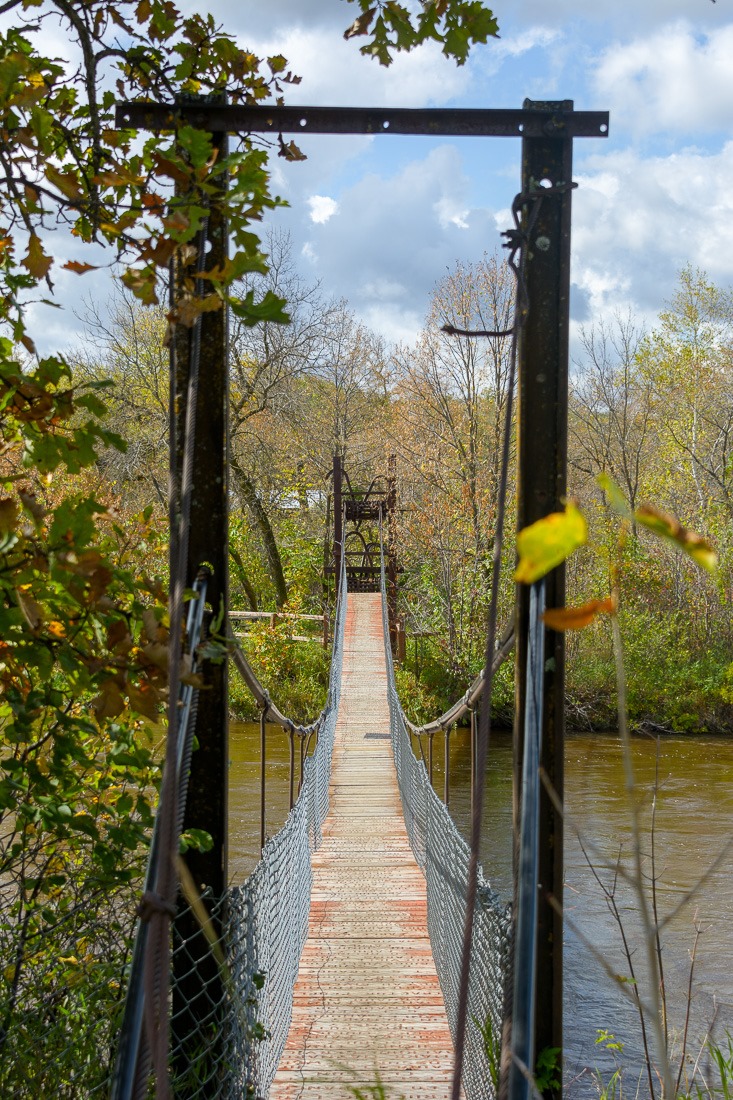 The Swinging Bridge of Senkiw

Like I said, the countryside made me think of the Ukrainian countryside. Today’s children have school buses. Back in those days, the children walked to school, in summer and in winter by storm and freezing temps. I guess it forms character differently.

If you ever want to have a nice walk, it’s not more than a few miles, try this one and see for yourself what those children had to go through to get to school. The schoolhouse itself no longer exists, it is now a campground, so the attraction is the bridge, not the school anymore.