The news of the Notre Dame Cathedral has shocked the world. Everybody knows or has seen the magnificent 850 year old structure in some form. I have had the pleasure to visit it many times over, alas without a camera. From recent images and clips, though it is apparent that not everything is lost and the structure is not “burned to the ground”. Rebuilding it will be a huge task, but it will be without the atmosphere of 900 year old timber work. 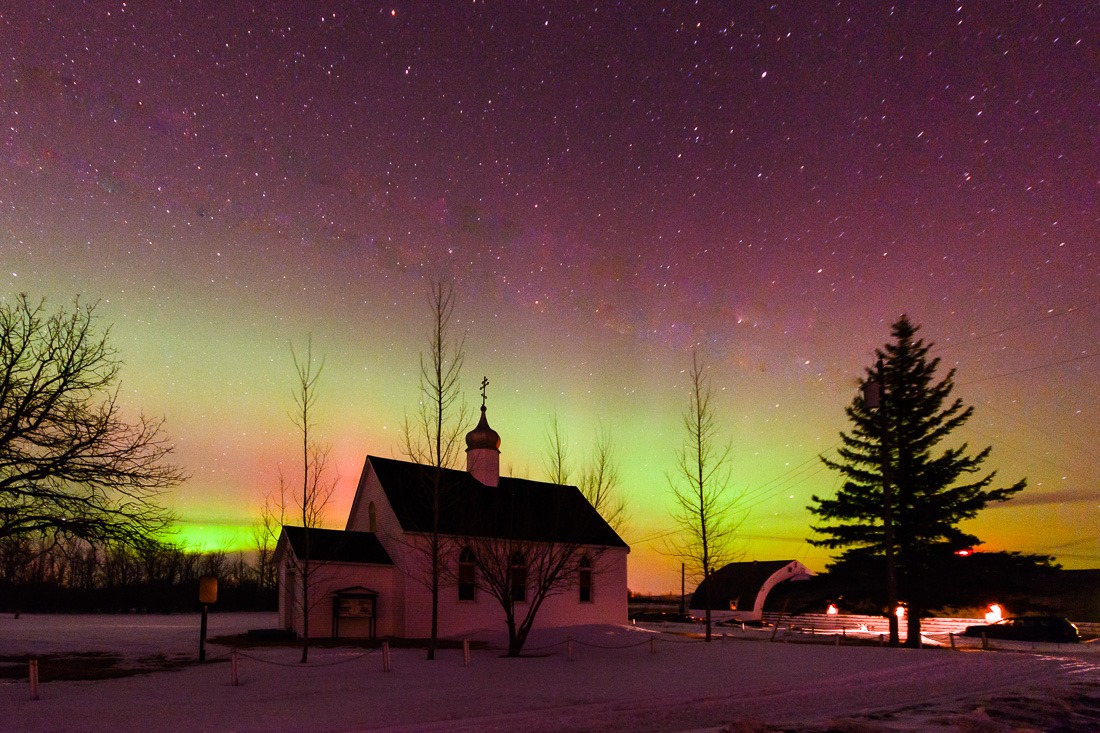 While work will be done on one of the grandest churches of the world, smaller churches also seem to get quite a bit of attention. Prairie churches here in Canada are famous. Well, famous at least on the prairies.

Attention from photographers, that is. It makes not much sense to me to dwell on the potential loss of the Notre Dame Cathedral, while the Catholic Church has billions of dollars to spend, they can restore it within a few years. Here on the prairies, however, churches are left to decay within total silence. 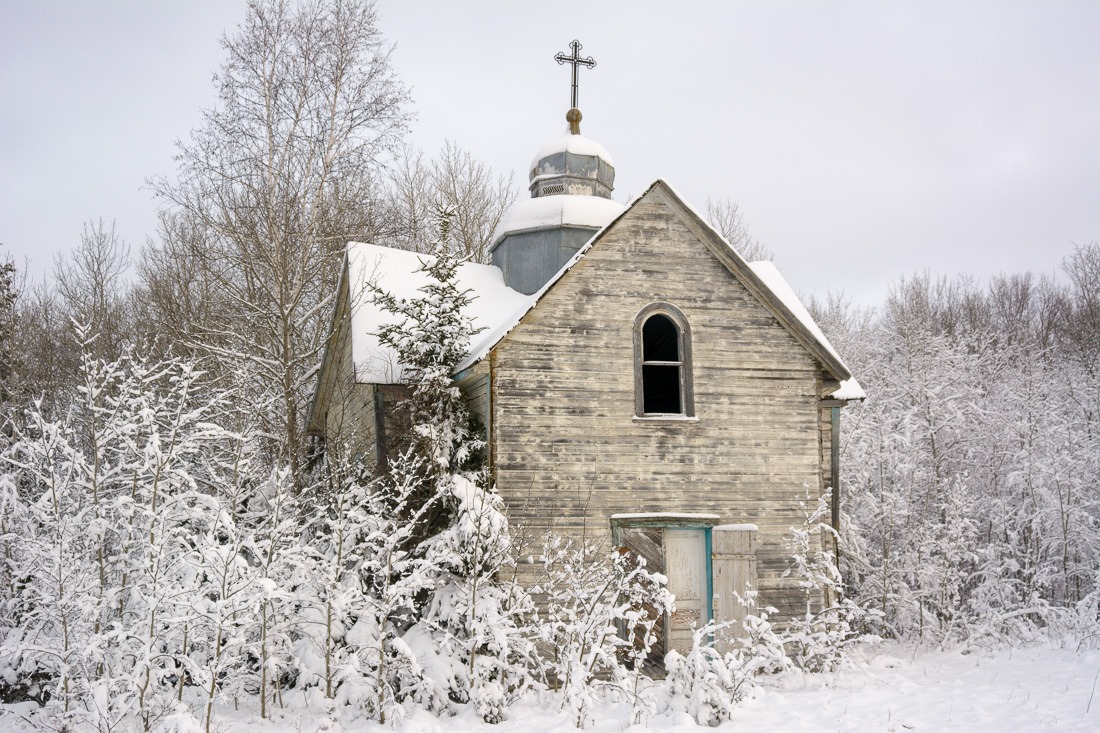 Churches like the Sclater church, just north of Ethelberg, MB. A few years ago a friend and I were cruising through northern Manitoba in search of Great Grey Owls. We had found quite a number of them, shot probably half of those and were on our way back home. Tired and loaded with pictures. When the sun was on its way down and already behind clouds, we suddenly saw this little gem. Gone were the fatigue and sleepiness. We waded through knee-deep snow to get these shots. 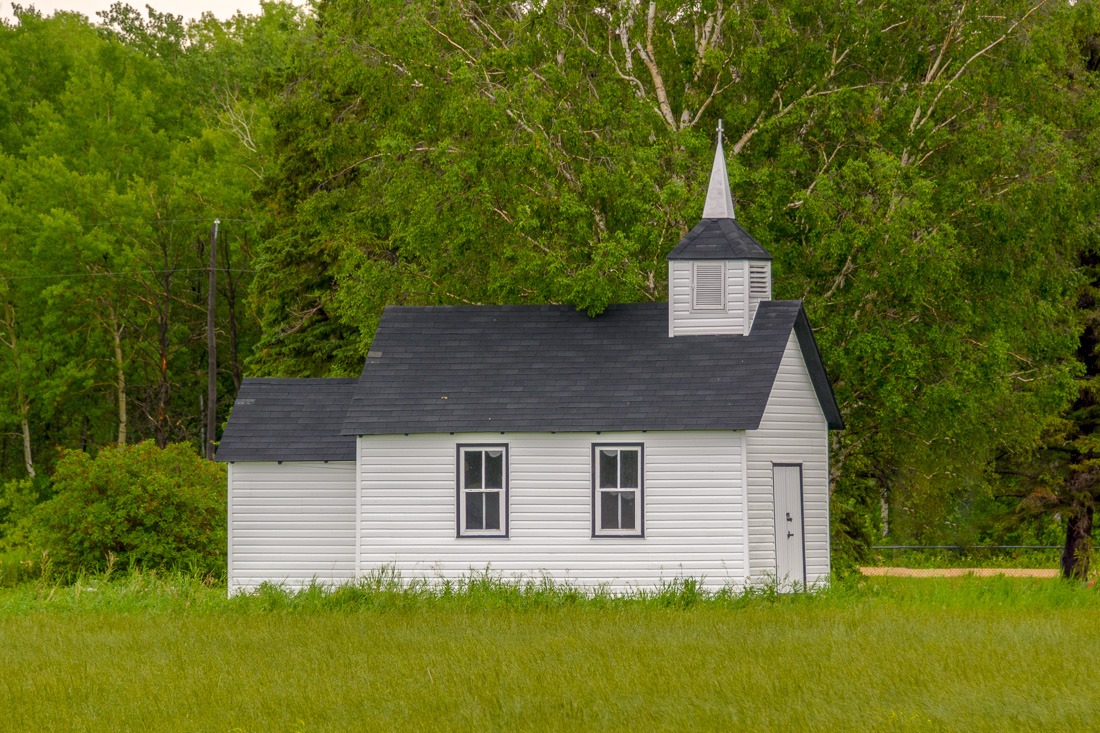 Other churches are still functioning, like the Mustard Seed Chapel, the smallest church I ever came across. Tucked away under the trees, this church provides services at least twice a year and has a fully “active” cemetery. Quite the contrast with Notre Dame de Paris. 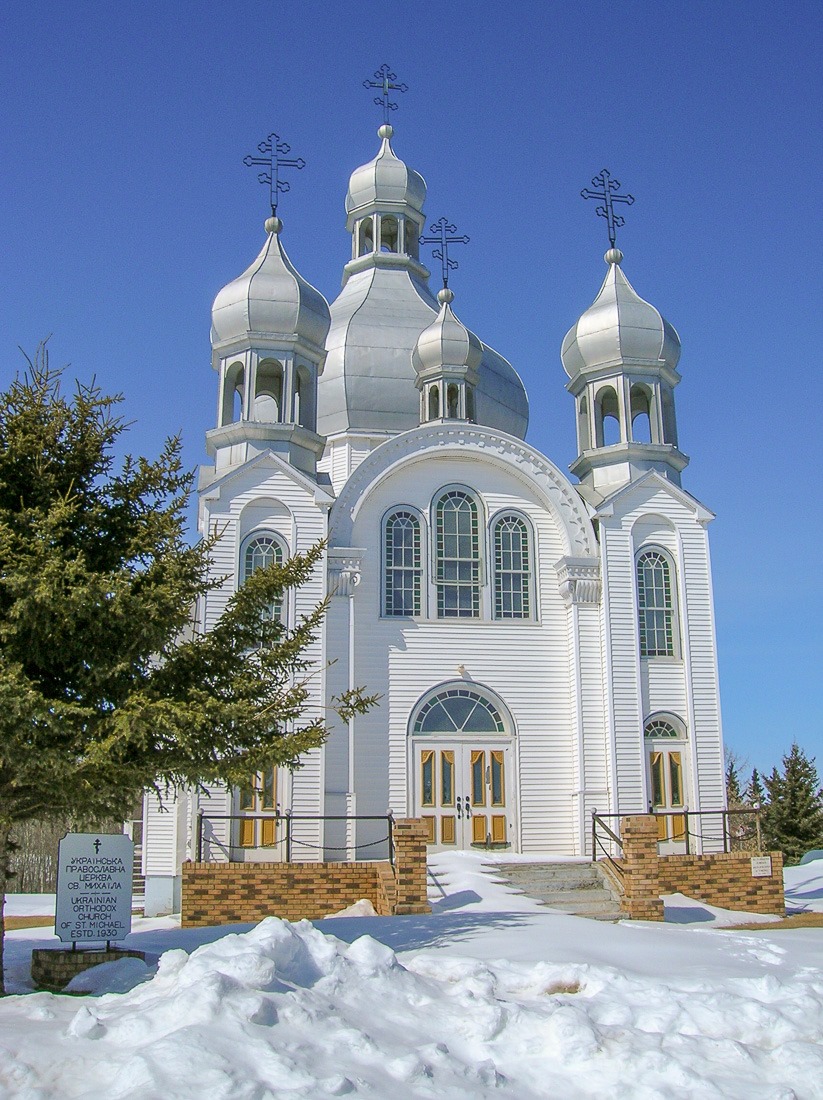 When I first came to Canada, we did a lot of cruising around to show me what it looked like. My family had stayed back in Ukraine. At the time I had no idea that Manitoba had one of the largest Ukrainian communities outside Ukraine. Many Orthodox churches all over the place. Although I had no idea of really how many there were. I just had to shoot this one that I came close enough to while in Sandy Lake, MB. We were planning on moving to Canada and I wanted to show something that would strike a favourable cord to the family staying behind. 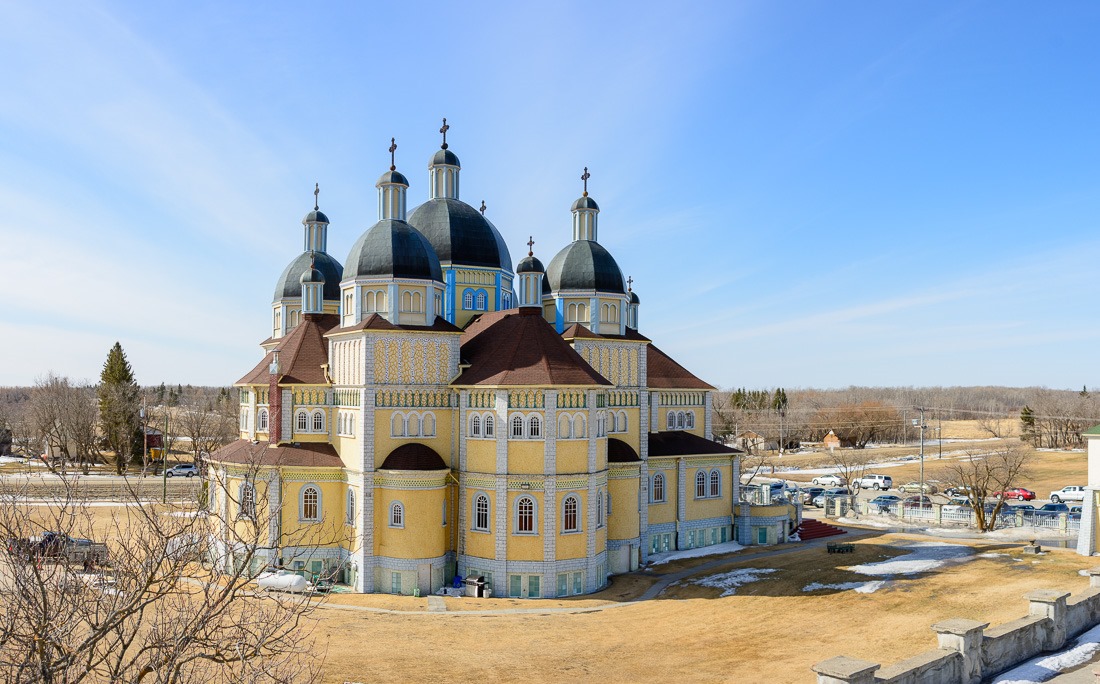 Never had I imagined that shooting churches would become a part of my regular photography. I am not much of a church goer, -never have been- but I can wholly admire the dedication to building these churches everywhere. One does not have to be an active believer in any faith to see that the common admiration for a faith leads to beautiful creations. Functional churches to celebrate that faith are now to be admired everywhere. 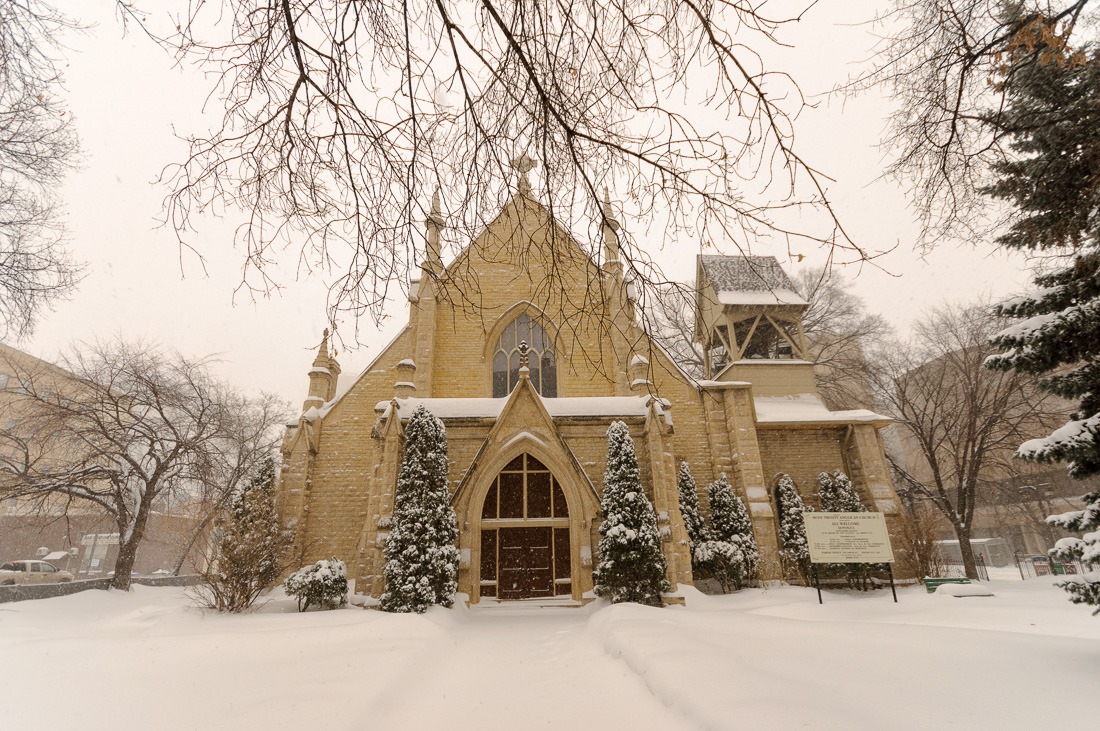 However, I rarely wander inside a church. Not out of fear or conviction of a different belief. More out of respect for those who go there to celebrate their own beliefs. I am always a little weary of making some kind of “inexcusable” blunder in the eyes of the regular visitors of the church. I respect their beliefs and will never tread on that. I expect others to do the same, even if in some cases that will be a far call. 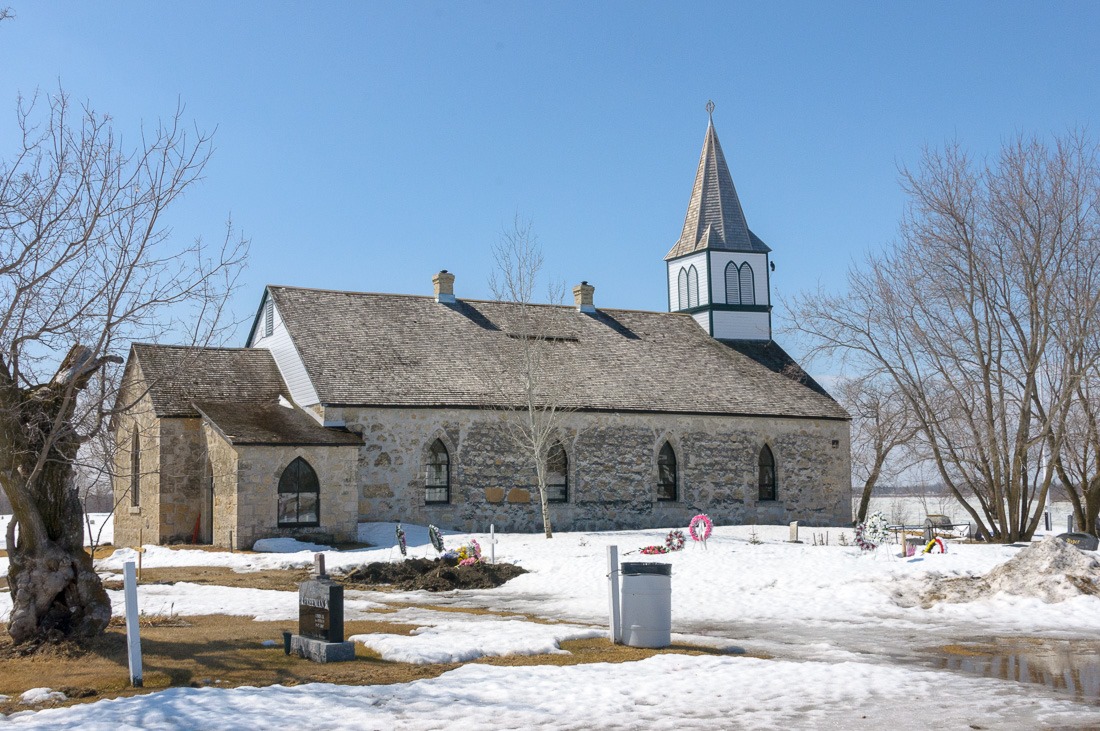 Churches on the prairies, that’s what I am after nowadays, not so much the faith they profess. Some of these churches are old, some only look old the above church of St Peters in Dynevor on the Red River, just north of Selkirk is old, the Cooks Creek Cathedral is not. Yet both have this “mystical” feeling about them that I cannot explain. 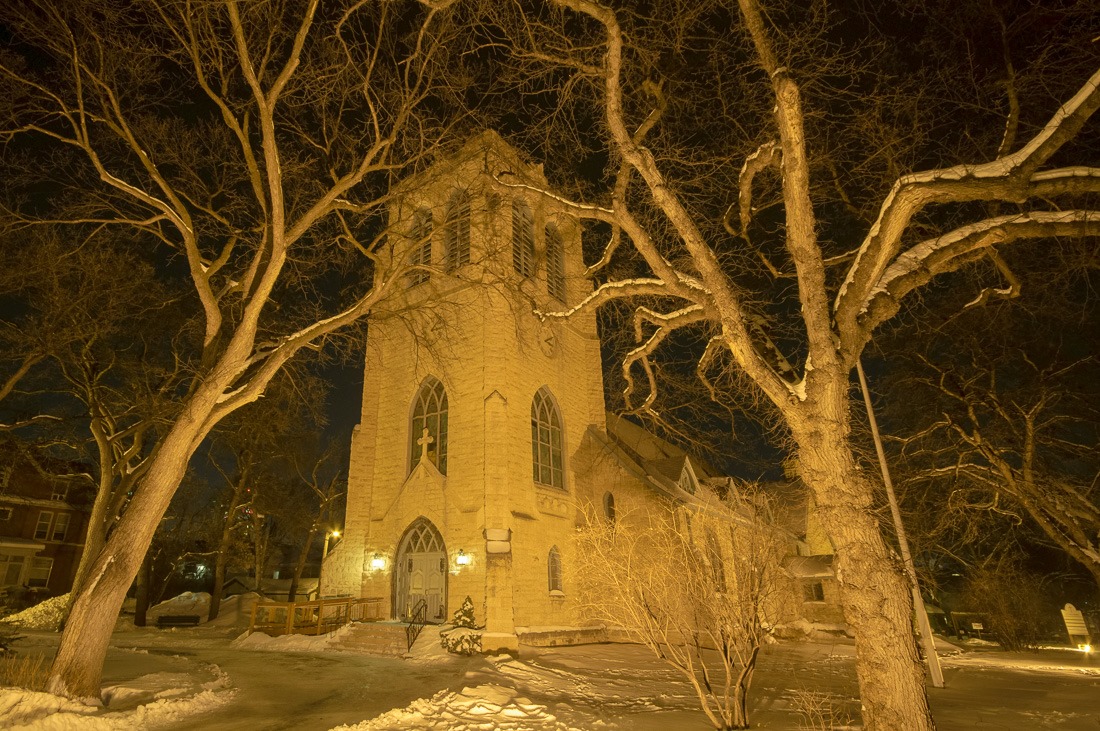 I think it is something about stone churches or old stone buildings, like the Roman buildings and bridges I have visited in Europe, long ago. There’s always a feeling of admiration as to what people achieved with hardly any mechanical tools. No saw blades, no drills etc. Just plain hammer and muscle. That forces admiration. 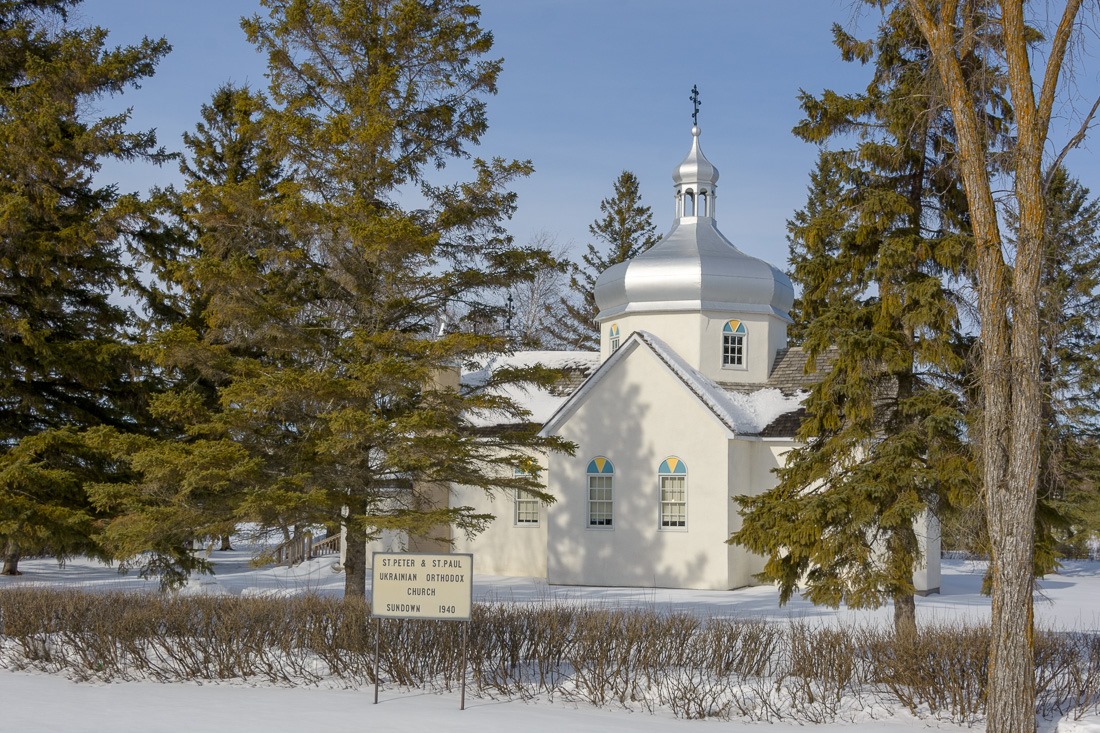 It’s not to say that modern churches or buildings have no ingenuity, but one can know that much of that ingenuity is thanks to the black brain of computers and machines. Carefully cut steel beams and glass has simply less appeal to me than rough hewn stone held together with centuries old cement. 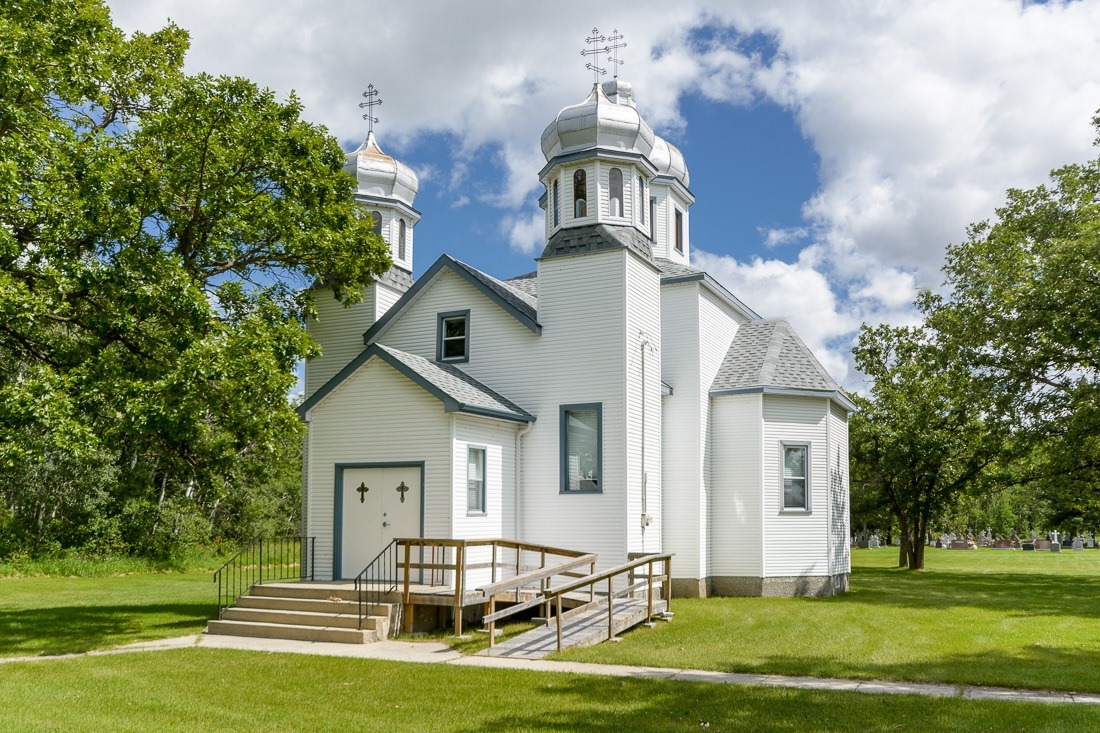 At the same time, wooden buildings, like most of the prairie churches simply had to have good carpenters. People that knew what they were doing and why. When I see abandoned churches like the Sclater Church, still standing after having been abandoned for more than 40 years, that says something of the quality of the workmanship. 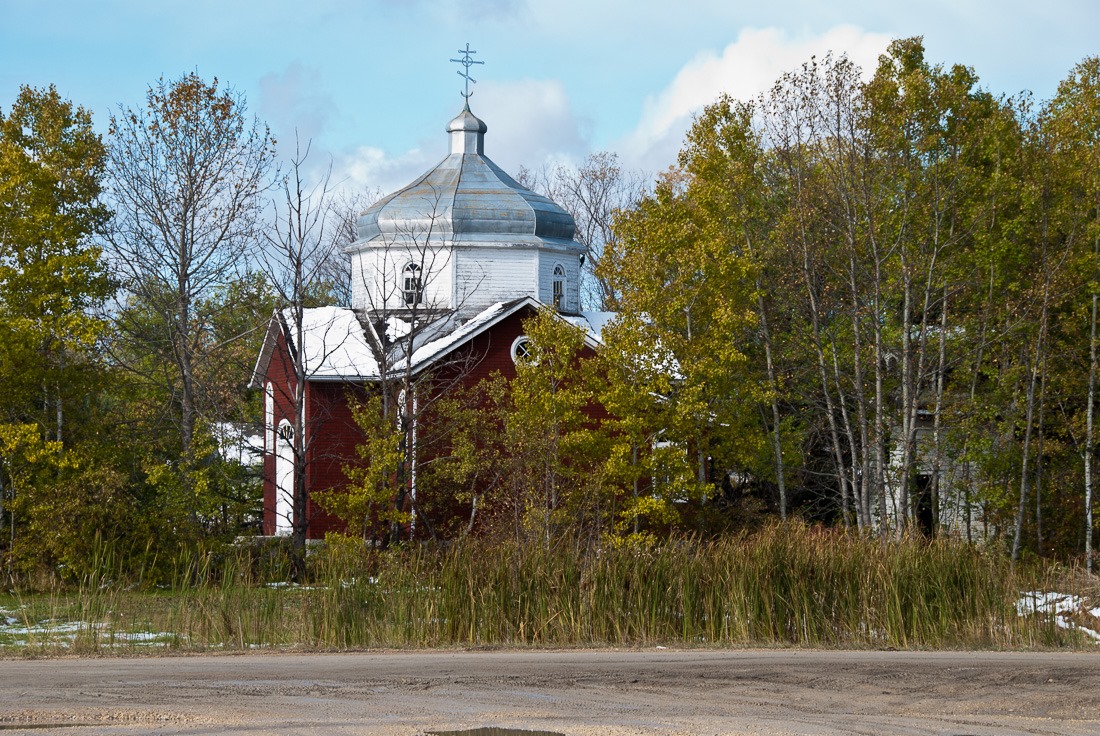 I’d say that their dedication to the quality of the work was a witness of their faith to that church. Simply a question of not messing it up for the higher power will know about it. As well as the community they were part of. Their own reputation was at stake as well. 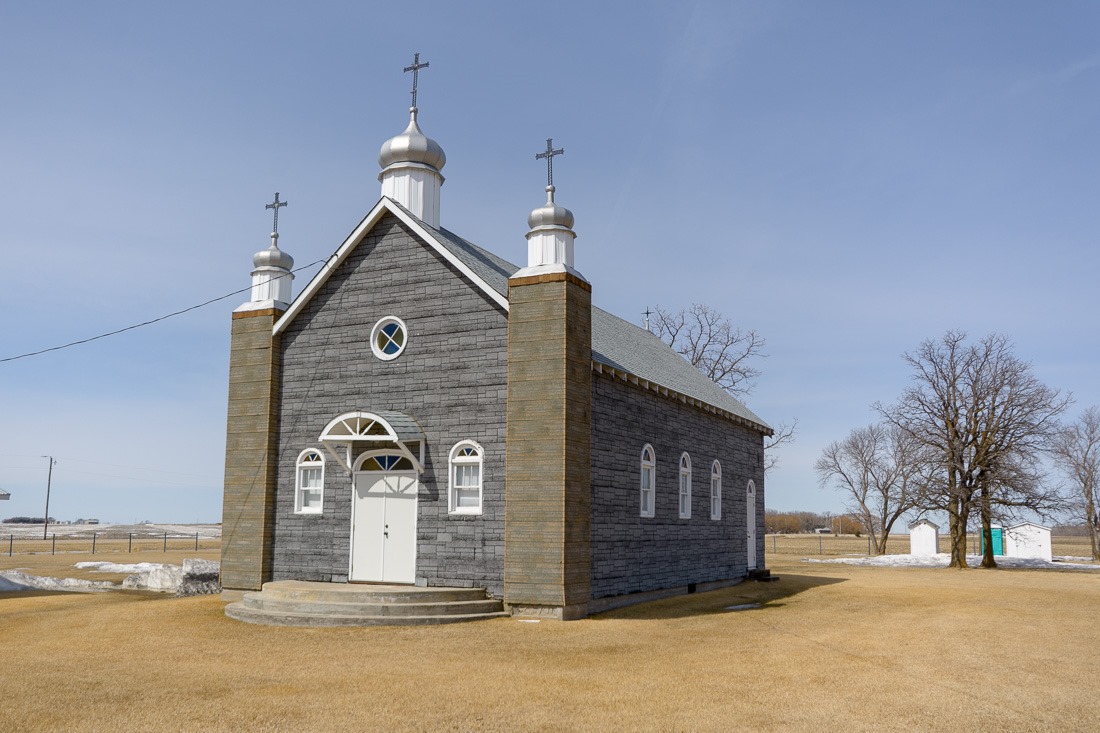 What also strikes me with the prairie churches here in Manitoba is the diversity of styles. From outright extravagant to humble and austere to nearly “invisible”. All faiths and their styles are represented (not in this blog post, I’m sure of that). Each church represents the style of the congregation, I’d say. 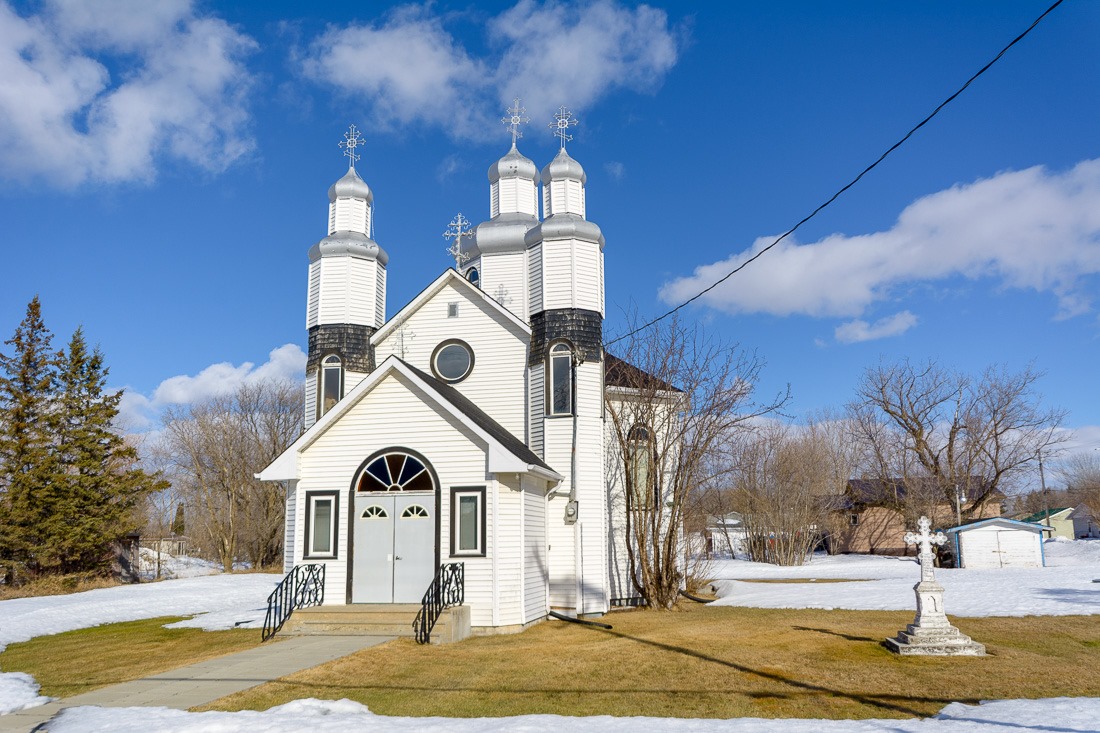 But perhaps it just depends on the location and the availability of the materials. Having only homesteaders in the area might make for a good congregation, but may not yield enough building material for an extravagant church. While areas with lots of building material may not have enough faithful people to build a decent church. I’d leave that in the middle, so to speak.

Whichever way you look at faith, religion or absence thereof, you have to admit that the tenacity and ingenuity to build churches to the glory of the faith has given us many beautiful buildings to shoot.