Going out to shoot a series of pictures is nice. Shooting with friends is a lot nicer. There’s a game out there called “Words with friends”, but I prefer the version called “Pictures with friends”. Going out alone can be a bit overwhelming at times. Even more so if the conditions are not too favorable. Icy cold temperatures, stormy nights, you name it. 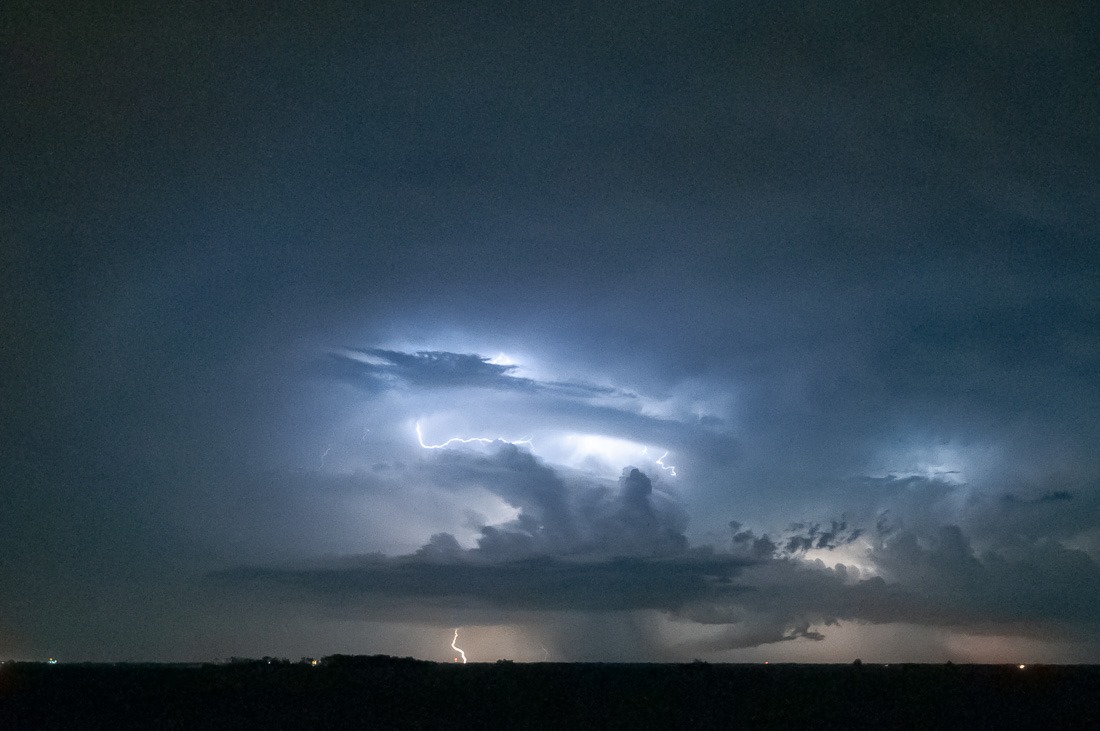 All of those conditions can be daunting to shoot in, it’s always more comfortable and more fun to shoot them with friends.

With friends, you can discuss what to do if the situation becomes a bit too hairy and act upon it. Going storm chasing all by yourself is taking unnecessary risks. It’s easy to get caught “in the rain” and get washed away, so to speak. Getting friends to come with you to shoot these fantastic weather phenomena should be quite easy. What photographer wants to miss out on a chance to shoot something extraordinary? I don’t know many of those…

I will not be naming the friends I went out with for any of these shots, some may want to preserve their privacy. If they read this blog, they will remember the occasions we went out on 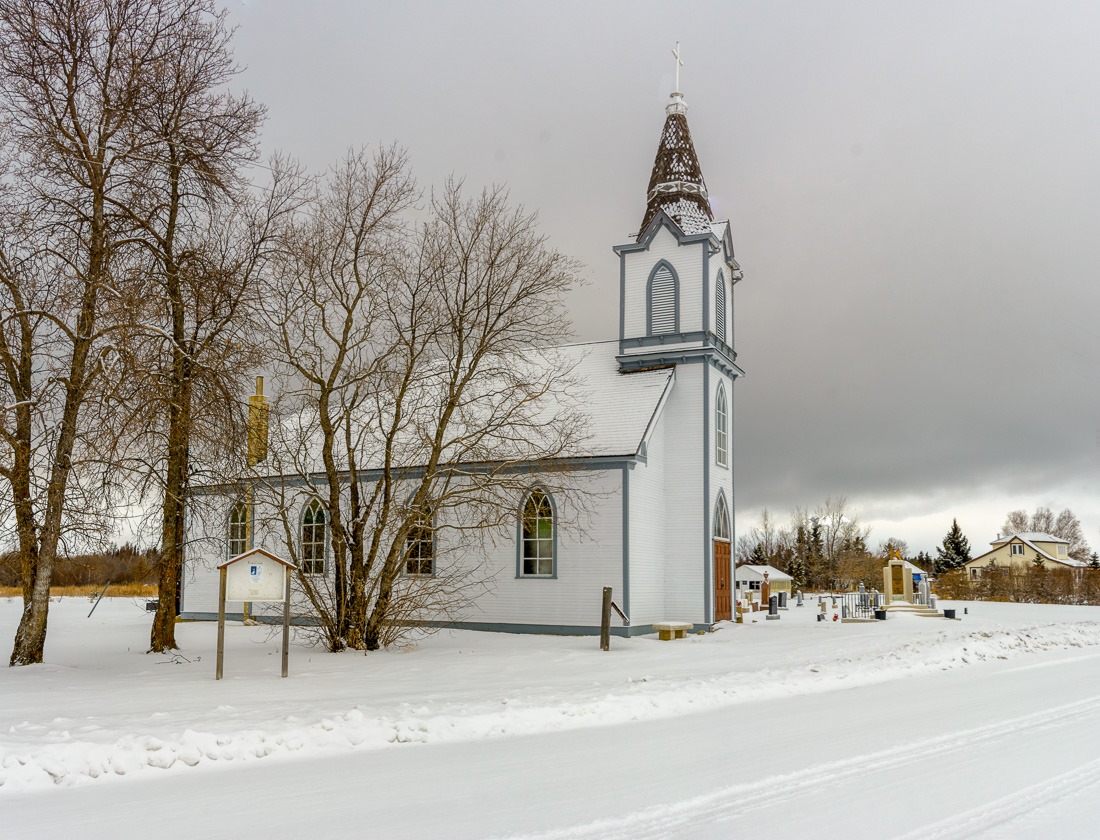 Hecla Island on a cold morning. We left Winnipeg way before daybreak in the hopes of catching a nice sunrise. Everything looked promising during the trip up to Hecla, and then a few minutes before sunrise the clouds rolled in with a vengeance. Fresh snow and high winds left us no choice but to seek the shelter of our car just after having shot the little town church. I have shot this church many times in the past and will certainly be back to shoot it some more.

Going Downtown Winnipeg by night is for many people a big no-no. Unless they go in a big group to deter all kinds of perceived threats. On the night we went out here, we managed to talk to one person only, just stopping by to say hello and ask what we were shooting. 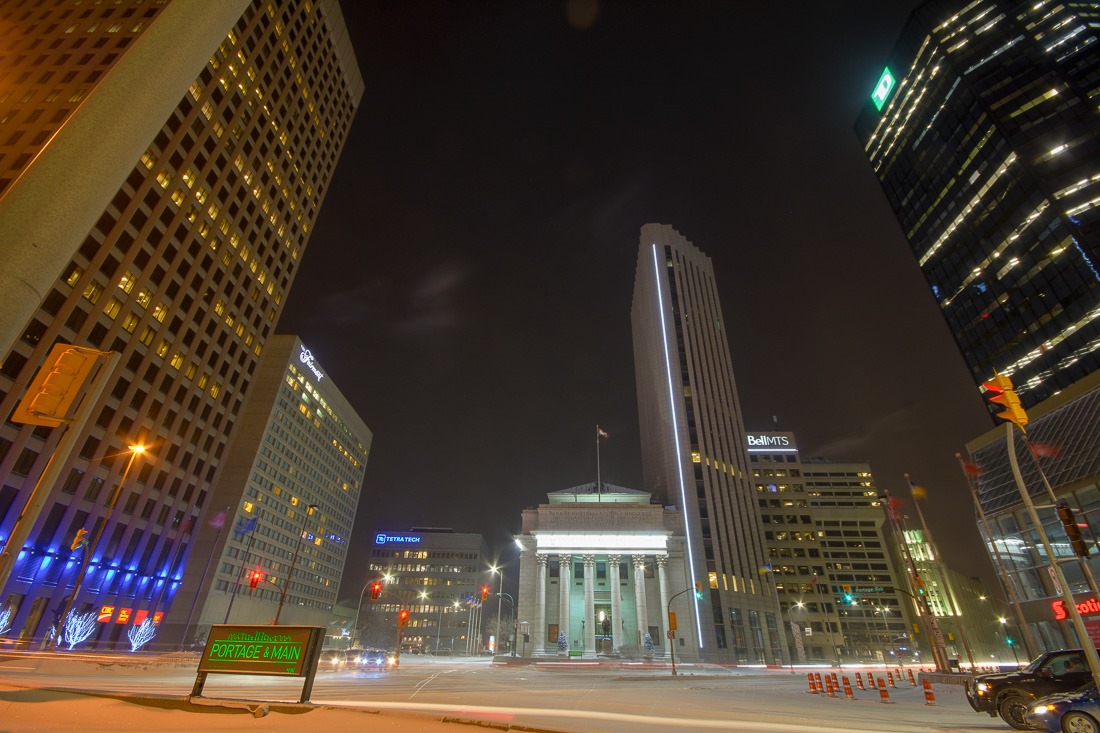 Standing on Portage and Main in Winnipeg is for some a “special” place, on this particular night it was also one of the colder places to be. The reputation of Portage and Main is that it is the windiest intersection in North America. Add some far below freezing temperatures and you get a combination not many people want to face alone. Again, shooting with friends is then a way better option. We had a lot of fun and shot many (award winning) pictures. 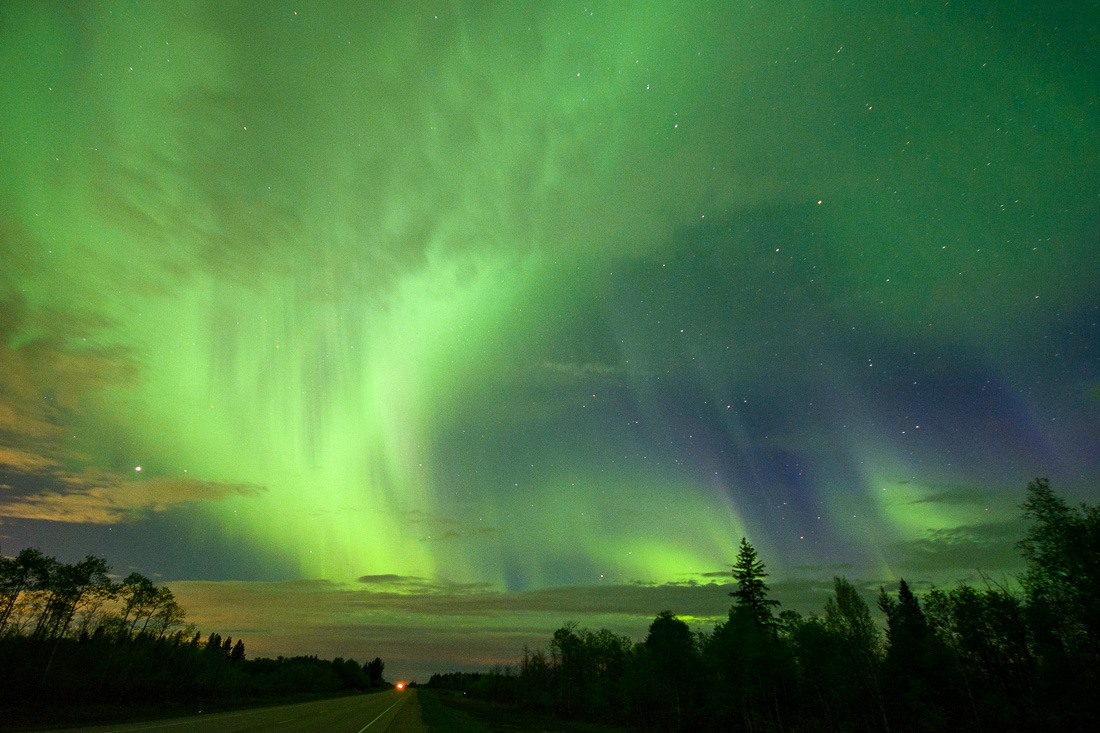 But downtown Winnipeg is not the only place where one can go with friends. On a very non-promising night for aurora, we went out for a drive, expecting nothing. By the time the sun was setting, I noticed some weird colour in the sky, away from the sunset. Normally, aurora is not visible until well after sunset but this one made its way in much earlier. By 2AM, however, the show was at its maximum and any place in Manitoba would have been good to shoot it. Dancing light and dark skies with a few clouds and friends, can it get any better? 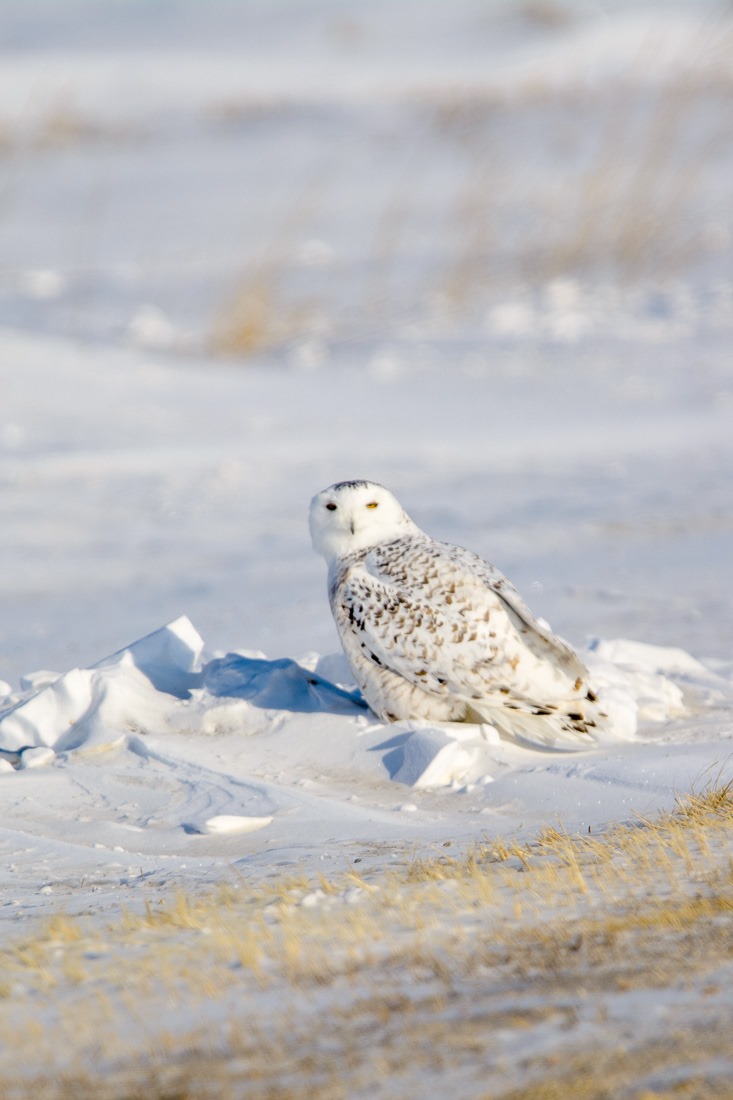 Friends and photography do not only go together for night times, but daytimes are great too. Going out in the cold expanse of the Manitoba Prairies to find a Snowy Owl or two can be quite boring all by yourself. Taking a friend with you to shoot them and have conversation time while driving and staring into the big white plains makes for a way more pleasant outing. 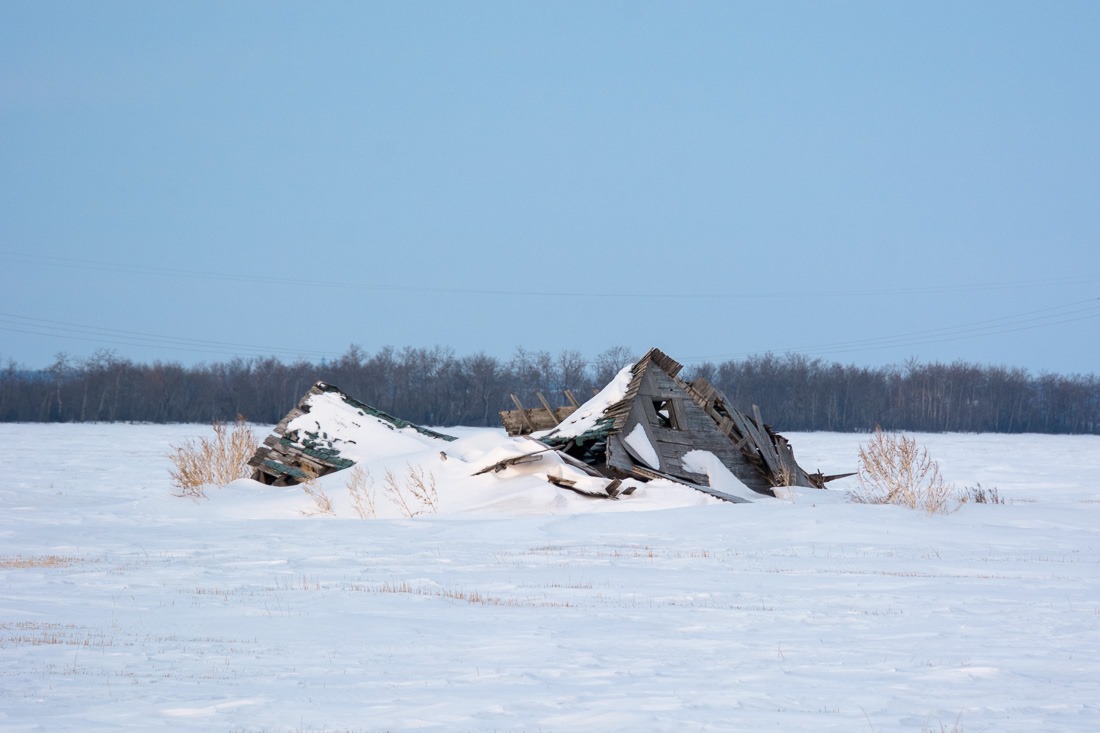 Out for the count

Even more, once in a while you come across some old buildings that will have not much longer on this earth. It’s interesting to find those buildings and exchange information about the whereabouts of other buildings with friends. Although I do not share locations publicly, sometimes I can take friends out to places I came across and they didn’t, yet. 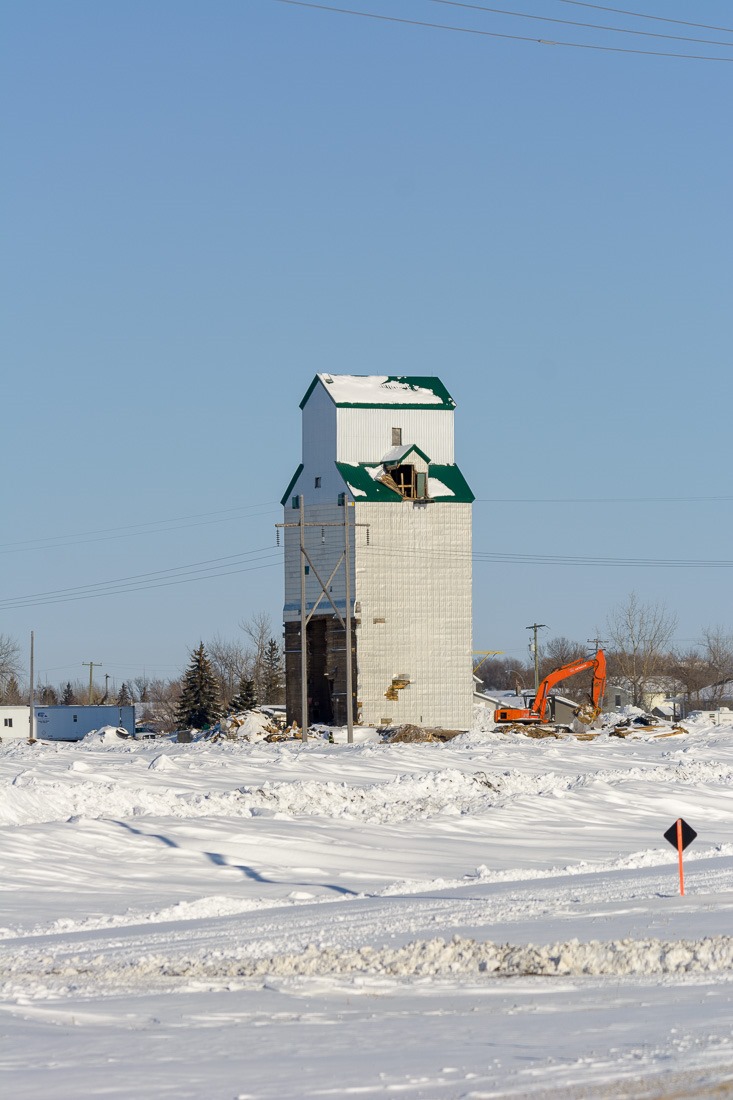 And then you have old buildings that are literally at the end of their life and are being torn down. There is always more information to be had if you go there with friends. Someone will always know something about the building that you don’t. And maybe you have information they don’t know, the exchange of information between friends while out on a shooting trip is invaluable.

Pictures with friends, what better way to spend time shooting outside?