A bit of nostalgia

Nostalgia is good, it means you had a good time with good memories at one time in your life. As some of you know, I lived for some time in Ukraine several years ago. While I love Canada, there is still a piece of me that wants to go back to Ukraine and smell the earth over there. 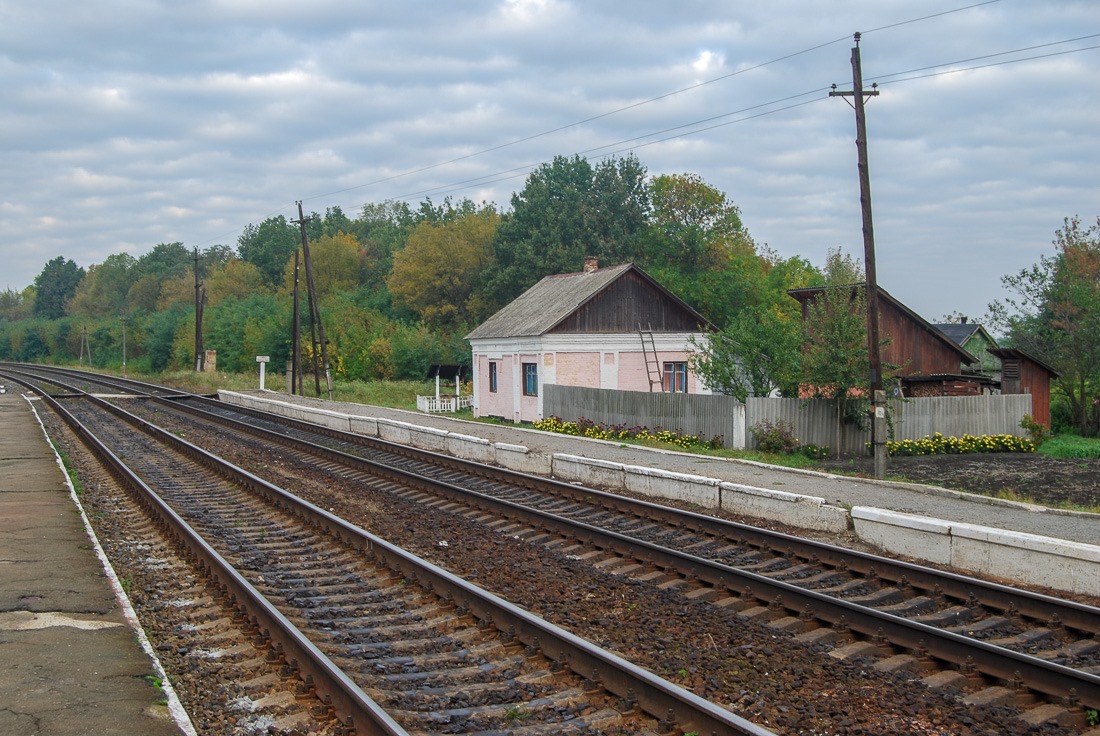 Of course, this type of nostalgia often overcomes me when the temps here dip below the –30C… It’s not easy to go outside and do your daily exercises while your eyeballs are freezing. In my case even my brain might be freezing. Instead,  I’ll stay inside for a while and remember the warmer days we spent in Ukraine.

The few years I spent in Ukraine were good. No harsh winters and nice, warm summers. At the same time I was lucky to have acquired a camera to put it all to memory. A little over ten years ago, I left for Canada, trying to make a new life for my family and myself. Ukraine today is not very stable and things might get ugly very quickly with the neighbour they have. If I had been in my twenties today I’d probably have been on the front line trying to keep things from going really sour. But that time is gone for me. 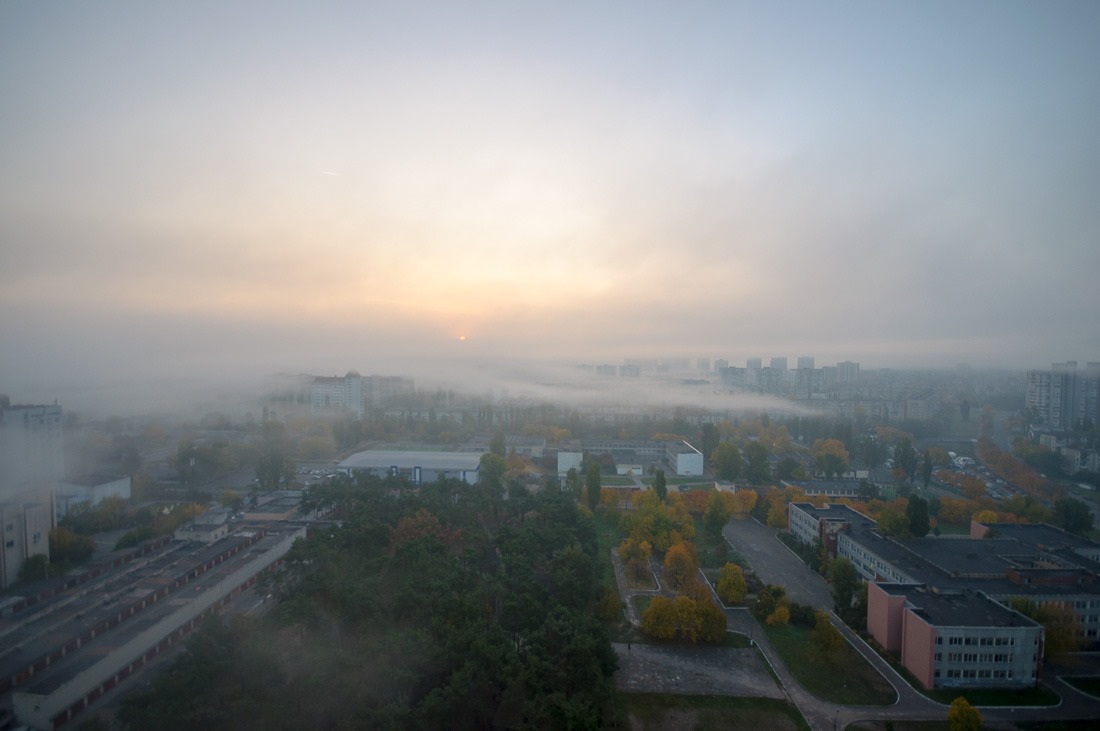 Kyiv in the morning mist

Now, I have memories to cherish and things to build up here in Canada. The above picture is from Kyiv, one of the last days I was there. It’s a busy city, with plenty of things to do and to experience. It’s a photographer’s paradise, if you know where to look and in some cases, if you know how to look somewhere. The tensions with the big neighbouring country make people a bit weary of getting photographed with a big camera. Bad memories of spies and secret activities will have something to do with that. 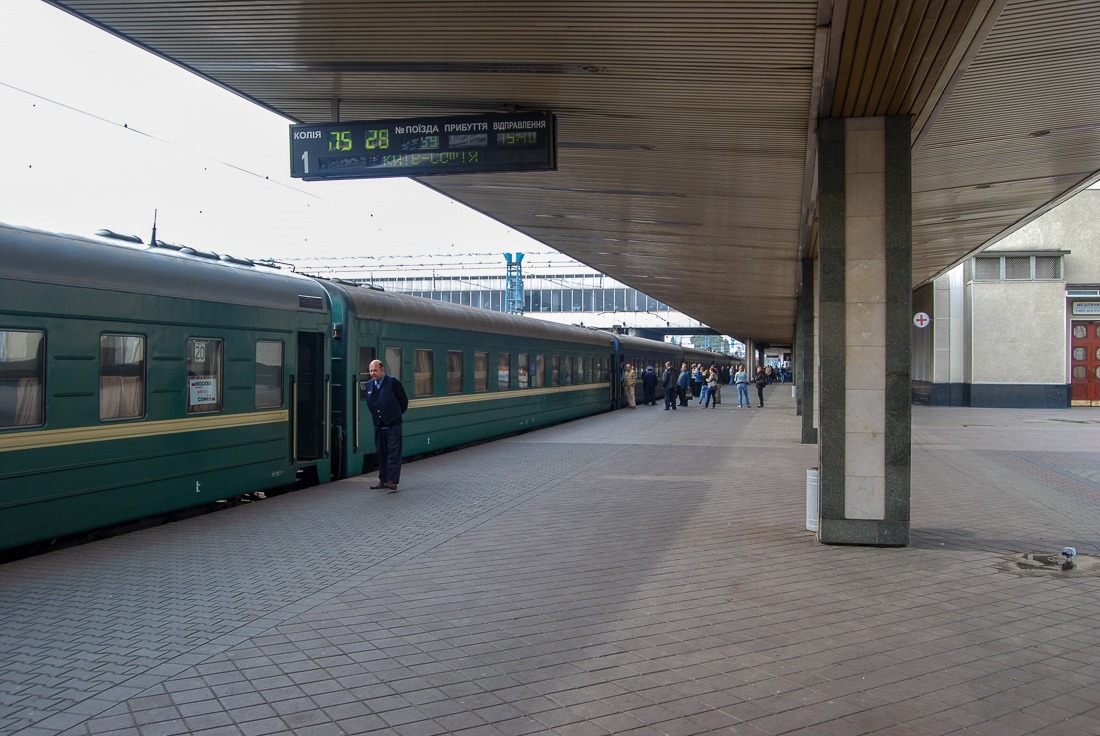 Today, if you add a smile to your camera, people will usually stop minding you, but not always. I have been yelled at a few times for pointing my camera in the “wrong” direction. The “smile” method did not always work. A shrug and turning away stopped the yelling and the noise quickly, though. People in uniform are particularly sensitive about their picture being taken. I remember being asked to produce my passport because the local police thought I had taken a picture of them. I hadn’t but that time I only had a film camera and couldn’t show them. 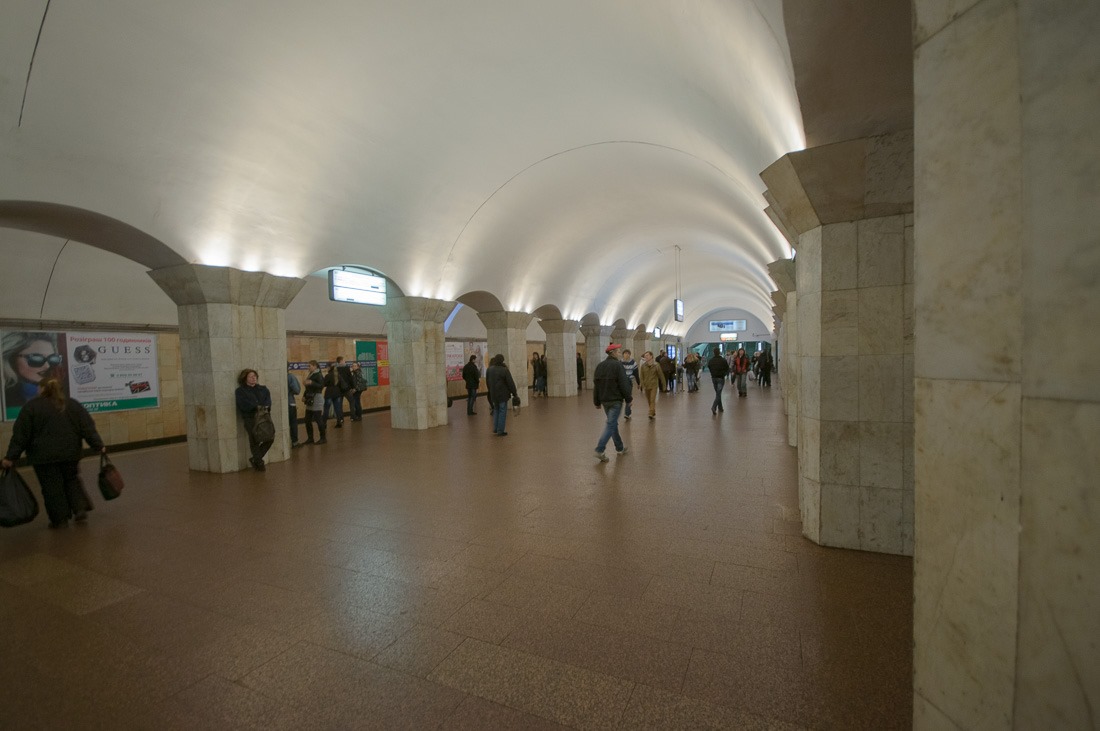 I usually try to be quite open about the fact that I take pictures. Lurking in corners and dark places to get a specific shot is a good way to get flushed and interviewed by authorities or other people. At times it seemed like people with a camera were fair game for interviews 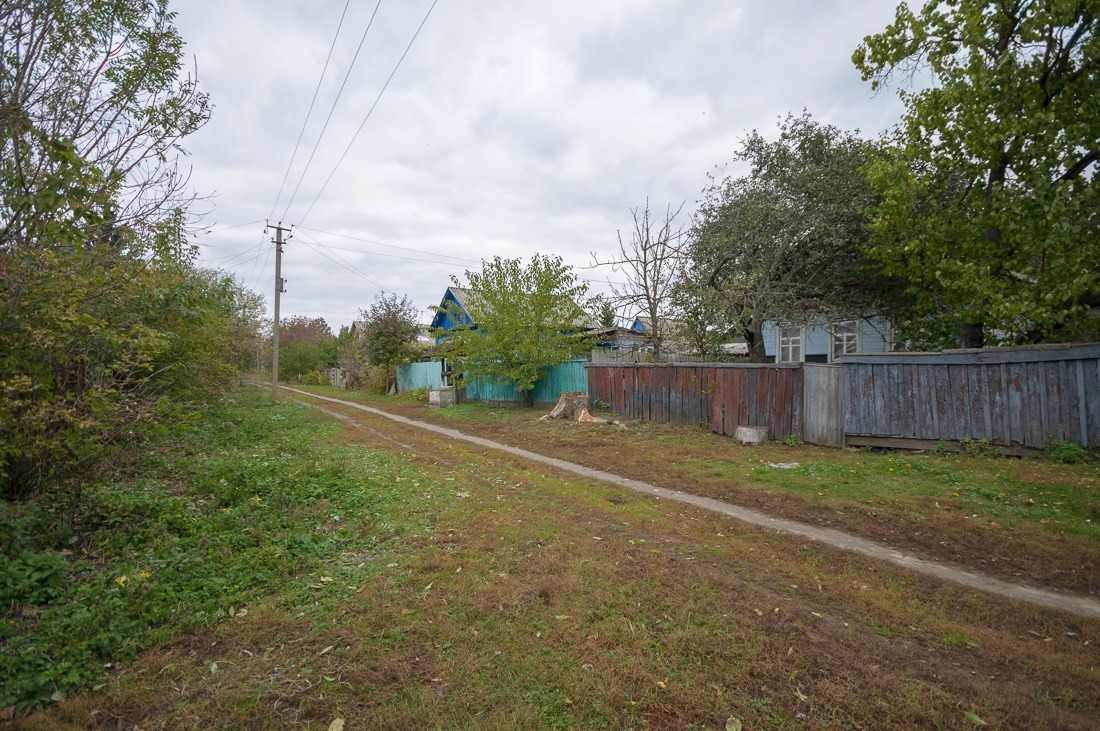 From Kyiv, we often left for a small provincial town and from there to a rural village. Coming from France where I had only lived in big cities, this was a big change for me. A change that just begged to be recorded on memory cards. Main Street in the village looked like the picture above. Needless to say that waking up early morning was a real pleasure. At times I am still wondering why people want to live in cities where everything is noisy. Waking up with the sound of mooing cows and clucking chickens is far more relaxing. 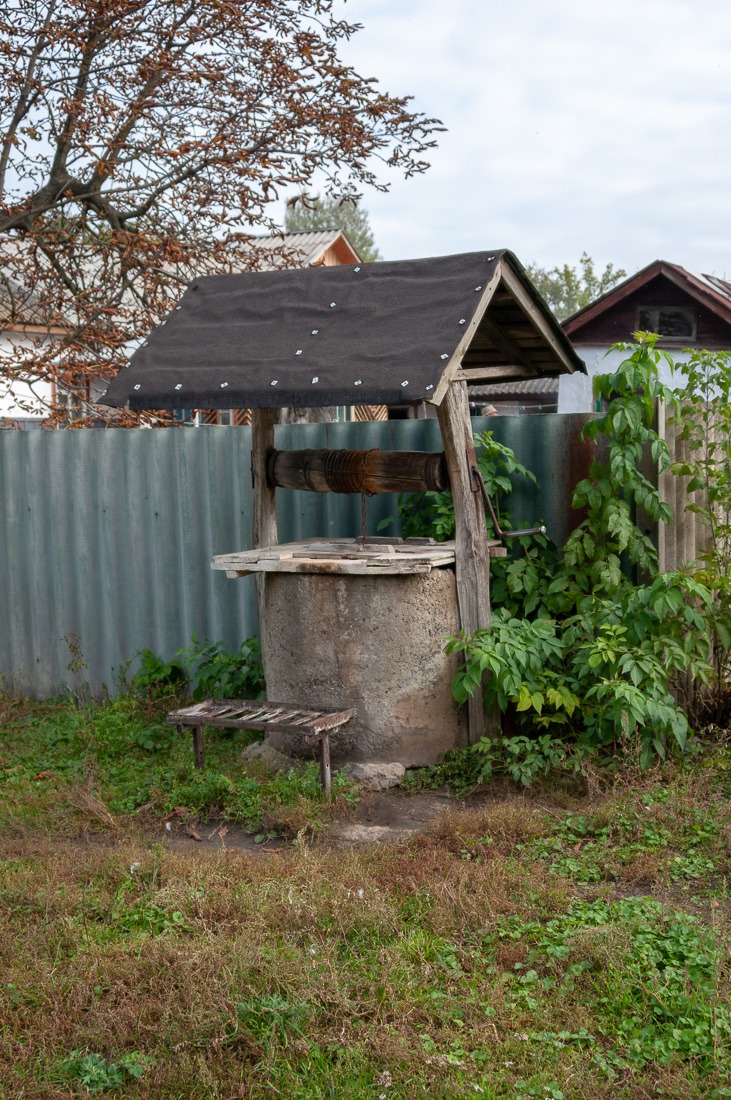 However, for the city boy I was, drinking water from a well was something I needed to get used to. The water had a weird taste. Until I noticed that across the street there was a cemetery… After that I went to look for other wells, further away from there and the water tasted fine. It reminds me of today’s “rule” to not drink water from a garden hose… I did that too when I was a kid and never anything happened to me. Garden hoses must be made of different material today. 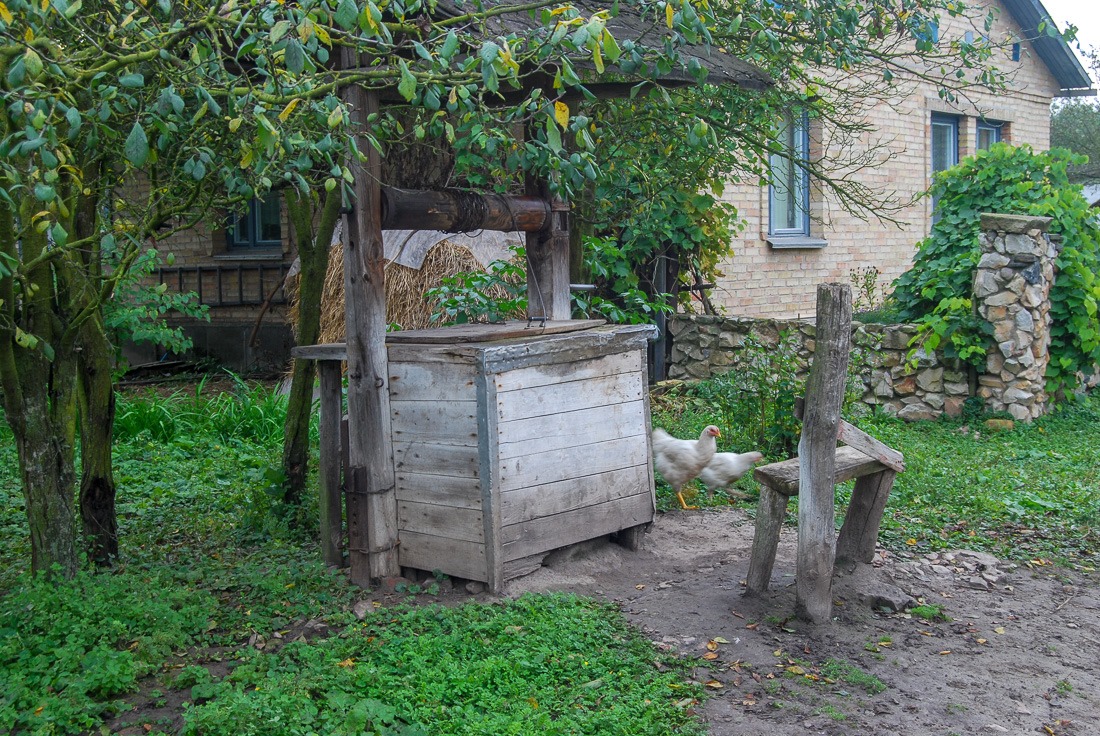 In general the water is or was safe to drink and to cook with. No chemicals seeping through the ground. At least as far as I know. So far I have seen no adverse effects from drinking that water back then. I guess I’m safe now. As for the houses in the village? Well, they may look a little outdated comparing to Canadian houses, but they are very comfortable. Even if some amenities like running water are not in there. 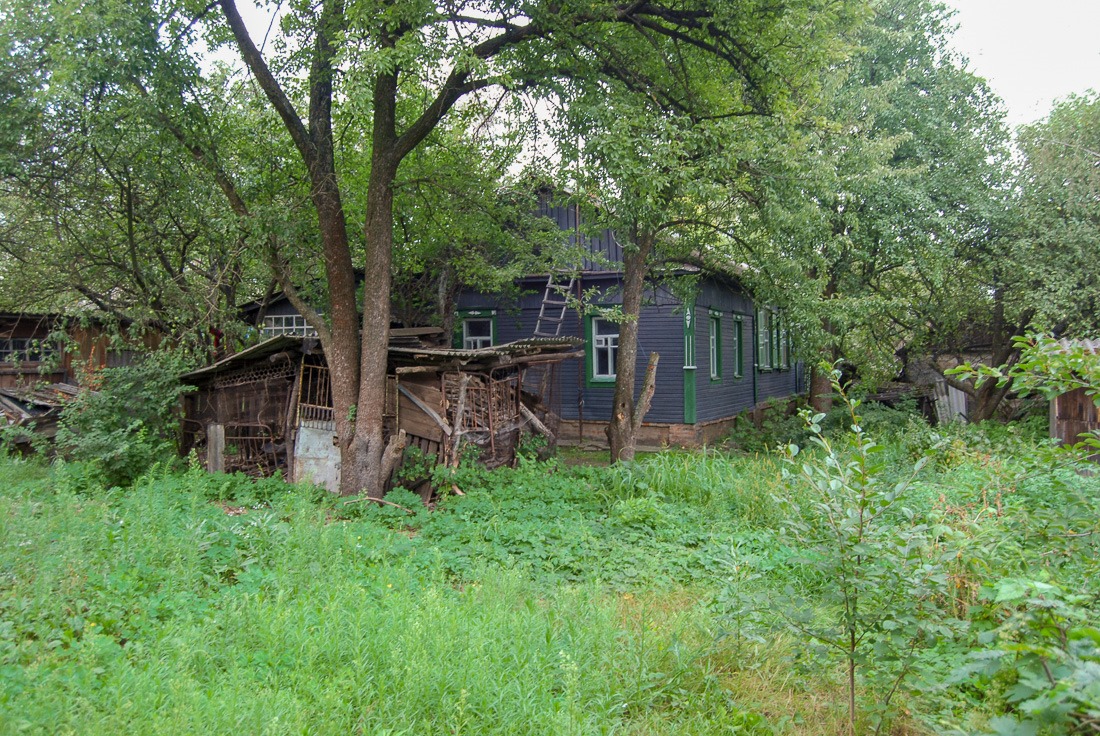 Our house in the village looked better than this one, but this one was more photogenic in my eyes

even if this one was in the small town I talked about. This was a fully functional, inhabited house when I took the picture. It was all wood inside and pretty comfortable. Of course if you compare it to the Canadian standards, this was uninhabitable, but then again, they don’t have to live up to –30C in there either. The infamous Russian Winters where your breath is supposed to fall to the ground in chunks from the cold only happen in Siberia, a mere 4000km away from there.

All in all, these memories will stay with me for the rest of my life. That’s the reason I take pictures, they not only show me how it was “back then” but also bring back the feelings I had when I took them. Nostalgia at its finest…