It is this moment in the year again. TV evenings full of war stories and heroes as well as horrors from all wars never to be forgotten. So this time it is my turn to write a story about the war. Not that I have been in one as a baby boomer, but I heard enough stories from my parents to be fairly close. 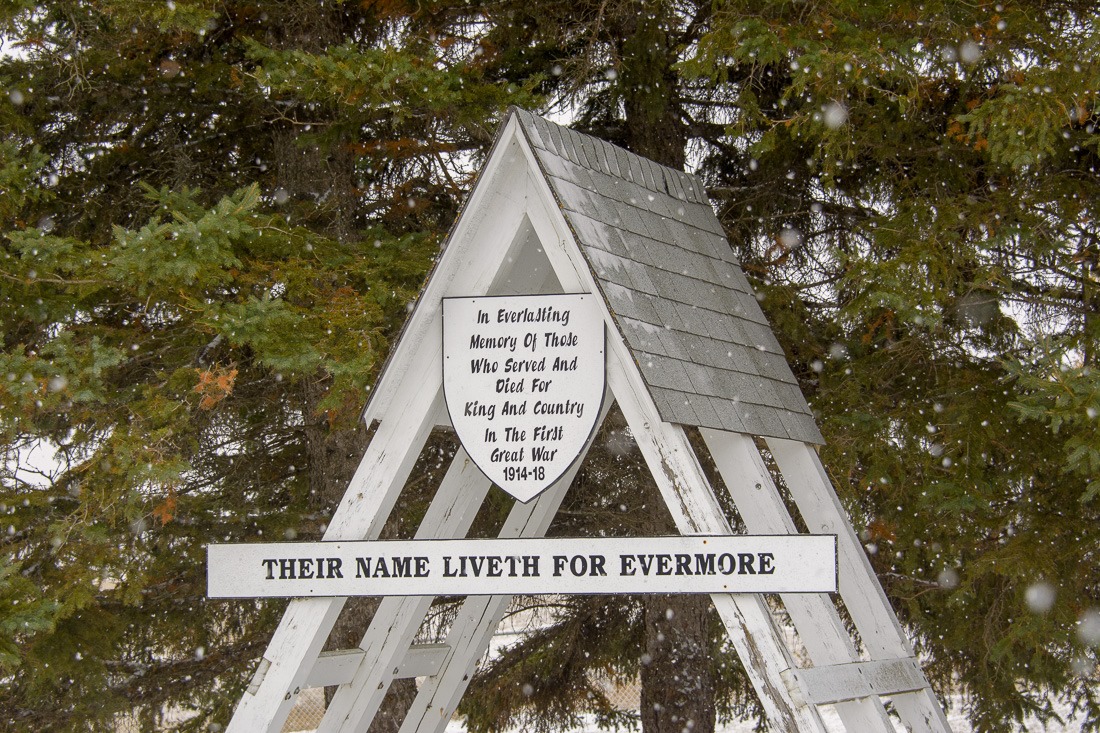 Perhaps that’s a big word. We can never come close to the sacrifices many soldiers made to ensure our current lifestyle. That is one thing that should forever be in our minds.

A few weeks ago, I went with a friend to Camp Hughes, MB. In 1916, in the middle of the Great War, the one that should have ended all wars, Camp Hughes was bigger than the city of Brandon. Filled with military, not with civilians, it was a training camp for the horrors of Europe. A complete copy of what was to be expected in the trenches in northern France and Belgium. 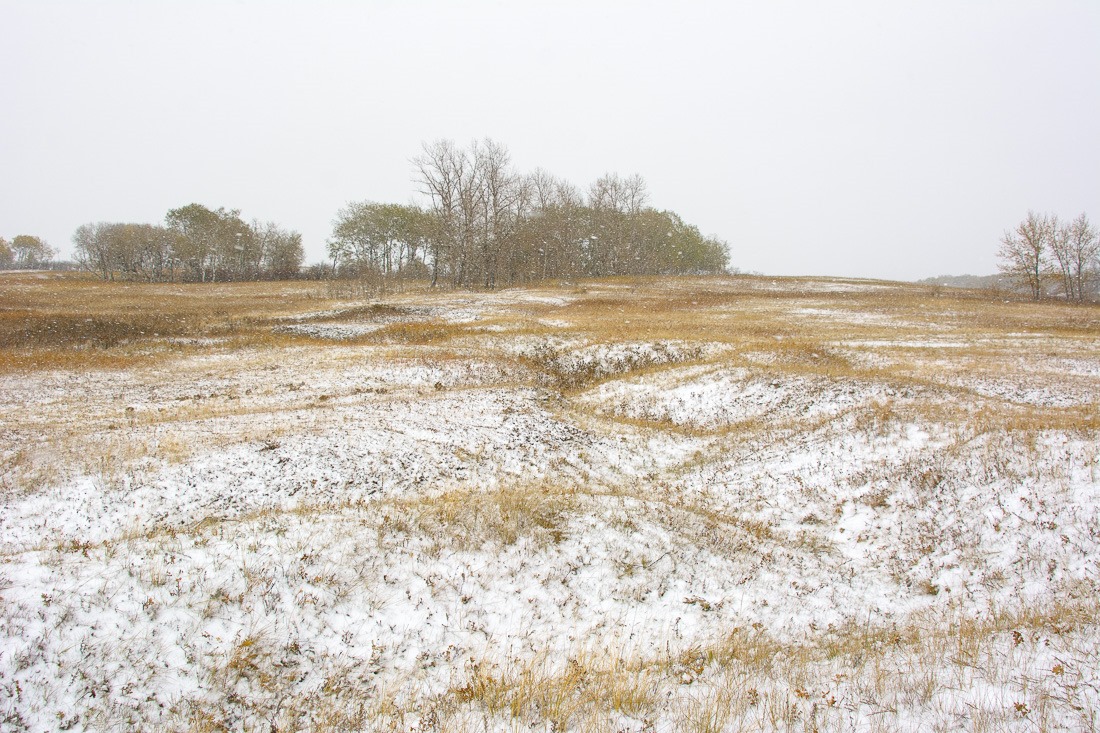 Of course, in 2018, much of the installations have disappeared, either through man or through nature. A hundred years does change things around. The trenches of Camp Hughes were replicas of the ones to be found on the Front, way deeper and fully equipped with the most modern warfare and communications gear. 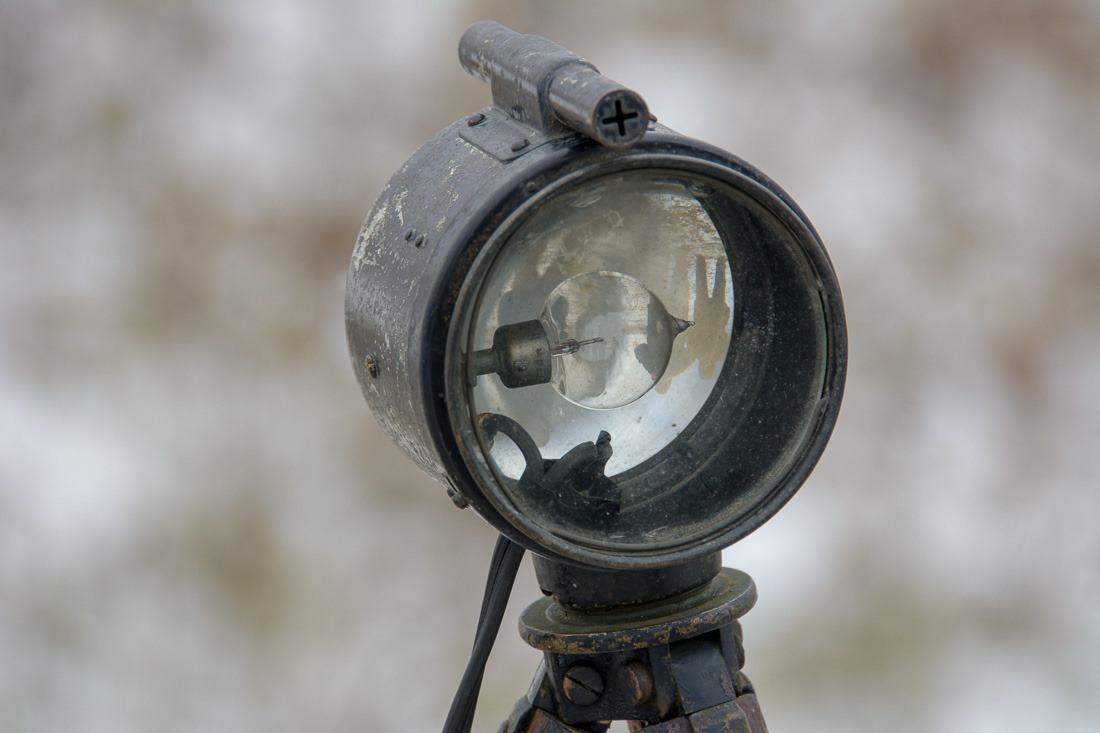 Communications set up slightly behind the front line, out of sight of the enemy was top of the line. Light signals to be sent with… light and to be received with the eye. 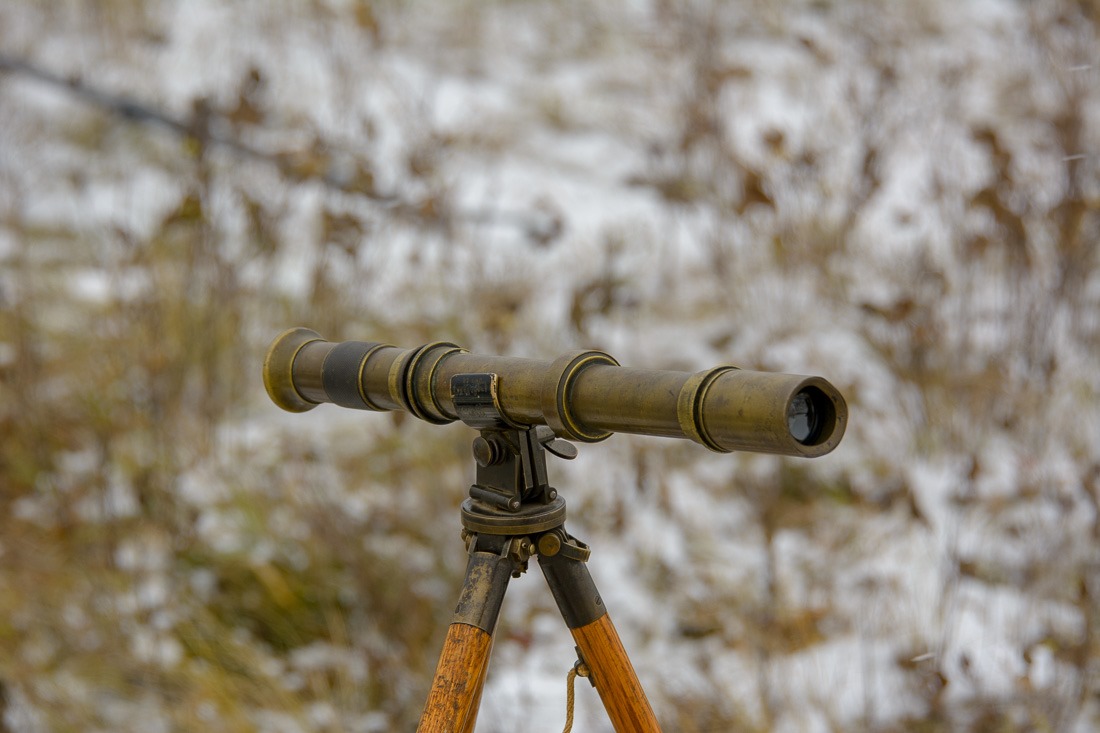 If electricity was not available, flags were used in the same way as centuries before on ships. Although the code used was very different. If light, flags and sound didn’t make it through, the last resort was the use of legs. Radio men were supposed to be good runners too, carrying the messages from one site to the other by running though enemy fire and whatnot. 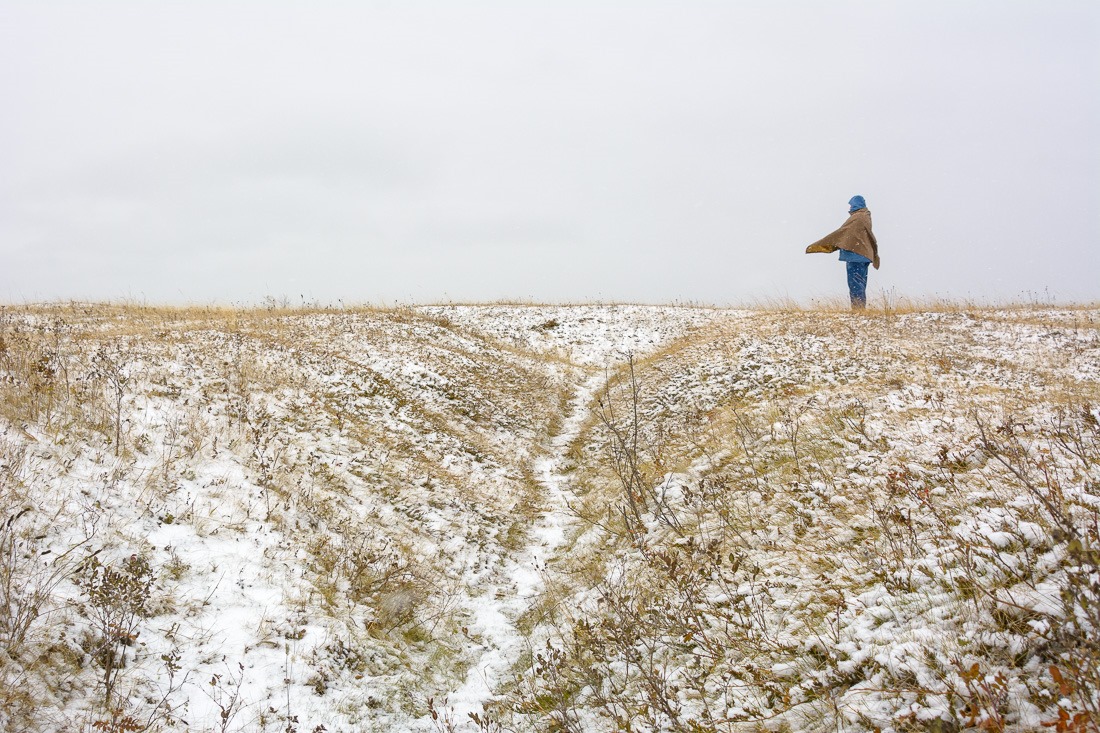 The end of friendly territory

This man, standing on top of what was the front line trench would have been an easy target for the enemy. In today’s peace time, he was simply there to mark the front line. 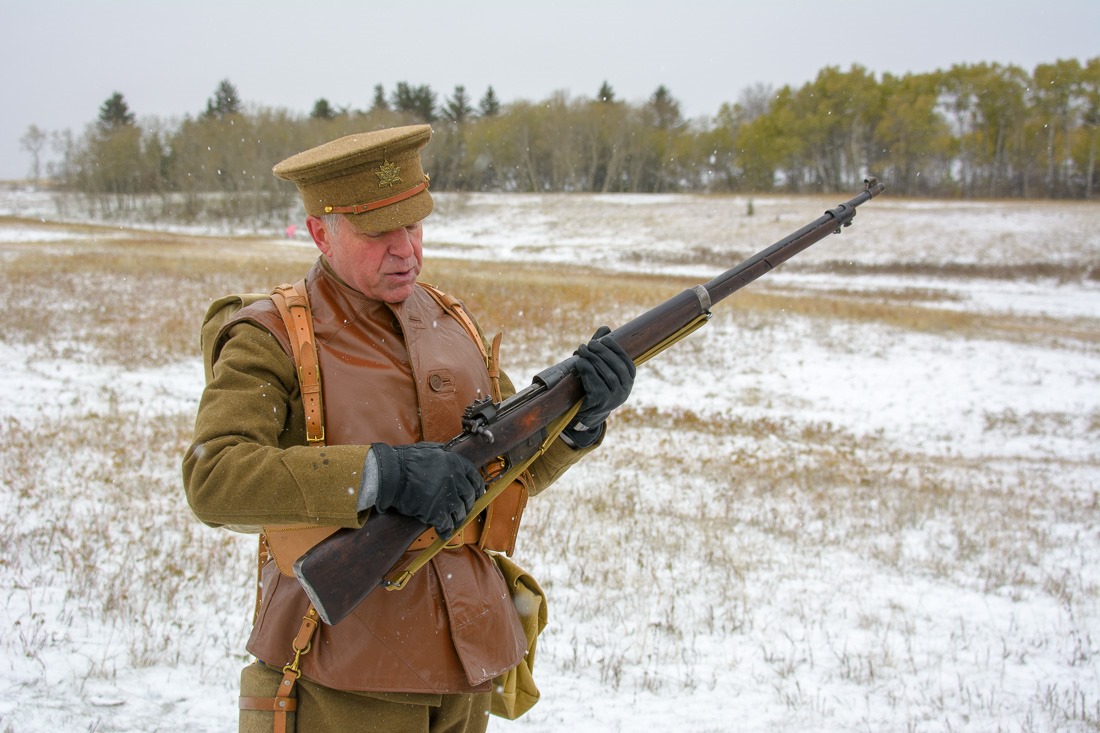 Soldier with a Ross Mk III

WW I also saw many innovations in weaponry. The first tanks bumbled onto the battlefields, cannons were brought in, refined and enlarged on both sides. Rifles were used and discarded or replaced. The Ross MKIII shown here by this soldier was replaced by a Lee Enfield by 1916. As it turned out, ammunition intolerances made for easy damage and misfires. Something you can’t have when facing an enemy. 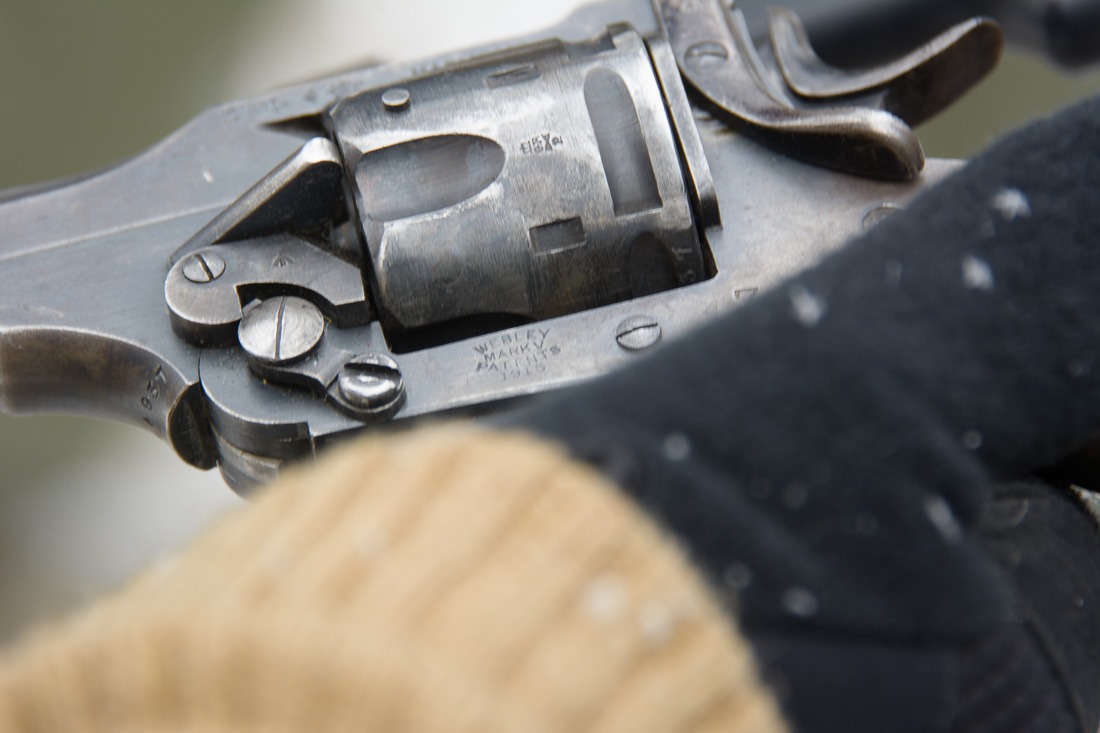 Handguns were given to the officers, like this Webley Mk V, later replaced by the Webley Mark 6, a more styled and rugged handgun than its predecessor. The above shot is from a service gun from 1915, only to have been disabled for safety purposes. The Mark VI I could have shot was only a BB gun. Not the most interesting 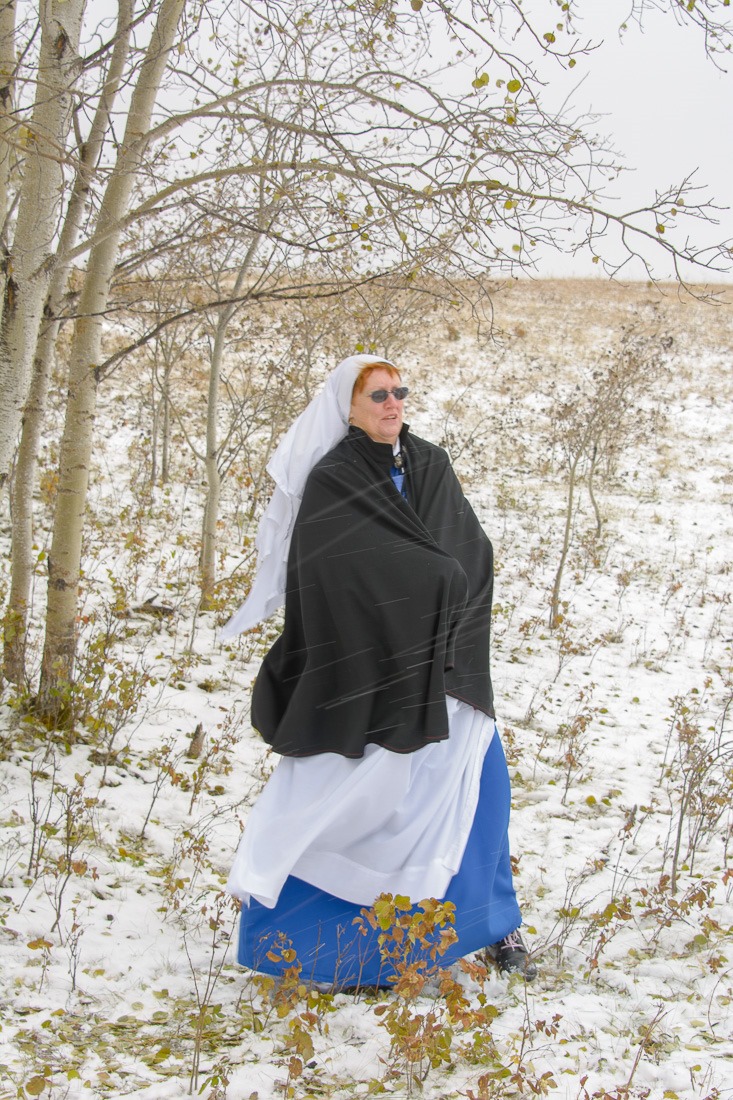 When there is war, there are casualties. Triage done on the front line, or better said, just behind the front lines sent the viable casualties further back, while the desperate cases would be given the last rites and some opiate if available. The above “blue bird” was further behind the lines to take care of the possible survivors. Dressed like a catholic nun, these women were often not even Catholics, let alone nuns. Their attire was, however, straight from the nunneries where they had trained. Due to the blue skirt, they were often nicknamed Bluebirds.

So what do the stories I heard have to do with World War I? Nothing. Holland remained neutral in WWI and didn’t participate. Something they believed would happen in 1939 and on as well. The Germans invaded Holland on May 10, 1940 and remained the occupants until May 5, 1945. 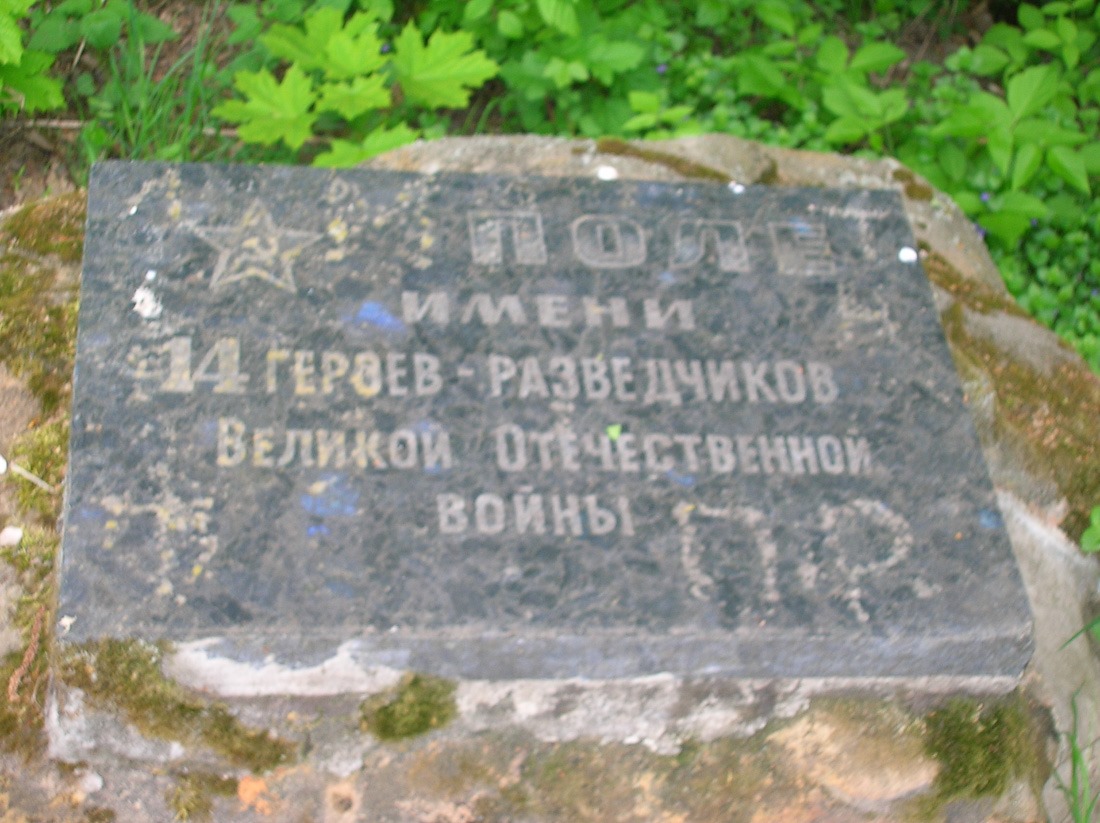 We often tend to forget that WWII was fought on many fronts, with heroes everywhere. Including on the Soviet side. I remember stories from my parents that people in churches were praying for the Soviet Army to succeed in the east. Markers for the heroic fighters can be found everywhere in the country, although many of them are now awfully neglected as if there is no more place for them in today’s society. The above plaque is for 14 reconnaissance soldiers.

The best story from WWII I have from my parents was the liberation of Leeuwarden, Friesland in April 1945. The Canadian 3rd Division had already liberated most of the north of the country, fighting fiercely with the German armies. When they were 20km away from the city on the evening of April 14, 1945, the Germans, hearing of the “awful” reputation of the Canadians, fled westward towards German strongholds. on the morning of April 15, the Canadian Dragoons marched into the city and took it without firing a single shot. Today many streets and plaques still honour the Canadians liberating the city.