Lately I see more and more people put to shame. Including myself. It seems that shaming photographers for the choice of their shooting location gives more satisfaction than looking at the quality of the pictures or the subjects themselves. Shooting train tracks is one of those reasons to go berserk it seems. Lately, the actions of a few irresponsible people that call themselves photographers have caused an outrage over shots of sunflowers on farmers’ lands. The same can be said for those shooting “dangerous” wildlife. 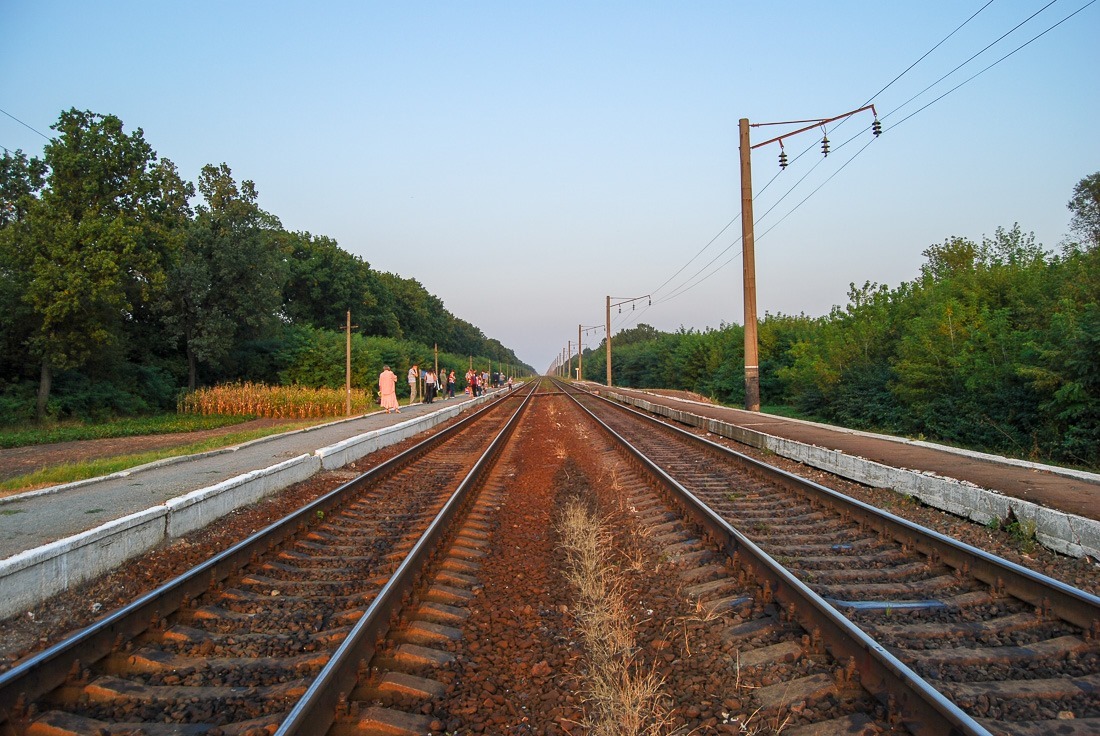 So what can you do to protect yourself from social media outrage?

I have a few ideas about that. People who know me personally  will tell you that I usually don’t mince my words. That may be funny or harsh, either way I am used to speak my mind. I am a big believer in personal responsibility. When you do something, stand for it, stick to it or admit that you’re wrong and don’t do it again. Shooting on train tracks is doable, but also generally illegal. You are not supposed to stay more than necessary on train tracks. You are allowed the time to cross them, but not to linger. 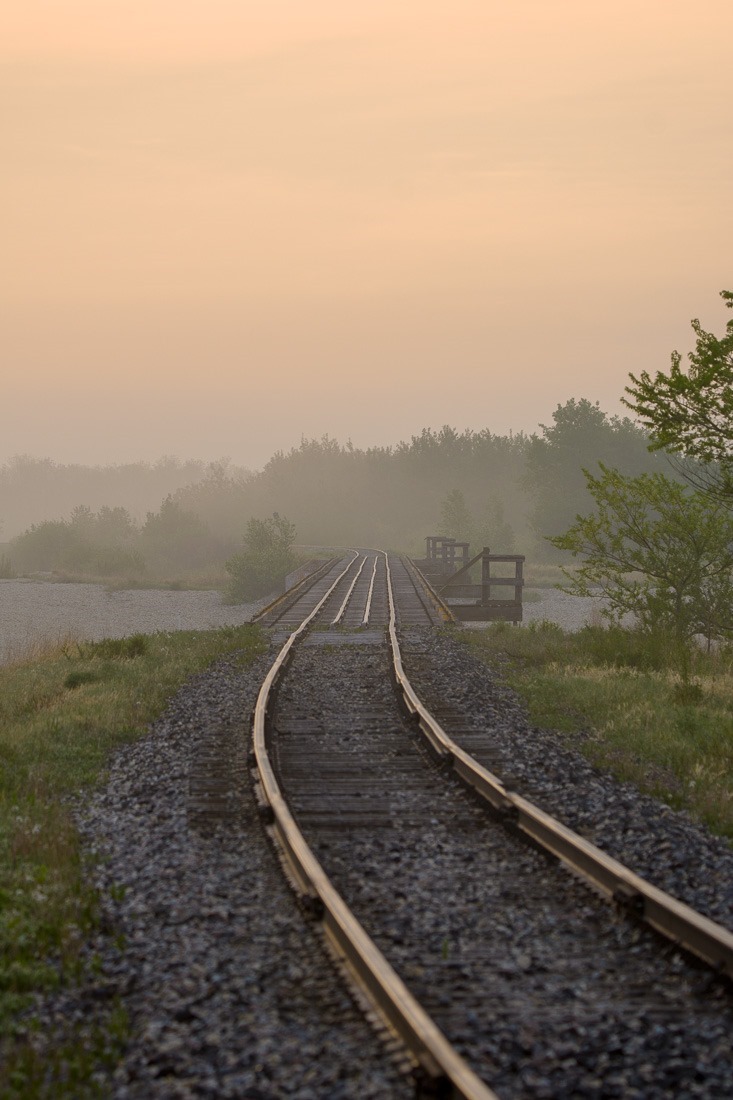 Shot from the side

That rule or law is not there just to bug photographers. It’s there to protect the railway companies from the damages a squished person can do to tracks and rolling material. Not to forget the psychological damages to the train conductor. It is not easy to forget that a person standing in front of your unstoppable machine is now mush underneath it. The damage to the psyche of the railway personnel is not without cost. So you stay off the track. Back in the day when I was a kid, we used to play on and beside live train tracks. We constantly kept an eye out for approaching trains and stayed clear of the tracks when they were passing. It looked like common sense to all of us playing there. 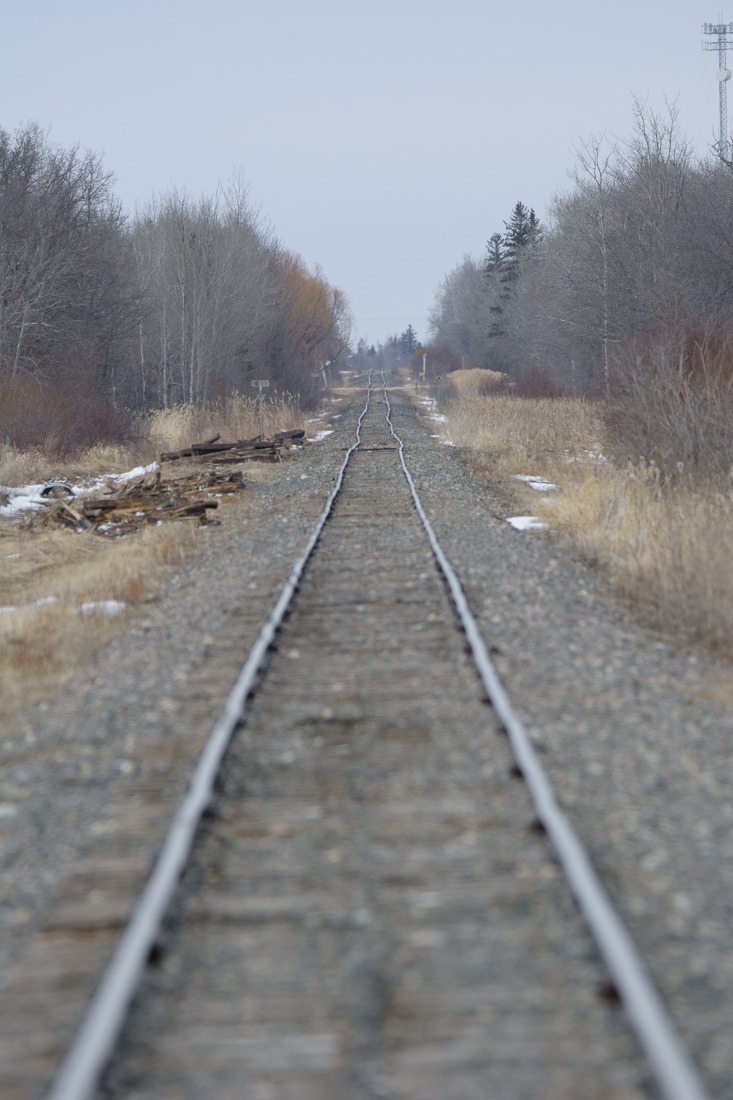 Then came the irresponsible kids that seemingly had in mind that a train would stop for them if they were still on the tracks. The trains didn’t stop. Outcry from the parents and railway personnel needed to be appeased by adding new rules and laws. So today a photographer cannot do a wedding shoot on railway tracks. Most certainly not after one wedding party was wiped out by a passing train. Was the train responsible for the loss of life? Or was it the photographer who thought he could pull this off without putting a watchman on the tracks to warn them of the oncoming trains? 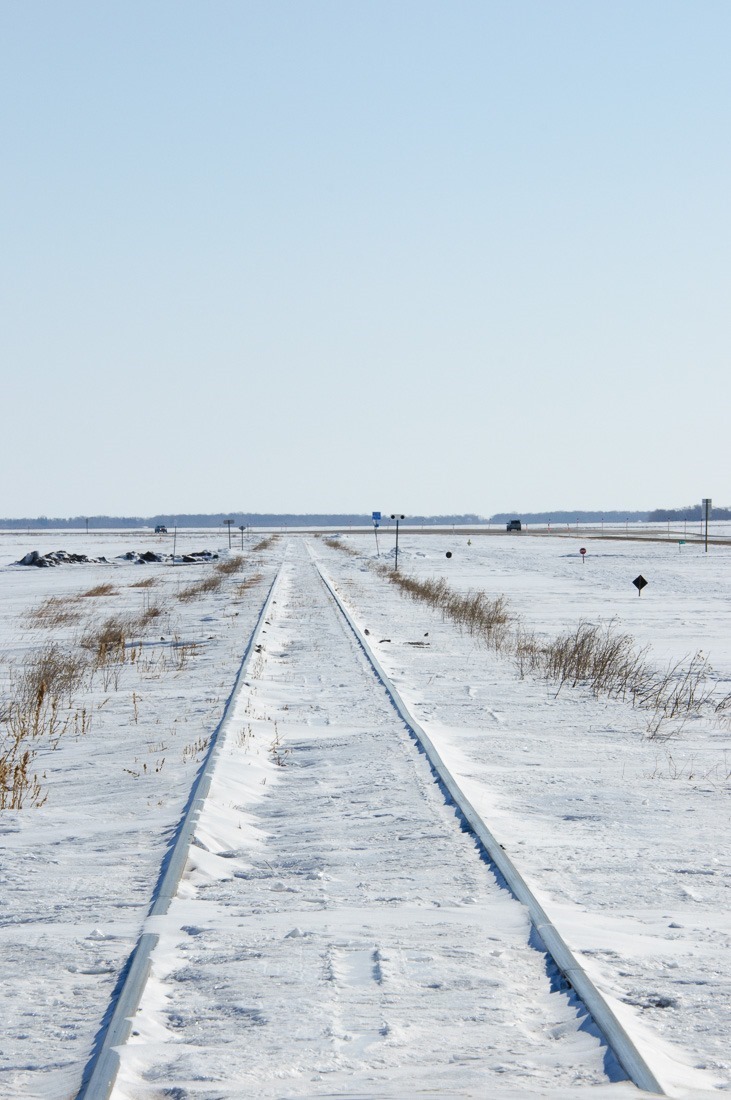 When I shoot tracks, I make sure they are empty. From. Both. Sides.

Sometimes it is obvious that the tracks are not in use, like in the above shot. Checking both sides carefully before shooting those tracks was still required. One never knows. 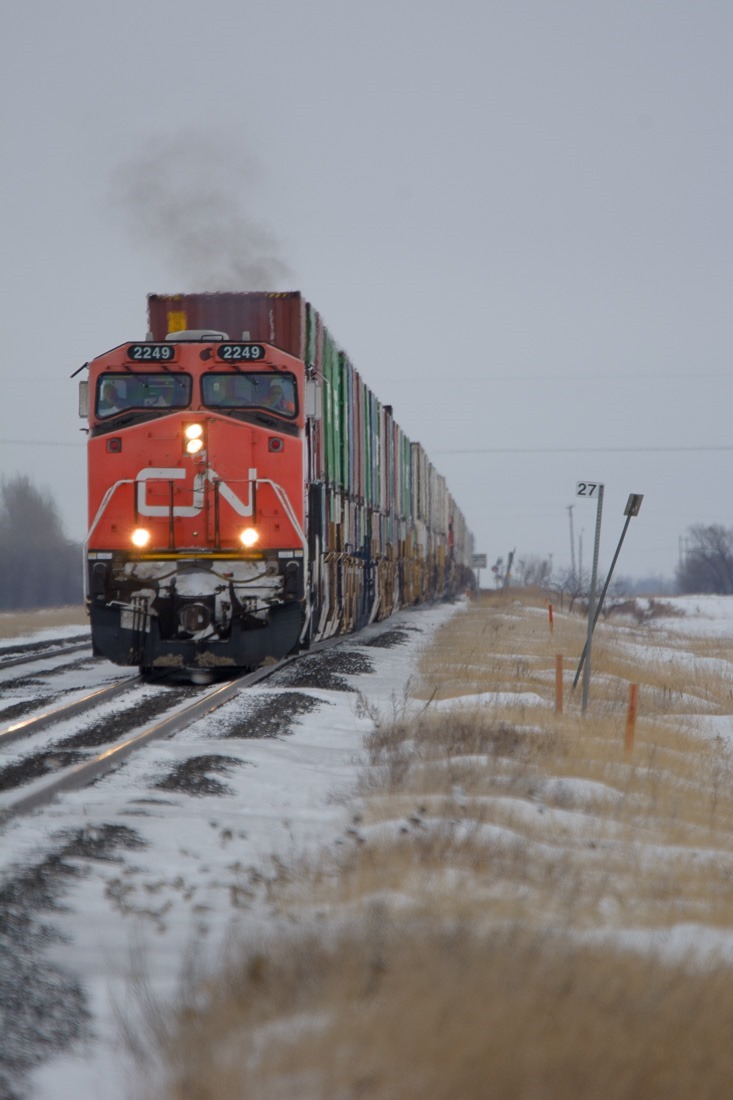 Other times, the tracks are already occupied. Easy to spot and nice subject matter. Also clearly a time to stay clear of the tracks themselves. Did the conductor go crazy over me shooting the train? Nope. A wave from both ends made sure that we both knew the risks we were not taking. Just a matter of being responsible. 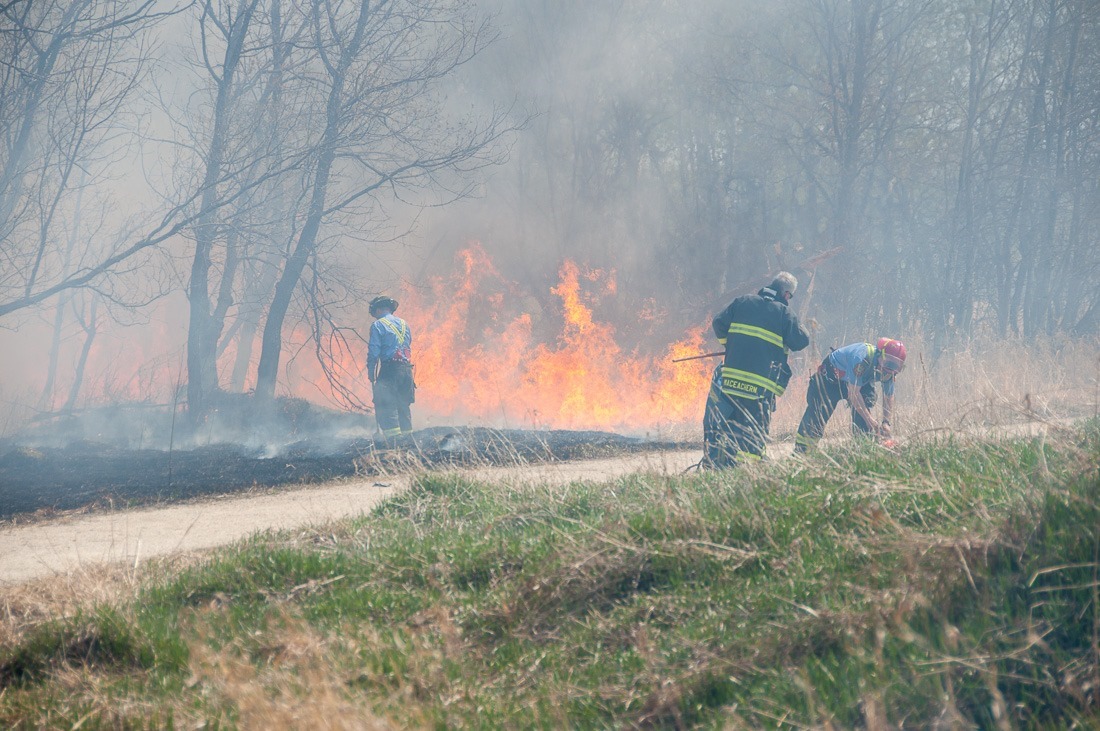 Fire in the Assiniboine Forest

Would anyone willingly step into an ongoing forest fire? Probably not. One might get burned, right? Right. Asking the by standing firefighters where I could get a good shot of the action was my first action before getting this shot. They told me that this spot had no risk of being on fire for at least another 30 minutes, so I would be safe there until they’d tell me to move. I got the safe, responsible shots, nobody was hurt and the fire was doused hours later. 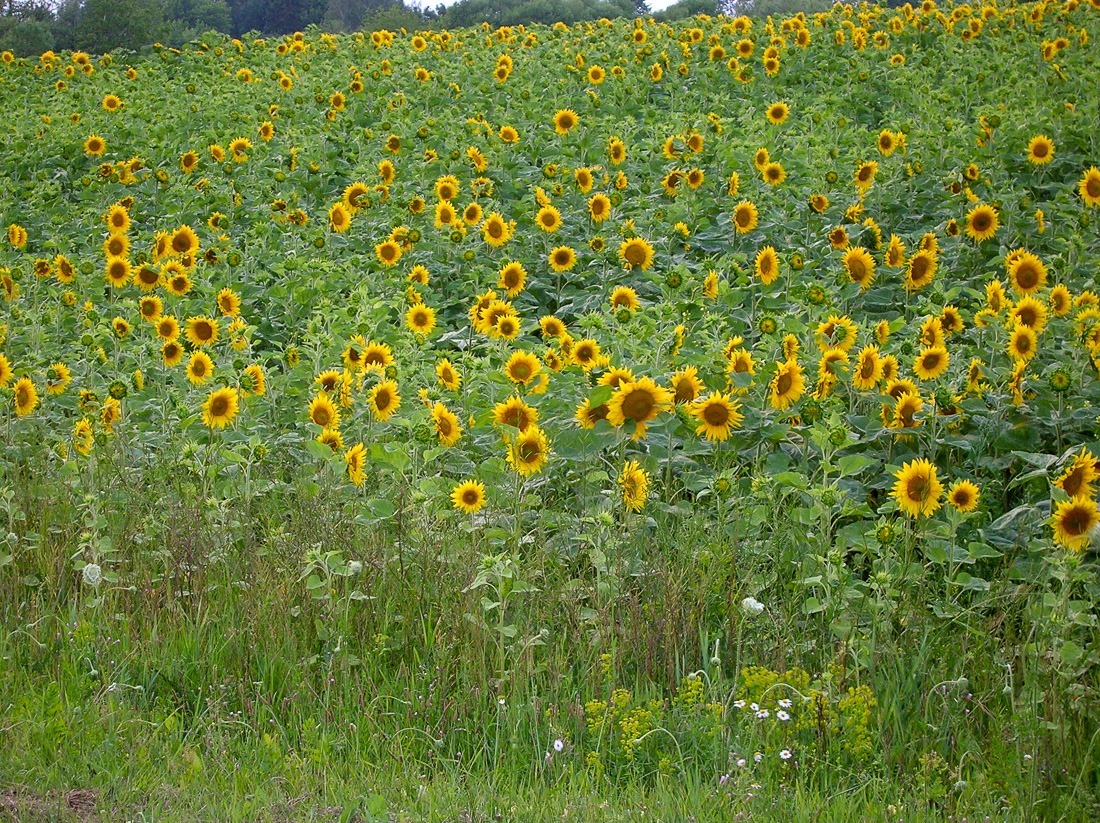 The latest shaming/outrage fad on Social Media are the sunflowers. While I haven’t shot them in Manitoba yet, I did so in Ukraine. Farmers in Ukraine come after you with their dogs or pitch forks if you come too close to their crops. Guess what? No damage to the crops by wild-footed people claiming to be photographers. Again, being a photographer, anywhere, means being responsible. If you can’t be responsible for yourself or your party, you shouldn’t be there.

Those who think that they are entitled to everything that’s out there without consequences should not be there. Responsibility is key. Damaging crops by walking through them, trampling the harvest is not responsible, it’s selfish. Farmers don’t grow their crops for pretty selfies or even beautiful photos. Because of a few irresponsible people, many farmers will now close their terrain to anyone who wants a picture. If you think it’s not fair, then ask the farmer upfront, before you start ruining their livelihood for a picture on social media.

Those who think that shaming photographers for their choice of location is good should also think again. There are highly responsible and careful photographers out there, as well as irresponsible asses. From the picture you cannot always see the difference, shaming them without asking about the facts first is as dumb as it is unfair.