We’ve all been in that situation. Shoot it or miss it. RIGHT NOW. Most of the time I missed it. I am a relaxed kind of guy. Push me too much, however, and I’ll bite. Not necessarily where it is appreciated. So how does that show in my photography? I understand that this is different for each photographer, whatever his or her perceived status (pro, seasoned, beginner, …). Is the rush visible in a photograph? Is preparation visible in a photograph? 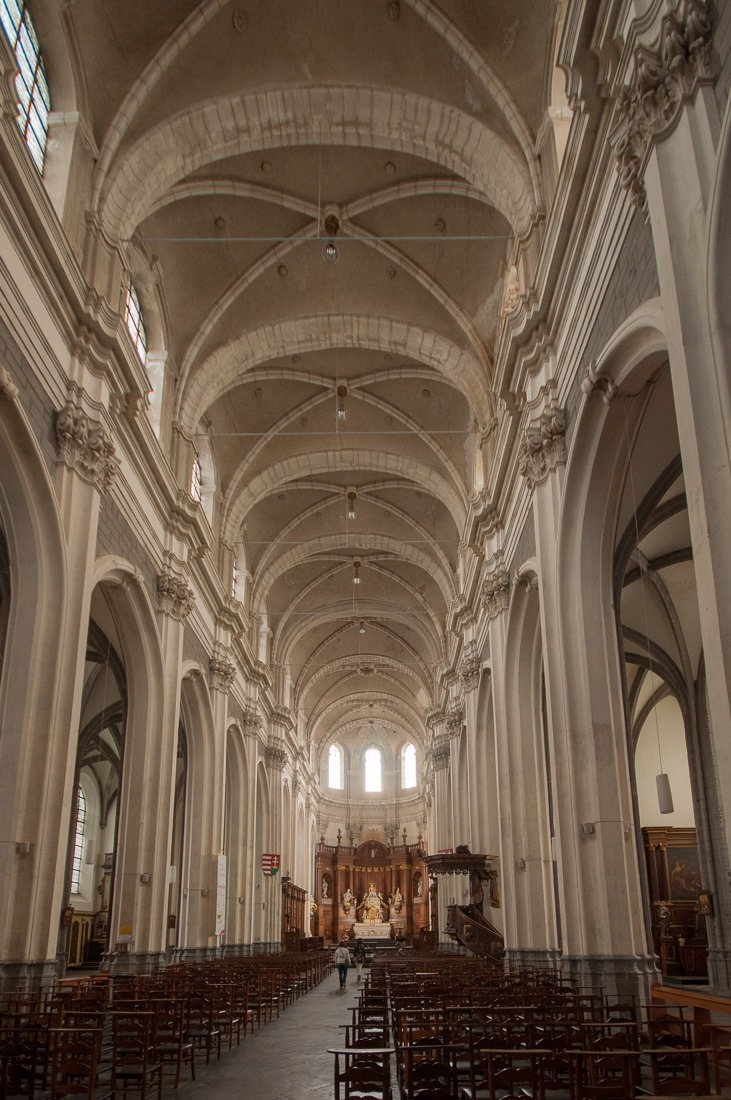 Let's find out. Some situations are easily recognisable, like this church interior in Belgium.

Seems like a well prepared shot. However, photography was not “encouraged” inside and taking shots had to be done in a hurry as soon as other people were in the shot. The sign outside notified us of this. The trouble with that church was that there were always people around, be they tourists or churchgoers. As a result, this shot was a rush job, underhanded, just shooting from the hip as they say. 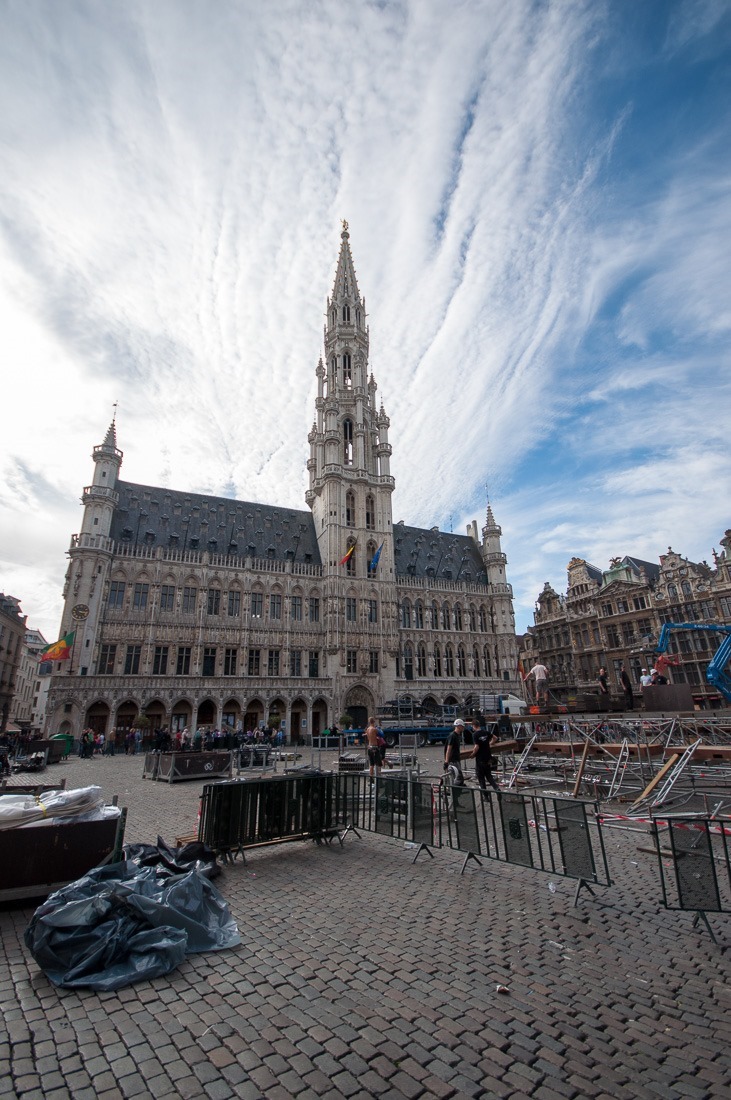 From that same trip, I can’t imagine it’s already five years ago, a shot from the Grand-Place in Brussels. The previous night there had been concerts here, but we didn’t attend. In order not to be crushed by trucks and roadies putting stuff away, this was again a rush job for a photograph. The fact that we were hungry and going for dinner in one of the fine restaurants bordering this place didn’t help. This shot could have been so much better if I had had more time to prepare it. 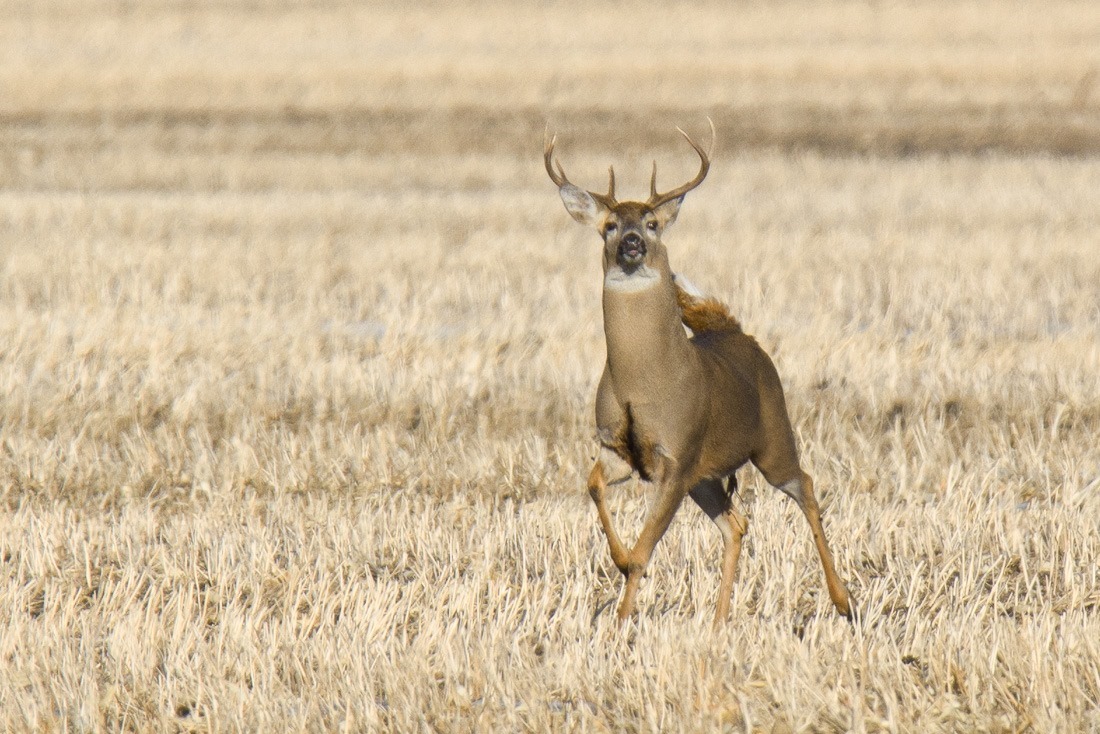 Wildlife is another subject for rushing a shot. They can be so quick and skittish that you hardly have any time to shoot them properly. This buck was quietly minding his business in a field. Hunting season had closed only a week before. As long as I was hidden inside and behind my car, there was no problem. However, that put the car in my shot and that was not what I wanted. So I prepared my settings and stepped out from behind the car. It took him about 0.3 seconds to spot me and bolt. However, I was prepared for that and got the shot. 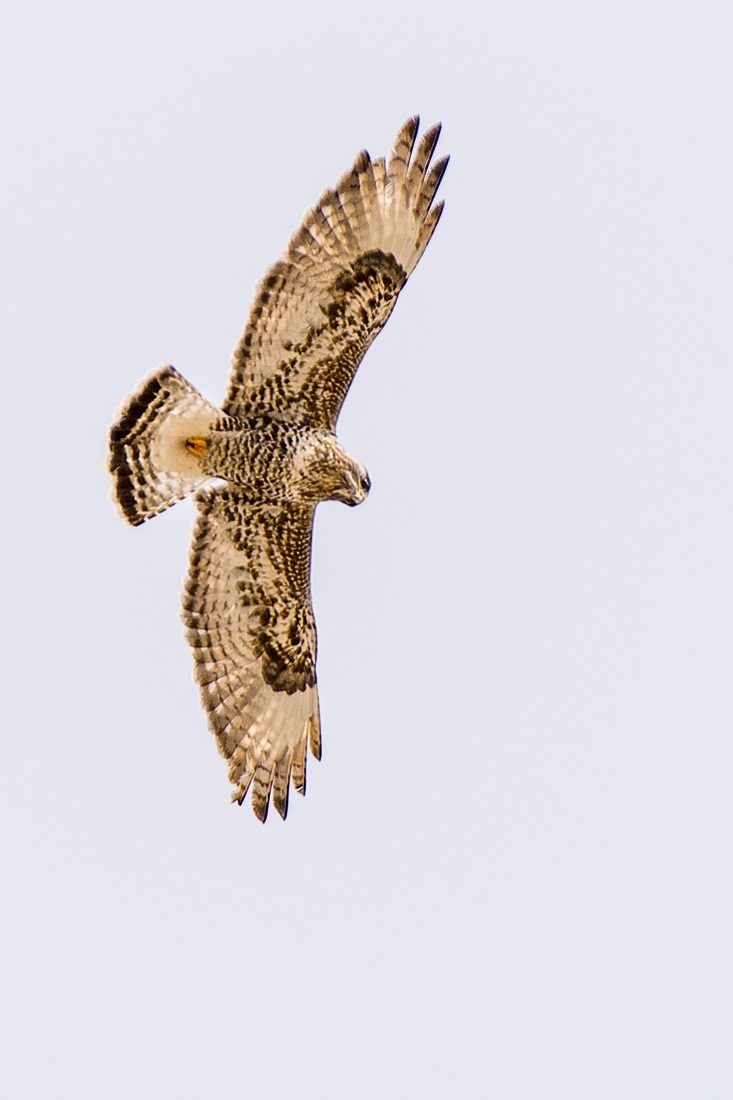 Other wildlife like birds are even faster. Between the time I spotted this hawk and I clicked the shutter, only a few seconds elapsed. Long enough for this one to climb about 300feet in the air and check me out from safety. However, at that distance, movements are greatly reduced and I could quietly prepare the shot. 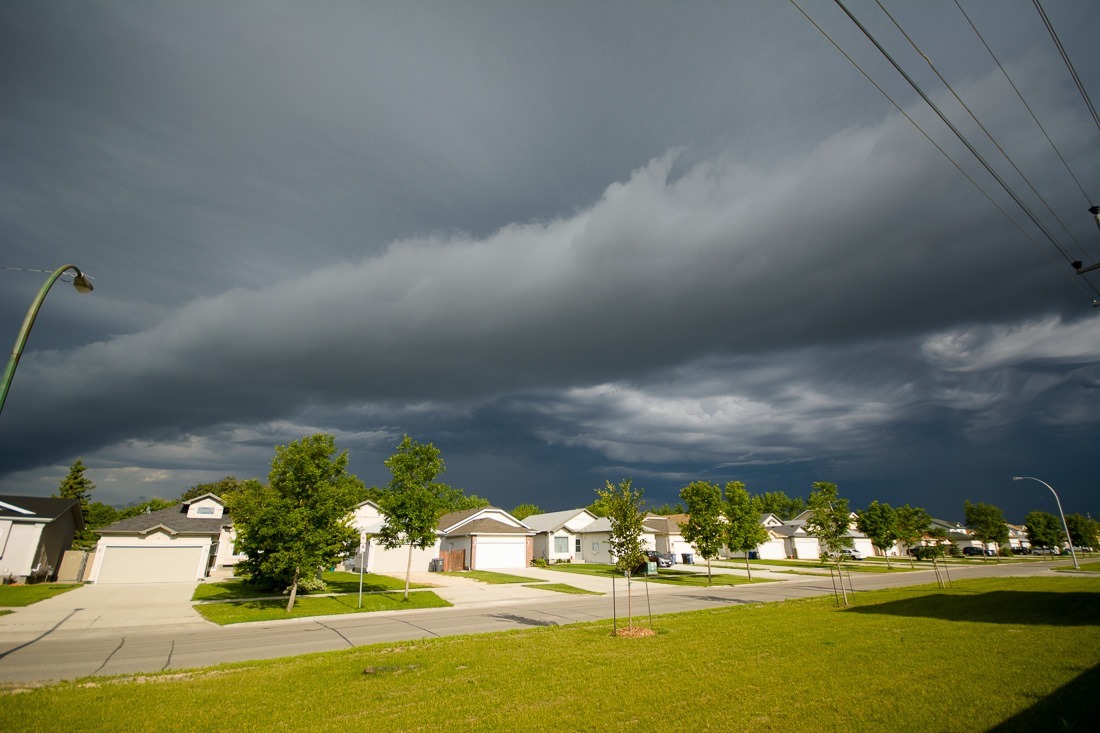 Most often, your subject will not wait for you. One morning, a friend called me during breakfast (a sacred time in the house) and told me to get my camera and get out. A series of roll clouds was passing over the house. Something you don’t get to see often. Rush job guaranteed, but the clouds were slow enough for me to prepare the shot and get a decent exposure of it. A few minutes later, these clouds had rolled along and heavy weather had replaced it. Sometimes you just got to be lucky and have vigilant friends. 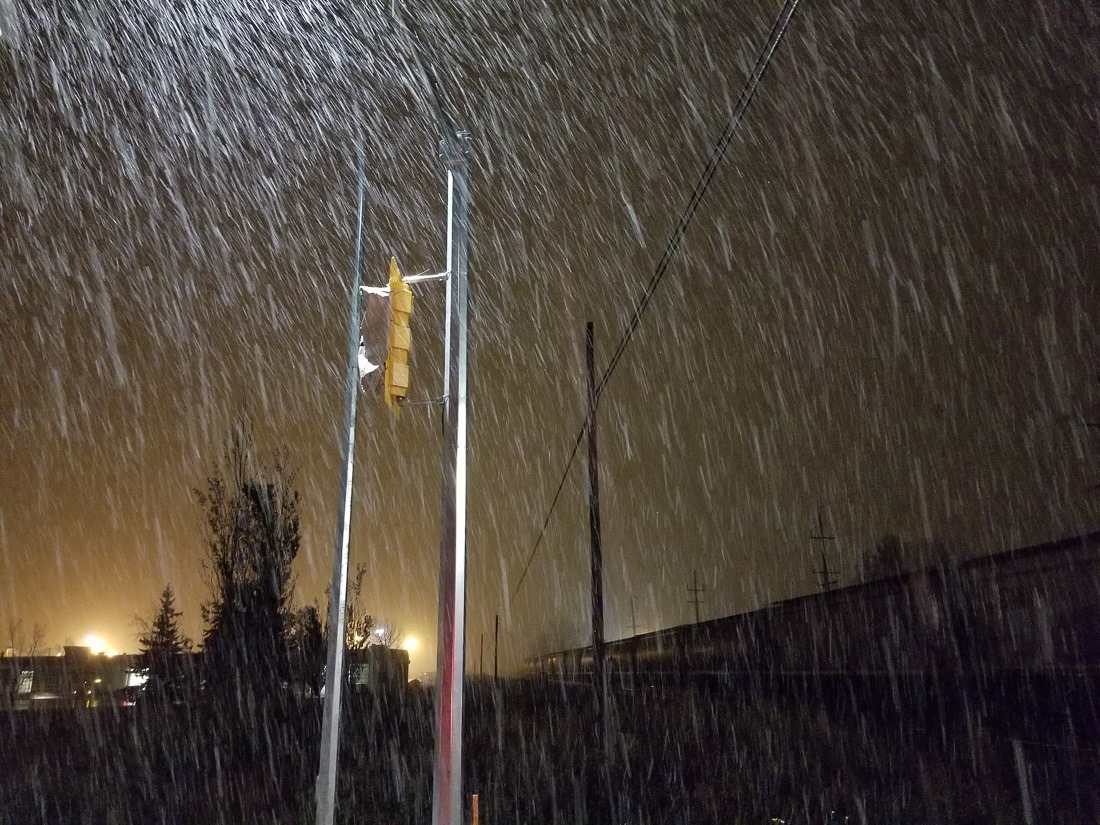 Waiting for a train can be a serious PITA, even more so if you are waiting at 4AM after a fairly reasonable night of aurora hunting. When I got near my house, the weather had changed dramatically and I was eager to get home. Then I looked outside and saw this wet snow falling through the light cone of a street light. A quick shot, no preparation at all. I’d say not much of a shot either but apparently my skills at speeding up “preparation” seem to improve. 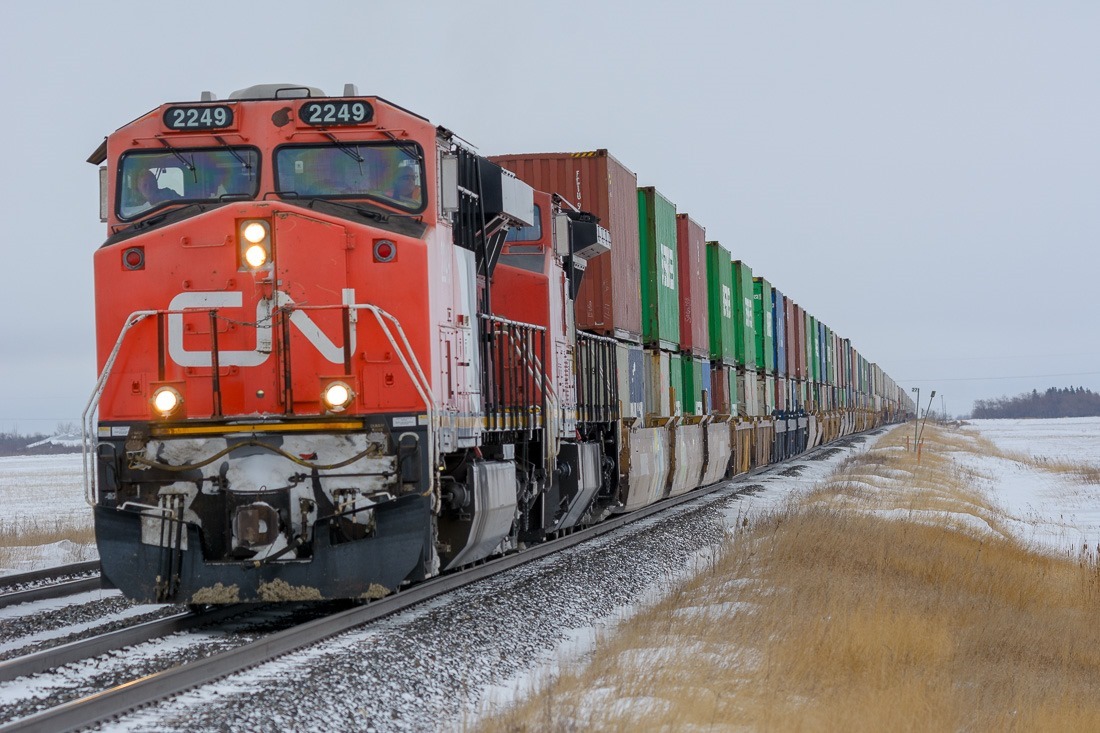 Something that always looks like a rush job is shooting approaching trains. Even more so if they are in the countryside, rolling at full speed. This one had different plans apparently and stopped a mere 30m away from me. As if they were waiting for the picture to be taken. No rush at all, just lucky and I could prepare the shot with some composition.

As it turns out, not all rushed pictures are bad and not all prepared pictures turn out great. However, one shot that I wanted was in preparation for at least two years. 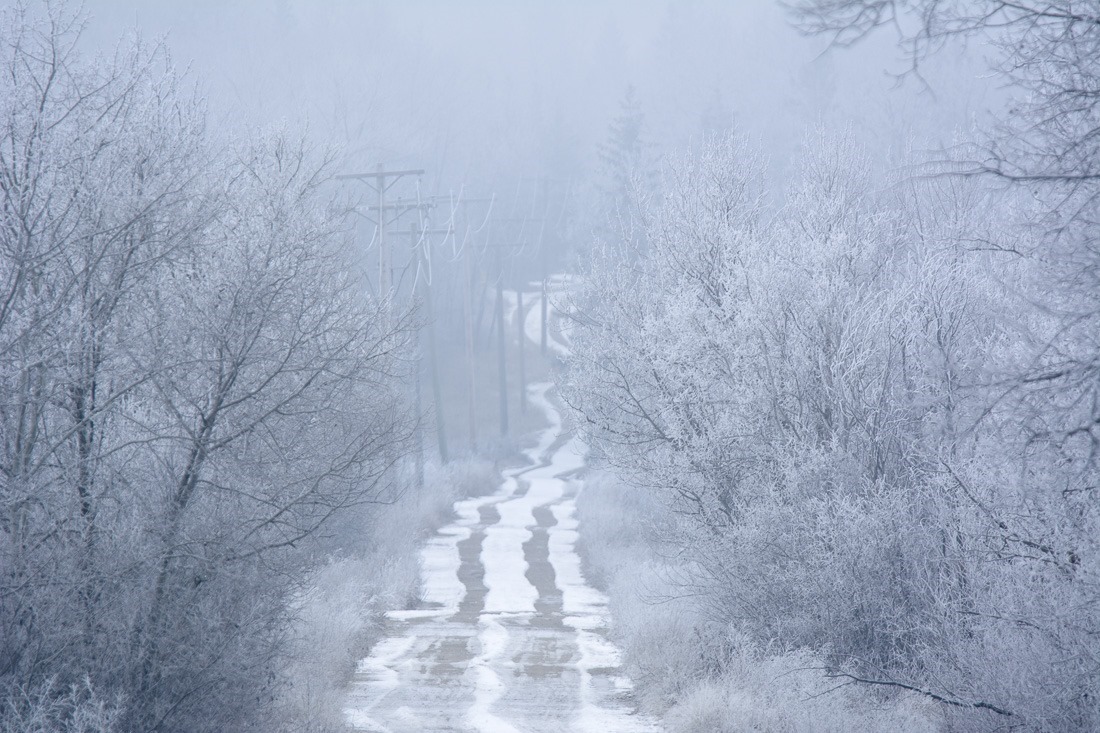 A small path in Birds Hill Park that is closed to the public. I wanted to shoot that with a very long lens (600mm) so that the depth was very compressed. Additionally, I wanted fog and some snow on the ground and on the branches of the trees. Finally, in the end of November 2016 the conditions were perfect. I got a few shots before the fog lifted.

Rush or not, you just have to be ready to shoot something. Having your camera in the back of the car will not get you the shot. Preparation, at least the minimum of having your camera shoot-ready is required to get something. Sometimes you have to bend the rules a bit to get the shot you want. Just do it but don’t go overboard and get yourself in trouble.

Be prepared for the unexpected.