Spring, the long awaited season, probably the most anticipated season of the year here in Manitoba. At least if you listen to all the people complaining about the weather since November. What better sign of spring than the first flowers of the year? I’m not counting the Orchids from the Orchid Show each year in March, those have been prepared for months before the show. No, I’m talking of wildflowers, the Prairie Crocus. 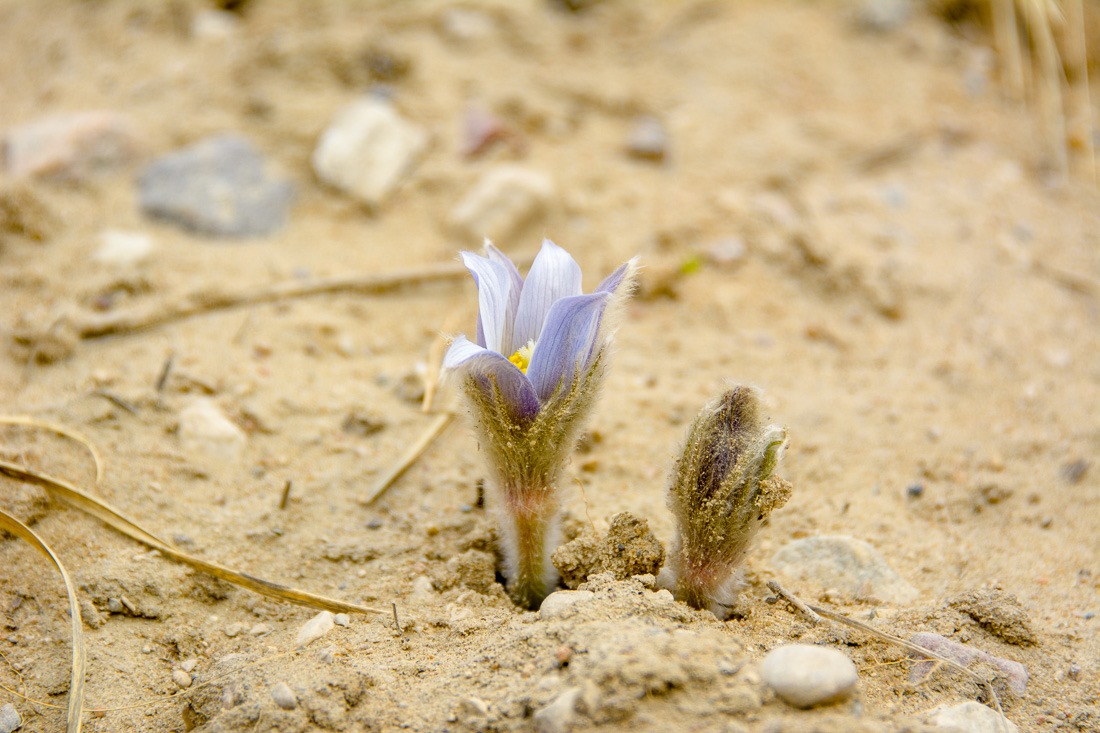 The Prairie Crocus, which is not a crocus in the first place, is the first wildflower to appear on the sandy grounds of Manitoba. They appear overnight. One day there is nothing to be seen, the next has plenty of fuzzy buds and small flowers.

Every year, photographers are rushing to find the first and post it on the Internet. Arden, the capital of the Prairie Crocus holds a contest every year for the best picture of that year’s crocus. This year they might have been in a pickle to get those new pictures as the crocus was a bit late in its appearance. Their website does not seem to show the 2018 crocuses for the contest. 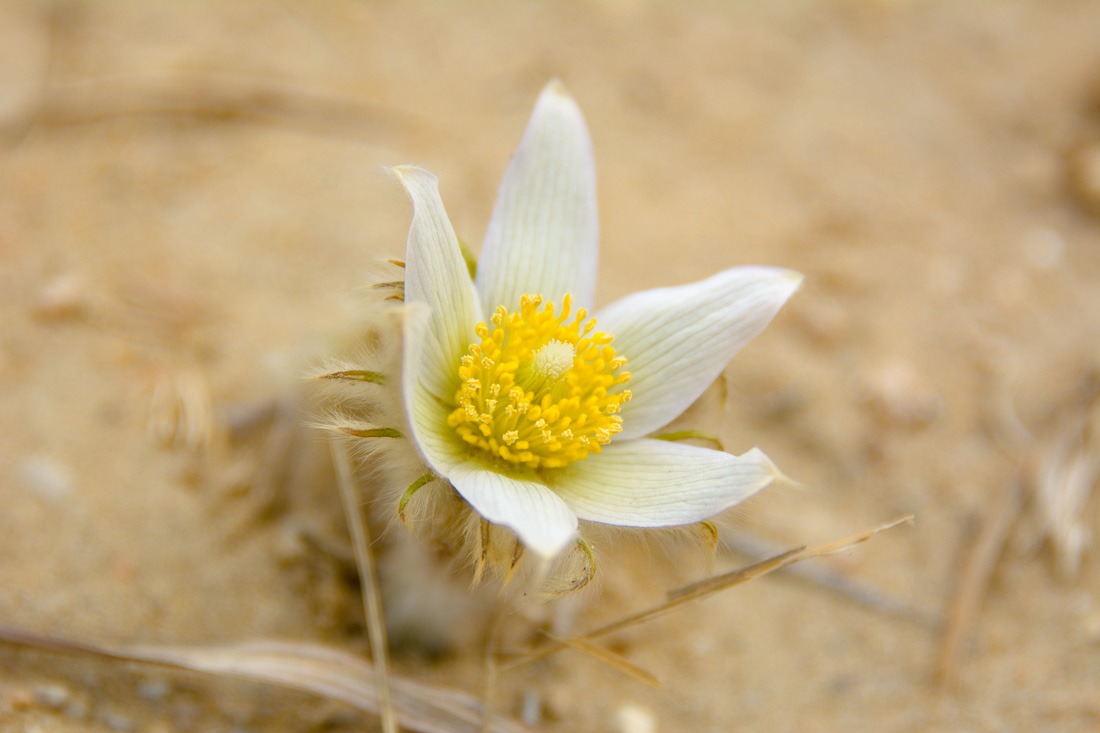 Last weekend (April 28) I decided to go and find the fuzzy flowers in the early morning. While the flowers are named “Crocus” they are a misnomer and are not a crocus at all. A few years ago I already blogged about the nature of the flowers. Slow your heart rate, induce abortion… not exactly friendly. But beautiful in all ways. So, back to that early morning shoot. 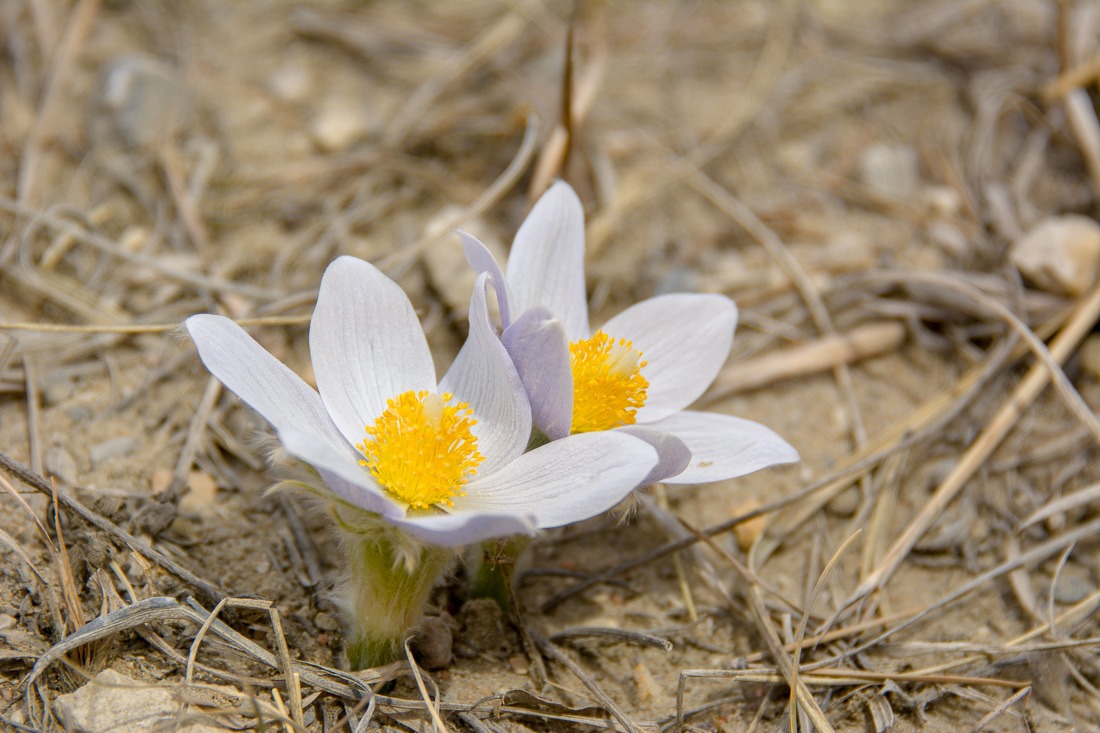 The crocus is called “Anemone Patens”, meaning that it will “move” during the day. Opening in the morning, closing at night. So early morning is probably the time when they are still closed. That is also the time when the fuzz around the flower will stand out in the correct lighting. As a photographer, you “make” the lighting. While I use Aperture Priority for most conditions, these flowers are not going anywhere soon, so Manual mode is then the preferred method for shooting. 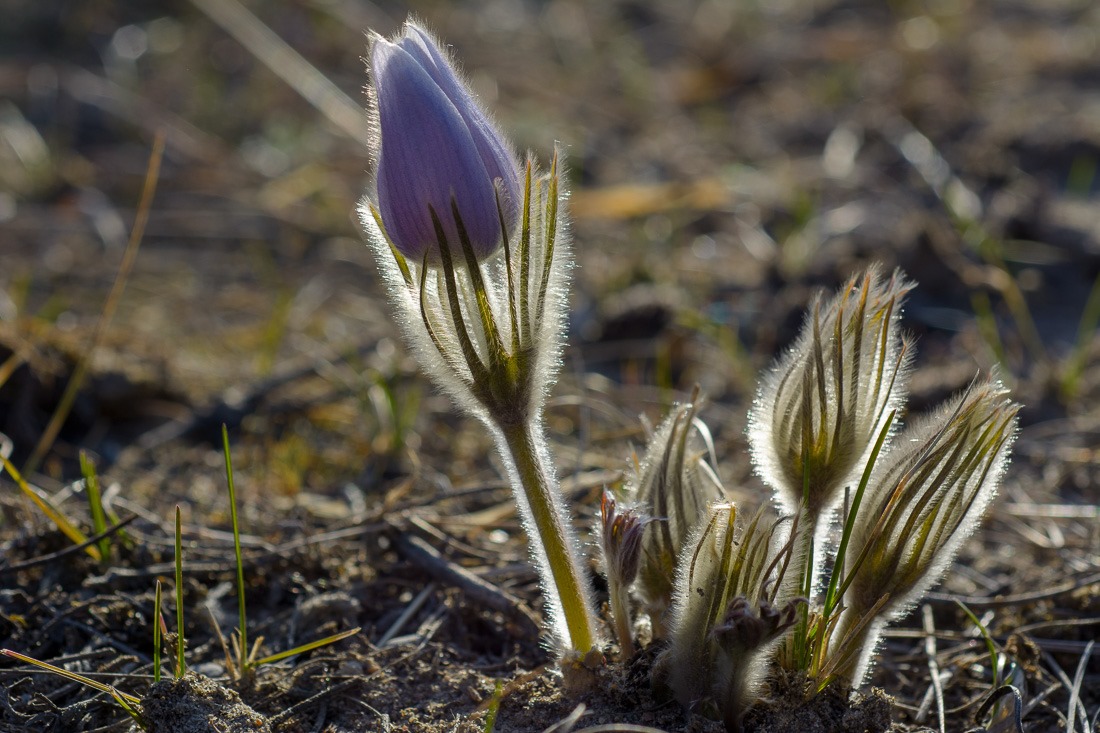 Shooting them against the light makes the hairs stand out. A little bit of light coming from the reflection of the photographer and you get the colour back in the petals as well. You have to be flat on the ground for this to work, though. This weekend, the threat of ticks and other unsavory insects was still low, next week they will be out too. They will make photographers think twice about going down on the ground. 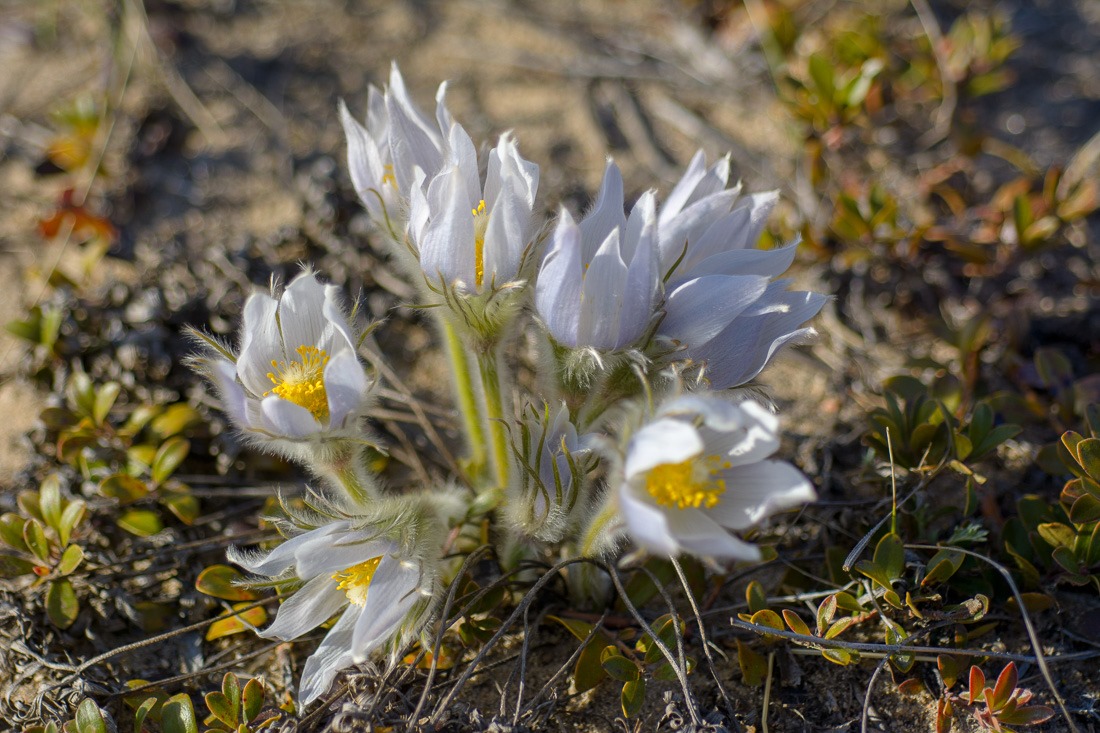 By then, we will be seeing the flowers from a slightly higher angle, like the above picture. It shows that the photographer cannot or will not get low enough on the ground to get the shot 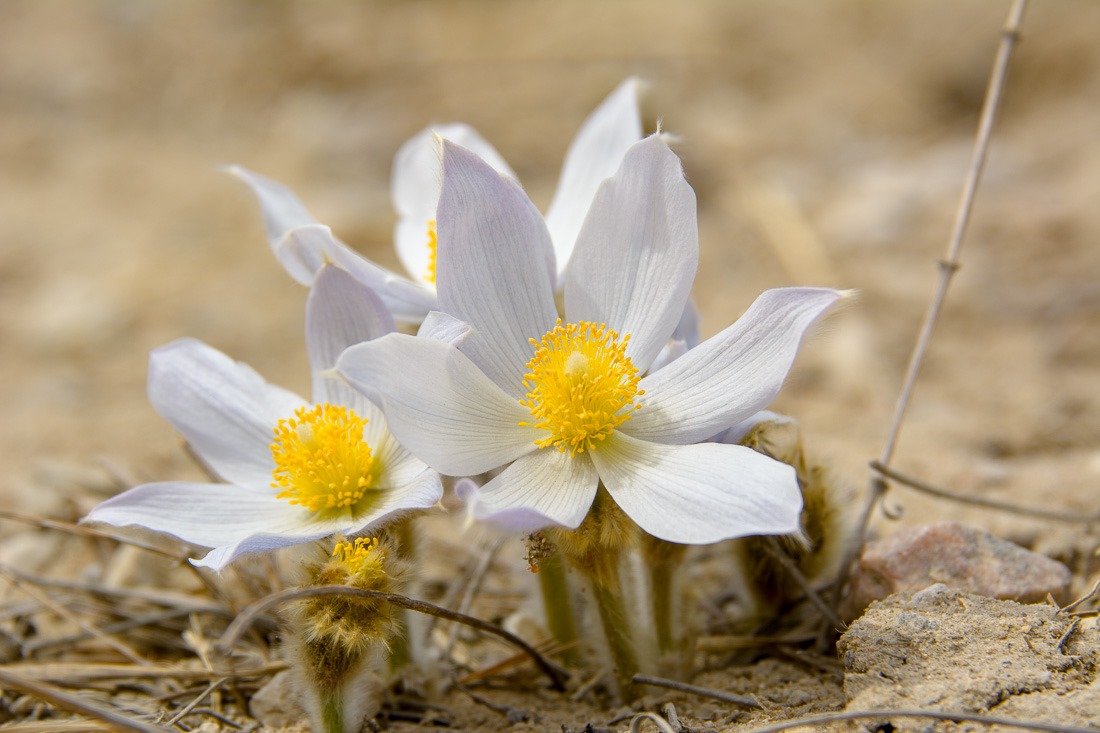 Then again, some of these flowers are growing higher on the side of the road, reducing the need for getting down so low that one cannot get up again without help. This still gives the impression of being “on the ground”. Some photographers do have another advantage, though. 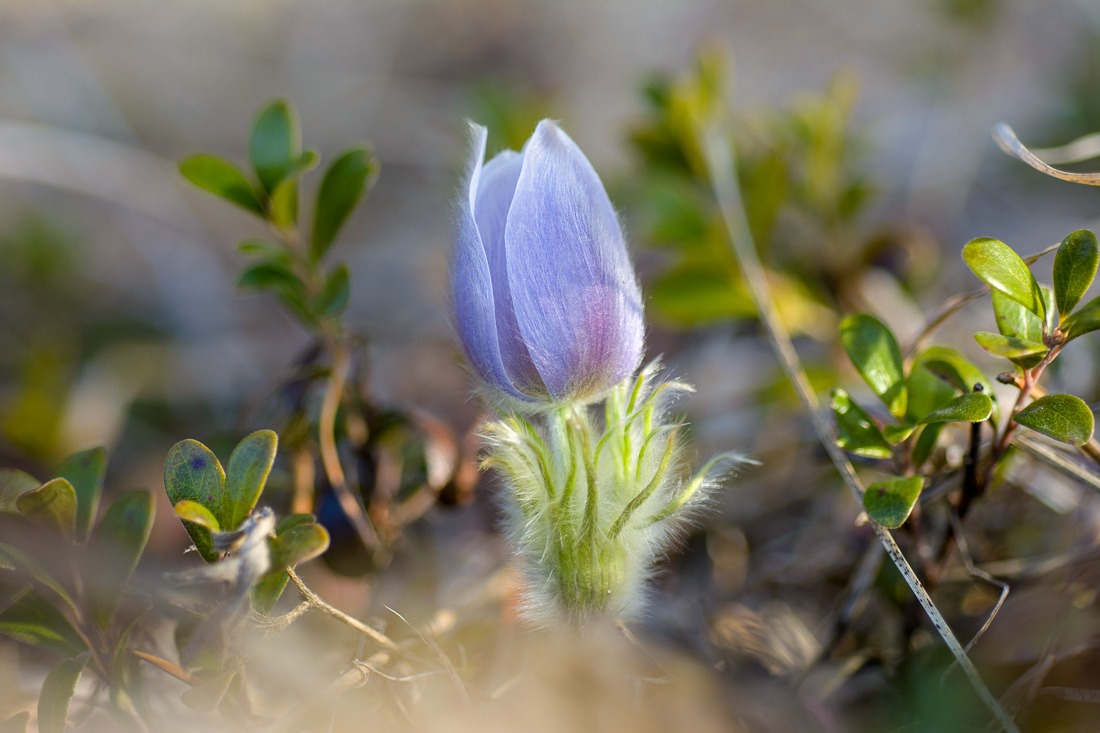 Their cameras come with a tilt/swivel enabled monitor on the back of the camera. Now you can tilt that up and put the camera on the ground. Use what is called “Live View” and shoot as if you were there. On the ground, I mean. Personally, I don’t have the orientable monitor on my camera, so for the above shot I was flat on my belly on the ground. Some grass blades were tickling my nose, but hey, that grass is also new for the season, let’s enjoy that too. 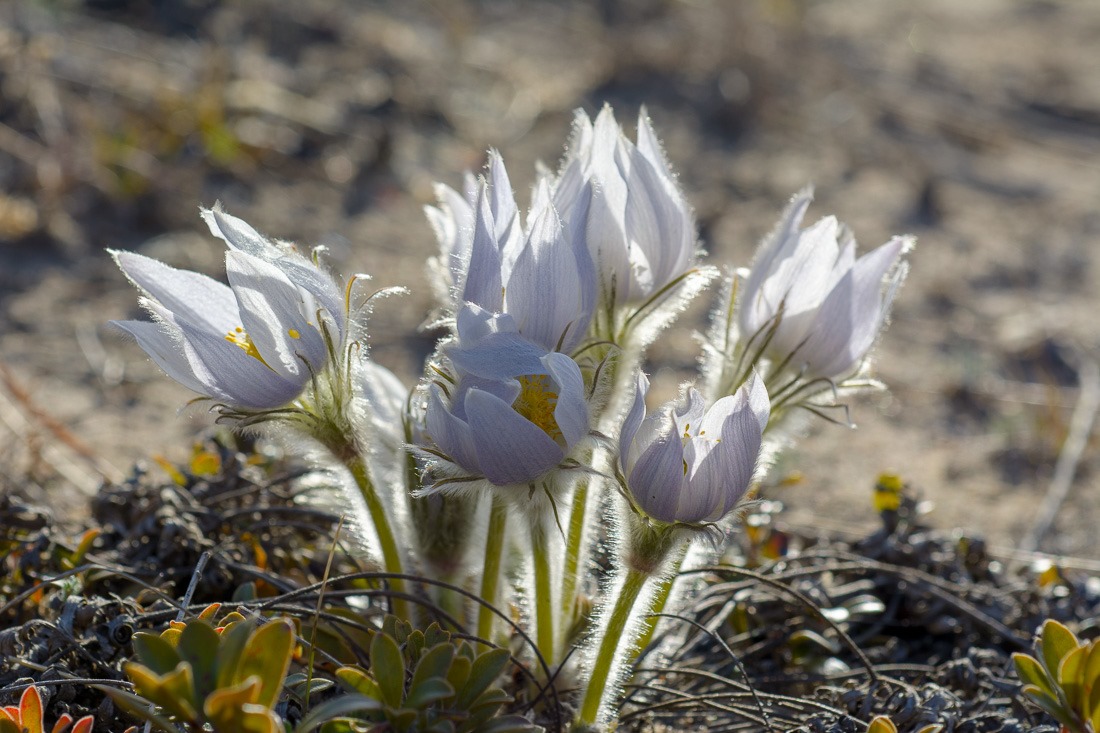 And talking of “enjoying”… I enjoy all the seasons here, even if some are a bit longer than the others. The first signs of each new season are always a pleasure to photograph. Hey, if you run out of ideas to shoot during one of the seasons, you still have the archives of the previous seasons and years to present some nostalgia, right?

For now, Spring is here, and I intend to enjoy it as much as is possible.