Sometimes people ask me what gear I use for night shots. Well, apart from my cellphone that decidedly sucks at night shots, I’d say “anything goes”. 13 years ago I had the opportunity to get my first digital camera. It was a big deal for me. After a hiatus of nearly 15 years, I finally had a camera again. The first thing to try was of course family portraits and landscapes. 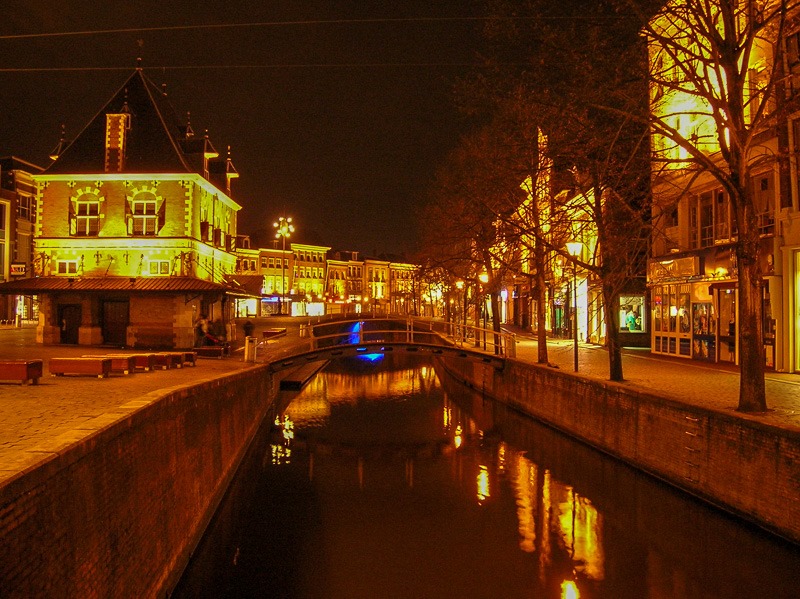 Then came the more challenging shots. Macro shots and night photography. You wouldn’t expect night photography to go well with a small point and shoot. Even worse, those things are nowadays declared obsolete and are hardly for sale anymore.

But in 2005, they were very much alive and smartphones still had to learn a lot. Ever since one of my brothers in Holland came home with a stunning winter night shot from Switzerland, I wanted to shoot the night. Photograph the night like no human eye would ever see it. In 1991, my SLR got stolen and since then I had had no chance to shoot a single picture. So, in 2005 I got myself a Nikon Coolpix with 4.6Mega Pixels, a video mode, but no sound. 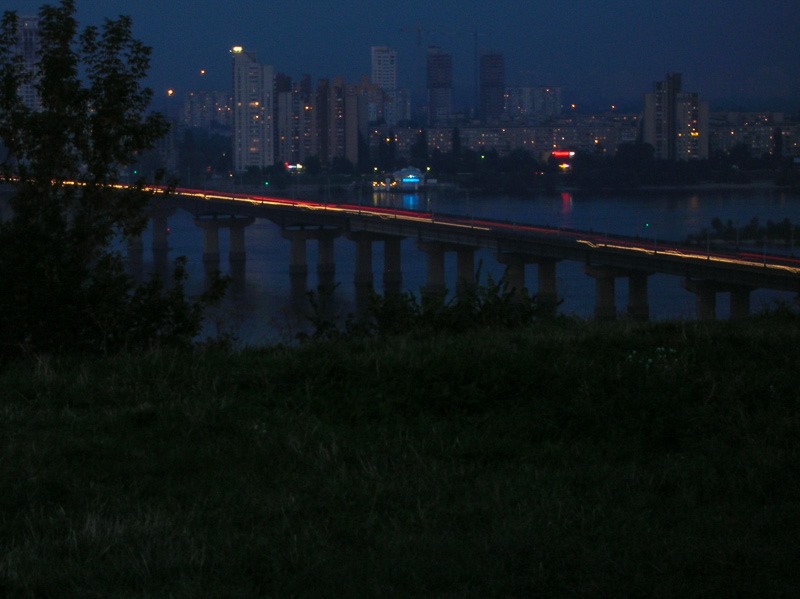 When I looked at the video quality, I didn’t regret that there was no sound, nothing there to be had; real video cameras even in 2005 did a far better job than this Coolpix. But for doing night shots, well, I had to work and practice. Learn, Learn and Learn, as V.I. Lenin would have said. Well I did shoot Lenin in the night as can be seen in this post. Lenin was a bit shaky and blurry, holding a camera perfectly still for 2.5 seconds with some home made vodka in your veins is a tall order. Better use some sturdy surface to steady the camera. The above light trails were one of my first attempts at light trails. 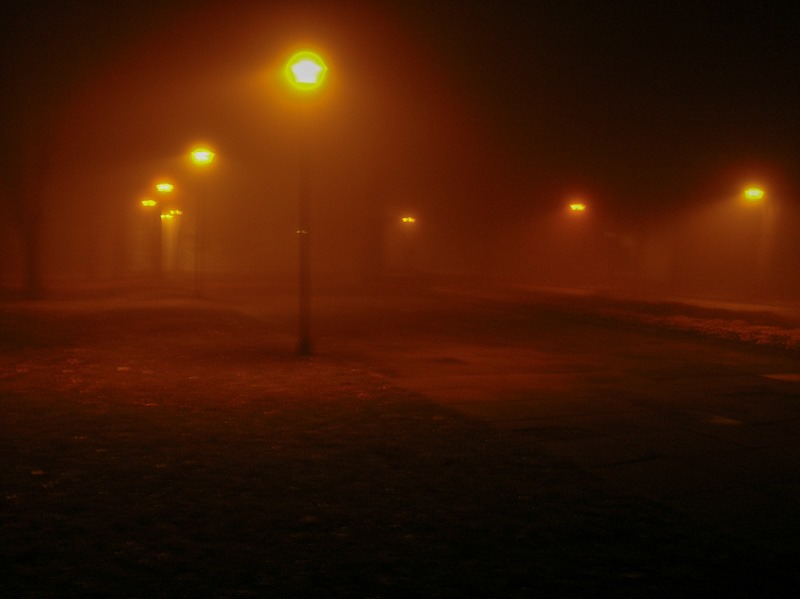 Then came the misty nights shots. No more mist from homebrew, just regular, water vapour in the air. Tree trunks, as it turned out, were not as stable as they promised. The mood is there, but not so much the quality. At that point I started to doubt that my camera would ever do something decent in the night. But perseverance prevailed. 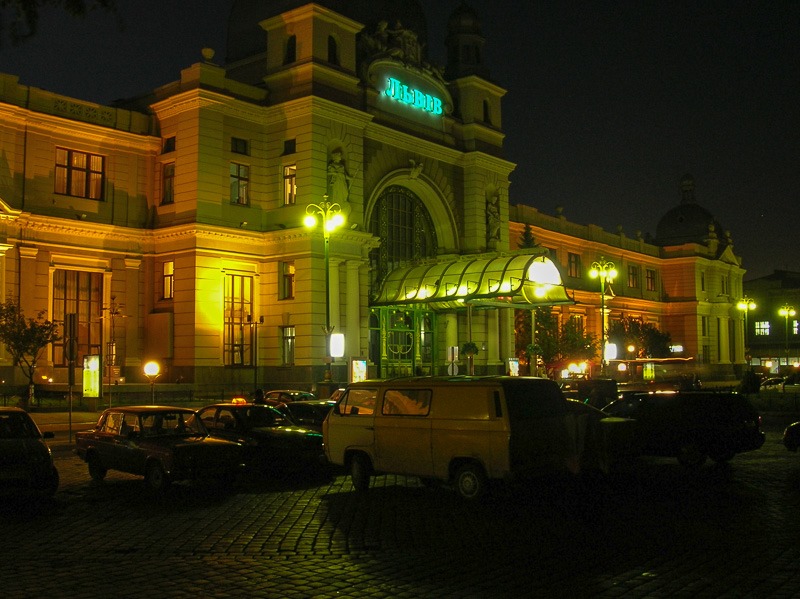 With some more steady surfaces and some tricks like using the self timer and let the camera do its thing, the pictures got better.The lead picture of this post was such a shot. The above shot in L’viv in Ukraine was another. The pictures were getting better, but not so much for the composition. Beggars can’t be choosers and I didn’t have money for a tripod at the time. 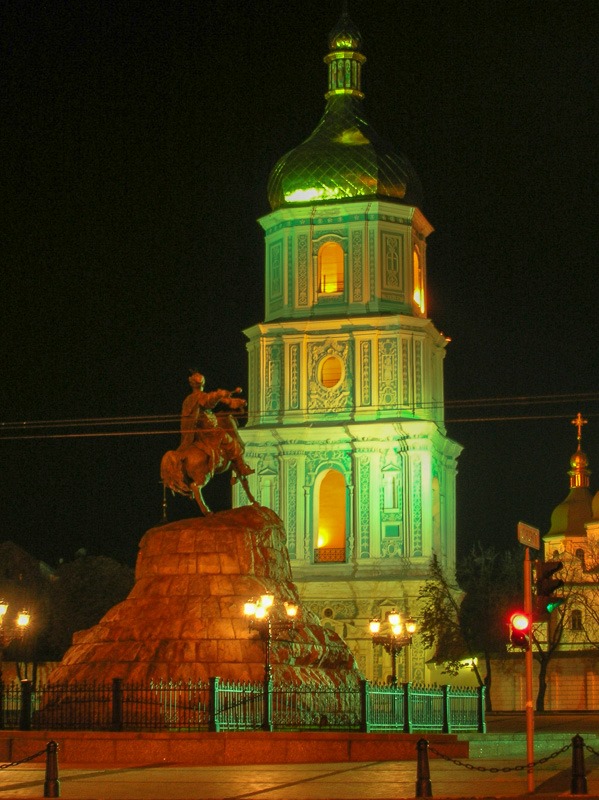 So, instead of buying a tripod, I decided to find better surfaces for my camera, and adding a little baggy of sand or rice (depending on the groceries we had just bought, the composition also got better. Bogdan Khmelnytsky on his horse would still remember me taking that specific picture. Nobody in Kiev was ever walking around with a camera at night. Not so much that there were no cameras, mostly the cameras that were there didn’t have the photographers to take these pictures at night 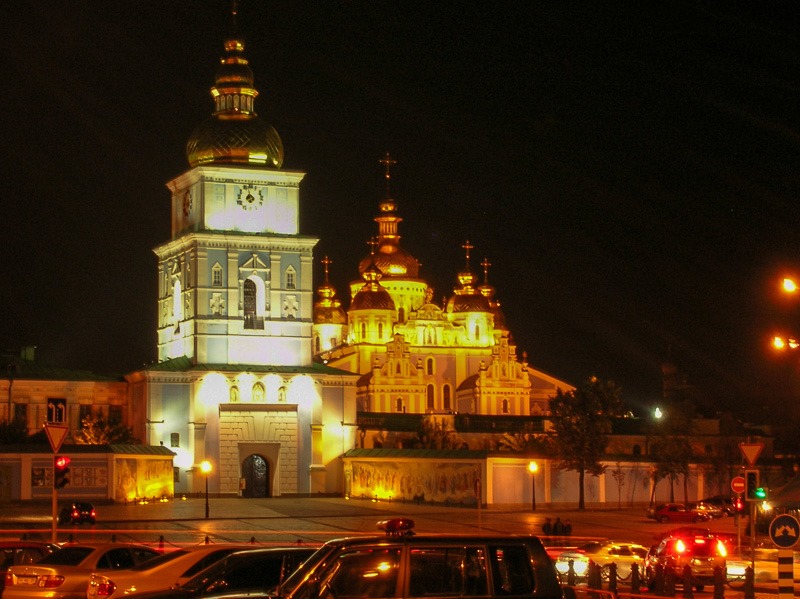 By finding suitable surfaces and a little bag with sand or rice, I was able to get decent night shots. Today, those shots have gotten better with a DSLR, but the quality of the “old” pictures is quite good. 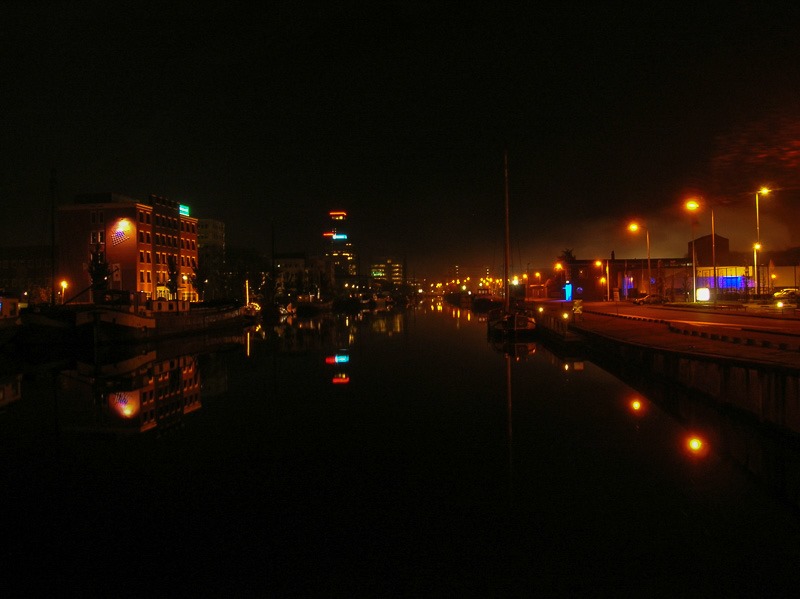 With the sandbag method, bridges and water quickly became my favourite subjects. Bridges always have railing to prohibit people from jumping and the posts are quite sturdy. Moody pictures guaranteed.

Saying that one cannot get decent night shots with a point and shoot is now proven wrong. I am happy that I still have that little piece of equipment, even if it only shoots in JPG and has a mere 4.6MP on the sensor. It still takes better night shots than my cellphone. The cellphone had hardly any means to stay propped up as expected. The glass sensor surface will always make sure the camera will shake during the exposure. No night cellphone shots for me.